With overcast skies, rain and major storms threatening all weekend, the 2015 Red Bull Grand Prix of the Americas went off with only a minor hitch (debris on the track prior to start). Just before the race, the skies opened up and the sun broke through, lighting up the brilliant red, white and blue track elements. Red Bull racer, Spaniard Marc Marquez, pulled off the “three-peat” with his third consecutive victory at the annual event held at the Circuit of the Americas in Austin, TX. 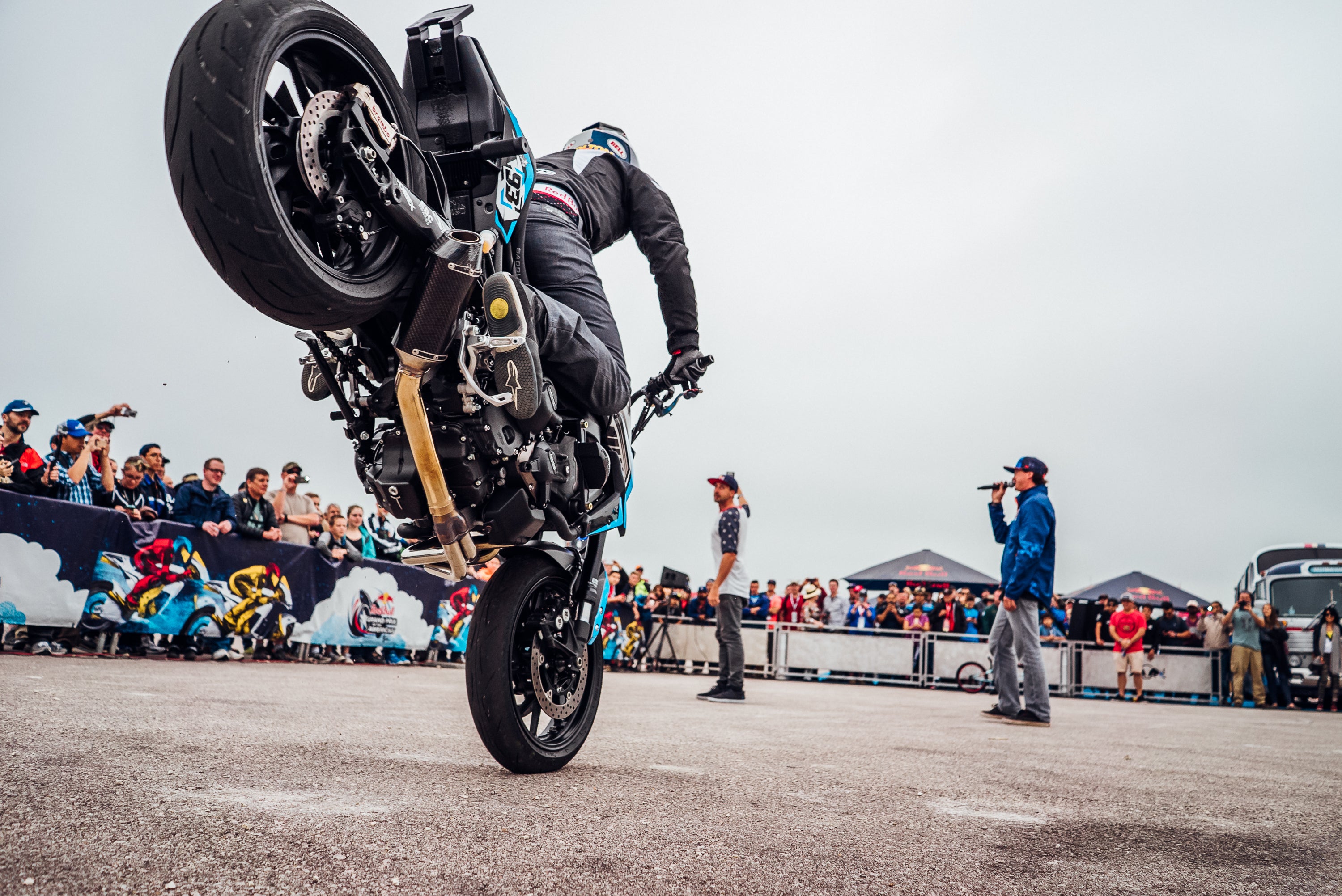 I packed relatively light for the event, considering the number of 600mm bazookas being hauled around by circuit photographers. The Sony a7II, a7S, the new FE 28mm f2, FE 55mm f1.8, Minolta High Speed APO 200mm f2.8 (A-mount) and rain gear were all stashed away into a small Think Tank backpack.
For Saturday’s qualifying, using the adapted Minolta (a legendary lens) was like bringing a knife to a gunfight. The combination of 1987 screw drive AF motor and adapter just couldn’t keep up with the action, even with the a7II advanced AF tracking. Luckily, Sony had the FE 70-200mm f4 enroute, with a just-in-time delivery for Sunday’s race. 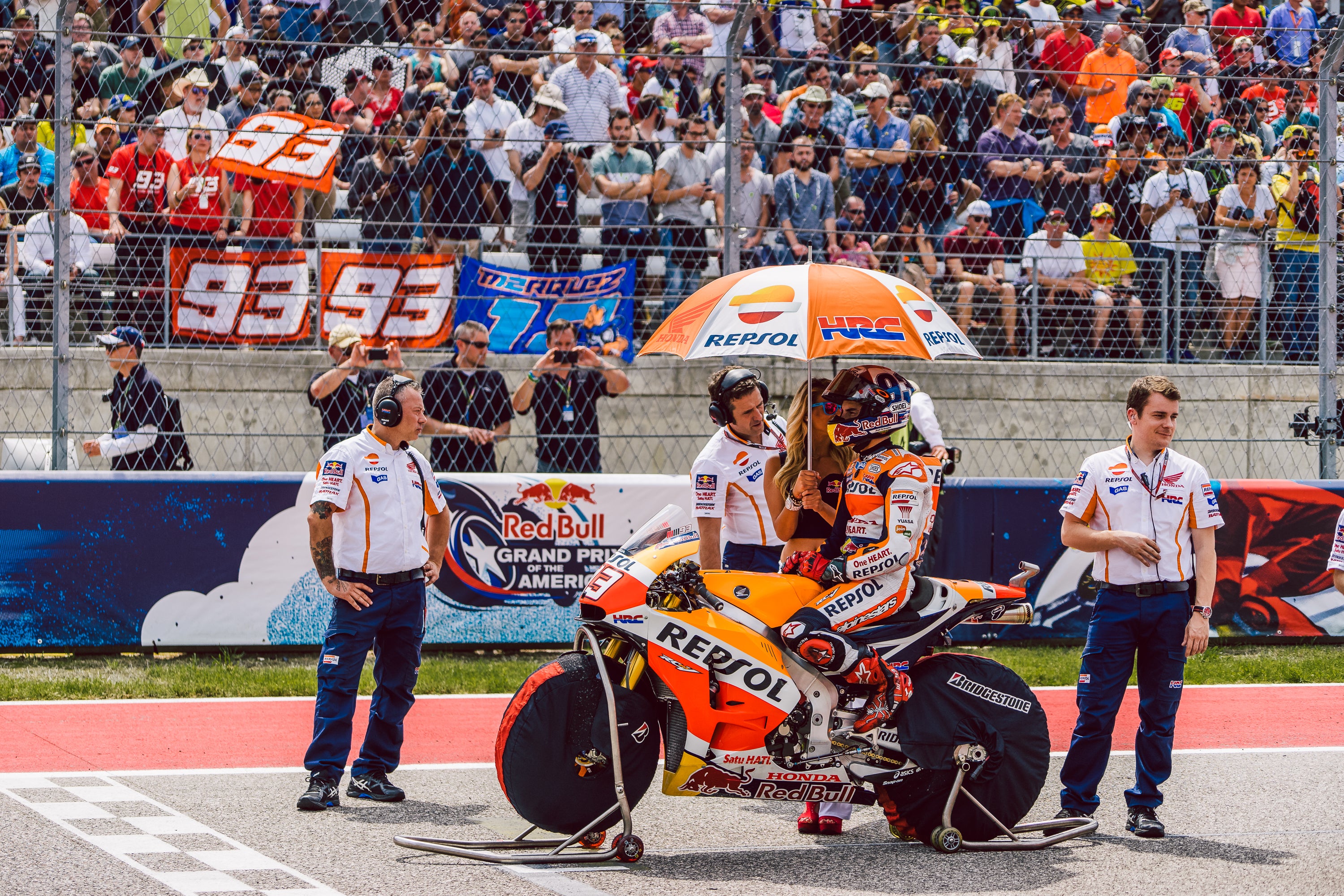 What a difference the native FE lens made for AF tracking. On the a7II using Pre-AF, CAF and tracking, the lens picked up focus almost instantly and was able to stay on subject during some of the fastest racing on the planet (220mph on the straights). Certainly, the combination had its limits but I was more than satisfied at the number of keepers it produced. 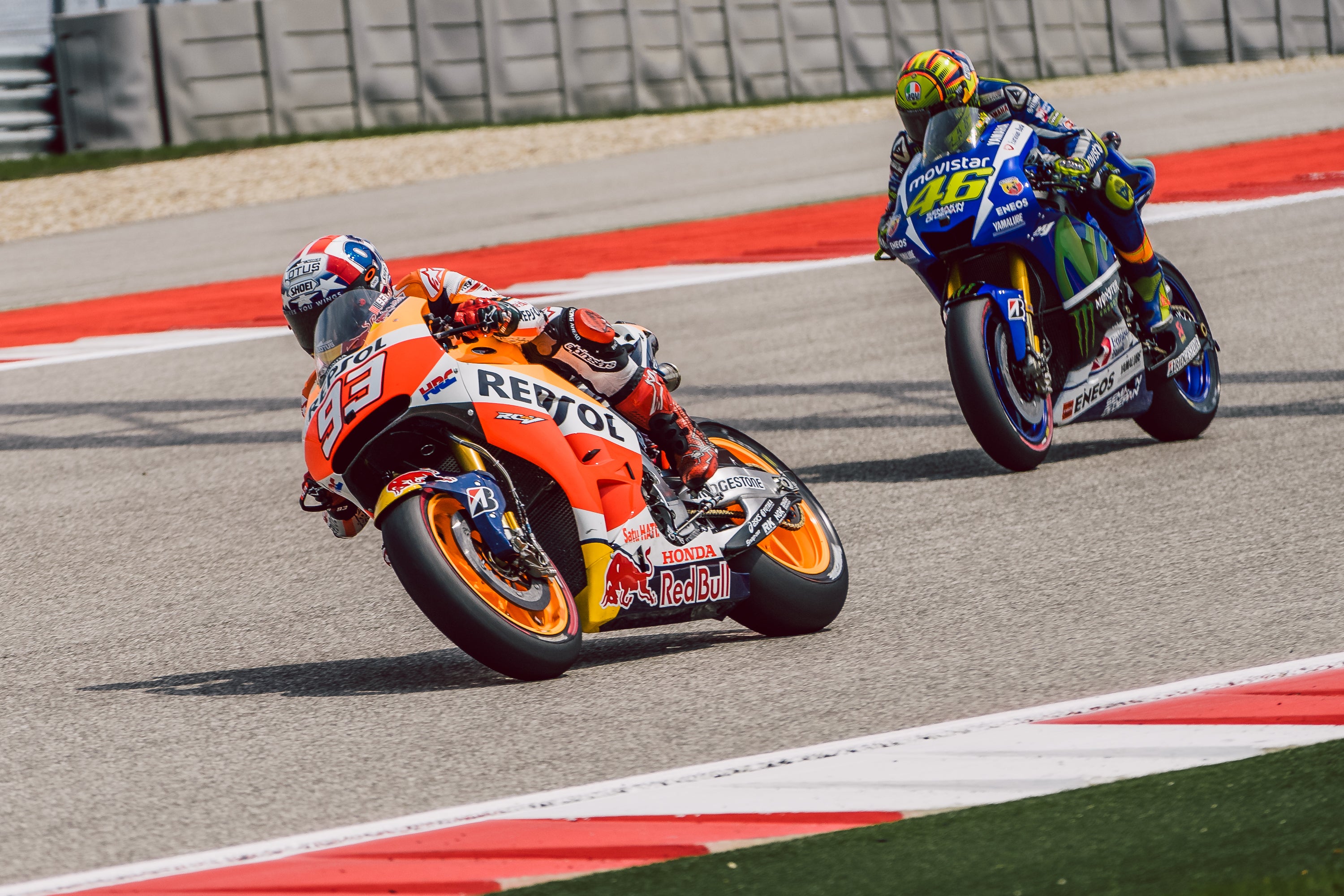 Until Sony has big gun lenses and a true professional E-mount body, this solution is realistically not ideal for the small number of working pros who deal with these ultra high-speed, long distance environments, but the writing is on the wall – expect that improvements in future models will soon make these cameras viable at the extreme niches of photography. For my assignment, I was more than happy to use the a7 bodies and FE lenses to successfully capture a wide variety of shots. It can be done with this gear – right now. 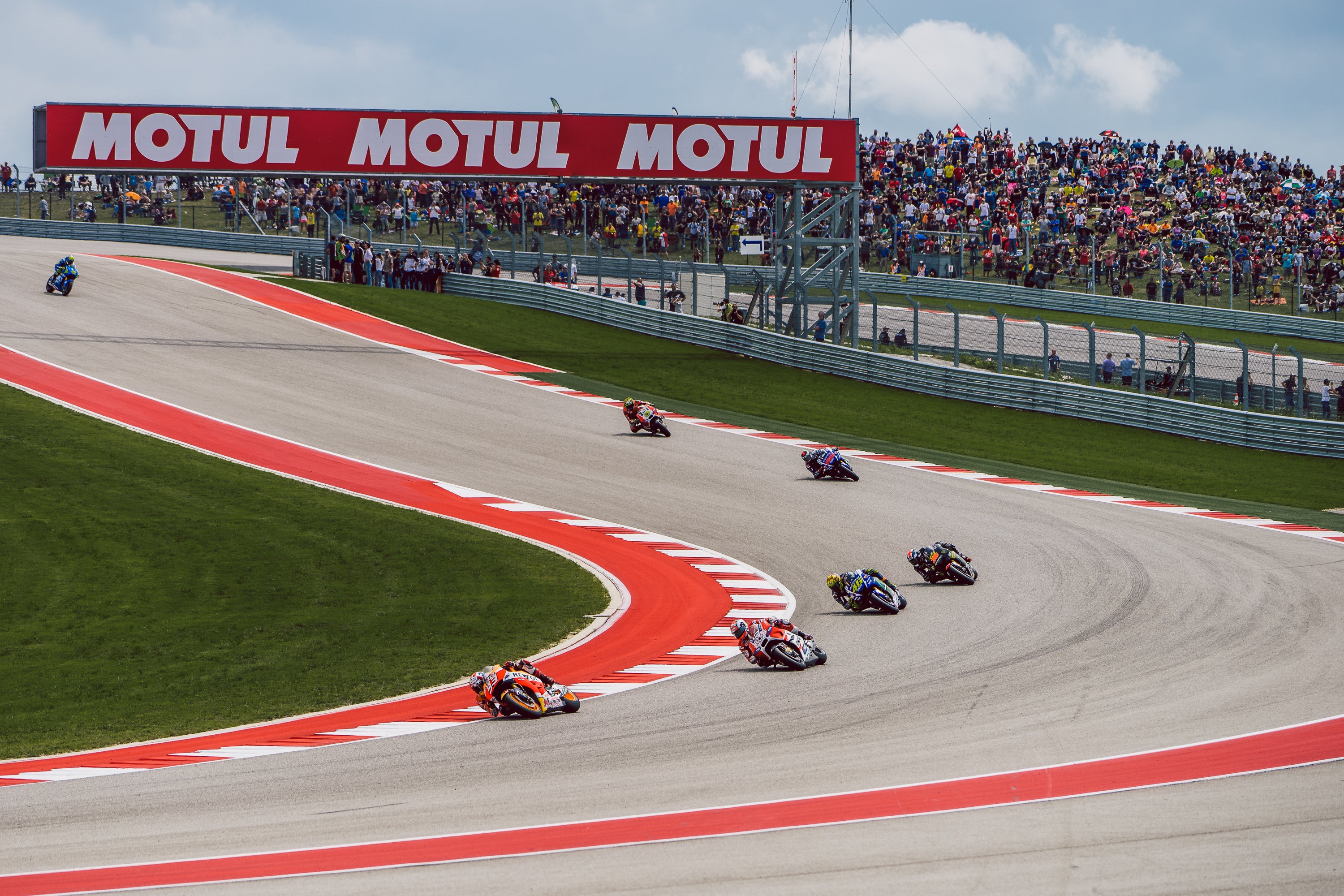 The combination of small, lightweight bodies and lenses was a boon for the reportage style coverage of the event. The new FE 28mm continues to impress, with sharp rendering that reminds me of the Ricoh GR1 and Minolta TC-1 film compacts. The quick focus also came in handy when shooting some flatland BMX and Trials demos. I was just inches away from the bikes (another photographer got his foot run over) and the camera nailed focus every time. This lens is the real deal. Mate the 28mm with the 55mm f1.8 and you have a duo that covers four useful focal lengths (28mm, 40mm, 55mm, 83mm); if you utilize APS-C mode on occasion. 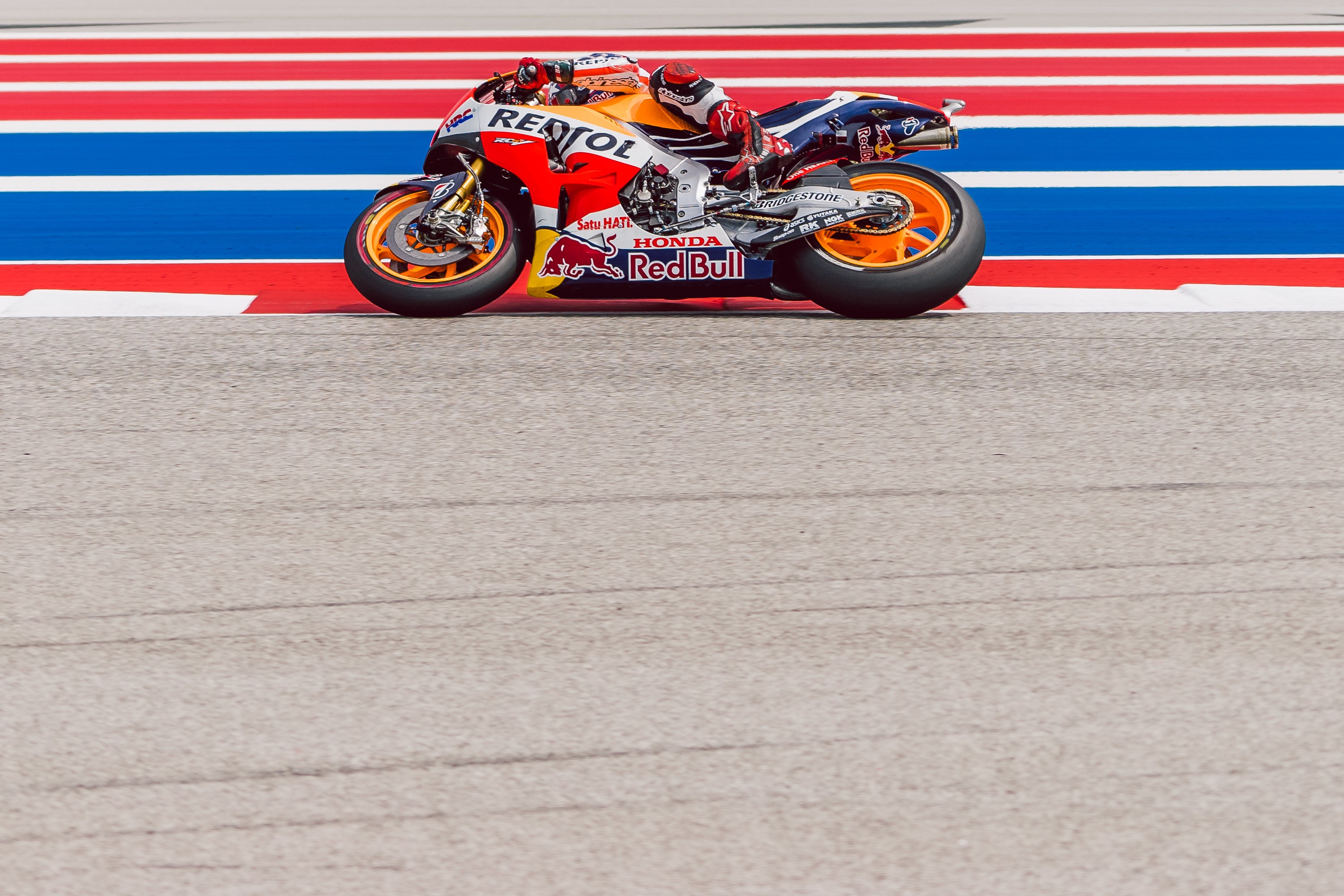 By the end of the race, I was exhausted but high on the adrenaline from covering this prestigious event. The Circuit of the Americas is one of the finest tracks in the world and still underappreciated by the US motorsport community. If you are a fan, you owe it to yourself to make it out to Austin for the upcoming American LeMans and Formula One races later this year. 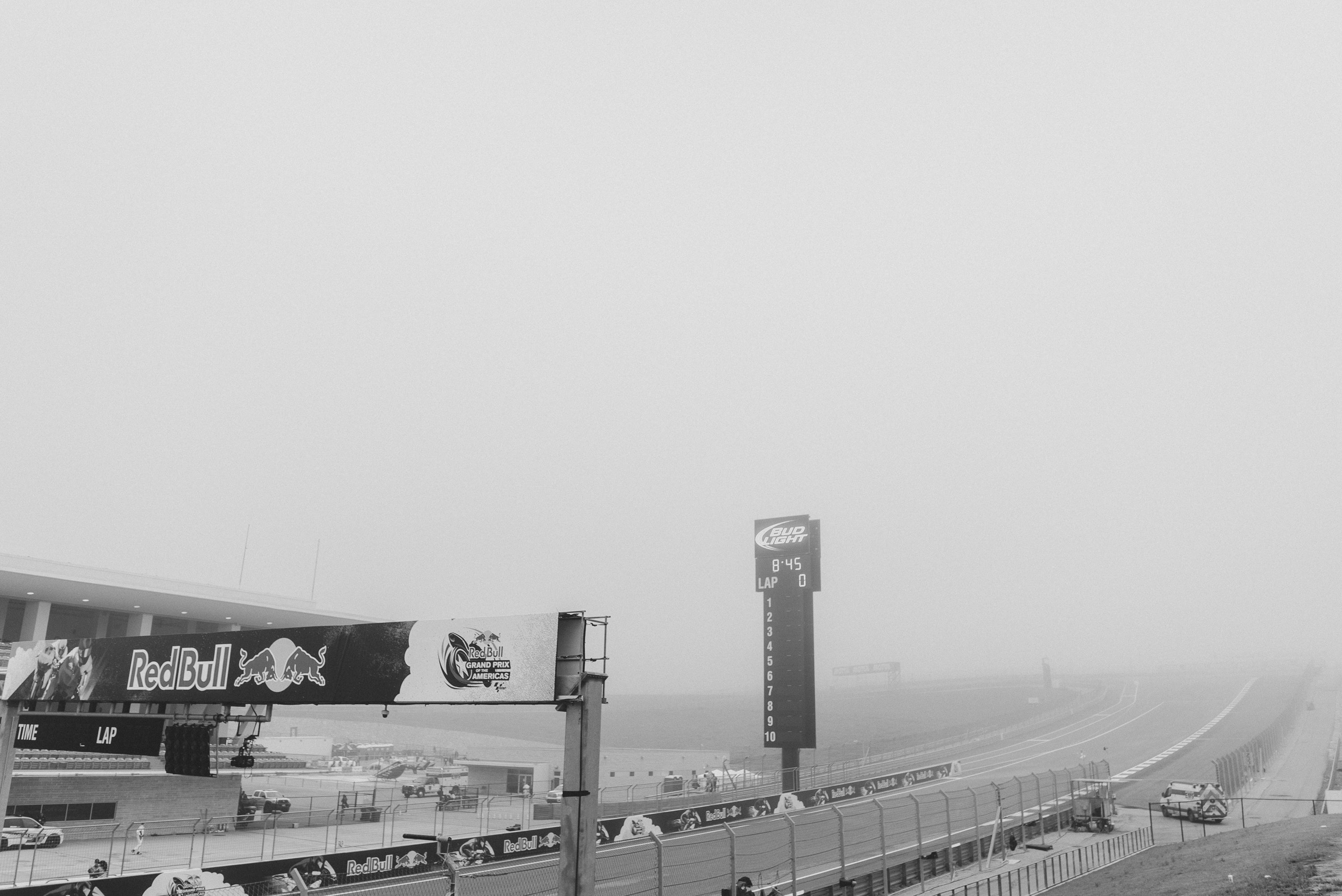 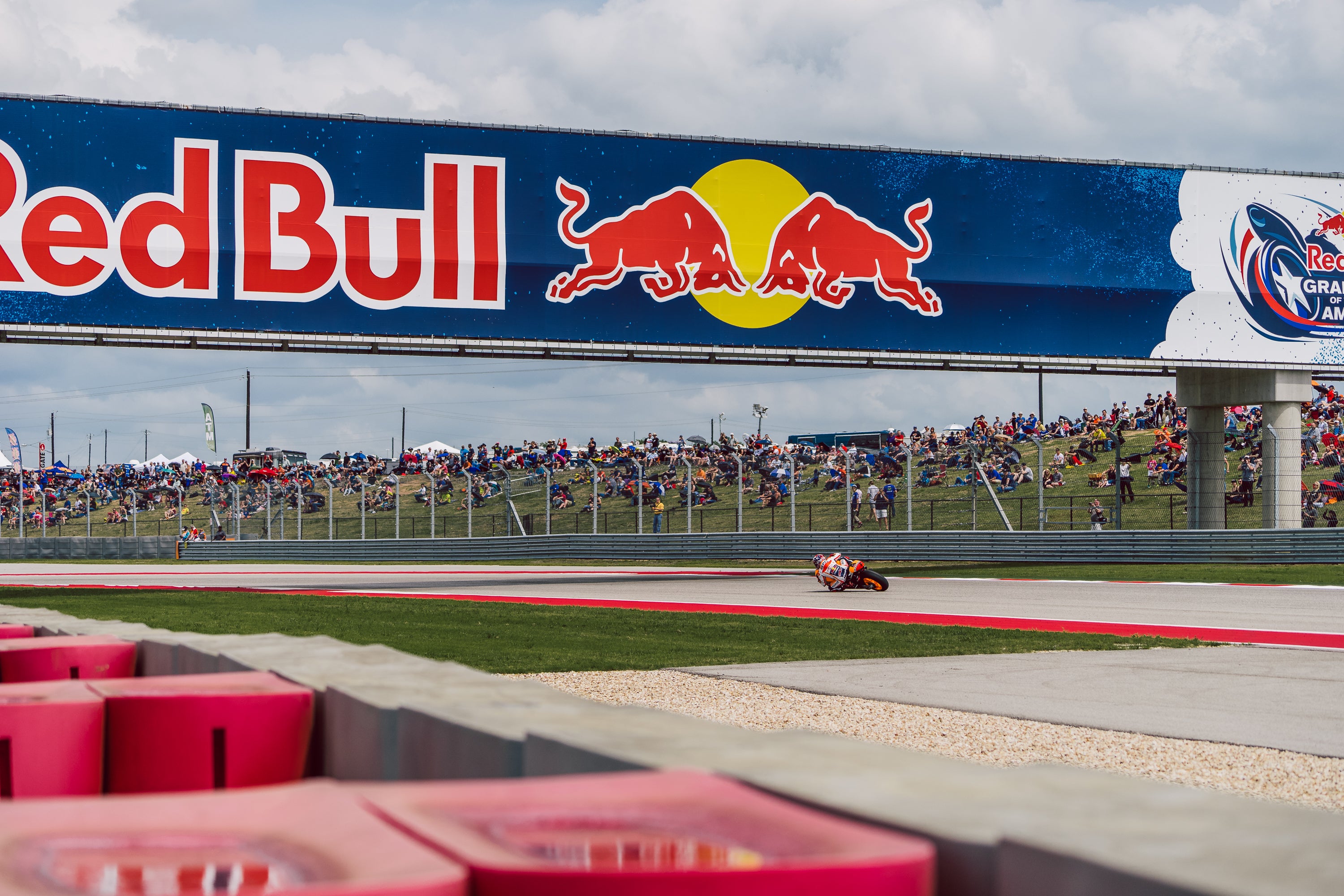