If you ask anyone who goes to the annual CES show in Las Vegas what it's like, the first thing they are likely to say is it's crowded. Really crowded. And it is. But for all of the masses of people crammed into the sprawling exhibit halls, the fully booked hotels, the seemingly endless lines of people trying to get cabs and the never-ended challenge of trying to get a dinner reservation...for all of that, it's still a relatively small number of people who are there compared to how many people wish they could go. Chances are you weren't one of the lucky ones, so we've created this photo-essay walk through the Sony booth to give you a look at what was on display. As an AlphaUniverse.com reader, you'll be particularly interested to know that about 40% of the booth was devoted to digital imaging products, services and presentations! There was a lot to see.

The Sony press conference was held the night before the show opened. Sony CEO Kazuo Hirai presented the highlights of Sony's 2017 concepts, technology and new products and gave insight on the company's goals moving forward.

The next morning, as the show opened, the booth was a sea of humanity working to catch a glimpse of what was featured in the press conference the night before. 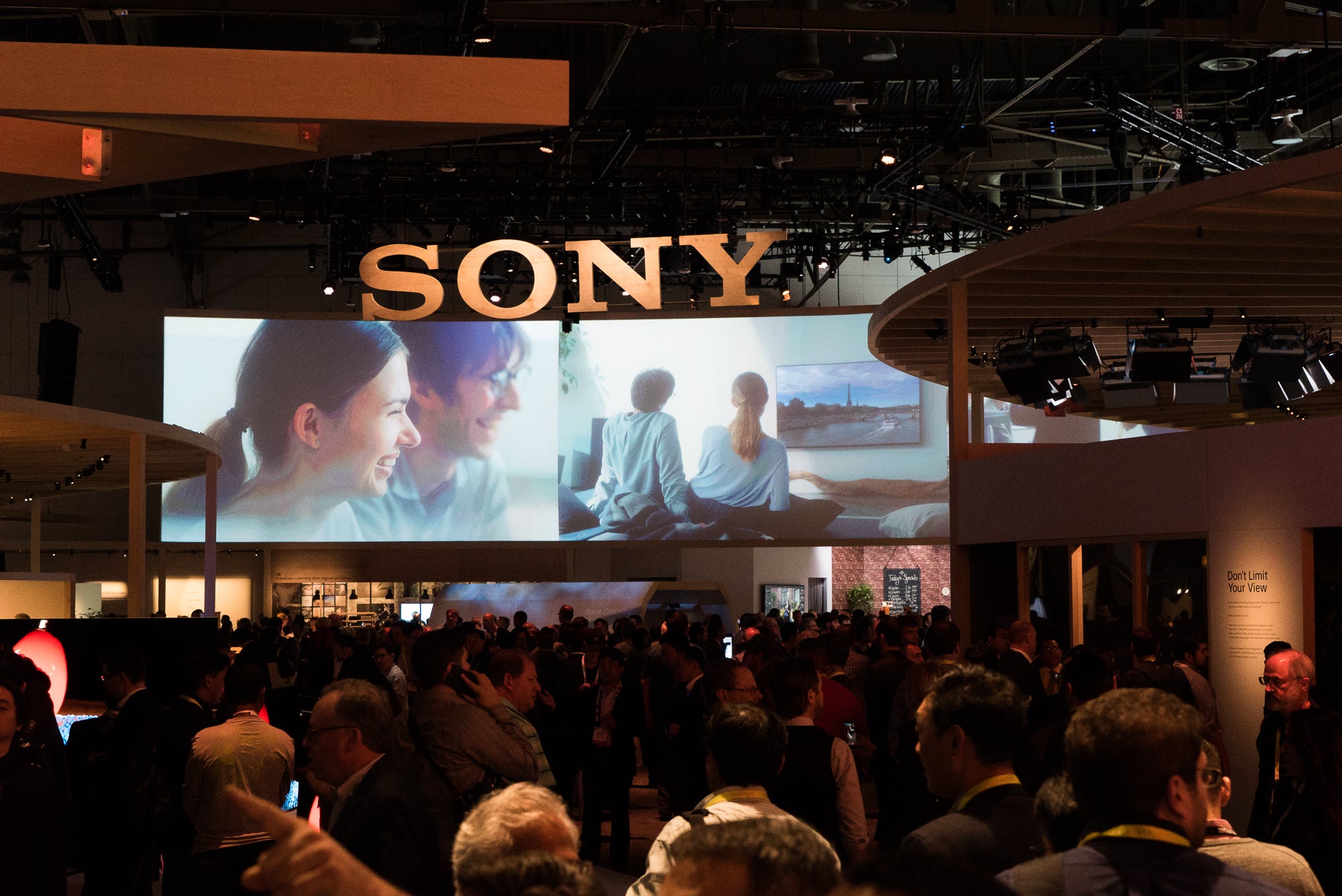 The Sony booth is one of the largest at CES. Showcasing new technology in everything from 4K TVs and PlayStations to breakthrough audio components to advanced compact, mirrorless and DSLR cameras and lenses takes a lot of space. At the entrance to the booth, visitors were greeted by a 32-foot prototype TV wall featuring the new Sony Crystal LED (CLEDIS) technology. 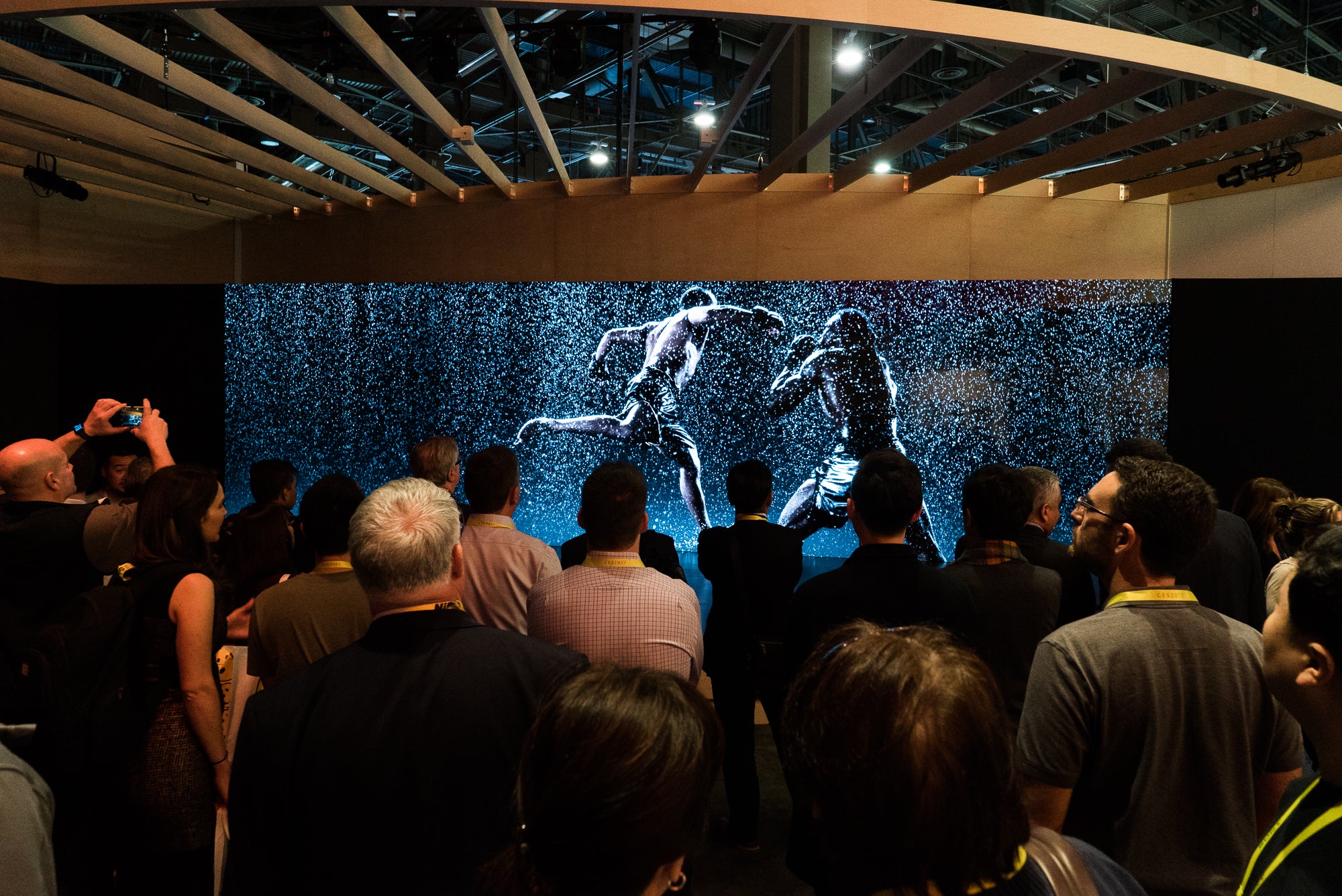 Past the Cledis display, the new Bravia TVs are featured in a multi-dimensional display. The screens are incredibly slim and picture quality is stunning. 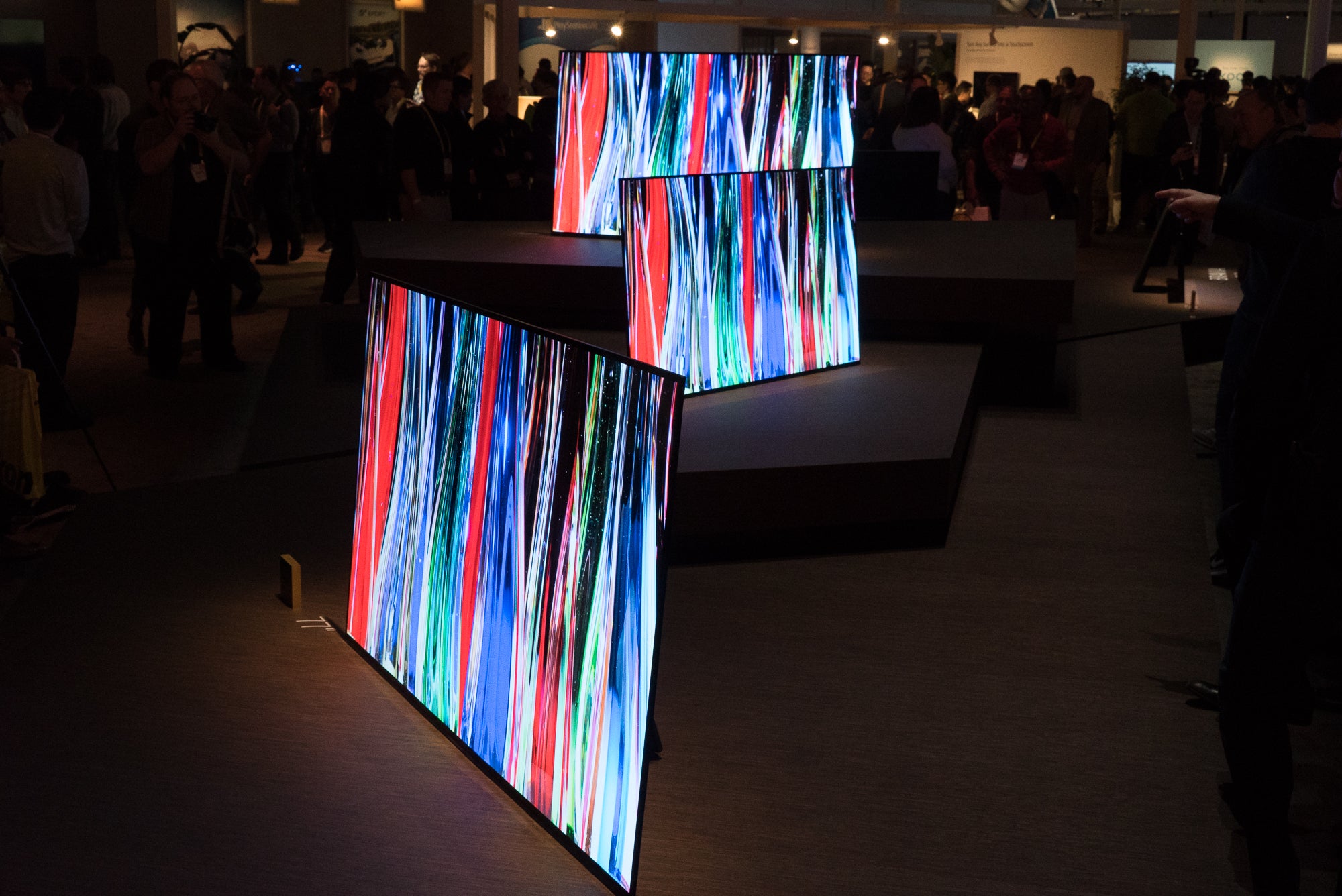 About 40% of the total booth acreage was devoted to DI, including 2 demonstration stages where the Sony Artisans Of Imagery showed the latest camera and lens technology in action. Below Sony Artisan Paul Gero shows booth visitors the α6500's high-speed capabilities. 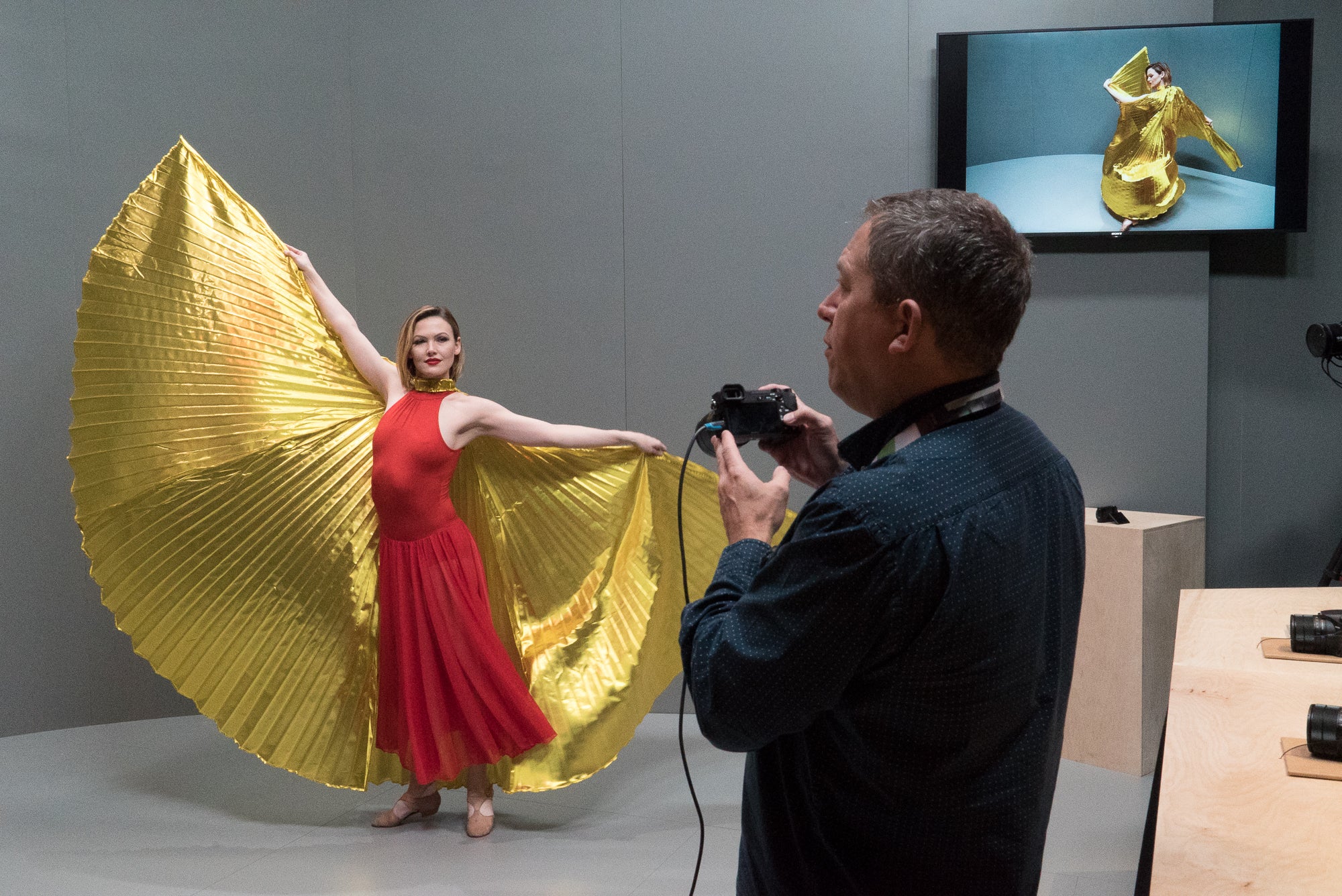 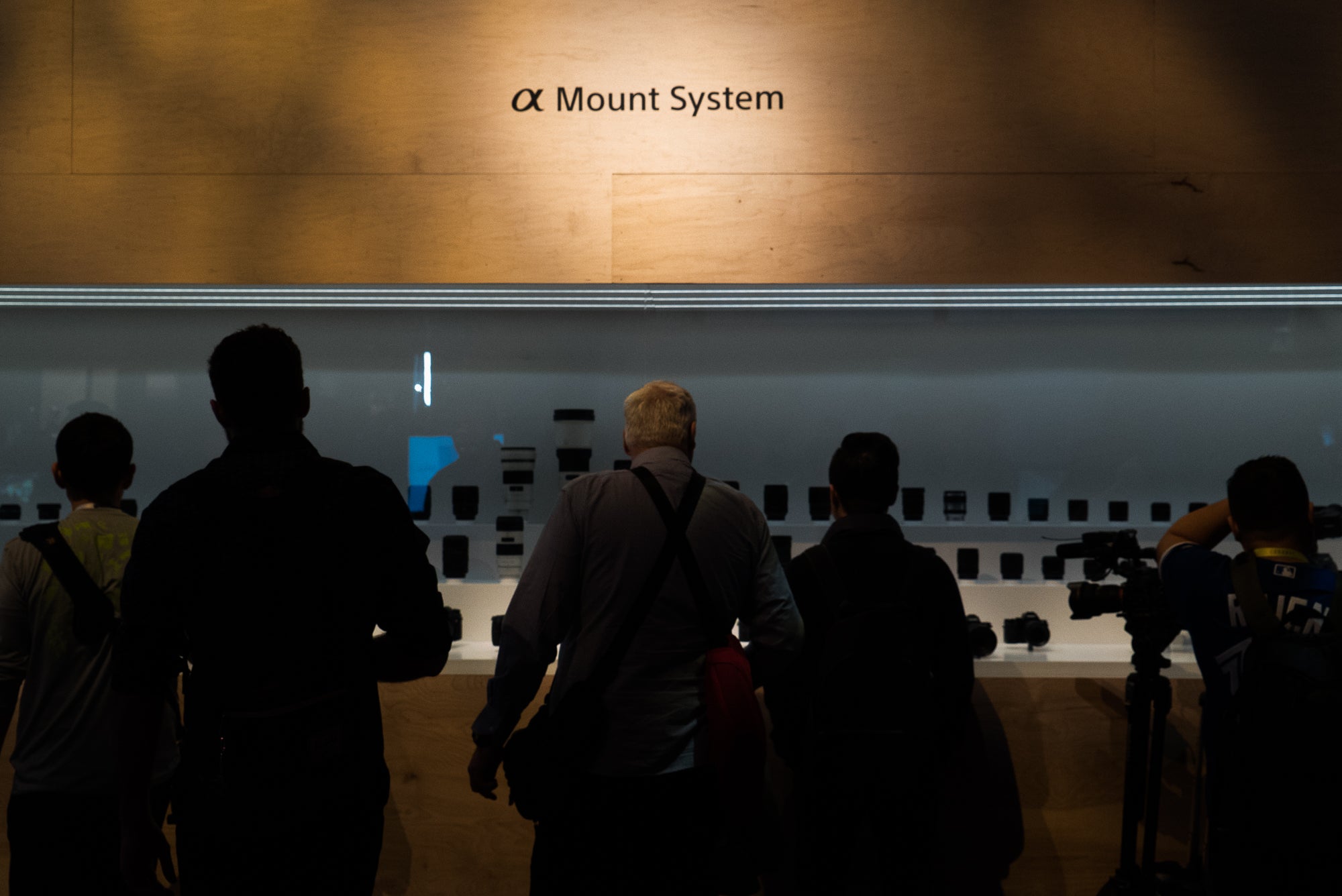 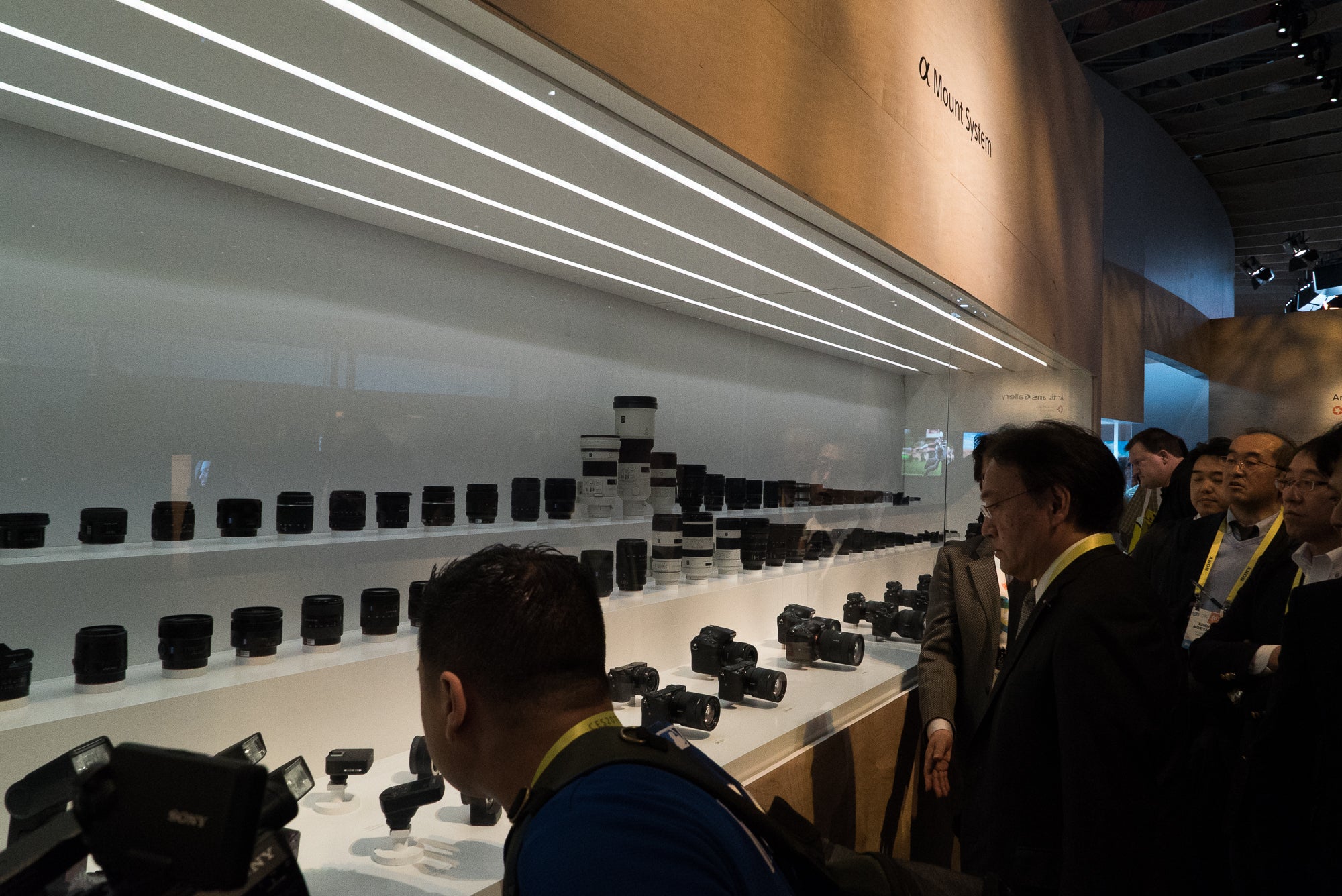 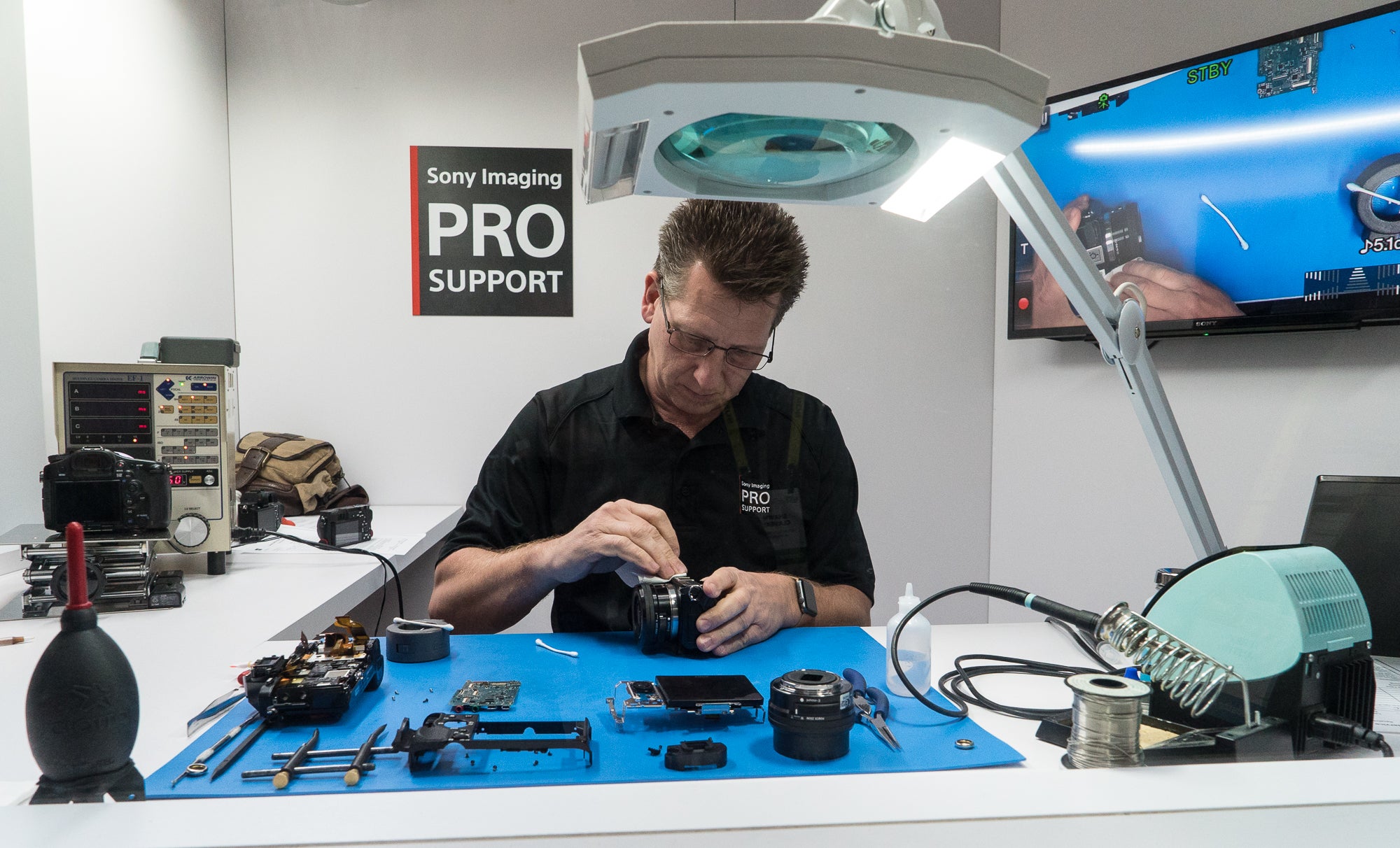 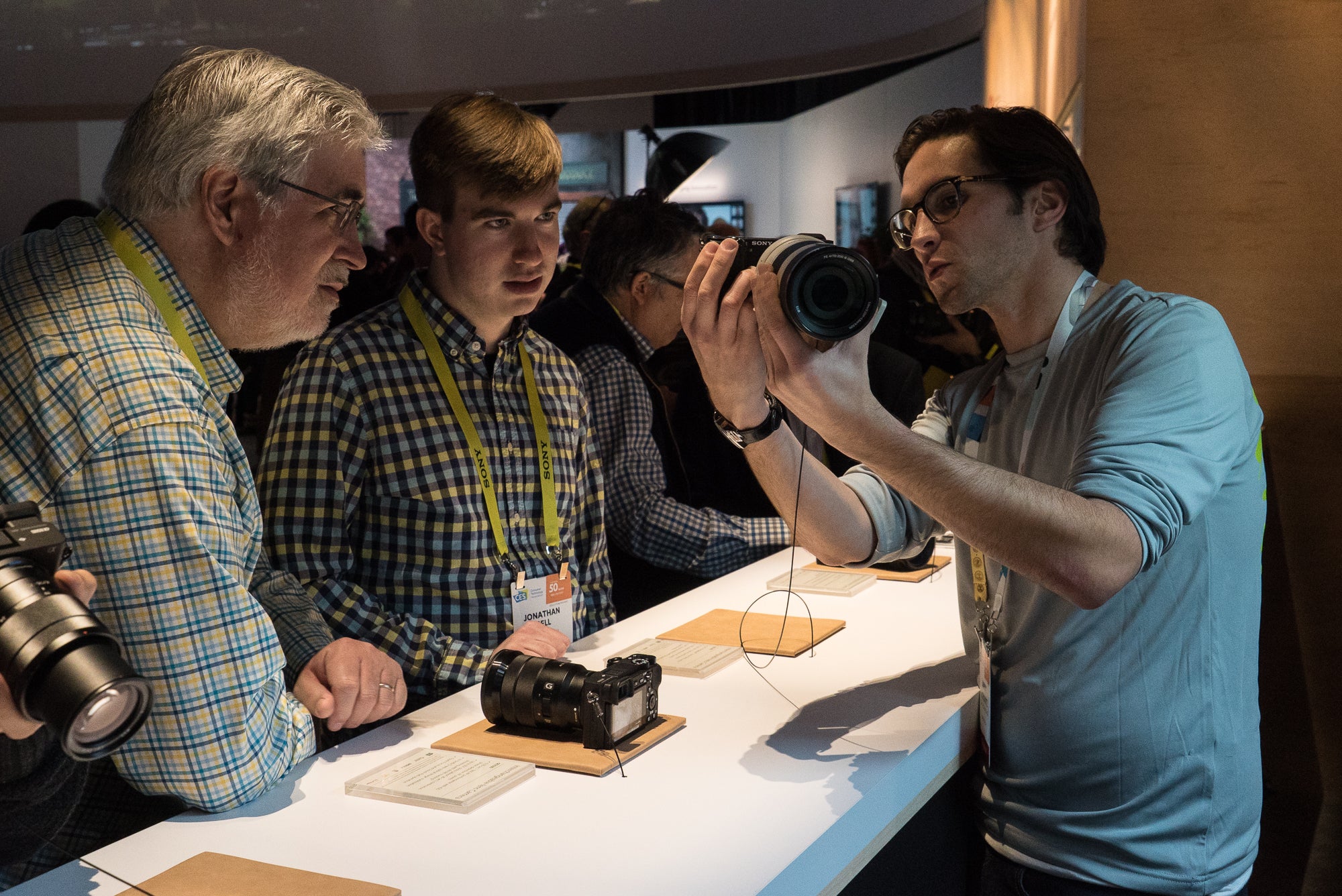 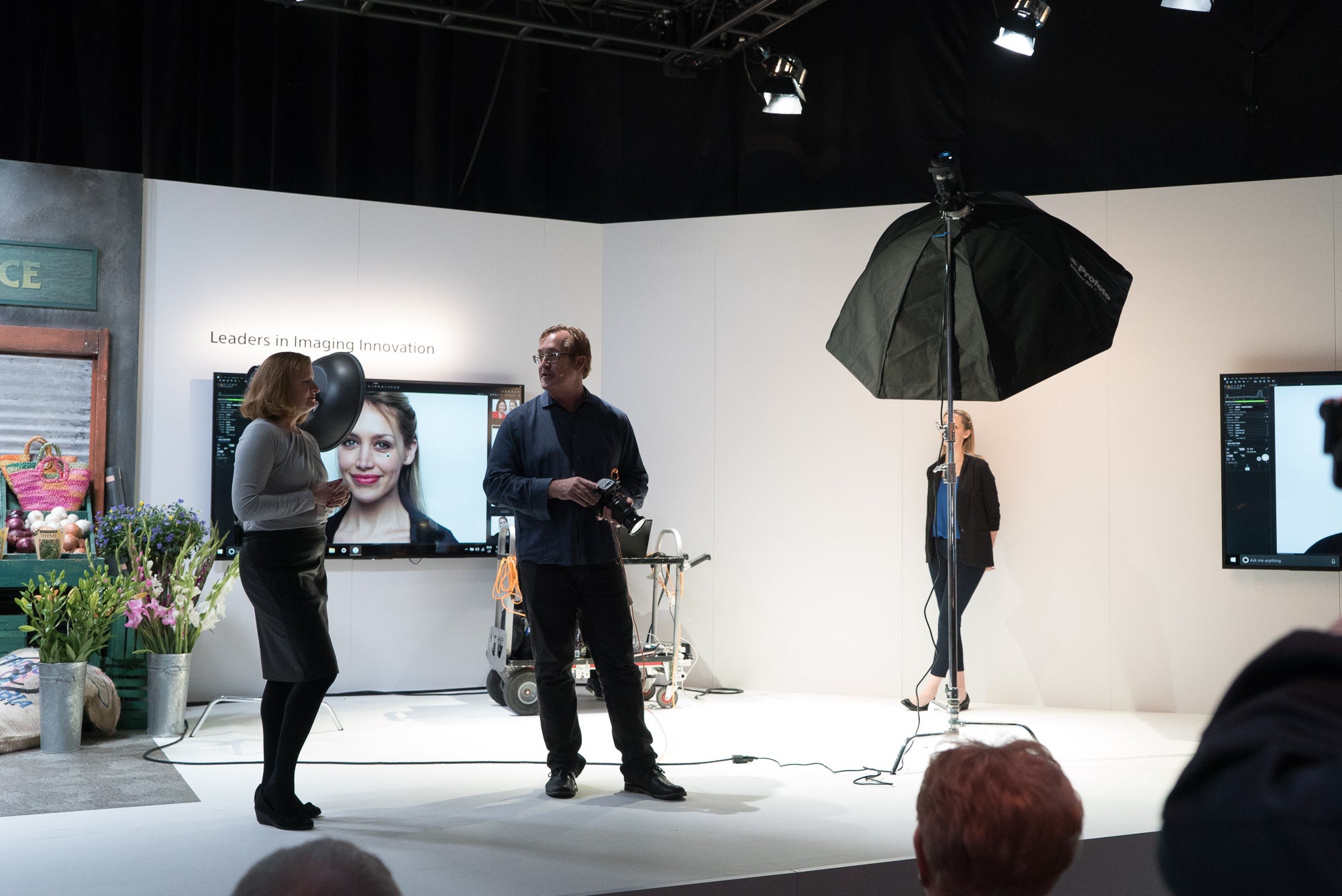 Amid the vast display of technology, news outlets from around the world vied for space to get their live shots in the booth. 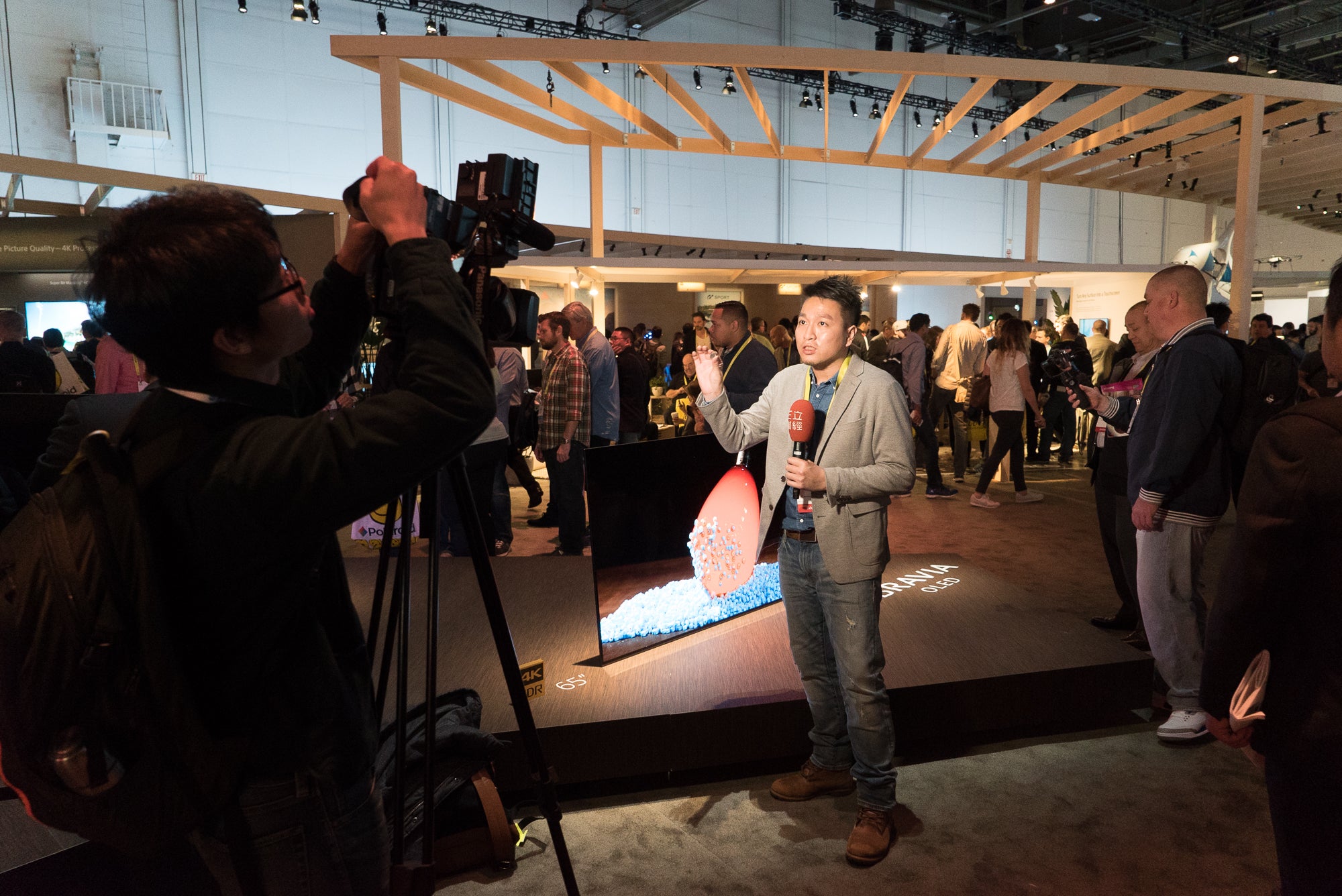 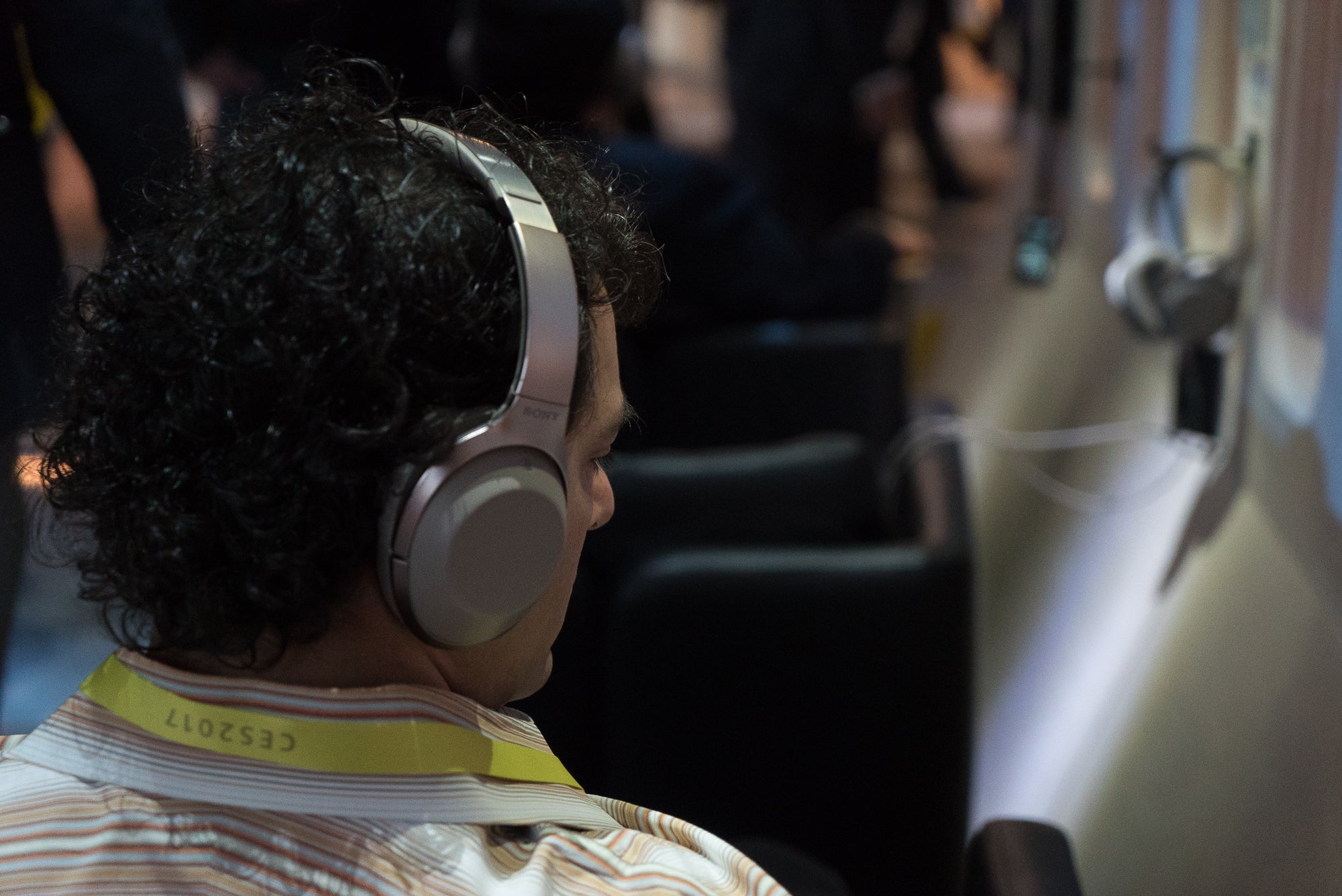 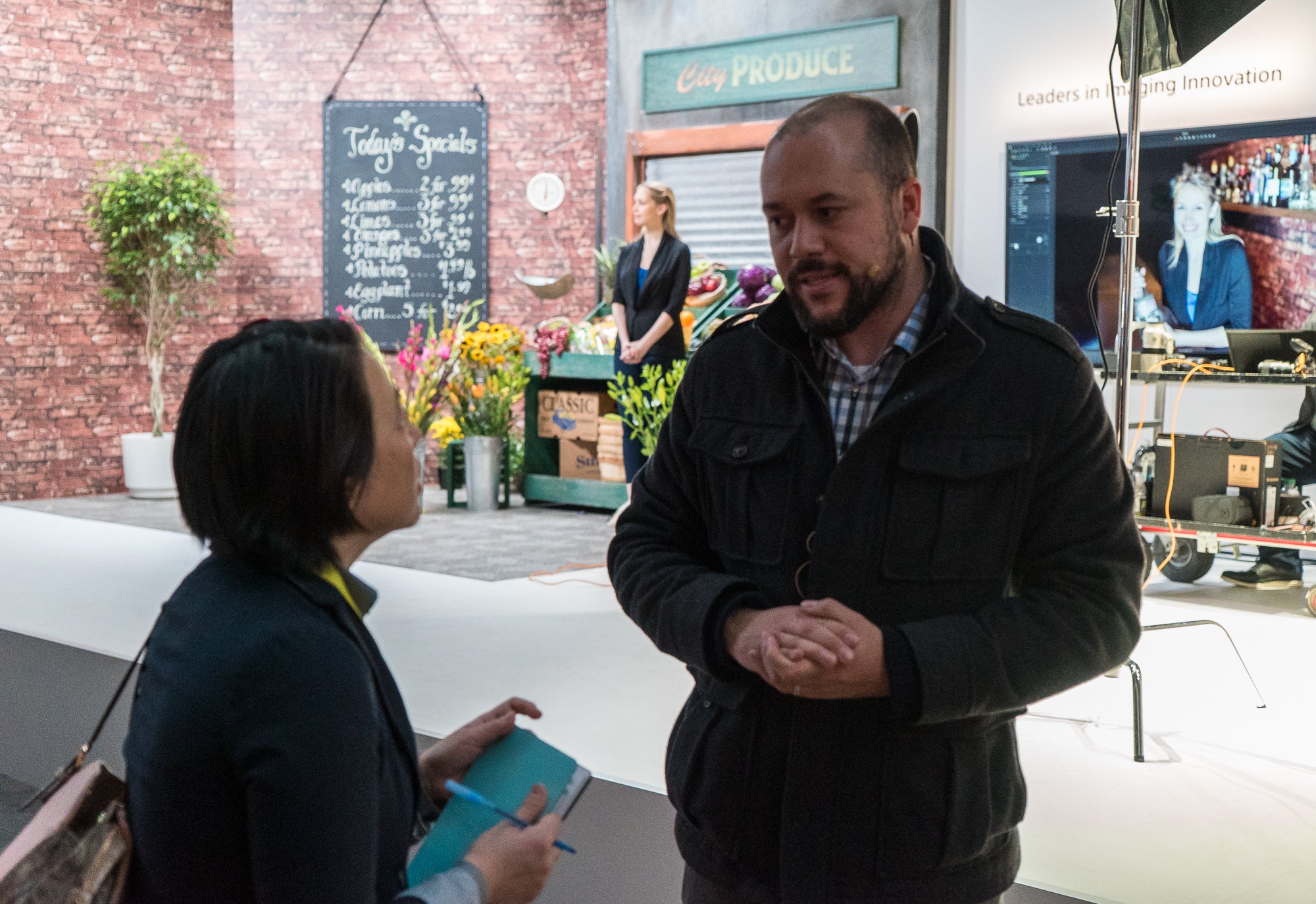 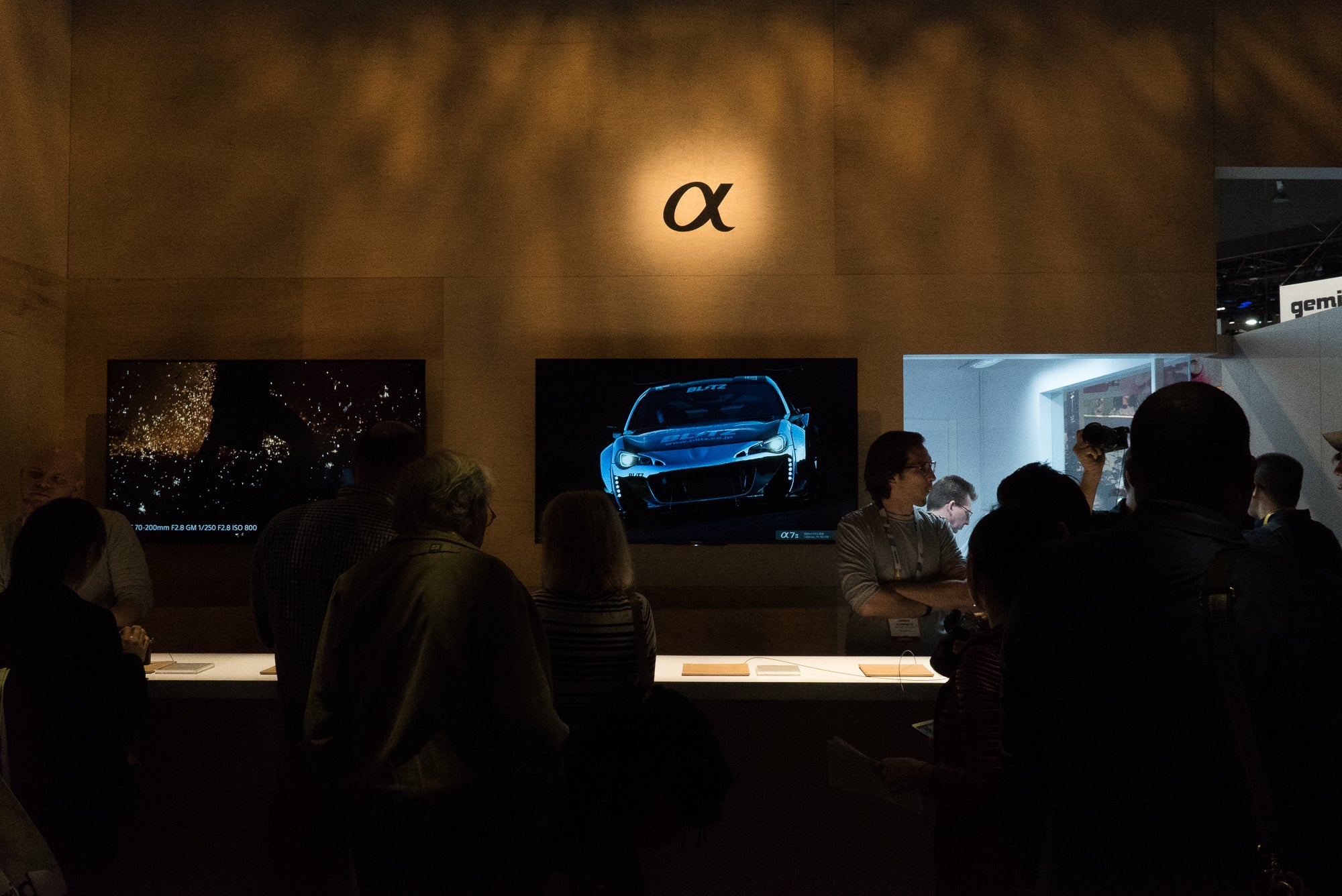