How a lens, love of photography and a road trip in a van called Shaggy helped bring things into perspective for Detroit Tigers pitcher Daniel Norris and Sony Artisan Of Imagery Ben Moon. See the article A Portrait of a Pitcher: Daniel Norris' Journey to Find Perspective at ESPN.com

"Mostly, they would talk about people they admired -- they consider Yvon Chouinard (founder of the Patagonia clothing company) and Jeff Johnson (Patagonia photographer and star of the film "180 Degrees South: Conquerors of the Useless") mutual heroes -- and their passion for photography. Norris tried to soak up as much as he could from Moon, someone he considers a mentor and now counts as a friend." -Katie Strang in at ESPN.com 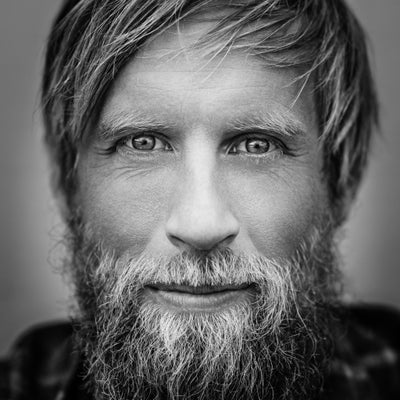 Ben Moon is a self taught photographer and filmmaker who enjoys working with a diverse range of adventurers, athletes and musicians. Surviving cancer earlier in life inspired a greater connection and appreciation for others and the natural world. Ben finds human emotion to be a source of constant fascination, and is just as comfortable hanging from a rock face 1500’ off the ground, swimming through heavy surf, or filming a musician in the studio or on-stage.