Although it’s very hard to think “stills” and “video” on the same shoot, the fact is that even though I’m shooting mostly video these days, after 35 years of still shooting, I can’t get them entirely out of my head. But there are two different mindsets when it comes to video and stills and if you’re shooting the former, but you keep seeing the latter, you know that they’re probably worth shooting. 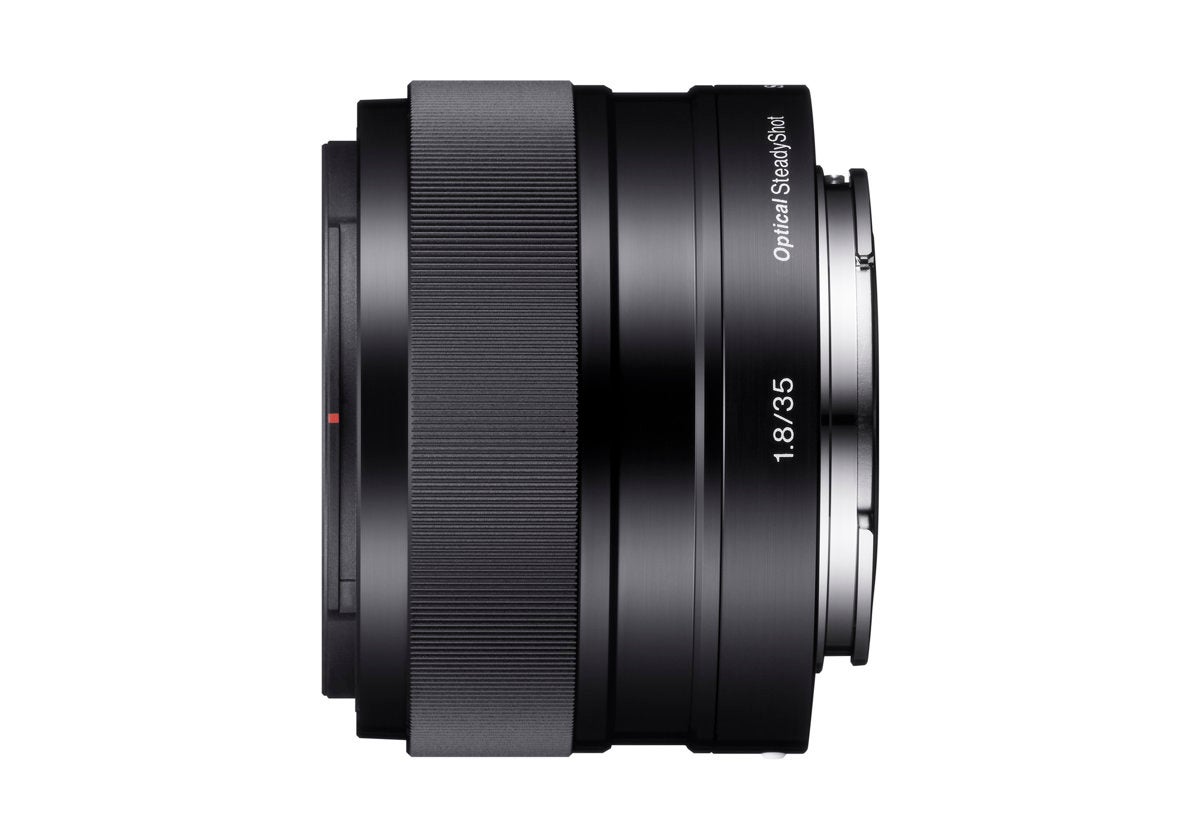 So while I was shooting nice saturated 4K color video of the South Sea islands, whenever I’d see an interesting face, I’d whip out my α6000 with the Sony 35mm f/1.8 OSS Alpha E-mount Prime Lens. This combination gives me a look that I’ve developed over the years—I call it the up close and personal portrait. Instead of hanging back with a traditional portrait length lens, I come in very close with a 35mm or a 50mm. Sometimes this can be less than flattering, but often, it’s just a more powerful, intimate look at the subject. And when it works, it’s powerful! 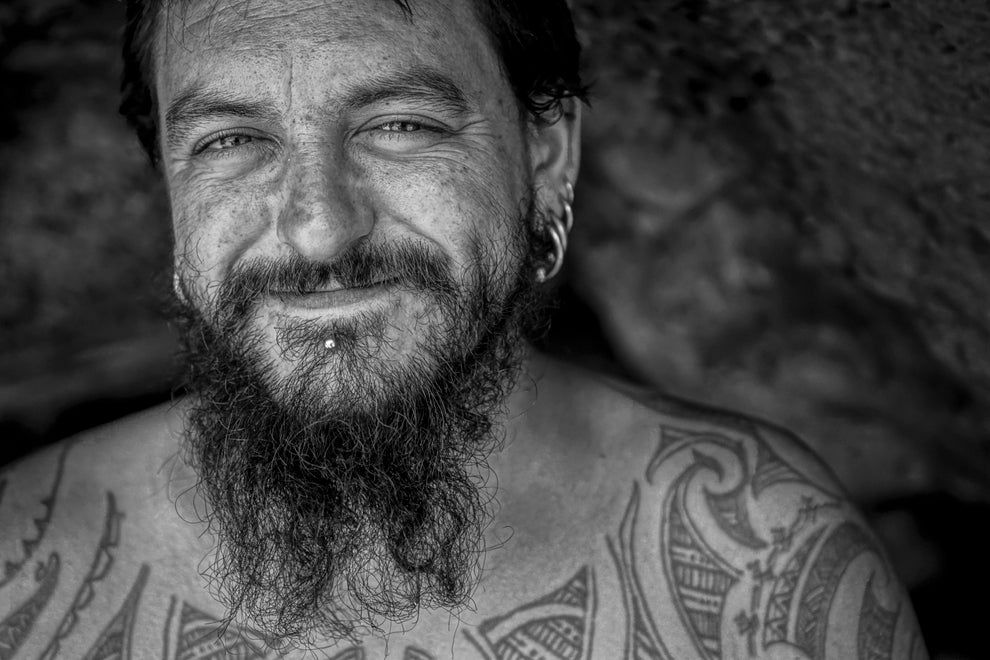 Having the big f/1.8 maximum aperture allows me to soften the background and although I’m using the α6000 with its APS-C sensor , I find that I can get a nice, soft background using the 35mm (which has the look of about a 50mm on my α7R II full frame camera) opened up to f/2 or so. 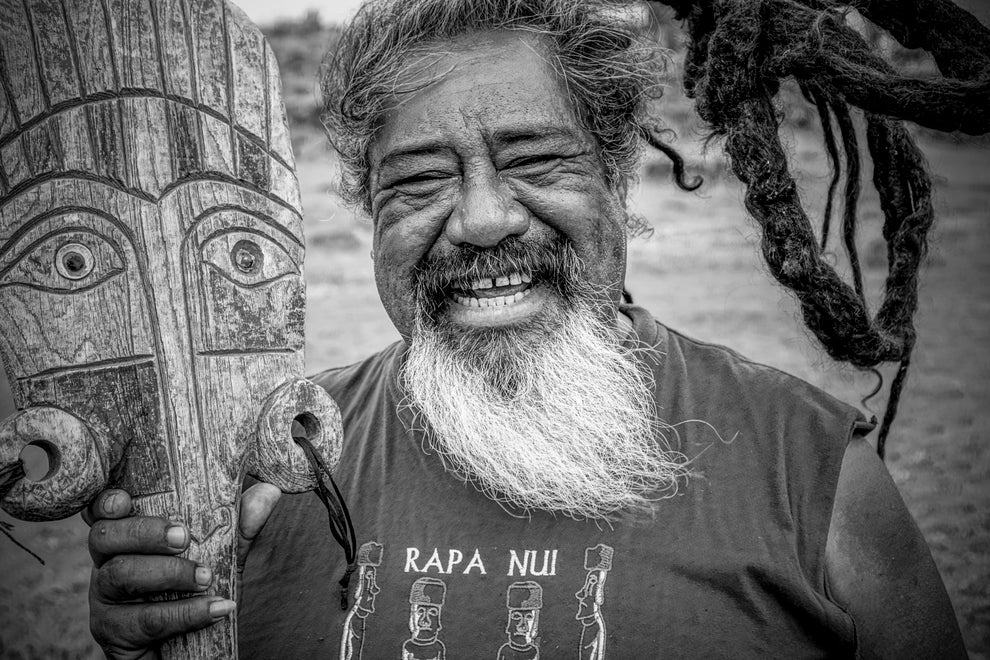 I find this look works particularly well in black and white. Now, a while ago, I was playing with the menus on my Sony cameras and I came across a Picture Effect called “Rich B&W”. What this is, essentially, is an HDR effect but in black and white. The camera takes 3 quick (very quick) bracketed exposures, overlays them perfectly, and creates a long-toned black and white file that is just a beauty to behold. And it does it all, automaticalliy, in the camera. 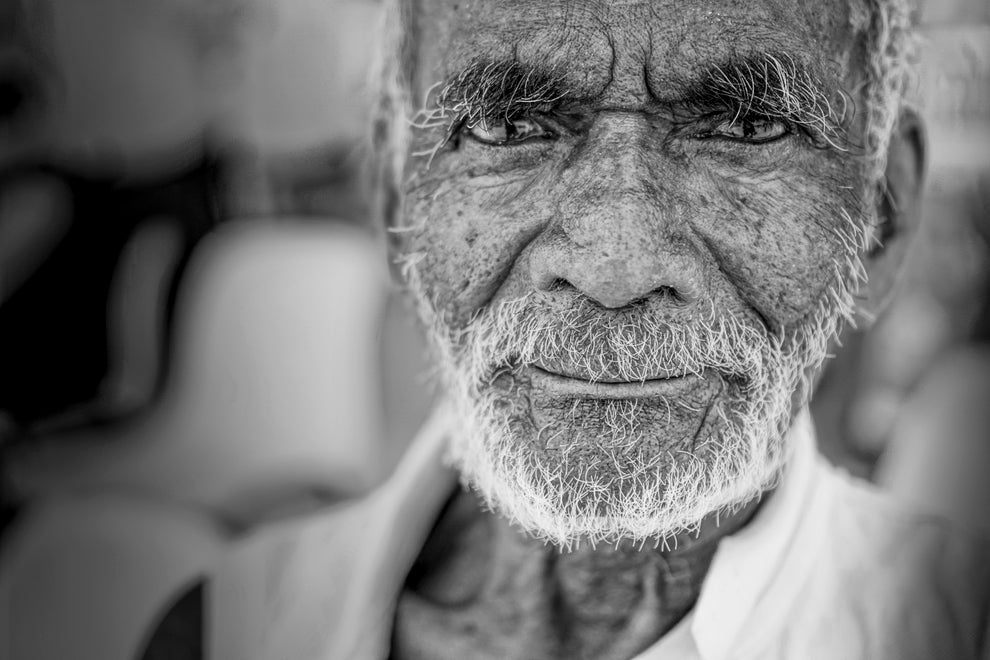 I was amazed at the long range of tones I got in this mode and how, even hand held, unless my subject was moving very rapidly, there was no ghosting, no obvious HDR-look. Just amazing-looking B&W files.

So recent assignment aboard the National Geographic Orion as the ship moved southward from Tahiti to Easter Island, I put the 35mm lens on my camera, set the camera to Rich B&W, and made friends. In this series, it was the eyes and the soulful, wise expression that drew me to the portrait of the village elder on a small atoll a few hundred miles south of Tahiti. The tattooed man is an inhabitant of Pitcairn Island, one of the most remote inhabited islands on the planet. It’s where Fletcher Christian and the mutineers of the HMS Bounty ended up in the famous story, and this fellow looked to me as if he could have just walked off the Bounty. Finally, I’ve photographed the ebullient woodcarver Koro several times over the years on my visits to Easter Island. He is a big personality and his topknot is achieving epic proportions! 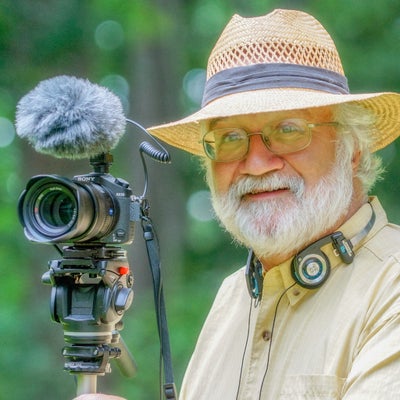