Throughout her career, Sony Artisan Nancy Borowick (@nancyborowick)has looked at every opportunity to photograph, regardless of the subject matter, as a chance to learn and grow as a storyteller. She describes her work as immersive, collaborative, intuitive, respectful and emotionally-driven, often exploring themes such as health, family, illness and the intricacies of human relationships through her photography.

“Through my images I am hoping to communicate and connect deeply with my subjects as well as the audience who will view the images,” Borowick says. “I hope that my images teach and inspire awareness and ultimately act as a catalyst for change, conversation and understanding. I hope that my images empower and amplify the voices and stories of those around me.”

Having now shot professionally for 10 years, her love affair with photography started much earlier – about 20 years ago when she was a freshman in high school. “I can still smell the chemicals from the long hours in the darkroom alongside an enlarger watching my images reveal themselves on the paper in the developer.” 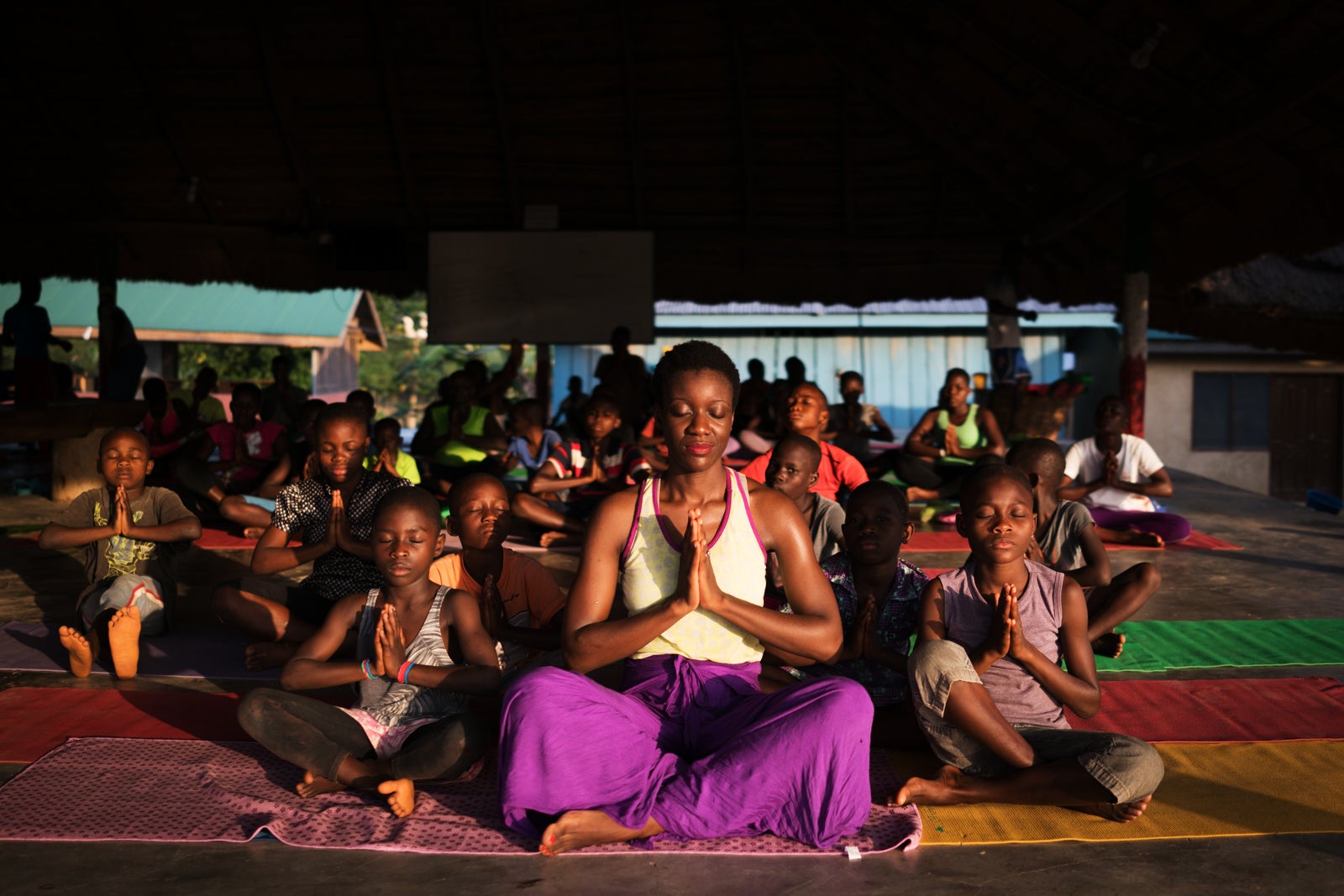 “This photo was shot with my first Sony camera, the RX1R II with the beautiful 35mm Zeiss lens. I was working in Ghana with an organization called the Touch A Life Foundation, an organization that rescues and rehabilitates children who have been trafficked. A woman named Nana Amoako-Anin was visiting to teach restorative yoga to these children and I waited, as many of us do, for that beautiful golden hour light and when it arrived, I was ready, camera in hand.”

Borowick relies on Sony gear for her work, calling her switch to Sony ‘an absolute gift’ both professionally and personally. “Professionally, my Sony gear has allowed me to create images & tell stories unlike I could before. The sheer size of the gear has allowed me to move quicker and with more ease, allowing me to focus entirely on the subject without drawing too much attention to myself or my camera. The technology has truly blown me away. Have you seen the highlight and shadow recovery? Also, my α9 and α7R III are so light and small, I often have to double check I have them in my gear back.”

She currently has a few projects in the works, and one she’s really excited about called Part Of The Pack, where she will explore the deep connection and affection between humans and their animal companions. “After years of focusing on emotionally difficult stories, I’ve decided to shift my attention to stories that bring the opposite feelings, like joy and levity. I’ve only spent time with four packs at this point and plan to continue photographing as I delve deep into this community of which I too am a part of.”