On many mornings, I'll wake up to some pretty cool temps here in Portland with an overcast sky that almost always signals incoming rain. Often times, I’ll run with whatever emotive qualities the weather has on me and begin editing photos. As you could have probably guessed, this morning led me to seek out photos with a certain monotone quality and it was when I stumbled upon an album taken in February in the Lofoten Islands that today’s photo tip emerged in my mind.

On this particular morning in Reine, the weather was what you’d expect it to be. Actually, it was somewhat similar to the weather in Portland this morning, aside from the bitter cold. In addition to providing me with beautiful, even light, the overcast conditions brought on a certain monotone quality. Not quite boring but nothing that caused me to get excited. Initially, I had trouble finding a good composition because my main focus was on the mountain range behind the town. It wasn’t until I meandered behind a fish market and saw a stretch of its dock that I became inspired to seek out bold, contrasting colors to juxtapose against the monotone ones. I knew that the rich, warm color from the wood would play beautifully off of the surrounding scene. 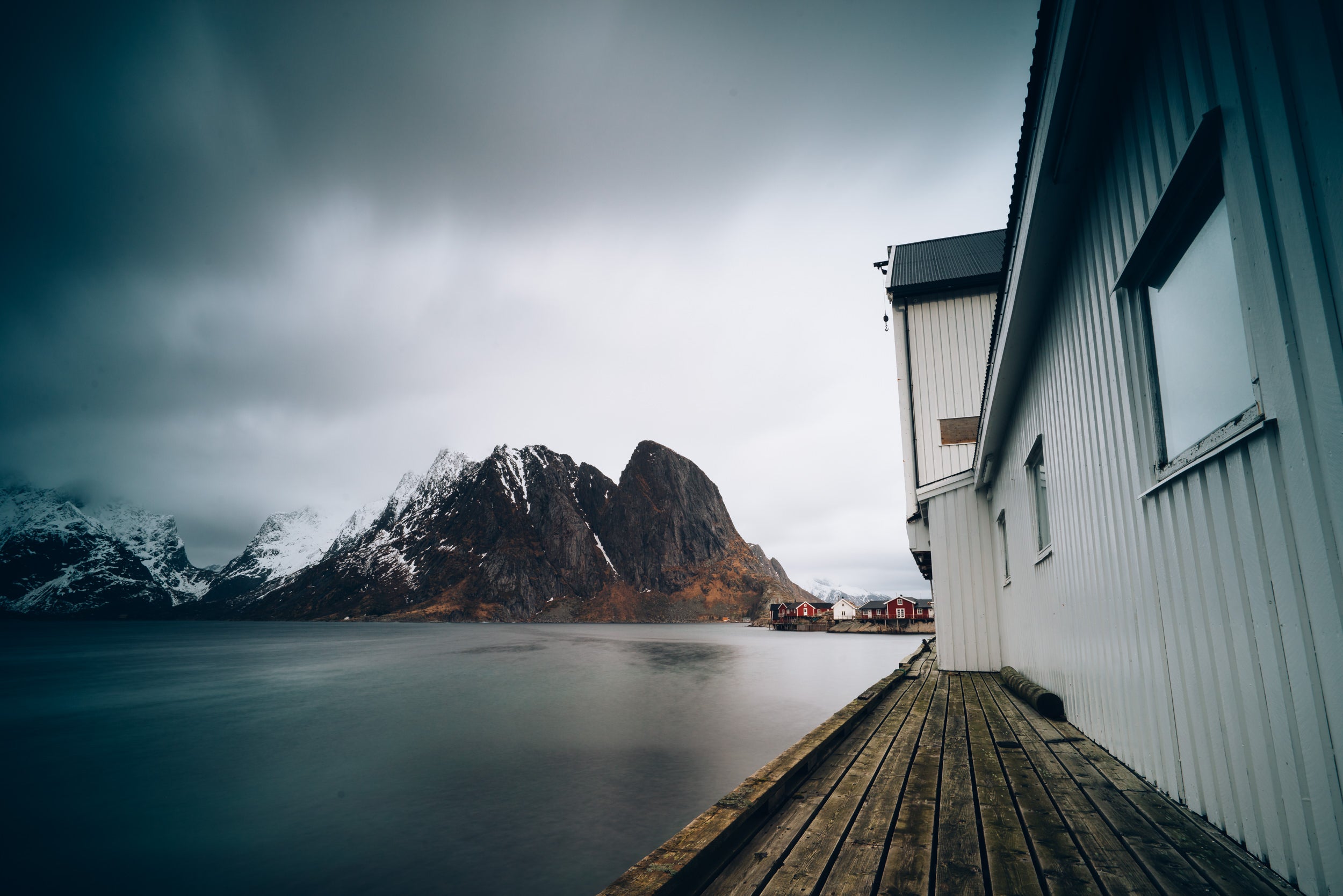