Sony Artisan photographer and filmmaker Renan Ozturk’s film, “The Ghosts Above,” is now available on Alpha Universe. In June of 1924, George Mallory and Andrew "Sandy" Irvine disappeared near the summit of Mt. Everest. No one knows if they made it. Irvine's body was never recovered and it's believed that he made have had a camera and possibly photographic evidence that the team had in fact reached the peak, becoming the first humans ever to do so. In the film, Ozturk joins an expedition find Irvine's body and answer the question that has been swirling in the thin air of the Himalayas for nearly 100 years – who was the first to reach the summit of Mount Everest?

Set on the slopes of the infamous Mt. Everest, Renan Ozturk and a team of climbers, filmmakers & photographers look to solve one of exploration's greatest mysteries. Watch “The Ghosts Above” now on Alpha Universe.

Any expedition to the mountain the Tibetans call Chomolungma is an undertaking that challenges not only body and equipment, but also preconceived notions. In "The Ghosts Above," directed by Ozturk along with Sony Artisan Taylor Rees and Jay MacMillan, the films begins with Ozturk's voice over stunning imagery from the Himalayas, “I never wanted to be here, but here I am, crawling to the roof of the world. I came here on a National Geographic assignment I couldn’t turn down, to solve one of the greatest mysteries in exploration. And after 20 years telling Himilayan stories and thinking I knew what this mountain was all about...this was the climb that changed everything.” It’s obviously an incredibly dangerous and challenging journey, but when we talked to Ozturk it was clear his desire to create the film and tell this story outweighed any risk he faced.

"When you're up there, every step and every breath is painful,” explains Ozturk. “But for some reason when you look into the viewfinder it takes you into that world as a photographer or cinematographer, and it almost causes your brain to shut off some of those pain receptors as you go into creative mode. The camera was a bit of an escape, but you don't want to escape too much. It was a balance between using the camera as a distraction but also knowing when to make the responsible decision to turn around because no story is worth dying for right now.”

When you're climbing to the top of any mountain, let alone Mount Everest, the amount of weight you have on you is critical. Reaching the summit of Everest requires conserving every ounce of energy you possibly can, and that makes every ounce of weight in your pack all the more significant. Ozturk, an experienced adventurer, knows this well...and it’s one of the reasons why he chose to use the Sony system.

“You're counting grams and cutting tags off gear for those tiny little gains that are really crucial,” explains Ozturk. “That's why I originally was drawn to Sony, for exactly this kind of thing. They’re the lightest full frame cameras in the world, and that’s why we had them up there.” 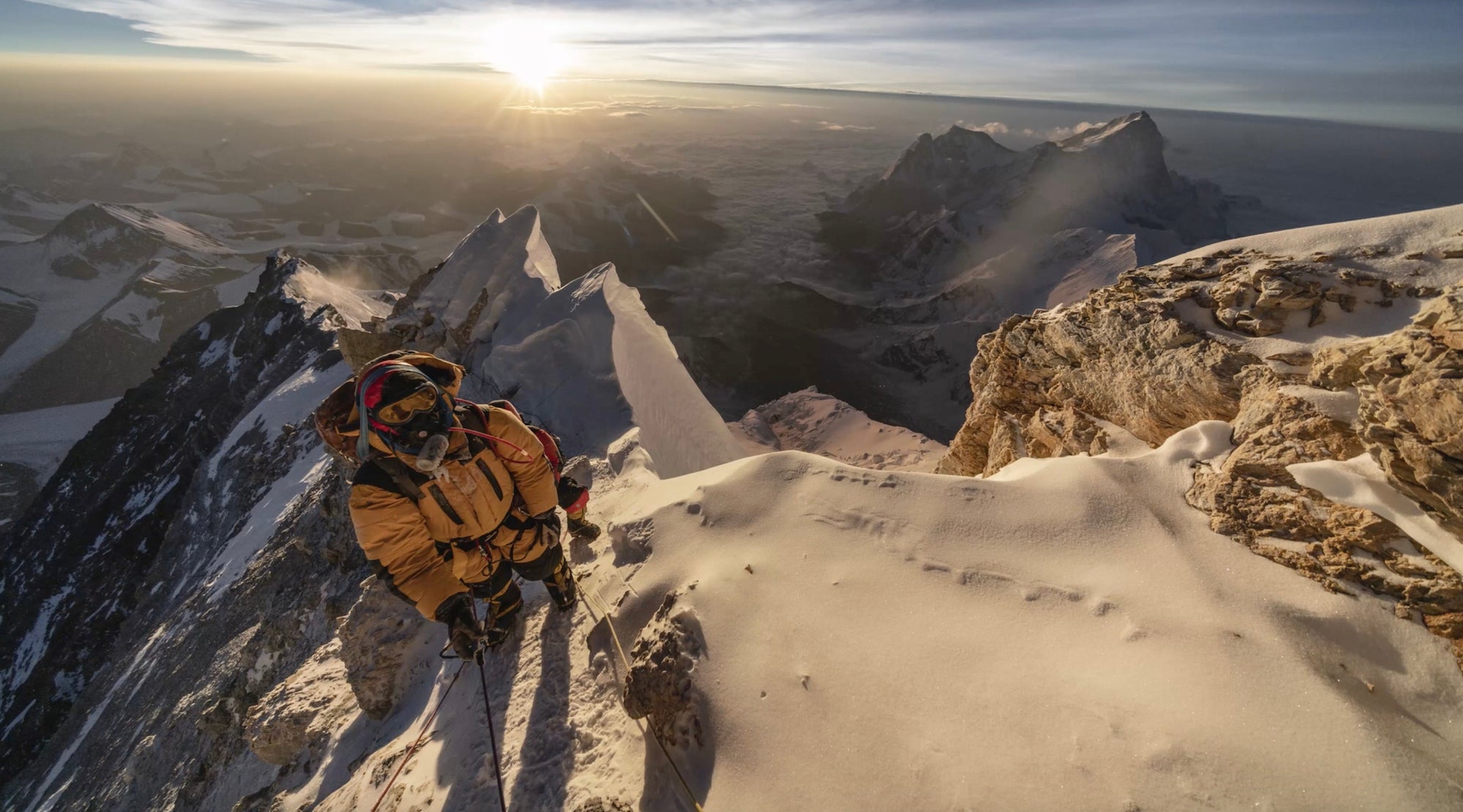 Even with the challenges of packing the proper gear on top of the ones faced while actually climbing the mountain, Ozturk still didn’t view any of this as the biggest challenge in making the film.

"I think the single biggest challenge in making the film,” says Ozturk, “was the fact that Everest is so charged with preconceived notions of what it is...and there's truth to all of them. So how do you do justice to the past, present and future of such a mountain?”

How DO you do justice to the most notorious, highest peak in the world that contains so much history? As Ozturk mentioned in his beginning narration of the film, this was the climb that changed everything for him. He was worried about the scrutiny Western climbers face for using Sherpas for their dangerous climbing adventures, as well as the reputation of the climbers leaving trash behind on the beloved mountain, but this just wasn't his experience.

“Each year there seems to be something that happens that changes the way people think of Everest. That year, in the eyes of the general public, the trash and crowd aspects of Everest were kind of villainized and one photo in particular of the line was published and passed around the world. I thought I would fall into that same thinking, but after experiencing the mountain firsthand it completely flipped the script for me. It changed everything. I learned how climbers coming to Everest have opened up opportunities for the people there, and they’re viewed as heroes. It took away any stereotypes and completely changed my view of the mountain.”

Erasing stereotypes and preconceived notions is exactly why good storytelling is so important to Ozturk. Sometimes things have been viewed in a certain way for so long, or only one perspective or headline of something reaches people, and that’s why he felt the need to dig in deep to fully tell the story of this Mount Everest exploration mystery.

“It's like with most things. When you find your passion in life, it often comes with a lot of sacrifice and becomes this thing that could kill you in certain situations. But if you don't do it, you're also dying inside emotionally. So especially with Everest, it's part of that push and pull.”

What's In My Bag: Renan Ozturk's Kit For Run & Gun Filmmaking & Photography From Everest & Beyond

What's In My Bag: Renan Ozturk's Kit For Run & Gun Filmmaking & Photography From Everest & Beyond