When the skateboarding boom exploded in the 1970, it wasn’t all just about doing tricks and imitating surfing. Straight speed racing was a part of the sport as it was finding its way. Ultimately carving up drought-emptied pools and turning urban landscapes into playgrounds came to dominate skateboarding, but in the past few years a growing cadre of athletes have rediscovered the racing...Skatercross is here.

On July 23rd on ABC’s Wide World Of X Games, you can see the sport first hand. To bring the action and intensity of the competition to life, 900 Films used Sony cameras on and around the course. We caught up with 900 Films’ Jared Prindle to get the story.

“Andy Macdonald, the X Games Gold Medalist, started Skatercross. In the race, the skaters have a really tall roll in. It's about 25 feet tall. With the skaters rolling and get their initial speed and then go air over 25-foot gap and then another 18-foot gap and then it curves so there's berms and there's lots of jumps and gaps and whoop-de-doos. There's a lot of different obstacles. It ends up being about a 35-second race. In the qualifier, it's two guys next to each other. For the finals, they have three guys shoulder-to-shoulder, which ends up being really cool to watch.”

“I've been around skateboarding since ... well it's really been the only job I've had. I've always worked for skateboarding and shooting skateboarding. I've seen a million contests and watching a race when it's close, it hits a sort of primal urge in me. In other aspects of skating, you may not care so much about the tricks or the skater. If your favorite's not skating you may not be interested in what they're doing. But when it's a race, it's so different. It's super exciting. It's not something that I’ve really seen in skateboarding before now. There’s a bit of that NASCAR feeling. It's fun.

To shoot the action, Prindle and his team used Sony cameras at the event. They used PXW-FS7 locked down in carefully-selected spots to shoot the racers as they traversed the course. Smaller PSX-FS5 cameras were used on handheld gimbal rigs to get up close to the athletes and move in the crowd. Sony Action Cams were placed on the starting gates where they caught some of the best footage. Prindle explains,

“One of the coolest things we did was put Action Cams on the starting gates. It’s something we couldn’t have done that with any other kind of camera. At the starting gate, there are these poles that stick up out of the ground vertically. The skaters would grab onto on each side, almost like ski poles, but they're mounted on top of the 25-foot tall roll in. Then, there's an actual gate that’s vertical which slams down like an air piston is in there. The gate comes down and allows the skaters to drop into the course.

We placed action cams on these poles, right about where the hands are. You see the hand come into the foreground, then you see the skateboarder and his face. The cameras caught conversations that our regular camera person, he's got an FS7 on his shoulder, could have gotten. There's racers talking about being nervous and rubbing their stomachs like they aren’t feeling that well. They shake when the gate shakes. The Actioncams really brought a bit of rawness to the racing.” 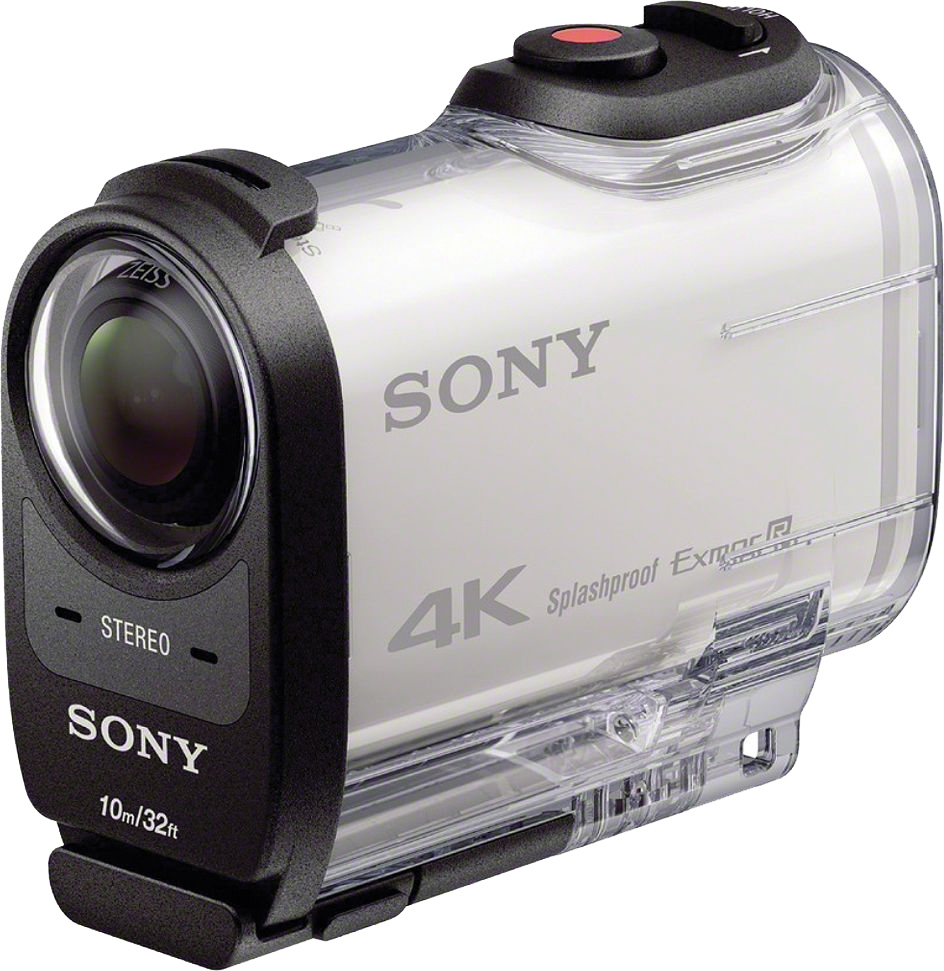