Photojournalist and Sony Artisan of Imagery Ben Lowy doesn’t like to be type-cast. Originally gaining notoriety as a conflict photographer, his career is marked by a continuous drive to cover new topics in original visual ways. Over the last few years, Lowy has become an accomplished diver and chronicler of sharks. His work underwater has brought him to the attention of international news outlets and, more recently Discovery. As part of that network’s annual wall-to-wall Shark Week programming, Lowy was called to do a Shark Week Instagram takeover. Lowy is in elite company with marine biologists, researchers and others who were invited by Discovery to do a Shark Week takeover.

For the takeover, and because he’s always looking to photograph new species of sharks, Lowy went to Rhode Island to get in the water with makos. And for this shoot he brought the new Sony α9. Jury-rigging the new camera into a housing designed for the α7R II, Lowy didn’t have full access to all of the camera controls in the water. He also picked a weekend after a local mako fishing tournament.

“I used an Aquatech surf housing,” Lowy explains. “It’s a pretty basic housing, and this one was made for an α7R II. But I could sort of fit the camera and lens plate in it. I didn’t have any manual control so I put it in shutter priority and I turned on bracketing and the AF set to the whole frame. I set the ISO to auto. I don’t usually shoot like that, but it worked out.”

Despite the limitations, Lowy got some stunning images. 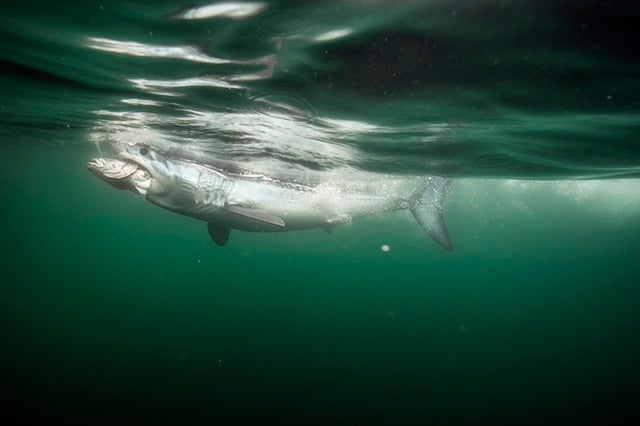 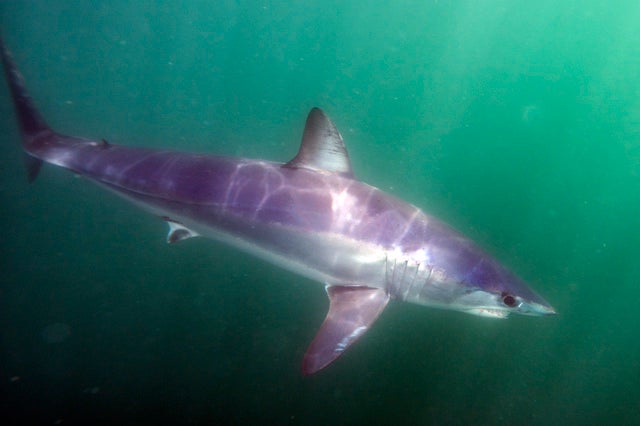 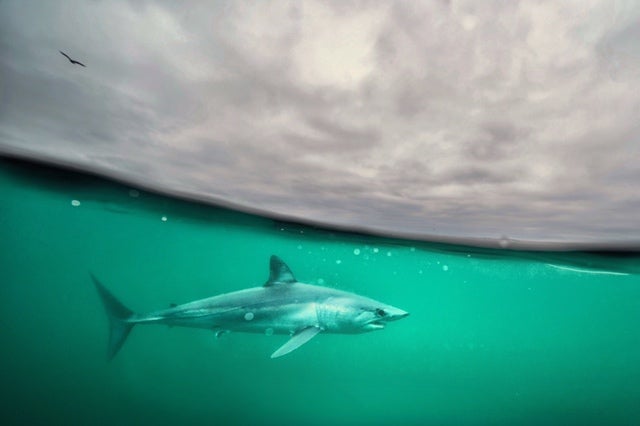 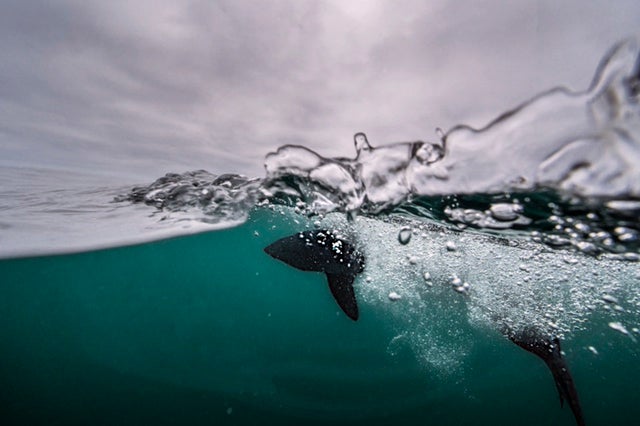