Today's Photo of the Day comes from Sony Alpha user Don Moulds. His photo of Cathedral Lake in Yosemite National Park was featured on the @sonyalpha Instagram feed where it received more than 5,000 Likes. We reached out to Moulds to find out more about how he made the photograph and the gear he used to do it. Note the photo is shown cropped at the top of the page. Below is the uncropped photo as the photographer intended it to be seen.

To get your photos into the running to be featured on Alpha Universe all you have to do is post them to Instagram with the #SonyAlpha hashtag. 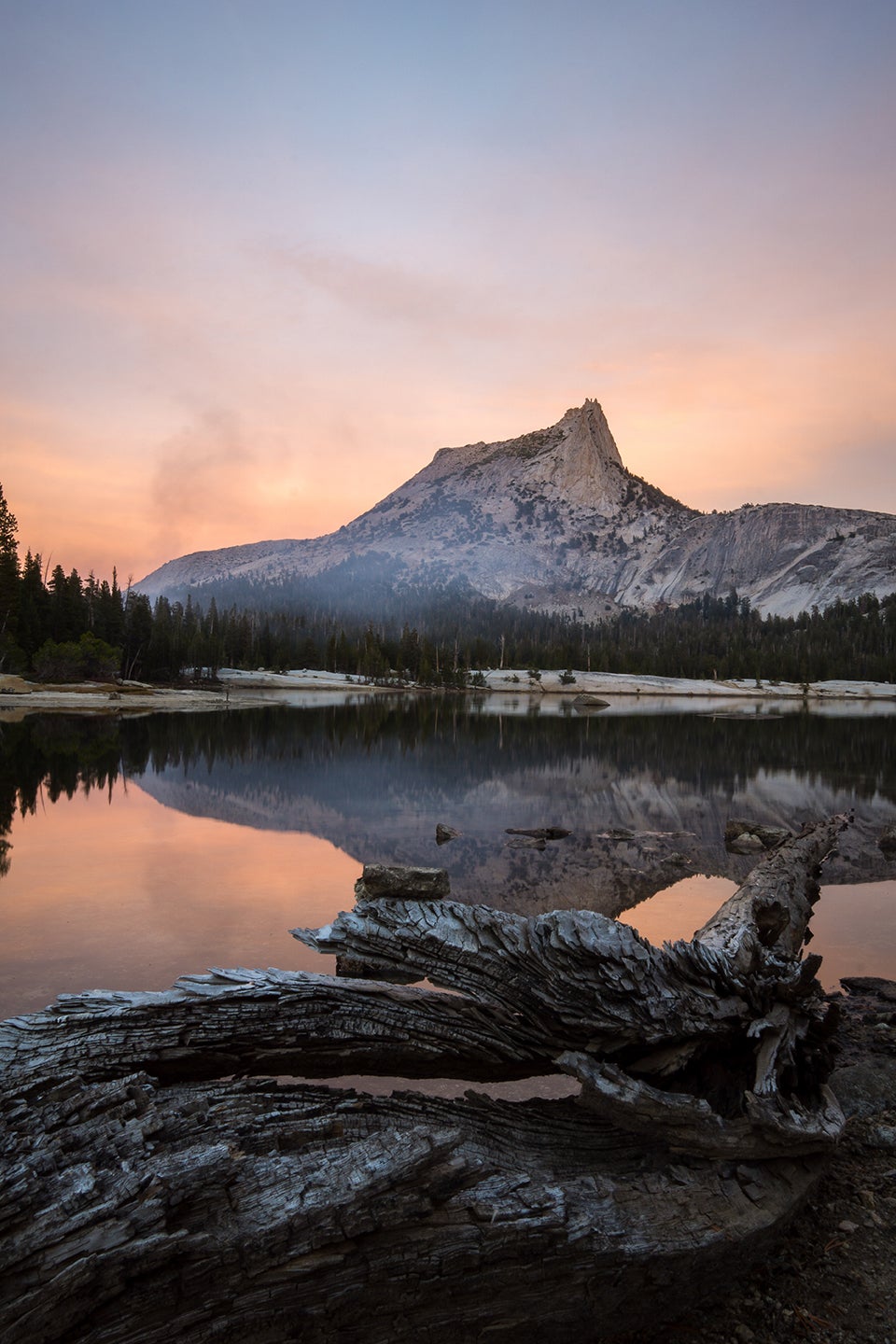 Cathedral Lake in the high country of Yosemite National Park.

How I Got the Shot

I hiked about 8 miles in to Cathedral Lake, getting there mid afternoon. On the way, I passed a number of signs advising hikers that there was a small forest fire burning, and that it didn't need to be reported to the park service. I made a couple of circuits around the lake looking for the best spot to shoot from, and chose this as one of the locations. Then I simply hung out for several hours enjoying the beauty and relative solitude of the lake, as there were only a few other people around (it was late September, and tourist season was on the decline). When the sun started to set, and the sky started to light up and the smoke from the maintenance fire drifted into frame for the shot. I shot a few other locations quickly as the sun set, and then made the 8 mile hike out in the dark by headlamp without anyone else around.

I've always thought that being willing to physically work harder, and to go places other people aren't willing to go is the most important thing as a photographer. Anyone can master the technical settings of a camera, but to create unique images you have to go unique places.

See more of the best of #SonyAlpha photos on our Social page and be sure to follow @sonyalpha on Instagram.