Arnis Brown (@arnisbrown) is the winner of the Alpha Female+ #SonyStories Challenge for this cinematic street photo he took while strolling downtown San Francisco.“This image was somewhat of a beautiful accident,” he says. He snapped it with his Sony Alpha 7 III and Sony 70-200mm f/2.8 G Master lens and below he explains what the visual meant to him. 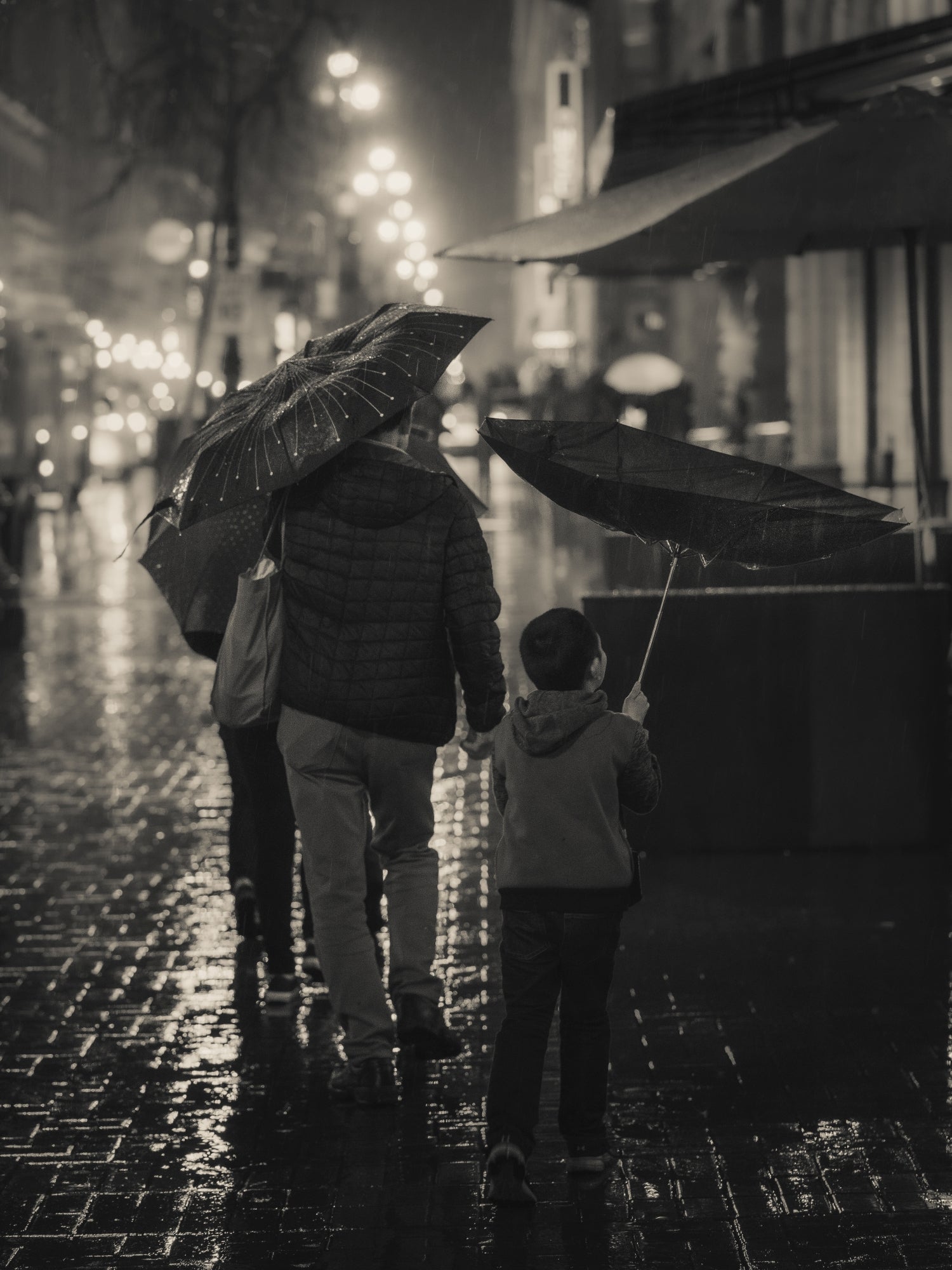 “I'd just gotten this lens, the Sony 70-200mm f/2.8 G Master, and wanted to test it out in difficult circumstances," Brown explains. "It was raining heavily in downtown San Francisco and I noticed this bit of a magic moment of a child with his family (as others scurried for shelter).  Cinematic language is a mix of composition, lighting, atmosphere and above all, story, and I just was lucky enough to catch this decisive moment. Photography takes a childlike curiosity to discover and capture magic and this carefree child with his upside down umbrella felt like a good visual representation of that.”

For winning the challenge, Brown receives a Sony ZV-1 camera. You can be a part of the November Alpha Female+ Photo Challenge. From now until December 12, 2021, post your best photo celebrating one of life’s special moments on Instagram for your chance to win a Sony ZV-1. Follow and tag @sonyalphafemale and use #sonyalphafemale and #sonylife in your post for your chance to win. The winner will be notified via DM on Instagram and you can see the Official Contest Rules for details.

Win a Sony ZV-1 In The #sonylife Instagram Contest

Win a Sony ZV-1 In The #sonylife Instagram Contest