Visual pathways are always in the forefront of my mind with any scene I am composing. Oftentimes it seems like such a small detail, but being aware of them can make or break a composition in terms of creating depth and eye-movement for your viewer.

Rocks seem to present the biggest challenge. In this image of a winter moonset at dawn at Big Sur’s Garrapata State Beach, I had two challenges to face.

In the winter, these beautiful black boulders are very prominent as high surf tends to pull sand off the beach (opposite during the summer months). I settled on these beautiful rocks accented by the small rock just above the reflection on the bottom right-side of the frame.

Next, and this can be the tricky part, I had to move ever so slightly to my left until I could separate the rocks from overlapping. I say this is tricky because it is not always a simple task – oftentimes to separate one pair of rocks means connecting another pair. You just need to try as best you can and stay aware of these connections.

Why is is so important you ask? Well, you must remember that we are working in a two-dimensional medium while we see in three-dimension. We have no problem seeing depth while composing the scene but in the resulting image, that depth will be lost upon your viewer. 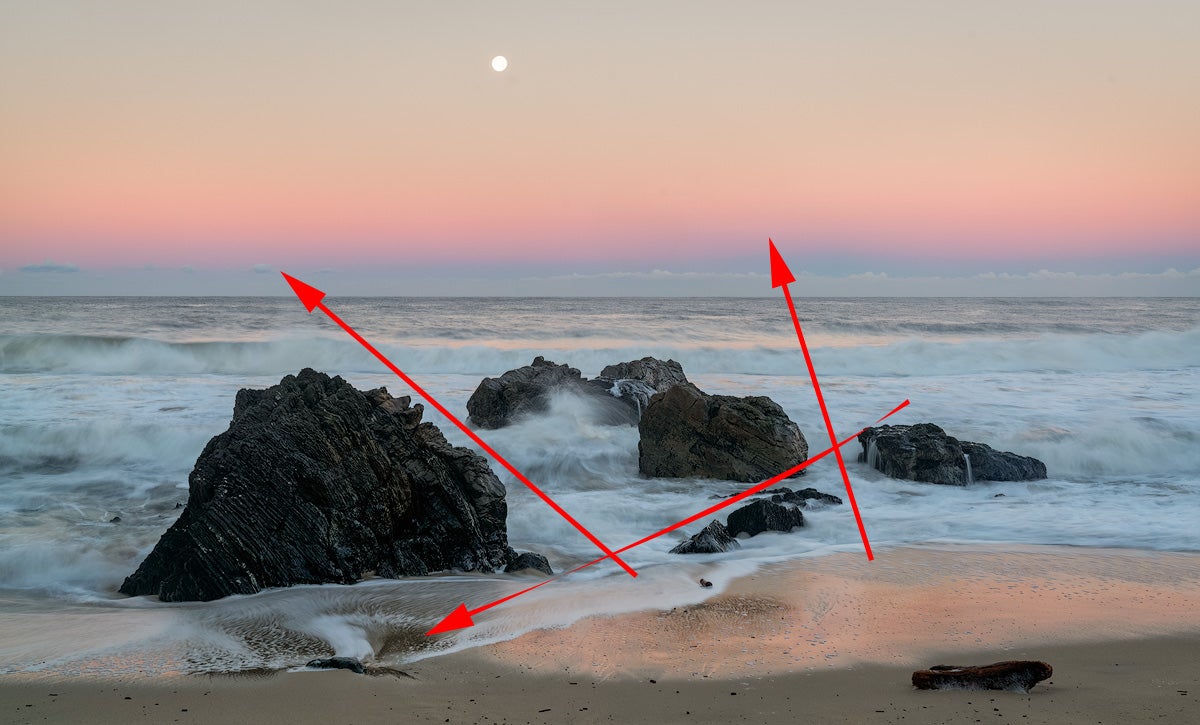 By moving a foot or two to my left, I was able to separate most of the rocks and create visual pathways. This aides in the illusion of depth to my scene.

As you can see, I have opened up visual pathways to allow my viewer’s eye to move through the rocks and up to the twilight-lit sky and setting moon.

In this next frame, I put a circle around the one pair of rocks I could not separate. 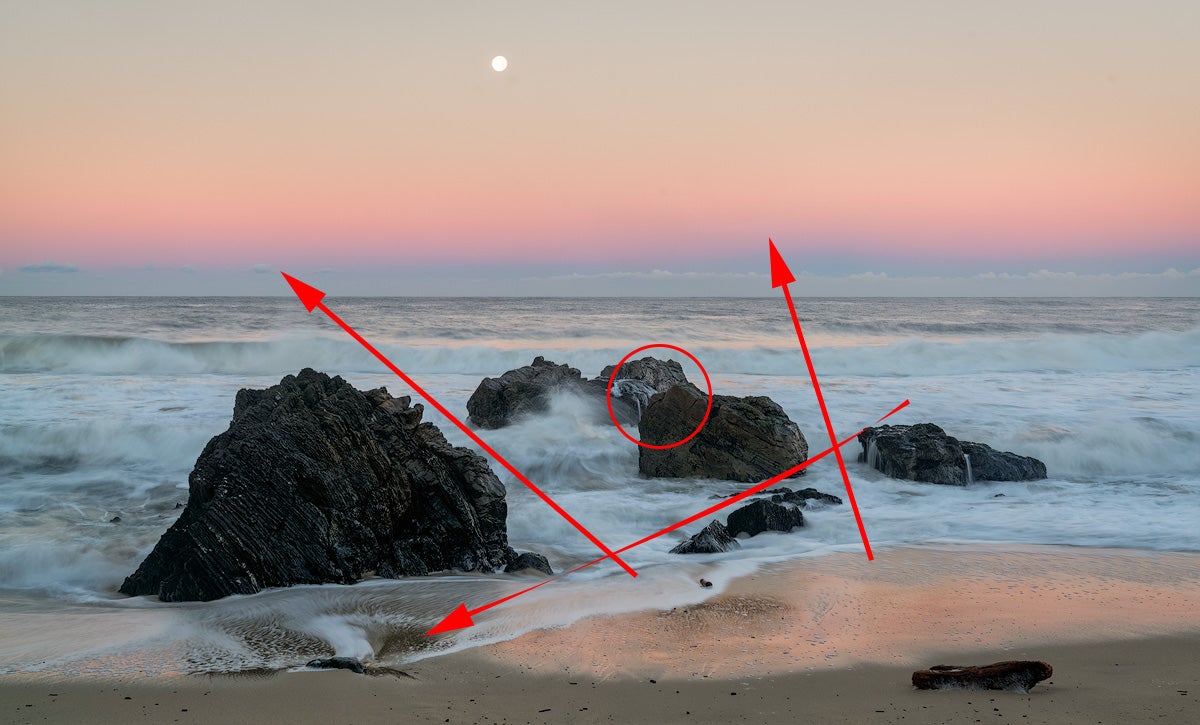 The circle indicates where I could not physically separate the rocks by simply moving.

There are two ways of dealing with this issue when physical separation of objects is not possible. With this particular scene, I tried to wait until I got some white water splashing over the background rock. I did get some but not enough. I could not time it with the foreground line and reflection I desired.

In the end, my answer was to separate the tonality of the rocks in post-processing. Here is how I went about it: 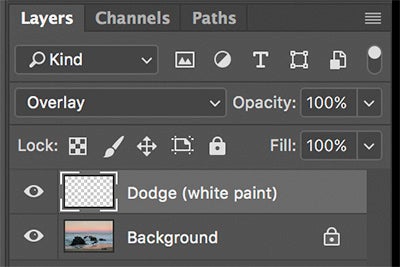 Add a Dodge Layer and set Blend Mode to Overlay.

First in Photoshop, go to Layer > Add New Layer. Now change the Blend Mode to Overlay. Now select your Brush Tool or simply type the letter B on your keyboard. 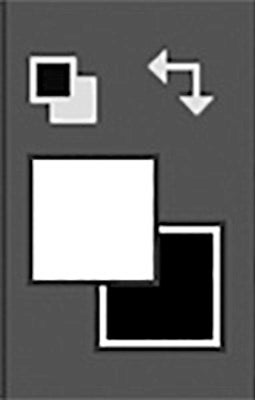 Make sure to have white on top of black. White is for Dodging while black if for Burning.

Next make sure you have white over black in your color swatches. You can flip this by typing the X key.

Start with a low Opacity Setting – I find 20 works best.

My goal now is to lighten the further of the two rocks that overlap creating a contrast in tonality. I want the back rock to appear lighter than the foreground rock for two reasons: First, the tonal separation will aid in the illusion of two separate objects, and second, the eye will gravitate to the lighter rock thus aiding in pulling your viewer’s eye into the scene. Landscape painters use this trick and it works for photos also!

Here is the result: 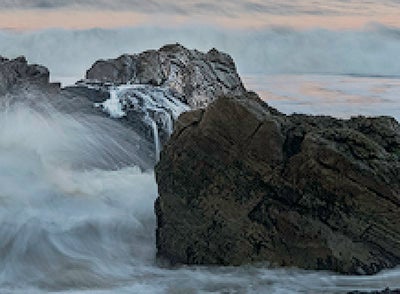 Background rock has been Dodged to help viewer to understand that these are two separate rocks.

If the two rocks were the same tonality, as they were in the original capture, they would have looked as if they were on object.

Paying attention to these seemingly small details is what will elevate your work to the next level. This is an advanced technique that will be easier for more experienced photographers.

If you are still relatively new to landscape photography, I would advise to first get the concept of adding depth with foregrounds and mid-ground elements. Once this becomes second nature to you, then you can introduce this concept of pathways.