Genaro Bardy, a photographer based in France, has created a truly unique project that provides a fresh look at some of the most photographed cities in the world. What could be new or different about photographs of ultra-recognizable metropolises like New York, London, Paris, or Rome? Bardy found the answer at 4AM local time: Desertion. No people walking the streets. No cars zipping up and down the streets. Just the stillness of the structures that remain. This magical window, while the city sleeps, gives a rarefied glimpse at what these global capitals look like when the world is resting. It's magnificent and the images will give you chills. Alpha Universe chatted with Genaro Bardy about this fascinating project to learn more about his journey with an α7R II through the deserted cities he captured.

Alpha Universe: How did the Desert In The City project come about?

Genaro Bardy: More than two years ago I was looking for a way to create a series of pictures that would make a beautiful "portrait of a city". I thought of photos of New York I had done just before Irene hurricane back in 2011. Streets were totally empty during the curfew and I had the chance to wander in an empty Manhattan. So I asked myself, "How could I shoot an empty Paris? With no people, no cars, no tourists, and still magnify the city of love. It turns out there is a moment in the year when streets are totally empty, when people are home or away, when nobody is partying all night long : that magical moment is Christmas. So I went and shot 25 pictures of an empty Paris at Christmas 2014, mostly by walking. No scouting necessary since it is my hometown. New York was more of a challenge but I thought Thanksgiving was the perfect family holiday for the project.

The response to the pictures on the Internet was amazing, with many blogs and features in national media. I had in mind to continue the project and did it again in London on 2015.

Alpha Universe: Why do you do the shoot in such a short time? Just one night, just one weekend, etc?

Genaro Bardy: Some projects have been done of deserted cities over a very long period of time or with intensive post production. My idea is to show an actual moment where streets are empty during a special holiday for the city. The idea is to say "I was there alone", which can actually happen for one hour without seeing anybody during those nights. I have to say I enjoy the physical performance of the project, those nights are pretty intense.

AU: Why was the α7R II your camera of choice?

Genaro Bardy: Two components are the most important in image quality : the sensor and the lens. Per my experience, the α7R II sensor is just best in class for full frame cameras. Also the dynamic range is important in this project. The two cities I photographed with the α7R II (NYC and Rome) are better than Paris and London in my opinion, thanks to the camera. It's not common to shoot cities during the dark of night, the blue hour is more obvious, and I need dynamic range in the dark conditions.

Alpha Universe: Which features were especially useful for this project?

Genaro Bardy: It's a fine art project so 42 megapixel resolution helps. I have exhibited some very large prints of the project. Dynamic range is necessary for the dark night. ISO is usually not an issue since I shoot 15-20-second exposures. The tilting screen is very useful because some shots on a tripod are close to the ground to show deserted streets.

Alpha Universe: How did you have your α7R II set up for optimally shooting these scenes? Did it take time to refine it or did you have to adjust based on different variables in each of the locations?

Genaro Bardy: Most of the pictures are 15-20-seconds at f/11, ISO 400 or 800. Long exposures make the city appear empty. I avoided car lights because they would ruin the exposure and would illuminate a person walking making them impossible to erase. Sometimes I needed faster shutter speed. [For example with] Times Square because a long exposure would overexpose the huge screens. The Brooklyn bridge had some cars so I pushed the ISO up to 64000 to get a fast shutter speed and get the photo when there weren't any cars on the bridge. I used a good heavy tripod since it can be windy and on longer exposures, a 2 sec delay in order to avoid initial motion blur.

Alpha Universe: You say 4AM was the perfect time to shoot because there's virtually no cars or people out. Other writers and artists have also found that there’s something special about 4AM... was there anything else particularly interesting or different about shooting at that time of day?

Genaro Bardy: It's so calm. There's a strange feeling in the air, the city is asleep. I always enjoy it so much, probably because I'm doing my thing too. But it's fun to run free in the streets.

Alpha Universe: Since you were shooting in the cities at night with mixed light sources, what kind of challenges did you face with the artificial light that illuminates the cities at that hour?

Genaro Bardy: It is very challenging to have a decent exposure for the whole frame. I first tried with f/11 and 15-seconds at 400 ISO, then I would adjust depending on the scene. I would probably not go under f/8 to keep a good sharpness and depth of field. That creates starbursts on sources of light, which ruins some pictures.

Alpha Universe: Obviously, the locations you shot are ones that are normally replete with people and vehicles and activity... so in contrast your deserted shots offer a rare glimpse of those sites. But was there anything else different or unique about shooting those scenes with the cars and people absent that you didn't expect?

Genaro Bardy: All locations are scouted by day the week before so I can shoot all of them in a single night. But there are always unexpected encounters. The Thanksgiving parade blocks lots of streets, for instance, and I had to go around it. And I walk most of the time so I can improvise. Some of my favorite shots were improvised, like the one on 5th Avenue with the smoke. And when there's nobody around, I discover new angles or scenes that I wouldn't see in daylight scouting with people around.

Alpha Universe: What’s next for the project?

Genaro Bardy: The Kickstarter for the book was a failure. I made the mistake of launching it before contacting media in the US where it could have exposure. But it got picked up by an editor in France, [and now] we're working on the book for the end of the year with 4 cities. In 2018 I intend to continue the project in Tokyo, Hong Kong, Rio de Janeiro and Cairo.

See the rest of Genaro's captivating images from this series and more at genarobardy.com . 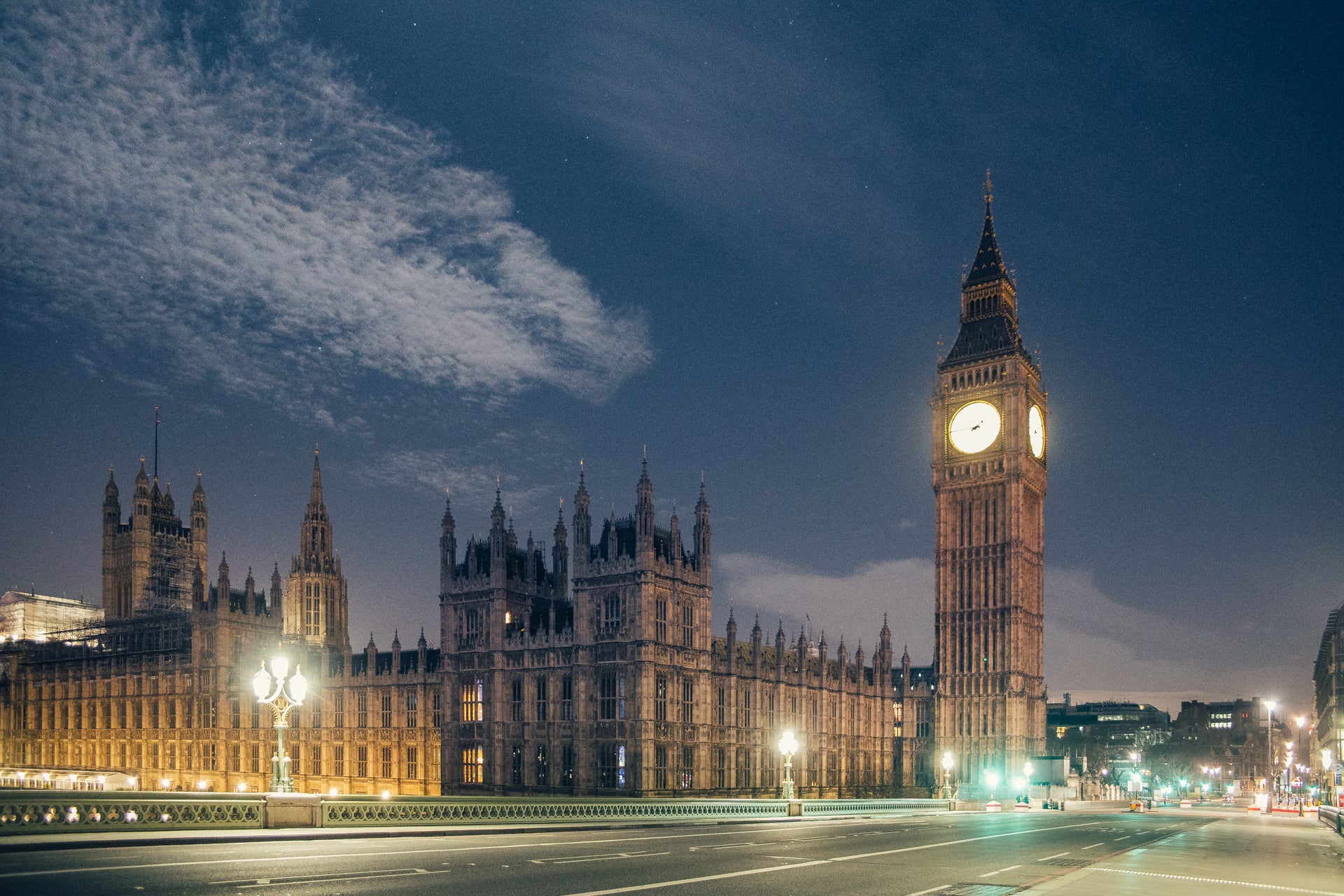 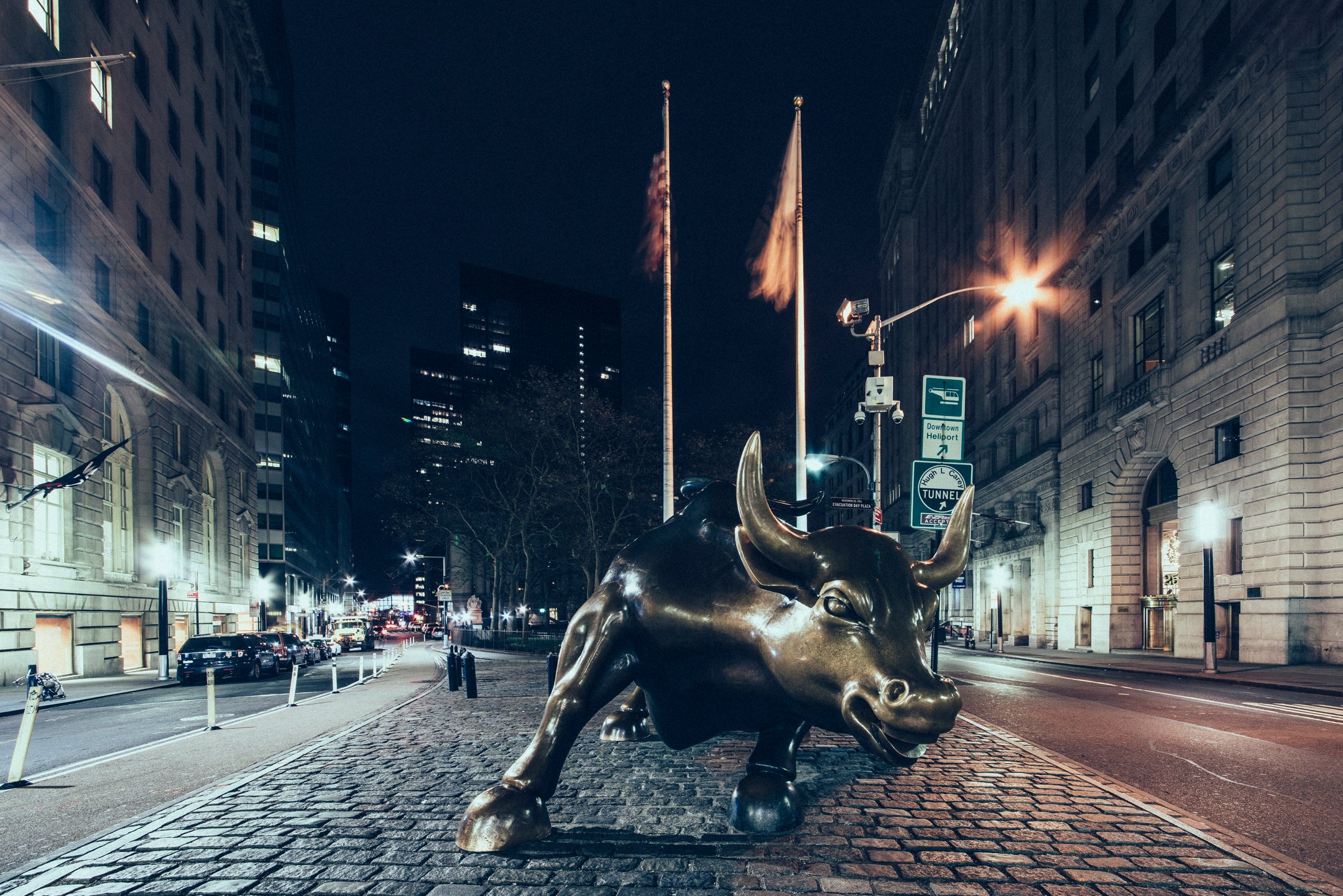 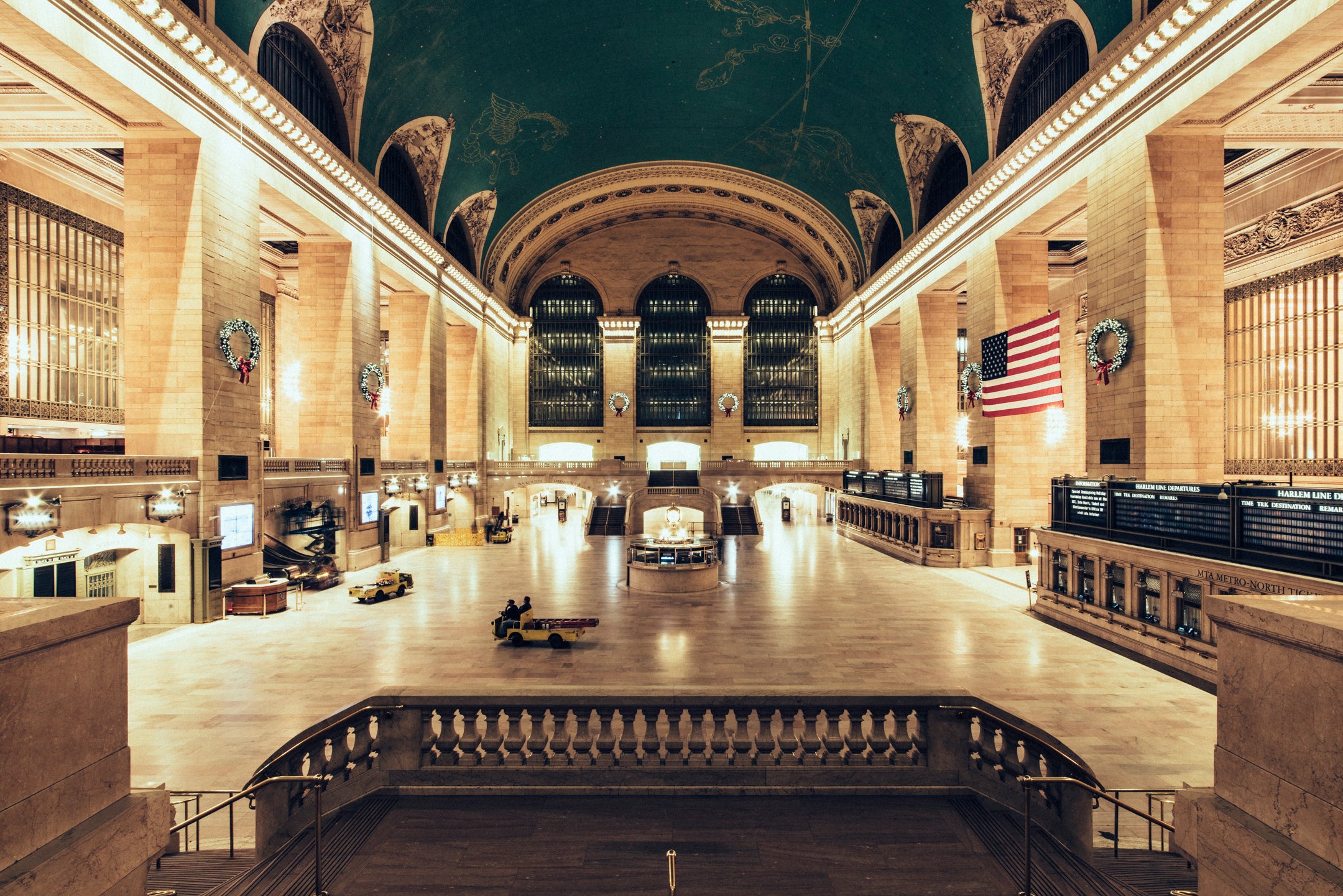 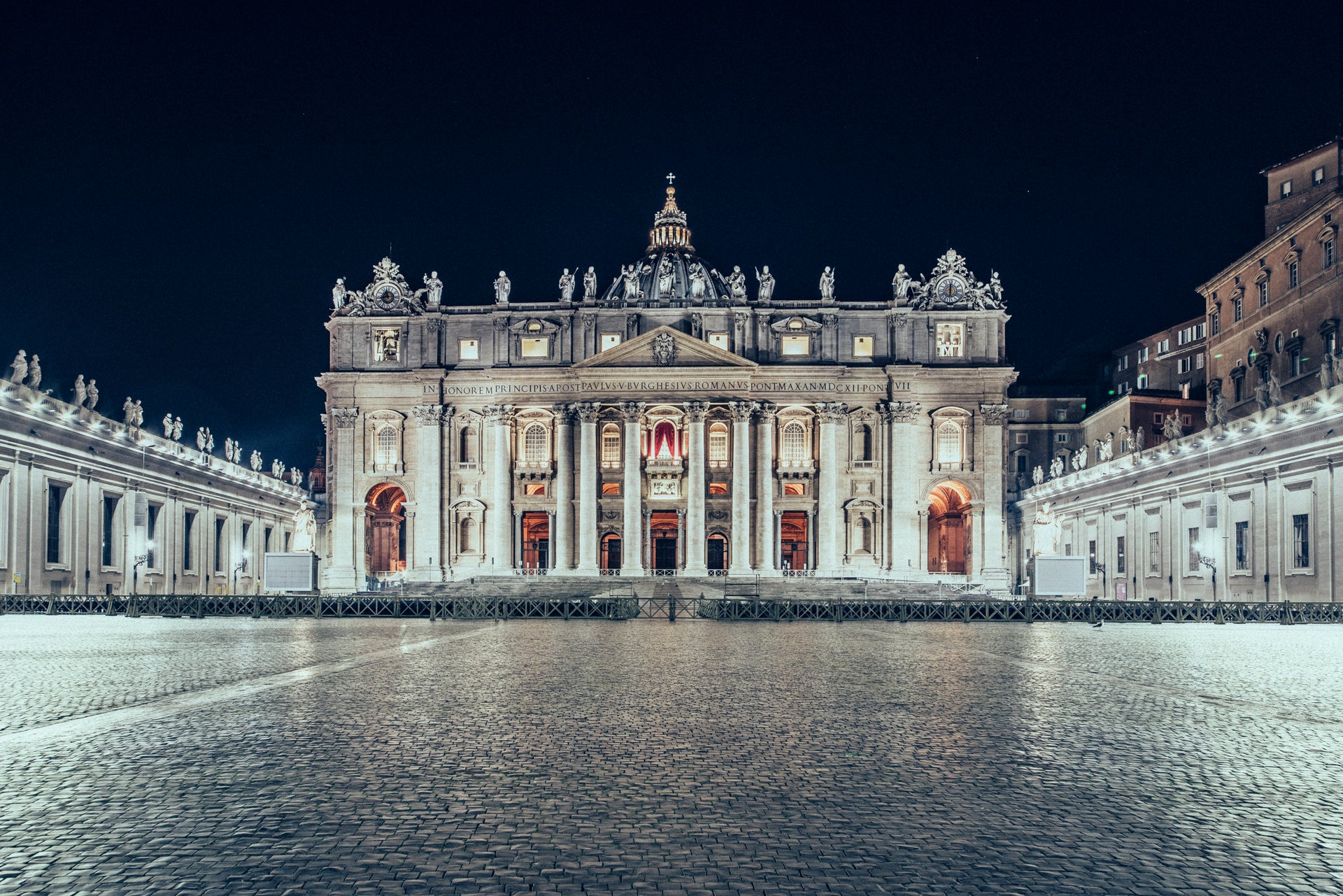