I still remember getting my first 16-35mm lens on a full- frame camera. It was like a whole new world of possibilities had been opened up for me. I began shooting everything I could at 16mm – and I loved it! There can be problems that arise from shooting that wide, though. The biggest threat to shooting super wide is losing your viewer in a scene that simply has too much in it and no obvious place for the viewer’s eye to go. This is how I defeated that problem and why my wide-angle scenics are some of my best images.

When shooting super wide, the all-too-common mistake photographers make is simply not getting low enough to the ground. I see it on every workshop that I lead. Often times, the most important element in a wide-angle shot is what’s right in front of your feet: the foreground. And it’s typically not enough to just back up with your feet to include it. You need to get down low; and if you think you’re getting low enough, you probably aren’t! 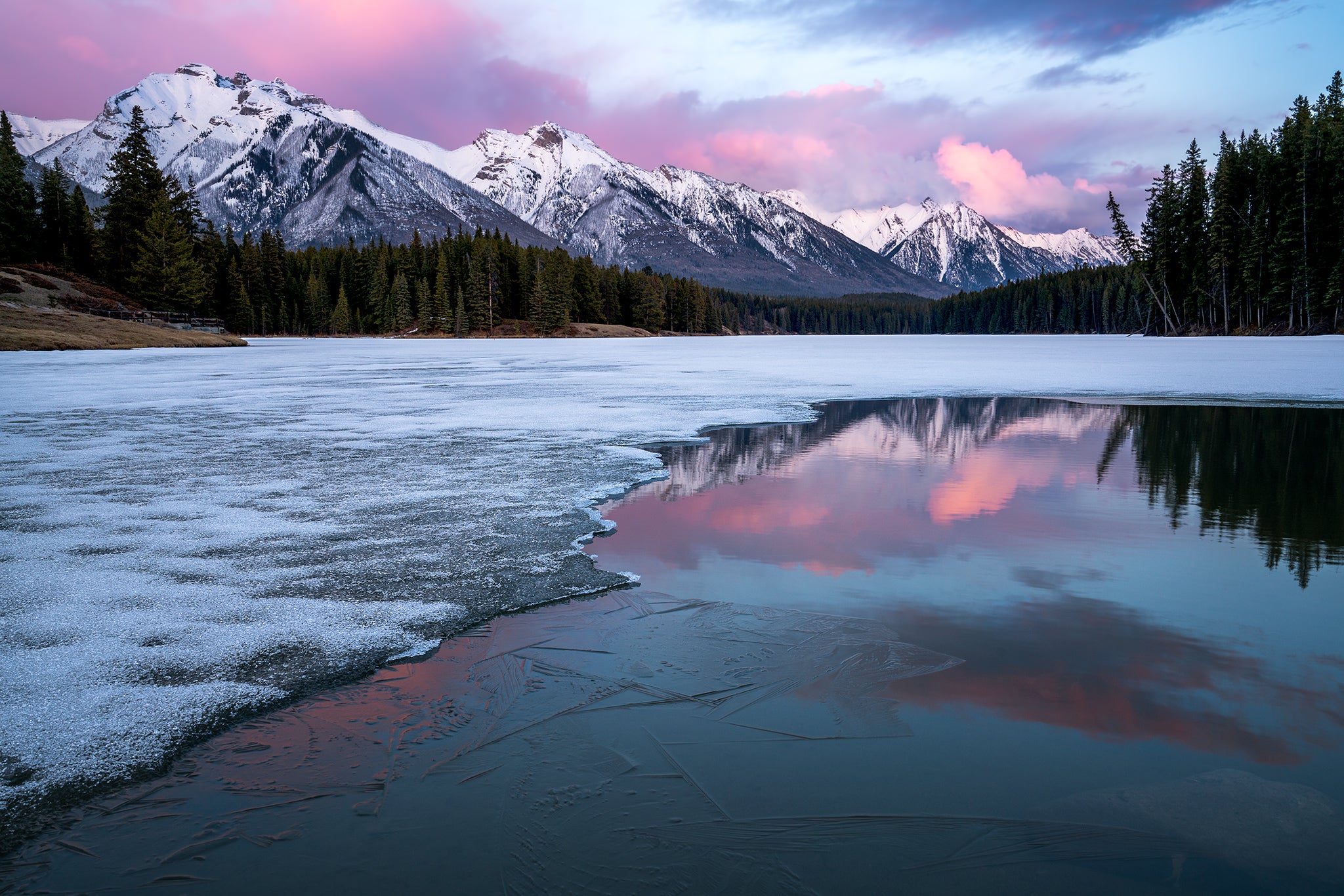 Having this mindset makes a real difference. As I surveyed the scene that evening, I noticed the ice and snow on the lake, but when I saw the thin layer of new ice forming, I knew I had to have it in my shot. And because of that, I had to get down low. For this photo, I was literally sitting at the edge of the water, with my tripod legs in the water, and my camera sitting just a foot or so above the surface of the water.

Fortunately for me, every Sony camera I’ve owned has a tilting screen. This allows me to put my camera at or near the ground, but still remain seated or even standing. Back in my DSLR days, I would have been laying on my stomach in the snow and mud trying to see the live-view screen or look through the viewfinder or I simply wouldn’t have tried to take the shot.

Next time you go out shooting, don’t just think of what’s far away as your subject. Think of it as a backdrop to the unique and interesting foreground that you are now challenged with finding. Here are some more examples of wide angle shots I’ve taken where the foreground helped create a strong image. 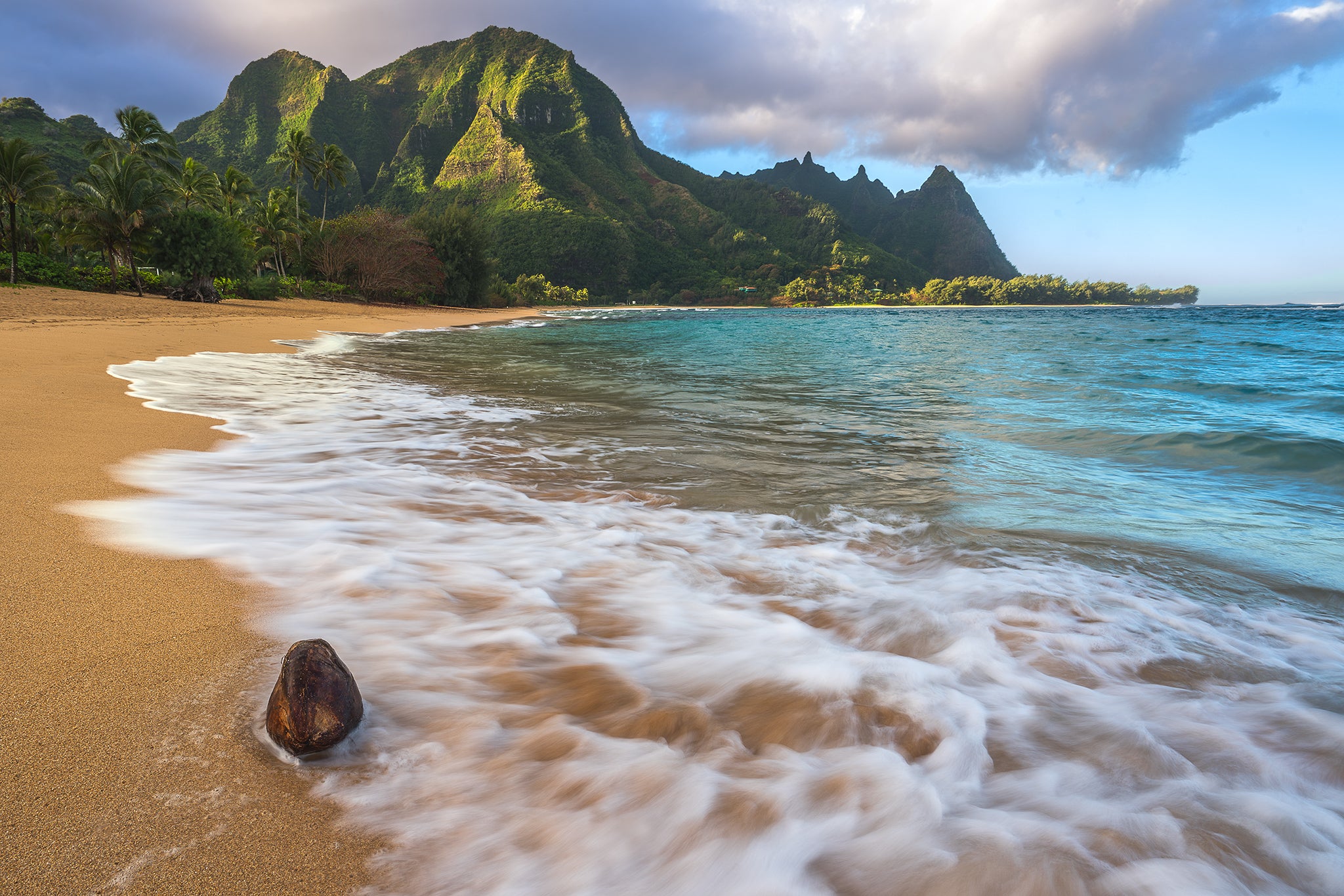 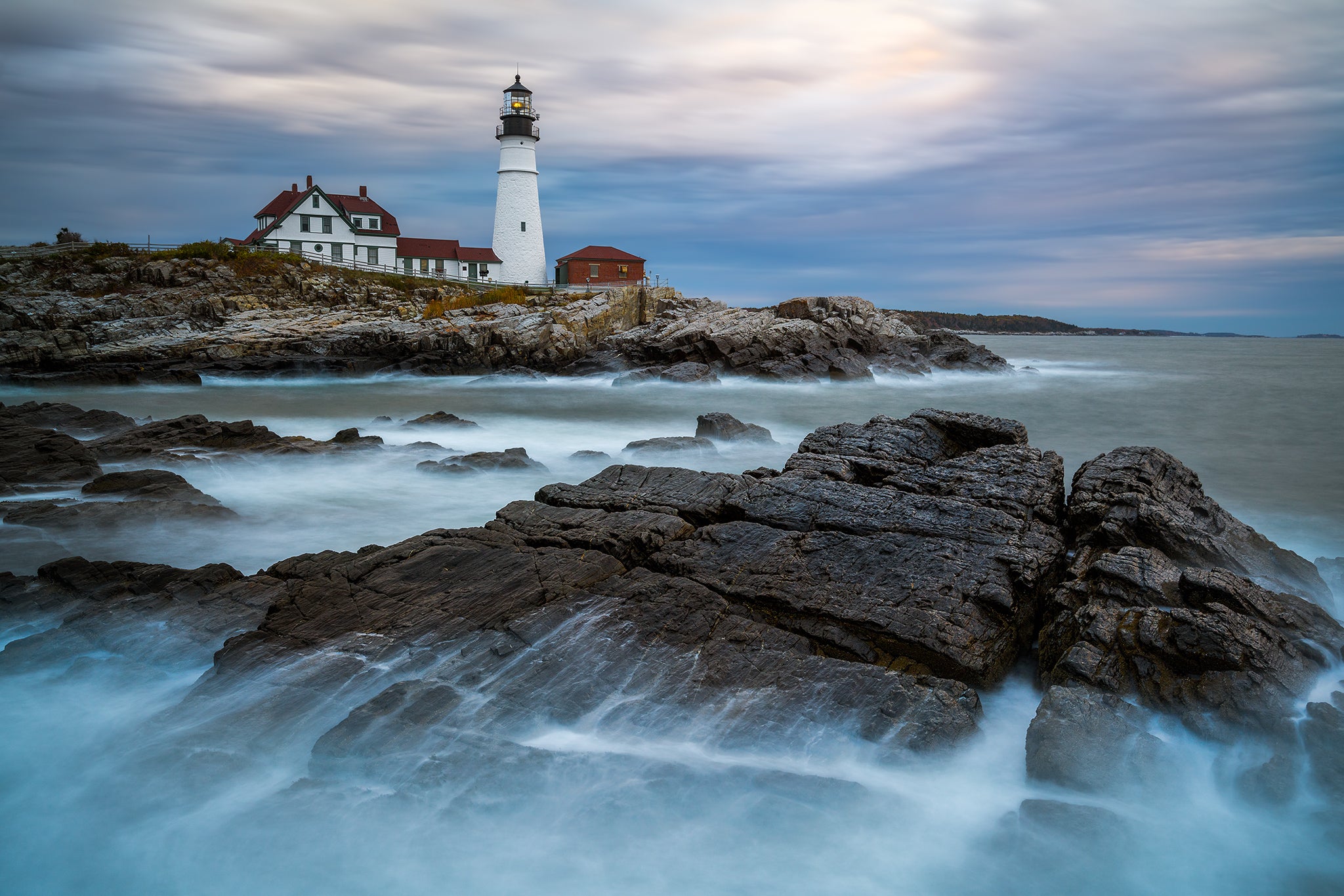 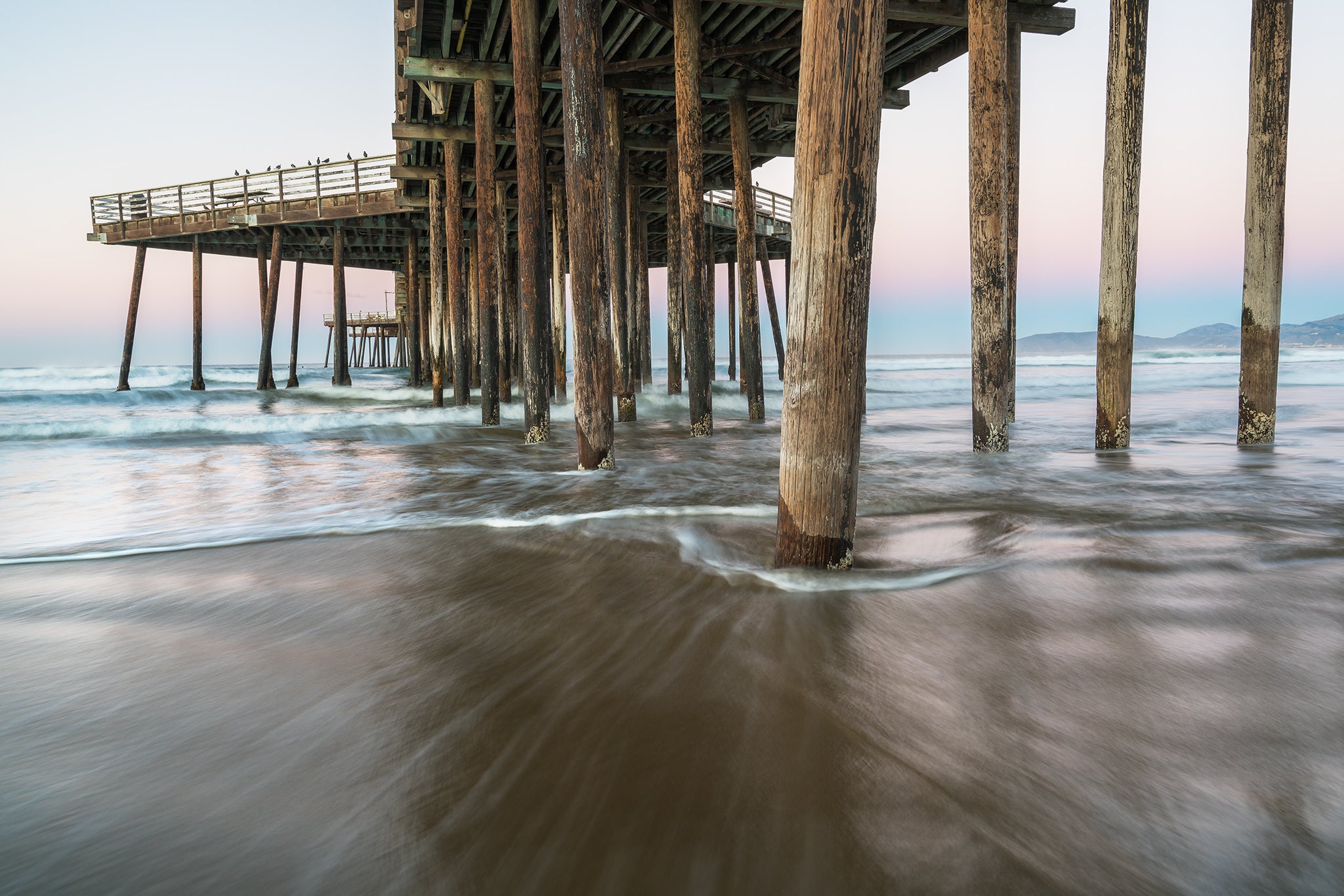