Sony Artisan of Imagery Ben Lowy began his photojournalism career as a conflict photographer witnessing the worst of humanity. In LEGACY Part 2, Lowy describes how becoming a father has changed how he sees and documents the world. It’s become one of his goals to show the world’s beauty to his children and he’s inspired by the awe in his boys’ eyes as they see the that world revealed.

“It’s not what I leave behind for the world to see, but how I teach my sons to see the world.” –Ben Lowy

Check out LEGACY Part I.

See Ben Lowy's behind the scenes video where he describes how he shot the Legacy series and why he shoots all of his video in 4K. Watch carefully and you'll see the note that Lowy makes to himself and tapes to all of his cameras which reminds him to "GET CLOSER". 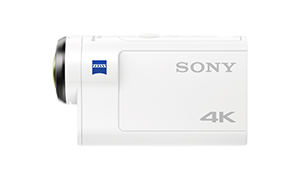