When photographer Alex Harris (@siralexharris) moved out of New York City and realized street photography was no longer a possibility in his new location, he decided to take up bird and wildlife photography. He’s captured many incredible wildlife interactions since, and when we came across this photo of his that seemingly captures an owl ready to attack a Northern harrier, we wanted to learn more. After connecting with him to get more information, we learned that’s not quite what went down. Read to learn how he captured the interaction with his Sony Alpha 7R III and Sony 200-600mm f/5.6-6.3 G and create your own Alpha Universe Profile for your chance to be featured HERE.

How a long-time urban street photographer who took up wildlife & birding captured an avian turf battle between a short-eared owl and a Northern harrier. 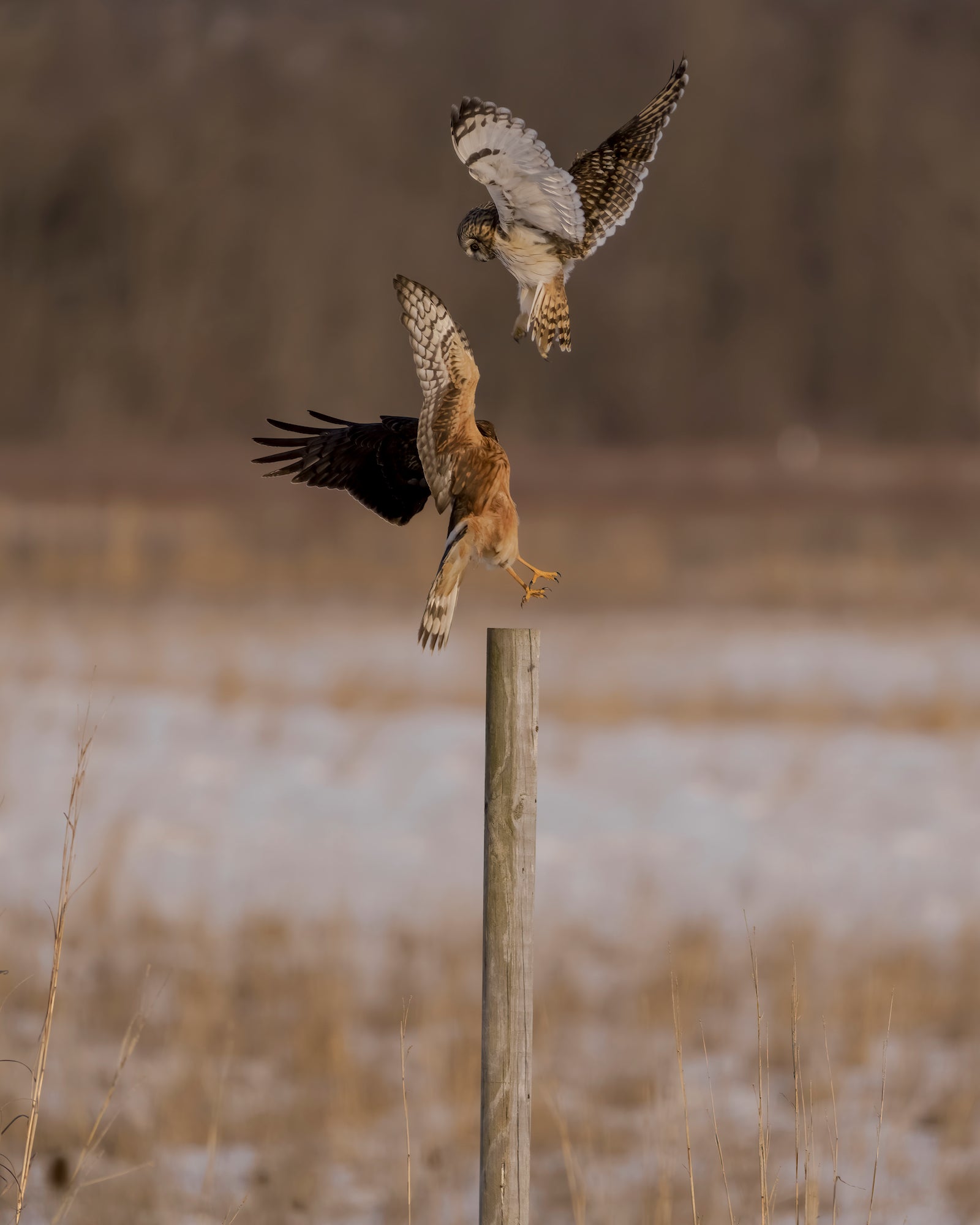 Harris went to a grassland area near Ulster County in New York that’s very well-known amongst the birder community. “It's well known for short-eared owls,” explains Harris. “I was just sitting, watching and waiting as the owl was sitting on this post. I was taking some photos of it, but it wasn’t really doing anything. I was constantly scanning the scenery for some action, when out of my peripheral vision I saw this harrier coming in hot from pretty far away. Short-eared owls and Northern harriers are basically archenemies and can get very territorial so I started tracking the harrier, focusing on it, bringing it in and panning with it. I was using the zone focusing, which was awesome. It didn't lose the bird at all. And I just brought it right in and sure enough it came in and 'attacked' the owl.” 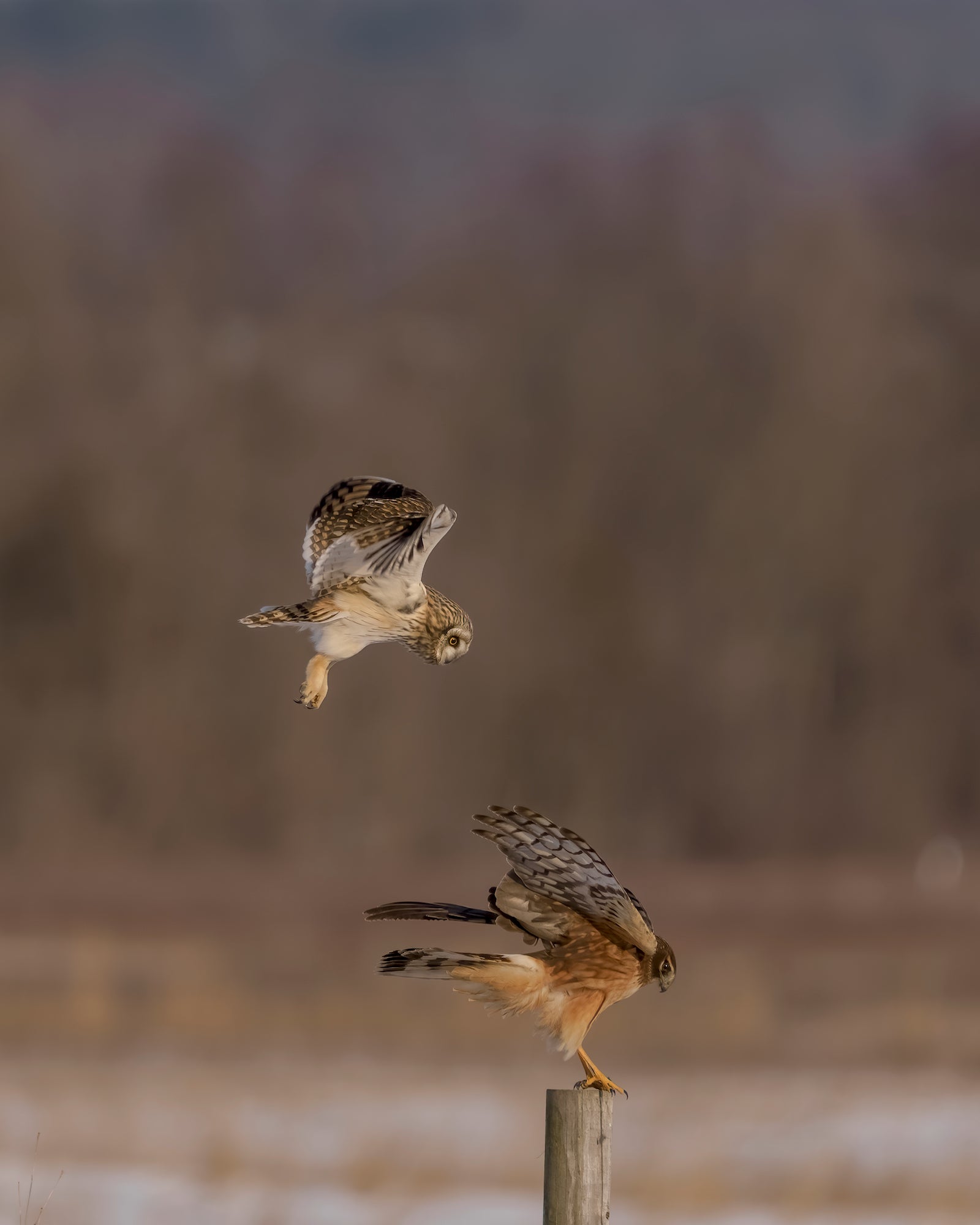 “Even though the series looks like the owl is attacking the Harrier, it's actually not that at all. The harrier came in and just chased the owl off, which is the first image where the harrier has its claws out. Then the owl turned around back on itself and went back to attack the harrier, but then thought better of it and carried on while looking back. In the final image the owl has a, ‘Fine, you can win this time,’ look as he flew off.”

Using the Sony Alpha 7R III and Sony 200-600mm f/5.6-6.3 G, Harris snapped the interaction between the harrier and the owl. “The Alpha 7R III isn't an Alpha 7R IV or Alpha 9 II, but it’s still so fast. I was shooting at 1/2000-sec. with ISO 200. I think I could’ve been shooting a little faster but of course it’s hard in the moment. I didn’t need an extender for these photos because I was pretty close.” 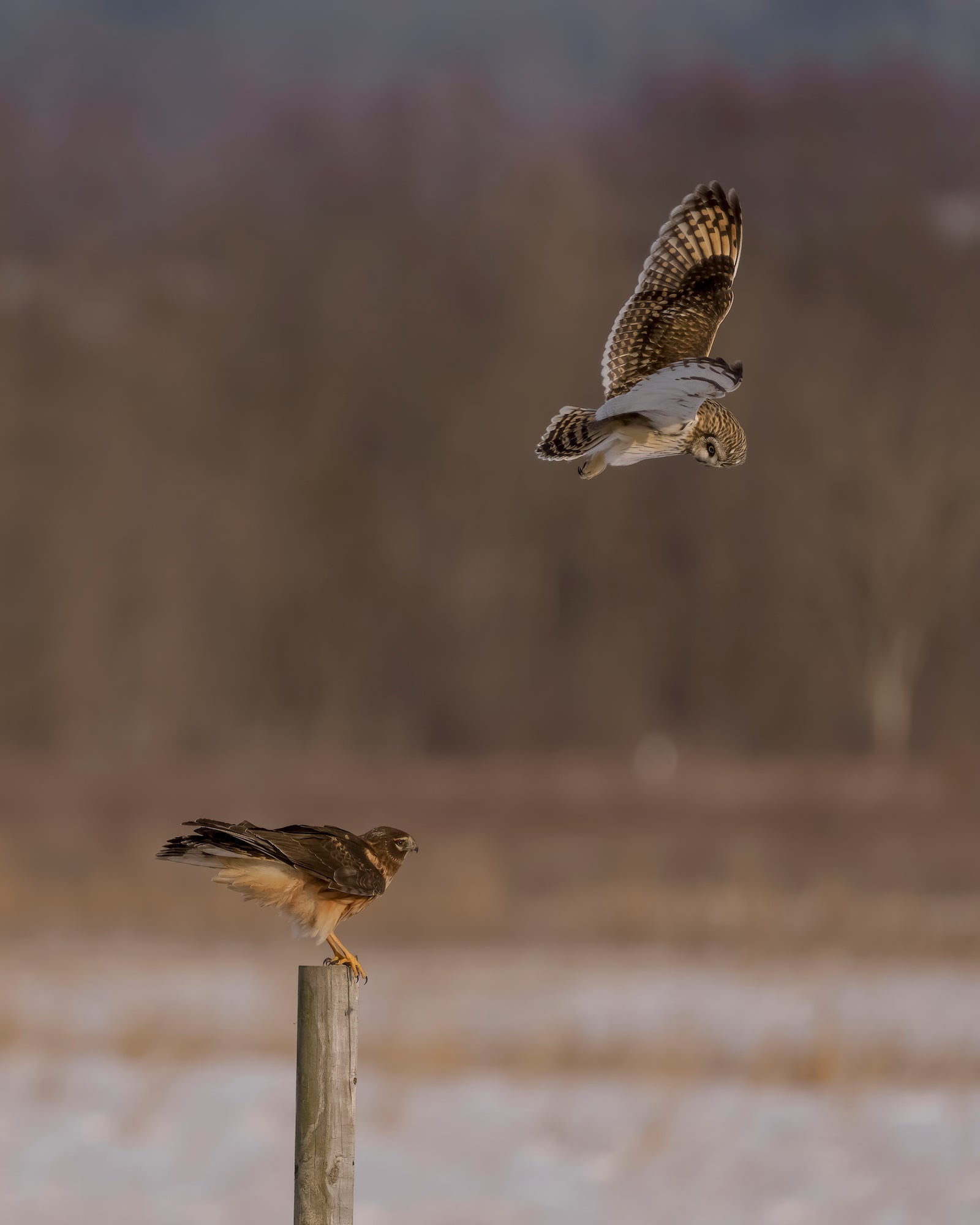 I just kept focusing on the harrier and was half pressing the shutter to focus on it. Then when it would get close I started burst firing. Normally I try not to do that too much because it’s such a long process to go through the photos. I try to compose and hold down for two or three shots rather than the machine gun approach. Once I have my shots I pull them into Lightroom CC to pull up the shadows and run them through Topaz DeNoise to boost the shadows more.”