As a commercial photographer, I work with companies all over the world to provide them with engaging images for their advertising campaigns. Depending on the company and agency these images might be studio shots in New York, location shots in the middle of a neighborhood in Chicago or, for a job I did in 2016 for Investigation Discovery, the site of multiple kidnappings and murders.

In the new normal for professional photography where time is short, budgets are tight and shoots have to be planned around challenging logistics, I need equipment that's flexible. I need to be able to shoot in a studio one day with lights in a controlled environment and the next day be out in the field trying to get all my shots in before the light disappears. I also need files that are big enough to be used for OOH (Out-of-Home) which means bus stops, billboards and vehicle wraps.

TD Ameritrade is a sponsor of the US Olympic Team and hired to shoot images for their “Like You” campaign in Miami, Fort Lauderdale and Portland, Oregon to use leading up to and during the 2016 Summer Games. Photographing athletes is always a great experience and I was very excited about it. I was also incredibly excited to learn that I’d be working with GreenPoint Pictures who were filming the motion side of the project. They made some truly beautiful and compelling pieces.

For the campaign, TD Ameritrade picked six Olympic athletes who have had long and impressive Olympic careers and were attempting to do it again. They also picked five real TD Ameritrade customers to be photographed with them. The idea was to show that at TD Ameritrade even their Olympians are treated “Like You”. Everyone gets great service and investment advice. It was a great campaign. 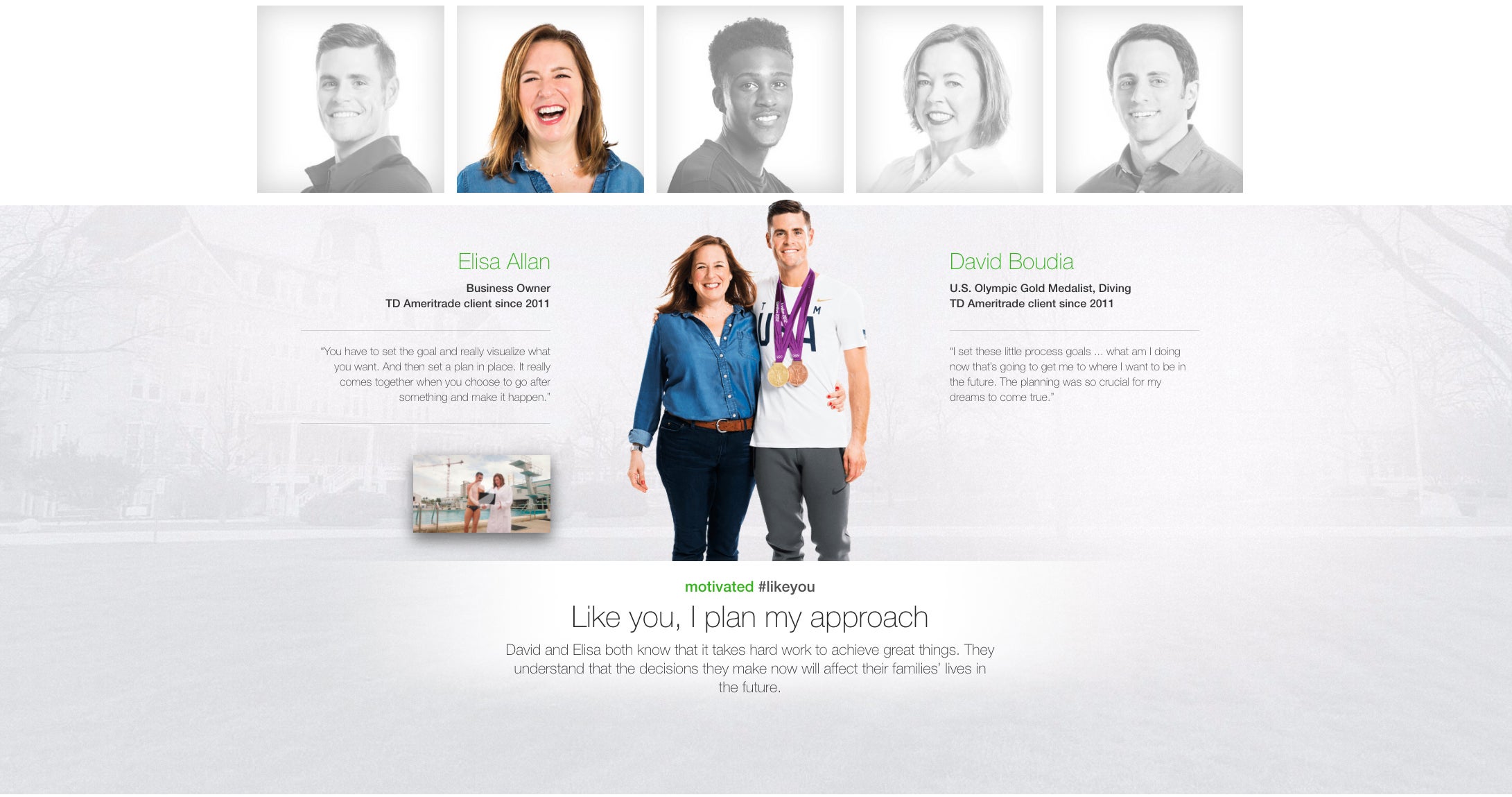 The best part of the campaign though was the four 2020 Olympic hopefuls they found to pair up with the current Olympians. They didn’t tell them before the shoot, but all of these hopefuls were going to Rio as guests of TD Ameritrade and we got to film and photograph the moments when they found out. 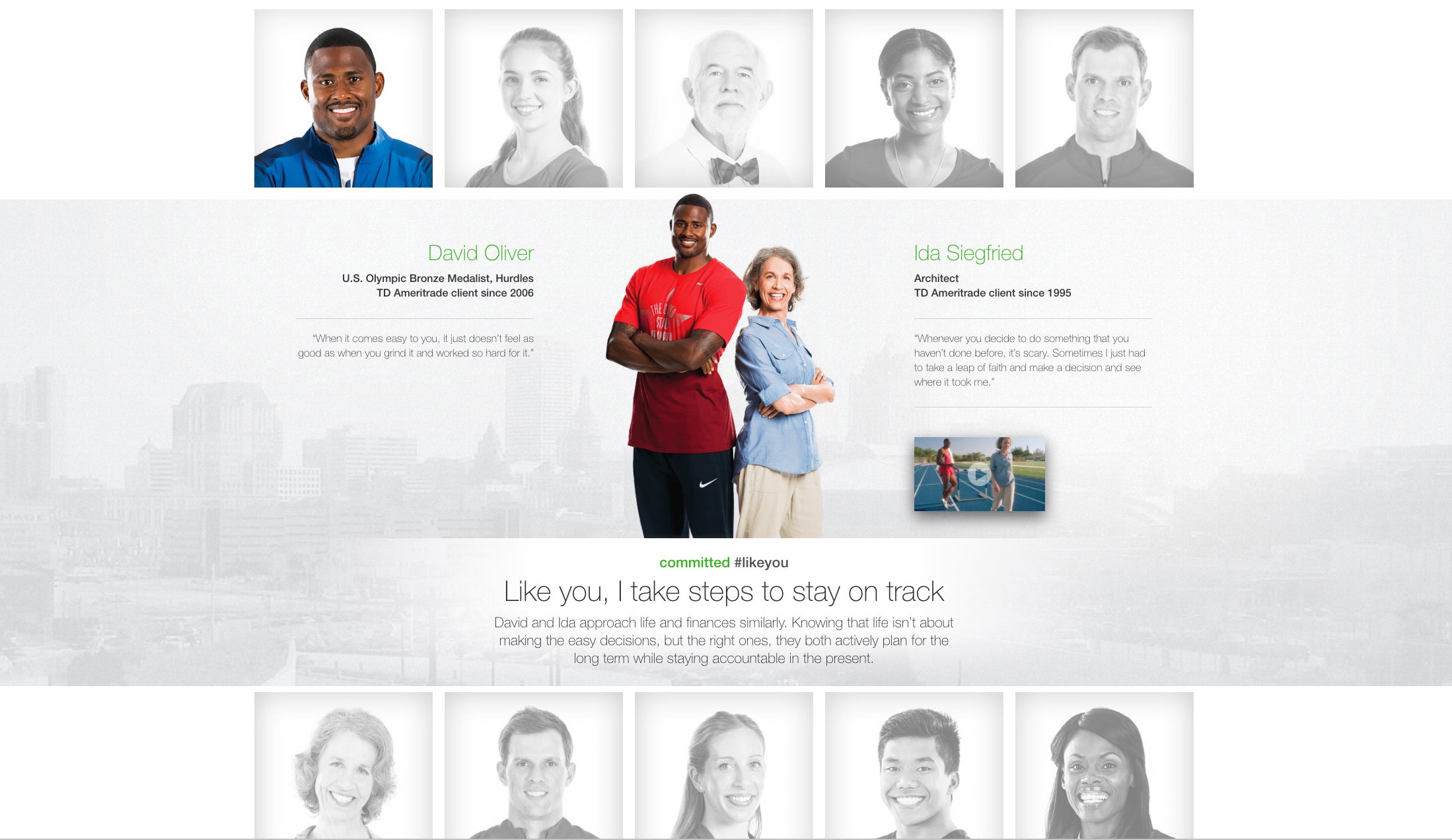 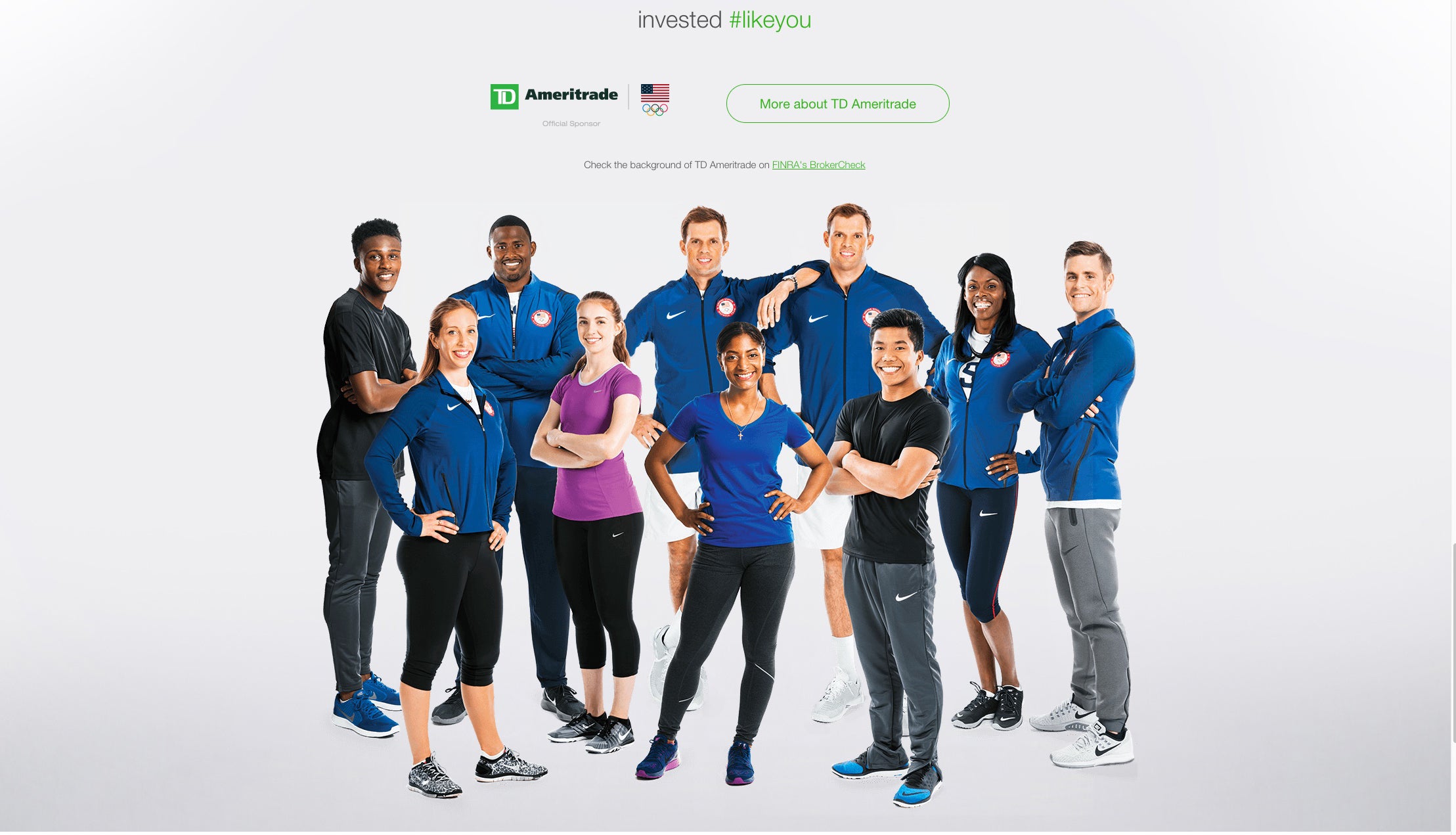 Down to nuts and bolts. We shot on location at the track and poolside and we also set up temporary studios in each of the locations where we were shooting. We worked with and without lights and we had to be very fast because we had a lot of people to photograph with several wardrobe changes. We also had to coordinate with the film crew because we were sharing talent. 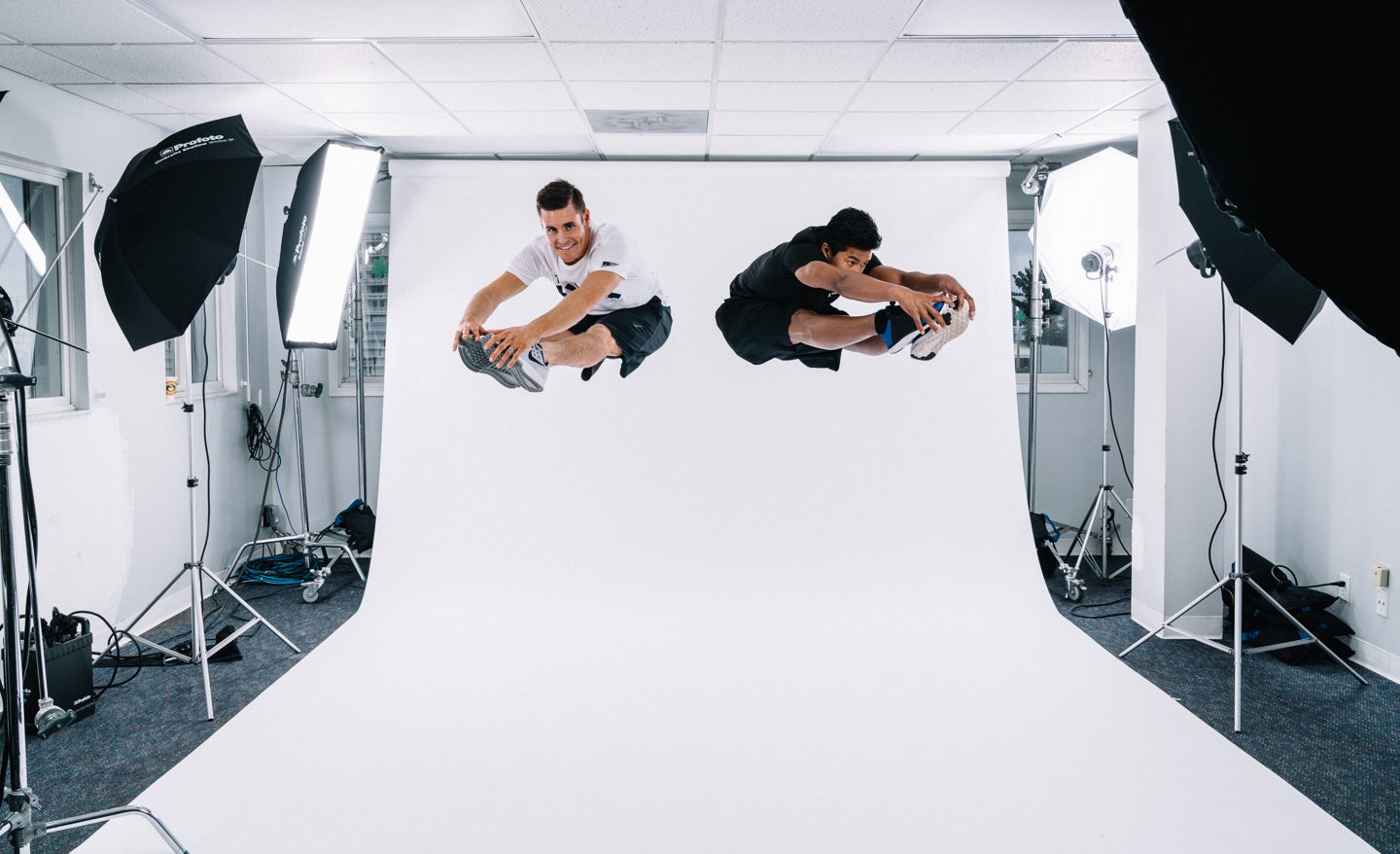 Behind the scenes action in a temporary studio.

Standing On The Shoulders Of Giants

Standing On The Shoulders Of Giants