G Master is synonymous with optical excellence, professional build quality and overall superiority and the new 100mm f/2.8 has all of those characteristics in abundance. So what’s the story with “STF”?

STF stands for Smooth Trans Focus and it refers to an optical design that has a special “apodization” element in the lens. The apodization element is concave and has a gradual neutral tint. That apodization element acts to smooth the out of focus areas and create beautiful bokeh in both foreground and background. The difference between STF and non-STF bokeh at maximum aperture is striking. 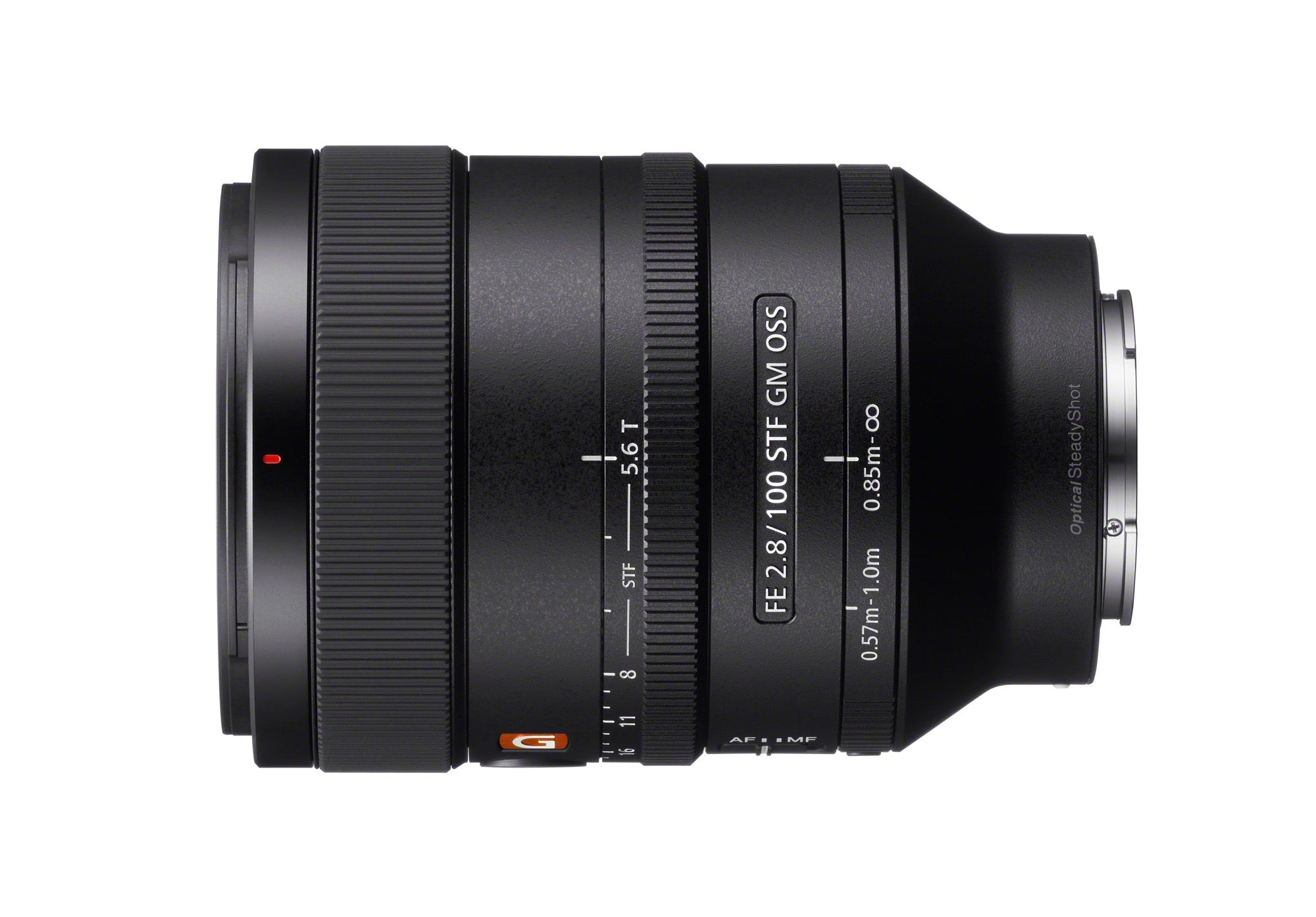 Because it’s an STF lens, there’s another unique aspect to the lens. On the lens barrel, you’ll see that the aperture ring is calibrated for both T-stops and F-stops. And the max T-stop number on the lens is T/5.6. Here’s why.

The main difference between F-stops and T-stops is that F-stops measure the diameter of the aperture relative to the focal length and T-stops measure the amount of light that actually reaches the image-plane (the sensor in a digital camera). T stands for “transmissive.” These two values should be the same if there’s nothing between the aperture and the sensor. When there are glass elements between the aperture and the sensor, the T-stop value will be slightly different from the F-stop value because of the slight loss of light as it passes through those elements. 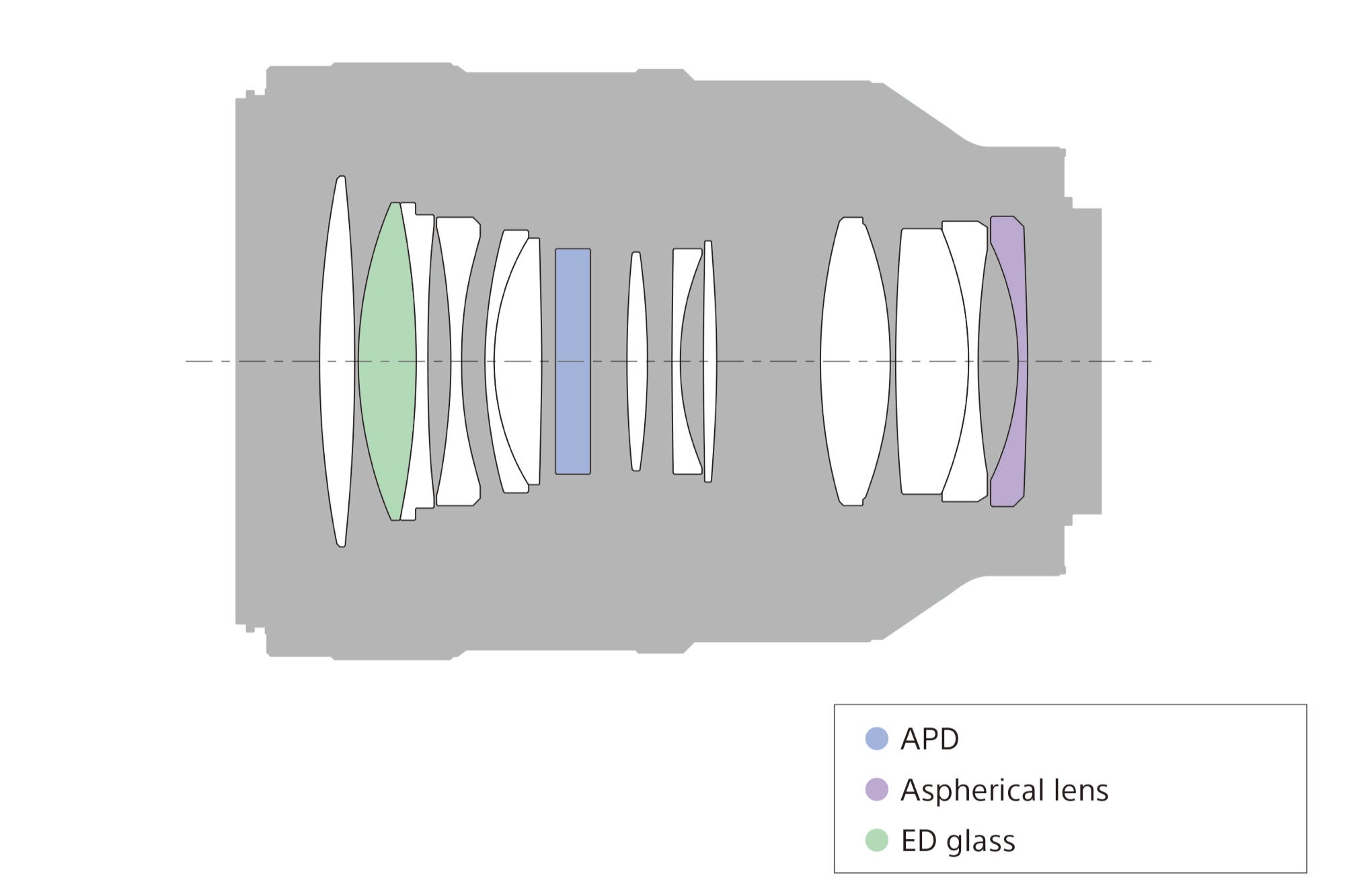 In this lens diagram of the 100mm f/2.8 STF G Master, the apodization element is shown in blue.

In the 100mm STF lens, the apodization element, which is gradually tinted (clear in the center gradually becoming light neutral gray toward the edge) and sits between the aperture and the sensor results in a maximum T-stop of T/5.6. On the lens barrel the T-stops change to F-stops at f/8. That’s because when stopped down to f/8 through f/22, the light is passing through the clear portion of the apodization element.

This isn’t the first STF lens made. Minolta had pioneered the technology and the 135mm f/2.8 that was first produced for Minolta cameras in 1999 has been superseded by the Sony 135mm STF A-mount lens (Sony acquired Konica-Minolta’s camera business in 2006). The 135mm STF has been a prized lens for high-end portrait and wedding photography since its introduction.

The new FE 100mm f/2.8 STF GM OSS improves on the 135’s capabilities. It’s the first STF for E-mount and it’s the first Sony STF lens with autofocus and Optical SteadyShot (OSS) stabilization. And it’s a G Master lens—the sharp areas in your photos will be razor-sharp and the out of focus areas will show bokeh that is quite simply, unparalleled. 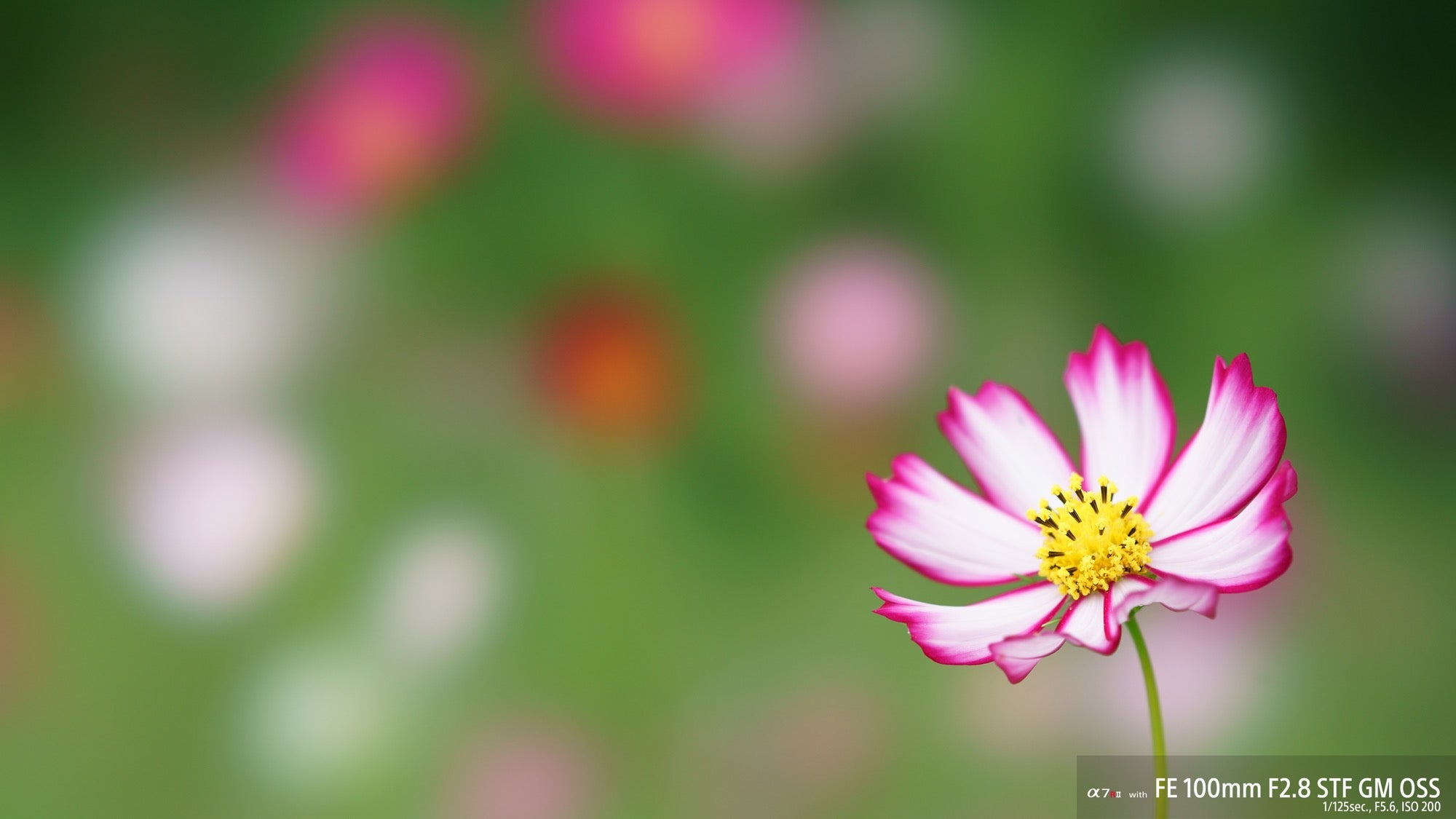