As a pro football photographer, I utilize I wide array of Sony bodies and lenses. All the gear listed below will make the trip to the stadium in my Pelican case for this weekend’s playoff game in Phoenix. To be light and mobile on the field, I’ll only carry certain gear while working on the sideline.

Sony α6000 & Sony Vario-Tessar T* E 16-70mm f/4 ZA OSS Lens: Around my neck I wear the α6000 camera paired with the Sony 16-70mm f4 lens. This combination is extremely light and I can grab it instantly should the action suddenly appear very close by (this happens often in pro football). This setup allows me to capture all my wide angle photo needs with ease.

Accessories: I also carry a monopod, a few extra batteries, a star filter, my phone to transmit images via the Sony PlayMemoriesMobile app, and of course my sideline credential!

In my case in the locker room:

With this collection of bodies and lenses I am well equipped to cover any sports event, from the kids in youth leagues to the pros. On Saturday night January the 16th, I get to put the gear to the test covering the Cardinals playoff run to the championship - wish my Cardinals luck! 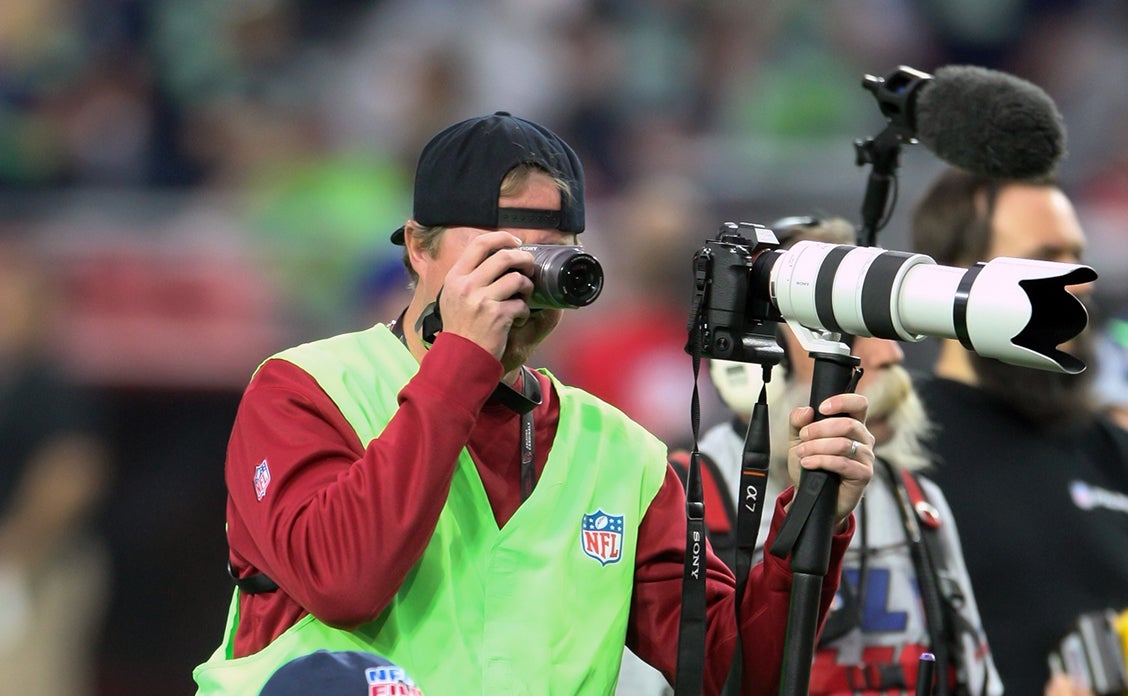 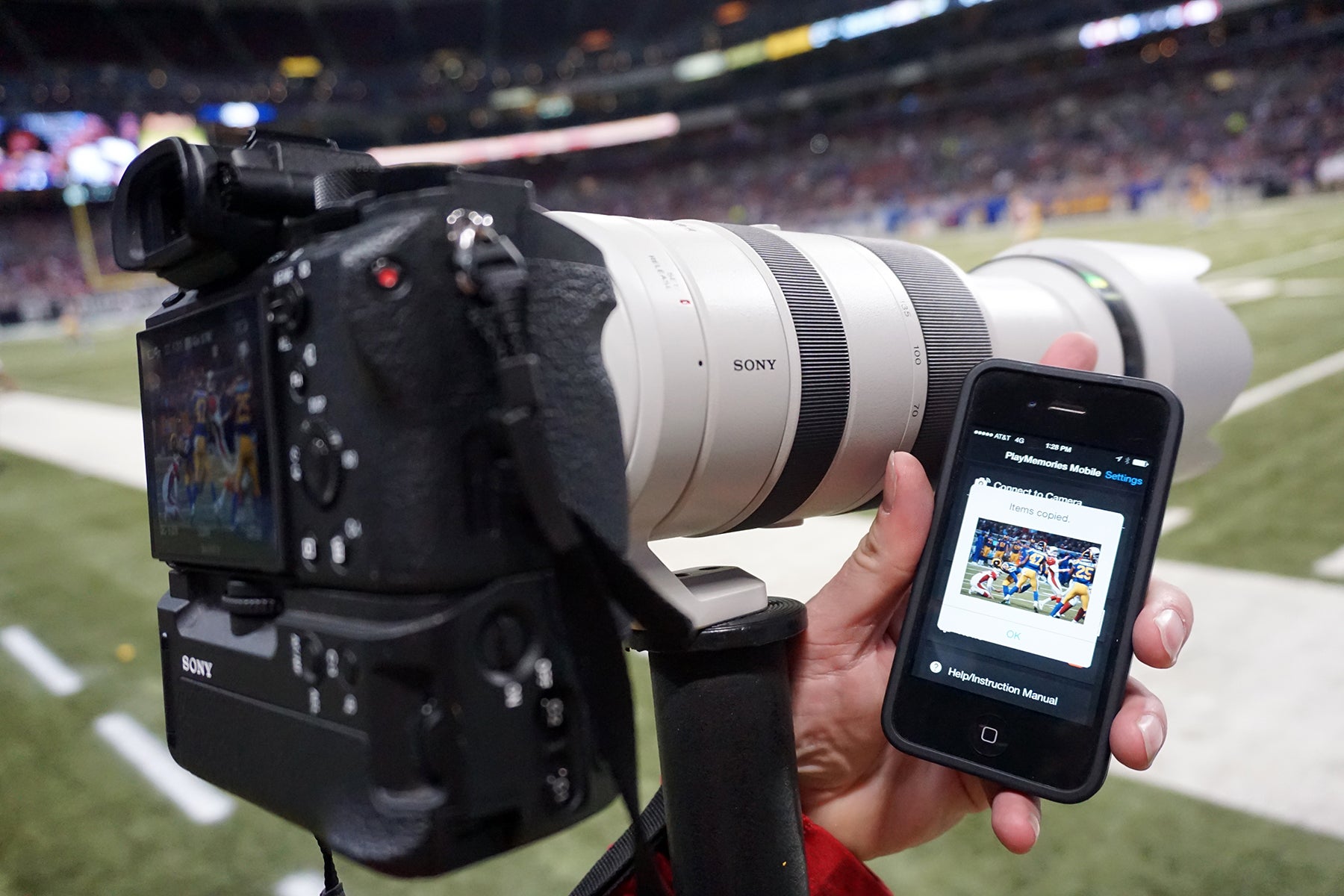