Each job demands a unique bag pack, but for this assignment to cover a band’s new album recording session, I brought an eclectic mix of gear. The size of my bag wasn’t a concern but I still went fairly simple (for me) with two digital bodies, three lenses and a vintage polaroid.

Sony α9: The α9 was an ideal camera for this shoot. Due to the necessity of being perfectly quiet during recording I needed the silent shutter feature.

Sony α7R II: I also wanted to limit the amount of lens changing, so I brought the α7R II as a second camera. Usually, the α7R II has been my workhorse for jobs like this. Its high resolution and wide dynamic range help capture a high quality image and provide flexibility for post shoot output options.

Polaroid SX-70: In addition to the digital bodies, I threw in my Polaroid SX-70 Sonar, along with some color Impossible film. I love mixing digital and analog for my clients and nothing brings a smile quicker than a Polaroid.

Sony 16-35mm f/2.8 G Master: This 16-35 is probably the most flexible lens in the bag for my style of shooting. The ability to capture a few ultra-wide shots at 16mm to establish a scene is a perfect complement to the more traditional documentary 35mm field of view on the other end of the zoom range. With its constant f/2.8 maximum aperture, the G Master allowed me to capture sharp shots inside the studio without increasing ISO to a point where I’d lose image quality.

Sony 85mm f/1.4 G Master: This is simply a spectacular lens for portraits which is something I plan to shoot during any studio session. The 85mm is insanely sharp, even wide open, and it has the rare combination of creamy bokeh with that in-focus crispness. The lens is so impressive that it finds a place in my bag for nearly any job.

Zeiss 50mm f/1.5 C-Sonnar: Considered a “character lens”, the C-Sonnar is an uncorrected manual focus optic, that while heavy on chromatic aberration, and low on center sharpness, draws a unique and beautiful image on the Sony sensor. This lens was developed for M-mount so I use it with an M to E-mount adapter. I use this lens for a more traditional reportage view as well as some environmental portraiture.

Sony HVL-F43M external flash, Sony FA-WRC1M Wireless Radio Commander and FA-WRR1 Radio Receiver: This combination is perfect for either on or off camera flash in the event I want to do modify available light on the shoot. Small and lightweight, this system replaces my traditional powered strobes for many situations.

Batteries: The usual short recording session shoot is just a couple of hours so I brought just one spare battery per body for this one. (Neither spare was needed.) As a total failsafe, I carry my GoalZero mobile power brick to charge directly to camera if needed in an emergency.

Earbuds: After years of shooting around music and musicians, I’m protective about my hearing. It can get loud during a session, so I use Here One earbuds to modify the ambient sound to my taste while simultaneously lowering decibels to protect my hearing.

Sunglasses: RayBan Sunnies for the portraits out on the ranch where the studio is located

SOG Multitool: This is one of the most useful accessories in my bag. You never know when you’ll need to help a band member pick the lock of their TSA locked equipment case.

Chad Wadsworth is a Sony Artisan of Imagery. See more about him here and follow him on Instagram @chadwadsworth_atx 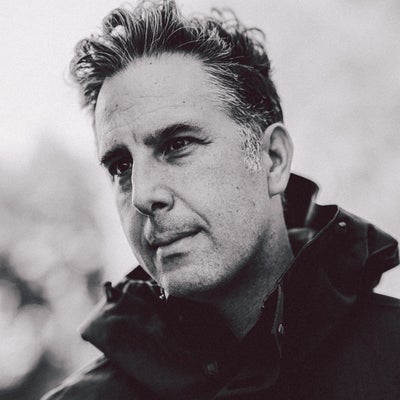 Tony Gale: What’s in My Bag When Anything Goes