Adventure filmmaker and YouTuber Jeven Dovey is always on the go with his camera, and he knows the importance of capturing clear audio for his videos. In the video below, he takes a look at the Sony ECM-G1, Sony ECM-B1M, Sony ECM-B10 microphones. "All three of these microphones have different advantages and in this video we're going to explore each one and show you the differences between them." Keep watching as Dovey takes full control of his audio with a deep dive into each.

First Dovey says there are three reasons why you would choose any of these microphones. "Number one is that they're super lightweight and they're super compact. So whether you're on a gimbal or you're out vlogging, these microphones are great to use in any situation. Now reason number two is that they work seamlessly with all your Sony cameras. So you can just pop them on the hotshoe. You don't need to use a cable, there are no batteries. Everything just connect seamlessly."

And reason number three? Dovey says it's because they're all just so easy to use. "So whether you want to shoot full auto or you want to take control and go full manual, well these microphones have different controls that's really going to help you get the best audio."

Dovey personally uses the Sony ECM-B1M microphone with his Sony Alpha 7S III and the Sony 20mm f/1.8 G. "I'm excited about these two new microphones that are even smaller that I can take with me on my adventures," he says.

First Dovey takes a close look at the Sony ECM-G1. "If you're a content creator who doesn't want to think about your audio, but you know you want clean audio, then this is the perfect option for you. If you're someone who is out there shooting vlog-style content, you. canjust pop this. ontop. of your camera, start shooting, and you don't really have to think about your audio at all."

He continues, "What makes this microphone so easy to use is that you just clip it into the hotshoe mount and you don't have to worry about any cable connection. It has a digital interface that works with Sony's newer cameras so that as soon as you plug in the microphone it's powered on and it's ready to start shooting."

"Now this microphone is very different from the G1, because the G1 is fully auto. On the Sony ECM-B10 you have complete manual control over all your audio settings, but you do have the option to go full auto as well. The ECM-B10 is very similar to the Sony ECM-B1M and so as we go through a lot of the features will be found on both."

"So this microphone is perfectly suited for content creators, but it's also going to appeal to more professional filmmaking," Dovey explains. "If you're someone that does client work, you're doing interviews or documentary-style content, well this microphone gives you more flexibility and more options to control your audio."

The only difference with the ECM-B1M is that it's a little bigger and has more capsules on top of the microphone. "What that's going to do is give you more range with your microphone so you can record at a further distance away and it's going to give you better audio quality."

See more of Jeven Dovey's videos on his YouTube Channel.

Andy Mann's 8 Tips For Creating Films That Make An Impact 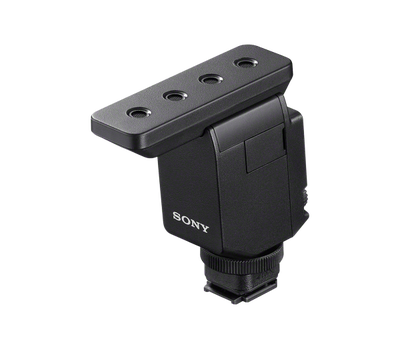 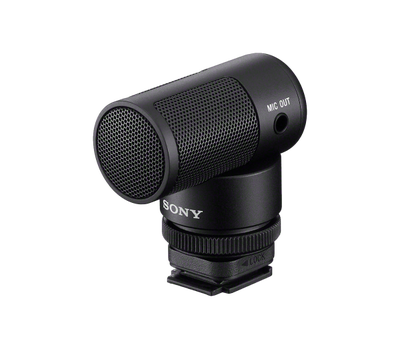 Andy Mann's 8 Tips For Creating Films That Make An Impact