Which is better for shooting portraits…a zoom lens, or a prime? In this episode of Artisan Advice, professional portrait photographer and Sony Artisan Miguel Quiles  explores this question. “Now the answer to this could really be, it depends, right?” says Quiles. “But, you don’t want to hear that as an answer. I hate it when people say it depends because I want to know specifically which is better.” Watch below as he talks about the three things for each category of lens – zooms and primes – that you may prioritize and find one better than the other.

Portrait photographer and Sony Artisan Miguel Quiles takes a look at reasons why you might want to use either zooms or primes during portrait shoots.

Quiles says the first thing when trying to figure out if a zoom lens is a fit is to ask yourself how important versatility is for what you’re shooting. “If you need versatility, then there really is only one option and that’s to go with a zoom lens. Something like this 24-70mm f/2.8 G Master II – you’ve got a bunch of different focal lengths. If you tried to go and buy a prime lens that covered all of these different focal lengths, you’re buying at least four, five, maybe six different lenses – so it’s going to cost you quite a bit more.”

The next thing Quiles mentions when looking at zoom lenses is their value. Because they cover more focal lengths, you end up covering more for less. “If you’re looking to basically get one lens that does it all, then you would be looking at something like this 24-70mm, or maybe something like a 70-200mm. Or if you want to get the best of both worlds and you want to be able to basically do anything that the world would ever throw at you, get a 24-70mm and a 70-200mm. Literally any situation that you run into, you’ve got the versatility to cover that.”

Zoom lenses also open you up to more creativity during your shoot. “Because you have so many different focal lengths to choose from,” explains Quiles, “you could choose to shoot stuff wide, you could shoot tight, the middle, all with one lens. It just allows you to be a lot more creative. It’s not one of those types of lenses where you see a certain shot and wish your lens was a little bit wider so you have to get into your bag. You don’t have to do any of that, you can actually just let your creativity run and just worry about composing your shots exactly the way you want to compose them using something like a 16-35mm, a 24-70mm, a 70-200mm – or a combination of all three – and that allows you to basically get anything that life or the world might throw at you.”

Prime lenses have a lot of advantages when it comes to portraiture, and the Sony 85mm f/1.4 G Master is one of Quiles’ favorites. “One of the biggest advantages is the fact that typically these lenses give you the best sharpness, the best image quality, less chromatic aberration. It’s just going to be overall optically a much better lens. But, the restriction is that you’re locked into that one focal length, so it kind of makes sense that you’re going to get the best of all that is to come with image quality.”

The other thing you may want to consider when trying to decide between zooms and primes is the size and weight. “If you’re looking at prime lenses, they’re typically going to be smaller and lighter than a zoom lens. Now, notwithstanding the 24-70mm f/2.8 G Master II which is a lighter and smaller lens, but even with everything they’ve done to make it smaller, the Sony 85mm f/1.4 G Master is still smaller and it’s still lighter. You’re still going to get great optical performance with this type of lens. You’re going to get a lens that’s going to be a little bit smaller, especially if you’re looking at something like the Sony 35mm f/1.4 G Master or 24mm f/1.4 G Master.”

Which RAW Option Is Best For Portrait Photography? 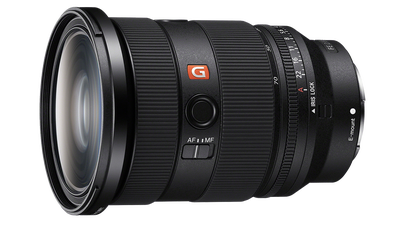 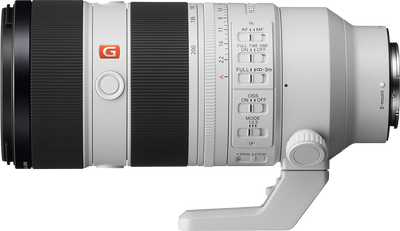 Which RAW Option Is Best For Portrait Photography?