Pierre T. Lambert (@pierretlambert) is a passionate photographer and filmmaker who travels the world looking for the stories that unfold right in front of his eyes. With his Sony Alpha setup, he photographs everything from landscapes and astroscapes to street shots and cityscapes. Always looking for ways to add more adventure to his work, he decided to try getting a photo of "Chicago-henge" while bicycling through the city. We caught up with him to learn more about his photo ride with the Sony Alpha 7R III & Sony 100-400mm f/4.5-5.6 G Master lens. See the images and what he had to say below, and please...don’t try this at home. 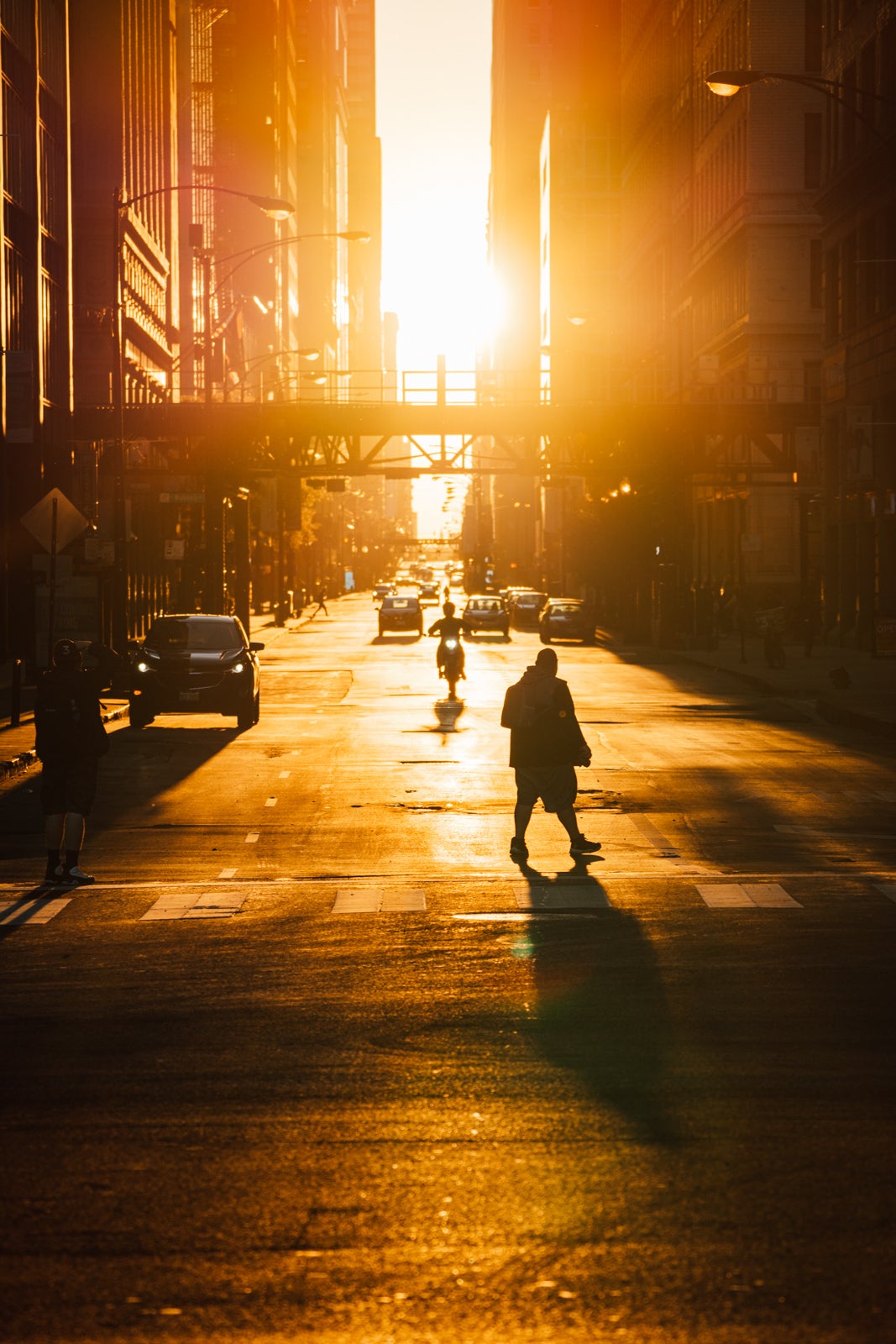 Street Photography On A Bike

“I decided to try street photography while on the bike because the city of Chicago is pretty big and I need to move from place to place quickly,” explains Lambert. “I especially need to be able to do this during 'the Henge' (a twice-a-year event when the sun aligns East-West with avenues at sunset and sunrise). Since the sun goes down very fast and I wanted to hit different spots, I thought why not just try to shoot while I'm on my bike and that way I'll be able to get more photos from different angles? It's risky, I have to admit, but I thought the reward might be worth the effort and the risk.” 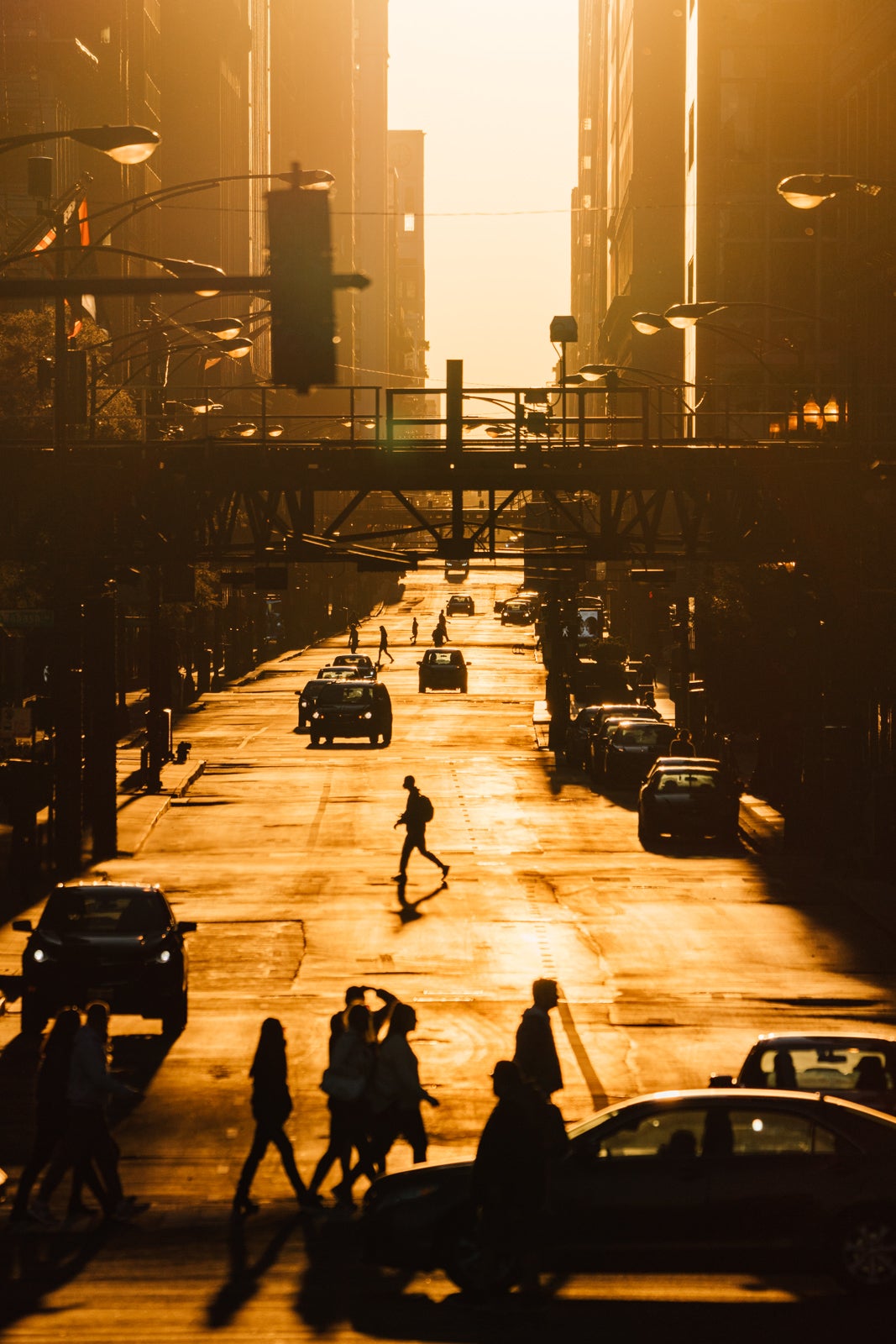 “I used the Sony Alpha 7R III with the Sony 100-400mm f/4.5-5.6 G Master lens,” says Lambert. “The Alpha 7R III is my main photography camera. I had rented the 100-400mm just for this specific event because the sun alignment with the avenues looks great when you shoot that 400mm. I always want to try things I’ve never shot before!”

Lambert wanted to make sure his beloved (and his rented!) Sony Alpha gear was secure as he rode around on the bike. “I secured my gear with the camera clip from Peak Design that was attached to the shoulder strap on my backpack,” he explains. “That setup works great, the only problem was that the lens could extend when it was attached like that so I had to make sure that the lens was locked in position where it's retracted so that it didn’t hit my legs when pedaling. That's the most important – if I were to use a camera strap, the camera would probably swing around and that would be more dangerous than helpful.”

Maybe Don’t Try This At Home?

While this was a fun exercise for Lambert, he definitely doesn’t think it’s something everyone should get out there and do. “Honestly it was very fun for me,” he says. “But…would I recommend it? Absolutely not unless you're an expert biker through a city, you know exactly what you're doing, you can bike without any hands and you're able to control your bike very, very well. This is important because any mistake, any pothole that you hit with the bike can cost you a few thousand dollars. So you really want to make sure that it's going to be worth it!” 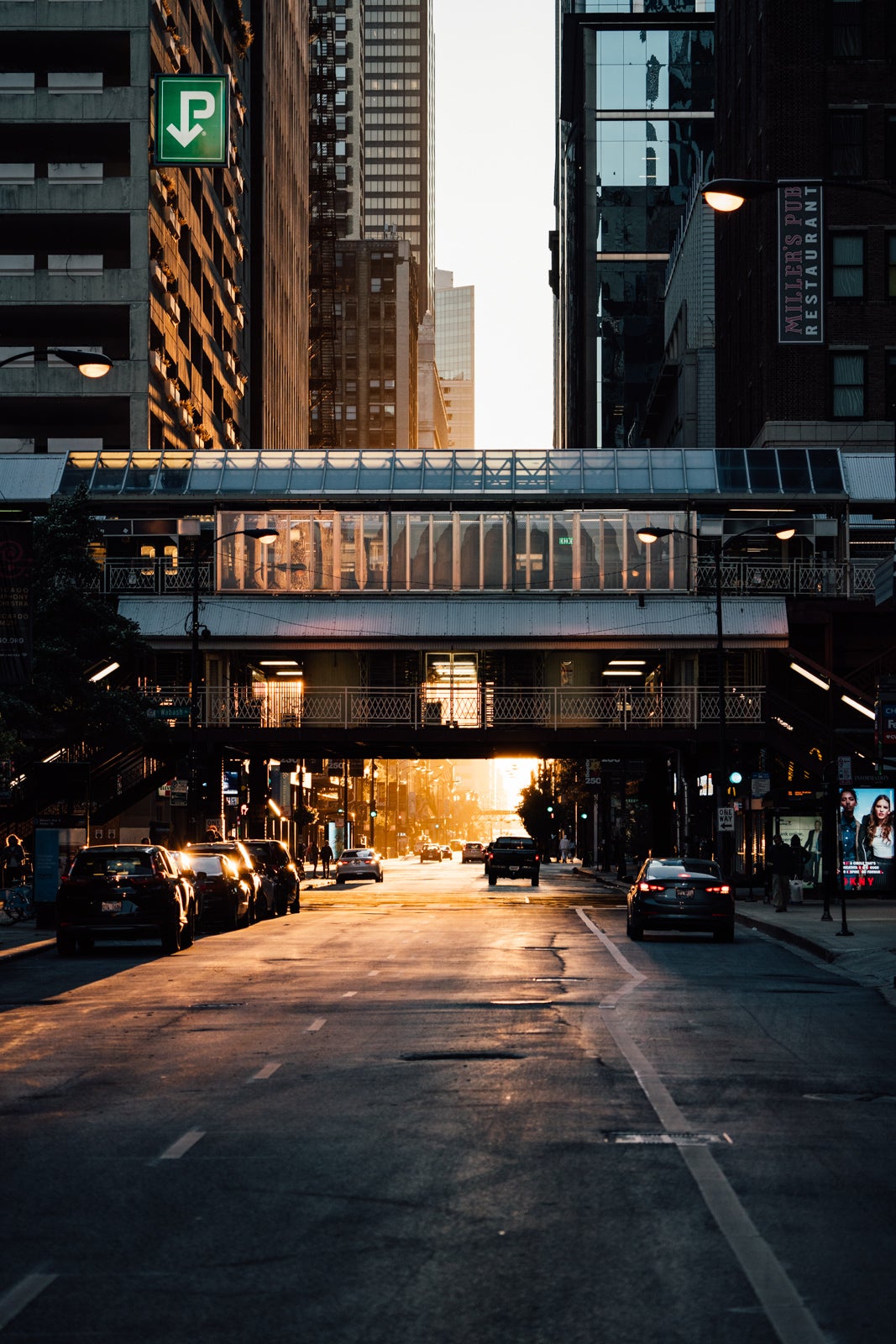 “If you really want to try, I would say start slow and with expendable gear. Honestly it can be super fun taking photos this way. Instead of walking around and having a ‘photo walk,’ go for a ‘photo ride.’ That's what I do with a bunch of friends around the city, we grab our cameras and bikes and we just hit different spots. We're able to move quickly and that allows us to catch the sunset in different spots.”