Benjamin Von Wong is a social-impact and multi-disciplinary artist who designs interactive works of art that bring attention to the important matters of the planet. Over the years, the artist and activist has specifically looked for ways to make the boring problem of plastic pollution more interesting. He’s had several campaigns in the past, including an art installation made of 168,000 plastic straws, and one made of 10,000 plastic bottles. Now with his latest campaign, he has created a piece displaying a giant plastic tap leaking three stories of trash, and he’s inviting you to join and to help #TurnOffThePlasticTap (and you could win a Sony ZV-1 and more by taking part in Von Wong's #TurnOffThePlasticTap challenge). 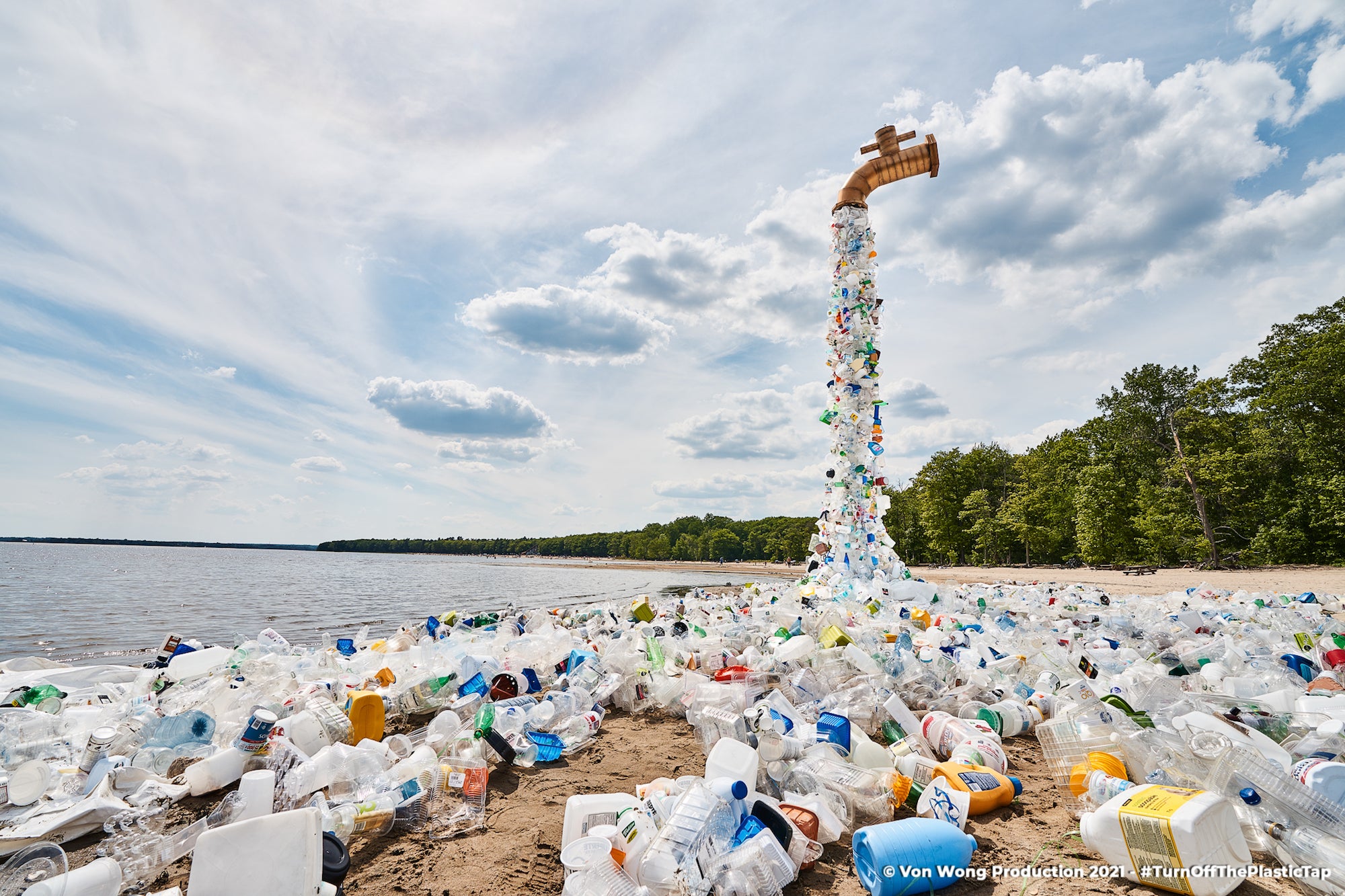 For other creatives who would like to participate, you can join in by creating a remix of the giant plastic tap from now until November 4, and you’ll be automatically entered into a $10,000 prize pool. Get the complete instructions for creating a remix HERE, see some remix examples below and check #TurnOffThePlasticTap on Instagram for more inspiration. There are also many other ways you can take action to #TurnOffThePlasticTap, and you can learn all about the different ways to enter here. 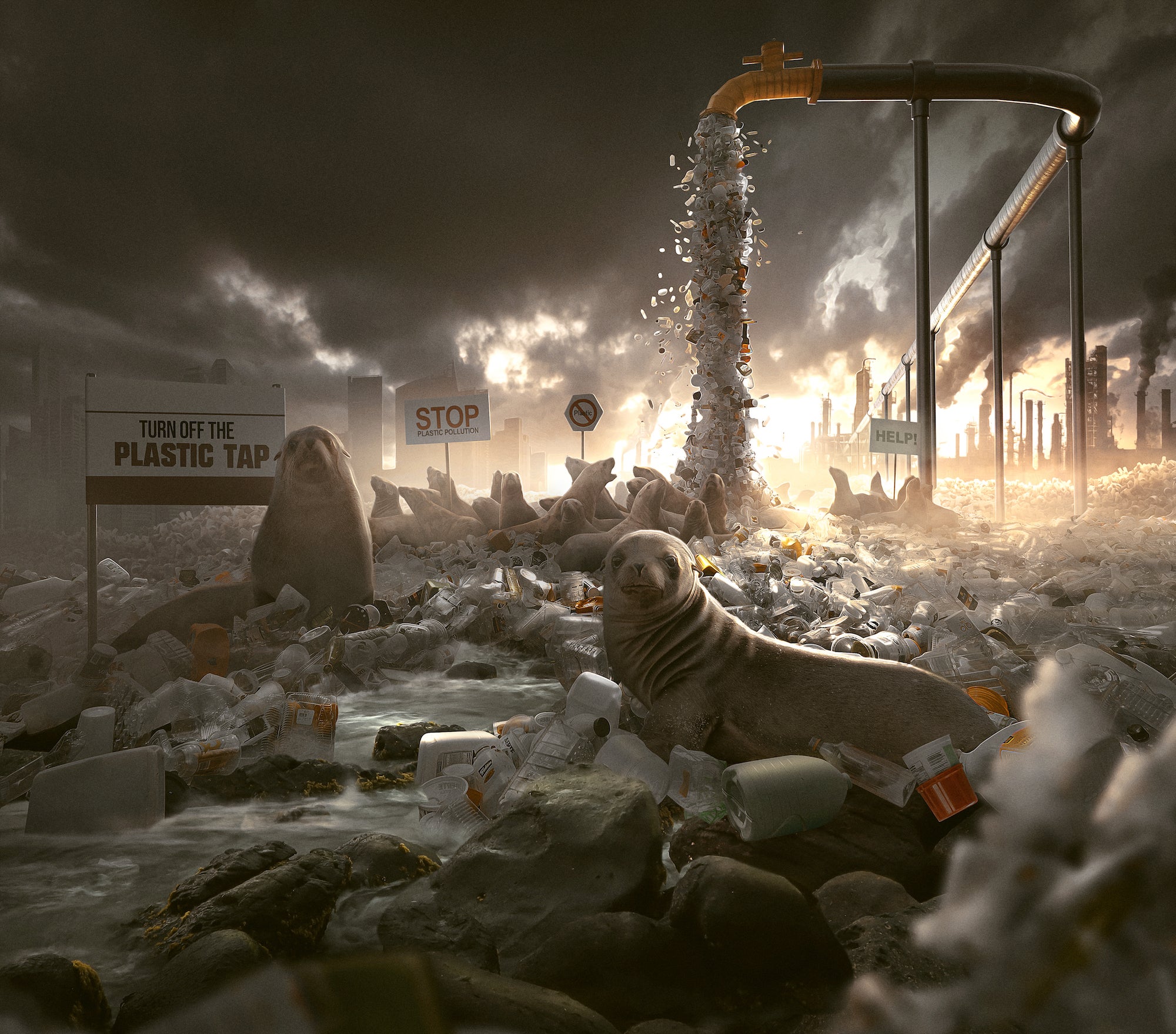 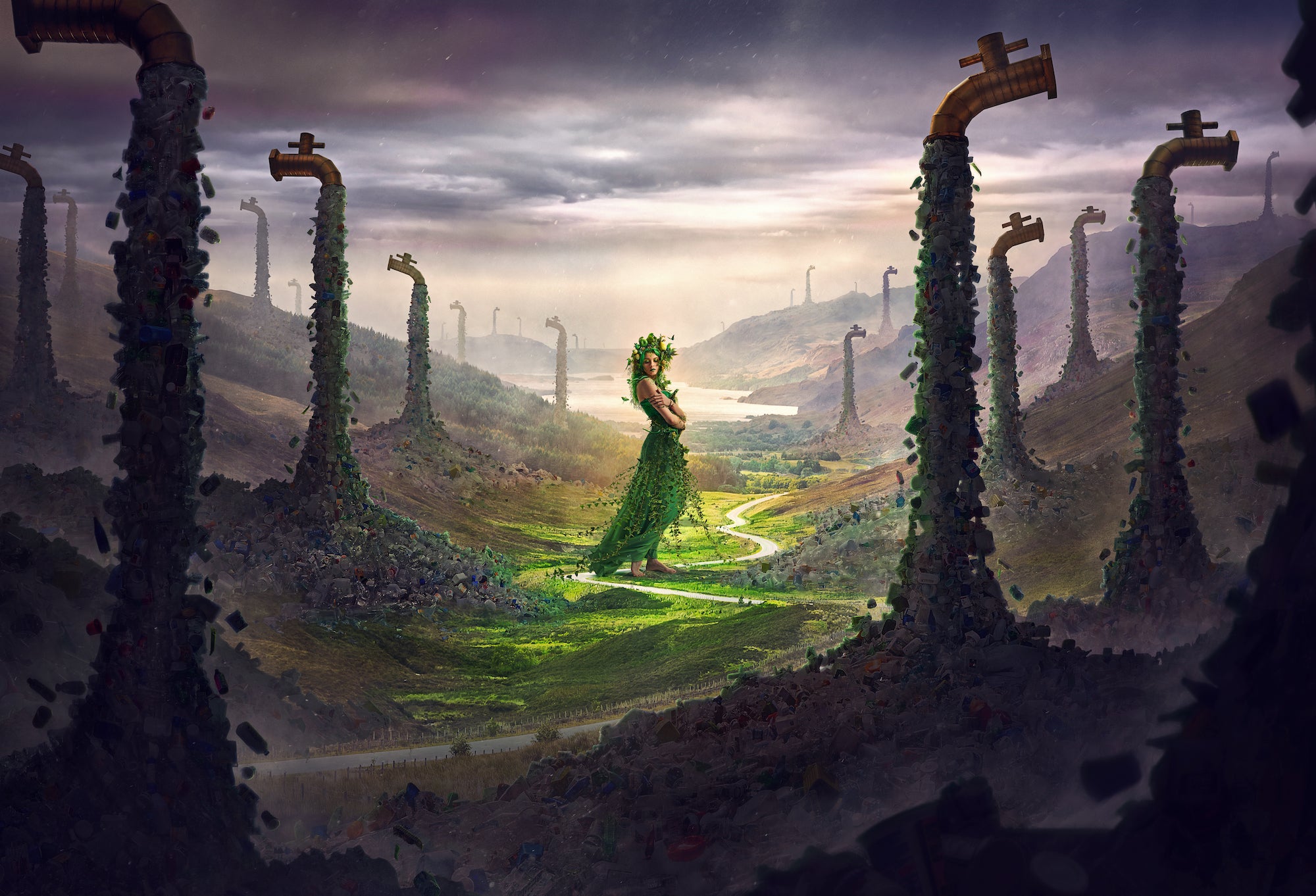 Using Art To Address A Problem

Von Wong’s installation comes together as single-use plastic consumption has risen by 250-300% during the pandemic. “And with the United Nations Environmental Assembly coming together in February 2022 to discuss a global plastic treaty, we need to put pressure on world leaders to get the situation under control,” he writes in his latest blog post on the campaign. 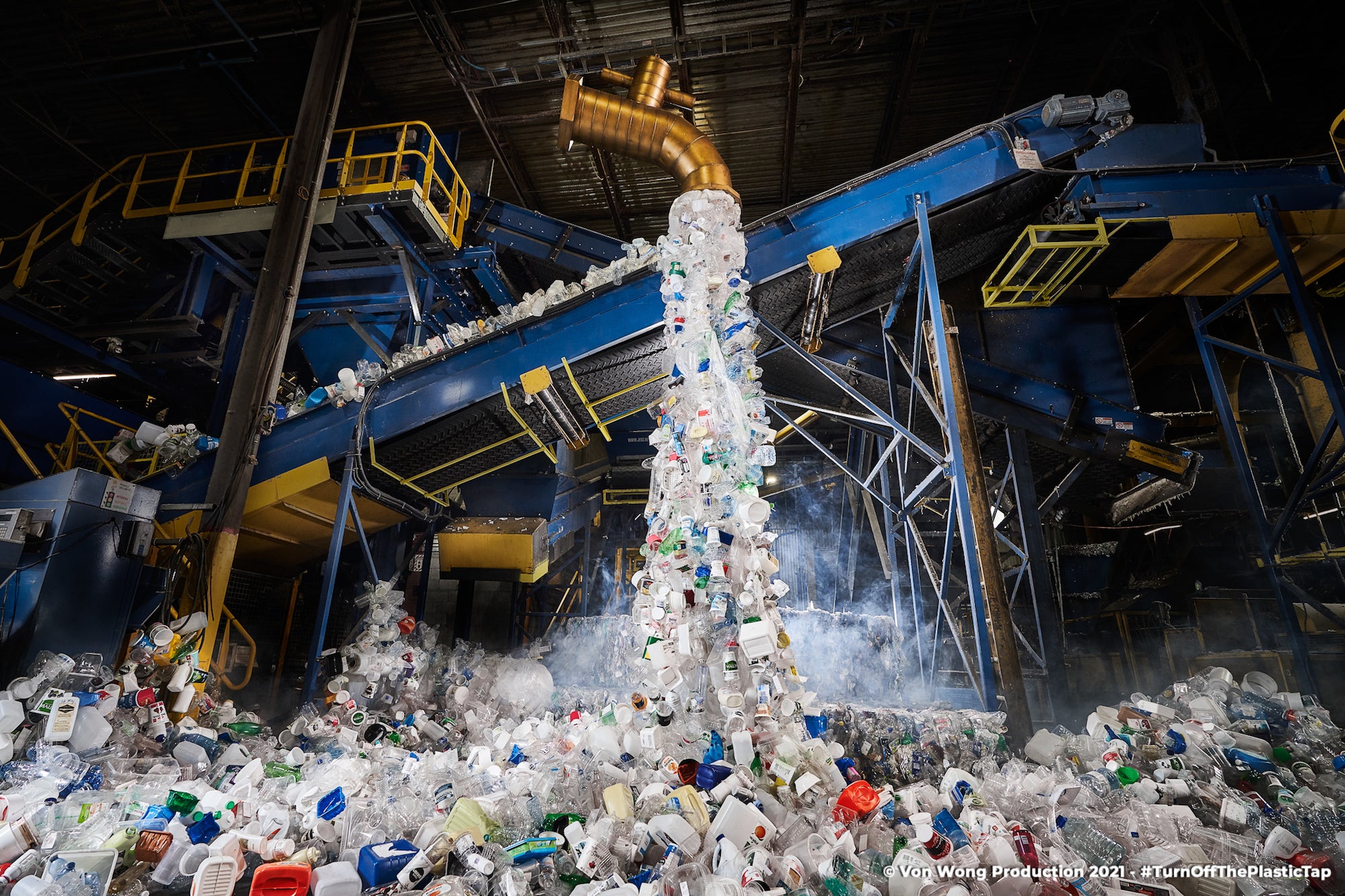 The plastics for the giant faucet were held together with rope made from plastic bottles. Each piece was sorted, poked and threaded together with the rope. Von Wong and many volunteers set up the installation so that it could be easily torn down and set up within a single day so they could photograph it in multiple locations. Using smoke and mirrors, they added a sense of magic to each location to capture compelling images of the installation with the Sony Alpha 7R IV and Sony 16-35mm f/2.8 G Master.

See how the entire project came together in this video: