Underwater cave exploration is one of the most intense endeavors for any diver. For explorer, documentary photographer and co-founder of SeaLegacy Paul Nicklen, his push into this cave system in the Bahamas involved swimming hundreds of yards underwater and pushing scuba tanks through openings barely larger than his body. The goal was to reach a place known to divers as 'The Glass Factory.' The stunning cave, filled with stalactites, is in an area where the Earth is expanding and the cave was once above the surface of the water. Now it's a pristinely-preserved space accessible only by a very few with the skills and training to get there. Summing it up, Nicklen says, "It's one of the most epic moments of my diving career."

Underwater photographer, filmmaker and explorer Paul Nicklen takes us behind the scenes of one of the most epic images and experiences of his underwater career.

Nicklen, who is also a Sony Artisan of Imagery, describes the experience of making the photograph, shot with the Sony Alpha 7R IV and Sony 28mm f/2 lens, in this video: 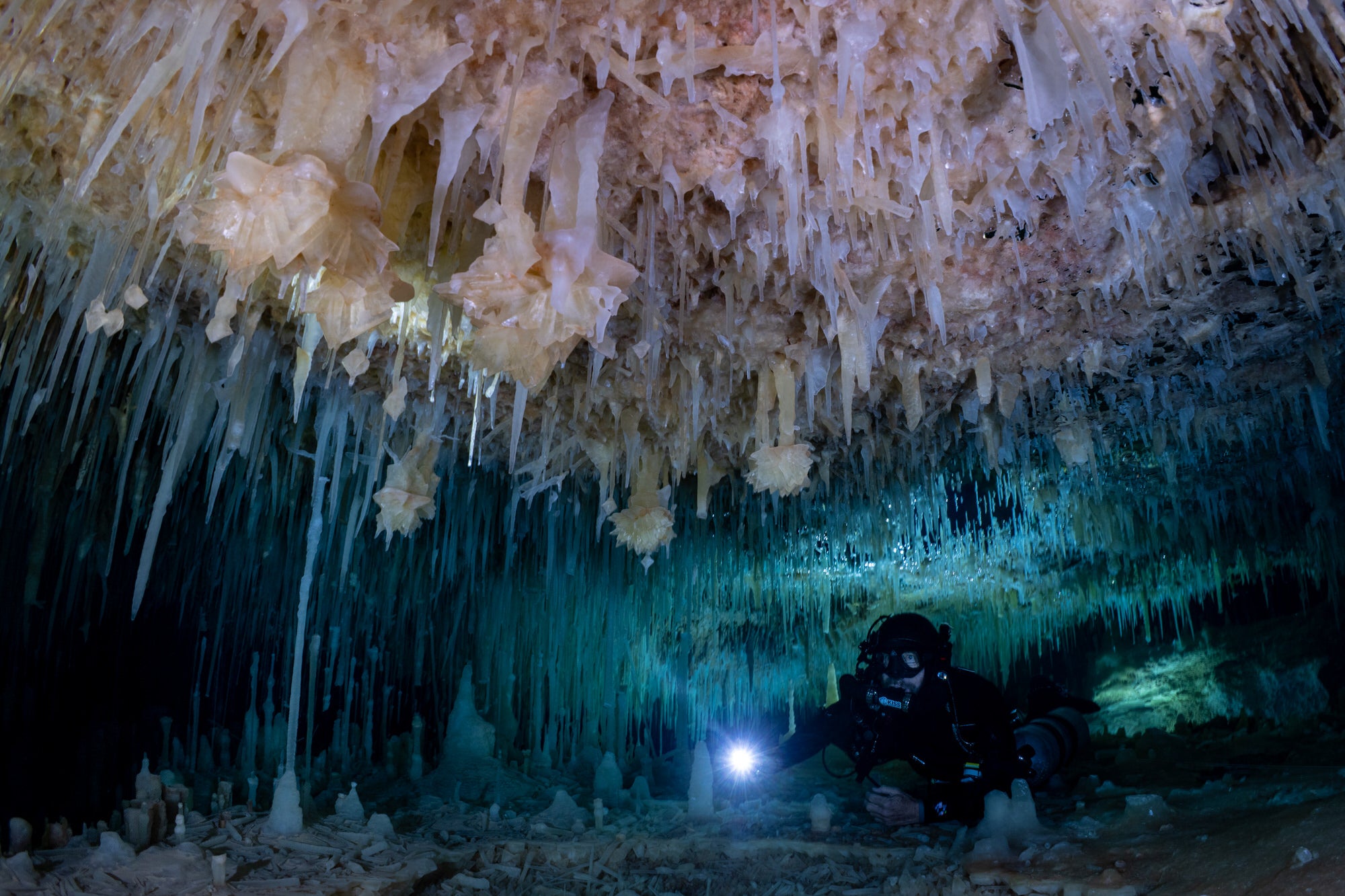 Stay tuned to AlphaUniverse.com and the Alpha Universe YouTube Channel for more from the SeaLegacy crew. In case you've missed any of the previous episodes of SeaLegacy | The Voyage, you can watch them below.

See SeaLegacy | The Voyage Episode 2, Into The Pod: