My name is Joel Brown (@joelcbrown) and throughout my life I have enjoyed the outdoors, including hiking, backpacking, biking and more. In the last decade I have found a passion in photography and over the past few years a particular interest in wildlife photography. I was lucky enough to capture this photo of a well-known grizzly named “399” and her cubs. Here’s the story behind the shot. 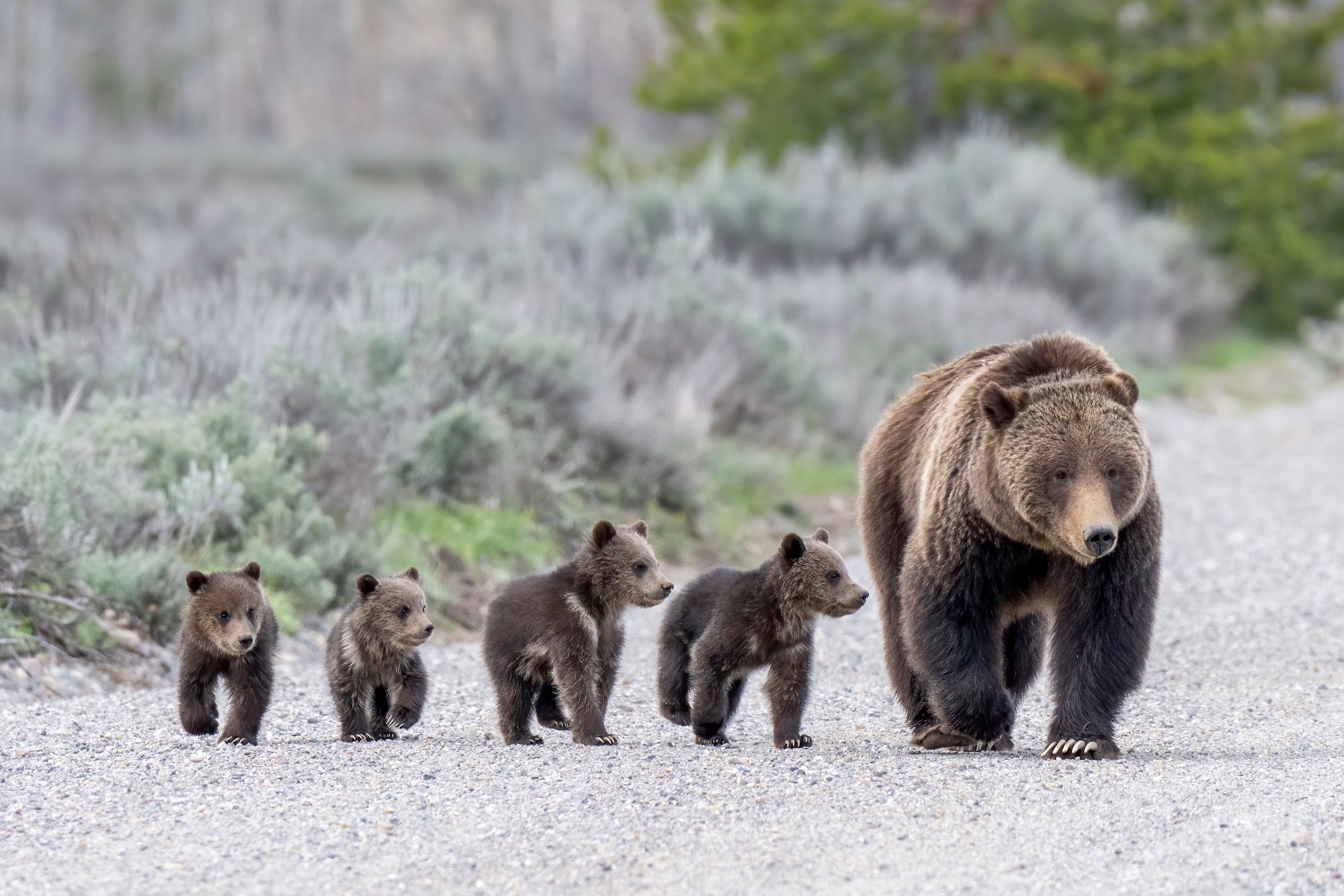 This was really a special moment. Grizzly 399 is probably the most famous grizzly in the world. She frequents the greater Yellowstone Ecosystem and is beloved by many. She is 24 years old and in the spring of 2020 there was speculation she would come out of hibernation with cubs. Due to COVID, most of the National Parks were closed and no one had seen her. I was fortunate to have an opportunity to be in the Yellowstone NP on the day it opened and with much excitement, 399 showed up with FOUR cubs! A few days later, she made her way across a large field towards a gravel road. I quickly moved in that direction to see if I could get a clean shot of her and the cubs walking down the road. Amazingly it worked out and was able to see her and the cubs and to get the shot. 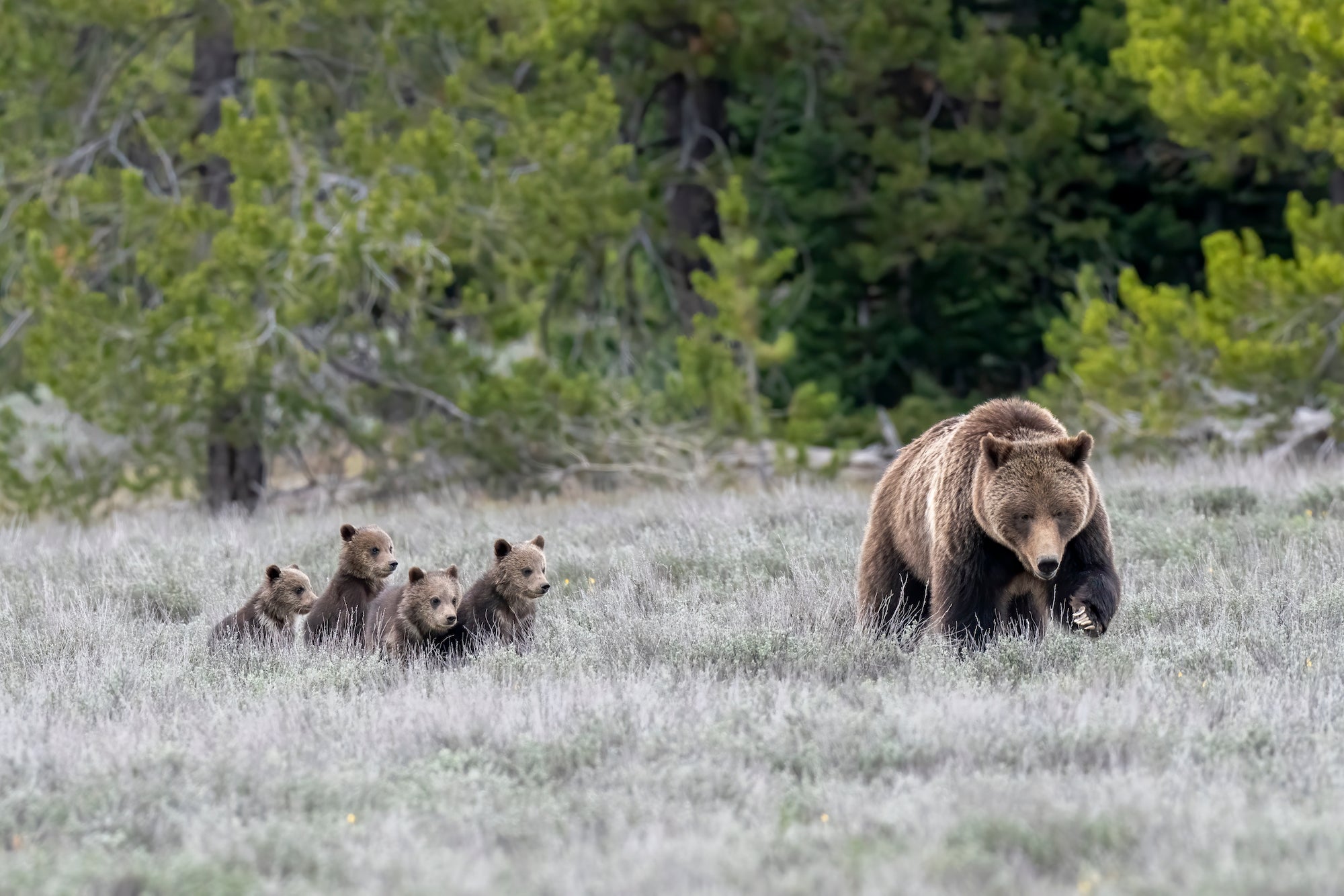 I typically use my Sony 600mm f/4 G Master lens when photographing bears. I often pair it with the 1.4x teleconverter, as I did earlier in the day. However for this shot, I wanted to make sure I could get all four cubs in the frame in case they spread out, so I removed the teleconverter. I was using the Sony α7R IV to get the maximum detail and resolution and to give myself the ability to crop as needed. The sharpness of the lens, combined with the resolution of the camera, delivered and gave me an image to be proud of.

I took the shot stopped down to f/7.1 in order to give sufficient depth of field, to make sure both 399 and all of her cubs were in focus. I used a shutter speed of 1/640-sec. to eliminate any motion blur while also maintaining a reasonable ISO (ISO 1250). While I typically shoot the 600mm handheld, on this day I was shooting from a tripod and a Wimberly head for stability at longer distances.

For wildlife photography, I prefer a minimalistic style of editing. I used Adobe Lightroom to make some very basic adjustments to exposure, highlights, shadows, whites and blacks. I also use Topaz Denoise at higher ISO levels. Denoise does a fantastic job of removing noise without impacting the sharpness of the primary subject(s).