Photographer Marko Dimitrijevic lives for the challenges that wildlife photography presents. The notion of the decisive moment has become something of a cliche, but for wildlife photographers, like Dimitrijevic it’s very much a real thing. Capturing the instant of animal behavior when everything comes together in a single frame and conveying what it feels like to the viewer isn’t a matter of just clicking a button on a camera. It takes planning, patience, perseverance and gear that can keep up. Keeping up isn’t just a matter of shooting speed, although that’s certainly critical. The entire system, from autofocus speed and accuracy to battery life to lens sharpness and the ability to function in an extreme environment all come into play. Recently, Dimitrijevic had an opportunity to go on a week-long expedition to photograph grizzly bears in the extreme cold. He shot primarily with a a pair of Sony Alpha cameras and a concentrated collection of telephoto zoom and prime lenses.

“Each day I was shooting 4.5 to 6 hours in -30 Celsius weather (-20F) . I was on the electronic shutter and was able to take 1,600 pictures and still have battery left. I thought this was tremendous.”

“I was on a trip photographing polar bears, when I learned about a place where you can see grizzly bears in the winter,” says Marko. “The air temperature there is below freezing, yet the water doesn’t freeze because the groundwater at the bottom of the river prevents it. Because of this, the salmon keep returning and so the grizzlies stay around to fish.” 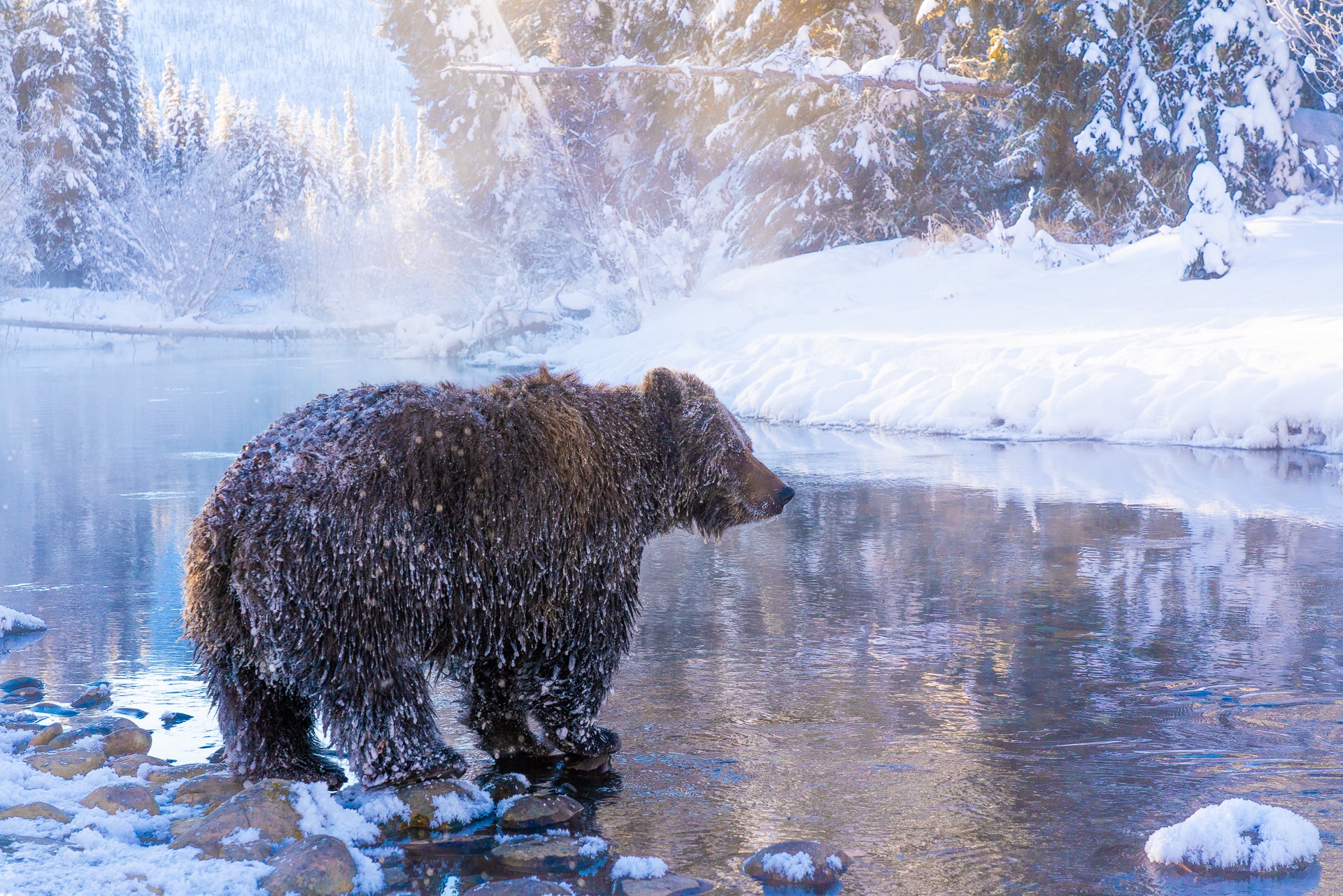 The place where he went is called Bear Cave Mountain, and reaching it involved flying into Whitehorse, the capital of Canada’s Yukon territory, then taking a small plane to Dawson City and finishing it with a two-hour helicopter ride to the camp. The rigors of the travel were well worth it all, in his opinion, to capture such intimate images of these fascinating animals.

“The bitter cold water immediately freezes on the bears fur after they get wet,” Marko says, “creating patterns of light icicles that stand out on their dark coat. I thought it would be very cool to observe that. It’s also very different observing in the winter than in the summer. In the cold, there are no insects buzzing around, no birds chirping. So it’s a very zen experience, unfortunately, it’s also the bitter cold part of course.”

In these arctic conditions, choosing the appropriate gear to handle the extreme cold and still capture quick, large and potentially dangerous subjects is everything. Bears can be unpredictable in their behavior, so in his planning, Dimitrijevic chose gear that he felt would give him the greatest chances of success in a variety of shooting situations. He also had to pack relatively lightly because of the limits of the small planes and helicopters. For camera bodies, Dimitrijevic opted to bring a Sony α9, and a pair of Sony α7R III’s. For lenses he chose a Sony 24-105mm f/4 G lens, Sony 100-400mm f/4.5-5.6 G Master lens and a Sony 400mm f/2.8 G Master lens with extenders.

“All of the gear performed really, really well. I was very pleased. There was no issue with the camera bodies. The batteries lasted the many hours that I was out in the extreme cold. Each day I was shooting 4.5 to 6 hours in -30 Celsius weather (-20F) . I was on the electronic shutter and was able to take 1,600 pictures and still have battery left. I thought this was tremendous,” says Dimitrijevic. 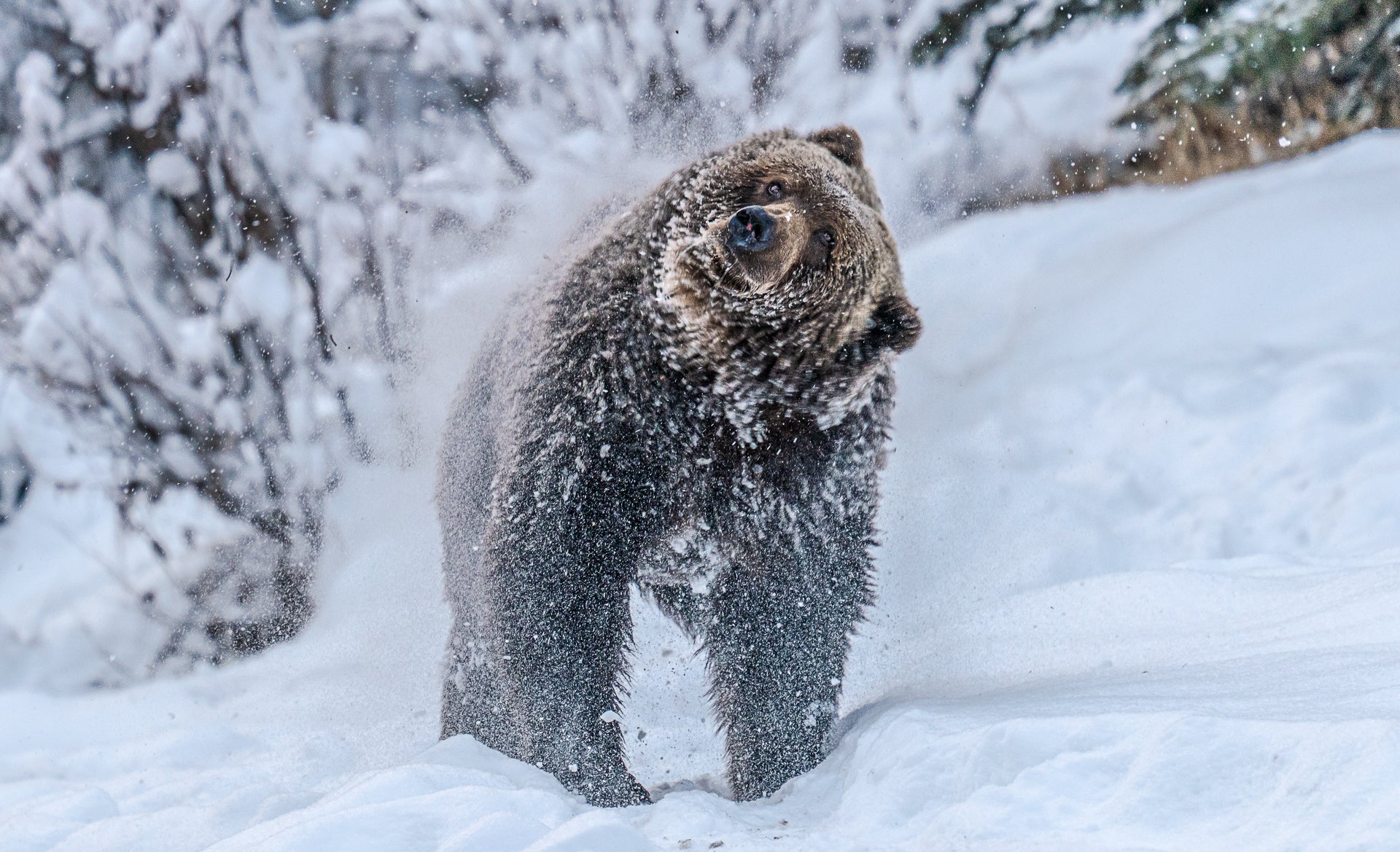 The Sony α7R III was Dimitrijevic’s first full frame mirrorless camera after he made the switch over from Canon DSLRs. The ability to see the exposure of the photo in real life as it’s happening is important to him when photographing in difficult conditions such as this one.

“I brought my α7R III along because the definition is just fabulous. Often with wildlife you are quite far away, and so the ability to crop an image by a third and still have a high enough resolution is beautiful,” says Marko. “I also brought the α9 for its extreme shooting speed and to have something different from my α7R III’s.”

For lenses, the core of Dimitrijevic’s kit was the Sony 400mm f/2.8 G Master. “I brought the 400mm to capture something with amazing detail and quality, and then used the 1.4 extender. I found the quality to be great.” Attached to his α9, the 400mm was designed for situations like this where reach, speed and sharpness are all critical. As Dimitrijevic describes it, “You see every single little hair on those bears' faces!” 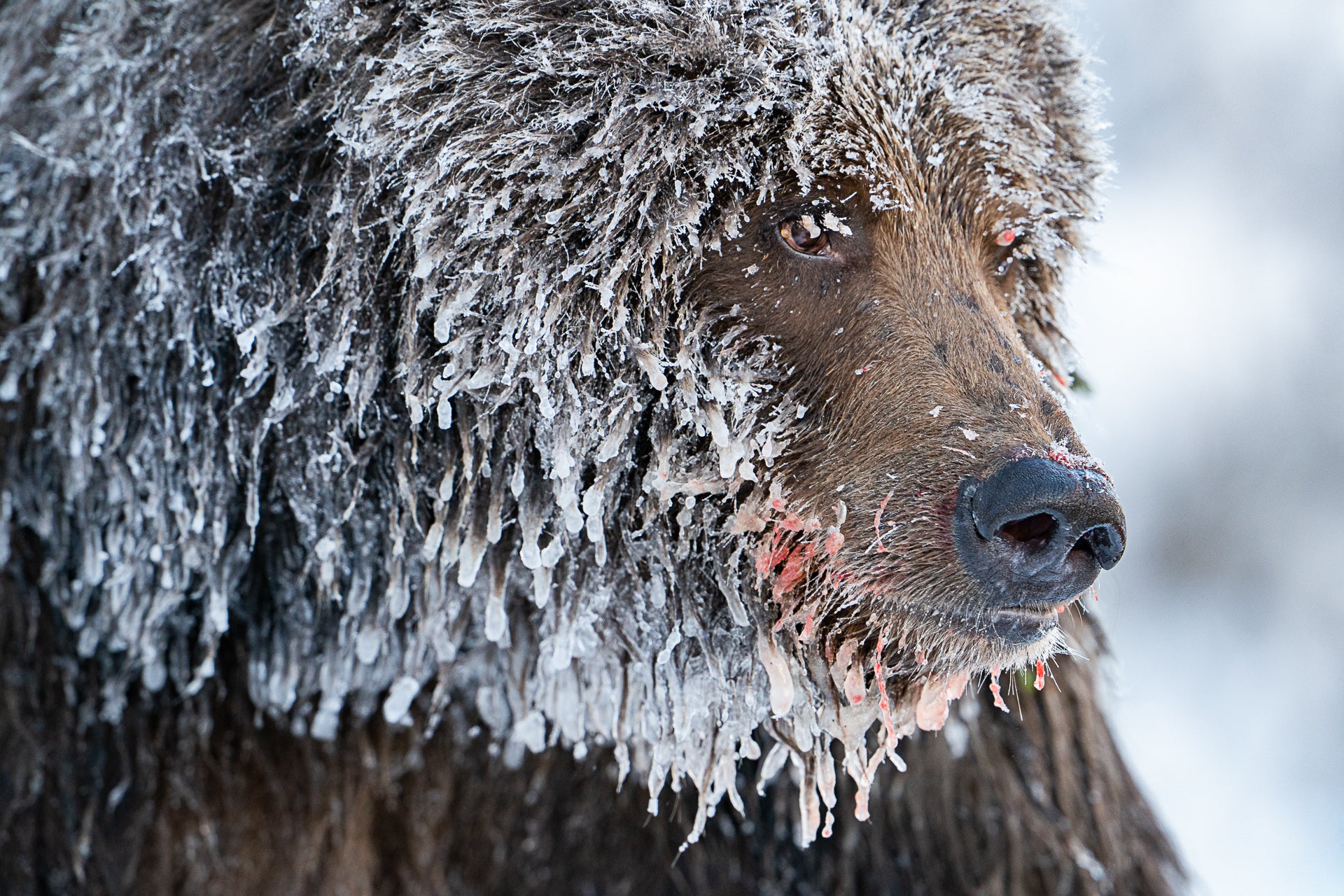 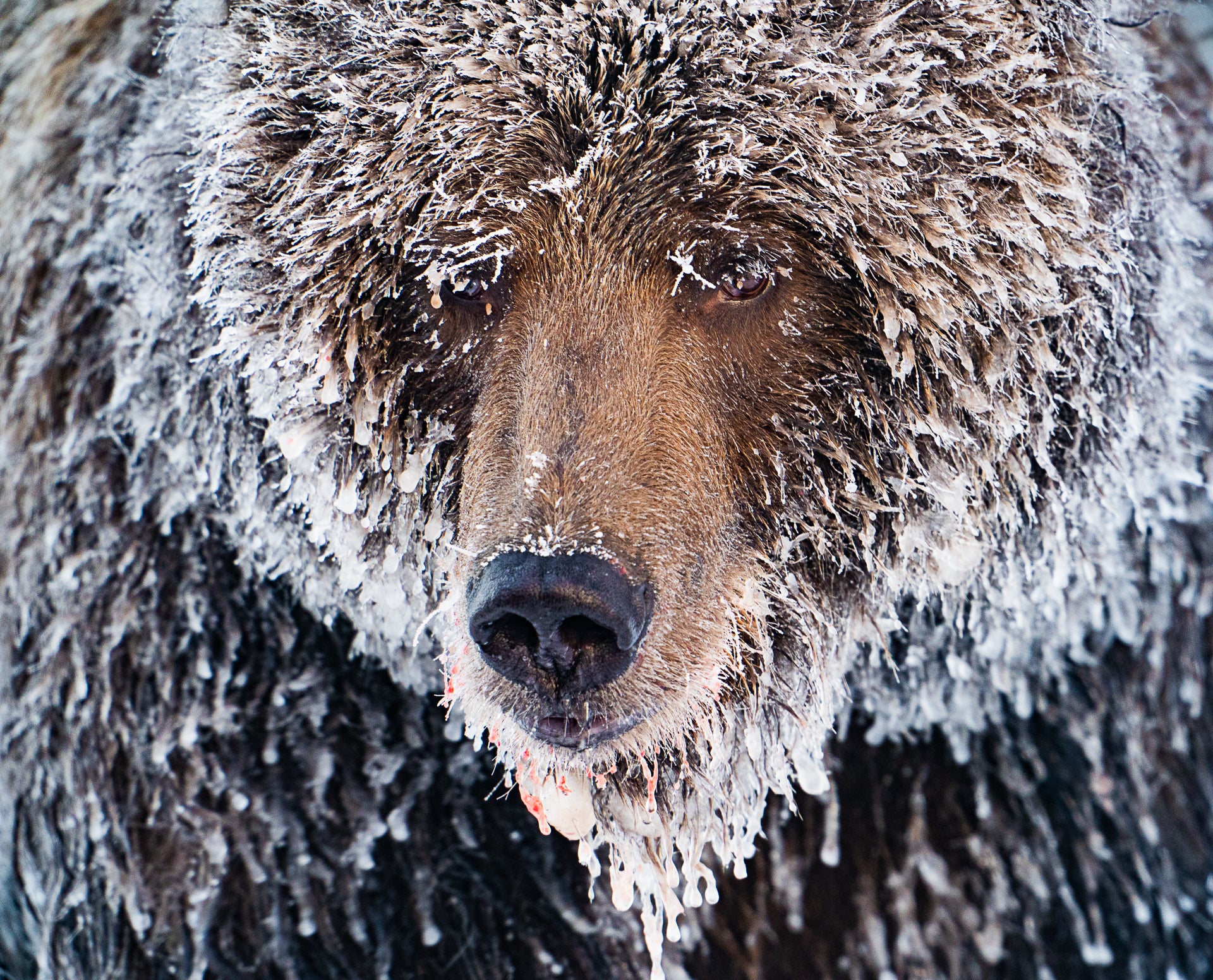 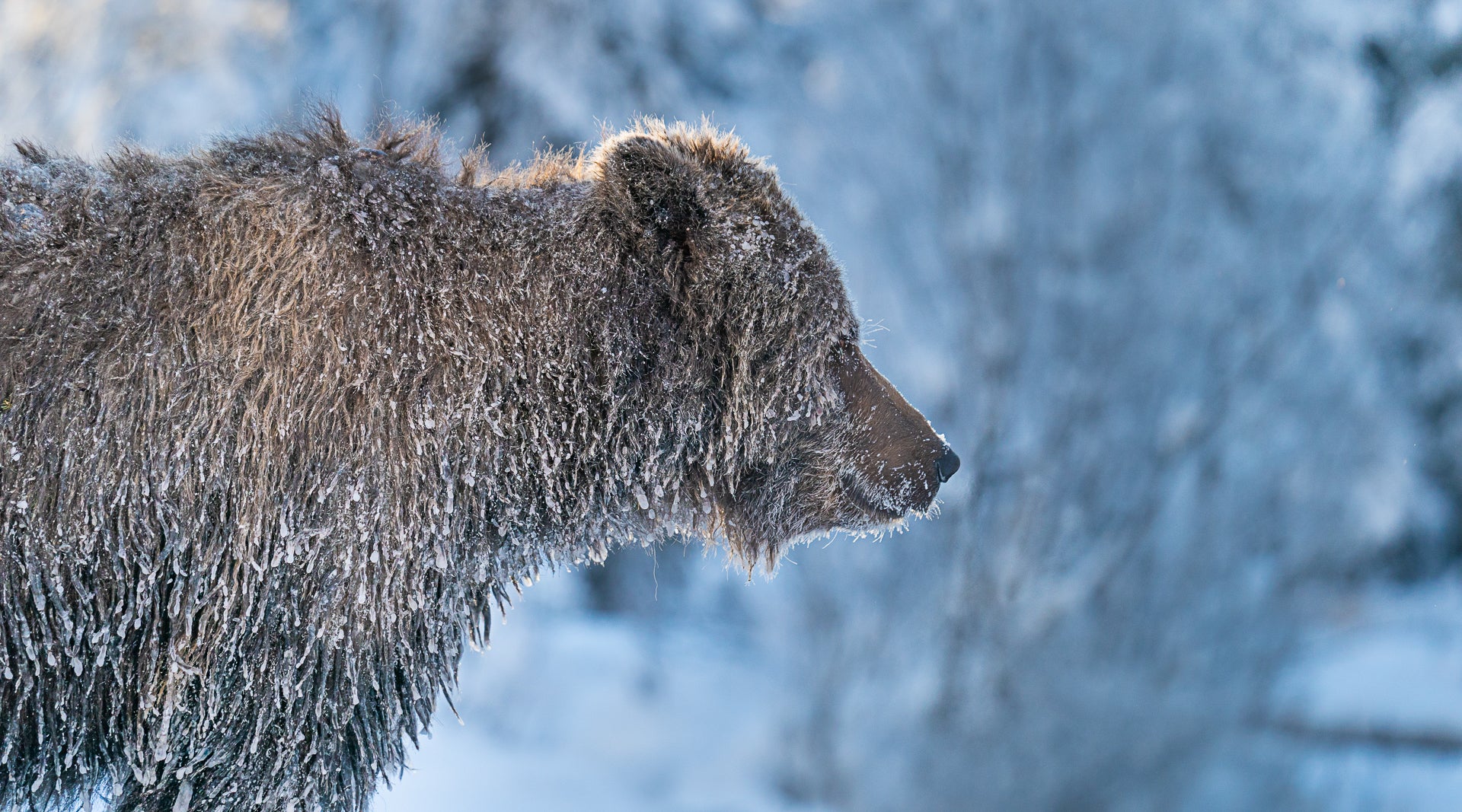 He continues, “I brought my Sony 100-400mm f/4.5-5.6 G Master lens because it’s great for wildlife. It’s easy to maneuver and I often use it with the monopod, although it’s really easy to handle even without. If I’m going to be spending 15-20 minutes looking at the same thing, I find the monopod very, very useful.” 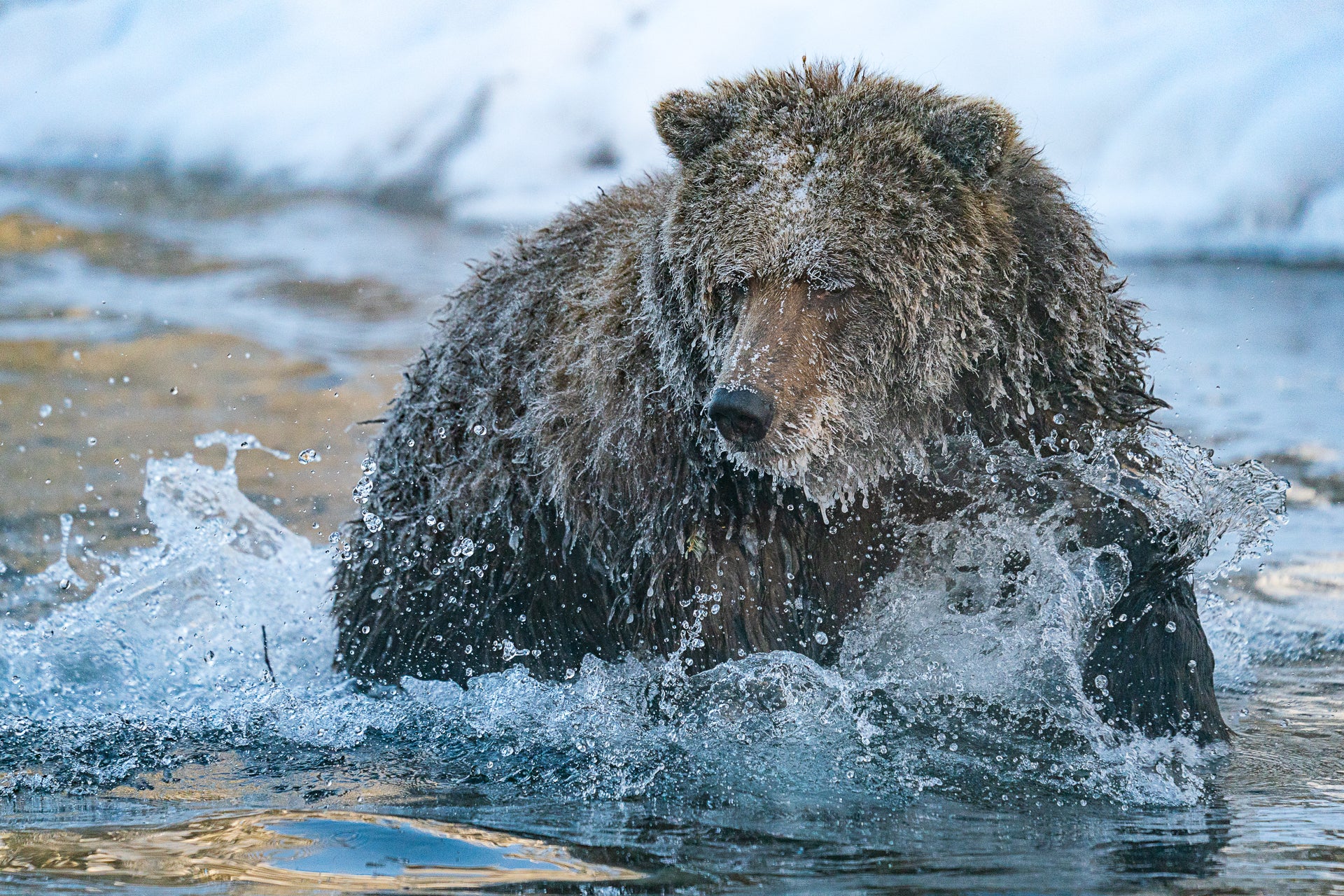 Long telephotos are often the mainstay of a kit for an expedition like this, but there’s more to capturing animal behavior that just seeing it at 400mm. “The Sony 24-105mm f/4 G lens is great to document the surroundings,” Dimitrijevic explains. “I use it to take pictures of things like inside the cabins or the helicopter. It’s also wide enough that I can use it for landscape, which is why I brought it. At some point the bears came close to us and I was able to capture them in their surroundings.” 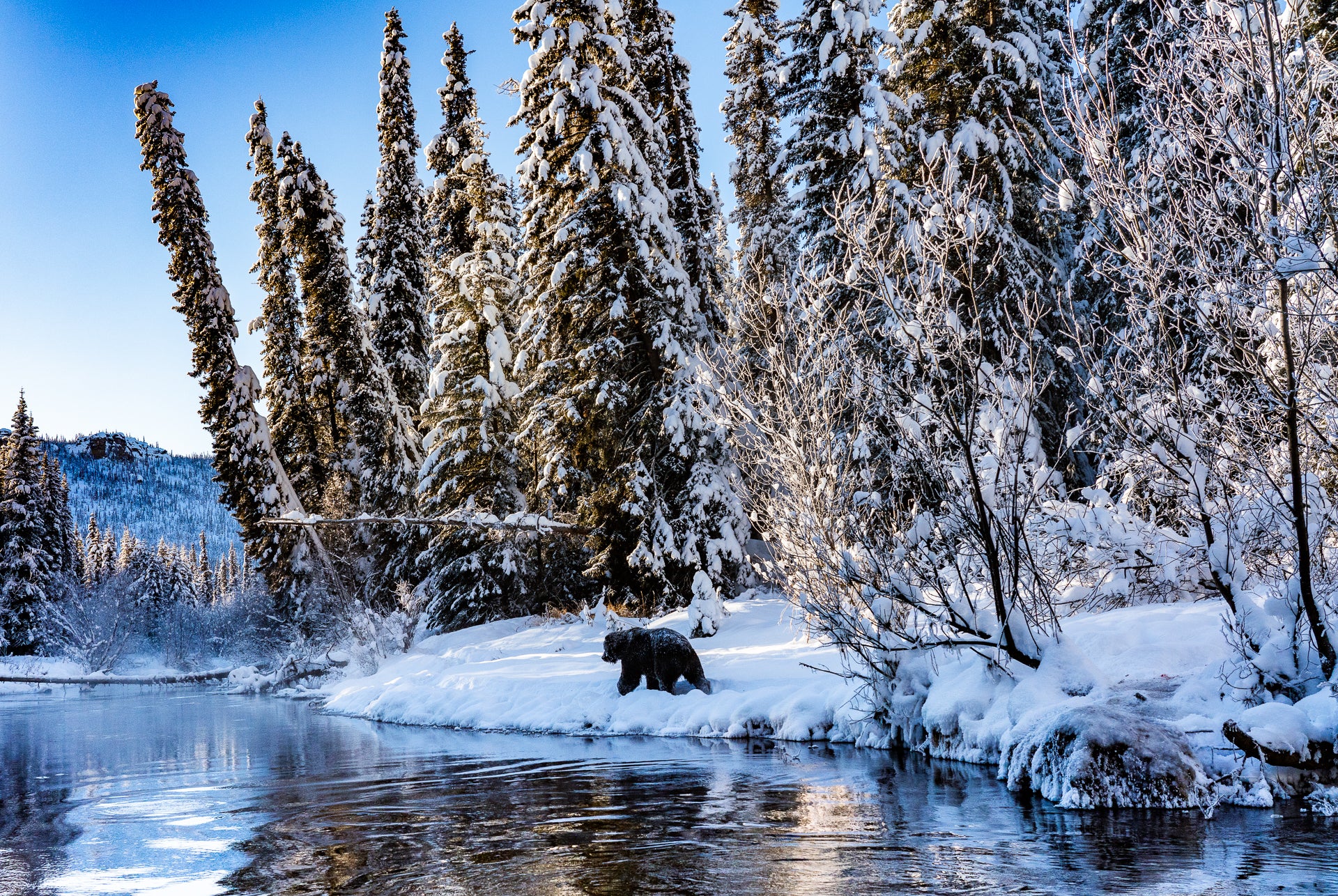 The details that Dimitrijevic captured evoke emotion and create a rare, up-close look at these powerful animals. “I feel that there is a personality behind each one of these animals, and that's clearly something I'm trying to convey in my images. The way that they look, the way that they observe, the way that they stop and pause and then resume walking is, for me, indicative of mental process going through their brain. You can see an intelligence in them, and it’s just amazing the variety of behaviors you’ll see in bears.” 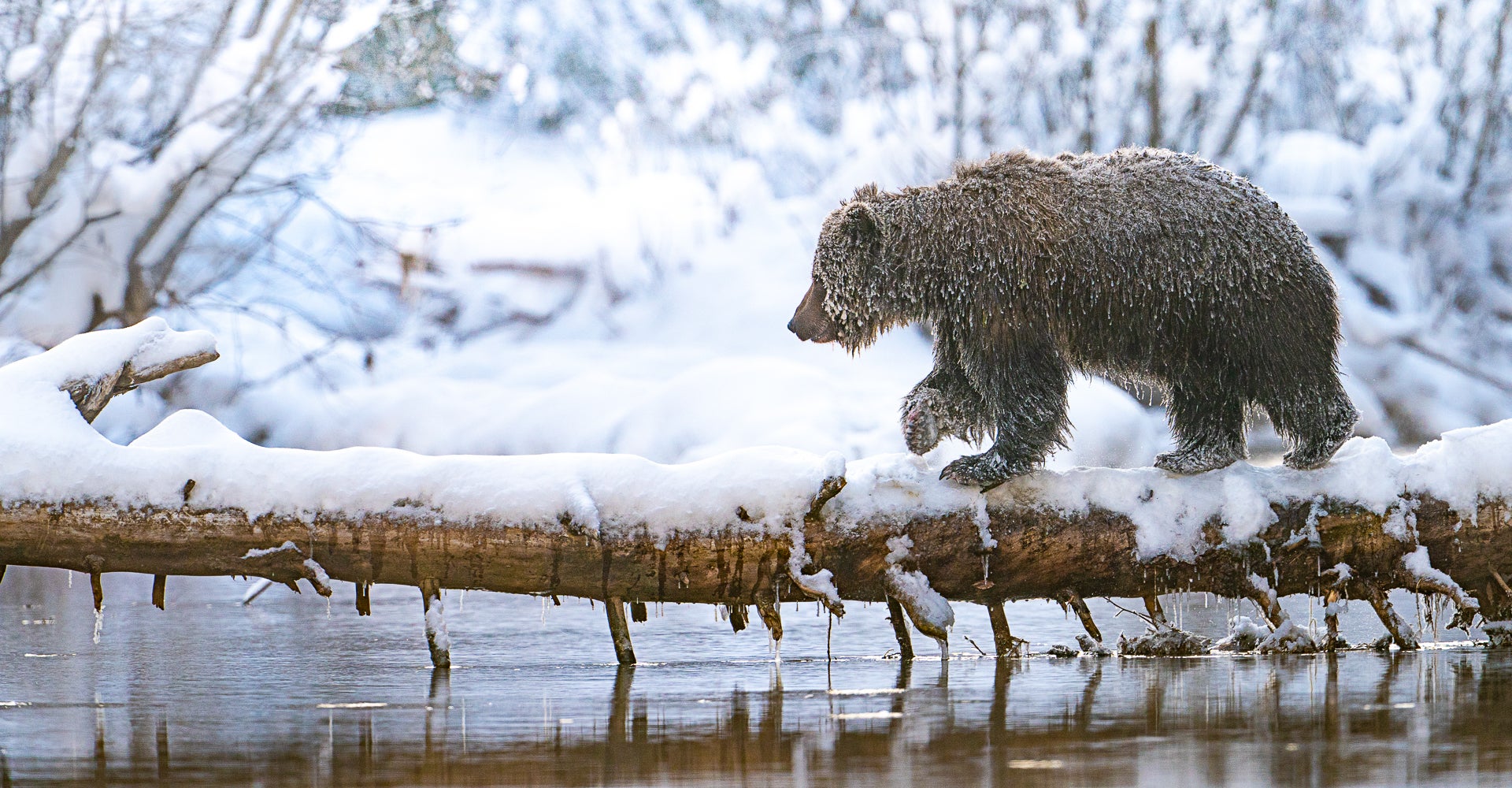 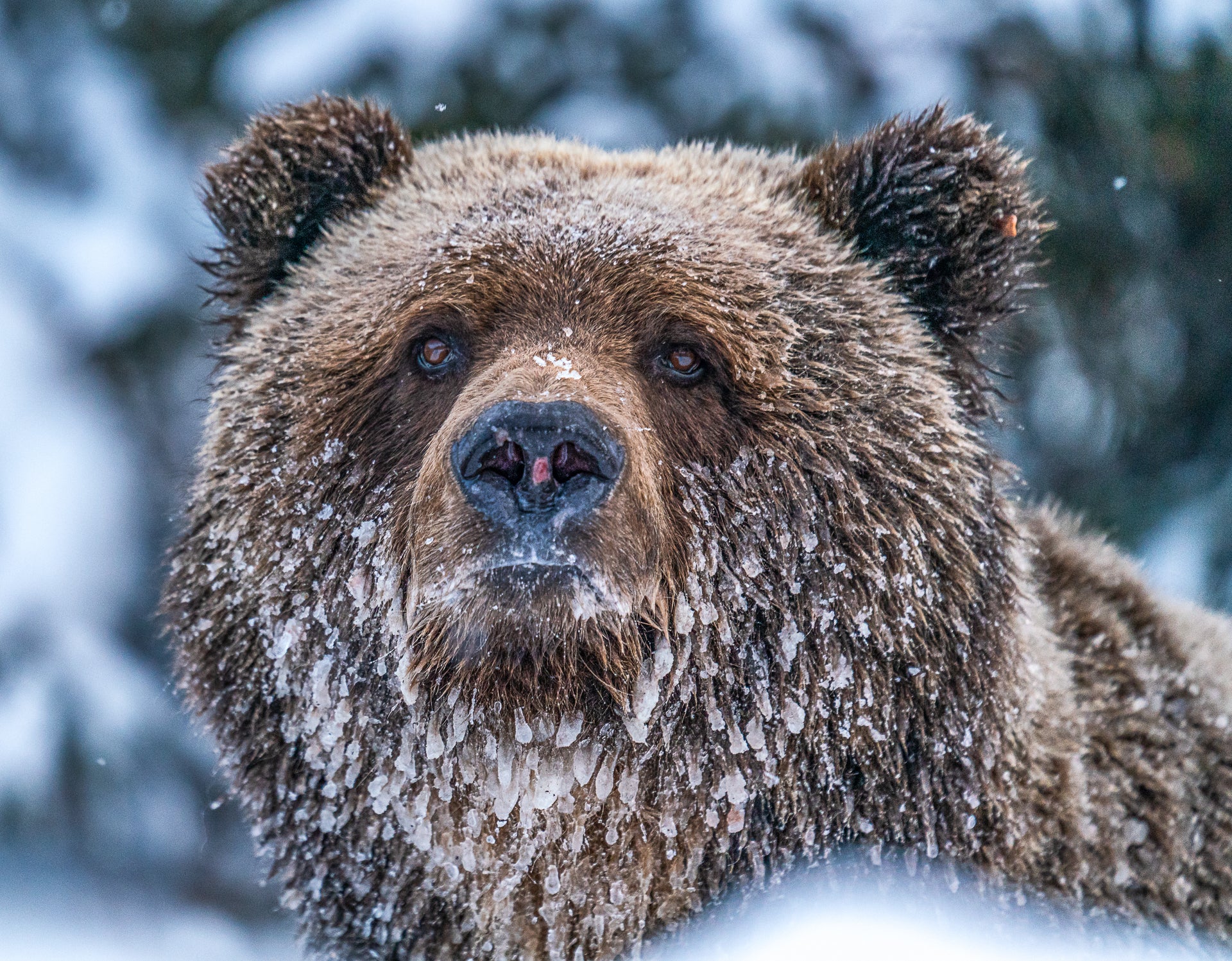 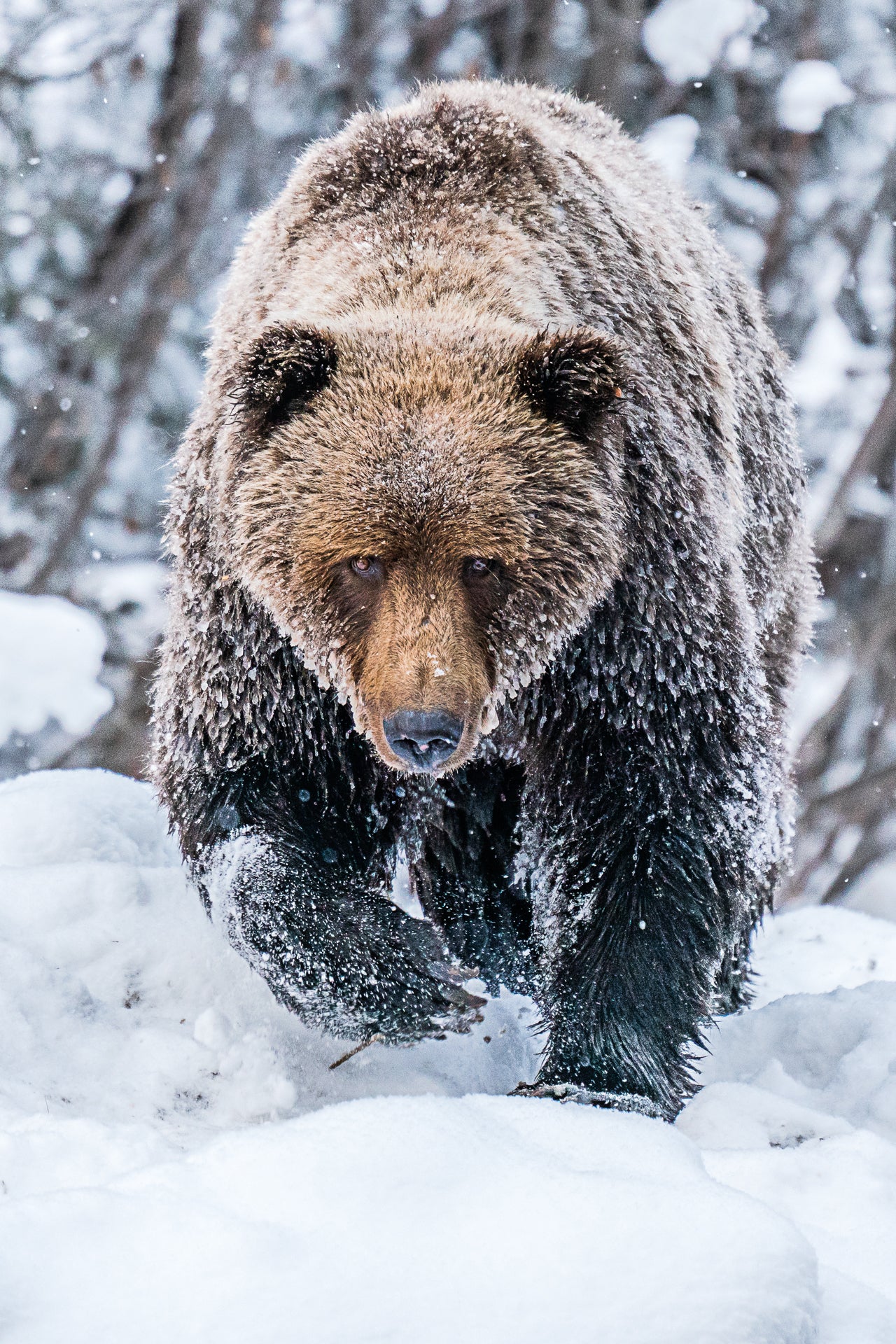 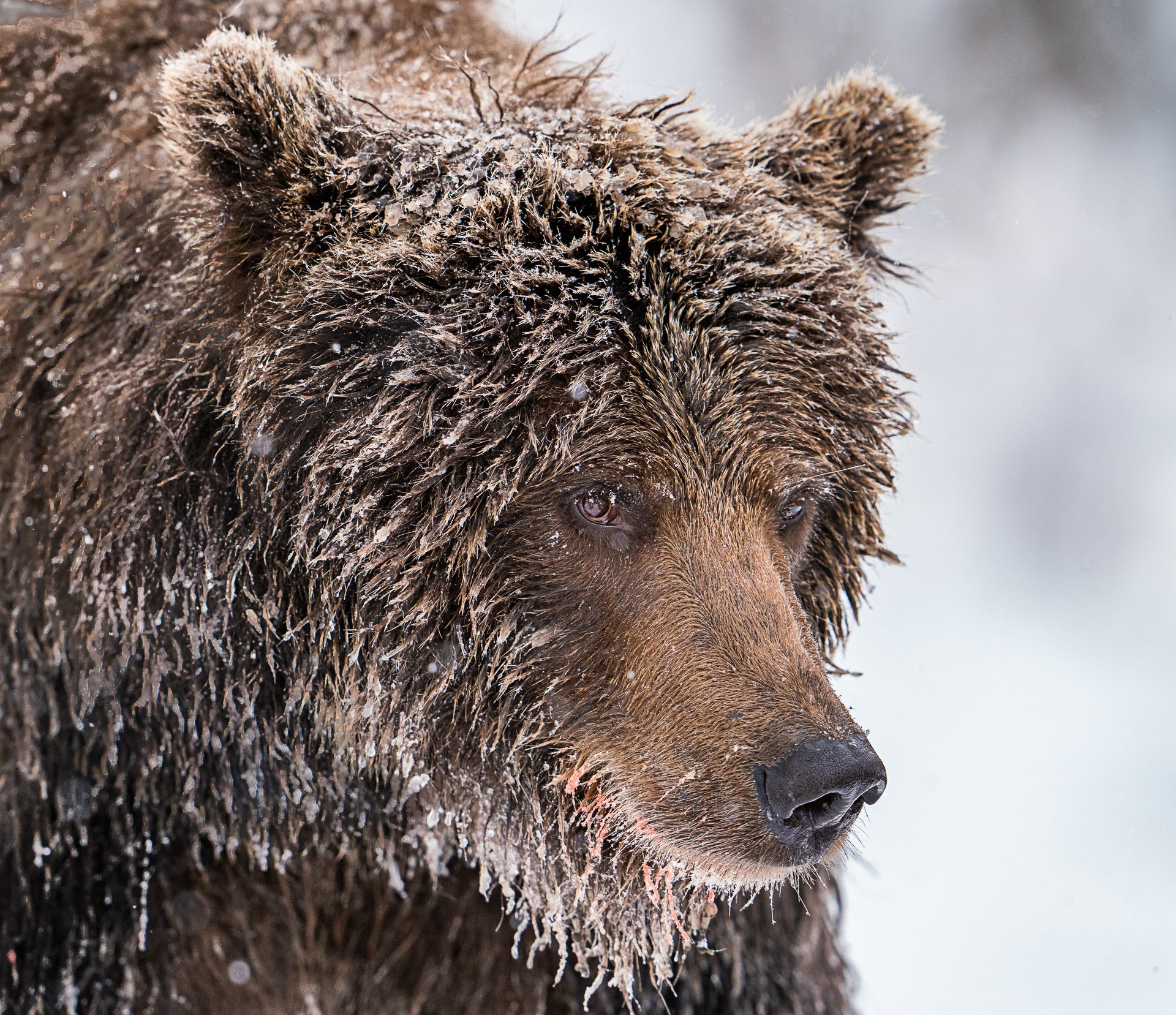 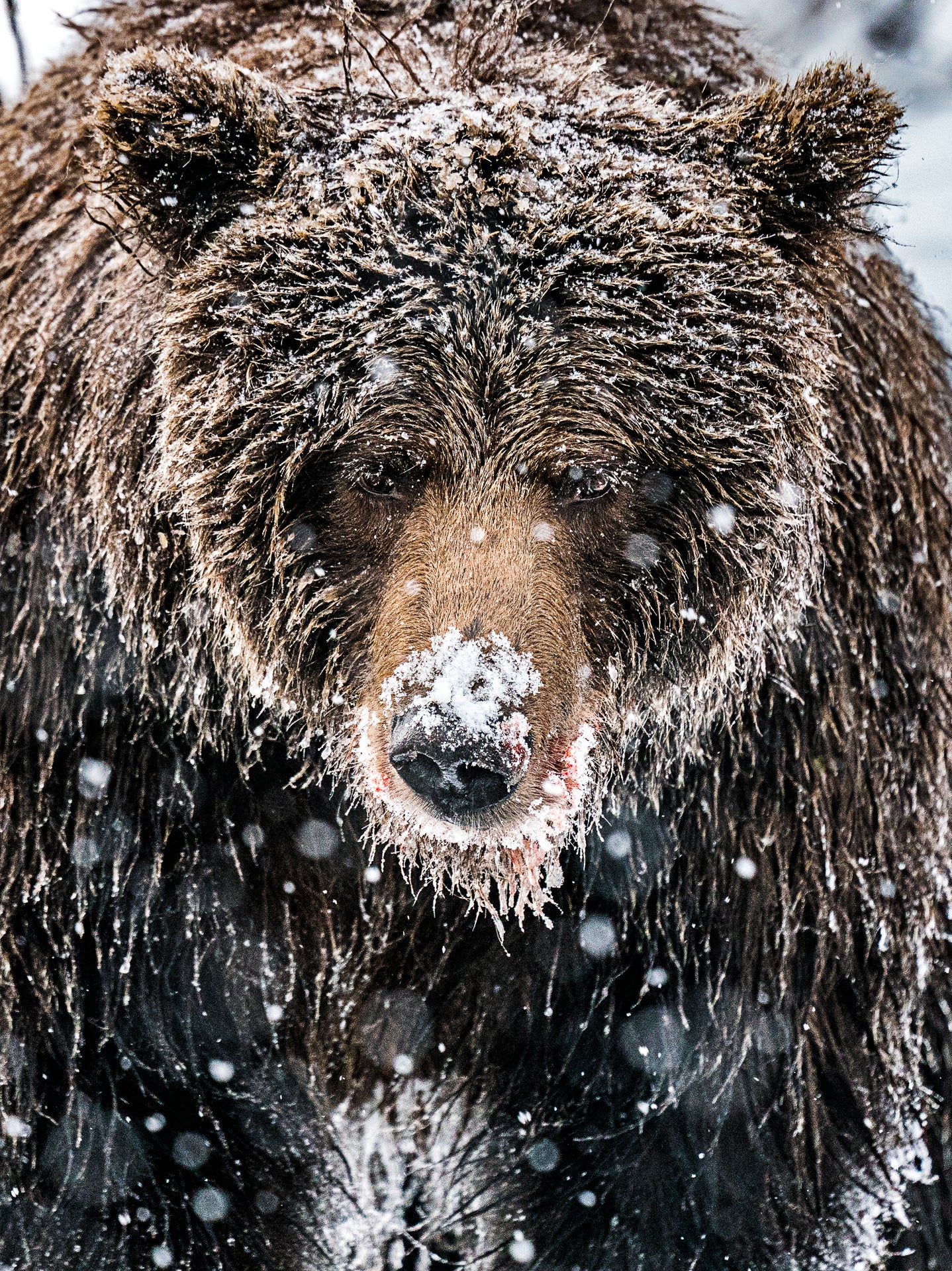 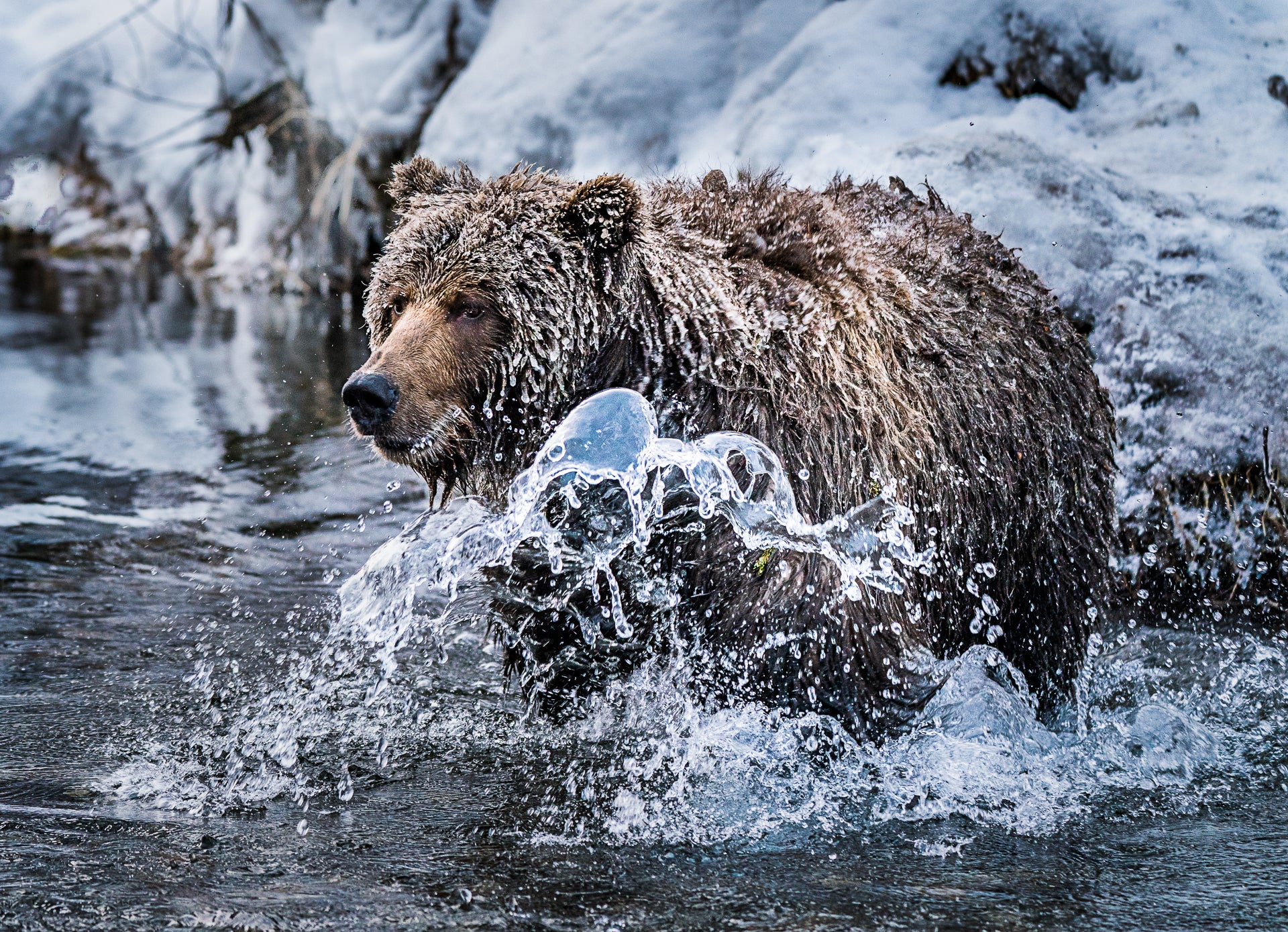 See more of Dimitrijevic’s work at markophotographer.com and on Instagram @markodimitrijevic1.