In the past few years, content creation has grown from a buzz word to a full industry. Social media, TikTok in particular, has helped individuals launch their own businesses to help with marketing, photography and filmmaking for larger brands. As the industry grows, so do the standards. Many content creators are shifting from shooting on their phones to high quality equipment. Check out these vloggers, influencers, and content creators and the gear that makes their work possible. And of course, follow @sonyalpha for more Sony creative content in your feed and the latest from the Alpha Universe.

We take a look at a group of vloggers, influencers and content creators and the gear that makes their work possible.

Jessica Hirsch makes dramatic food photos & videos for her super-popular @itsmycheatday TikTok. With over 193 followers, the Alpha Collective member often partners with brands and restaurants to showcase their most popular eats. She uses features in her Sony Alpha gear to help make her photos and videos stand out from the rest. In the video below, she shares how important sound is to her TikToks, she says that it makes the viewer “feel like they’re in the kitchen” with her! To record the sound, she uses the Sony ECM-B1M Shotgun Microphone. Check out her account for delicious food images and footage.

Jason Vong is a YouTuber and content creator who creates videos that show his travels, provide creative advice or go behind the scenes of his creative adventures. It’s not all vlogger style video with Jason, he also creates beautiful cinematic footage using his knowledge of the gear and his ability to create an epic Sony system rig. In the video below, he shares how he captures audio so well. For the past three years he’s used the Sony ECM-B1M Shotgun Microphone and he says it sounds great, right out of camera.

Houston-based photographer and videographer Julian focuses on fashion, lifestyle, and commercial work. His TikToks show vignettes of his shoots. We love the video snippet below showcasing his new Sony Alpha 7R V shooting in 8K! We agree with Julians description in his caption, the footage is “unreal.”

Fitness content creation Abraham Tar has grown quite popular on TikTok. His goal is sharing fitness ideas and inspiration. He’s started gaining attention because of his positivity and high quality videos. In the TikTok below, he shares how he films his content. Tario uses the Sony Alpha 7S III and the Sony ECM-B1M Shotgun Microphone. If you’re interested in fitness, give Tario a follow.

Grace Wells has become popular on TikTok for creating fake ads. Wells will often make an ad for a general household item or product. The video below, for example, is an ad for prebiotic soda. She’s also made ads for milk, berries and cream, and a potato. She describes this process as “making epic commercials for random objects.” And they truly are epic! Her go-to camera and lens setup is the Sony Alpha 7 III and the Sony 28-70mm f/3.5-5.6 and Sony 50mm f/2.8 Macro lens.

See How This Key Addition Gives You A Perfect Vlogging Setup 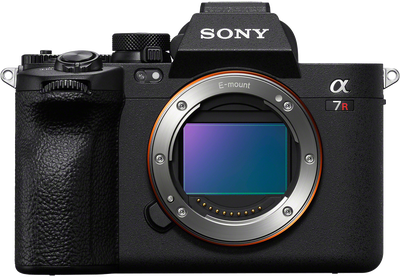 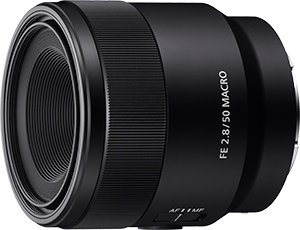 See How This Key Addition Gives You A Perfect Vlogging Setup