Adventure filmmakers and mountain climbers Taylor Rees and Renan Ozturk recently traveled to Guyana on a project for the National Geographic Channel and National Geographic Magazine. While the full story is still under wraps, the two Sony Artisans were able to take us behind the scenes to provide us with a firsthand look at what goes into the process of shooting this kind of expedition. Watch as they tread through grueling conditions with their Sony Alpha gear in order to complete the assignment.

The expedition was based on a scientific mission through the ground forest and leading up to its cloud forest in the mountains. Ozturk and Rees ventured through the heart of the Amazon with their crew and the help of other climbers Mark Synott, Federico Pesani and the well-known Alex Honnald, who was their secret weapon for their potential first ascent of the mountain Wei-Assipu-tepui.

“This place has so much life, it’s like an undiscovered Galapagos,” says Ozturk. “It’s such a privilege to be here. You just want to work as hard as you can to do it justice.”

Even with so much beauty and life present, traversing deep through the jungle is not for the fainthearted. With constantly wet conditions, tangled vegetation and thick mud, it’s a struggle to continue, much less create. In the video Rees notes that she’s never worked in more difficult conditions in her life. Ozturk says that because of the conditions, he found it even harder than the Everest expedition they did. Needless to say, the jungle was the ultimate testing ground for not only the filmmakers, but also the cameras.

The team used a combination of cameras for the project, including the Sony FX6 professional filmmaking camera and the multi-dimensional Alpha 1 and Alpha 7S III. “The cameras are just pushing as hard as they can in these conditions,” says Rees, “[and they] are kind of killing it.”

“There were so many times I thought I destroyed a camera in this expedition, but they just kept going,” says Ozturk. “And it’s safe to say I’ve entered a deep long-term relationship with the new Alpha 1.”

With the gear standing up to the test, Rees and Ozturk will deliver footage in hopes of building viewers’ appreciation for a new place. “I hope this adventure really makes people care about this place when it comes down to it,” says Ozturk. “I feel like we’ve reached this new stage in filmmaking with this current Alpha suite. We’re able to bring back stories from the harshest places on Earth, and use these advanced tools to hopefully make a difference.”

Stay tuned to the National Geographic Channel for the release of their Explorer episode. 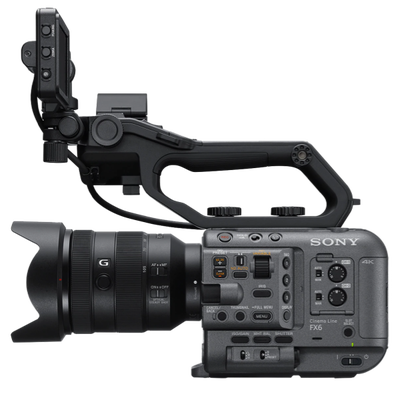