Lukas Walter (@lukas_walter_photography) is a Switzerland-based finance professional and hobbyist photographer. He’s always had a passion for nature and wildlife, but it took him a little longer to discover that same passion for photography. About eight years ago he began scuba diving and wanted to document the astonishing underwater world. At first, he mainly focused on video but over time he started doing more and more photography, ultimately expanding to creating topside wildlife and landscape photos. We came across this stunning icy sunrise photo of his and connected with him to learn more about how he captured it with his go-to Sony Alpha landscape zoom.

When the best laid plans were foiled at every turn, landscape photographer Lukas Walter adapted, worked with what he had and made stunning 'fire and ice' photos. 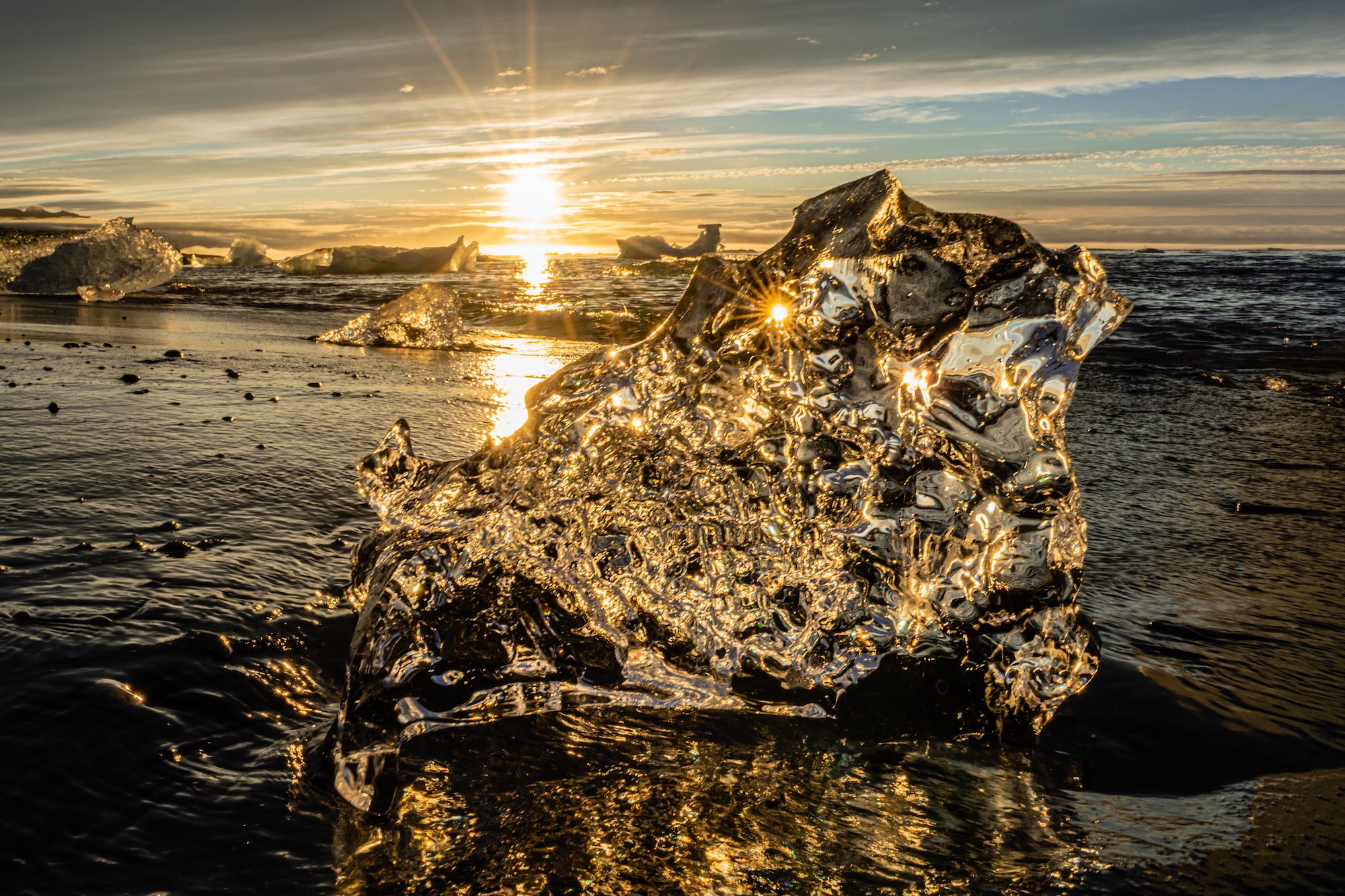 Photographing landscapes usually requires you being in the spot you want to shoot very early or quite late to catch that beautiful light. It can be frustrating if you do not get the preferred conditions but when you get it, it is magic. The beautiful light enhances the scene manifold and it rewards your patience and struggles you had to go through. These precious moments usually get me thinking and makes me appreciative that I can travel to such magnificent places.

For this shot I used the Sony α7R IV with the 16-35mm f/2.8 G Master lens. Along with the 20mm f/1.8, the 16-35mm f2.8 G Master lens is my favorite wide-angle lens for landscapes as it renders superb image quality while still giving the flexibility of a zoom lens. Soon I want to integrate that lens into my underwater setup and I’m sure it will produce great results. The Sony α7R IV body is a powerhouse, the detail and the dynamic range it captures is simply amazing.

This particular image was taken on Diamond Beach, Iceland in August 2020. I was supposed to be looking for leopards, lions and elephants in South Africa and Botswana but due to COVID-19 I was unable to travel there. Iceland is well-known for its breathtaking landscapes and it was one of the few places I could venture. I went with a friend from Belgium, first we were looking for arctic foxes in Hornstrandir and then we focused on the well-known spots in the south of Iceland. Luck was not on our side, we continuously had bad weather and never had that beautiful golden light that every photographer is looking for. 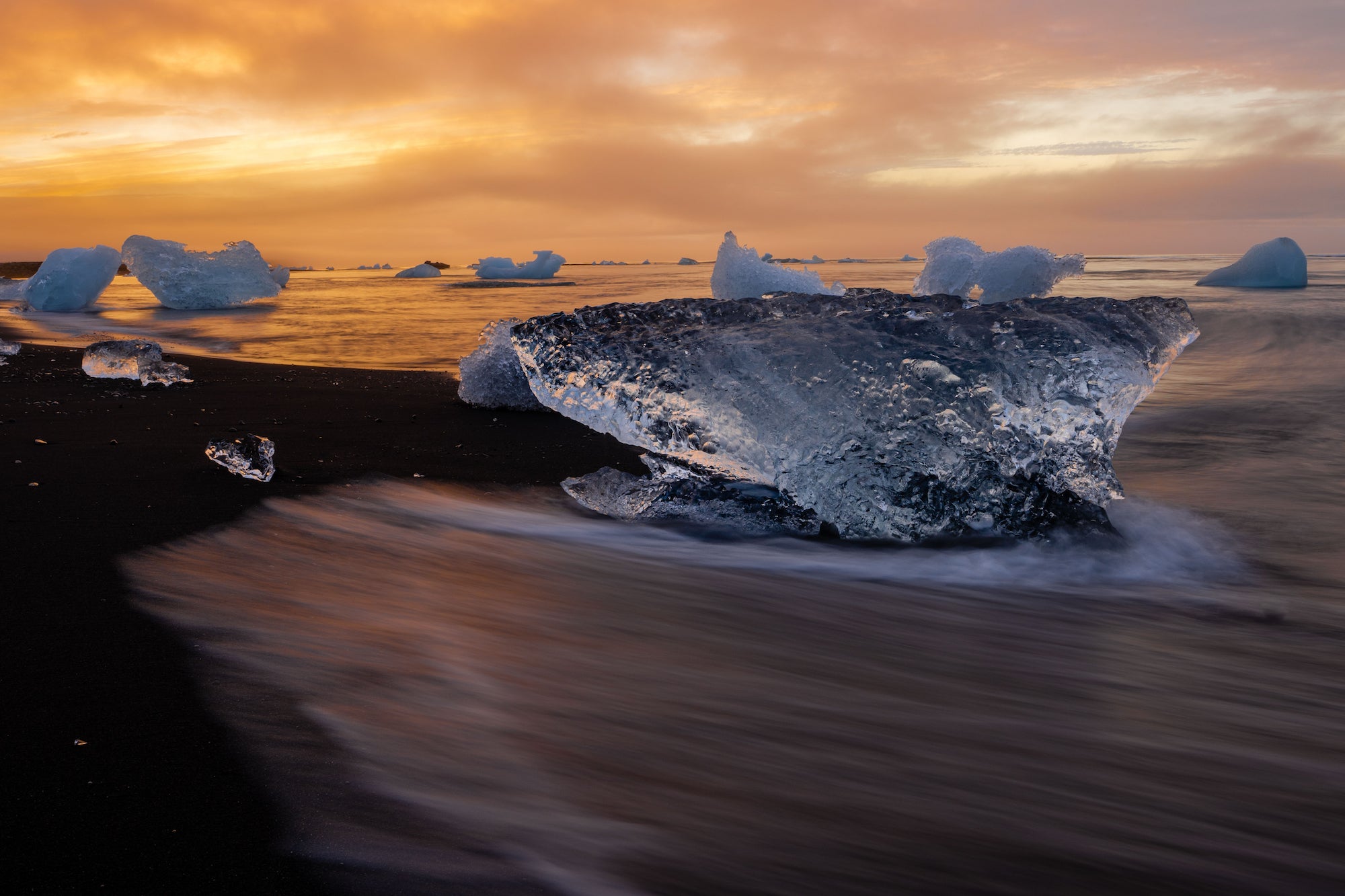 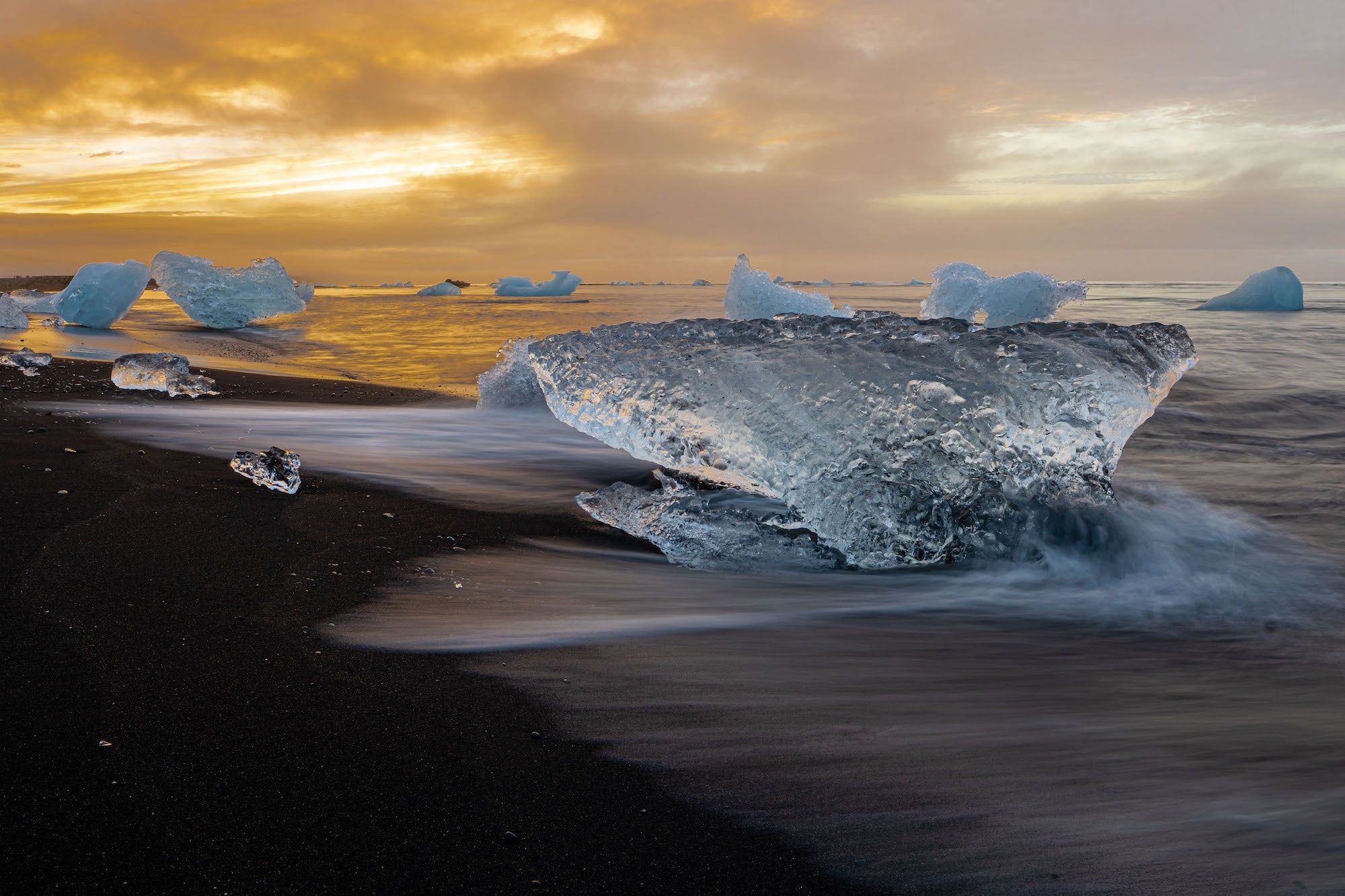 One evening it looked like there might be a short window with good weather at sunrise, and the days after the forecast looked bleak again. As this was probably our best chance during the whole trip we decided to sleep in our car nearby Diamond Beach. It was a cold and uncomfortable night, I think I barely slept at all, but when we got up at 4 a.m. the sky looked very promising. We headed to the beach and the scene was breathtaking with the soft light hitting the blocks of ice that were washed ashore. 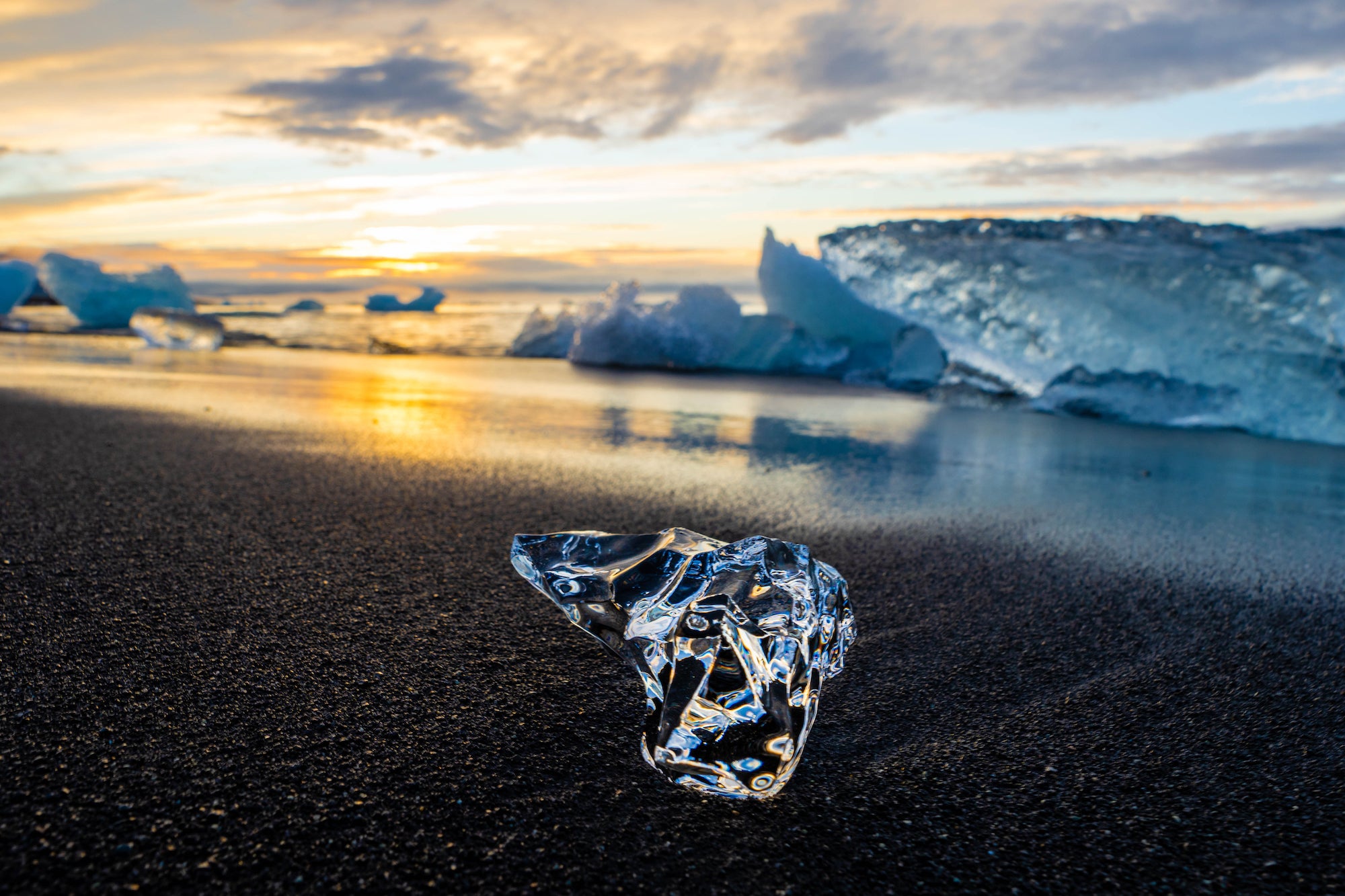 To be honest it was a bit overwhelming as it was the first time at that location with so many photographic opportunities but also knowing this might be the best conditions we will have during the whole trip and that beautiful light won’t last long. I started doing mainly long exposures. We were almost ready to pack up and go to another location nearby as we wanted to make the most out of the conditions. However, before leaving I wanted to take a couple starshaped pictures of the sun as it was just above the horizon and then I saw that I got the same star-shape in the ice blocks. I used a very small aperture to increase the star effect and tried to get as low as possible while keeping an eye on the incoming waves. Both my friend and I got surprised a couple times but luckily only our feet got soaked while the gear stayed dry. I changed up the angles to see if I get better light effects on the ice blocks until I was happy with the results. 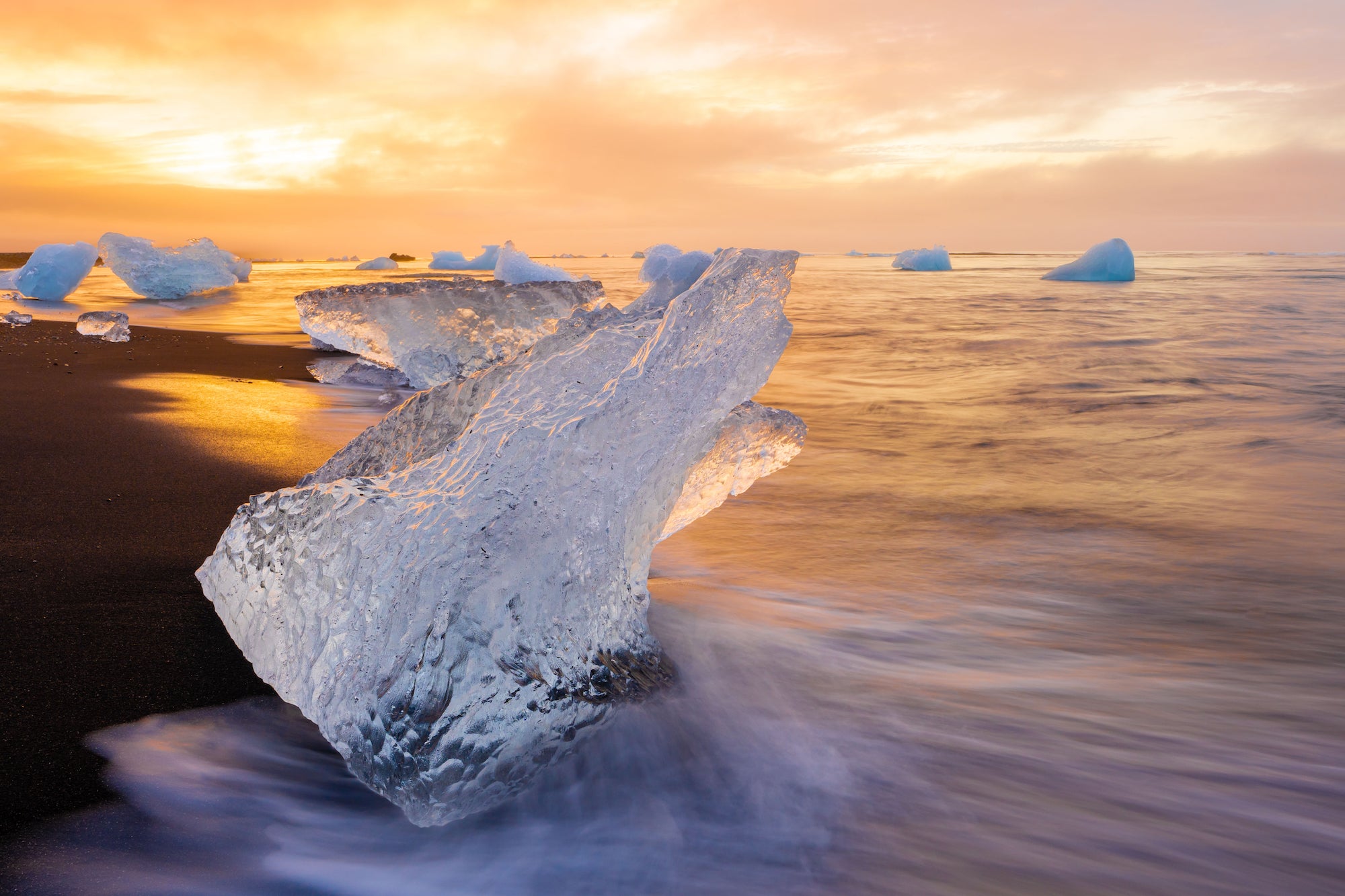 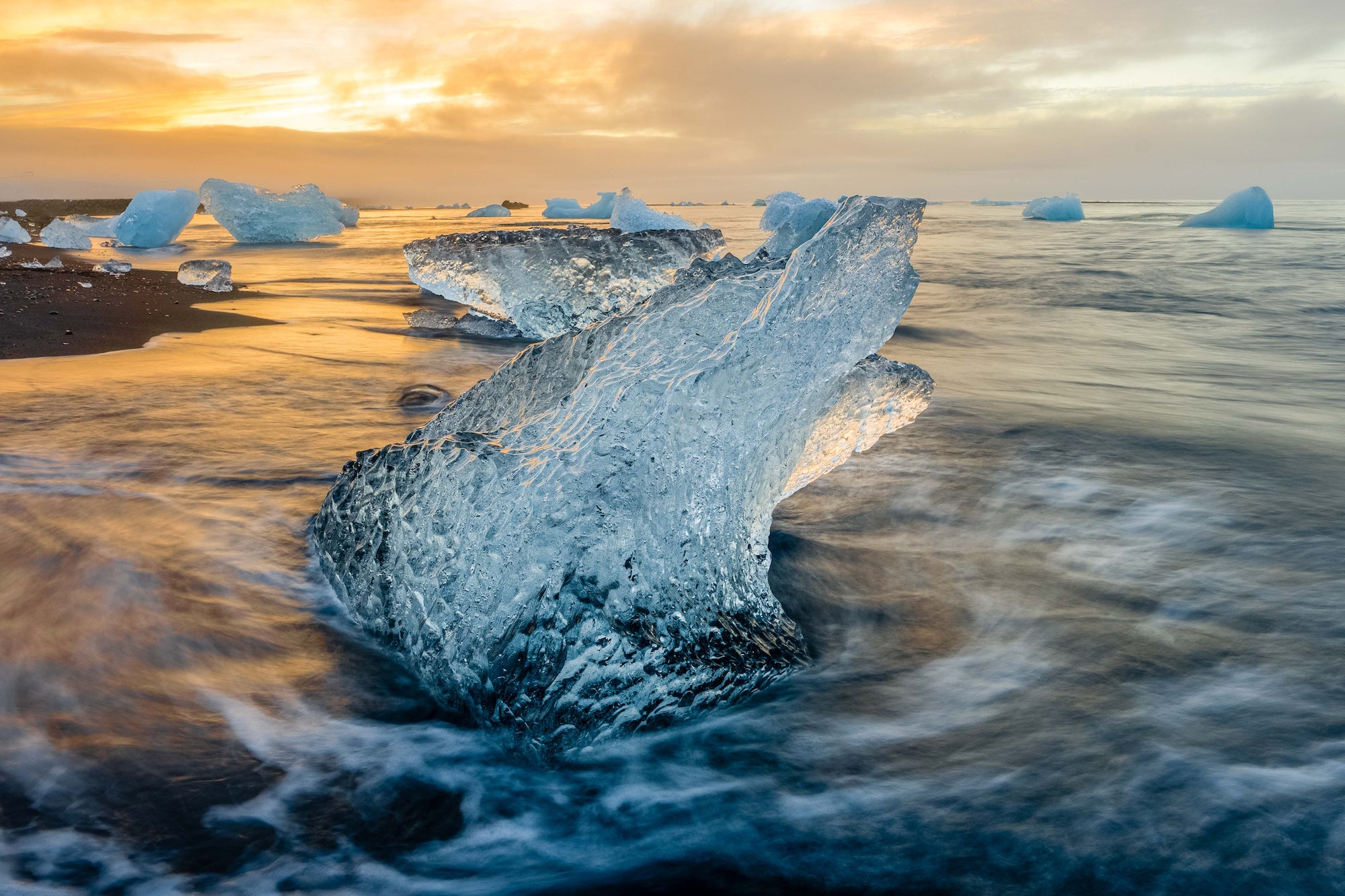 I did most of the post-production in Lightroom, but there was very little I did. I straightened the horizon, then set my black and white points, dropped the highlights and lifted the shadows. I added some texture and clarity to the ice block and overall a little bit of vibrancy. I added a slight amount of sharpening and removed one distracting element in photoshop.

What’s In My Bag: How A Landscape Photographer Uses A Zoom Trinity (Plus One) To Capture Iconic Vistas

What’s In My Bag: How A Landscape Photographer Uses A Zoom Trinity (Plus One) To Capture Iconic Vistas