Cat videos are so 2015. Today, as Instagram marches onward to domination of the imaging world, pet accounts are among the most viewed with growing and loyal followers. And why not? The appeal of pet photos and videos lies in their ability to allow the viewer to unplug and take a short break from the world, lost in the real or imagined life of a furry companion.

“[W]ith the α7 III and Animal Eye AF, I'm not having that issue whatsoever. Not even a little bit. It's really been fantastic.”

One of the best-known cats on Instagram is Suki (@Sukiicat). The Sony Alpha Imaging Collective’s Marti Gutfreund created the account when Suki was just a few months old. Now some two years later, @Sukiicat has 1.4 million followers. “It's just been a really interesting experience. People are really passionate about animals and pets in general, so I feel like there's been a ton of engagement on a very different level than I've had on my photography page by comparison. Even in person, I seem to meet a ton more people when I'm out with Suki than when I'm out alone. People are always more inclined to interact when I'm with Suki rather than just me.” 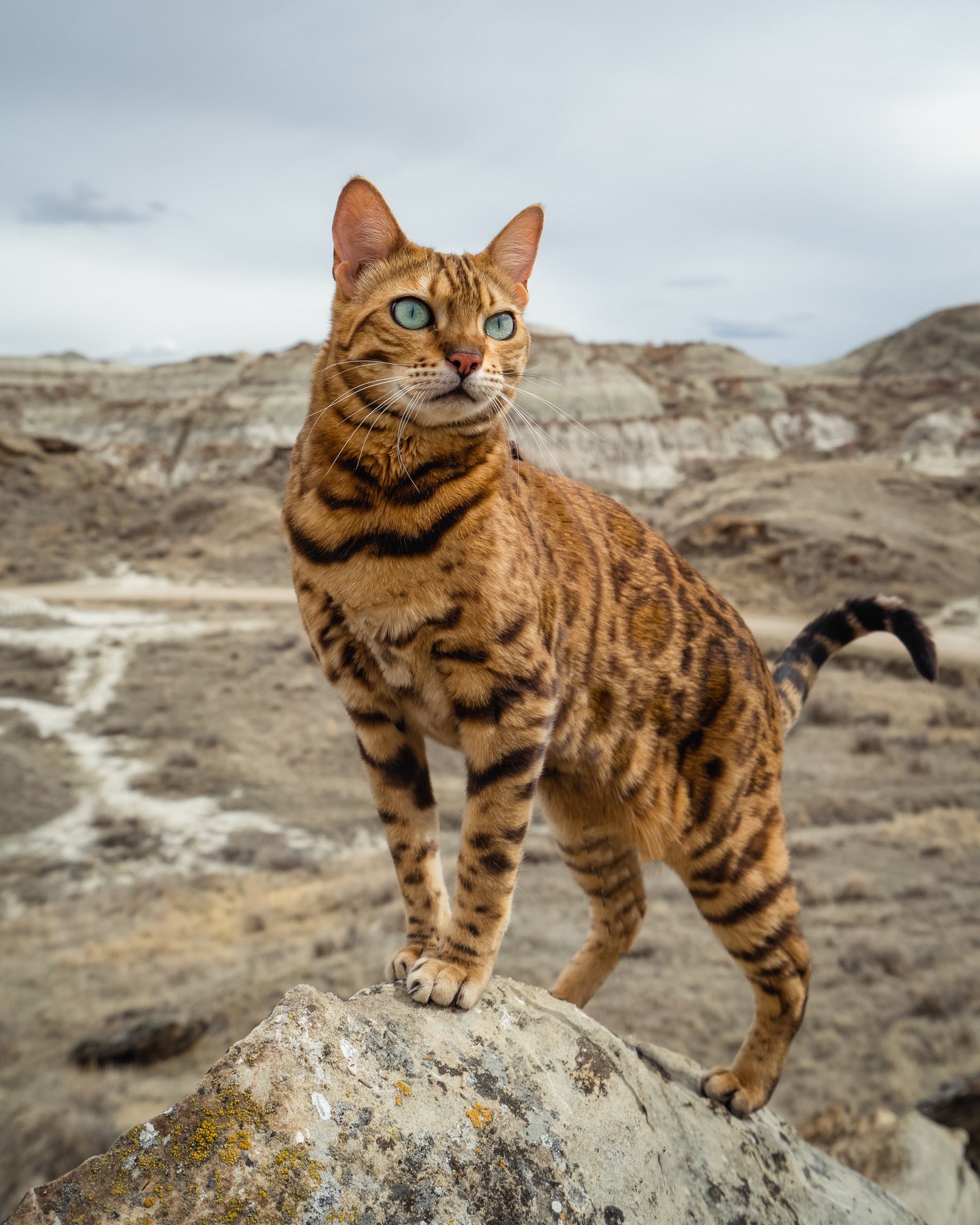 Like anything on Instagram, one of the keys to Suki’s success is a steady stream of new content. “During summer months, and spring and fall,” explains Gutfreund, “we usually try to make a trip out to the mountains every couple of weeks. And we do go on walks almost every day with her as well.”

Getting out is only one piece of the content puzzle. Anyone who has ever owned a cat knows that felines aren’t known for being “team players.” While Suki has become used to the camera, it can still be a challenge to get the shot Gutfreund is after. “As much as you want them to listen, it often comes down to a lot of external factors as well. Suki might be sitting and looking pretty, but then a bird flies by or a squirrel is in the tree and then all hell breaks loose. So my partner and I do these Suki photos as a team, because it's just impossible otherwise. One is basically the Suki wrangler and I take the photos.” 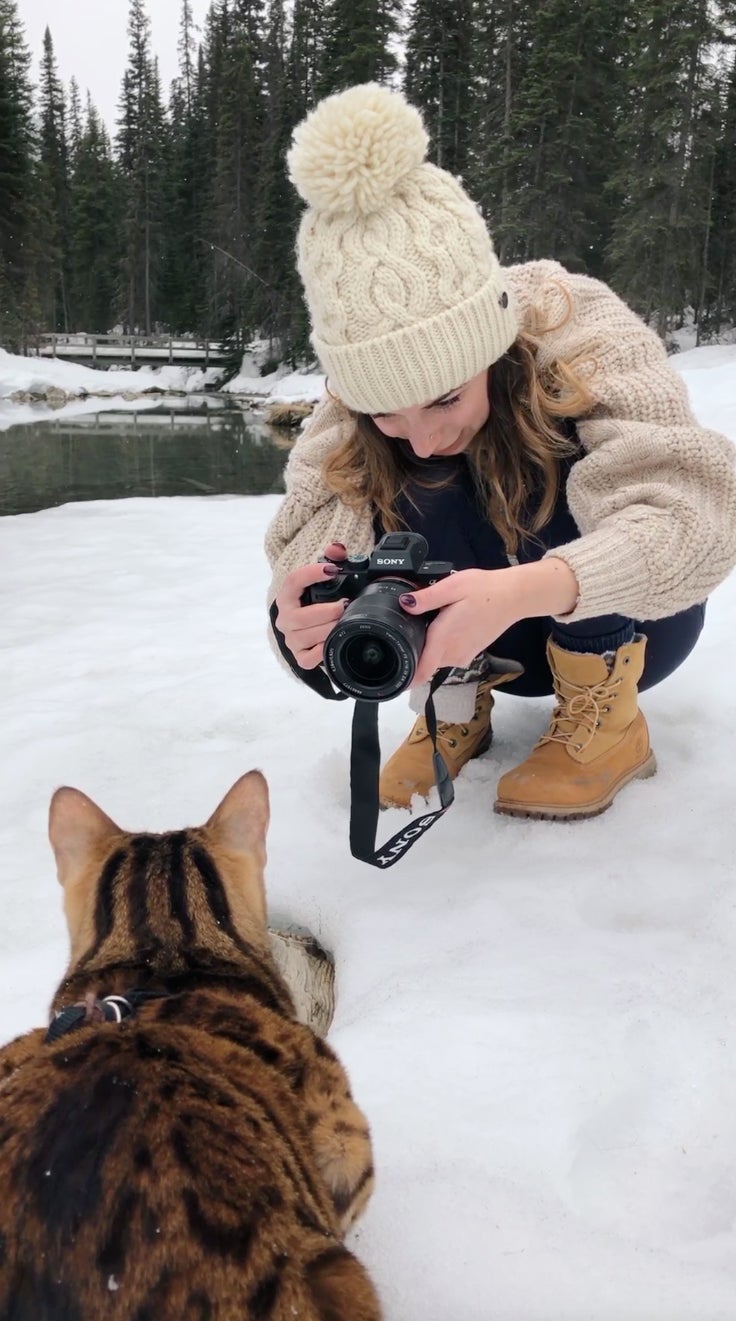 Gutfreund recently switched to a Sony α7 III because it has some features that make working with Suki much easier than her previous camera. “Now that I’ve been using the α7 III, I’m never going back. The multiple focus points make it so much easier to get shots of Suki now than it was before. I shoot at high shutter speed and continuous high speed to capture the right moments.” 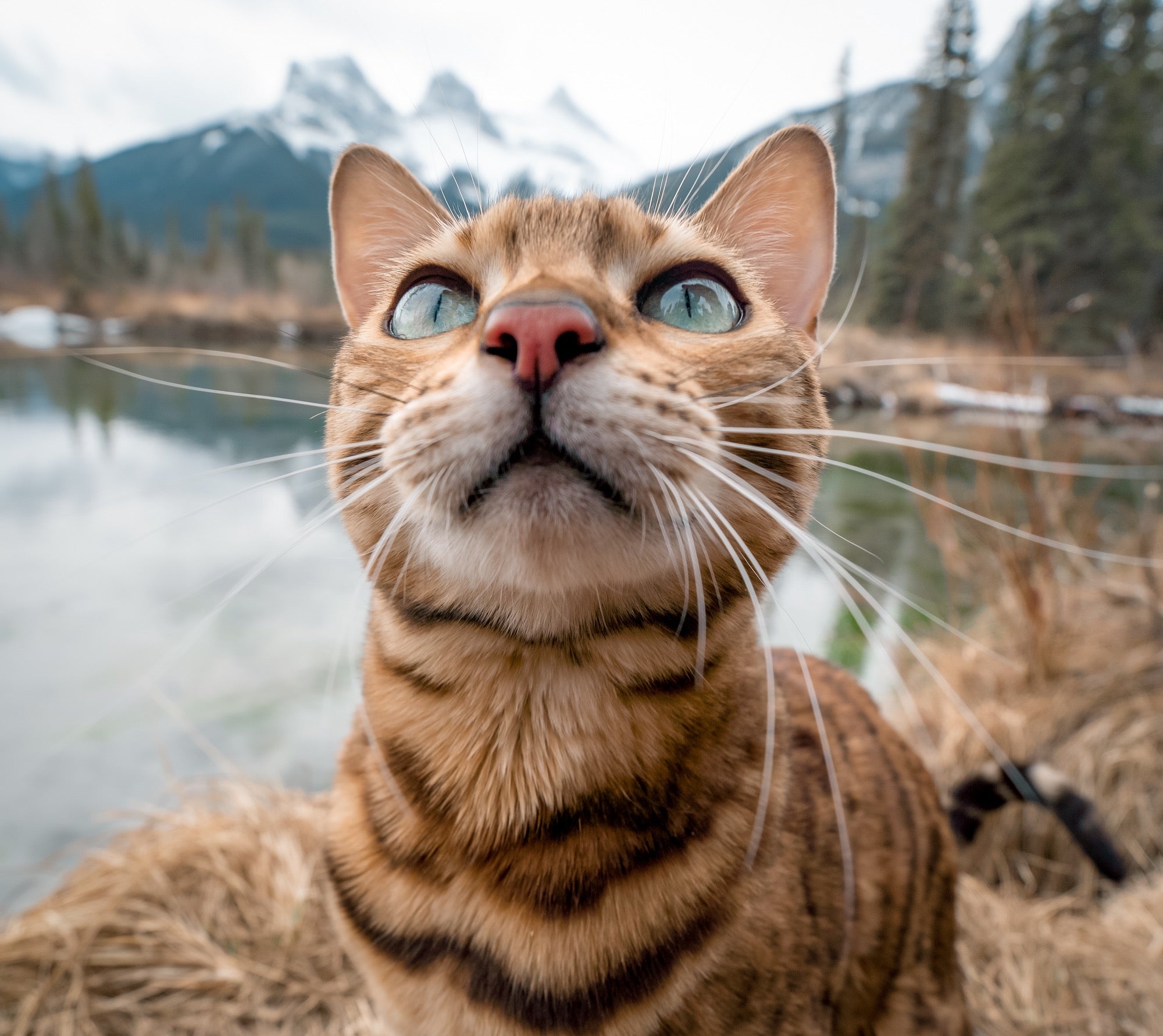 With the Firmware 3.0 upgrade that Sony made available for the α7 III and α7R III in mid-April, a new spin on Eye AF arrived with Animal Eye AF. It’s changing how Gutfreund is able to work with Suki. “I think it's a really great feature. If people have the α7 III, I would absolutely recommend using that. Previously I always found it difficult to get the focus right on Suki, especially at a higher f-stop. At f/8 it started to get really difficult because the camera really never wanted to pick Suki up specifically. It would pick up the larger objects in the foreground, rather than Suki. So I would zoom in, focus, zoom out, and then I would be able to do it. That was quite tedious and annoying, especially working with a wide aperture. So lots of my photos just ended up being in f/4, f/5.6 range, because I didn't want to deal with it. But with the α7 III and Animal Eye AF, I'm not having that issue whatsoever. Not even a little bit. It's really been fantastic.”

She continues, “Between Animal Eye AF and the multiple focus point in the α7 III, it's been a great experience. Just half pressing the shutter button, the camera is finding the right eyes to lock onto. I'll often shoot with Suki's friend, a dog in a different city, and I found that when I have the two animals in the frame I can lock onto Suki and the camera stays locked on. The experience is just phenomenal, I'm so happy with it.” 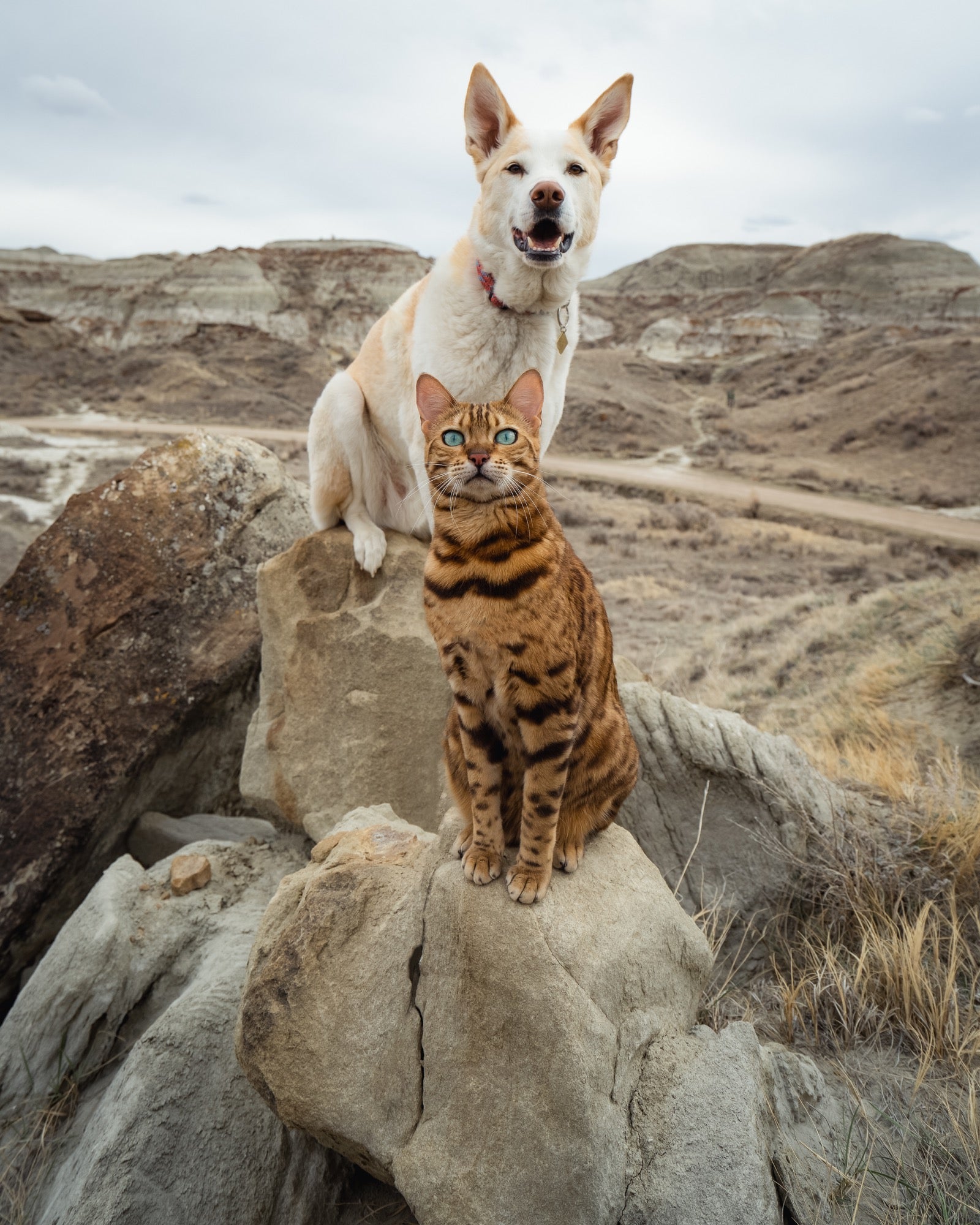 The Rise Of Loki The Wolfdog And His 1.8 Million Instagram Followers

These Aren’t Your Average Selfies

The Rise Of Loki The Wolfdog And His 1.8 Million Instagram Followers

These Aren’t Your Average Selfies