The day before the show I was contacted by the tour promoter that I was credentialed for the opening night concert of Aerosmith’s Blue Army Tour and that I would be shooting from the front of the stage, but to bring a long lens - what did that mean? A contradiction for concert photographers in the know. At a concert there are usually two options chosen by the tour promoter, shoot from the pit (front of stage) where wide angle lenses are a necessity; or shoot from the soundboard (back of house) where long lenses are needed. I decided to bring two cameras, the Sony α7 with a wide angle lens, as well as the Sony α77 II with the 70-400 4-5.6 lens. Regardless of my shooting position I was confident I had all the focal length coverage that I would need.

As I waited outside with the cast of other photographers waiting to be escorted into position, the gossip and speculation grew in regards to where we would be located. At least half of the photographers only brought short glass and were stressed about their focal length coverage. Complaints then followed by the high price of 2.8 glass as well as the bulk of a 300 or 400mm lens. It was at this time that a few other photographers noticed my Sony gear and started to inquire, especially regarding the overall size and weight, I didn't even need a monopod. A few had questions, many had doubts but as we were escorted into the Arena I had a smile on my face as we hit the soundboard platform. I was prepared and ready to cover the show, or at least the first 3 songs - which is status quo for concert coverage.

At a concert performance for top tier bands the light is usually bright and full of color so the 5.6 aperture of the lens while shooting at the maximum 400mm combined with a fast shutter speed is no problem to achieve well lit sharp images, especially while dialing in a fast ISO (film speed). As the third song came to a close we were quickly escorted out of the arena. I was asked by a few other photographers if they could review my images and all were amazed by the overall quality that I was able to produce. Before leaving I gave a quick tease on the new cameras that Sony announced earlier in the day and had many photographers anxious to check out the Sony Alpha line on the website. Another successful night, I spread the word on the power of the Sony Alpha line and I produced some great imagery of Aerosmith. 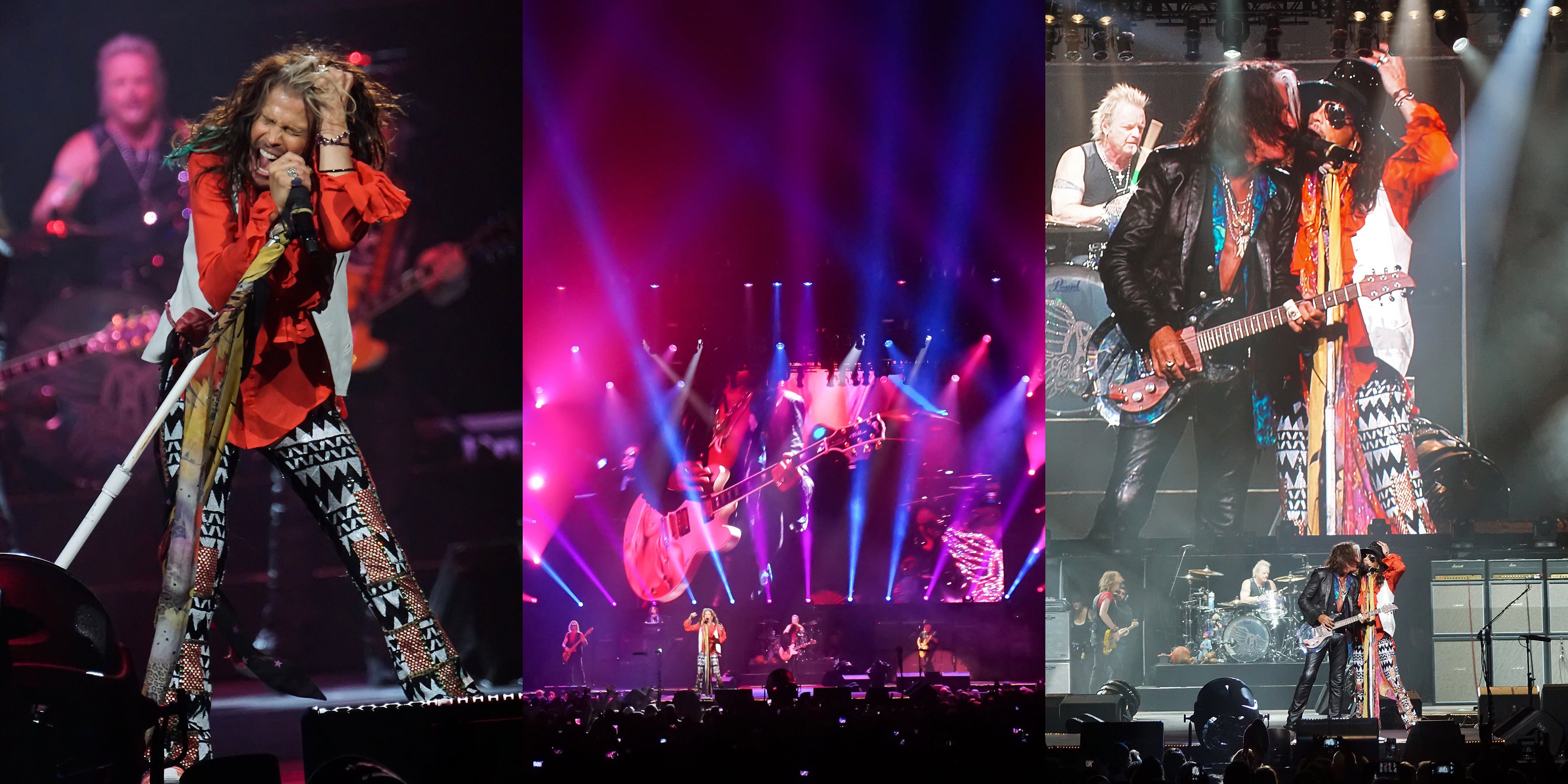