Jeremiah Davis (@thatoneblondkid on Instagram) started working with the popular DJ and production duo The Chainsmokers, shooting behind-the-scenes and drone footage for their music videos. As time has gone by, he’s progressed into shooting mostly full-time with the band, having shot hundreds of different projects for them. The band’s lyric video for the song “Hope” featuring Winona Oak was produced, directed and edited by Davis, and has been viewed over 82 million times on their YouTube channel. We had the chance to talk with Davis to learn more about the making of the video, and why he shot it with a Sony Alpha α7R III mirrorless camera and 24-70mm f/2.8 G Master lens.

“They were releasing a song and needed a visual, so they gave me this opportunity,” says Davis. “Drew Taggart and Alex Pall from the band are extremely creative, but their touring schedule didn’t allow them to put time and energy into an elaborate project. We had about three days to plan it and four hours to shoot it, so we needed something crazy simple.” So Davis got creative with how to keep it ‘simple.’ While some filmmakers might just phone it in under those circumstances, Davis took a different tack. “Sometimes your client just needs something basic and you just have do it. But this one had a lot of potential in my mind.” 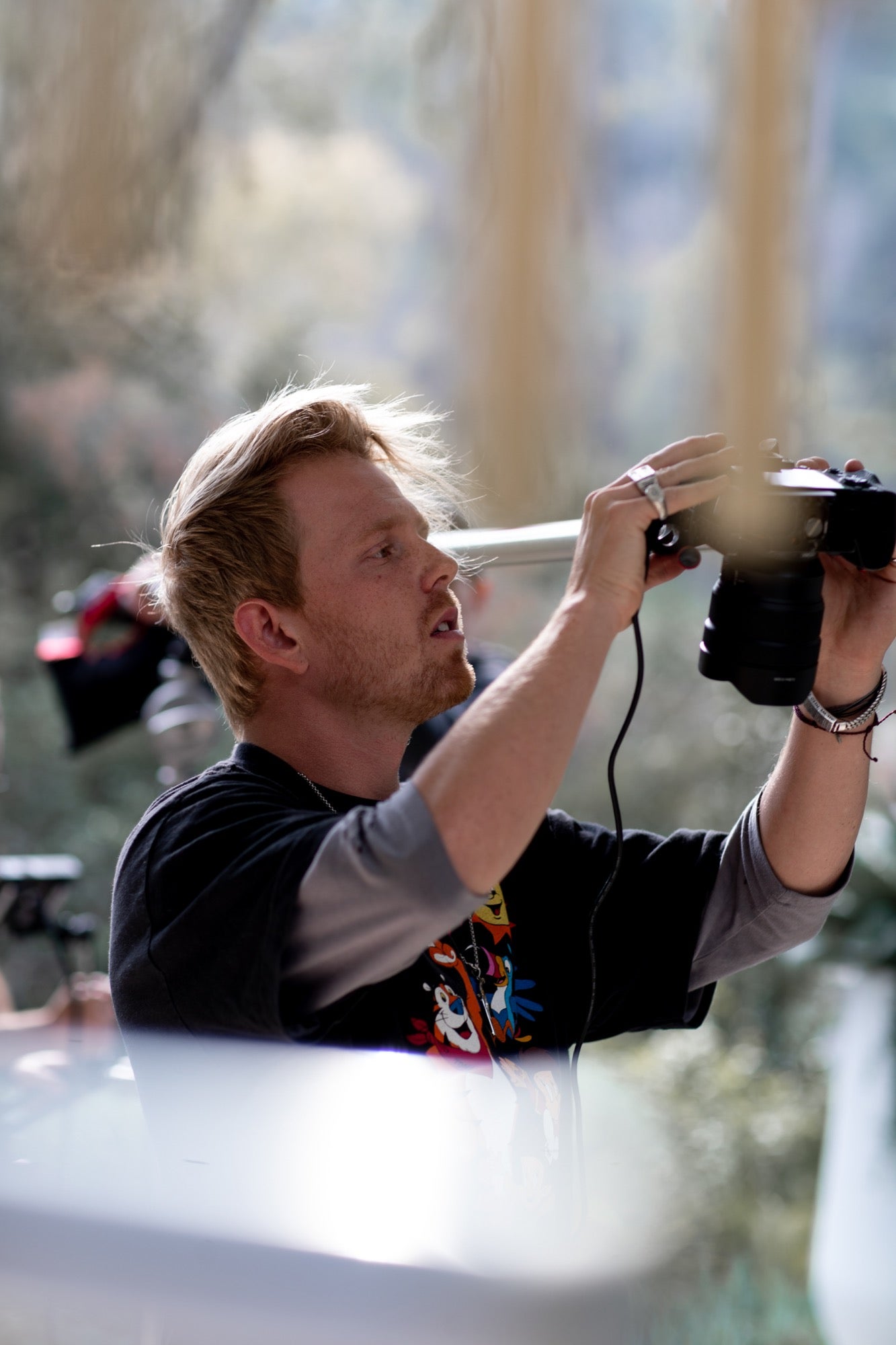 Jeremiah Davis on set for the making of the music video for “Hope.”

“We toyed with the idea of maybe switching the lighting two or three times throughout the video,” Davis explains. “So it would go into a verse and the lights would just change to a darker setting or to a color or something. I wasn't too excited about that, but then I thought, ‘What if we had a really cool light show that wasn’t just a changing color?’ So we hired a lighting team to work with me on customizing a light show for the song. We actually did that on set just two hours before we took the first shot.” 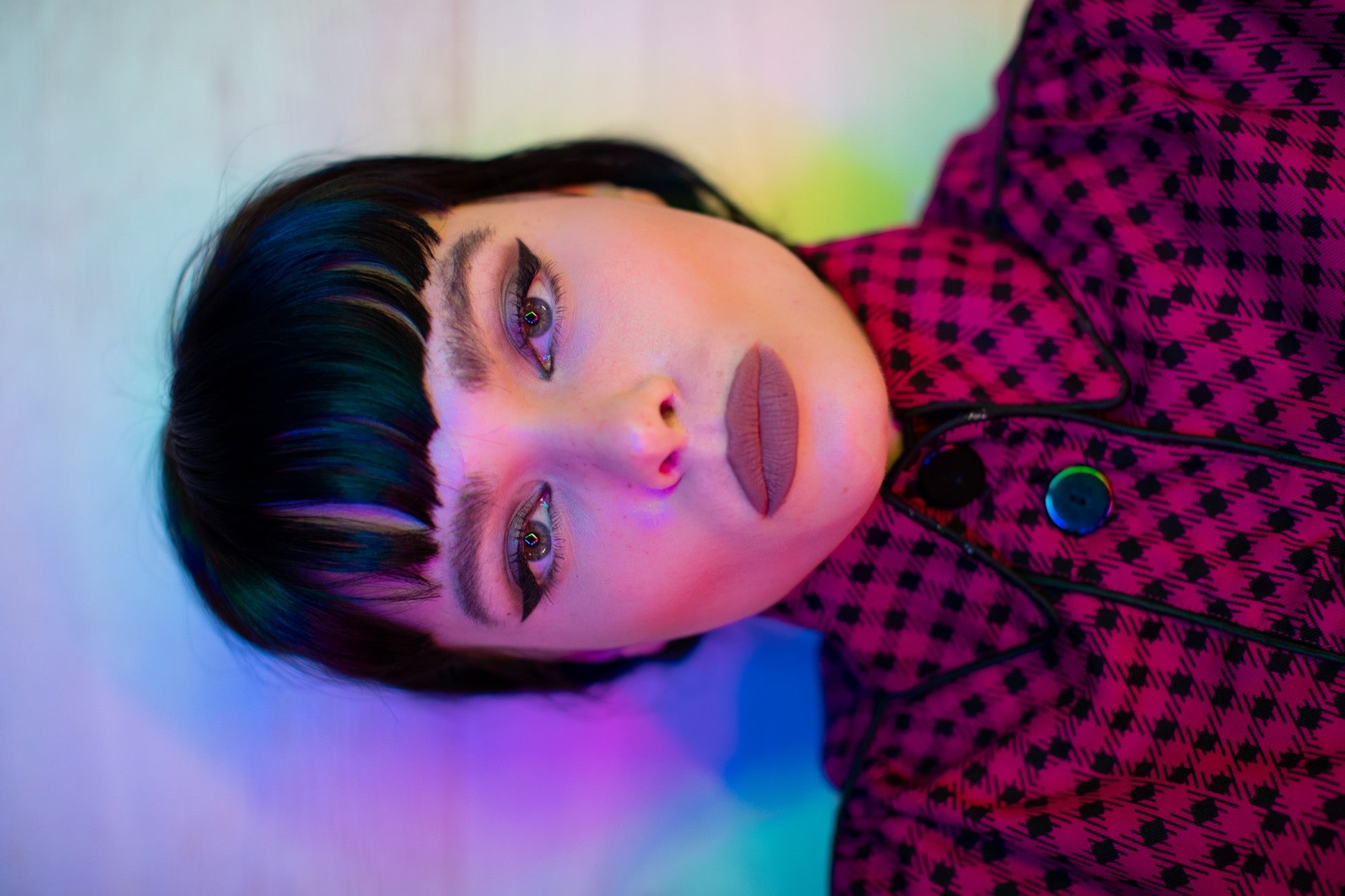 With an idea in place about the lighting, Davis gave some thought to how the musicians would be framed up. There had already been talk about the musicians lying down and with the camera looking down on them, but Davis wanted to take that a step further. “The lay down concept was already there from Drew. I wanted to make it a moving one.” Davis, who skydives for a hobby, thought the addition of roller boards that skydivers use to prepare for group jumps could provide even more potential. “I was watching a group skydive practice on the ground,” says Davis. “They’re on these roller boards customized for their bodies with really good-rolling wheels so you can push yourself around and pretend you’re in the sky. We got them for Drew, Alex and Winona so they could be on their backs facing up toward the camera and then off-screen we would have people pushing and pulling them around. That was the general concept.” 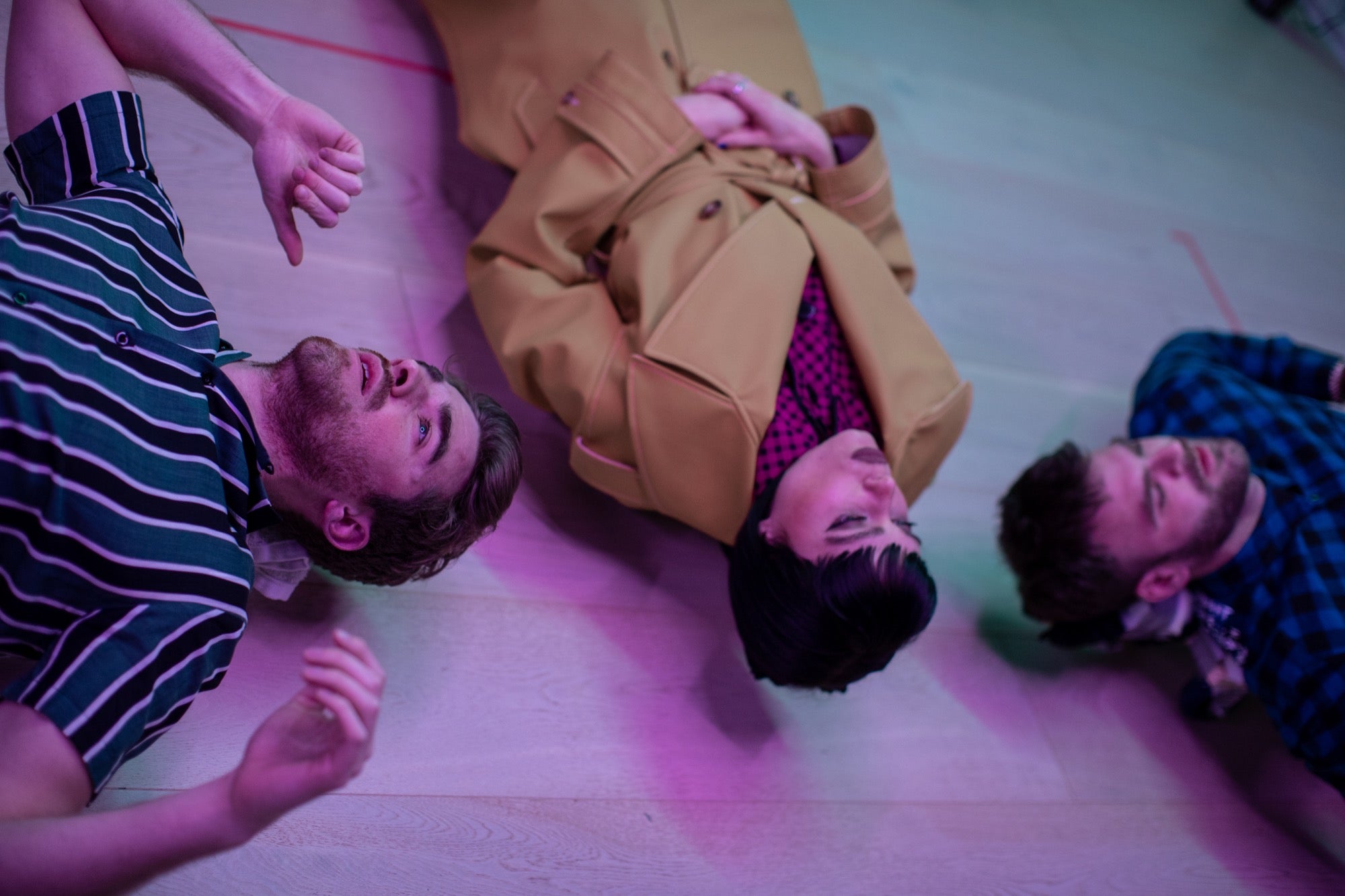 With the concept in place Davis turned his attention to the actual shooting.“With such little time, I needed to be able to focus my time on directing the shoot without worrying about the gear. We didn't have time to convince people that we needed a budget for anything,” he says. “Since Sony is my go-to system, I had it immediately ready. I was perfectly fine with shooting on my Sony α7R III combined with the Sony 24-70mm f/2.8 G Master. We had it attached to an arm that came over top of them and an off-screen monitor to view it. The Sony setup we had was so simple that it allowed me to do it just like that. We used one battery the entire time without having to swap it out once. I was really able to just direct and have more time directly with the client, which enabled me to create something that I can be excited about.”

The video is a textbook case of staying creative within strict time and budget parameters. It’s simple, but with an edge that makes it engaging to the viewer. “At the end of the day,” Davis says, “if I make something, I want to be able to put my name by it and be confident that has something more to it.”

Behind the scenes photos by Evan Paterakis (@evanpaterakis)

Capturing The Soul Of A Music Festival

How Maroon 5’s "Girls Like You" Came To Life

Capturing The Soul Of A Music Festival

How Maroon 5’s "Girls Like You" Came To Life