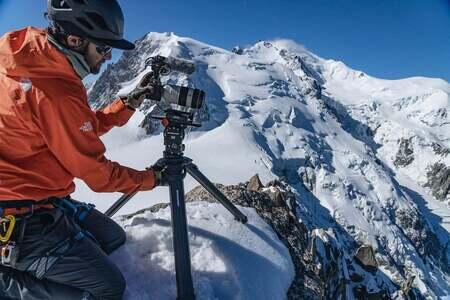 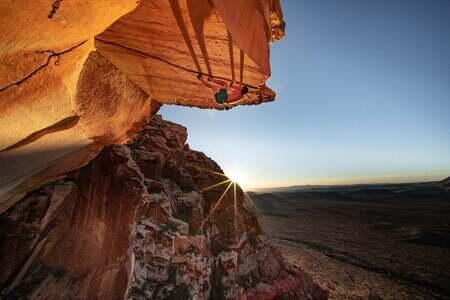 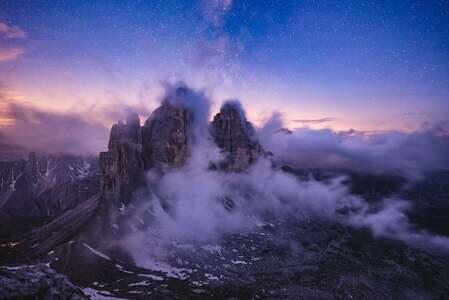 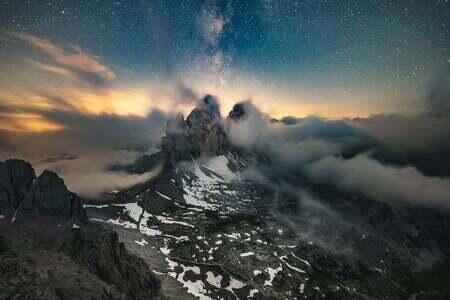 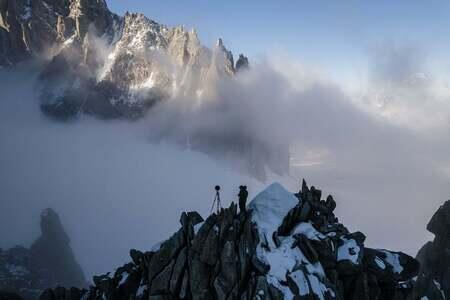 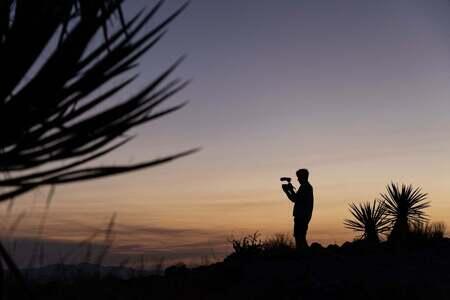 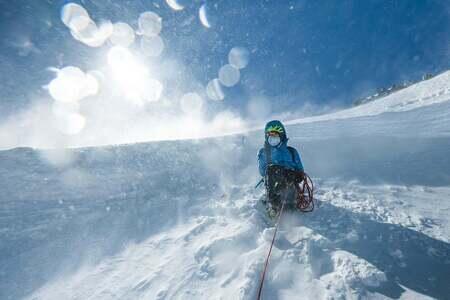 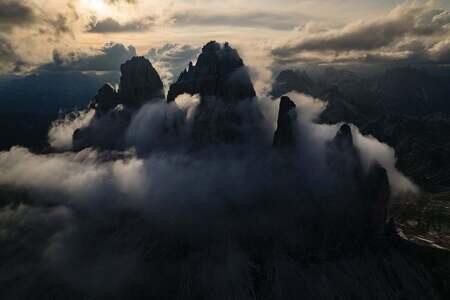 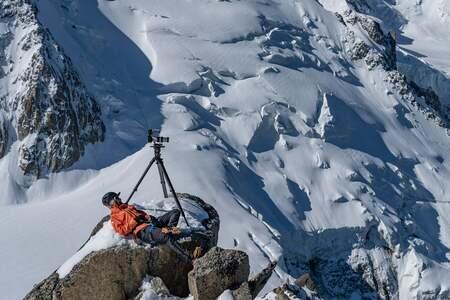 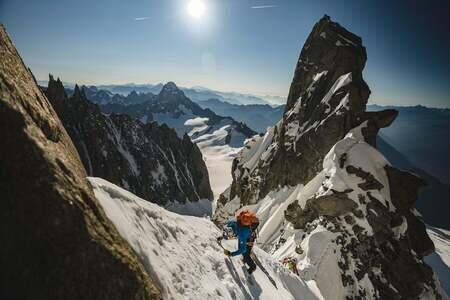 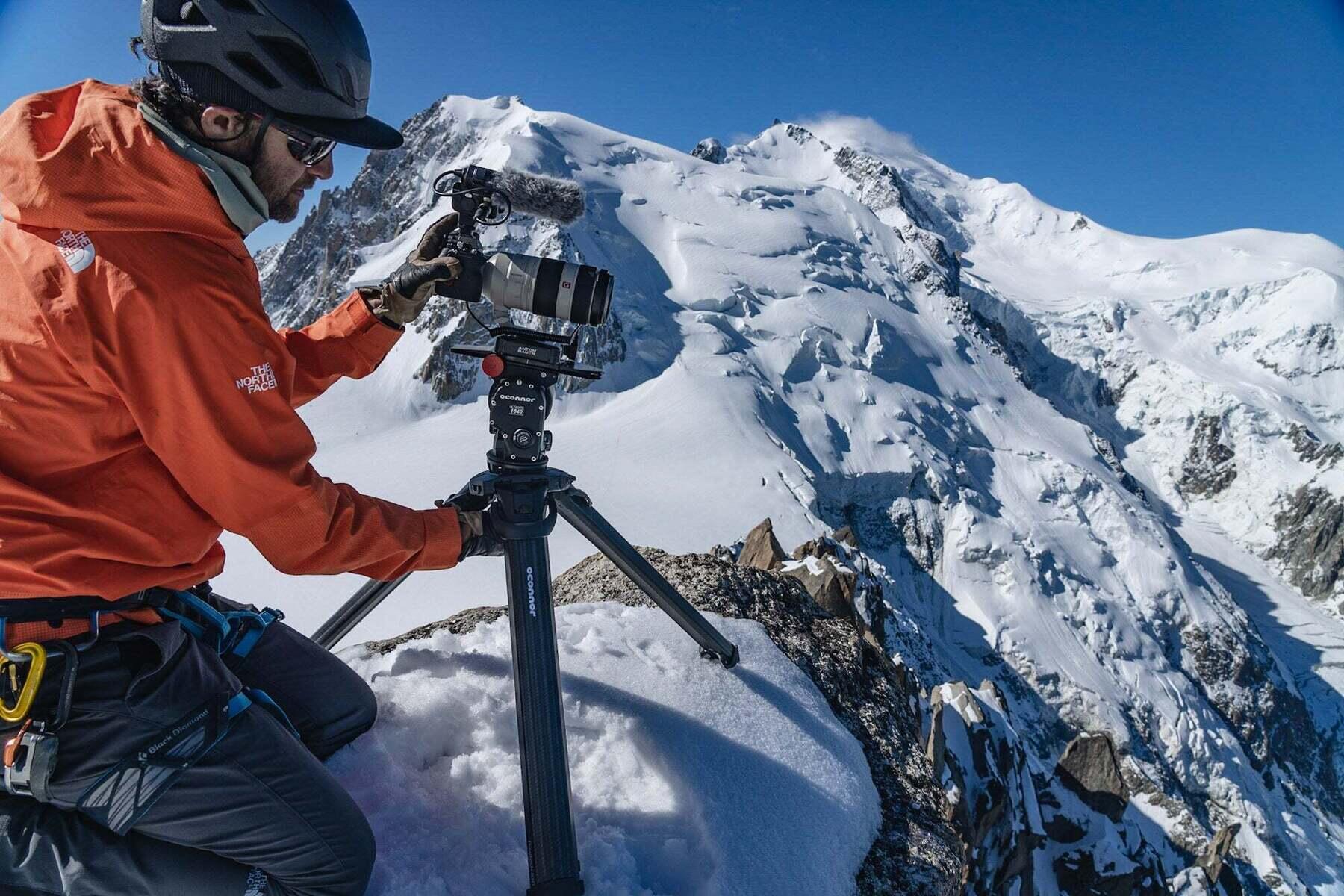 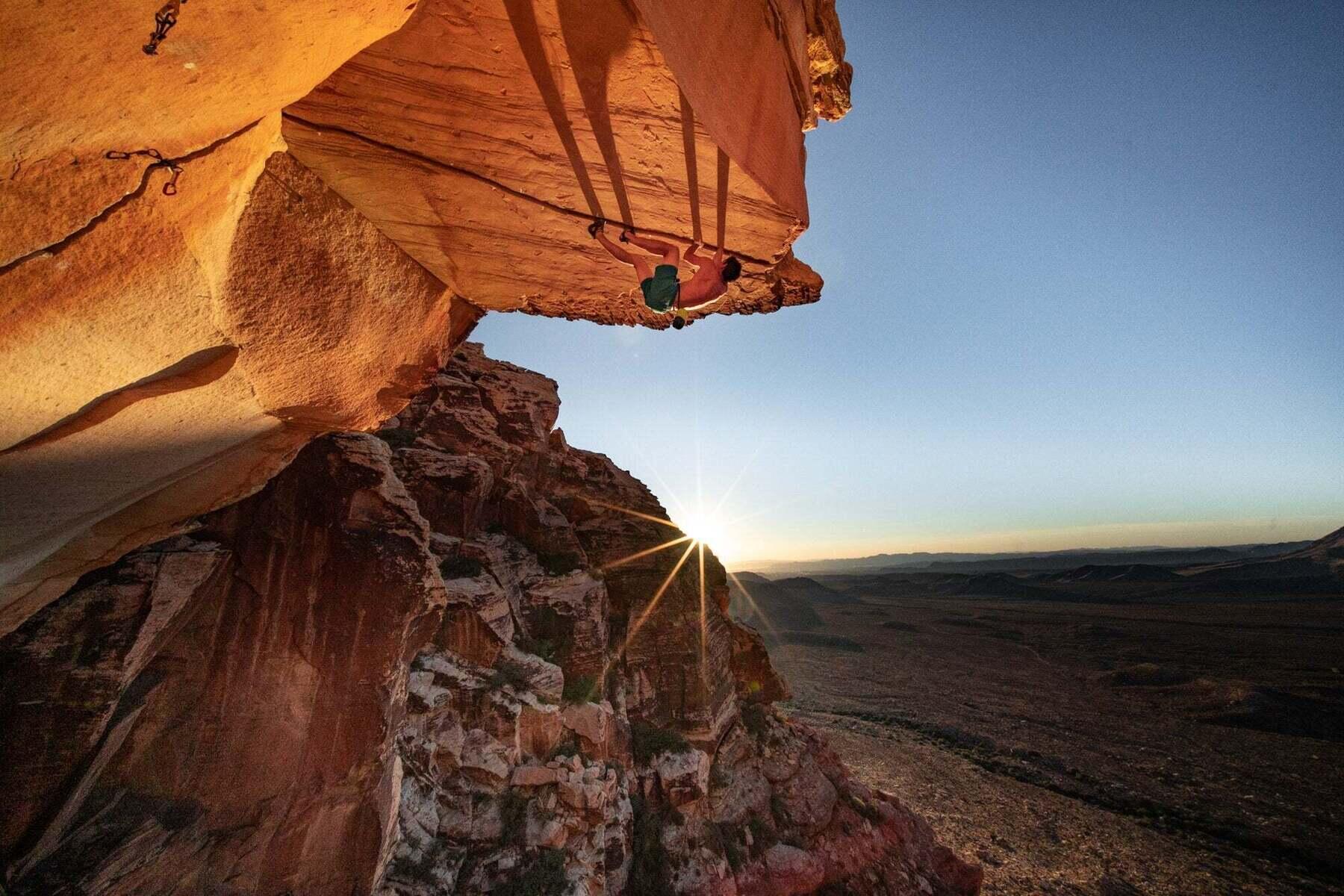 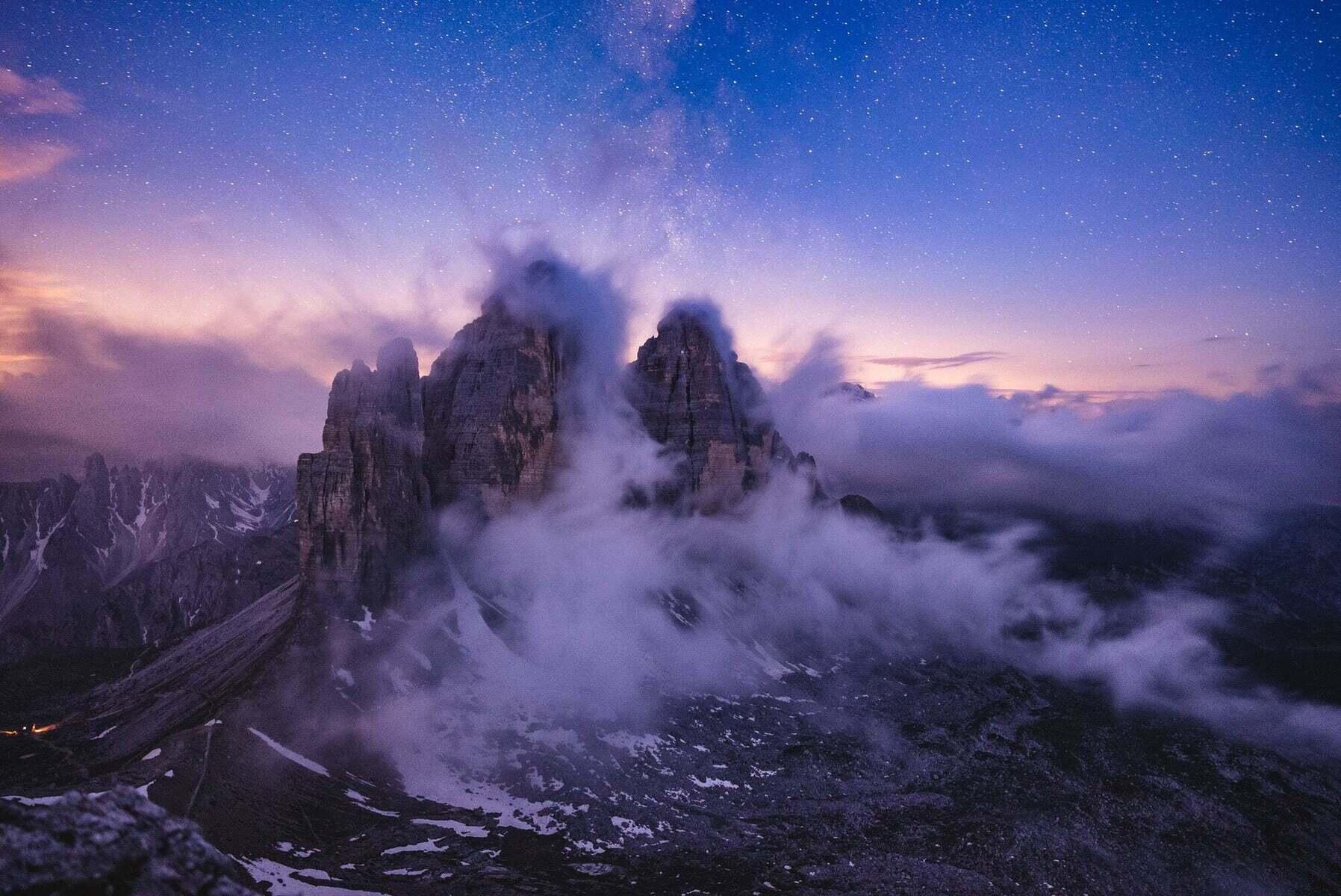 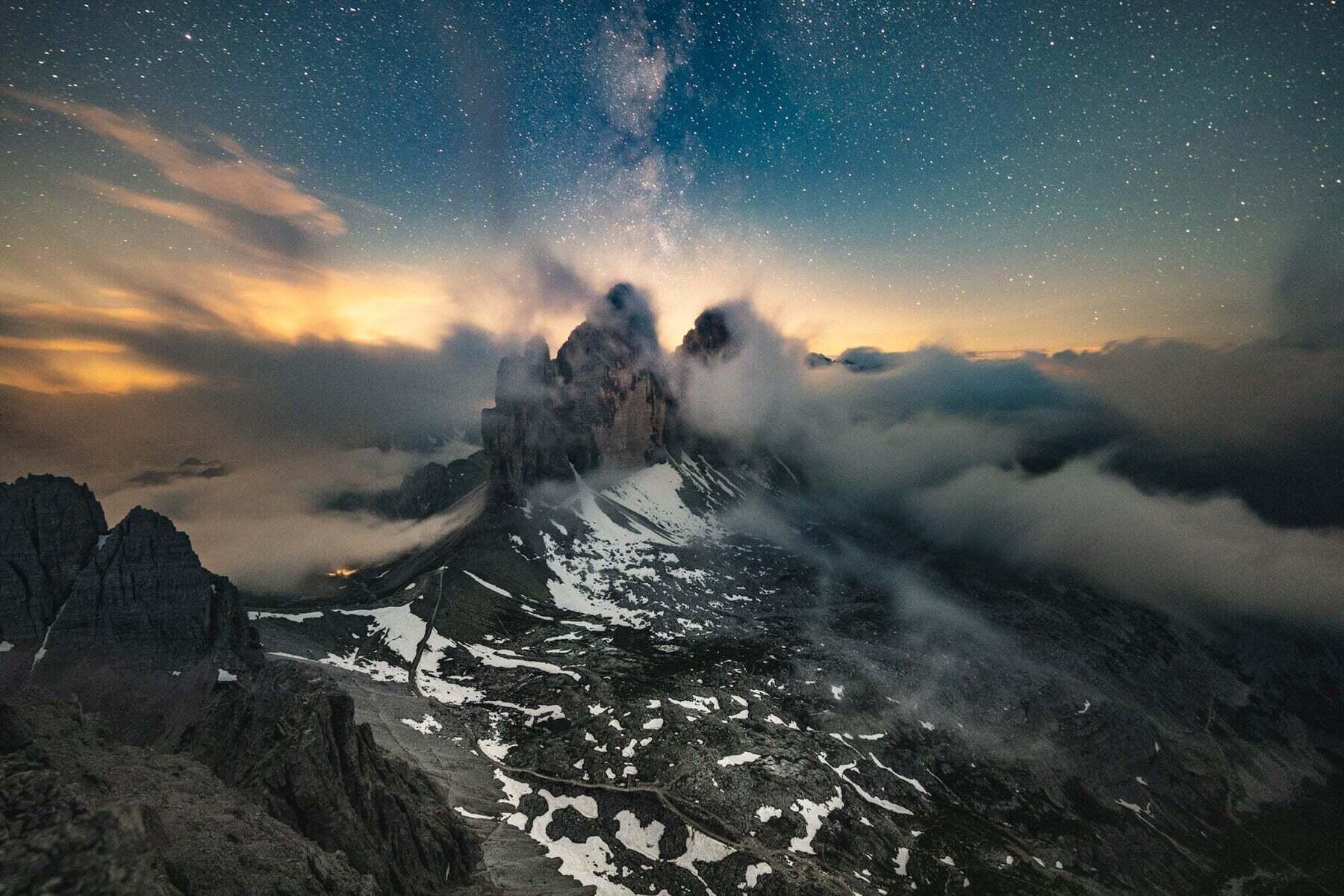 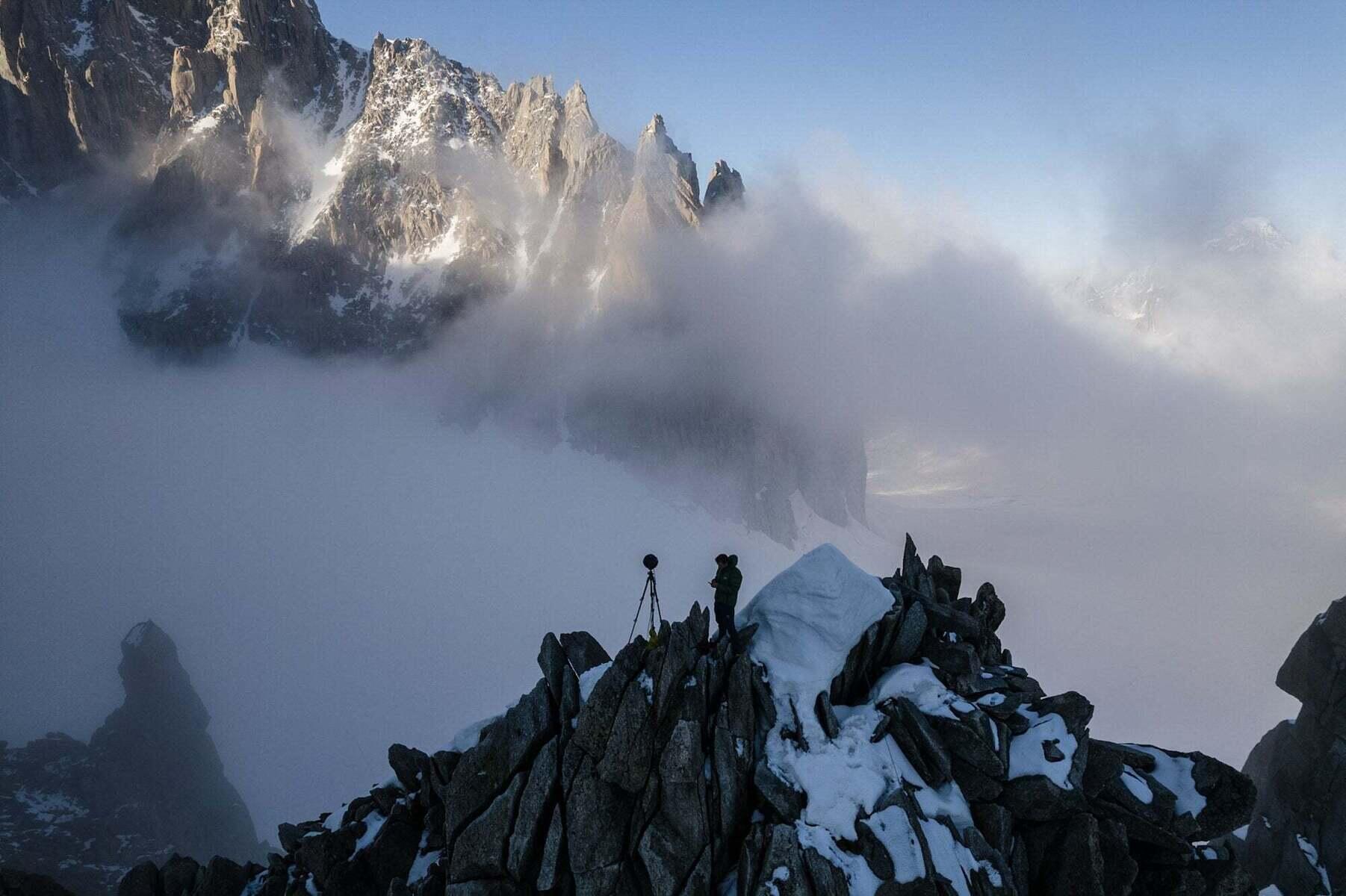 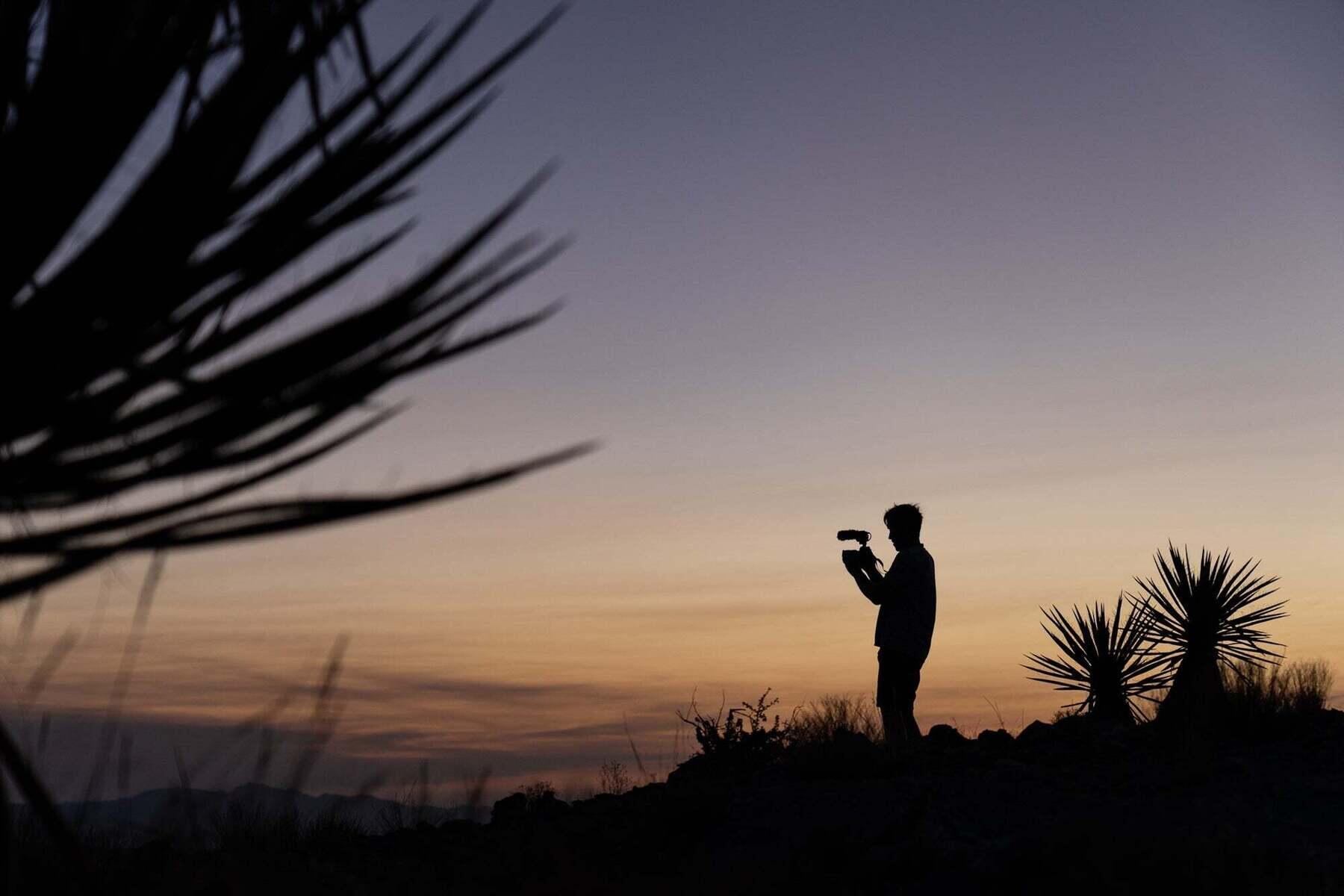 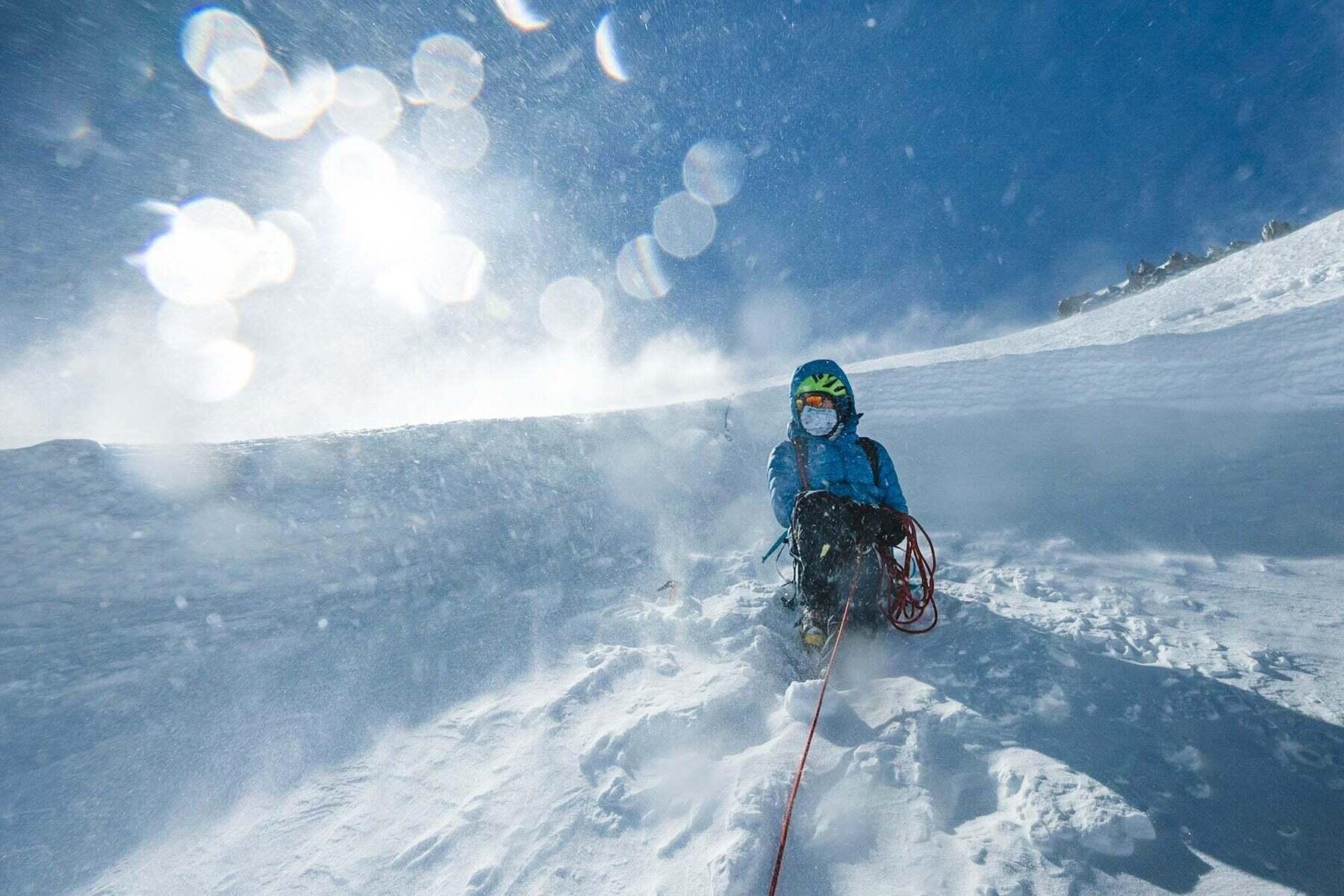 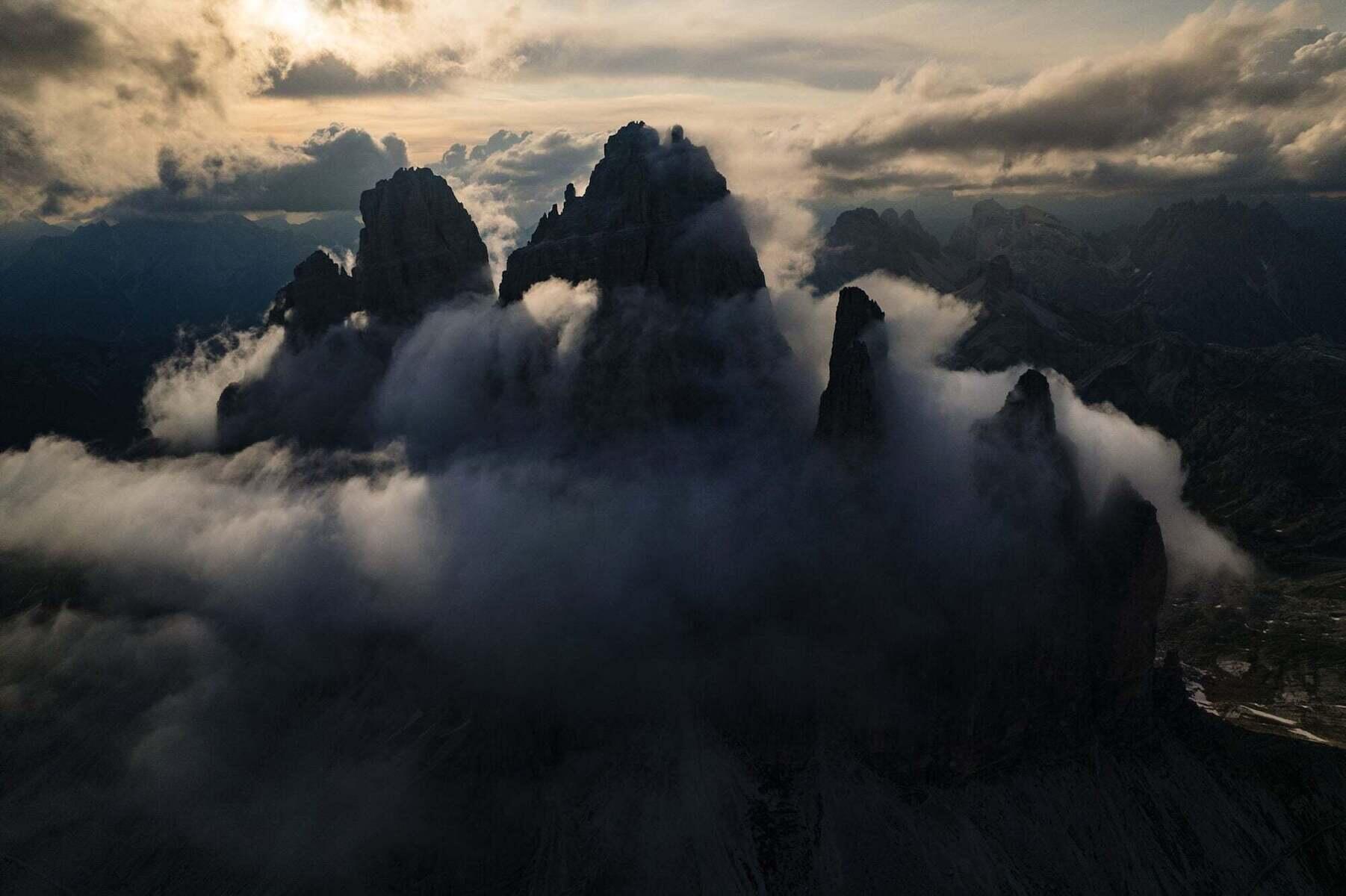 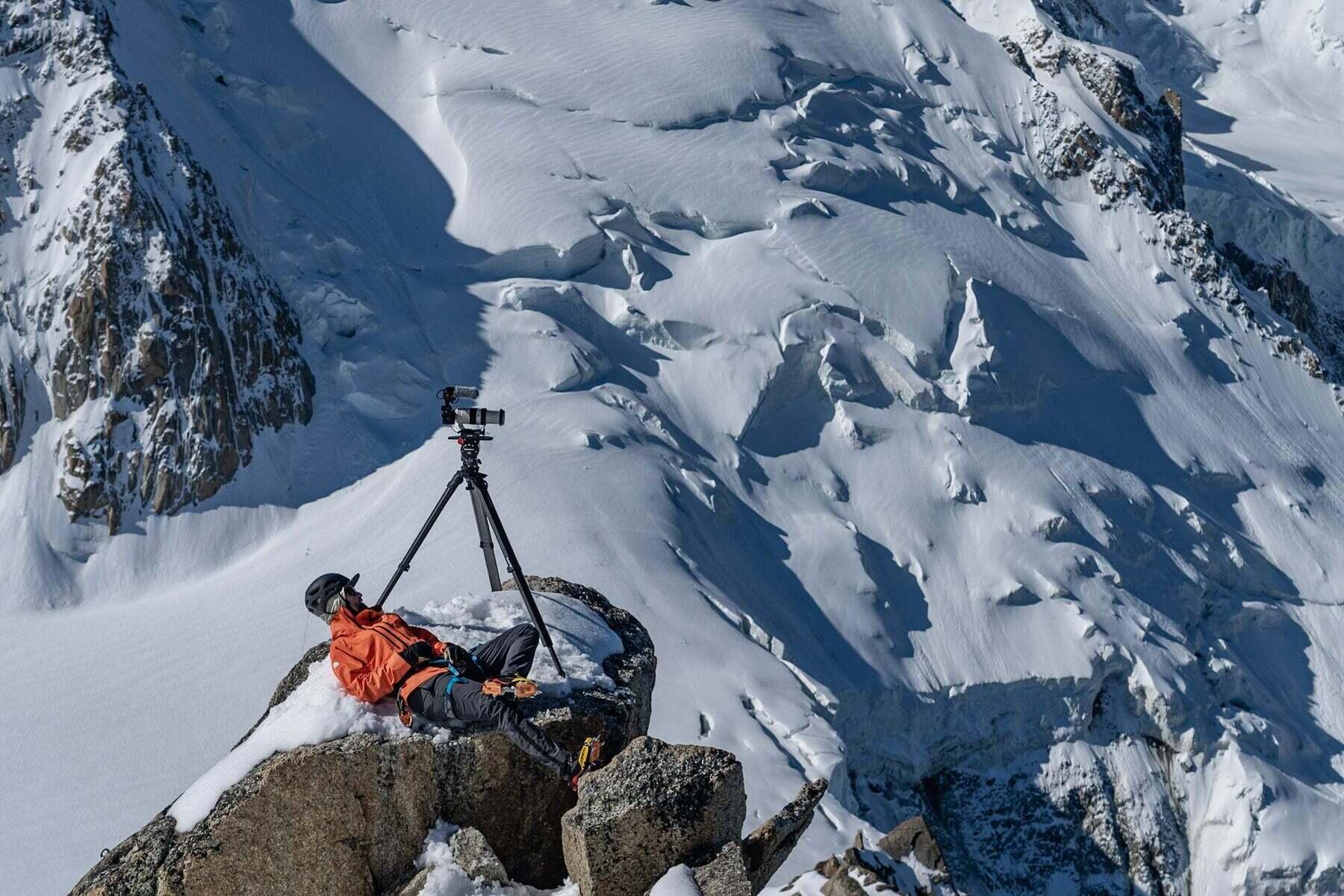 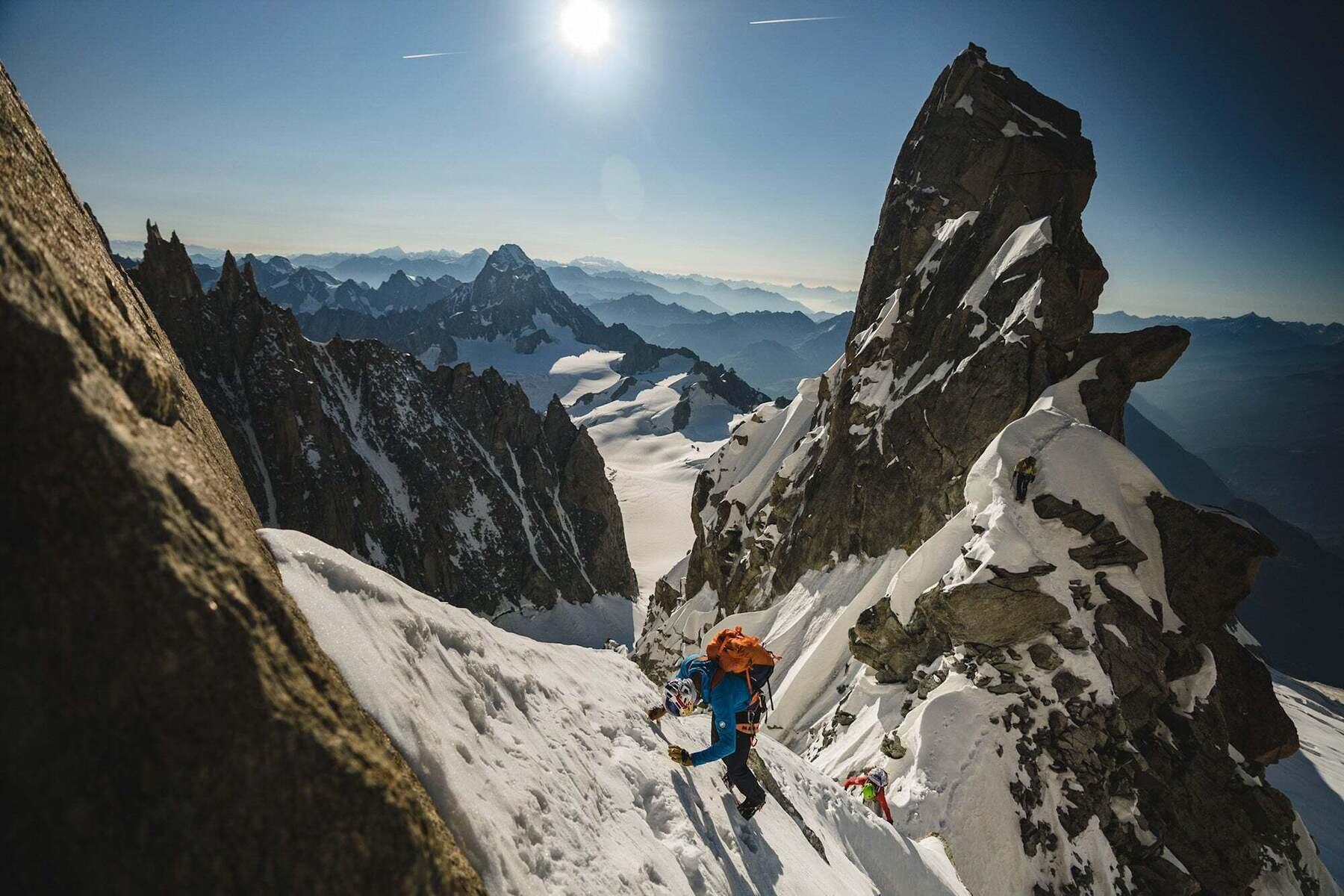 In the summer of 2021, adventure filmmaker and Sony Artisan Renan Ozturk teamed up with professional rock climber Alex Honnold and director Jon Griffith to document Honnold's solo climbing journey throughout the U.S. and Europe. Working alongside the small team, Ozturk was filming the behind scenes story of, “The Soloist VR,” a new two-part virtual reality documentary series premiering on Oculus TV in March. While the film crew hauled cumbersome VR rigs into the Alps and other mountainous locales, Ozturk worked with his more nimble hand-held Sony Alpha camera system to document the epic project. In his Field Notes video, Ozturk talks about how he worked with Honnold and the small production team as they ascended up and down some of the most spectacular and challenging rock walls in the world.

We connect with the adventure filmmaker, alpinist and Sony Artisan to get an up-close, behind the scenes look at the extreme virtual reality of The Soloist VR.

Ozturk is old friends with Honnold as well as with Jon Griffith, the VR director, filmmaker and photographer behind the project. As a way to capture all aspects of the project, Griffith wanted Ozturk to shoot the behind-the-scenes footage of the entire process. “The meat of the shoot itself was not only capturing footage for the feature length VR content for the Oculus headset,” Ozturk explains, “but it was me as a 'one man band' shooting the real reality behind the scenes of the virtual reality.” 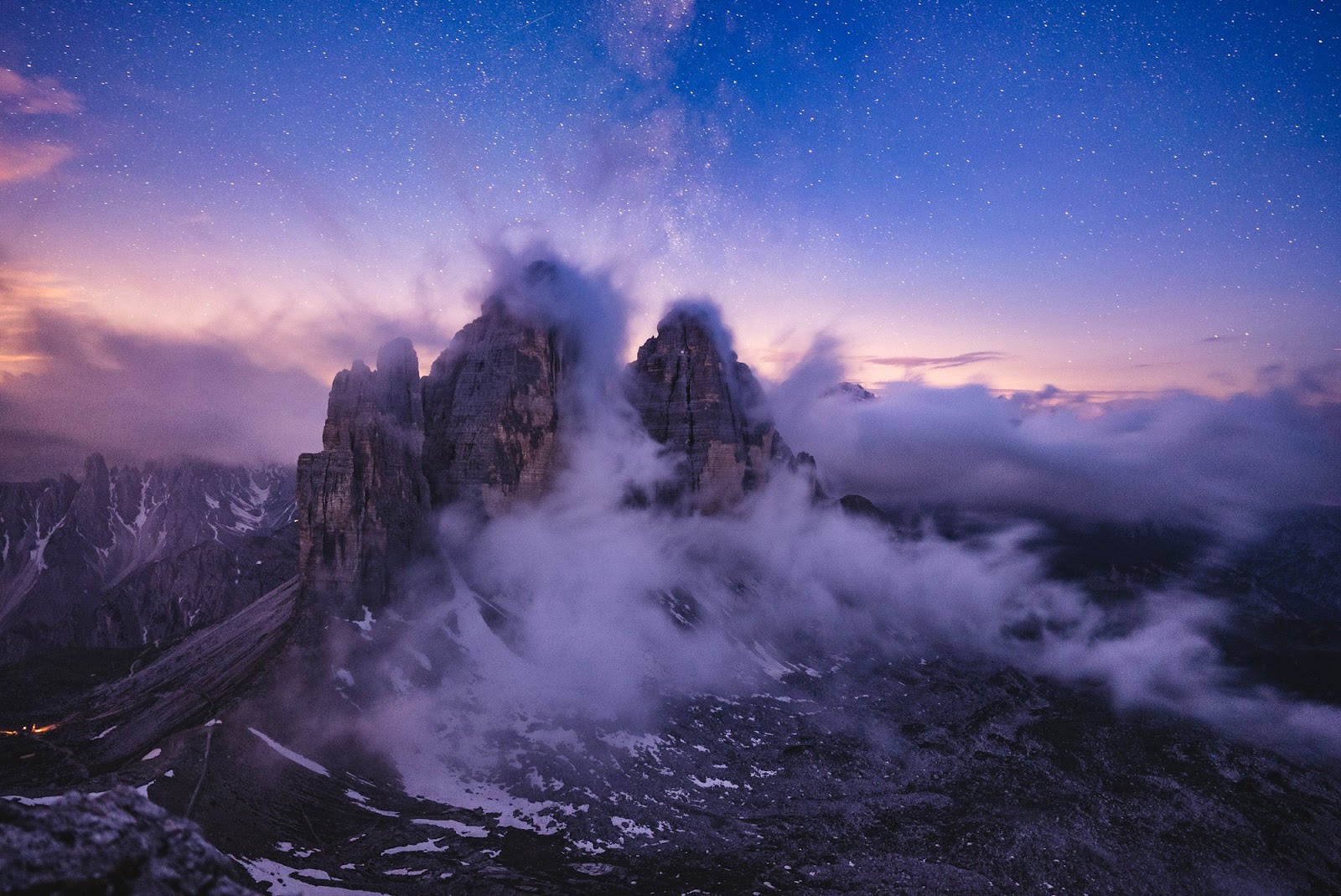 He continues, “Basically the idea was for Alex to take solo climbing to the next level, climbing in the high mountains where things tend to be more unpredictable. We went to some pretty dangerous places and we would take our time and scout them out, figuring out how to capture the perspective with 3D VR cameras. Then I was there documenting that entire process with my Sony Alpha 1 camera.”

One of the main reasons Ozturk got into filmmaking was because the technology was getting smaller, enabling him to go on expeditions like these while still getting cinematic footage. On this journey with his Sony Alpha 1, he used those qualities to his advantage to document everything from Honnold's climbing to the VR team's work with the bulky VR rigs, all while truly being a part of the adventure. And when we say part of it, we literally mean that. In one gut-churning scene, as he's rappelling down a rock wall in the Alps, Ozturk suddenly and unexpectedly drops when his line slackens. 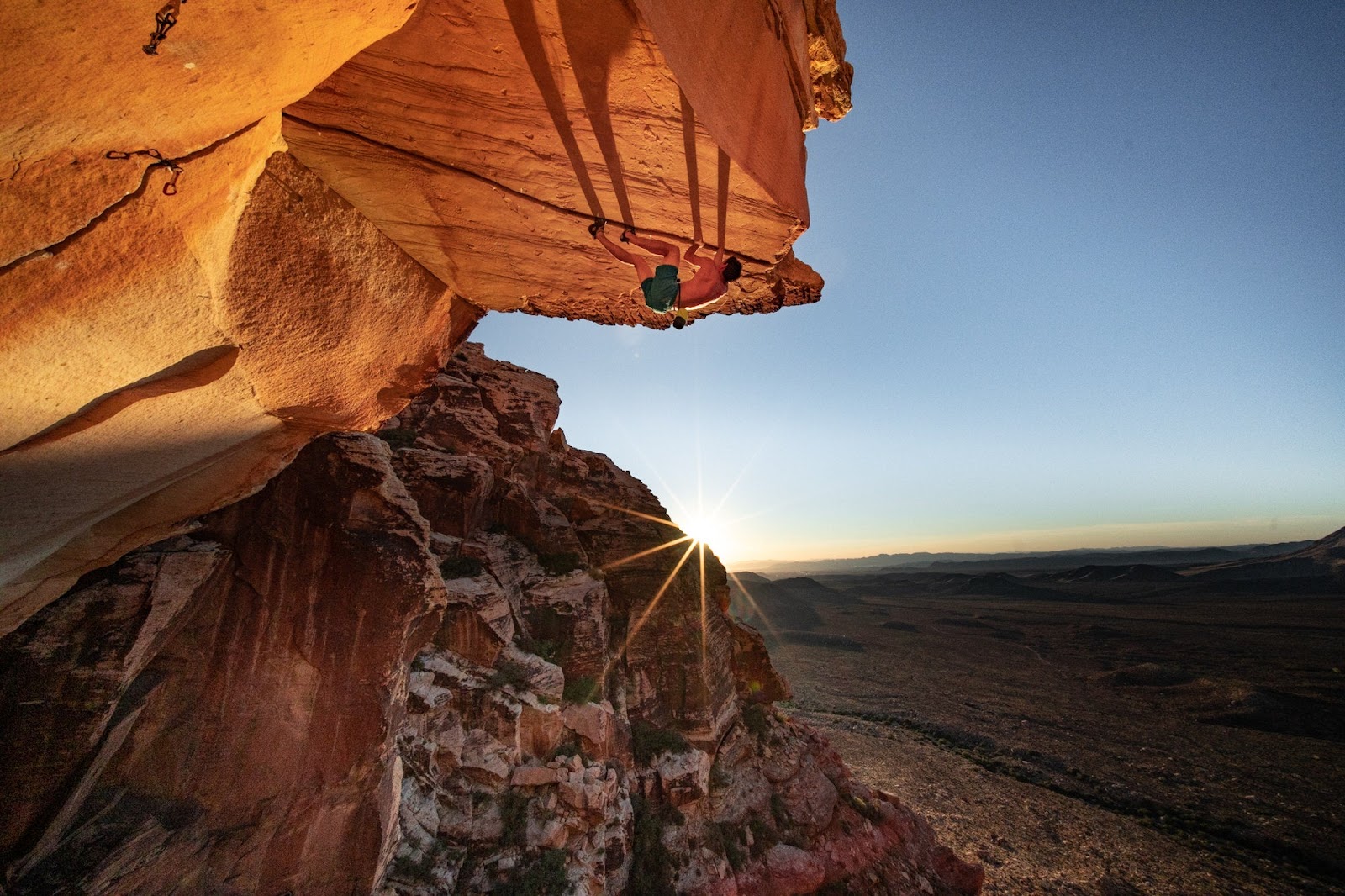 Being in the moment, not just with the team, but as a part of the team gives the viewer a rare and intimate look at all facets of The Soloist VR. For the vast majority of the world, this is as close as they will get to experiencing what it's like to be climbing the sheer walls of the Alps or Yosemite and Ozturk is driven to bring all of his skills and talents to create a visual experience that let's the viewer feel like they were there with him. As powerful as the VR footage is, there's a different, perhaps deeper, reality expressed in Ozturk's footage and imagery that comes from using a small, light camera that becomes a natural extension of his vision and body. “Using the Alpha 1 is just so instant, and tested, and reliable,” he says, “but it’s also cinematic where in a moment I can be flicking it on and capturing a real moment that's happening between people in real time. I don’t have card errors, battery issues or have to clear out of the frame for every shot. Overall, I feel like I'm just living the moment as well as capturing it.”

For Ozturk, a major highlight of this kind of project was just going to some of the most powerful places on the planet. “It was great to just do a project that fed the soul in a way that went back to my roots as a climber,” he explains, “and in pushing the limits of how far you could carry these cameras in the mountains, and these real and serious situations, like hanging above Alex as he’s free soloing. You’re trusting each other with your lives in these situations, as well as knowing that there's a shared desire to come away with something to share, and to create some art that brings others into that world as well.”

Postscript: The actual on-the-mountains footage for The Soloist VR and the behind the scenes documentary were filmed by a small group of adventurer/climber/filmmakers. For them, life in and on the mountains truly feeds the soul, and like Ozturk they are passionate about bringing their experiences to a wider audience. In addition to Griffith, Honnold and Ozturk, alpinist Corrado “Korra” Pesce was a key member of the team. On January 27, 2022, Pesce died in Patagonia shortly after ascending a new route up Cerro Torre. “So surreal after spending most of the summer with Korra,” wrote Ozturk in an Instagram post when he learned of the accident. “He was a shining force for climbing and the history of the art. He was selfless in the hardest alpine moments, stoic, strong…but also soft and hilarious at the end of the day.”