It’s easy to see why drone photography has become so popular over the last several years; they’ve given photographers the ability to see the world in a way that was previously out of reach (literally). Changing your perspective in such a drastic way can allow you to see a place in a totally new way. Drones, however, have significant limitations. It seems that just about every week there’s a new regulation passed, and even if you do find a place where it’s totally safe to fly, your drone can still only explore as far as it’s effective range allows. Also, unless you're shooting with a big commercial drone (which is akin to a flying lawnmower), you can't use a "real" camera. Even a Sony α7R III which is smaller and lighter than a DSLR is too big for most drones.

This is where helicopters have a clear advantage. They can legally fly well above 400 feet AGL (Above Ground Level), they can cover far more ground, and you can use your “real” camera and interchangeable lenses to get the best images possible. 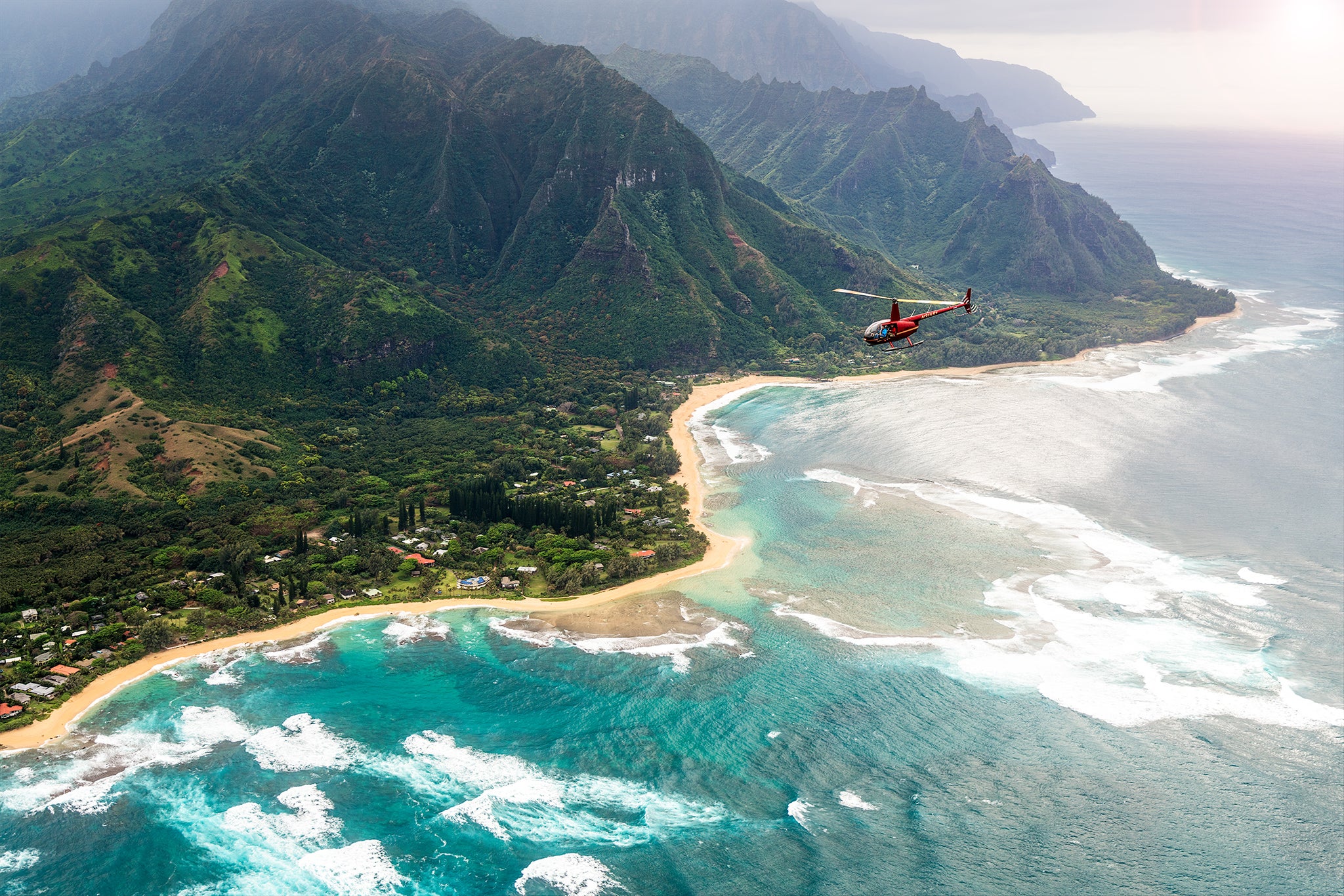 Doors-off helicopter tours are one of my all-time favorite ways to explore both new places and places I want to see anew. If you’ve never been on a doors-off helicopter tour, I would highly suggest booking one as soon as possible! Even if it’s just flying over a nearby city, it will be an incredible experience. Just make sure you go around sunrise or sunset to get the best light if possible!

On your first flight, there are some crucial things you need to know to ensure your success and safety. I made this video to go over those things.

For the best photos, you definitely want to be shooting from a helicopter with the doors off. Do not book a helicopter tour where you're having to shoot through glass. The glass creates glare and significantly degrades your photos. If you don't have any other choice and you have to go doors on try using a circular polarizer. You can spin that and hopefully cut through some of the glare, but if at all possible, go doors off

Like anything in landscape photography, you need to dress for the situation. If you are going on a helicopter tour of Kauai, for example, you’ll be going from sea level all the way up to about six thousand feet in the air. Temperatures drop substantially when you get up there. If you don't dress warm you're going to be freezing the whole time. I suggest always wearing long pants and some sort of windbreaker or rain jacket.

Straps On Hoods Off

It’s a cardinal rule on a helicopter flight to have a strap for every camera you bring on board. Even if your helicopter company is a bit lax with this rule, it's my opinion and my experience that it’s best play it safe and have a strap for everything. That goes for my full-frame Sony α7R III to my pocketable Sony RX100. There’s a term in aviation called FOD (Foreign Object Debris) and in helicopters that's just a big no-no. You don't want any chance of an object flying out of the helicopter and getting sucked into the tail rotor so keep everything attached to you.

Hoods off refers to lens hoods. You don't want to bring the lens hoods for two reasons. First of all, there’s a wall of air that is going to be shooting down from the rotors and if your doors are off, wherever the frame of the helicopter ends, that's where the wall of air is. So if you're shooting inside the helicopter it's fine, but as soon as you lean out a bit, you're going to hit that wall and it's going to push you down. I still do it all the time when I see something amazing and I lean out a bit. If you have a lens hood on your camera, it’s basically just a huge bowl that you're sticking out there and it's going to catch that wind even more and there's a chance that it could rip the lens hood right off and suck it into the tail rotor. You don't want that the pilot doesn't want that. Nobody wants that.

You really want to go with a fast shutter speed from a helicopter. I usually suggest around 1/500-sec or faster. To achieve that, you have can either shoot in aperture priority mode with ISO on Auto or you can start out around ISO 400 and see what kind of shutter speed that's giving you. If you shoot wide open in Aperture Priority, you're always going to have the fastest shutter speed available based on your ISO. So if you're shooting at f/4 and ISO 200, but you're only getting 1/100-sec., that means you need to increase your ISO to get up to 1/500-sec. and then just keep shooting wide open. The other thing you can do is shoot in Shutter Priority and set your shutter speed to 1/500-sec., and if you get like an exposure warning you change your ISO.

The only caveat to this is, if a helicopter or airplane enters your shot with its spinning propeller or rotor, 1/5—sec. is going to freeze those propellers or rotors in place you don't want that. For aircraft in the sky you want a nice blur to the prop or rotors. To do that, you'll need to bring your shutter speed down to 1/100-sec.or 1/80-sec.At that shutter speed, you’ll have a few more misses than you normally would if you shot at a faster shutter speed so shoot a lot of frames…which brings me to the next point…

With all of the vibrations and shaking going on in a helicopter, definitely shoot in burst mode. Go ahead and ‘spray-and-pray’ especially if you're shooting at the slower shutter speeds to blur props or rotors. The thought here is that no matter how good you are, you're going to have some blurry shots on these helicopter rides so shoot in burst mode and take three, five or more shots anytime you point your camera at out the door. Do that and you stand a much better chance of getting some sharp images in the burst.