Every year Sony Artisan Nino Rakichevich travels to Paris for Fashion Week. Known for getting q unique and intimate look at the global fashion extravaganza, Nino sees what others miss. In his bag this year, he had the new Sony α9. He doesn't carry a ton of gear and everything has a purpose. Nino shares his thoughts on why each item makes it into his bag in Paris. 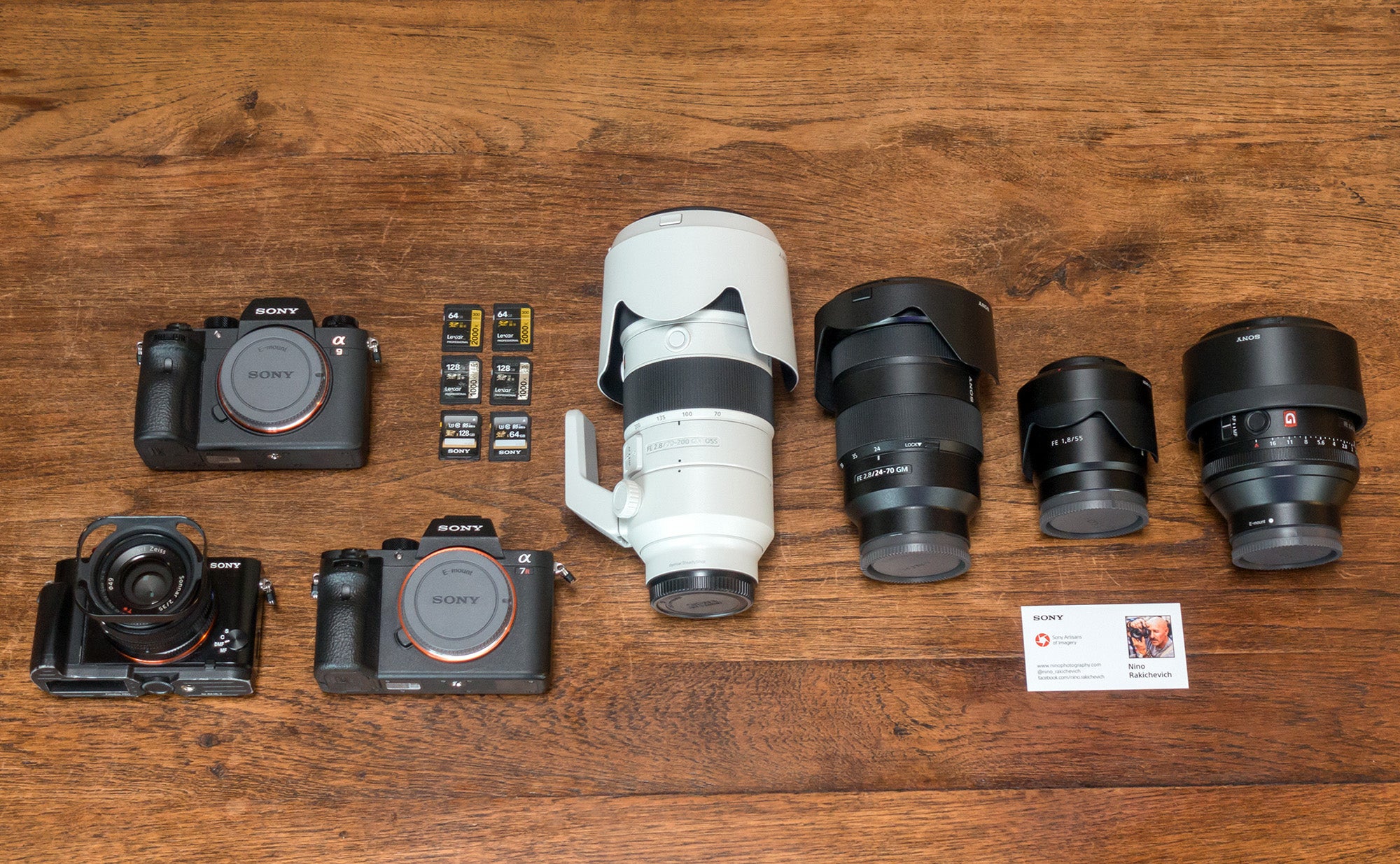 I brought three cameras to Paris to photograph Fashion Week. The α9, of course, the α7R II and the RX1R II.

Sony α9: I was very excited to have the α9, because it came out, just before I left for Paris. Among the photographers in Paris, I’m known as a Sony guy and I wanted to make sure I had this camera when Fashion Week started. In addition to wanting to be shooting with the best camera, I knew there would be a lot of questions from my friends and colleagues there. Shooting Fashion Week is a mix of runway, backstage and street style. There’s a lot happening and much of it very fast in challenging conditions. Backstage is my main thing because I really don't want to have the same photos that all the other photographers get on the runway. I wanted the α9 for its speed, autofocus, small size which is very helpful backstage, and overall performance.

Sony α7R II. My second camera number is my trusted α7R II. It’s an amazing camera with its 42 megapixel sensor. Last year I had two of a7R II bodies, but since I had the α9 this year, I only needed one α7R II.

Sony RX1R II: Camera number three is my RX1R II. That's the camera that I always have with me. Even when I'm not on a professional job, I always have the RX1R II. At Fashion Week, it goes around my neck, where it's always ready. If I see something, I don't need to pull out the big lens or anything, the RX1R II is there.

Sony 70-200mm f/2.8 G Master. I use this lens mostly for shooting runways, and when I shoot runways, I always shoot wide open at f/2.8. I'm amazed how well this lens performs wide open.

Sony 24-70mm f/2.8 G Master. I use this one a lot because it just works. It's a perfect range, and for backstage, when I'm in a very small area, it's good to have the 24mm Then at 70mm it works really well for portraits. I can pretty much do anything with this lens.

Sony 55mm f/1.8. I love this lens. It’s the first full frame lens that I bought for my Sony cameras. I think I will always keep it. It's just so sharp, it's light and it has really nice bokeh.

Sony 85mm f/1.4 G Master. Of course, I love this lens. It's amazing for portraits and has beautiful bokeh. I use the 85mm a lot for runways where I shoot with it wide open. It really blurs the background nicely. I also use it for backstage portraits when I have the space.

Memory cards: For the α9, I use the very fast cards. I use Lexar as well as Sony cards. They're just reliable.

Business cards: I’m proud to be a Sony Artisan and I carry my cards with me and I’m happy to connect with people who want to ask me questions.