The World Photography Organization has revealed the finalist and shortlisted photographers in the Professional competition for the Sony World Photography Awards 2021. Over 330,000 images from 220 territories were submitted across the 2021 Awards’ four competitions and more than 145,000 were entered into the Professional competition’s 10 categories – the highest number of entries to date. Learn more about the photographers in the official release below and stay tuned for future announcements, with the final winners announcement occurring via livestream on April 15.

See the finalist and shortlisted photographers in the Professional competition for the Sony World Photography Awards 2021. 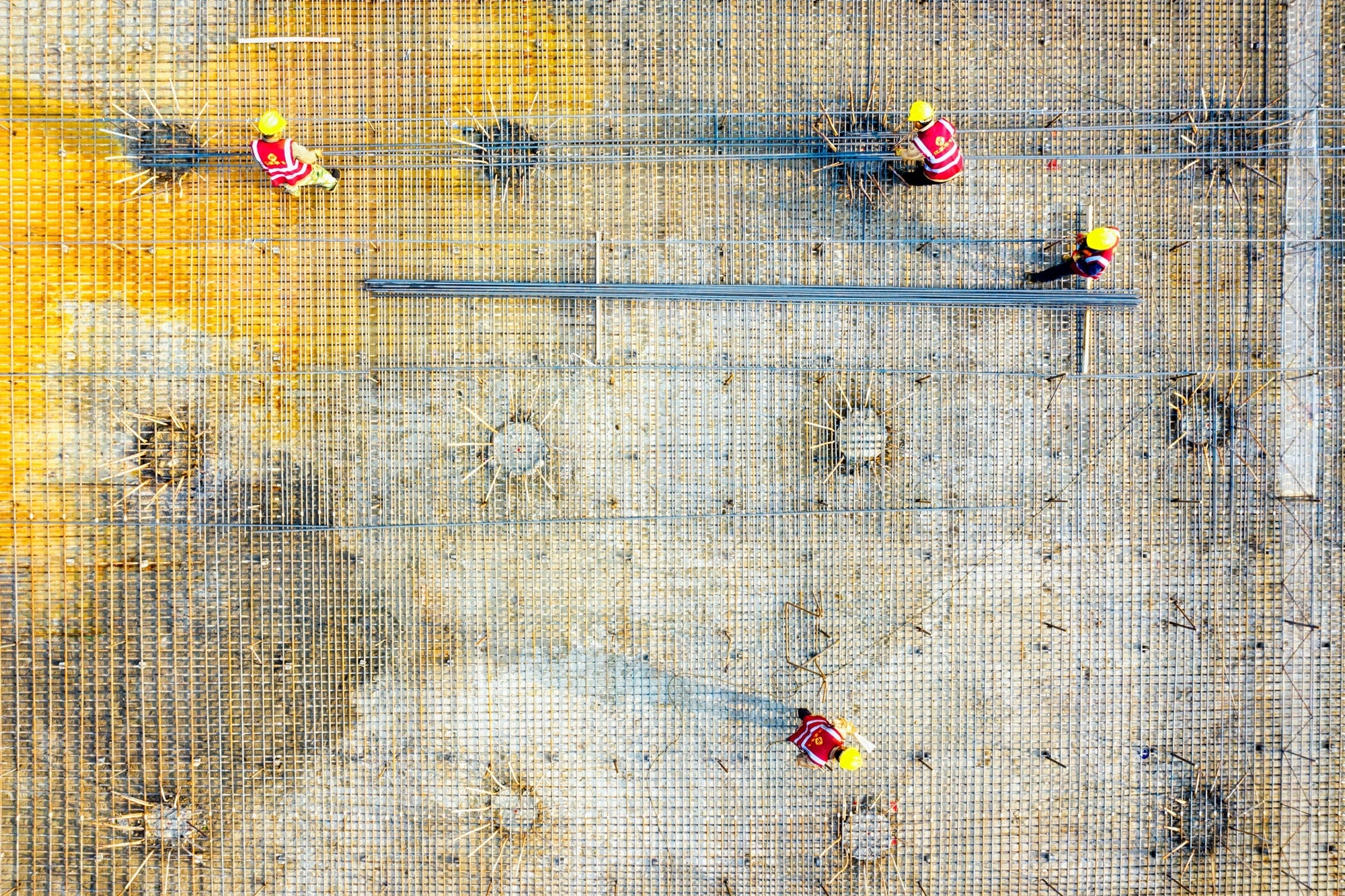 Using family heirlooms to create staged visual metaphors Sasha Bauer (Russian Federation) explores her family history through the prism of her grandfather’s tumultuous life – from growing up in an orphanage to his years of service in the Russian army. Ampelio and I by Luigi Bussolati (Italy) features photographs found in an old family album and projected onto the landscapes of Parma and along the river Po. The project was conceived in memory of Bussolati’s uncle, a passionate photographer himself who in 1942 tragically took his own life. In Mark Hamilton Gruchy’s (United Kingdom), The Moon Revisited, previously unprocessed pictures of the Apollo missions from NASA and the JPL were combined with copyright free images which reference key periods in history, from past wars to the pop art movement to  the current pandemic. The resulting composites contrast the unchanging surface of the moon with the always dynamic pace of events on Earth. 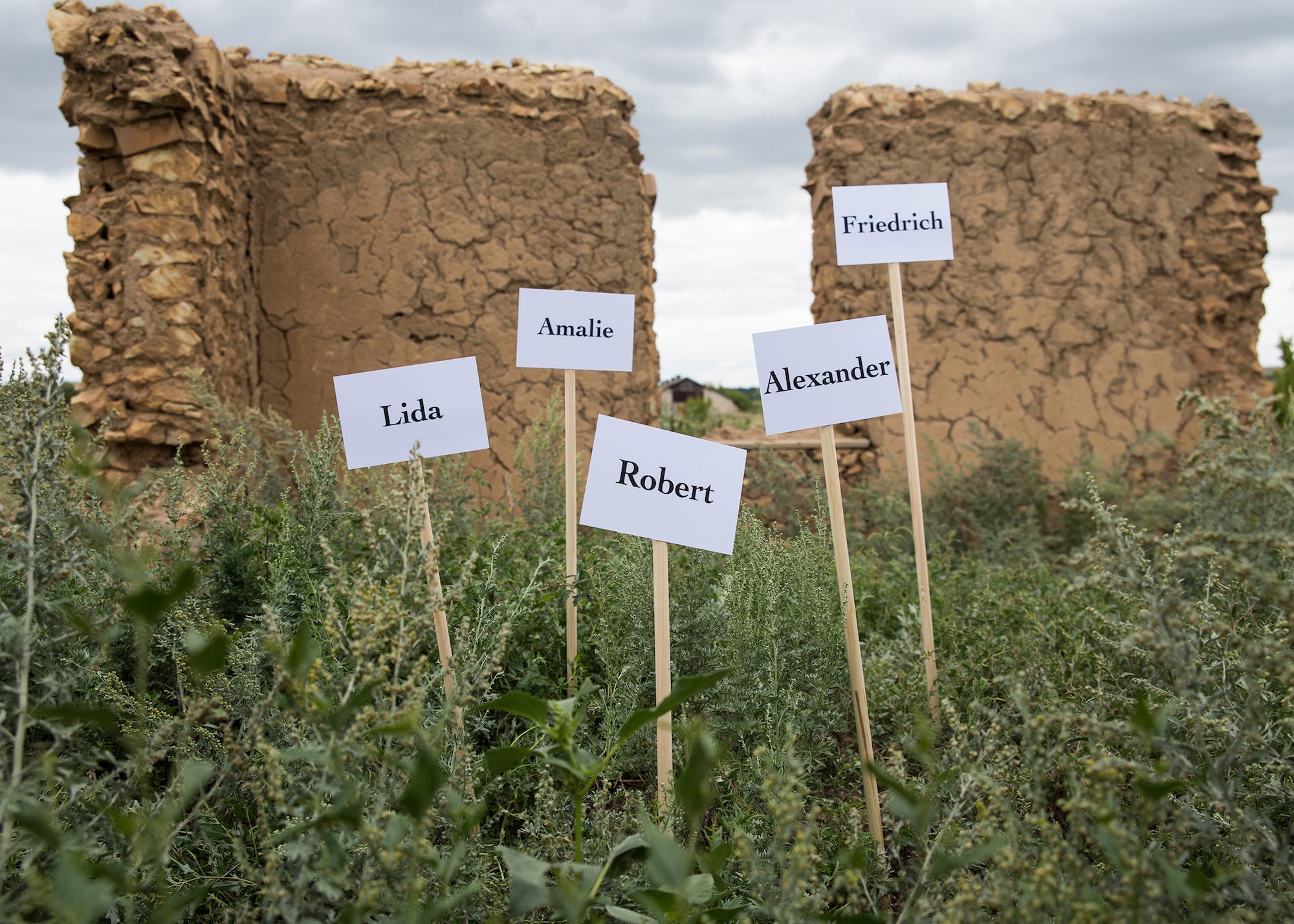 In Thatcher’s Children, Craig Easton (United Kingdom) investigates the chronic nature of poverty and the effects of successive governments’ social policies as experienced by three generations of one family in the north of England. The Killing Daisy by Vito Fusco (Italy) focuses on the pyrethrum, also known as the ‘flower of death’. This delicate but deadly-to-insects daisy stands at the centre of a thriving organic insecticide industry in Kenya. Lorenzo Tugnoli’s (Italy) powerful Beirut Port Explosion documents the devastation in the aftermath of the explosion that shook Beirut in August 2020, when 2,750 tons of ammonium nitrate detonated in the city’s port, killing hundreds and injuring and displacing thousands. 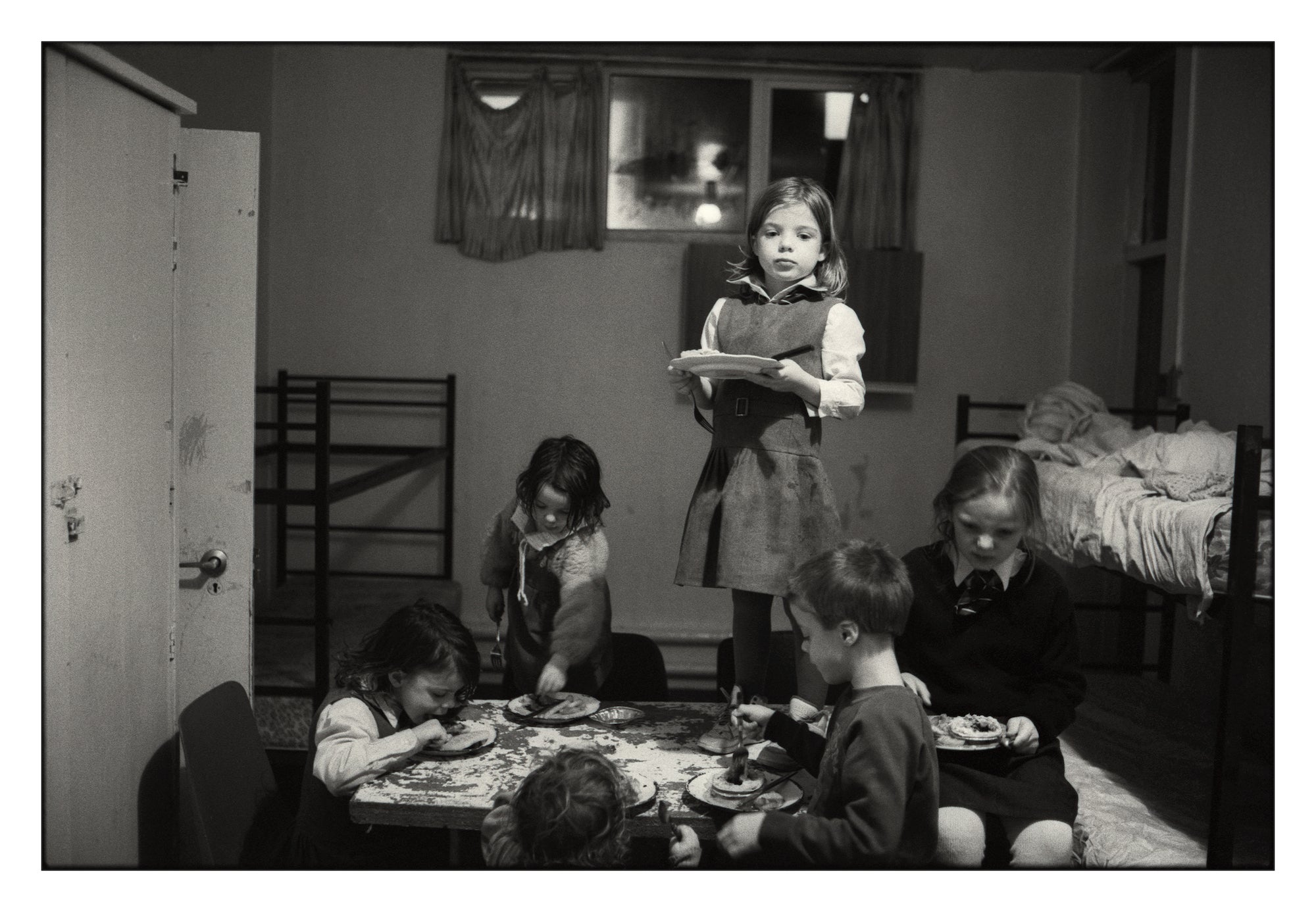 Mohammad Hossein Madadi’s, (Islamic Republic of Iran) A City Under Dust Clouds features the cityscapes of Ahvaz, one of the world’s most air polluted cities, covered under a sepia cloud of dust and contamination. In The Sea Moves Us, the Sea Moves Fuvemeh, Antonio Pérez (Spain) presents the inhabitants of Fuvemeh, a small fishing village in Ghana, in a series of portraits juxtaposed with photographs of their abandoned homes, now lying in ruins due to rising sea levels and coastal erosion. Net-Zero Transition by Simone Tramonte (Italy) explores Iceland, a country which now produces  100% of its electricity from renewable sources, as a successful case study for other nations looking  towards a more sustainable future. 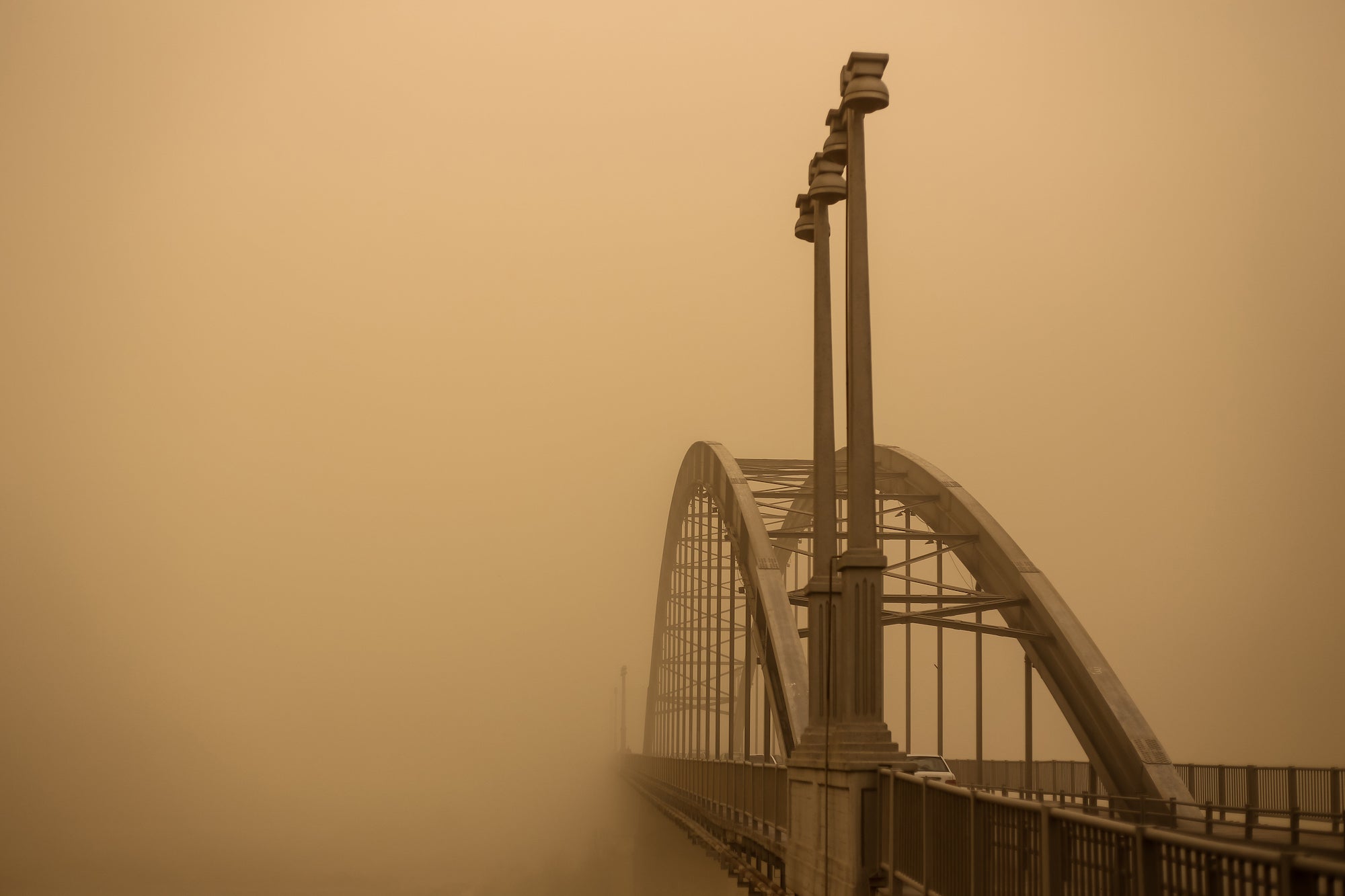 In Silent Neighbourhoods, Majid Hojati (Islamic Republic of Iran) presents a series of landscapes centred around deserted structures that in their quiet stillness poetically evoke the stories of those that once inhabited them. Zaïm by Andrea Ludovico Ferro (Italy) explores notions of iconography and devotion as expressed in the political propaganda posters that dominate the urban landscapes of Tripoli, Lebanon. Volcano by Fyodor Savintsev (Russian Federation) depicts the vibrant colours, natural diversity and otherworldly qualities of the volcanic belt in the Kamchatka Peninsula, Russia. 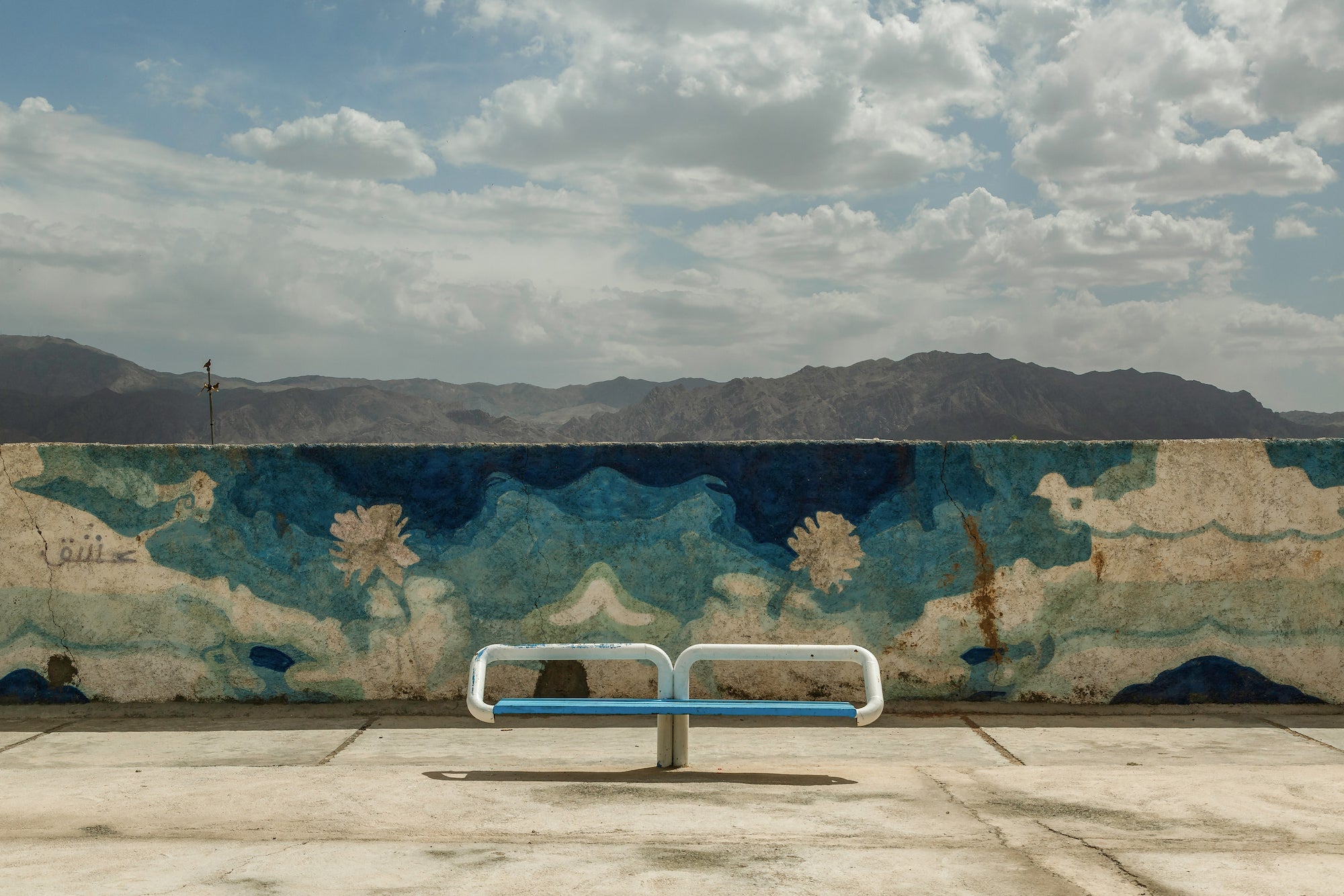 Taken in and around his hometown of Ourense in the region of Galicia, photojournalist Brais Couto (Spain) presents a series of poignant and dramatic scenes exploring local events and issues ranging from the effects of the pandemic to forest fires and carnival season. In Citizens of Tomorrow, creative director and photographer Loli Laboureau (Argentina) contrasts statured and lively street scenes of the world as ‘we used to know it’ with colourful and dramatically staged portraits depicting the ‘new normal’. In images taken from a variety of personal projects, social documentary and portrait photographer Laura Pannack (United Kingdom) uses symbolism and a muted colour palette to evoke vulnerability in and intimacy with her subjects. 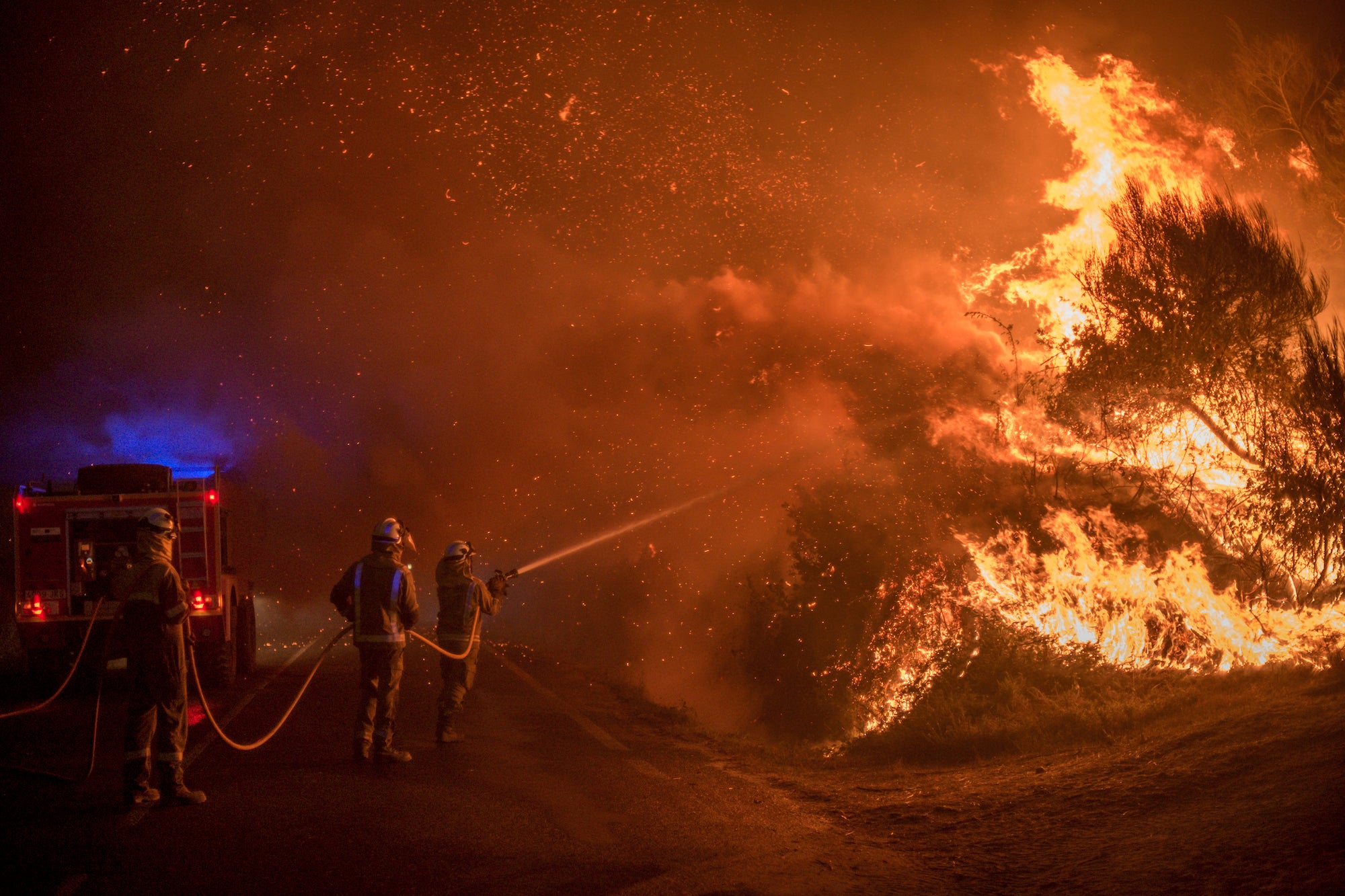 For his second shortlisted project Craig Easton (United Kingdom) presents Bank Top,  a collaboration with writer and academic Abdul Aziz Hafiz, examining the representation and misrepresentation of communities in northern England, specifically looking at the residents of one tight-knit neighbourhood in Blackburn. In Looking Out from Within, 2020 Julia Fullerton-Batten (United Kingdom) took to the streets of her local area of West London to document her neighbours in their state of lockdown – meticulously staged at the windows of their homes while forlornly staring out. Inspired by John Houston’s film The Misfits (1961), Drag Queen Cowboys by Jane Hilton (United Kingdom), comprises black & white portraits of Las Vegas Drag Queen performers photographed in ‘Western’ outfits against Nevada’s desert backdrop. 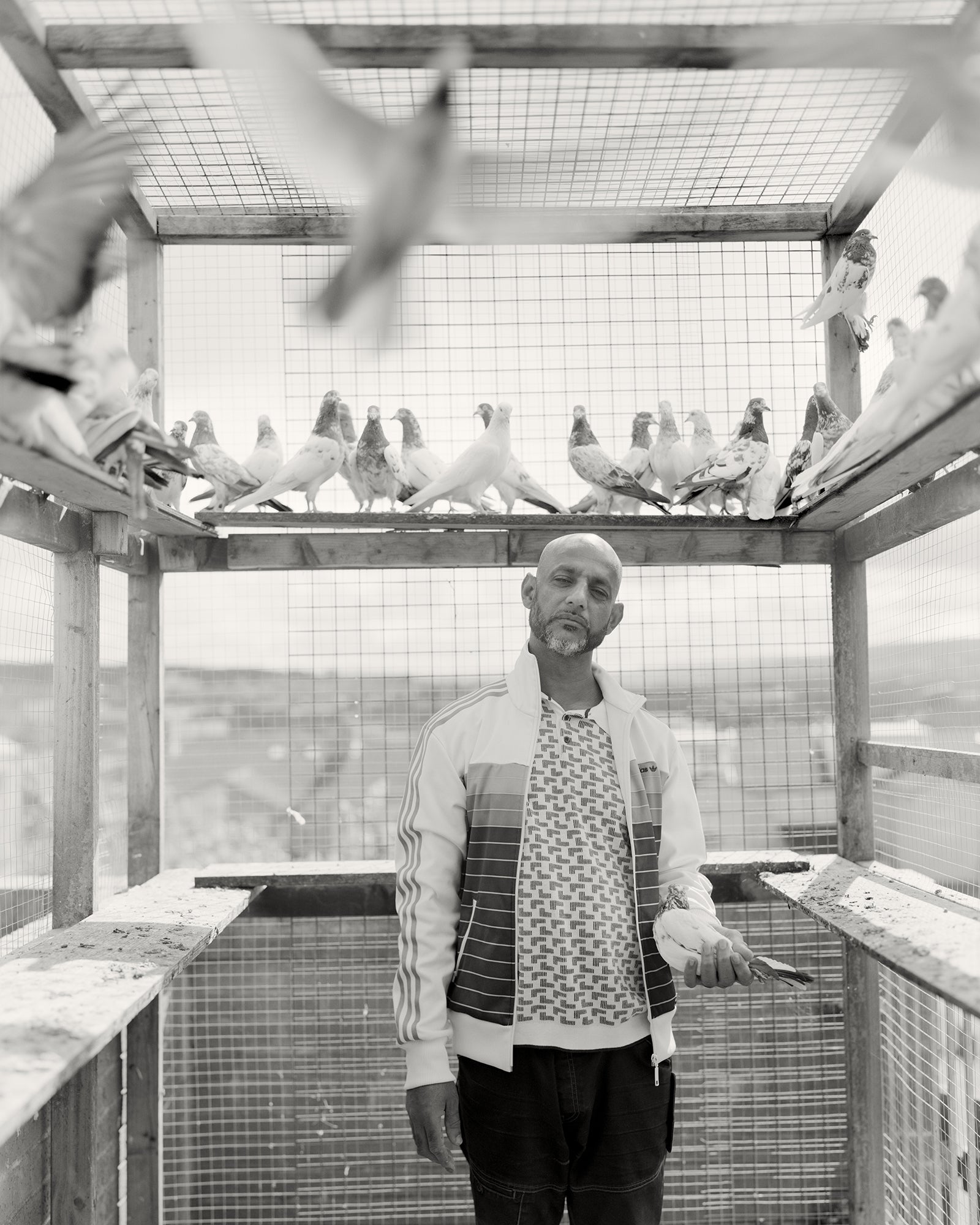 In Sport and Fun Instead of War and Fear, Anas Alkharboutli (Syrian Arab Republic) movingly documents Wasim Satot’s karate school for children in the village of Aljiina, near Aleppo, where boys and girls, aged 6 -15 years-old, with and without disabilities, come together to form a community and overcome the traumas of war. Iron Fit Kenya by Patrick Meinhardt (Spain) depicts athletes from across East Africa taking part in the second Iron Fit Bodybuilding competition in Nairobi. Rooftops by Farzam Saleh (Islamic Republic Of Iran) captures Iranian athletes as they take to the rooftops of their city to maintain a regime of health and fitness during the pandemic. 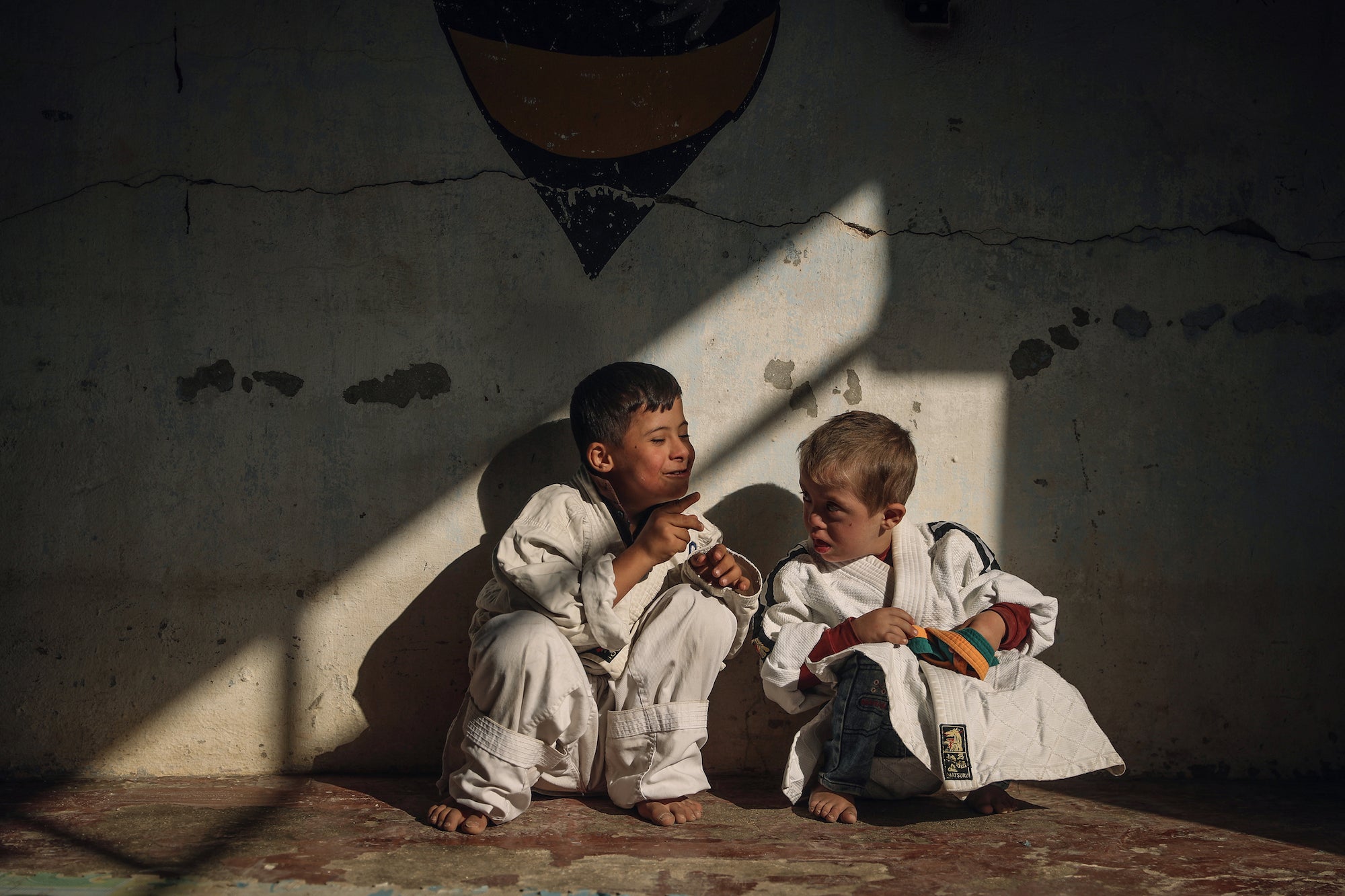 In Still Life Composition, shot on Wet Plate, Peter Eleveld (Netherlands) showcases a series of black & white images of glass vases, fruit and flowers expertly photographed and developed using a large-format camera and the wet plate collodion process. Conceived during the first national lockdown in Milan, Alessandro Pollio’s (Italy) Volatile Interests is a visual investigation of the photographer’s domestic environment in which simple and often humorous compositions of food and everyday objects represent memories of days spent in isolation. Mexican Feast is a celebration of Mexican food and handcraft traditions. In a vibrant and brightly lit mix of colours and textures, Paloma Rincon’s (Spain) studio constructions pay homage to her cultural influences. 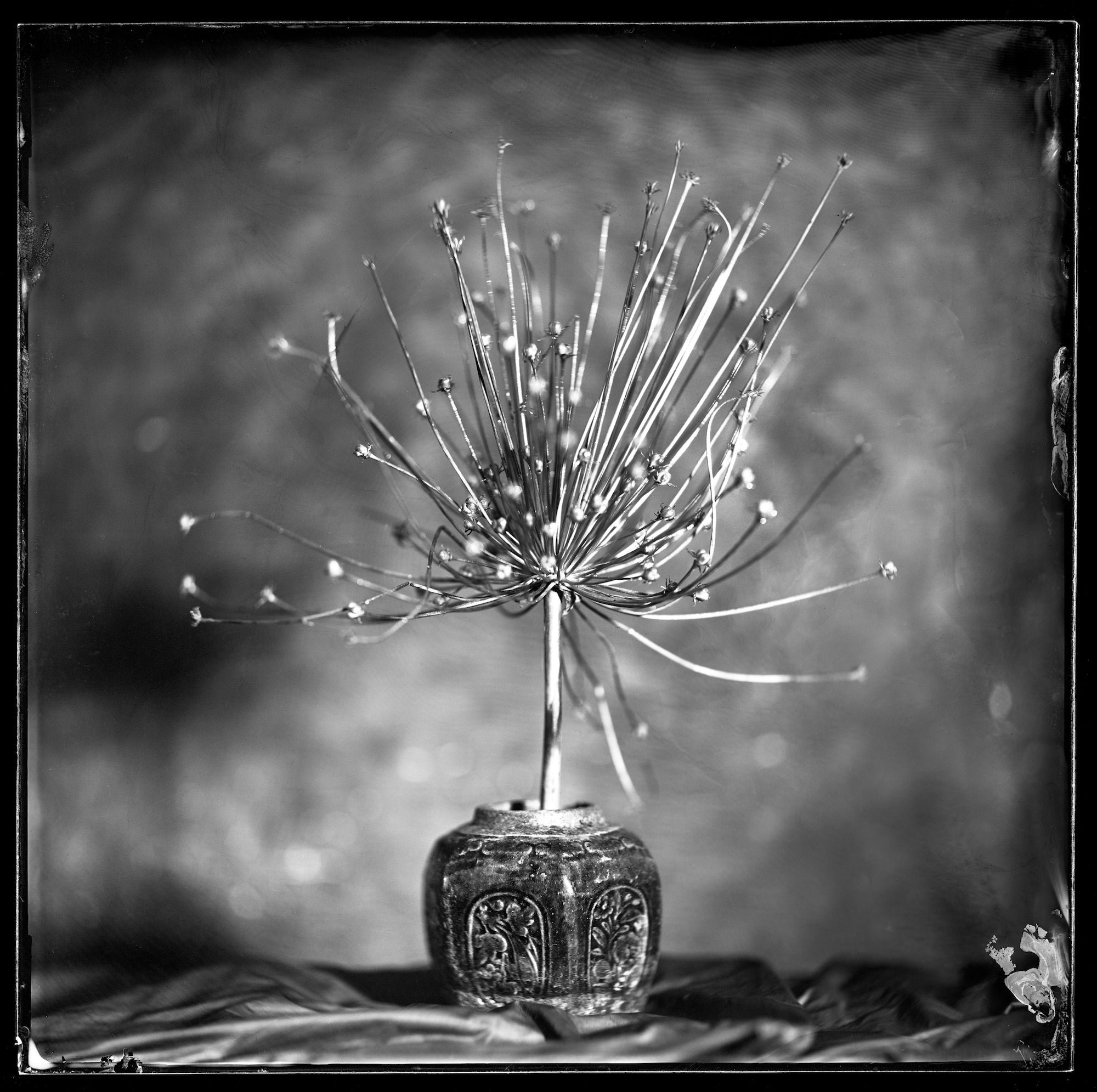 Sea Drops by Angel Fitor (Spain) is a photographic essay exploring life inside drops of sea water. Using micropipettes, and a self-designed micro studio set-up, Fitor opens a drop shaped window to the splendidly diverse world of different species of planktons. Through close-up portraits, aerial images and underwater shots, Raw Nature by Graeme Purdy (United Kingdom) captures the fierce and majestic beauty of wild animals. Locust Invasion in East Africa by Luis Tato (Spain) documents a destructive infestation of desert locust across East Africa as it wiped out entire fields of vegetation and crops. This recent outbreak has been the most severe the region has known in decades, made worse by Covid-19 restrictions disrupting the supply chains of pesticides. 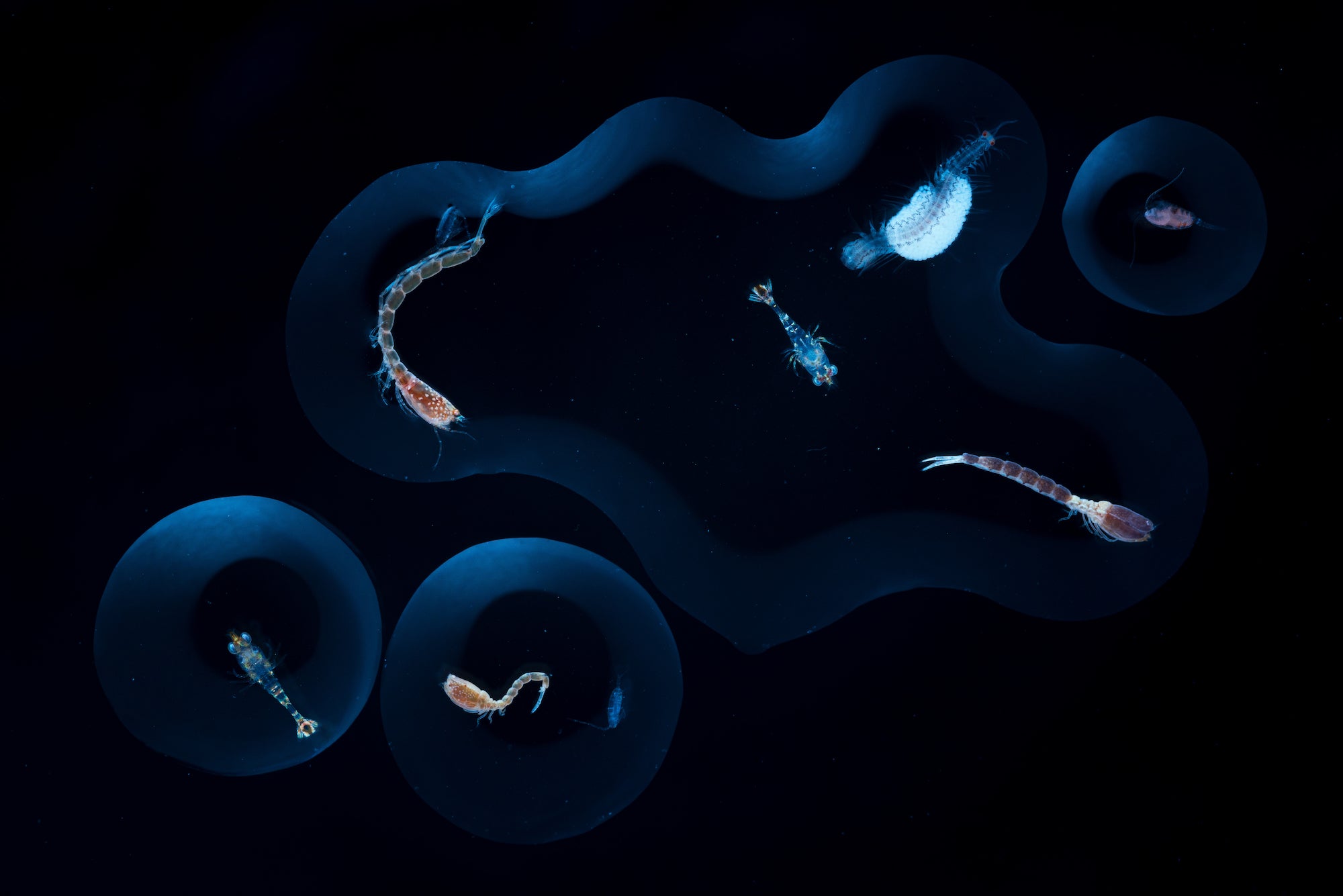 The overall winners in the Student, Youth, Open and Professional competition of the Sony World Photography Awards 2021 will be announced on the 15 April 2021 via the World Photography Organization’s digital and video platforms. For more information about winners and shortlists please visit www.worldphoto.org.