The process leading to the selection of the α7S II began in 2014. Outer space is an unforgiving environment and nothing goes to the ISS without thorough testing. After evaluating the camera’s ability to withstand the rigors of the vacuum of space and its ability to create the kind of rich, detailed 4K imagery that’s called for, the α7S II was deemed to have the right stuff for the mission.

Alpha Universe: How was α7S II chosen for the mission?

Katsumi Ikuta: Sony received an inquiry from JAXA in 2014, and this project got started utilizing the α7S, the acclaimed low-light camera. Sony was told from JAXA that functional tests and environmental resistance tests were conducted to see if it can withstand the environment of outer space.

Alpha Universe: What about the α7S II made it the best camera for the mission?

Katsumi Ikuta: The α7S II boasts extreme high sensitivity up to ISO 409,600; wide dynamic range; 5-axis image stabilization; internal recording of 4K movies with full pixel readout and no pixel binning; and a 35mm full-frame Exmor® CMOS image sensor packed into a compact body. Also, as the α7S II has a USB interface that can handle command operation, remote control from the ground and image transmission work could be easily added with custom firmware developed for JAXA by Sony. With these capabilities, JAXA recognized that it was suitable as a candidate for the outboard camera on the KIBO module.

Alpha Universe: What special modifications had to be made to the α7S II camera to go into space?

Katsumi Ikuta: There were some of the firmware changes necessary for full remote operation in outer space, but the hardware is the same as the commercially-available product.

Alpha Universe: Is this the first Sony camera to go into space?

Katsumi Ikuta: In 2012, Sony’s "HVR-A1J" was adopted as a world’s first high-definition consumer camera that was installed outside the module, and shot images of the earth surface.

Alpha Universe: How long will the α7S II be used in this mission?

Katsumi Ikuta: As for now, JAXA has told Sony that the camera will be in use for about 2 years.

Alpha Universe: How is the camera mounted on the space craft?

Katsumi Ikuta: JAXA kindly informed us that the camera system is mounted on a medium exposure adapter (iSEEP) and is attached to the experiment port of the KIBO outboard experimental platform. The camera is installed in a protective case with a heating function to avoid temperature fluctuation. 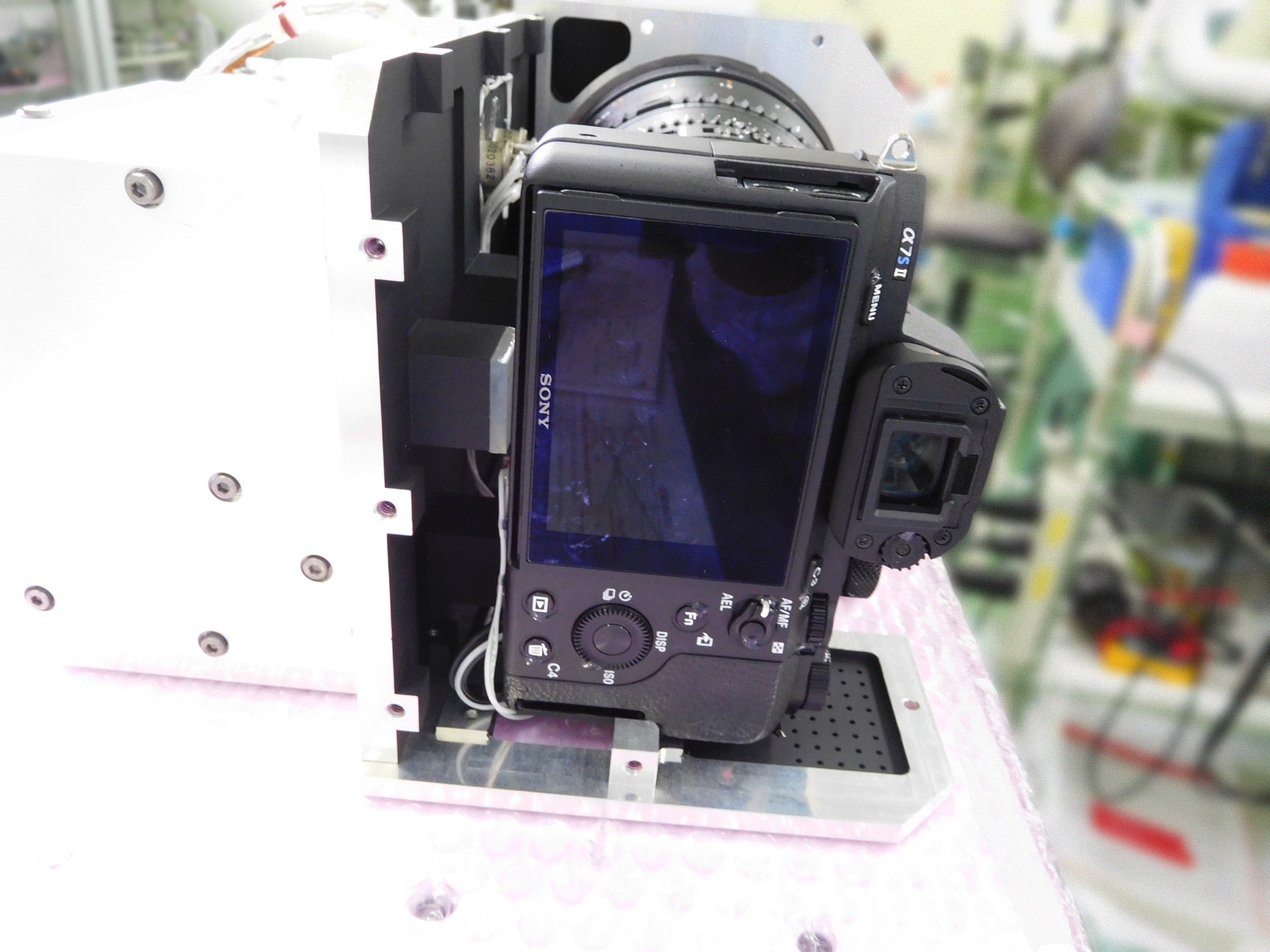 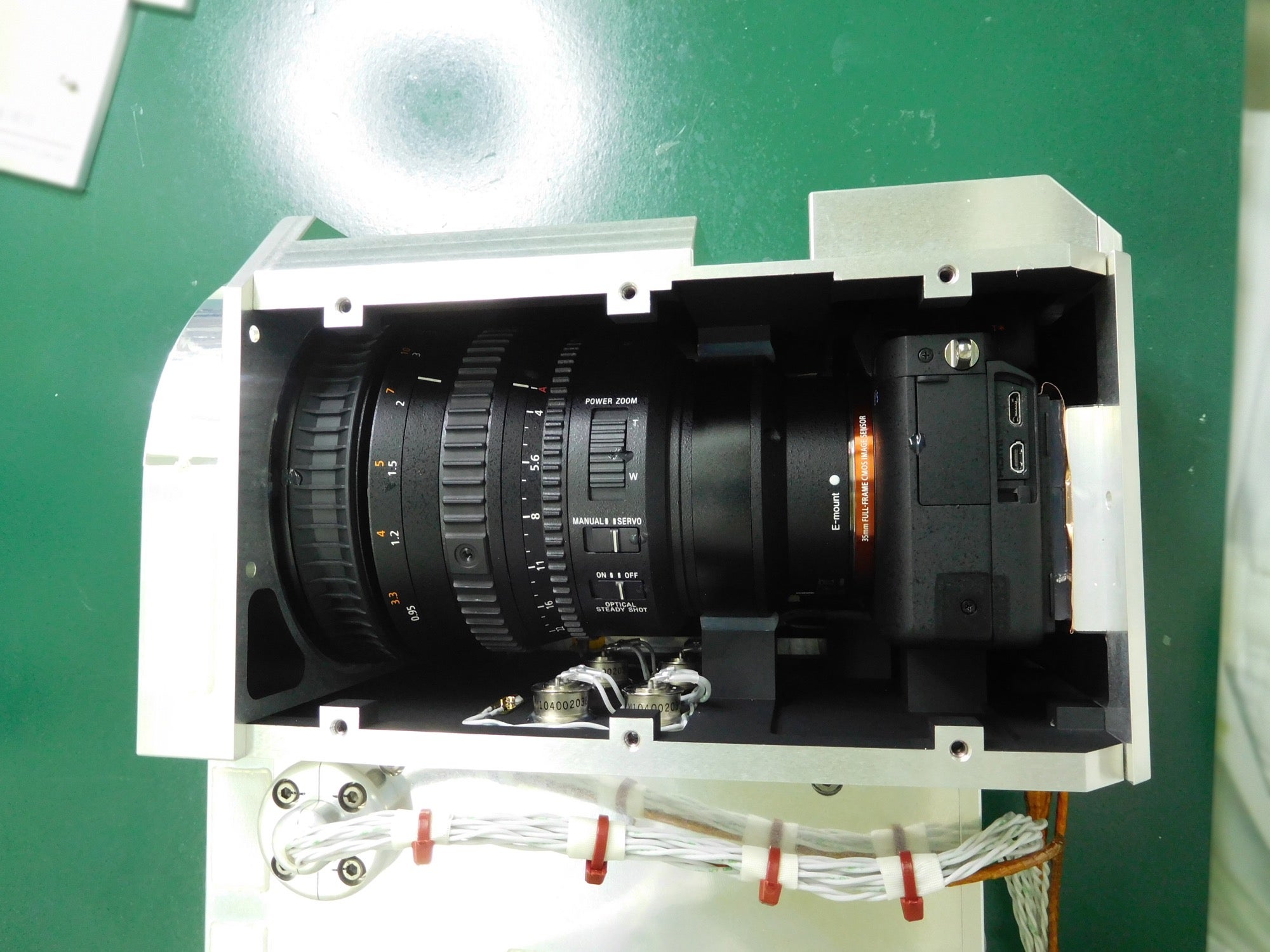 The camera previously installed on the exterior of KIBO was mounted such that it was always pointed in the direction of the earth. This was an attempt to keep temperature increases to a minimum, given the harsh conditions of outer space. In contrast, two platforms are being utilized this time in order to point the lens left, right, up, and down. 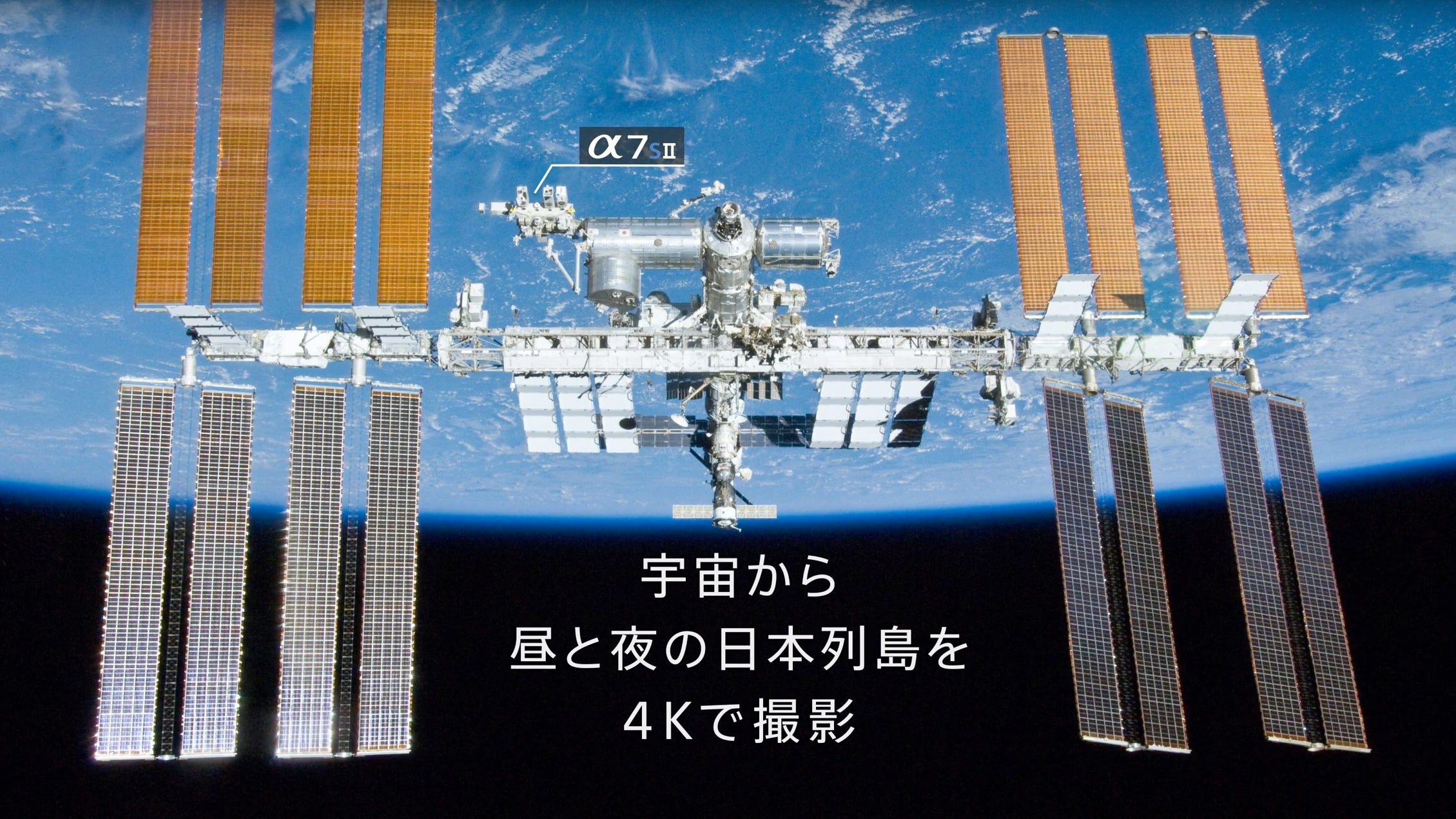 You can see more of the images from the α7S II mission aboard the KIBO module at www.sony.com/electronics/a7sii-4k-images-kibo-iss

Tokyo, Japan – Sony today released a variety of immersive 4K (QFHD 3840x2160) footage from outer space recorded by the acclaimed α7S II full-frame mirrorless camera. This is the world’s first (*1) commercial camera to be mounted outside of the International Space Station (ISS) used to capture video in 4K. The videos showcase the Japanese islands from outer space with footage taken during day and night, showing off its majestic snow-covered peaks and metropolitan lights right down to the differences in color tone. These were able to be captured by virtue of the α7S II’s high sensitivity performance as well as high resolution 4K recording capability.

The α7S II has been selected (*2) as the camera for the new exterior platform on the ISS’s Japanese Experiment Module known as “KIBO”. As a result of various tests conducted by JAXA, it was confirmed that the α7S II possesses the durability and reliability to withstand the unique and unforgiving environment of outer space, including high vacuum, cosmic radiation, and abrupt temperature fluctuations.

The α7S II was carried to the ISS by the  “KOUNOTORI” cargo transporter that launched from the Tanegashima Space Center on December 9, 2016, and was subsequently installed on February 8, 2017 (*3). From 400 km above the surface of the earth, the α7S II completes an orbit around the planet approximately once every 90 minutes, recording a variety of 4K videos and still images from outer space.

Sample content taken outside of the ISS can be viewed at the “α Universe” official site. The English site includes the footage of the East Coast of the United States by night.

The α7S II boasts high sensitivity up to ISO 409600 (*4), wide dynamic range;  5-axis image stabilization; internal recording of 4K movies with full pixel readout  and no pixel binning; and a 35 mm full-frame Exmor® CMOS image sensor packed into a compact body. It was honored as the top camera in its category  at the prestigious EISA Awards (EUROPEAN PHOTO & VIDEO CAMERA  2016-2017), and its outstanding sensitivity in particular has met acclaim around  the globe since its release. Its high-sensitivity performance allows the camera to produce clear, high-quality images with minimal noise, even in the extreme low-light conditions of outer space.

There is a lot of excitement around the camera’s ability to capture previously unobtainable footage such as the earth at night from space, and will take vivid 4K videos of sights such as cargo transporters like the “KOUNOTORI” approaching the ISS.

The immersive 4K videos captured by the α7S II have been released on the “α Universe” official site. The history of the α7S II’s implementation on the ISS can also be viewed on the site.

*1: As of July 27, 2017
*2: Selected by the Japan Aerospace Exploration Agency (JAXA)
*3: With the FE PZ 28-135mm F4 G OSS power zoom lens
*4: When set to expanded sensitivity mode.
* α and Exmor are trademarks of Sony Corporation.
*All other names of companies or products contained herein are trademarks or registered trademarks of the respective companies.