Patrick Gregorowicz (@patrickgregorowicz) is a landscape photographer based out of Vancouver, British Columbia. During the week he works as a digital marketing specialist for Crankworx, but on the weekends he ventures out into the backcountry in search of beautiful scenery. He captured this crisp, blue-hour shot at Emerald Lake in Yoho National Park with his Sony Alpha 7 II and Sony 28-70mm f/3.5-5.6. Read his story behind capturing the image below. 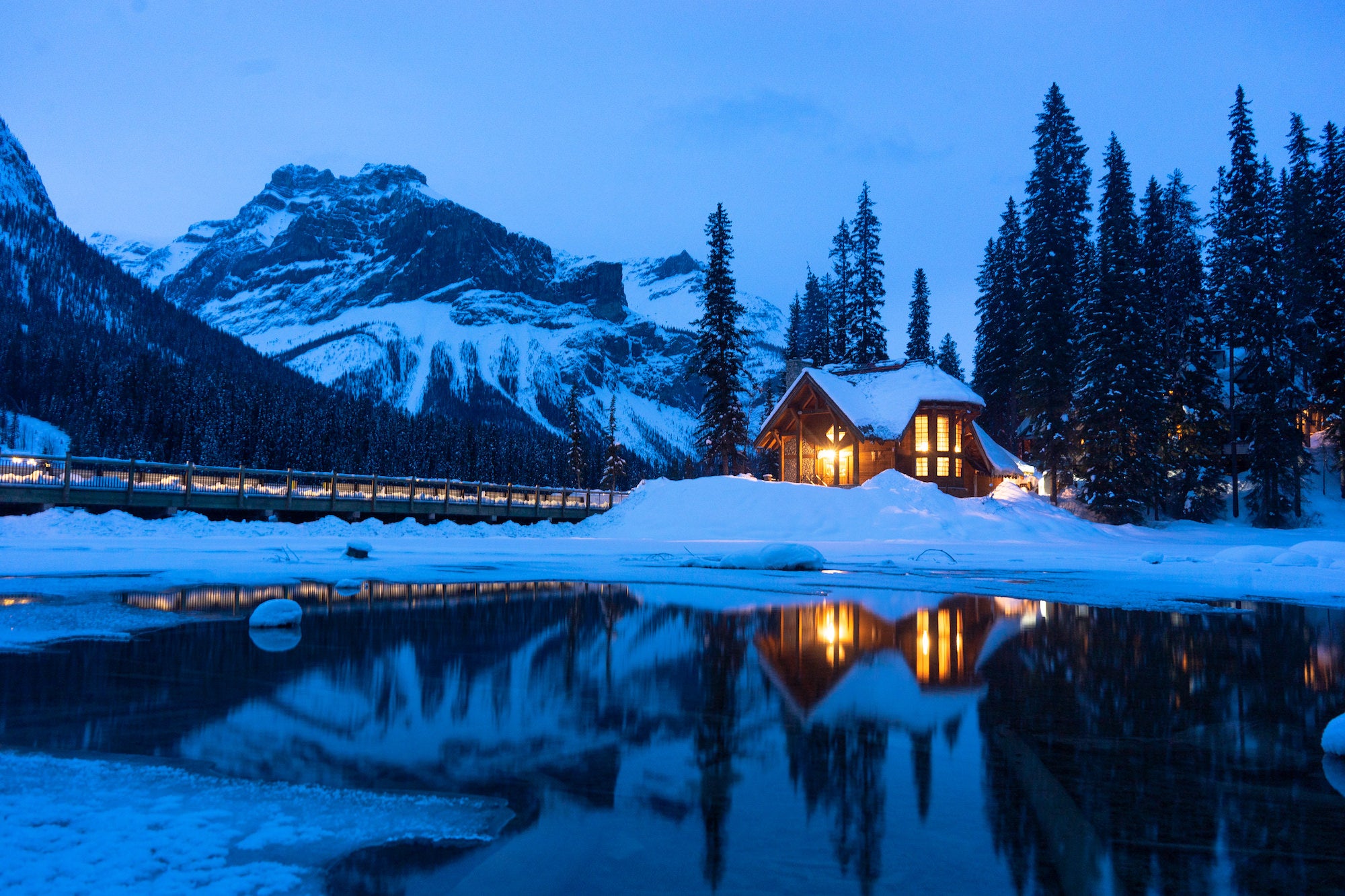 Landscape photographer Patrick Gregorowicz takes us through the making of this blue hour shot with a full-frame mirrorless camera & lesser-known Sony zoom.

It has always been a dream of mine to visit the Canadian Rockies in the winter. December may be the most photogenic season for alpine lakes. A light dusting of snow covers the landscape while the still unfrozen lake gives an amazingly still reflection, doubling the overall beauty.

This particular image was captured at Emerald Lake in Yoho National Park, during a crisp and clear blue hour evening. The illuminated building is a check-in area for Emerald Lake Lodge, a famous hotel in British Columbia that brings visitors away from the city and into nature. The bridge is the only way to access the island where the huts are located, and to my luck, a vehicle just happened to be crossing the bridge as I snapped the shot. What I love most about this shot is the vibrant lodge that gives a sense of life to an otherwise cold and quiet landscape.

This image was captured using my Sony Alpha 7 II with the Sony FE 28-70mm F3.5-5.6 OSS lens. Despite the 28-70 being known as a “kit lens,” its focal range provides me with flexibility while on the trails, and its aperture is perfect for landscape photography, where a fully sharp and in-focus scene is often required. The Sony Alpha 7 II has an incredible low light performance which is great for my astrophotography, and the dynamic range allows me to pull colours from both the highlights and shadows.The camera has been with me around the world and has never let me down. With many drops on rocks and pavement, and even a quick dip into frigid waters, the camera lives on several years later.

Despite the image bringing a calming sensation to most viewers, photographing landscapes can be stressful, as you attempt to capture the perfect image before the light changes. After trying many different compositions and angles, the one that finally worked required me to lay down on my belly and get the camera as low to the ground as possible. This is quite normal for landscape photography.

The aperture for this shot was f/7.1 as I required most of the image to be in focus. Looking back, a darker aperture would have helped create an even larger starburst emerging from the lodge. With a darker scene and aperture, a long exposure of 3.2 seconds was needed to brighten the scene. These settings allowed for a natural ISO of 200, allowing for an image that is not too noisy. The picture was snapped at a focal length of 28mm, allowing for a perfect frame that includes the lodge, the trees, the mountains, their reflections, and some frozen lake on the left side to balance it all and give an essence of depth to the image.

Given that the image was taken during blue hour, not much editing was required. I increased the brightness and shadows to give more detail, and I added some vibrance to ensure that the lodge truly popped with colour. In addition to this the image required some straightening of the horizon and voilà, an image worth hanging on my wall!