This article is part of a series with Kamran Ali (@kamranonbike). Kamran left a career as a software engineer in Germany to ride his bike around the world and to photograph his travels. You can see more in our other articels about his journey, From Argentina To Alaska: Traveling The World, Slowly, With A Camera and The True Value Of A Photograph.

Mesa Arch is a popular spot in Canyonlands National Park for sunrise photography with photographers competing for every inch of space. While cycling in Utah, I went to Mesa Arch two hours before the sunrise to get the best spot for taking pictures. I was all alone when I reached there.

For the next hour, I couldn't take a single picture and surveilled the area with my headlamp. My hands clasped the camera and the tripod as if they were my weapon for defense. 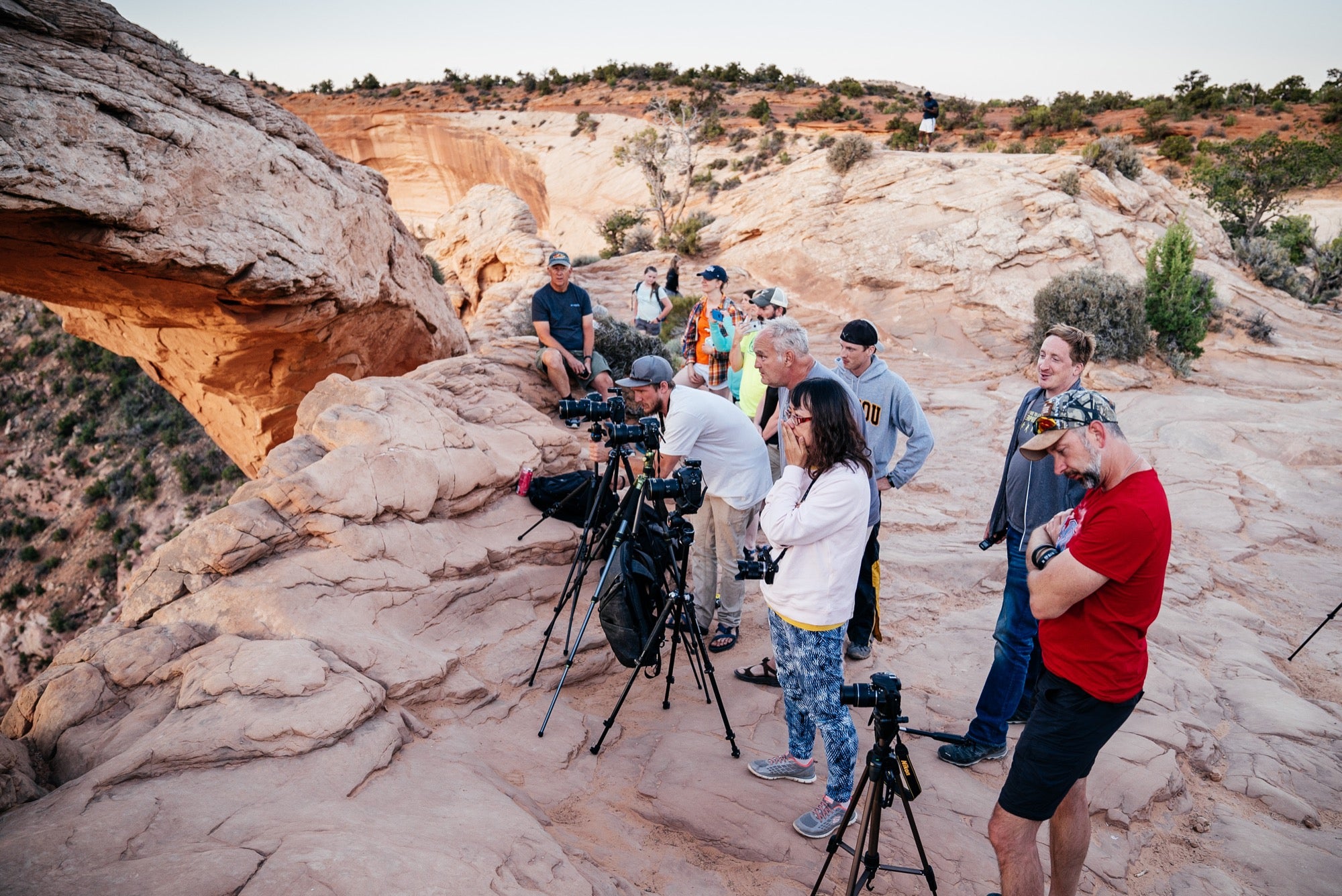 I set up the camera on the tripod and began taking pictures of the night sky over the Mesa Arch when all of a sudden, the silence was broken with the sound of a stone falling behind me. I looked around with my headlamp, but couldn't see anyone. After a couple of minutes, I heard the same sound again. There were no vertical cliffs or trees close by from where the stones could have fallen. As I turned my back and resumed taking pictures, I heard two objects dropping. It happened six to seven times.

Suddenly I heard someone yell, "oyee!" A current ran through my body. I turned around, and just for a brief moment, saw a human-like figure standing by a giant boulder. The moment the light reflected off it, it slipped behind the rock, but only partially. I could still see a part of it for a good few seconds.

"Hey, I can see you. Stop pranking me!" I shouted a couple of times. In return, I could only hear my echo. I kept my eyes on it. After a few seconds, the figure disappeared behind the rock.

I left the camera on the ground and scrambled to the spot, but there was no one in this place, only rocks and shrubs. I didn’t hear anyone fleeing either. 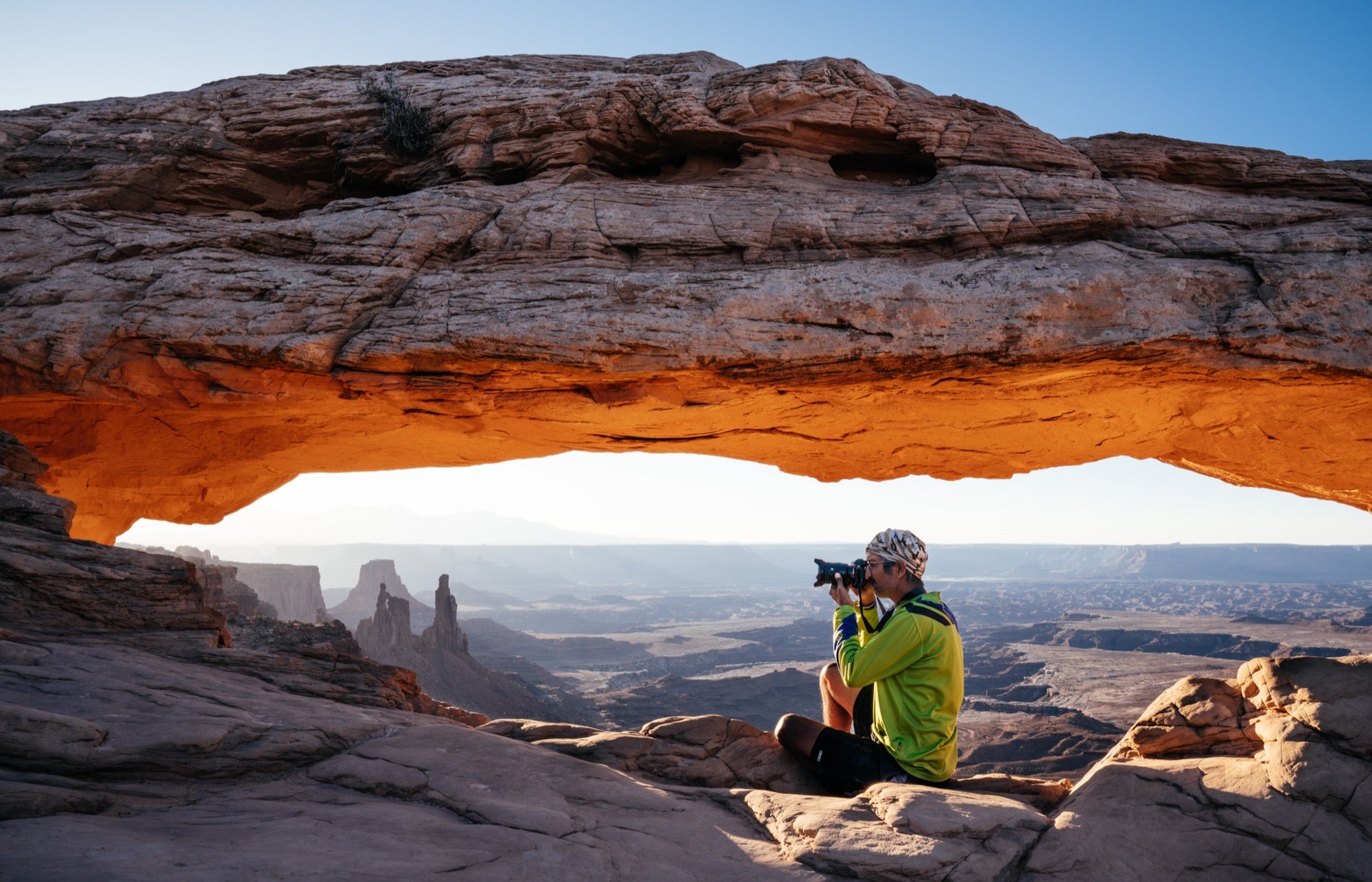 For the next hour, I couldn't take a single picture and surveilled the area with my headlamp. My hands clasped the camera and the tripod as if they were my weapon for defense.

Just before the sunrise, I saw flashlights approaching from the distance. Two photographers arrived at the scene. I told them everything. First, they didn't believe me but then said, "maybe, it was the spirit of an American Indian."

We picked our spots and set up cameras on tripods. Later, a few more photographers came. When the sun rose up above the horizon, I witnessed one of the most amazing sunrises. The bottom of the arch glowed red in the morning light as if it were on fire. I couldn't imagine a better framing for a photo than that. 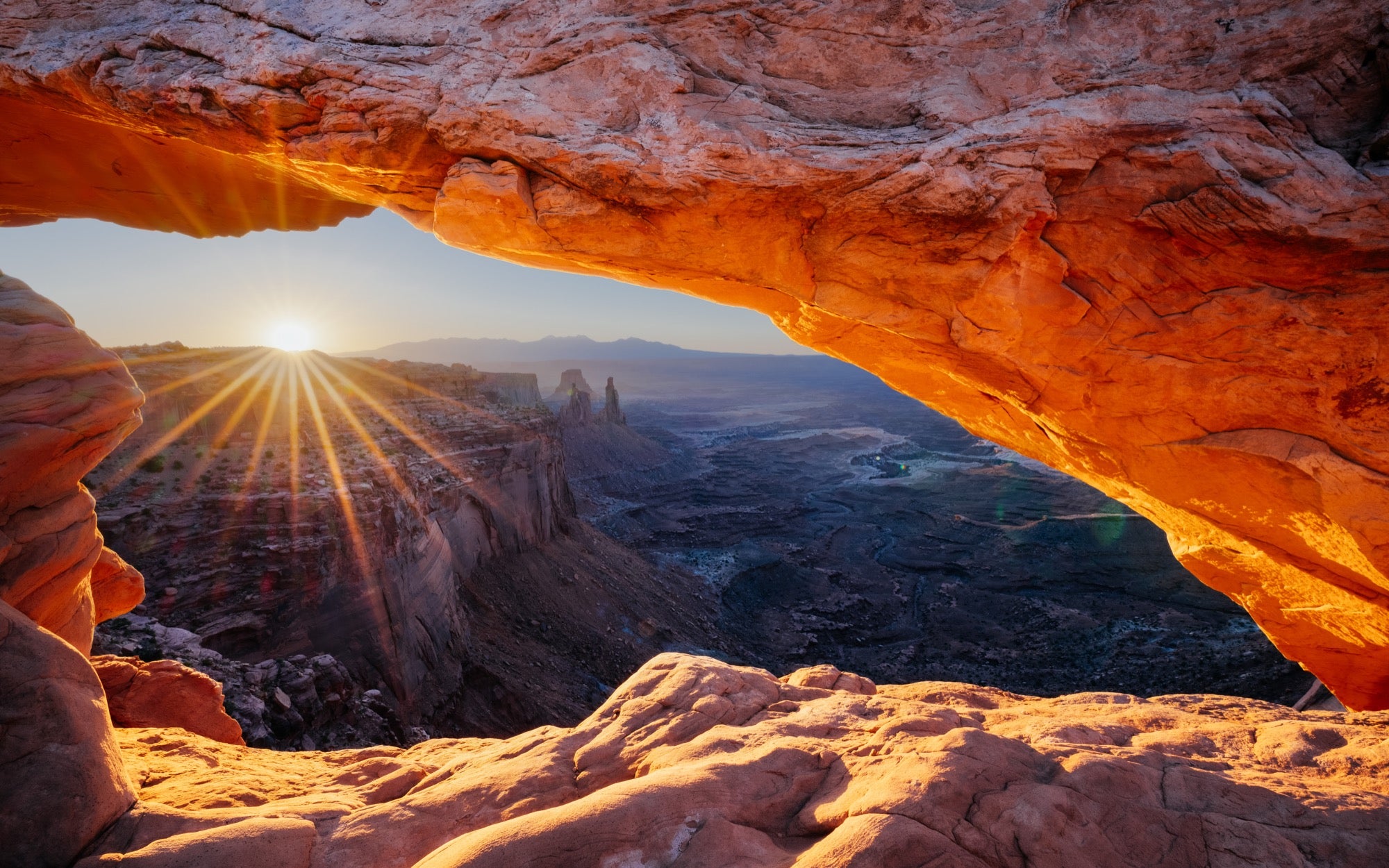 I used the Sony FE 16-35mm f/2.8 GM lens at 16mm focal length on the Sony α7R III to include the arch as well as the foreground in the picture. To keep everything sharp and create the sun starburst effect, I used the f/22 aperture. With the dynamic range of the α7R III, I was able to recover all the highlights in Adobe Lightroom.

I took 600 shots of the sunrise, but the incident kept coming back to me. I would stop and turn around to look back at the boulder, where I had seen the ghost-like figure.

Was it indeed the spirit of an American Indian for whom the land is an essential part of the spirituality and, therefore, sacred? Who knows? One thing is for sure though, after witnessing the sunrise at Mesa Arch, everyone is going to remember it for its beauty, albeit my reason to remember this place would be entirely different.

Recently, I was telling this story to a small group. Their Amazon Fire TV was showing stock wallpaper photos from all around the world. I freaked out when the TV screen switched to the wallpaper of Mesa Arch sunrise. "This is the place; this is the place," I shouted. Neither my hosts nor I could believe the coincidence. "Kamran, you have brought the ghost with you to our house," they said. I looked at them. I don't think they were joking.

I Had Gone To The Grand Canyon To Photograph Bare Rocks, But I Became Part Of A Story

How To Shoot Sunrise Starbursts

I Had Gone To The Grand Canyon To Photograph Bare Rocks, But I Became Part Of A Story

How To Shoot Sunrise Starbursts