Dylan Schwartz (@dylan.schwartz) recently took the α9 on a high-flying helicopter experience over Los Angeles. His friend Alex Chaunt, owner of Anthelion Helicopters, piloted the flight and his producer, Erin, and Alpha Collective member Dan Marker-Moore (@danorst) also came along to capture the experience. Schwartz had just gotten the α9 a few days earlier, and was ready to test it out and gain some aerial shots for Instagram content.

Schwartz was most excited to test the frame rate and autofocus speed of the α9. He likes to do continuous shooting from a helicopter, much like he would do with sports or other action. The difference, of course, is that with aerial photography the photography is in motion and the subject is stationary. Because of this, he shoots in S mode and adjusts his shutter speed and focal length based on the helicopter’s speed and location.

The frame rate of the α9 gave Schwartz a serious advantage when it came to capturing the angles that had previously been impossible to get from a helicopter. “Specifically, finding precise angles where buildings and elements line up perfectly has always been a matter of luck when you’re shooting from a moving helicopter – but with 20fps your chances of getting that shot are greatly increased. The large buffer also had a big impact, as it allowed me to keep shooting. 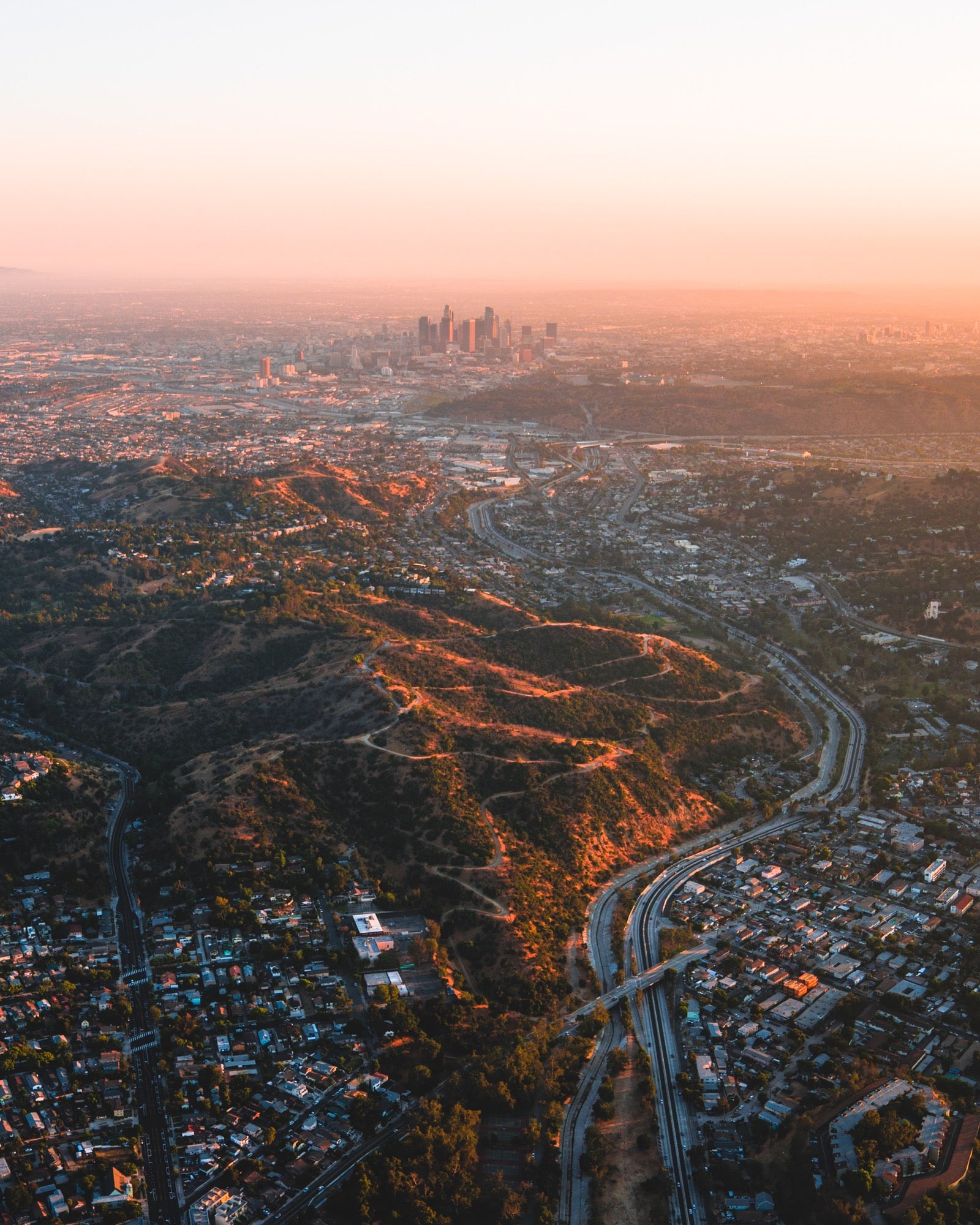 Sony α9, Sony 24-70mm f/2.8 G Master lens. 1/2000-sec., f/2.8, ISO 125. LA’s landscape is fascinating, because you can see how our manmade structures are echo’s of the natural topography, and how development has taken on an these organic shapes. I love capturing scenes that put these forces into stark contrast – and Los Angeles is filled with them. 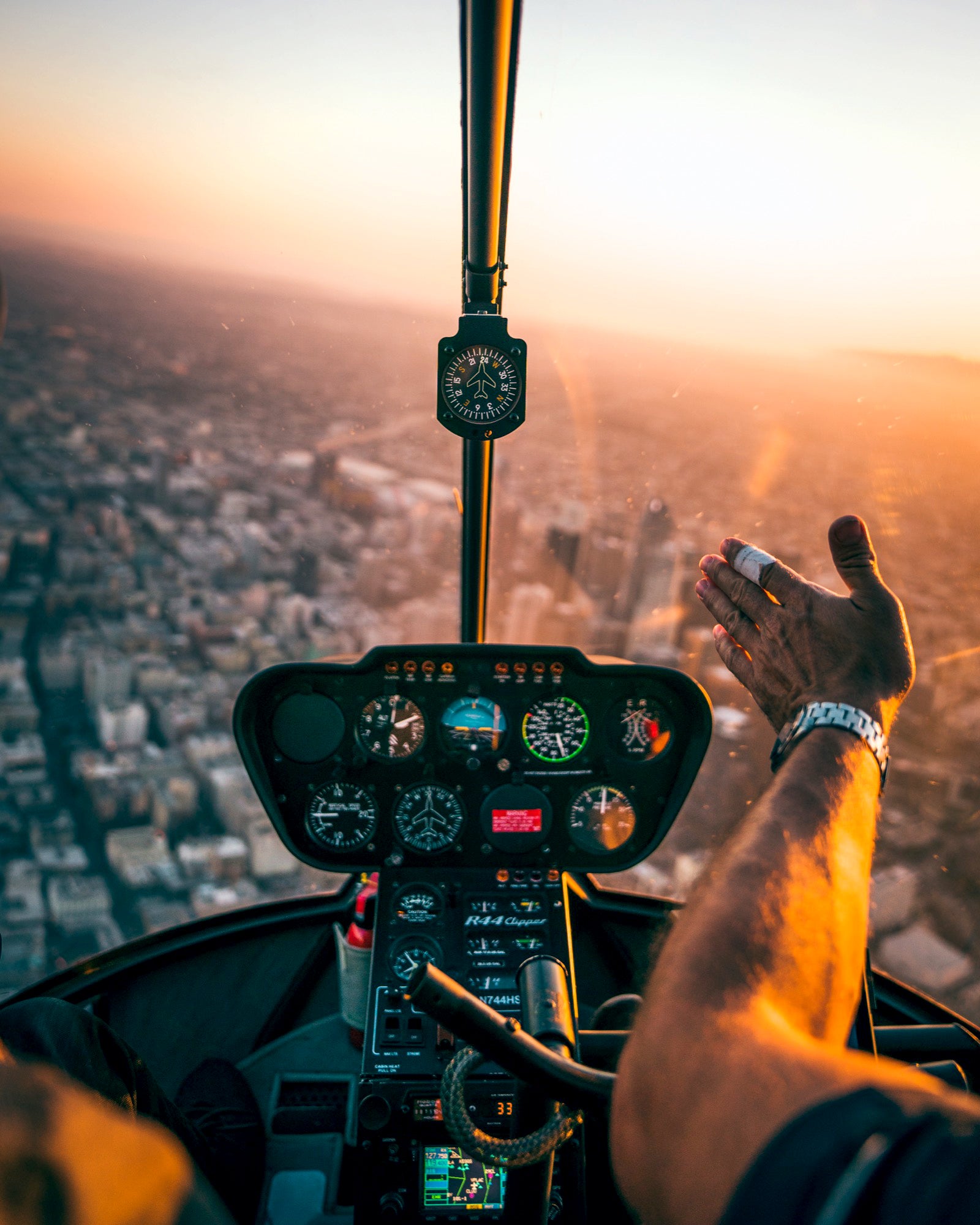 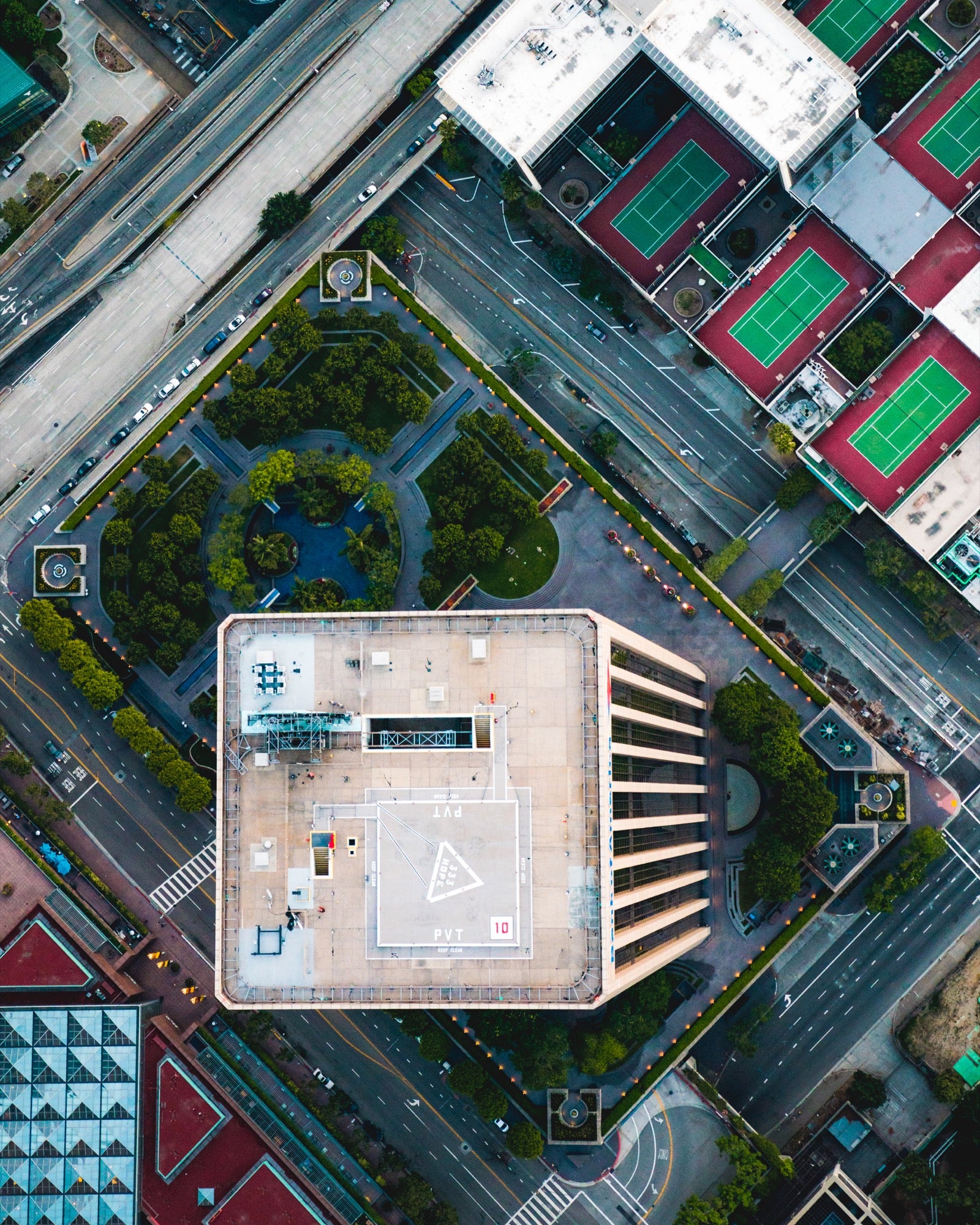 Sony α9, Sony 24-70mm f/2.8 G Master lens. 1/500-sec., f/2.8, ISO 1000. This is where the 20fps shooting really makes a huge difference. I had never been able to shoot straight down from a moving helicopter and come away with anything usable. Luck plays a huge part in what you can capture, but with 20fps and the amazing autofocus, I was able to get shots like this one. 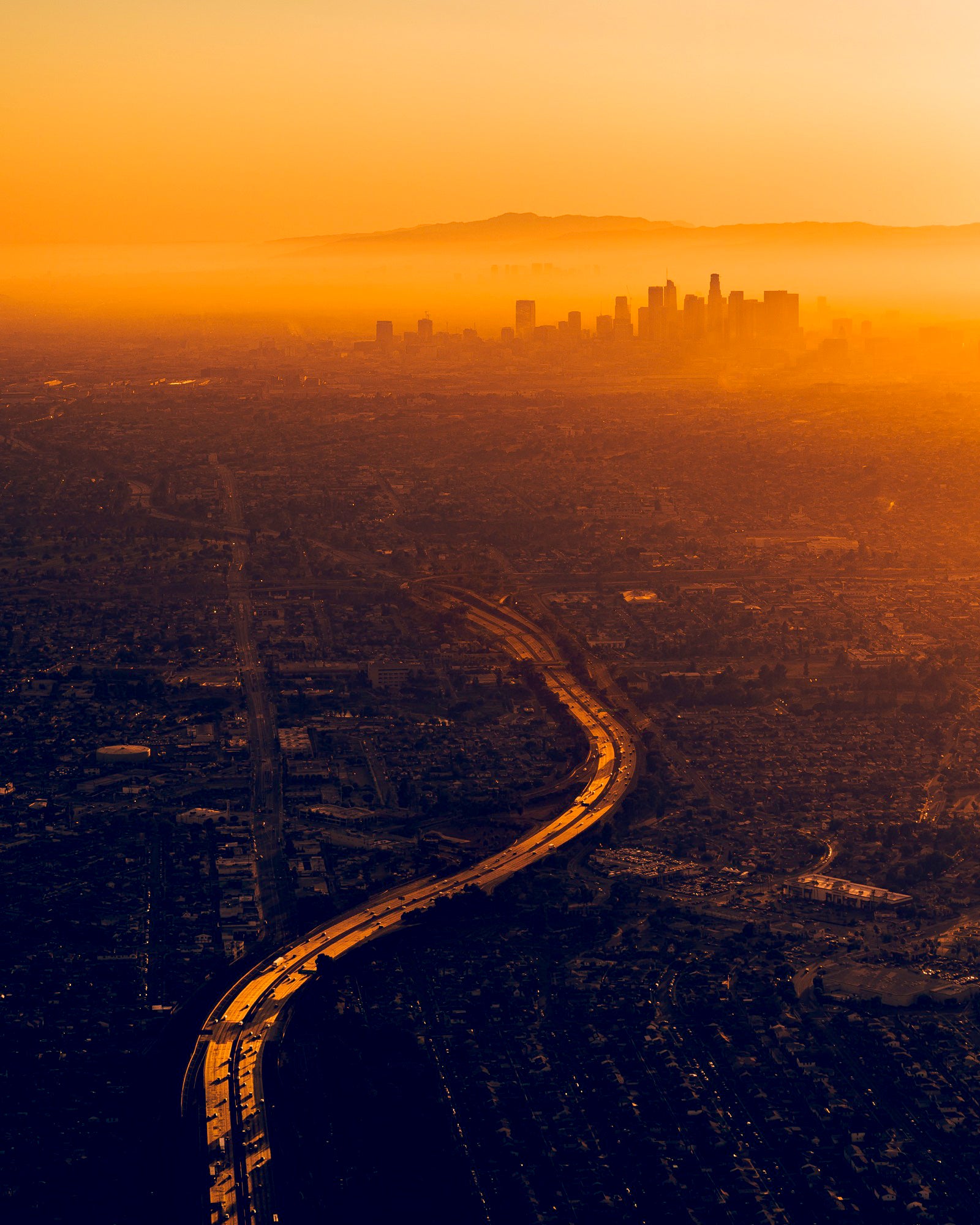 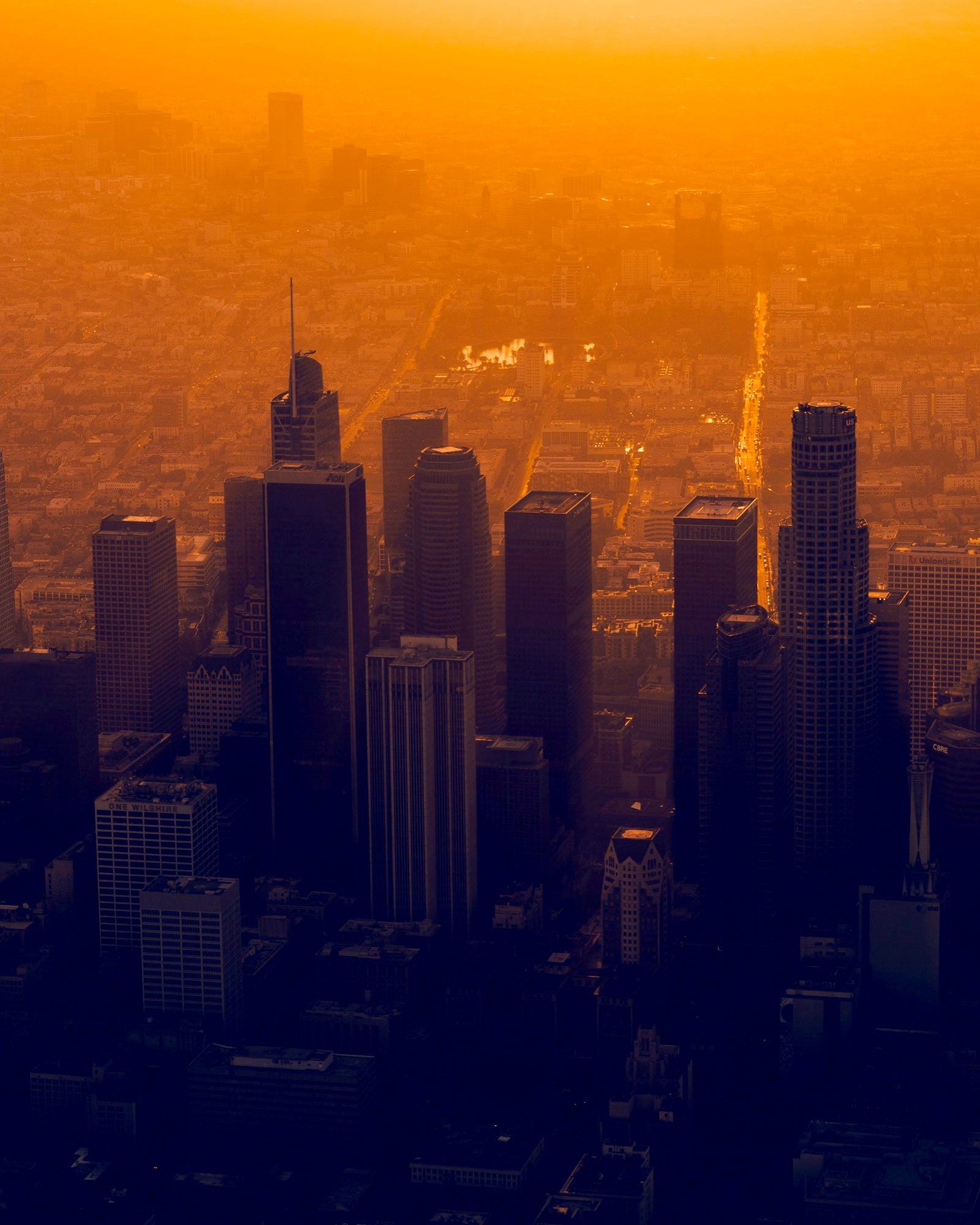 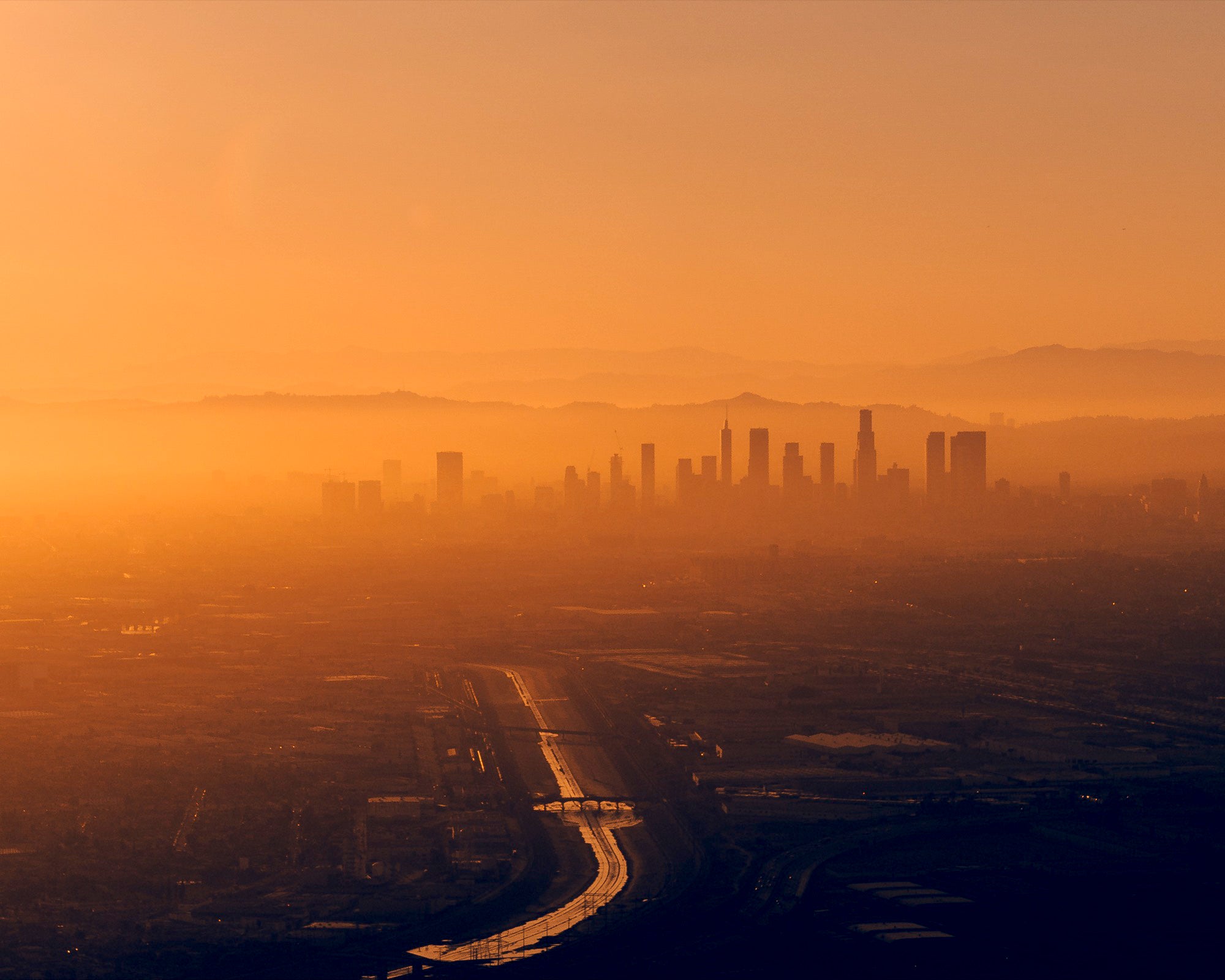 Sony α9, Sony 24-70mm f/2.8 G Master lens. 1/1250-sec., f/10, ISO 100. The Los Angeles skyline is quickly evolving. The Wilshire Grand, LA’s first skyscraper to have a spire, has added a new modern feel. I still love photographing the city from the east side, where you can see LA’s past. Here you can see the LA River snaking it’s way through the city.