Gina Danza (@wildginaa) is a nature photographer who has always loved to photograph into the sun. “I think it’s because it reminds me of concert photography, where I got my start,” she says. “Having those lights in my face, that’s how I learned.” When Danza was recently photographing the sun, the brightness of a different subject in the sky caught her attention – the moon. This moment sparked a new passion inside of her to capture the moon, and the positive reaction from her audience has inspired her to keep going. We connected with her to learn more about her newfound passion for photographing the moon with her Sony Alpha 7R IV and Sony 200-600mm f/5.6-6.3 G lens. 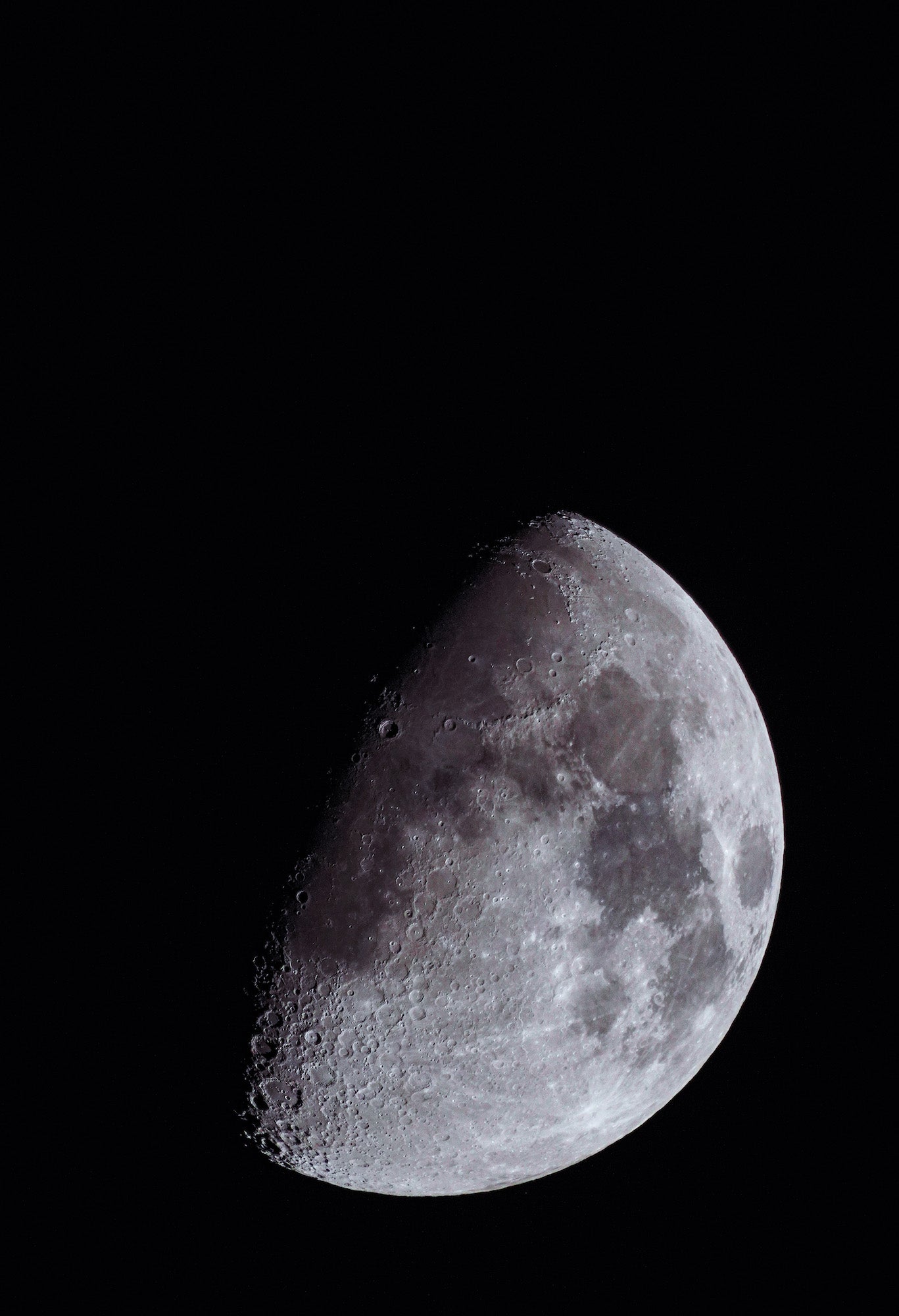 How It All Started

“I was photographing the sun one early evening when I happened to look up and see that the moon was also there,” Danza explains. “I figured out that I was there during a time when the moon was at a high point in the sky and the sun was setting, so the moon was so bright at that moment. I honestly do think the best time to photograph the moon isn't when it's dark. I like to shoot it when the sun is setting. It also gives me two different options. I can go back from shooting the sun to the moon, to the sun, to the moon. That's how I started to thnik of the moon as another subject that I wanted to showcase and make it a personal project.”

How The Community Inspired Her To Keep Going

At first Danza was photographing the moon with her Sony 100-400mm f/4.5-5.6 G Master with different filters. “I was trying to work out different ways I could use the sunlight,” she explains. “I was balancing the sunlight or projecting the sunlight onto the moon to create these cool, colorful streaks. I wanted to get closer but I was making it work with the gear I had. Then I decided to buy the Sony 2X teleconverter and the shots were actually really cool, so I just started posting them.”

The unexpected interest from her audience only increased her fascination with getting closer to the moon. “I started looking at the next biggest lens I could get, the Sony 200-600mm f/5.6-6.3 G. I didn’t know if I really had the funds at the time so I put up an Instagram story saying I wanted to shoot closer to the moon but couldn’t, and then someone sent me money telling me it was for the lens, and I should shoot for the moon. I decided to put more stories up about it and within 36 hours I ended up raising the money I needed for the lens from my community, which was absolutely insane. For me, being encouraged that way to keep going was so special and so magical, and they continue to do so today. That's something I think a lot of other photographers can learn...you're always going to have support from your audience, and never be afraid to ask for help from them.”

The Challenges & Pay-Offs Of Trying Something New

Even with the proper gear and backing from her audience, photographing the moon takes practice, and the challenges of starting out keep many from even trying. “There was definitely frustration with me not knowing how to keep my camera stable starting out,” says Danza. “Also the physical pain of having to bend down because my tripod is smaller than me. I had to get in really awkward positions to shoot this, which is a lot of stress on your body, and then on your mind.” 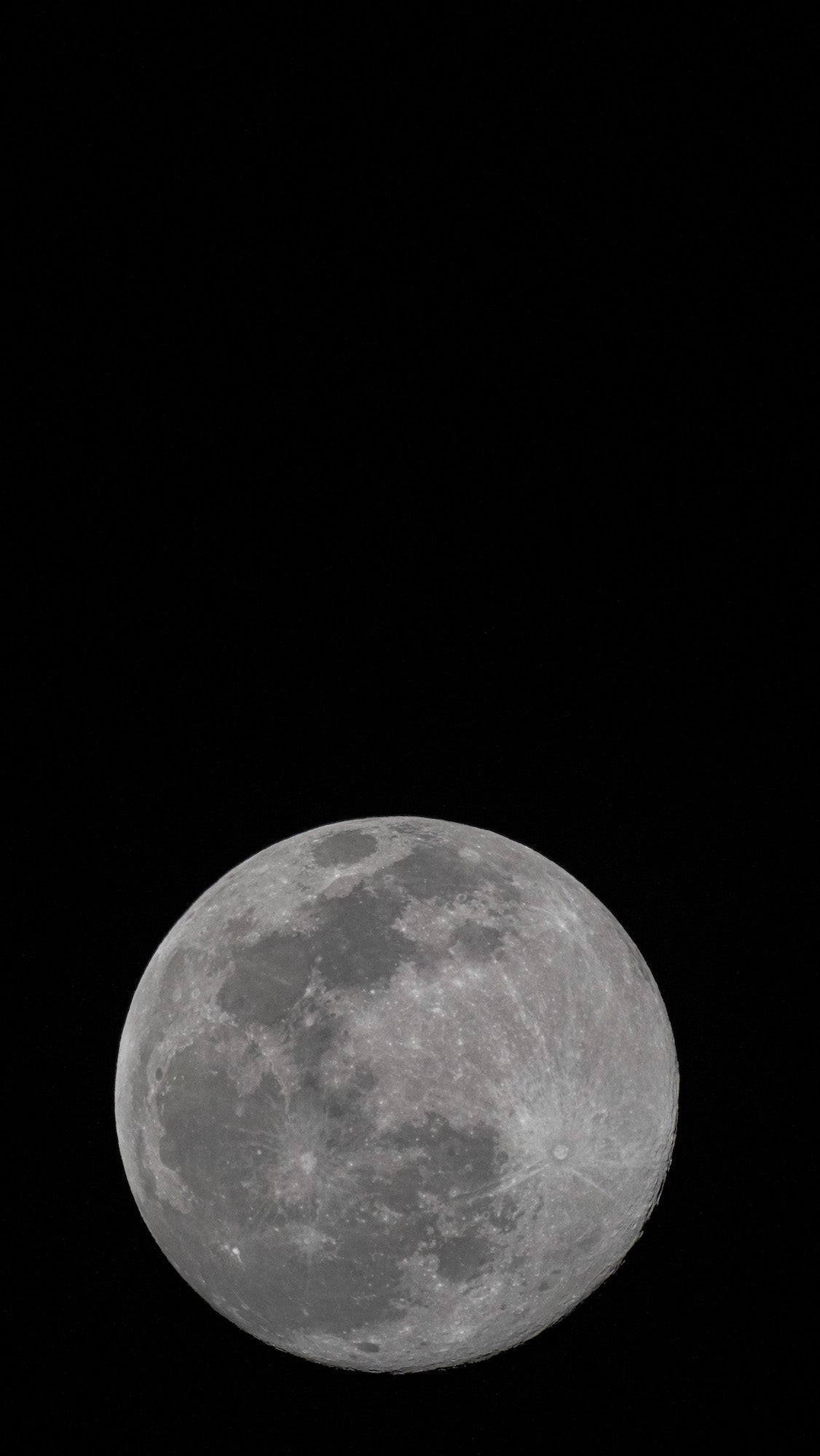 She continues, “It was also frustrating at times simply because it was something that was new. I didn't know how to shoot the moon. It just happened. I’m so used to shooting the sun and it’s something I have a strong connection with within my ancestors. For some odd reason, photographing the sun seems sort of effortless to me, but the moon, it wasn't effortless. It was a struggle. And it was probably the first time that I actually felt like I really needed to work at it, meaning I had to do some extra research in order to learn more.”

The Impact Of Curiosity

For Danza, having the patience to persevere and put up with the frustrations of learning something new has paid off. “It’s really interesting how photographing the moon is teaching me new ways of how I should photograph the sun now,” she explains. “I’m hoping photographing the moon will become effortless to me at some point, but I’m making art with what I’ve got right now, which is something that I never even thought I could ever do in my entire photography career of 10 years. That I’m now on the path of trying to photograph the moon and hopefully one day I’ll become one of the best fine-art astrophotographers, if that’s possible. And it is. Everyone has to start somewhere.”

“My first attempt at photographing the moon came out of curiosity,” she says, “and it doesn't have to be something that is out of the norm or out of your preferable zone of what you shoot. I just looked up, and I connected the sun with the moon, and that is curiosity right there. Curiosity can be so small and so impactful. And I think a lot of people need to learn that you don't need to go all out in order to discover more about who you are as a photographer. Curiosity is right in front of you...or right above you.”

Behind The Shot: Capturing A Misty Blue-Hour Seascape Moment With A Fast Camera & Long Lens Combo

Behind The Shot: Capturing A Misty Blue-Hour Seascape Moment With A Fast Camera & Long Lens Combo