This year’s autumnal equinox was Thursday, September 22, at 10:21 A.M. EDT. This equinox occurs when the sun appears to cross the celestial equator from north to south. This also coincides with the start of my Fall Color in Grand Teton National Park Workshop.

Our planet will be positioned such that its axis will be perfectly perpendicular to the plane of its orbit, meaning that the sun’s rays will be illuminating the daylight side of the planet directly, bathing the Northern and Southern Hemispheres in equal amounts of light and creating days and nights of near equal length.

‘It is the summer’s great last heat,
It is the fall’s first chill: They meet.’
–Sarah Morgan Bryan Piatt

What it means for us photographers is that the trees and foliage will be preparing for the winter season. With this changeover, and depending on where you decide to photograph, you should be treated to some spectacular displays of fall color!

Why Do Leaves Change Color?

I’m not a botanist, but I’ll give this my best shot. As we all remember from our grammar school days, leaves appear green because of an abundance of chlorophyll. There is so much chlorophyll in most leaves that it masks other pigment colors during the spring and summer months.

Quite simply, light regulates chlorophyll production. As our days become shorter, the chlorophyll begins to break down and the pigment colors are revealed. Also add to the mix the fact that sugar production ramps up at the same time increasing the production of anthocyanin pigments (resulting in red leaves).

Carotenoids are another type of pigment found in many leaves. These pigments can be yellow, orange or red, but most produce the vivid yellows that we all love to photograph.

What Affect Does Temperature Have?

I learned something a bit new while researching information for this blog. I was always told that for best fall color, daytime temperatures needed to be in at least in the 60-degree range or higher, and cold nights (under 40 degrees) were optimal.

What I discovered was that temperature plays a roll in affecting the rate of chemical reactions within the leaf, but it’s mainly high levels of light (sunshine) that most affect fall foliage colors.

Sunny days will result in our eyes seeing the brightest colors, since anthocyanins require light. When the light is overcast and dull, we will see the leaves as more yellow and brown. 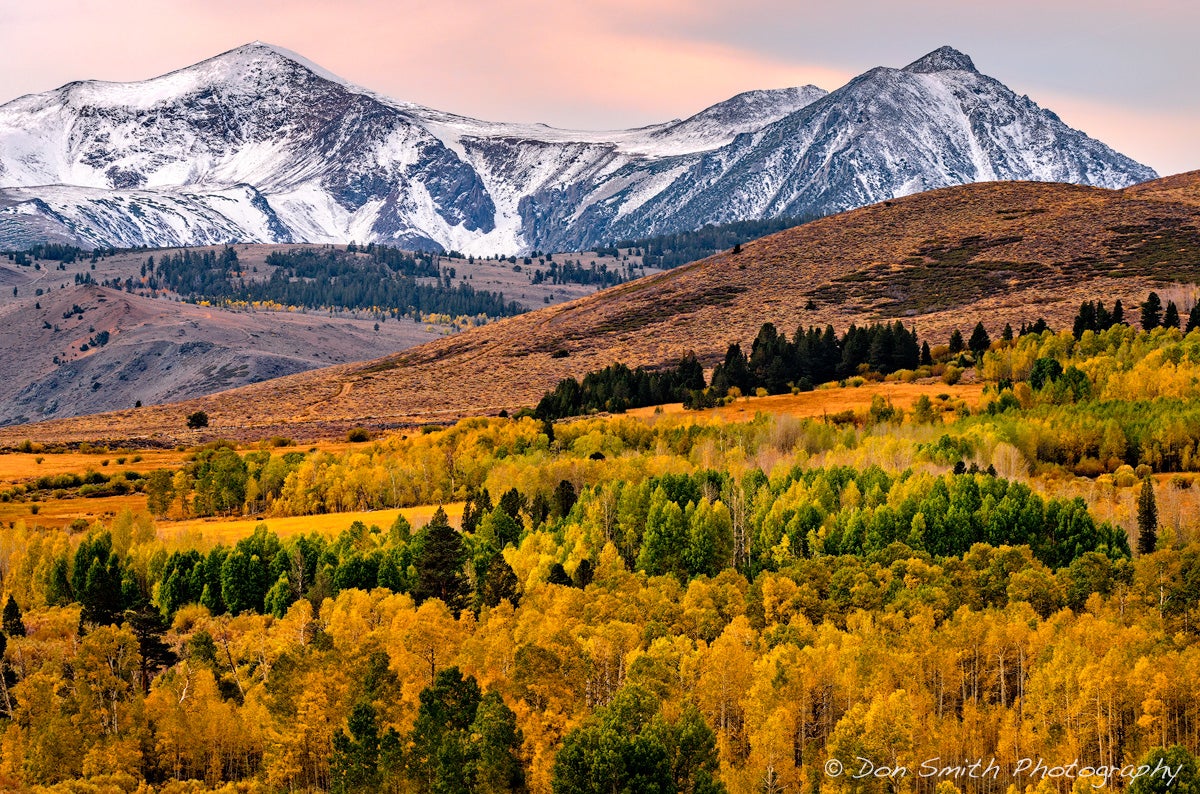 When Is It Best To Photograph Fall Color?

That really depends on how you want to record the colors. My preferred light for fall color is either backlight or overcast and/or indirect light.

The lead image of this blog was captured in mostly shady light of early morning. Some contrast needs to be adjusted during post-processing, which in-turn, allows for the colors to pop.

In the image (above), I captured the fall color under cloudy morning light. This image also required a bump of contrast.

One of the other benefits of photographing fall color is that you can keep shooting throughout much of the morning and late afternoon on clear days if you remember to shoot backlit or even a bit side-lit. If the sky is overcast, then that is a green light to shoot all day long if you so desire as contrast issues are lessened.

1.) Pay Attention to the light. As mentioned, the best light is either backlight (if the sun is out) and/or cloudy/indirect light.

2.) Look for a visual anchor point where the eye can land. This can be a green tree in the middle of a sea of yellow. It can also be a red or orange tree if you get lucky. In the image above, I mixed some green Aspens into the masses of those that had already turned yellow.

3.) Look for other visual elements to go with the fall color. In the lead image of this blog, I used a slow shutter to allow for movement in both the clouds and the Virgin River. The fall color filled the middle portion of the composition and was static. I felt the juxtapositions of the elements are what really made the image work. 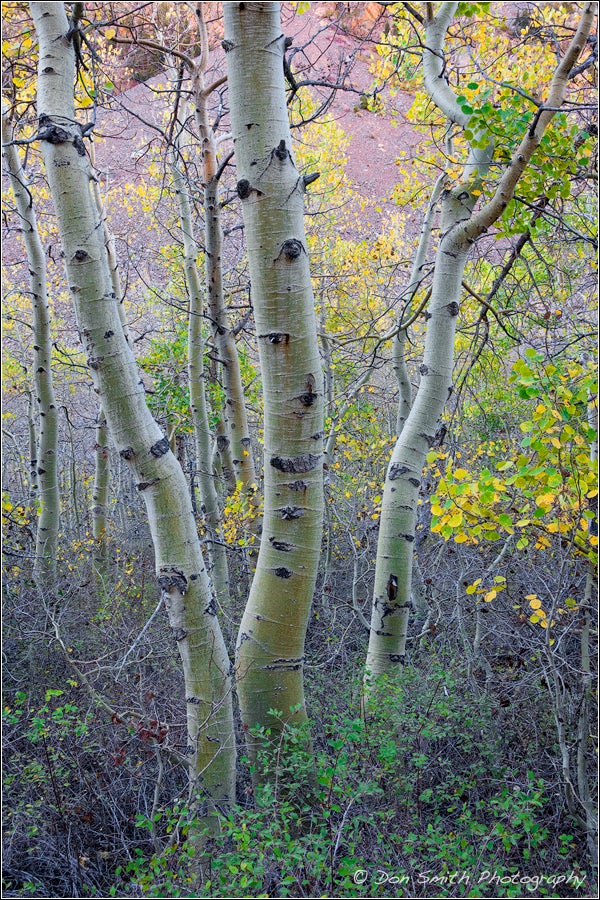 4.) Strive to find patterns to anchor the scene and to draw your viewer’s eye. In the image above, I was roaming an Aspen grove in the eastern Sierra’s Lundy Canyon when the positioning of these three Aspen trunks caught my eye. I made certain that I took an angle that eliminated the sky that was just above the top of the frame.

5.) My last tip would be to try for tight shots or even macro images if the grand view is not working. Again, light is critical to these types of images so look for backlit leaves or a cluster located in indirect light.

Fall is a great time of year. Depending on where you live, the season can stretch from mid-September to early December (such as where I live near the coast on Central California). The key as always is to get out and have fun. I know I’ll be starting in a few days once I arrive in Jackson Hole, Wyoming!