Gary Hart, Stan Moniz, Tiffany Nguyen, Jess Santos, Tobi Shinobi & Don Smith each tested the new lens in a variety of shooting scenarios – landscapes, astroscapes, architecture and more. We connected with each of them to find out their hands-on impressions after shooting with the lens. Below you can see their images and what they had to say about the 14mm GM lens’ performance after using it in the real world.

A group of creators share their thoughts on the new 14mm f/1.8 G Master lens and their hands-on results after shooting with it.

"I love using the 14mm for getting up close and personal with my foreground elements, and still leaving room for the Milky Way or sky. Since I shoot a lot of astrophotography, the maximum aperture is extremely important. I need at least f/2.8 but the more light I can let in through the lens the shorter my shutter speed can be, and I particularly enjoyed photographing the stars at f/2 on this lens. I was able to photograph the stars in my favorite place on earth, Death Valley. While there I got to really use the wide angle of the lens to shoot sand dunes, mud cracks, arches and the famous sailing stones." – Jess Santos 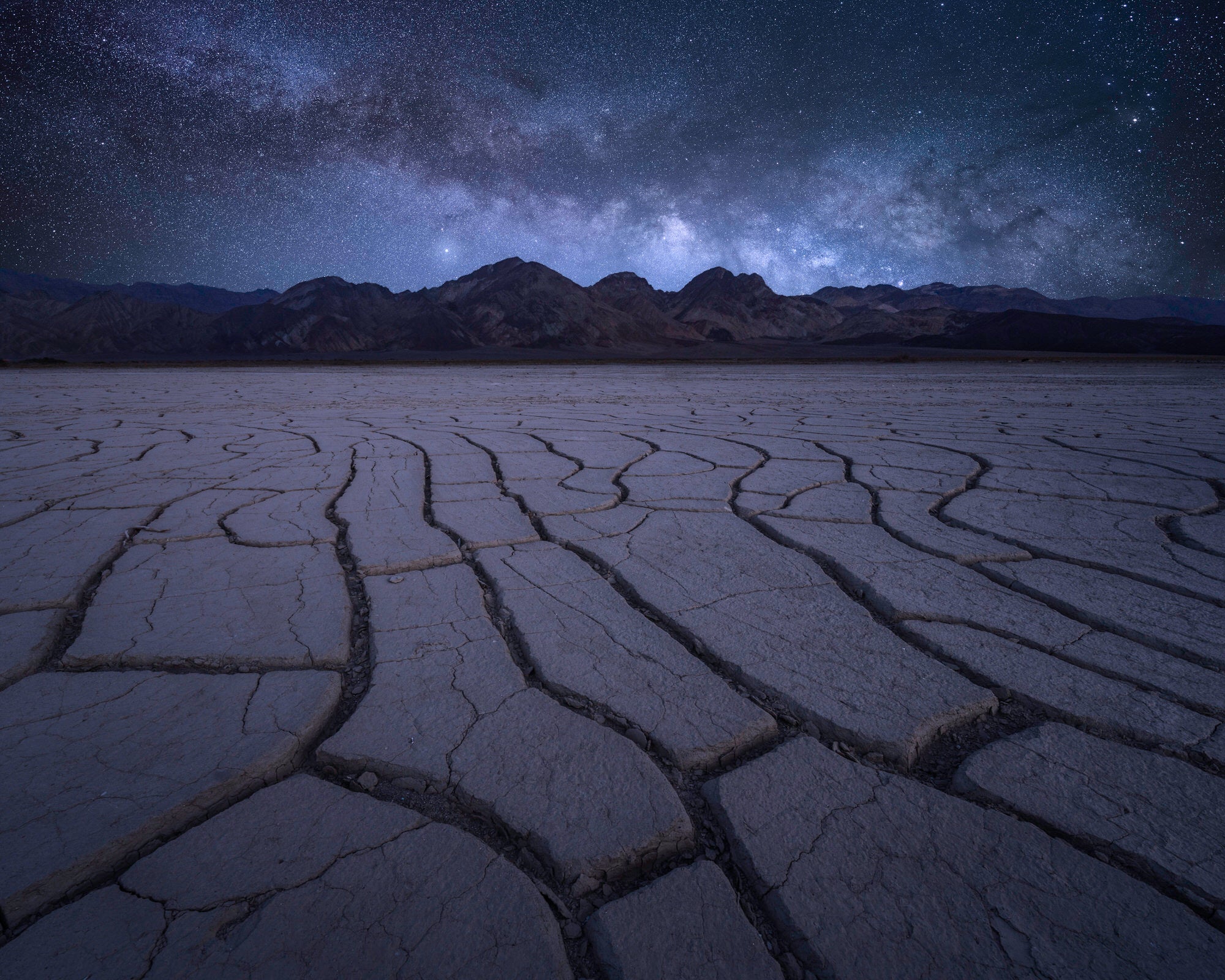 "As a long time fan of this combination of aperture and focal length, the size and weight take this lens to a league of its own. The ability to add filters to the rear to reduce the amount of light hitting the sensor is a real bonus if you want to keep the aperture wide open. With the extra bonuses one gets with a G Master lens, this is a must-have in my camera bag." – Tobi Shinobi 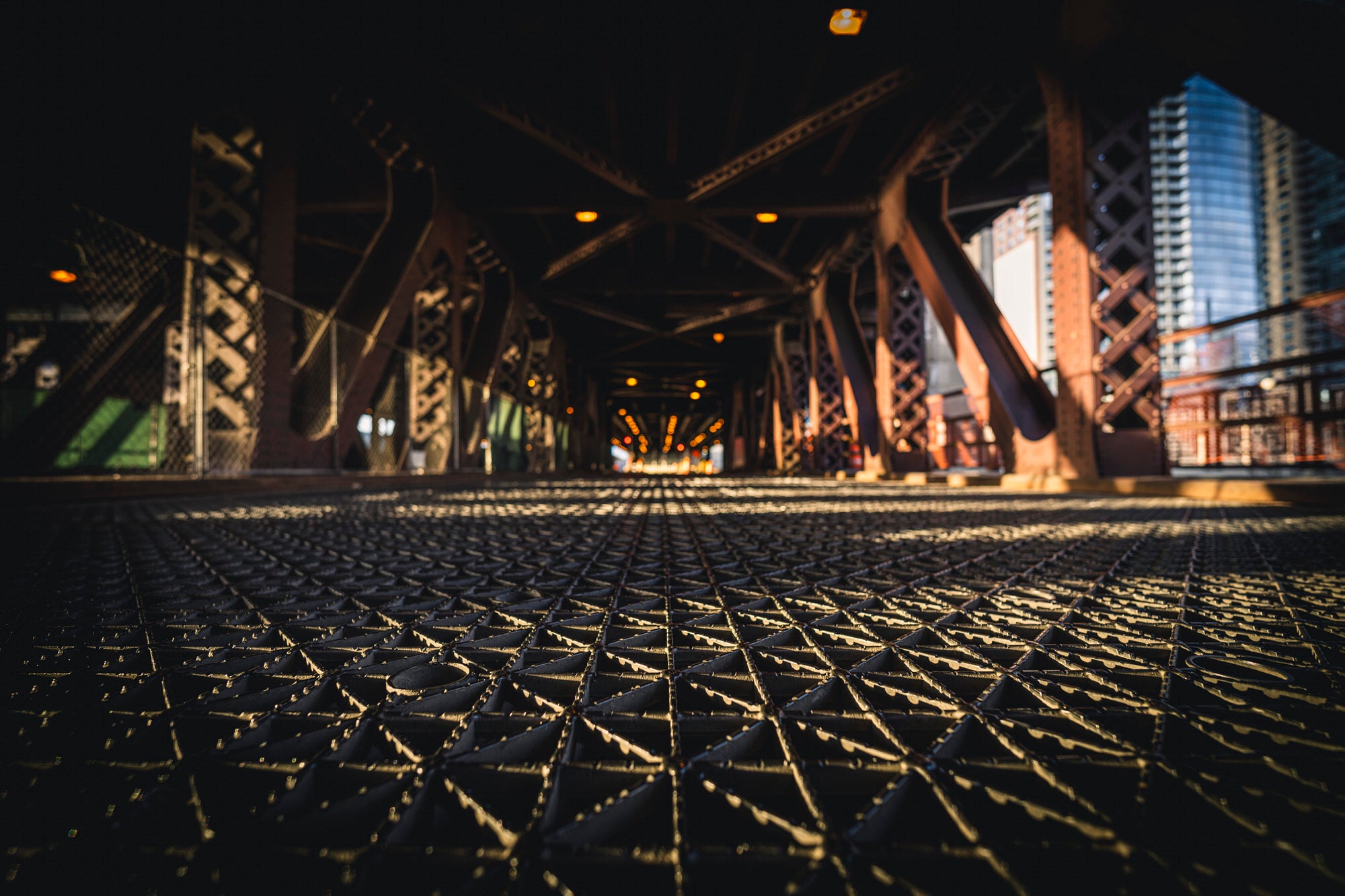 "This is my dream night lens. I had a blast photographing sea stacks by starlight on an empty beach in Bandon, Oregon. Not only did I get a sky full of sharp stars, I was also able to capture the stars reflecting in the wet sand, a personal first. For night photography, I want fast, wide, and sharp wide open, and small enough to take wherever I go. Until now, I’ve had to compromise on one or more of these qualities to get the others. The Sony 14mm f/1.8 GM is all of these things.” – Gary Hart 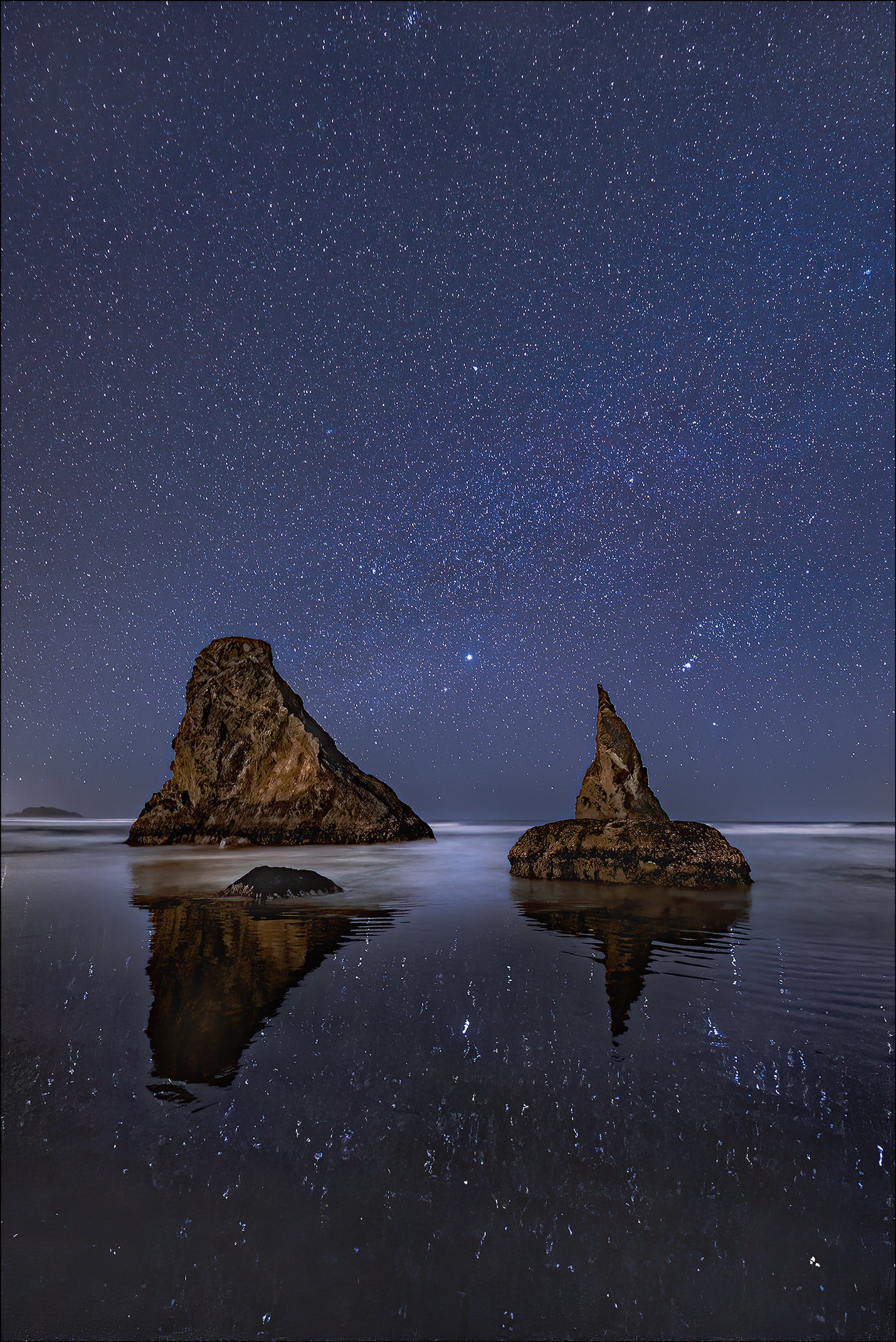 “I went to Manhattan Beach Pier to try out the 14mm f1.8 lens. It’s definitely my favorite beach back home because it has the perfect mix of natural landscapes and unique architecture. I love the lines of the pier and I really wanted to see how this lens would perform in an environment with both natural and manmade features. I was really impressed with the lack of any major distortion at 14mm. I was able to capture the scene without introducing any distortion or fisheye effect to the image.” – Tiffany Nguyen 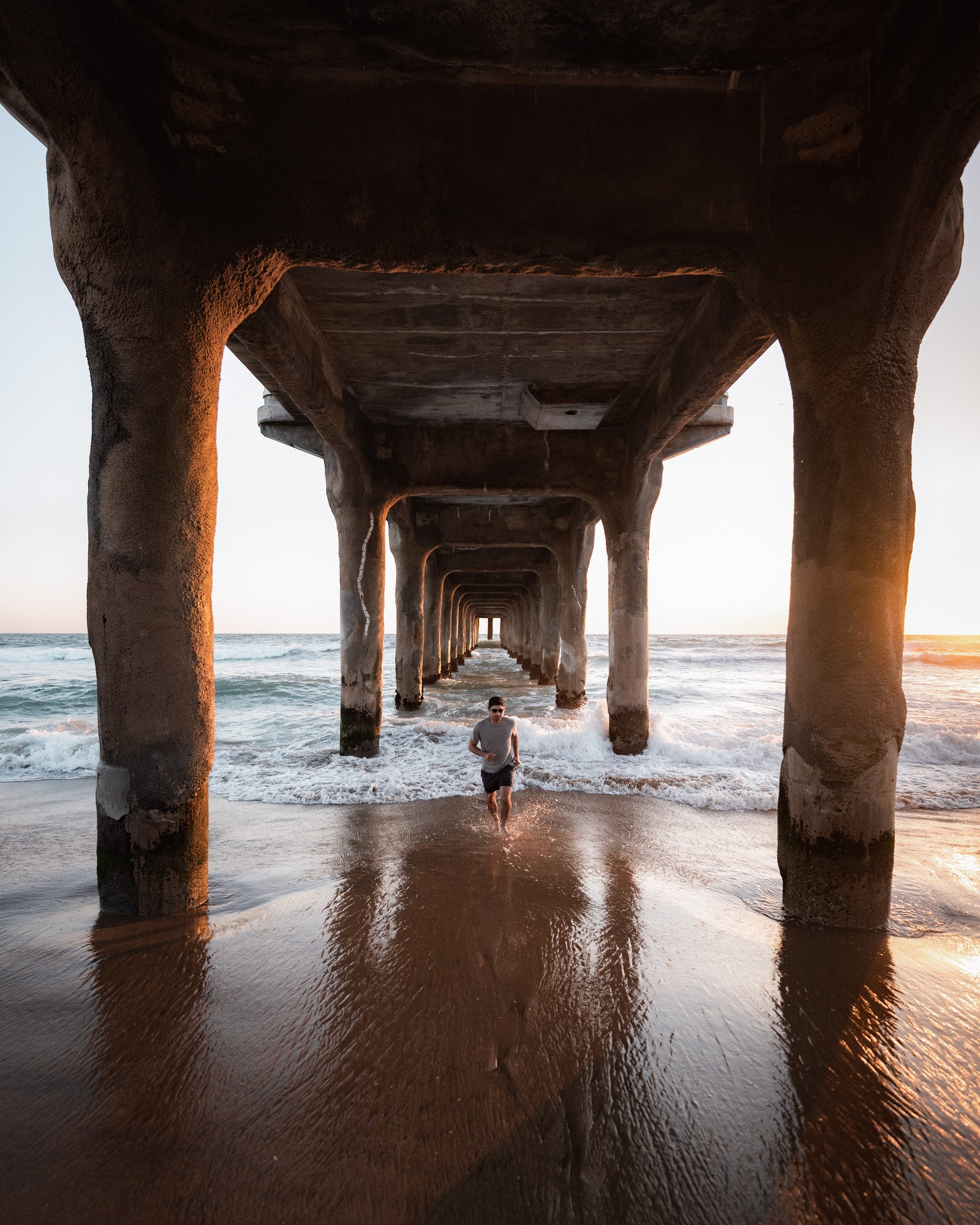 "I like the 14mm focal length for astrophotography. I love to include large star-fields and of course the Milky Way when it is available. I also love going really wide and getting very close to foreground subjects. This lens allows for an extreme depth of field, which in turn allows me to create a lot of near/far relationships in my composition. The f/1.8 aperture is extremely important when photographing the night sky. This lens in combination with the Sony Alpha 7S III makes an exceptional astro photography powerhouse. I was shooting the night sky and the moon had already set and I was able to shoot at ISO 6400 for about 15 seconds, producing an extremely clean frame that was noise-free and razor sharp." – Don Smith 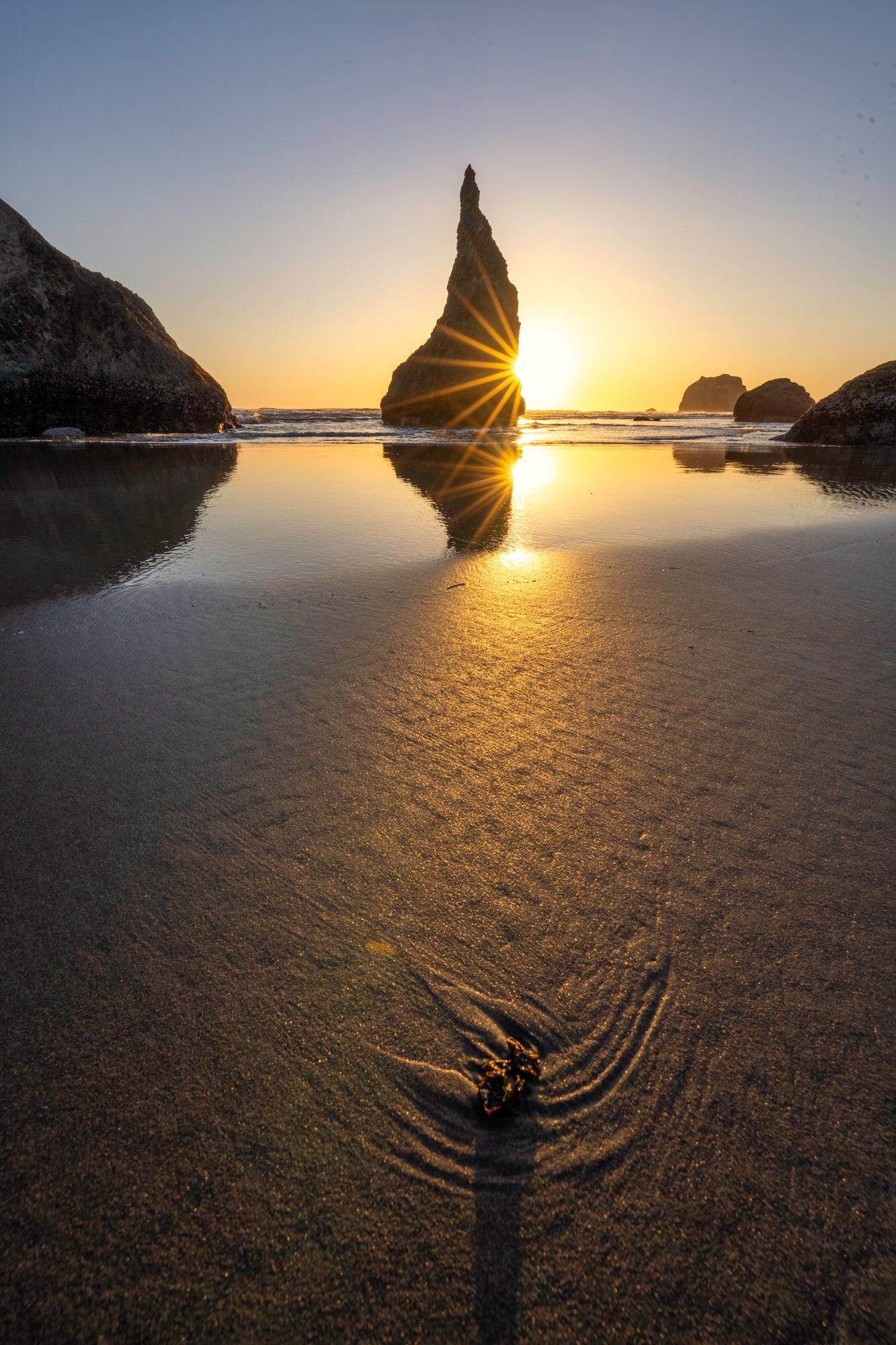 “I'll just go on the record and say this is my new favorite lens for astrophotography. What stood out most to me was the lack of distortion even at f/1.8. Clean straight lines from corner to corner. It's astonishing how it pulls off extremely sharp stars in the furthest corners with nearly no signs of chromatic aberrations at f/1.8. I stopped down to f/2.0 just to be sure. but after shooting with it for a few days I felt like f/1.8 was more than acceptable. Most lenses out there shot wide open would give you unfavorable results.” – Stan Moniz 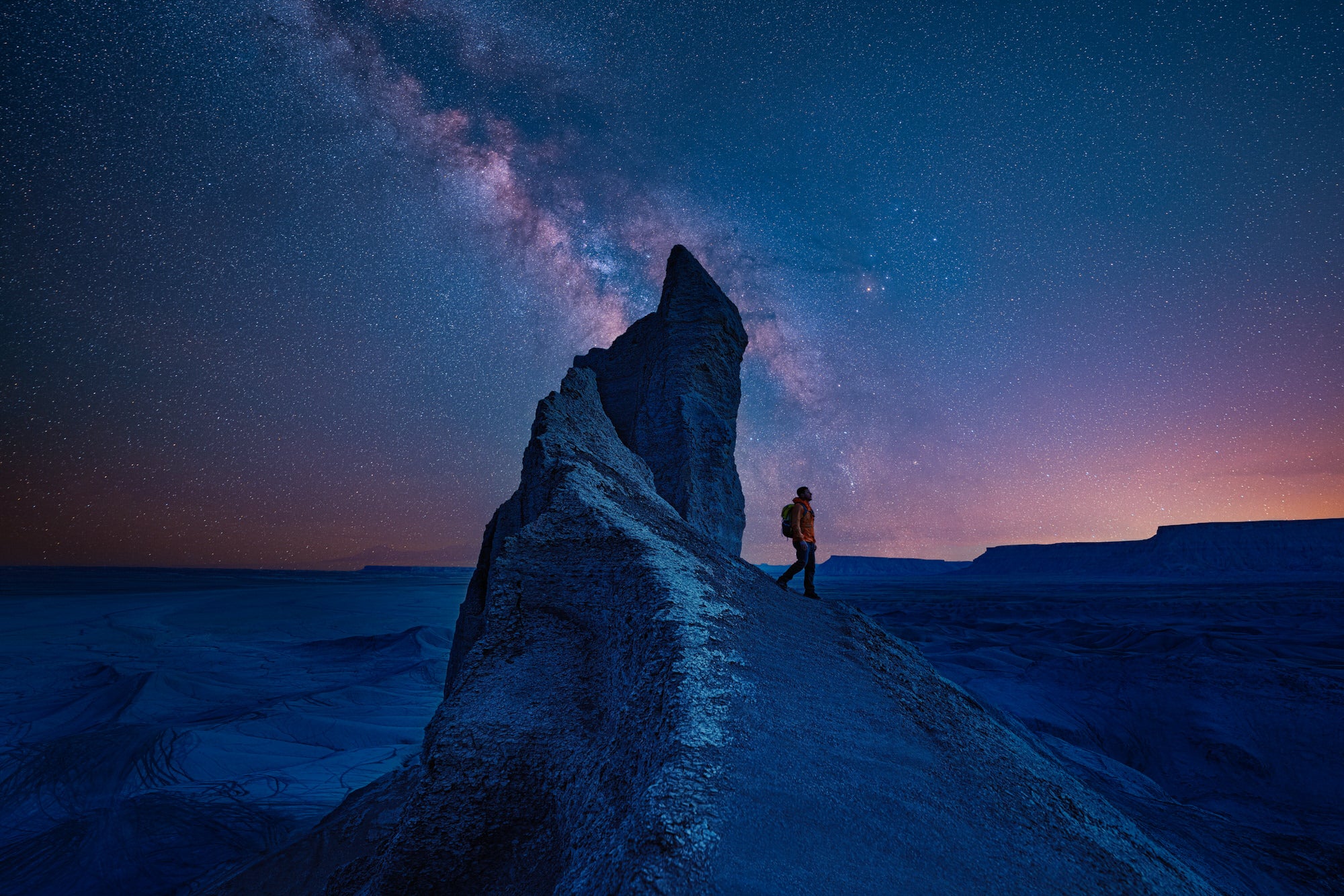 “My favorite thing about this lens is absolutely the size and weight. When you compare it to the only other lens that has this combination of focal length and aperture, it’s just a different class. For mounting, for carrying, for packing, for gimbal use or handheld - it’s just an all-around more pleasant experience especially because the design makes it so well balanced." – Tobi Shinobi 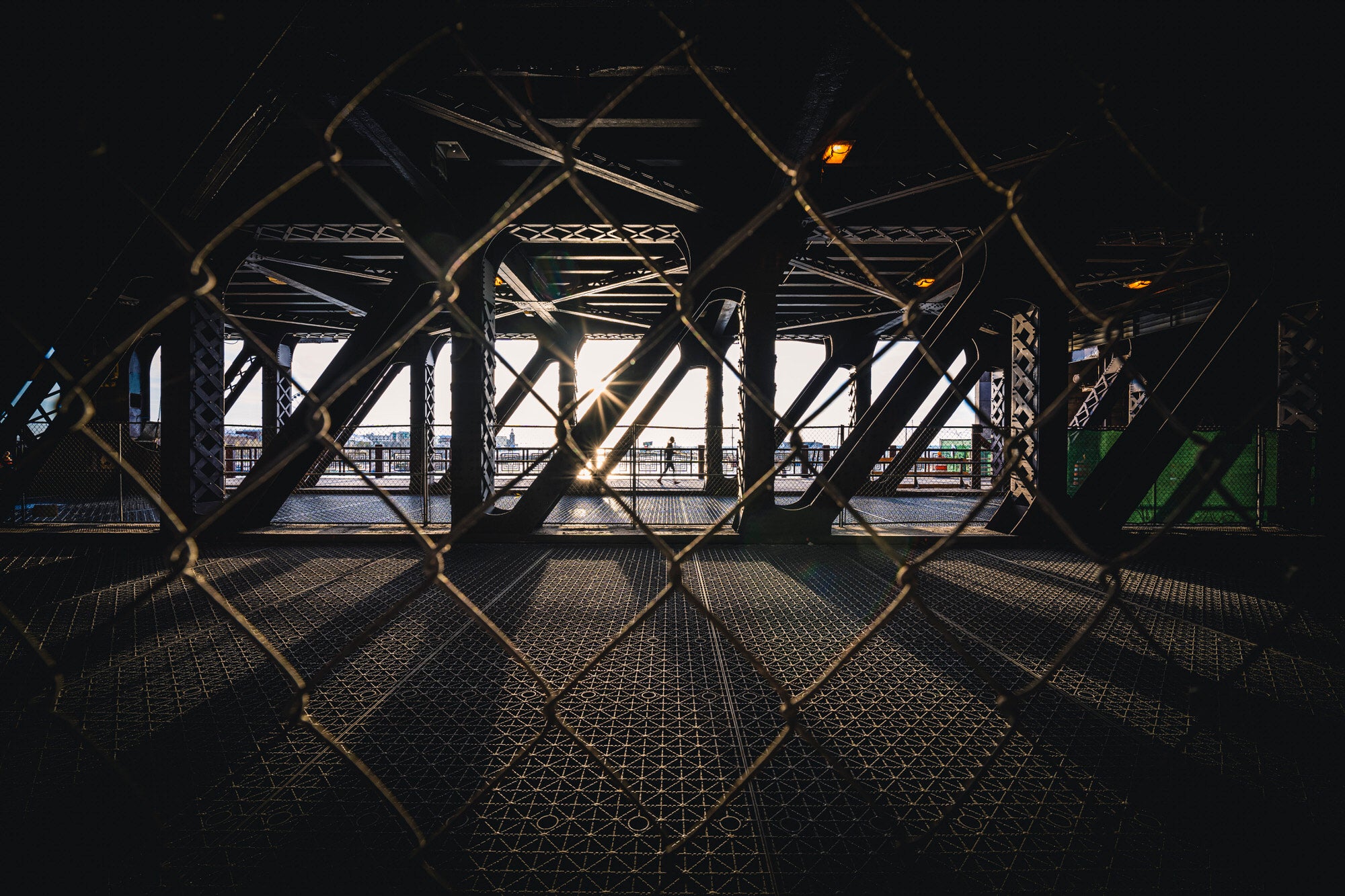 "I’ve loved astronomy since I was a kid, but technology has limited my astro-photography for most of my photography life. For the kind of night photography I do, I want lots of sky and lots of photons. In the past I could get one or the other, but not both. With the 14mm f/1.8 GM, those days are over. A fast lens that requires me to stop down a stop or two to maximize sharpness and minimize diffraction doesn’t provide much of an advantage. I was able to use this lens wide open and get amazing corner-to-corner sharpness. Using the combination of my Sony Alpha 7S III and Sony 14mm f/1.8 GM lens, I can no longer blame my equipment." – Gary Hart

"I put the 14mm to the test day in and day out capturing the best of landscape and astrophotography Arches National Park had to offer. I then flew back home to California where I did further testing in Joshua Tree National Park and off the shores in Laguna Beach. From the moment I opened the box and felt it in my hands, I knew this would be a lens of great importance. I was briefed on the specs and technical aspects and I guess seeing is believing. I just can't believe Sony could pull off a 14mm at f/1.8 in this size and weight."  – Stan Moniz 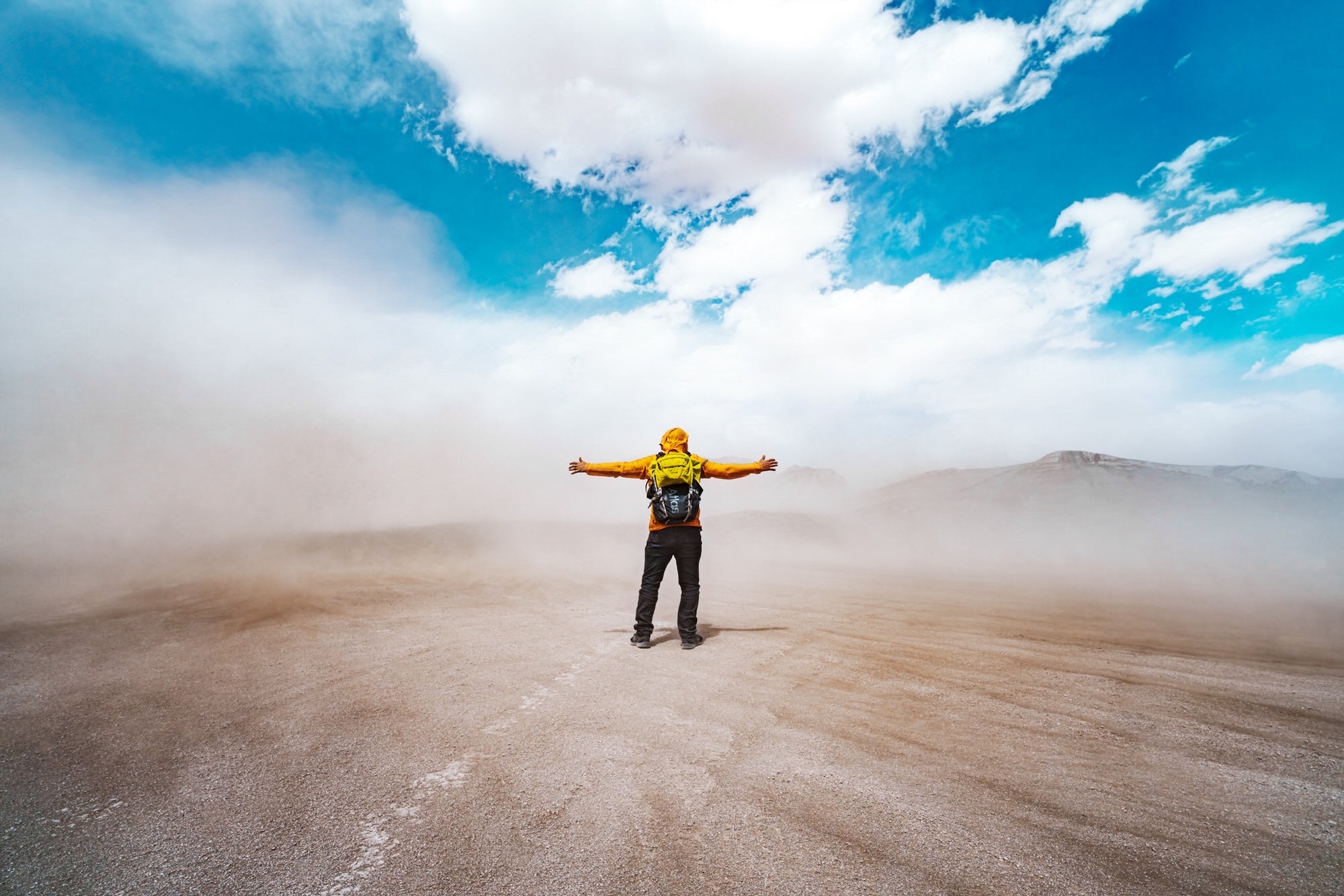 "To have the ability to shoot at f/1.8 for astrophotography and have incredible edge to edge sharpness was amazing. I love that the lens is extremely lightweight and compact. I also love that they put a switch in that allows us to use click stops, as well as a smooth turning of the aperture ring to fine tune the exposures. I plan on having this in my bag at all times. It will be my go to lens for astro photography as well as general use for ultra wide angle landscapes." – Don Smith 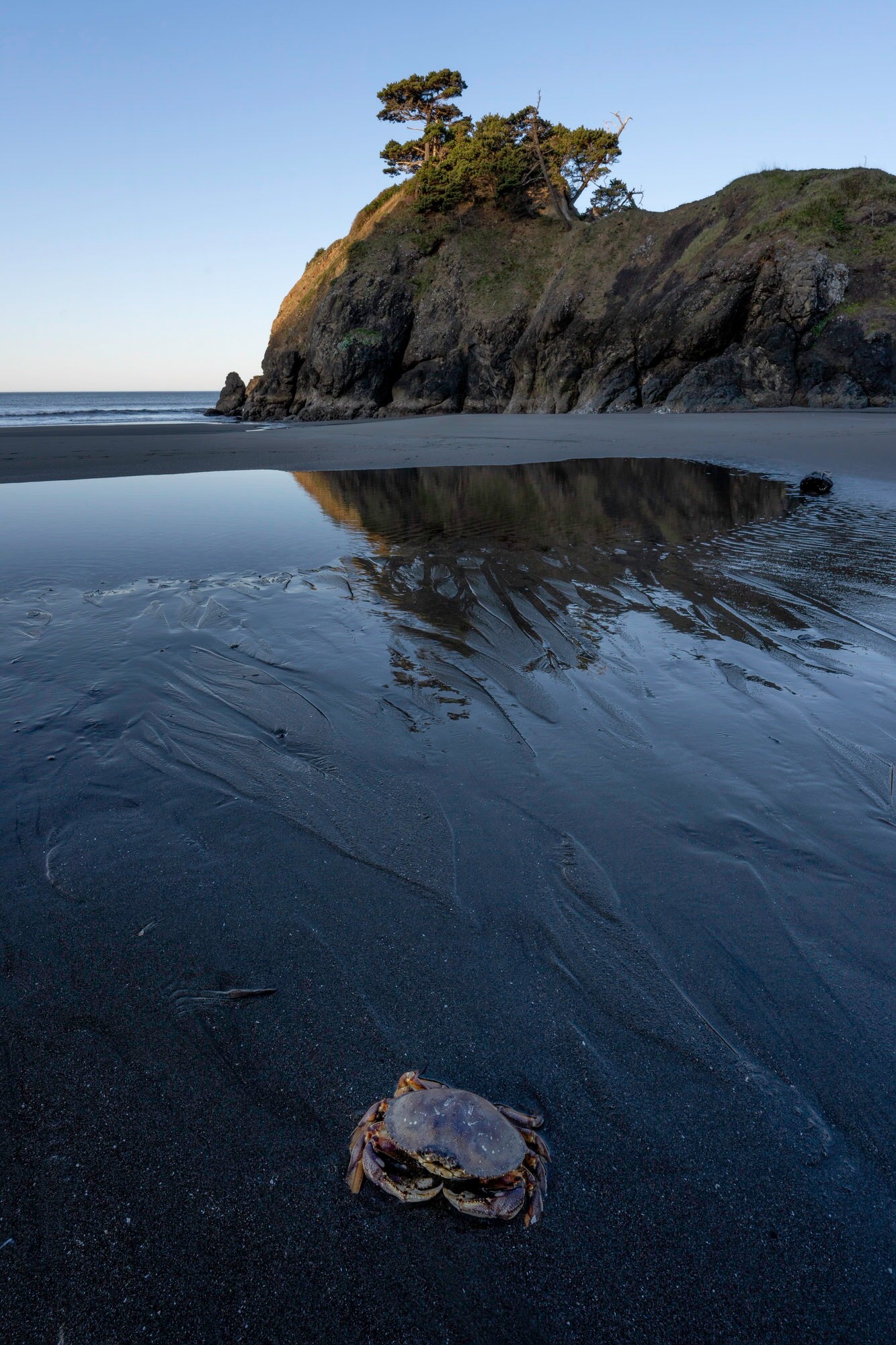 “14mm gives me a completely different perspective. It allows me to get creative and capture images that I typically wouldn’t be able to execute with a tighter lens. My favorite thing about this lens is how fast and sharp it is. I was so impressed that every shot was perfectly in focus, even in low light situations. The 14mm GM is going to be my new go to lens for wide landscapes so I can truly show a sense of scale when capturing epic vistas.” – Tiffany Nguyen 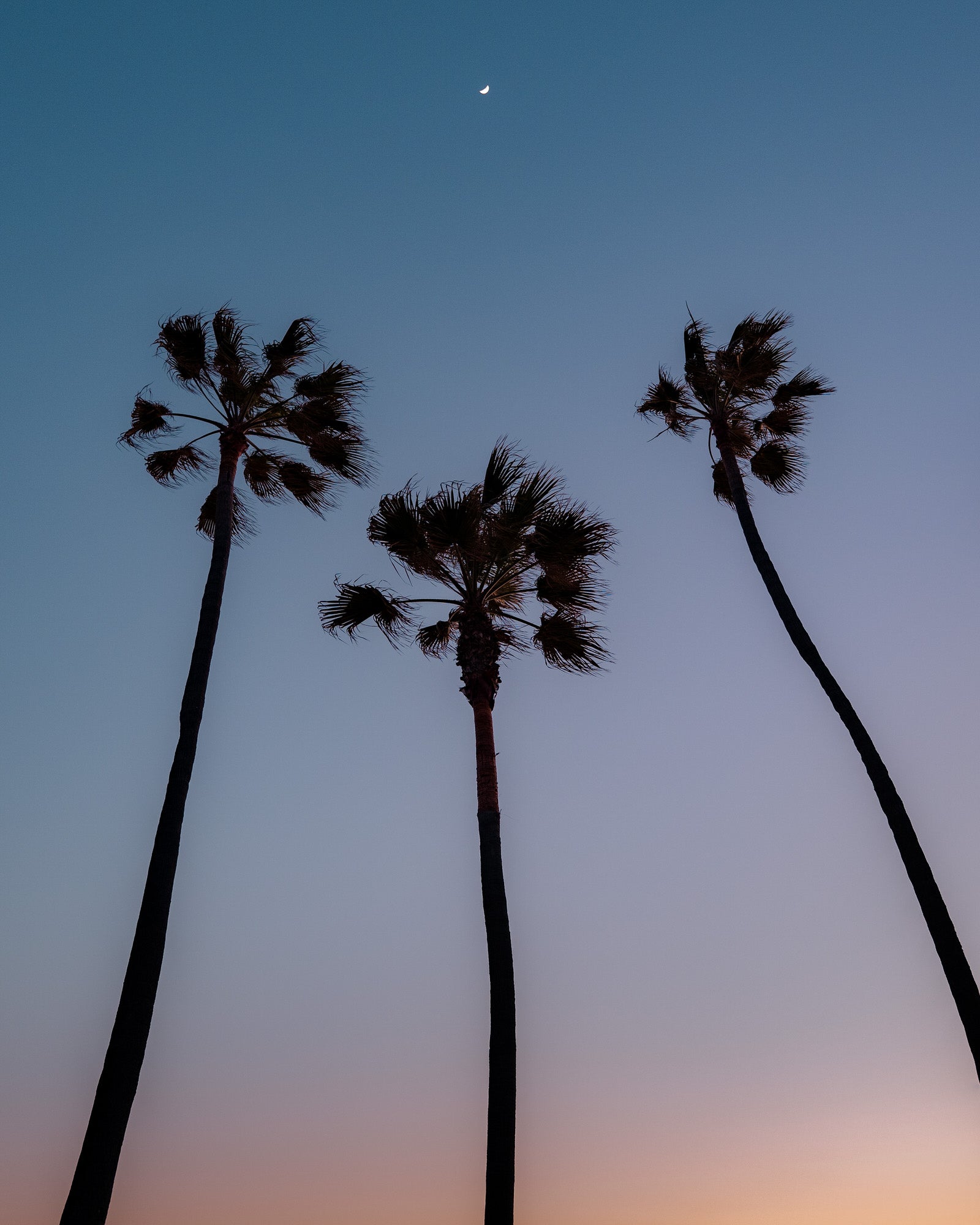 “In addition to the speed and sharpness, I’m blown away by the 14mm f/1.8 GM's compactness. There is no compromise in this lens. It’s so small and light, I’ll have no problem finding room for it in my camera bag, and I won’t even know it’s there.” – Gary Hart 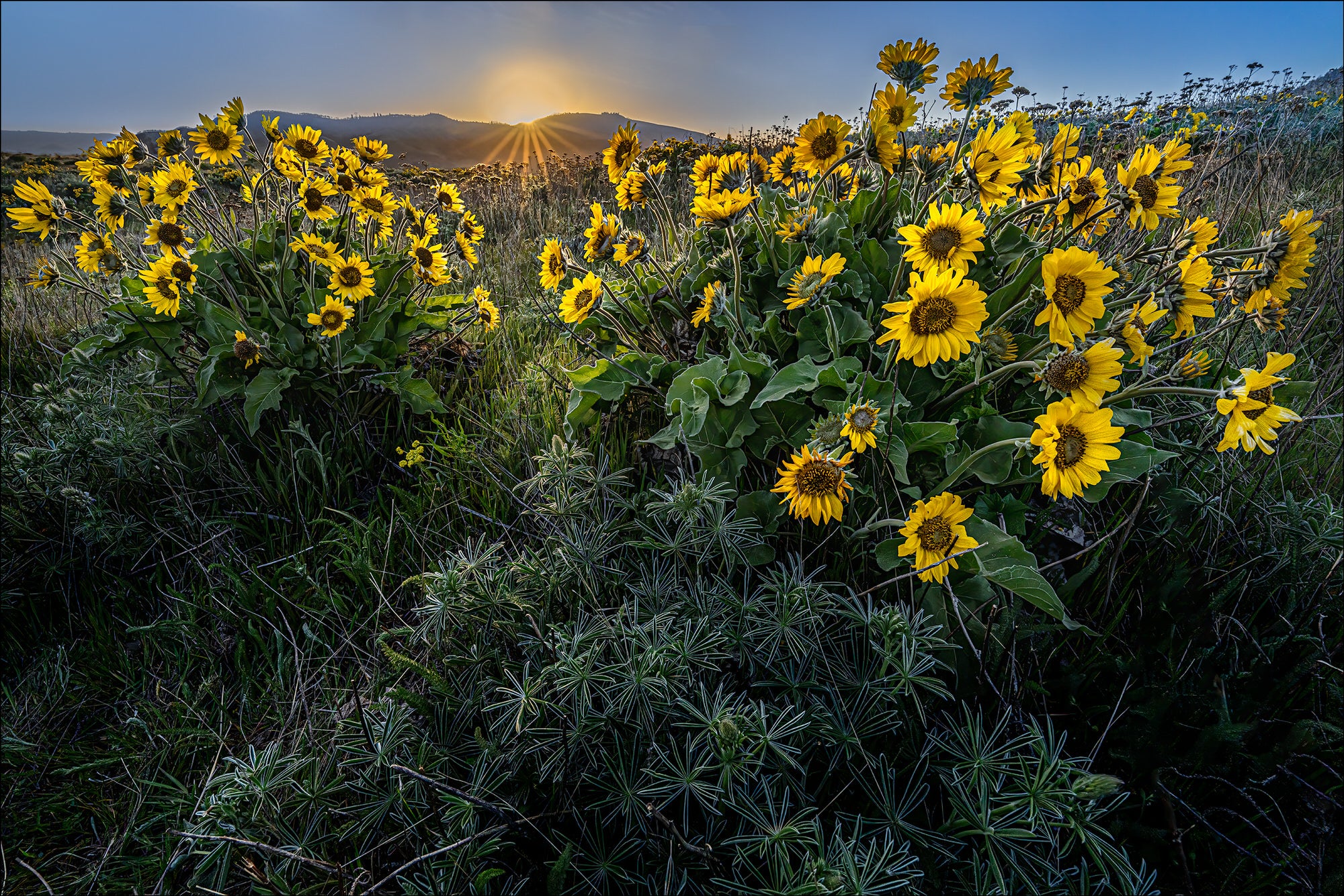 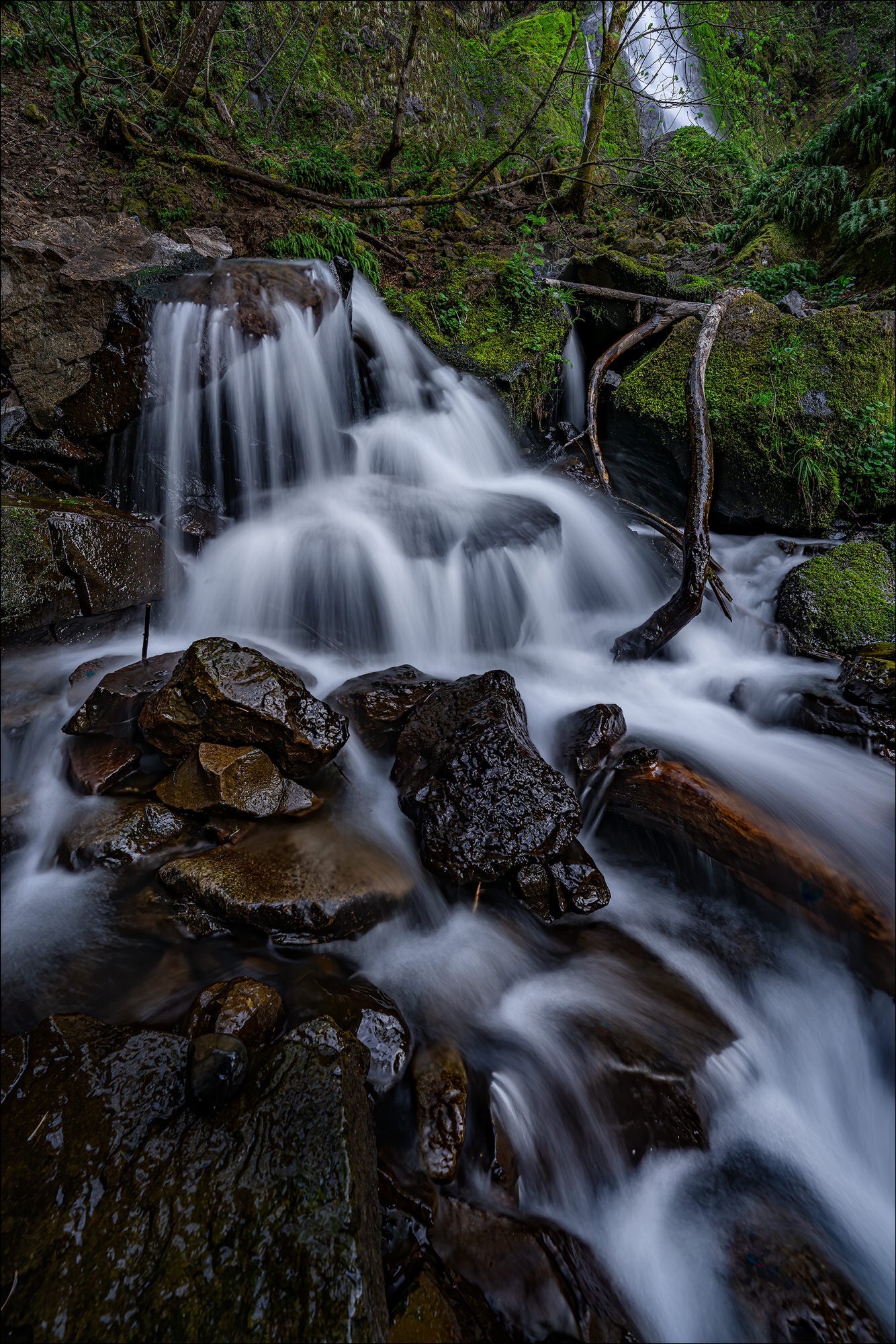 "I am absolutely in love with this lens. After playing with it, I knew I would want one, and likely it would live on my camera for quite a while. Its compactness, the sharpness, and its ability to shoot at f/1.8 makes it a great lens for the kinds of scenes I photograph and limits the weight in my pack." – Jess Santos 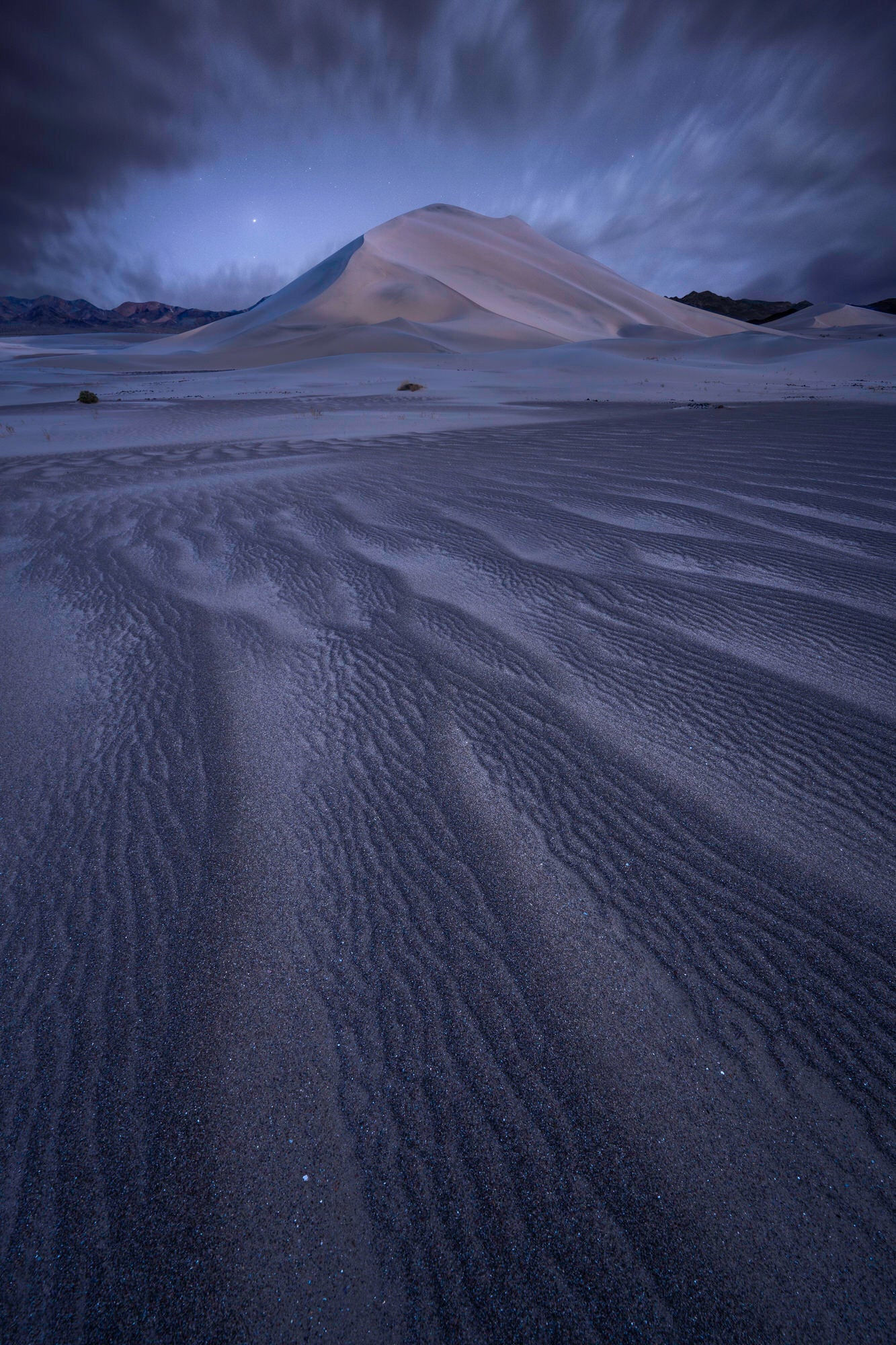 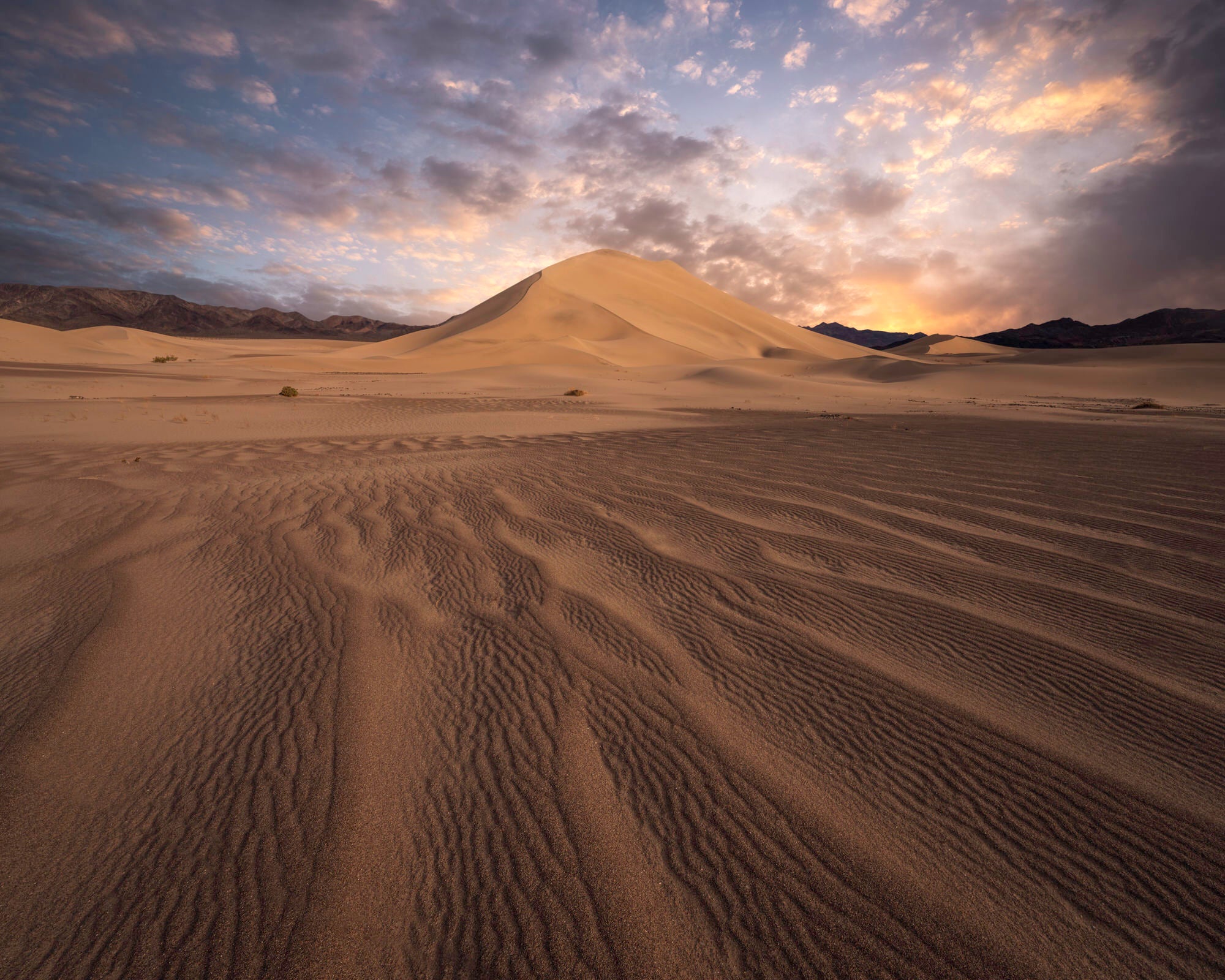 "There’s little to no distortion. It focuses very quickly and it kept up at 30 FPS on the Alpha 1. I'm very happy with this lens. I can’t recommend it enough and the pricing is a sweet spot for those looking to elevate their architectural skills." – Tobi Shinobi 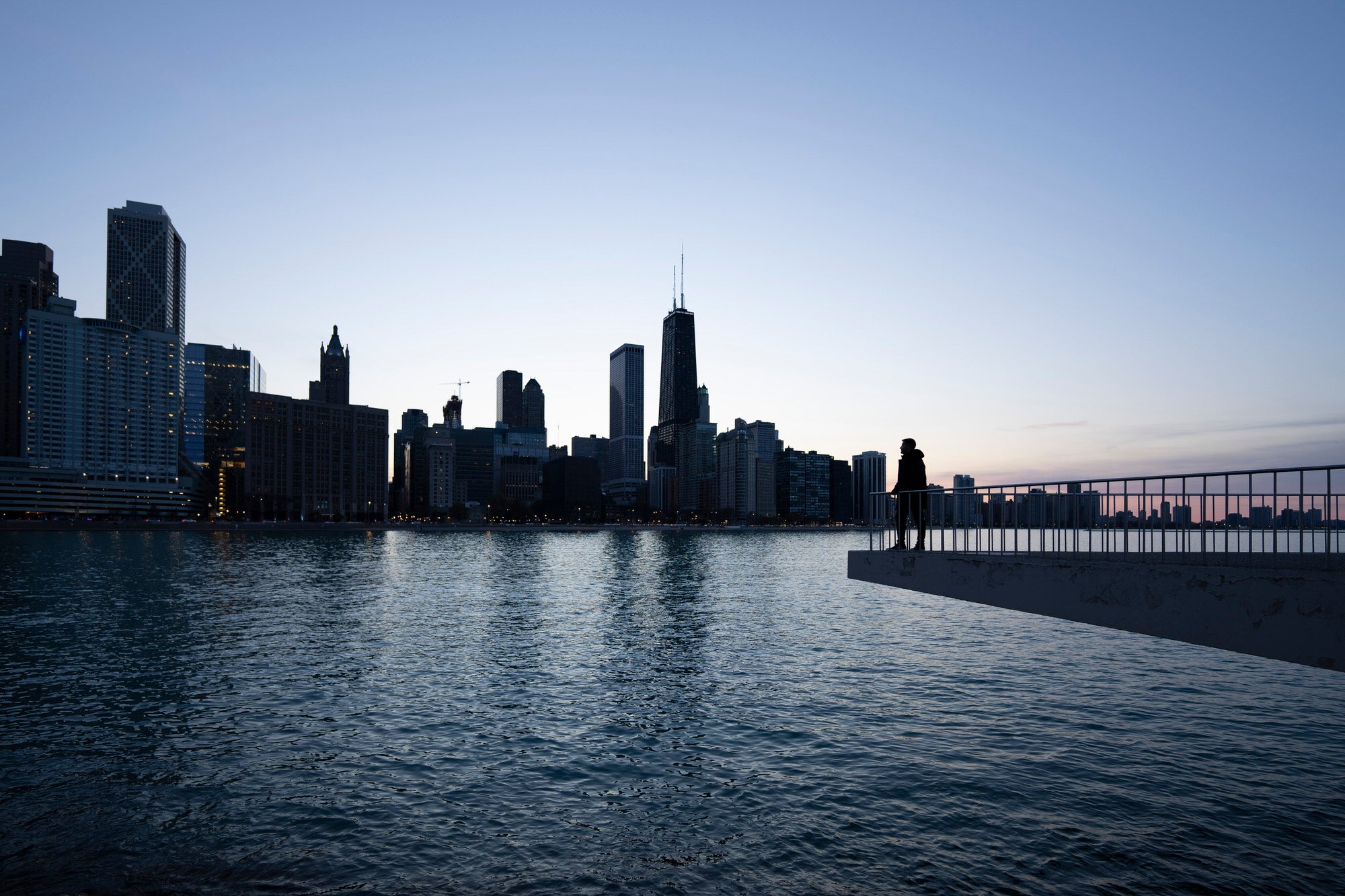 "The 14mm focal length is great for everything I do, but if I were to choose one thing I like it most for, I would say astro. It's a dream lens for this type of photography. The maximum aperture is on the top of the list of importance for my photography. The f/1.8 aperture allows for more light intake, allowing you to pull off faster shutter speeds which in turn produce sharp pinpoint stars." – Stan Moniz 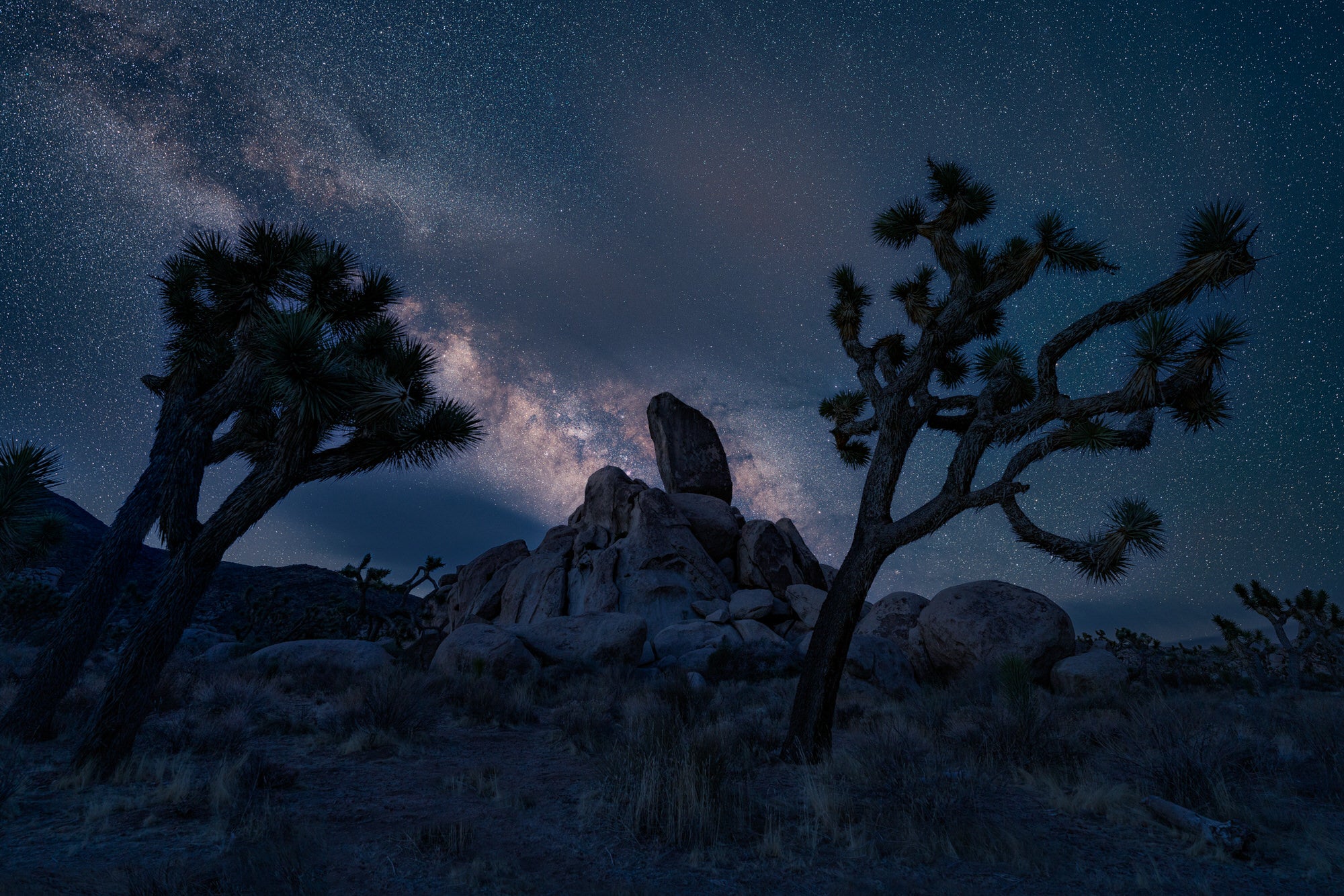 "Because this lens was a G Master lens, I was expecting exceptional sharpness. The true test came in the astrophotography when I shot the lens wide open at f/1.8. I could tell in my viewfinder the image was going to be extremely sharp and that was confirmed when I got back to my computer and enlarged the image 100% in Photoshop. There was no vignetting, and the edge to edge sharpness was impressive." – Don Smith 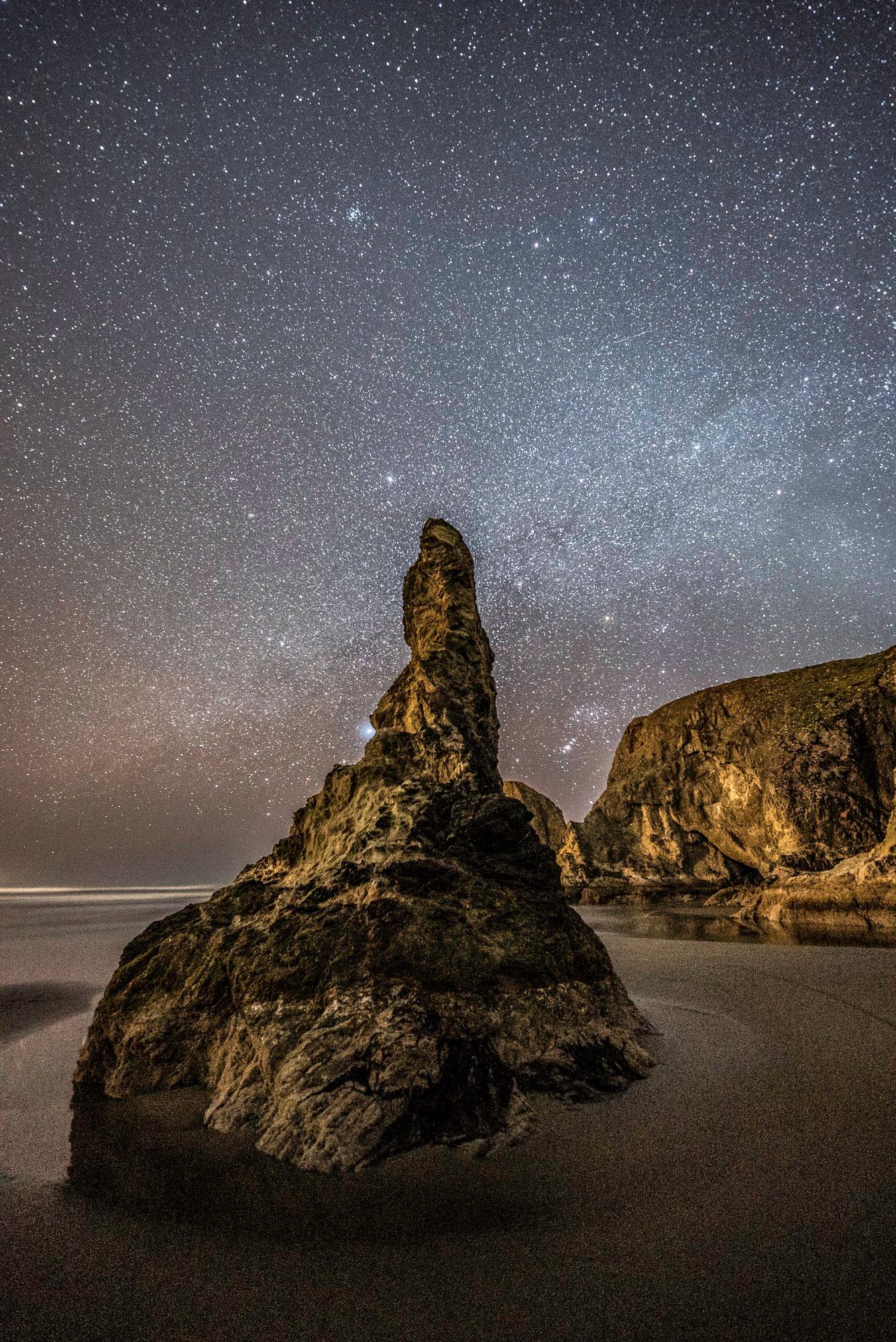 "The very first thing that stood out to me was how small and lightweight it was, hands down one of my favorite things about the lens. Secondly the lack of 'kites' or as I like to call them 'little birds' in the corners of the lens when shooting the stars at f/1.8." – Jess Santos 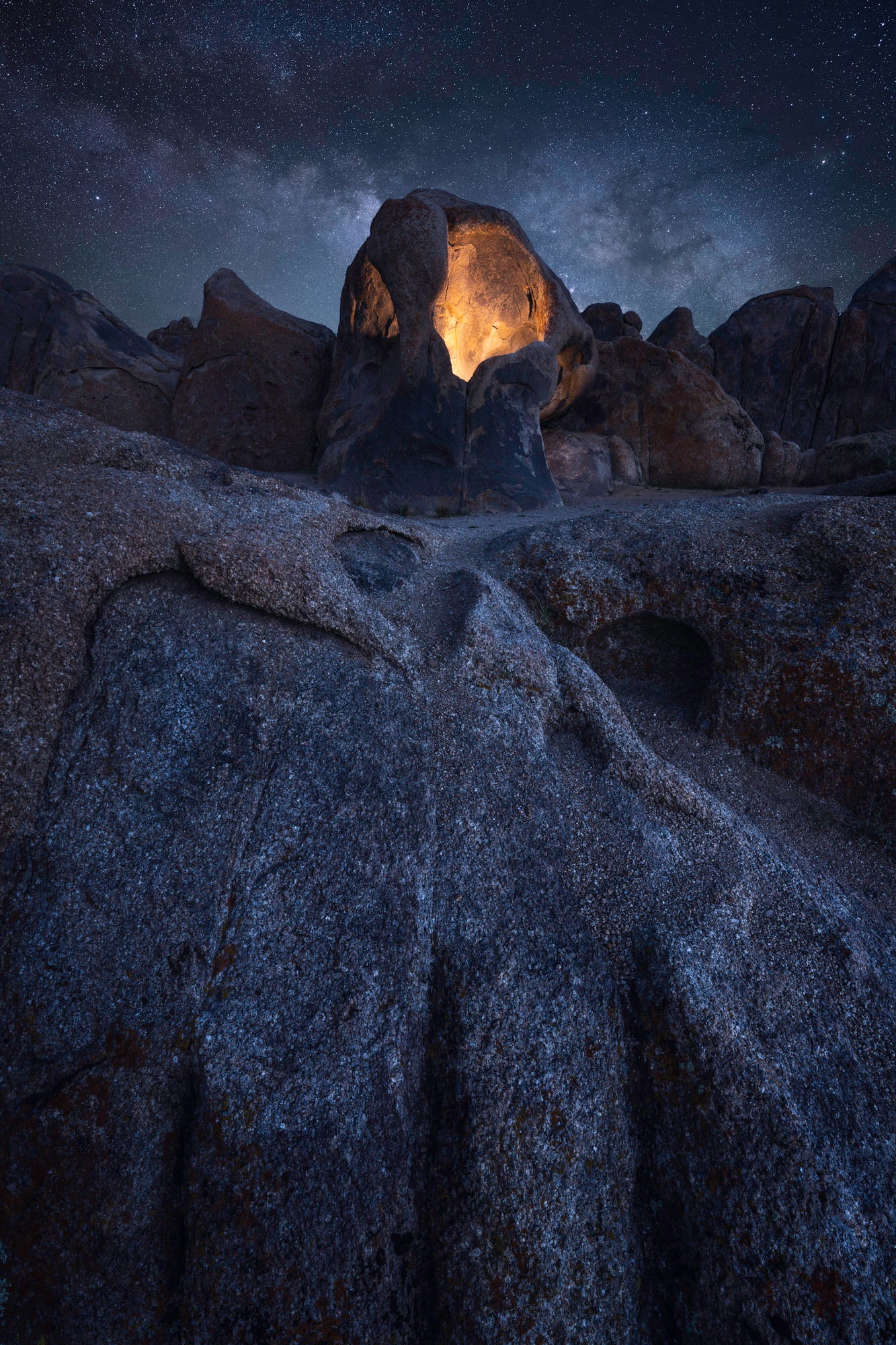 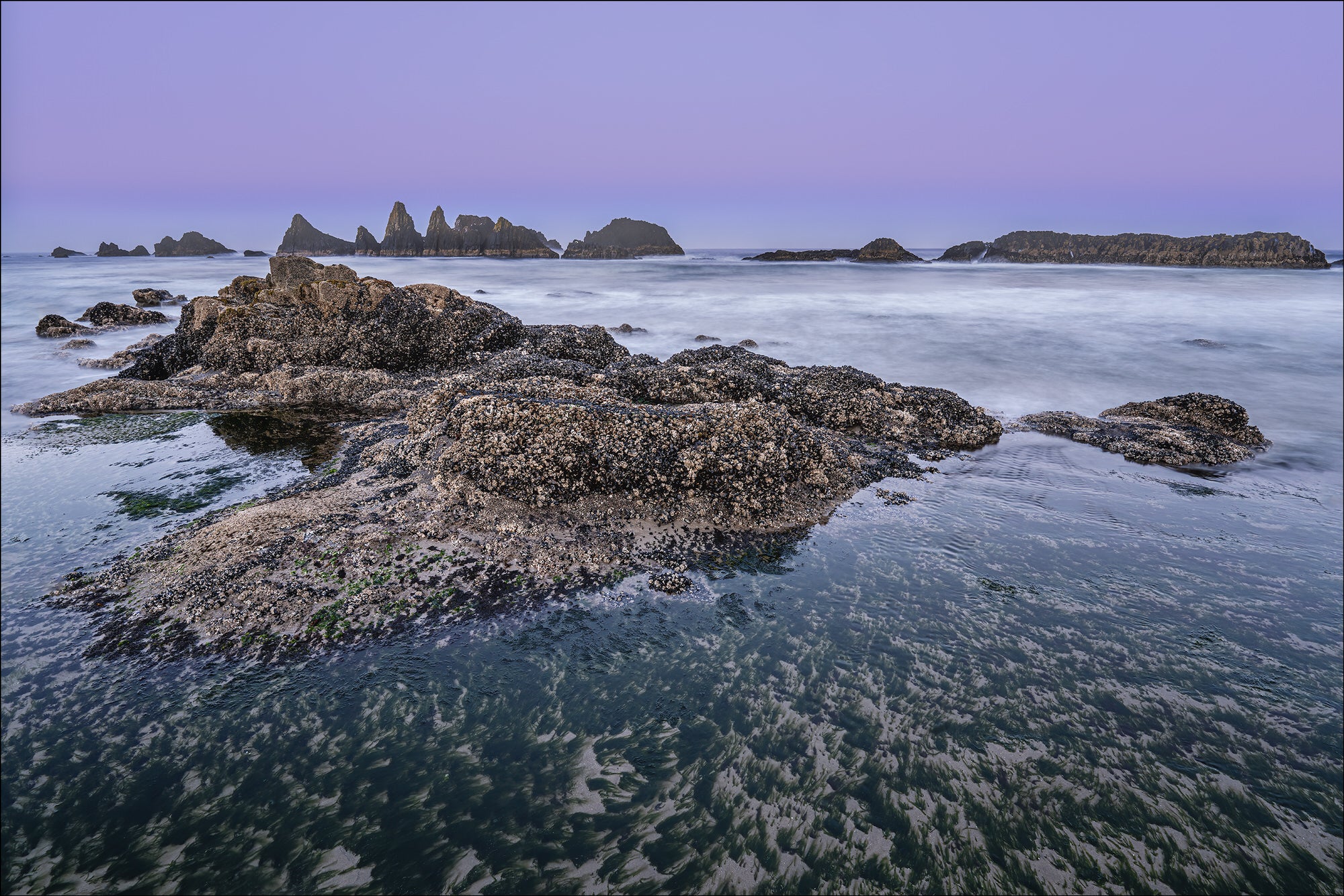 “This is a lens I can certainly trust to produce and keep up with my high demand for quality photos and video. It may be a wide-angle prime that might not fit every need, but having this 14mm alongside a 70-200mm or 24-105mm will surely cut down on weight in my kit. When the astro community gets the word that this lens can do all of that while being super light, small in size, and of course being super wide I foresee this being a hot ticket lens for astrophotography professionals and enthusiasts alike.” – Stan Moniz 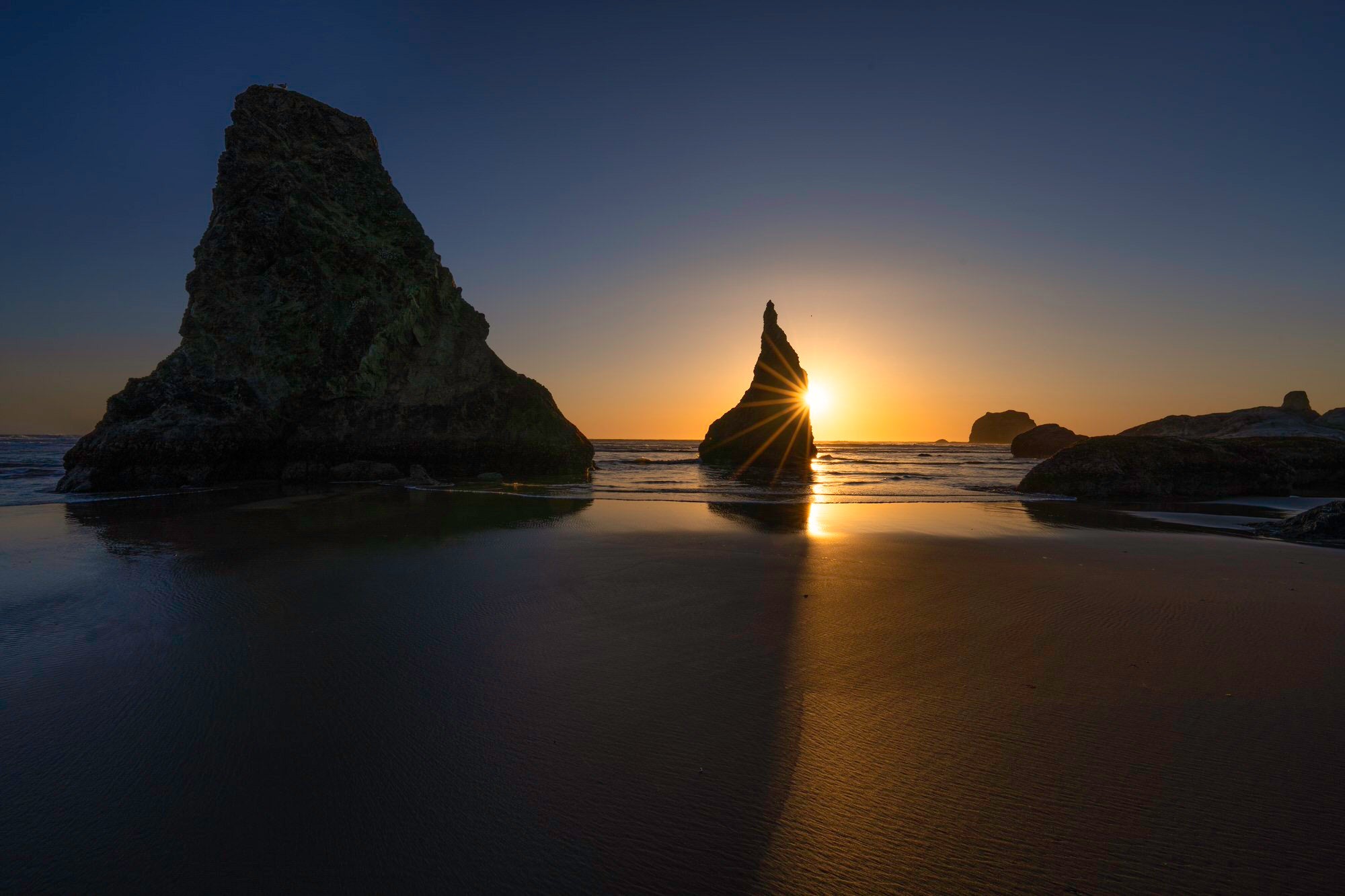 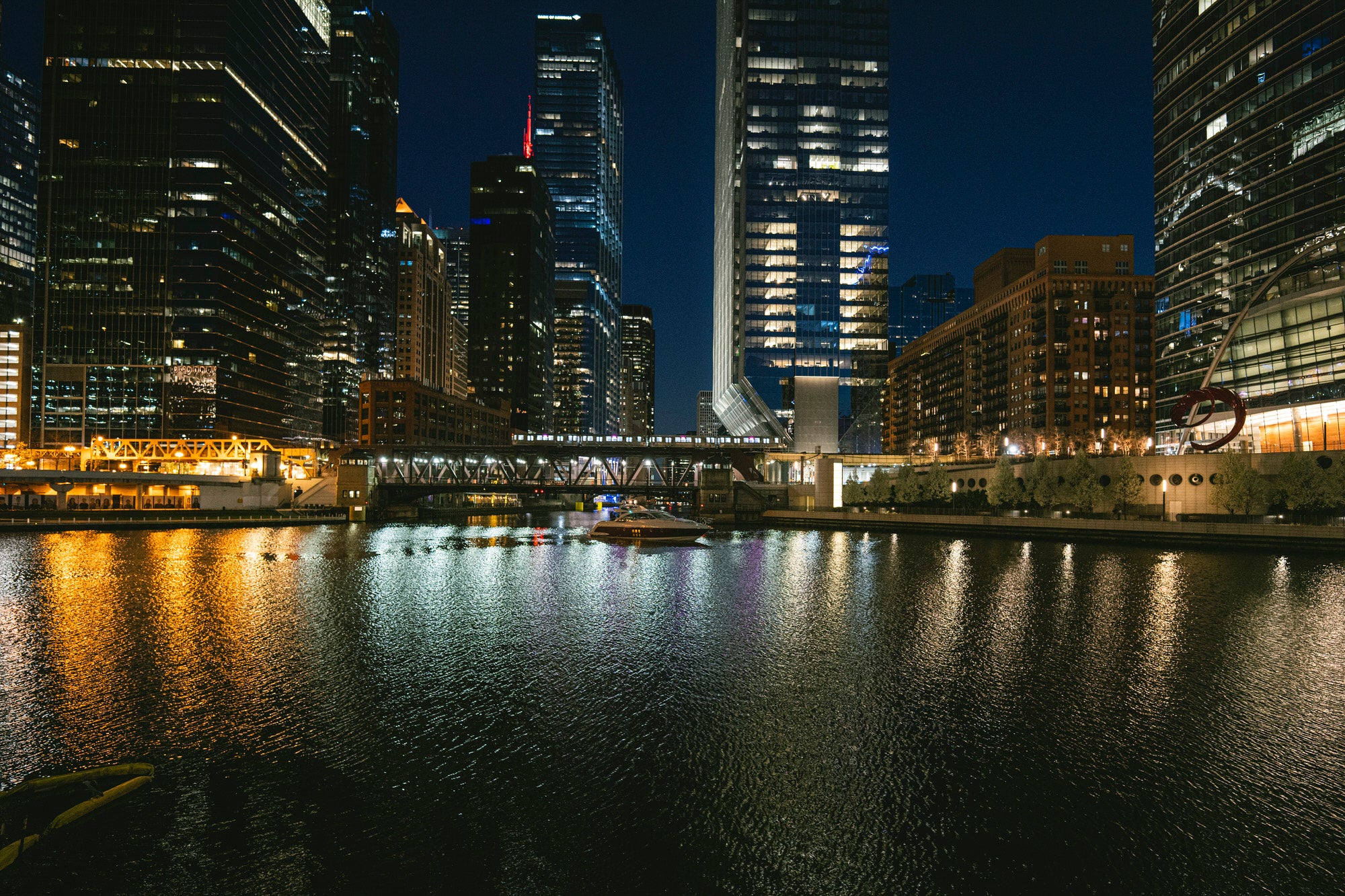 "The maximum aperture really shines in low light situations and when there isn't enough time to set up a tripod. This lens is great for those situations when I go to an event or I'm in a new space for the first time. It also allows me to get shallow depth of field in certain circumstances which can really make all the difference in a photo shot at that focal length." – Tobi Shinobi 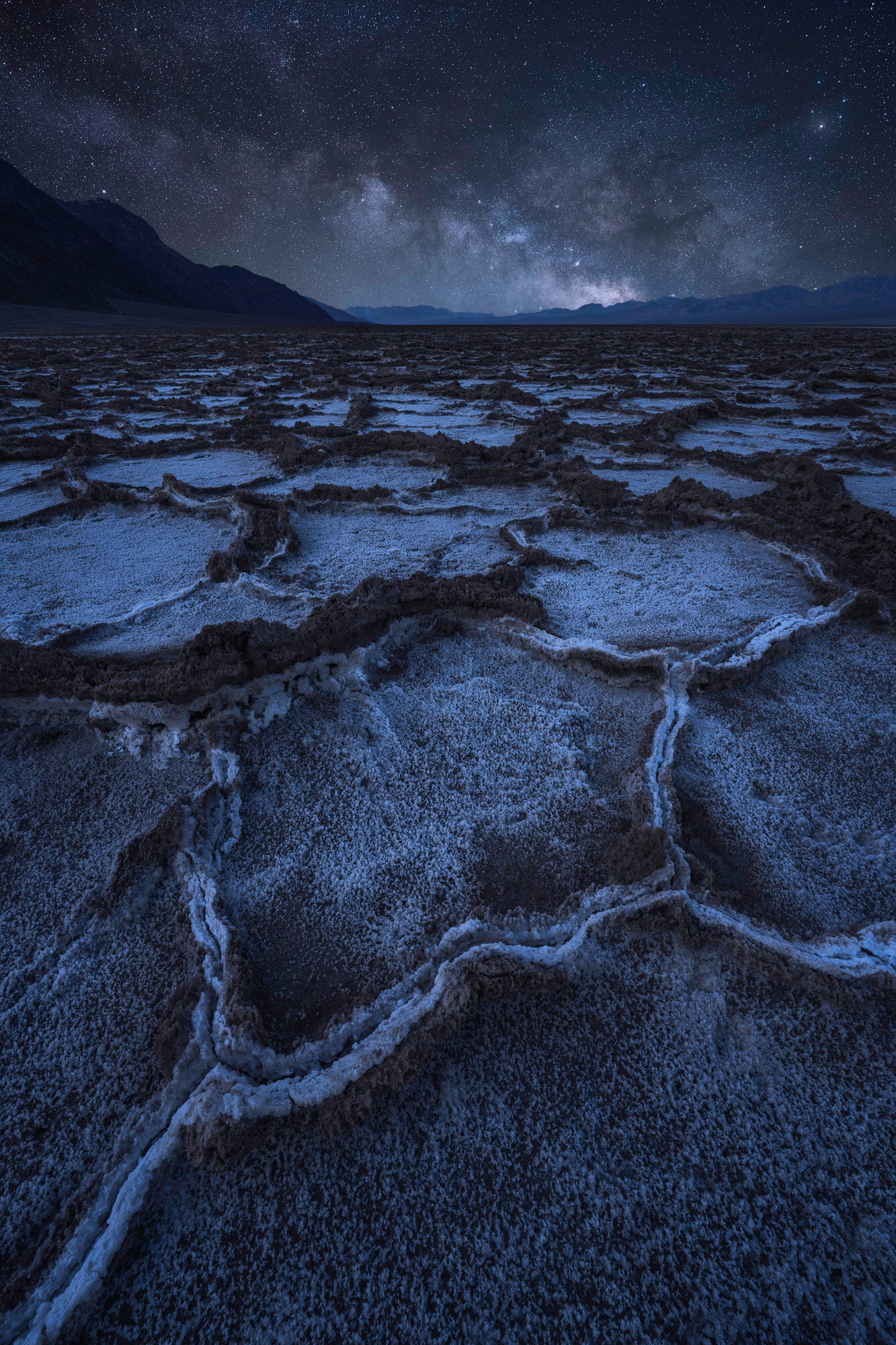 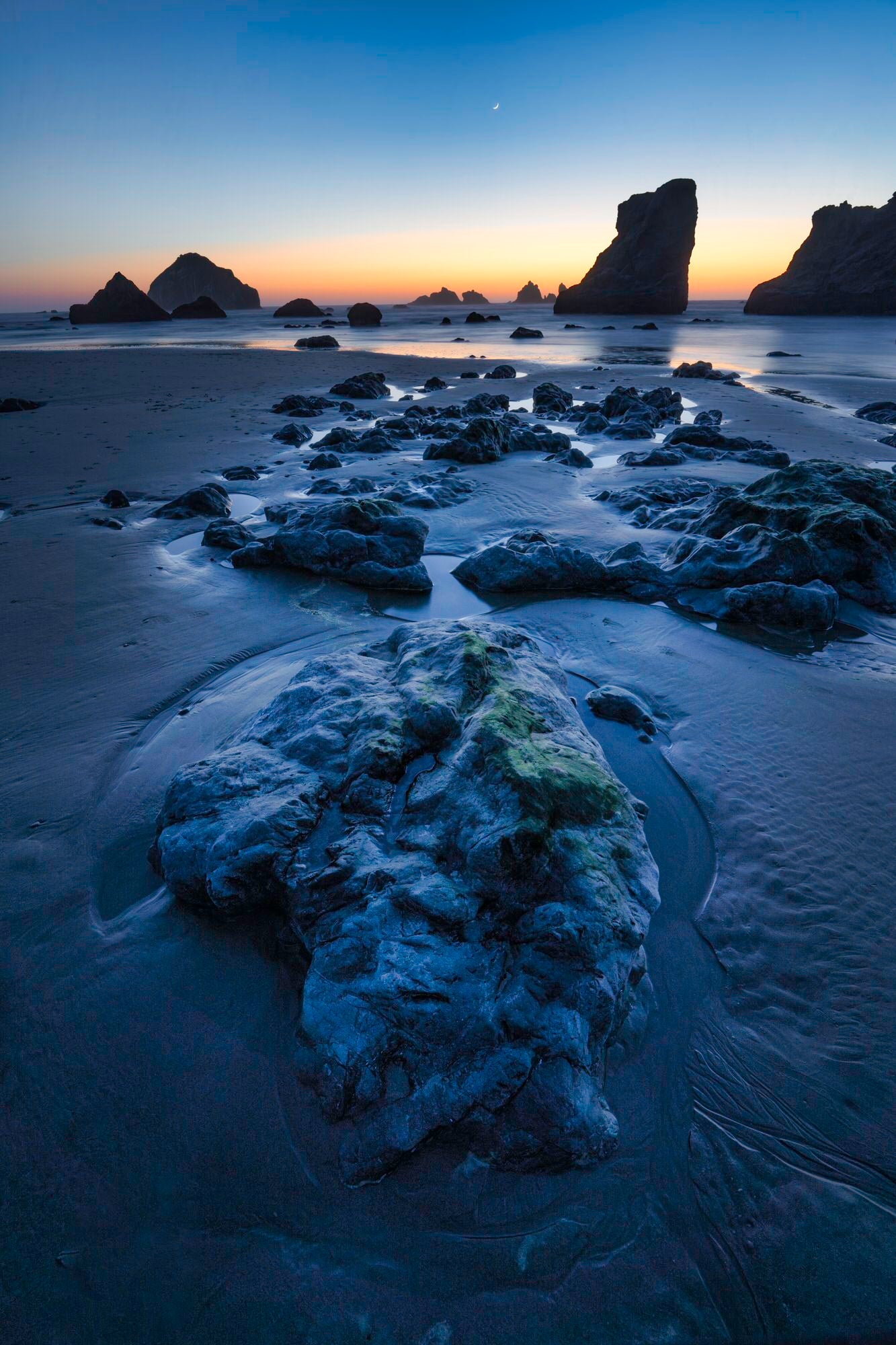