Professional landscape and astro-photographer Gary Hart has long been a fan of the night sky. "I've been a fan of astronomy since I was 10 or so," explains the Sony Artisan, "and I really started photographing it in the film days when it was difficult to do. Since digital, it's gotten easier and easier. First, it was just moonlight, but now that the technology’s even better I've really gotten into the Milky Way stuff.” When Hart’s shooting astrophotography, everything he does is about maximizing the light. "I set up my Sony Alpha 7S III to get the most amount of light possible without compromising my image beyond the point of no return," he says. "That's one of the reasons I use the Alpha 7S III, because it's just a monster at night.” He often pairs it with the Sony 14mm f/1.8 G Master because it’s so fast, wide and compact – perfect for the Milky Way. 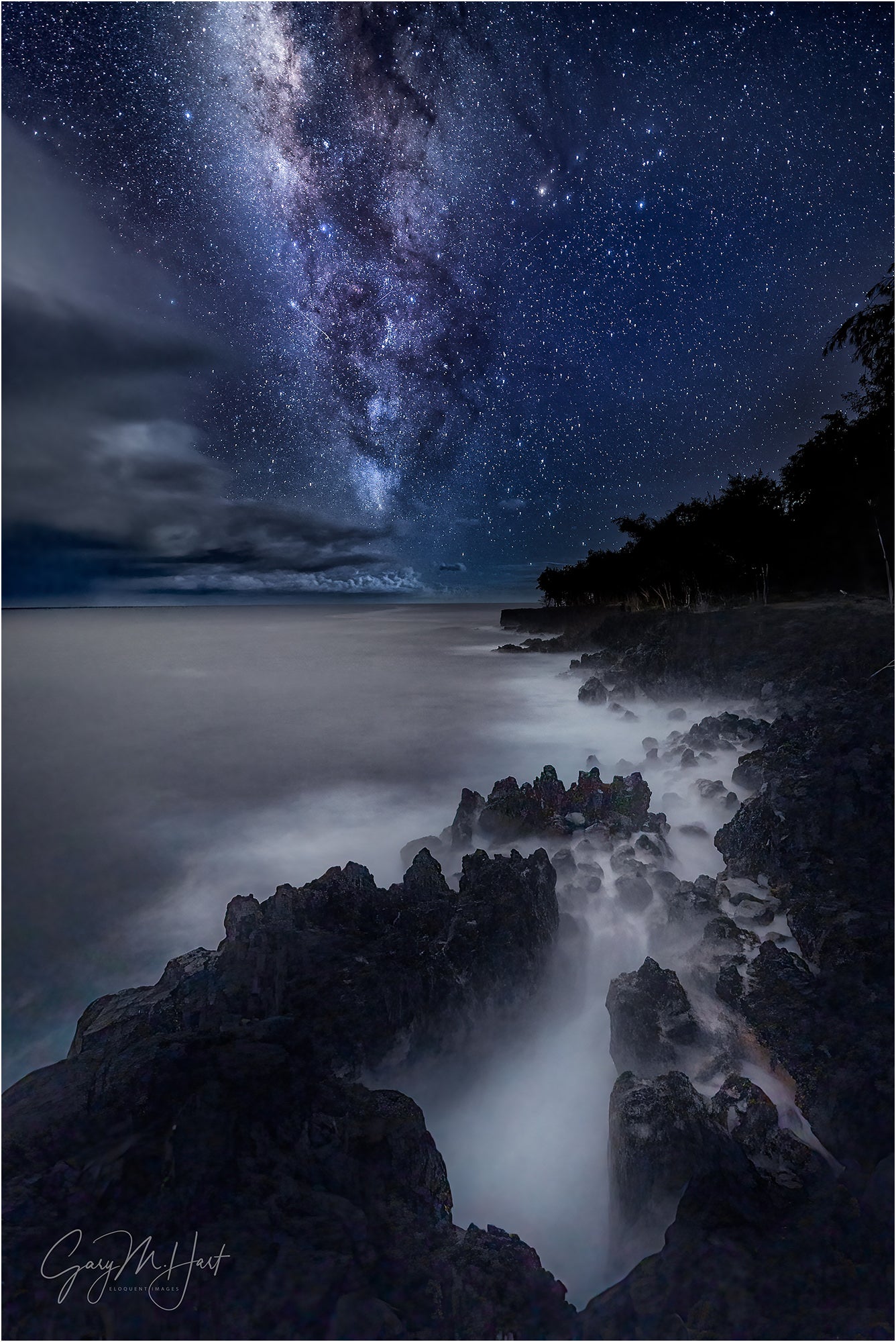 Hart has a process for choosing the right exposure for his astro images, and he always aims to get them in a single shutter click. “I’m a one click photographer,” he says. “I'm not interested in doing the composites. I’m a little more old school. I like to capture just what my sensor captured with a single shutter click. For the Milky Way stuff, which is really what I've gotten into more, I don't do that much moonlight because there aren't as many stars, it's all about maximizing the amount of light. Night photography is really about compromise and how much compromise you can accept. Because you're going to be going with a shutter speed that's longer than ideal, an F-stop that's wider than ideal ISO that's higher than ideal, all to get in enough light.”

Instead of complex image stacking, Gary Hart explains how to set up the camera to get perfect single-exposure photos of the night sky.

So how does he set his shutter speed, aperture and ISO to get the proper exposure in a single click? Keep reading as Hart explains how he sets each up each component of the exposure triangle for astrophotography.

Keeping in mind that every single exposure segment is going to be a compromise, Hart typically doesn’t like to set his shutter speed to longer than 30 seconds. The longer the shutter stays open, the more motion blur will turn those sharp pinpoint stars into blurry streaks. “My general shutter-speed rule of thumb is 30-seconds or less, preferably less – I won’t exceed 30 seconds, and do everything I can to get enough light with a faster shutter speed. Stars start to move a little bit, so 30 seconds is just the longest I'll go with the shutter speed.”

You might find formulas out there to calculate astrophotography shutter speeds, but Hart says he stays away from those because they’re inflexible and don’t account for everything. “They fail to account for the fact that the amount of apparent stellar motion varies with the direction you’re composing. So you’re better off without those.”

Hart says that for astrophotography he shoots wide open, but it does tend to depend on your equipment. Sometimes fast lenses aren’t the best when shooting wide open, so he tries to avoid them when shooting astrophotography. “At their widest apertures, lenses tend to lose sharpness, especially on the edges, and display optical flaws like comatic aberration that distorts points of light (like stars) into comet-shaped blurs. For many lenses, stopping down even one stop from wide open significantly improves image quality. If I have to stop down one-third or two-thirds, it defeats the purpose of the fast lens. Whereas if I shoot wide open with a lens like the Sony 14mm f/1.4 G Master, it’s fine. I’m not compromising that much.”

As Hart suggests, with astrophotography settings, it’s all about compromise to get the most amount of light possible to your sensor. “In a perfect world, I’d take every image at ISO 100 and f/8—the best ISO and f-stop for my camera and lens. But that’s not possible when photographing in near total darkness—a usable Milky Way image requires exposure compromises,” he explains.

In a perfect world Hart would like to take every image at the best ISO and aperture for his camera and lens, but that’s just not possible when photographing in total darkness. The reoccuring word for astrophotography (and this article) is, of course, compromise. “A usable Milky Way image requires exposure compromises,” he explains. “Raising ISO to increase light sensitivity comes with a corresponding increase in noise that muddies detail. The noise at any particular ISO varies greatly with the camera, so it’s essential to know your camera’s low-light capability.”