You probably have heard the term “VR” and people talking about how to film or photograph in VR. You’ve probably experienced this form of imagery with a VR tour of a hotel or viewed the interior of a new car on the manufactures website. Facebook now has the capability to show VR content on your news feed and with their acquisition of pioneering VR company, Occulus, you can expect that VR will only get more common across Facebook in the future. In fact, Virtual Reality imagery has been around for a long time. You could start creating VR back in 2000 and it was around then when I jumped into VR as a very early adopter.

There are several ways to shoot VR with various amounts of success for a good-looking image. We have options from using dedicated cameras all the way to a smart phone. Though a single shot solution (being able to take a full 360 image in one photo) may seem like an easy way to capture a 360 degree view it has its limitations in cost for the equipment and image quality of the output. A good compromise without spending large amounts of money is to use a single camera mounted on a VR head. Currently I do this type of work for museums around the US, mostly of aircraft cockpits. These high quality VR images are displayed on a kiosk so the visitor can view what the interior of the aircraft looks like.

To capture a VR image in this manner is pretty straight forward. I place my camera (with a wide-angle lens) onto the VR head which is attached to a tripod. I use the Nodal Ninja Mark II VR head. I align the camera & lens (often a full-frame fisheye) and position it such that the nodal point of the lens is centered over the rotation point of the VR head. The exact process varies slightly depending upon your VR head, camera and lens. When everything is aligned and positioned properly, you start shooting. Once you have taken the required amount of photographs you then use software to stitch the images together. The rendered image will be in a format that VR players can display so you can view them in any direction as if you were sitting in the cockpit looking around. 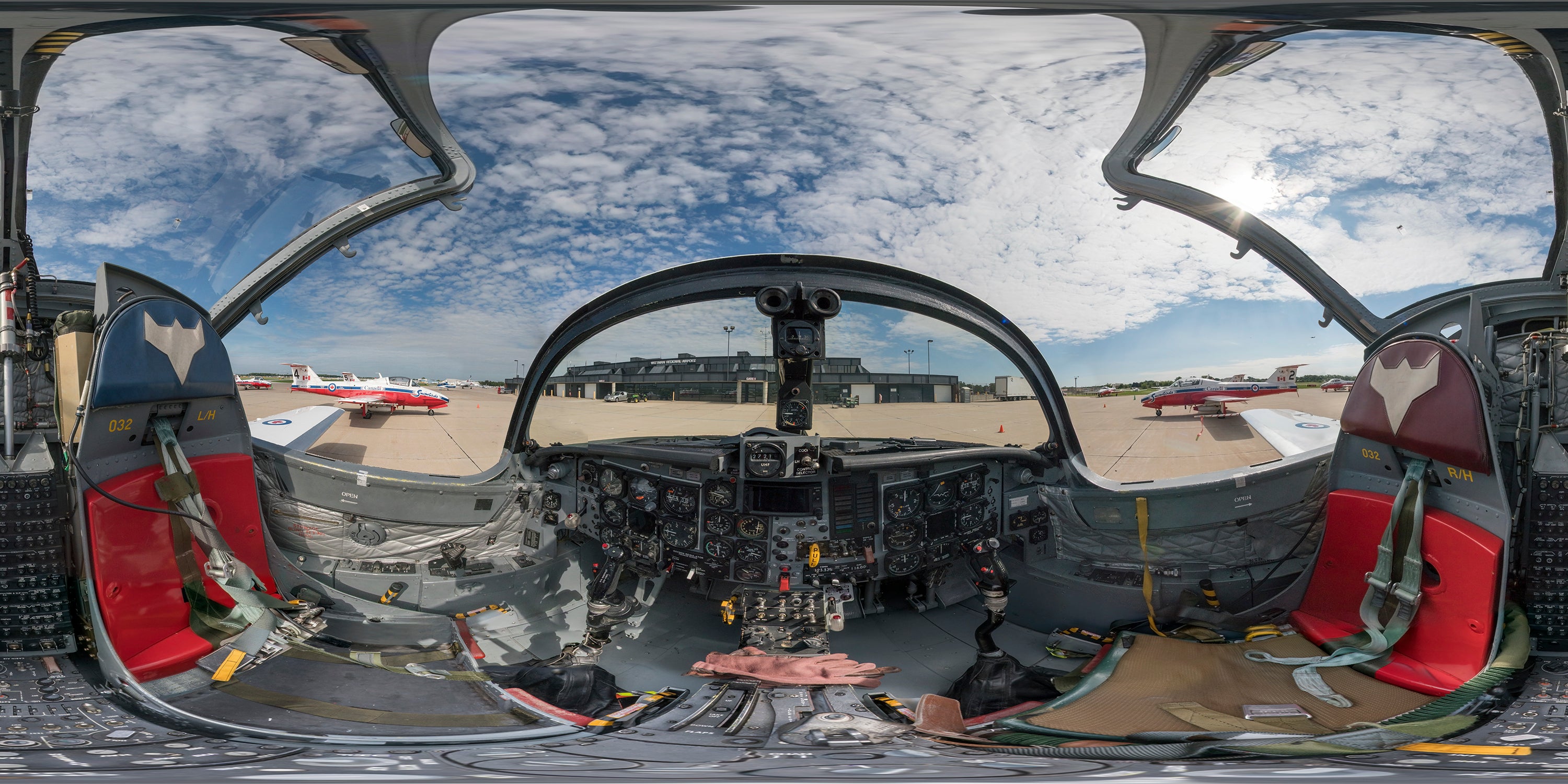 The stitched-together equirectangular image is 15,000 x 7,500 pixels! We’ve sized it down for this website. Click the + in the top left corner to see the full image.

For this image of the cockpit of the Canadian Snowbirds CT-114 Tudor aircraft I used the Sony α6300 with an 8mm fisheye lens, the Nodal Ninja MK II VR head and a small tripod. The VR rig was placed over the center instrument console with the legs straddling the two seats. When shooting VR in this way the images need a certain amount of overlap for the software to lock onto so with a fisheye lens I needed to take six photos. The VR head has detents so as I rotate the camera assembly, the VR head will click into place, letting me know I am in the correct spot to take the next photo. I set the lens to have the optimum focus on the instrument panel, about 30-inches away. At f/8, everything from one-foot to about 10-feet will be in focus. I leave the lens and camera setting the same for each shot. During setup I check what the camera is capturing for the first image by using the Sony PlayMemories Smart Remote Control app on my smart phone. After that, I use a second remote to trigger the camera. 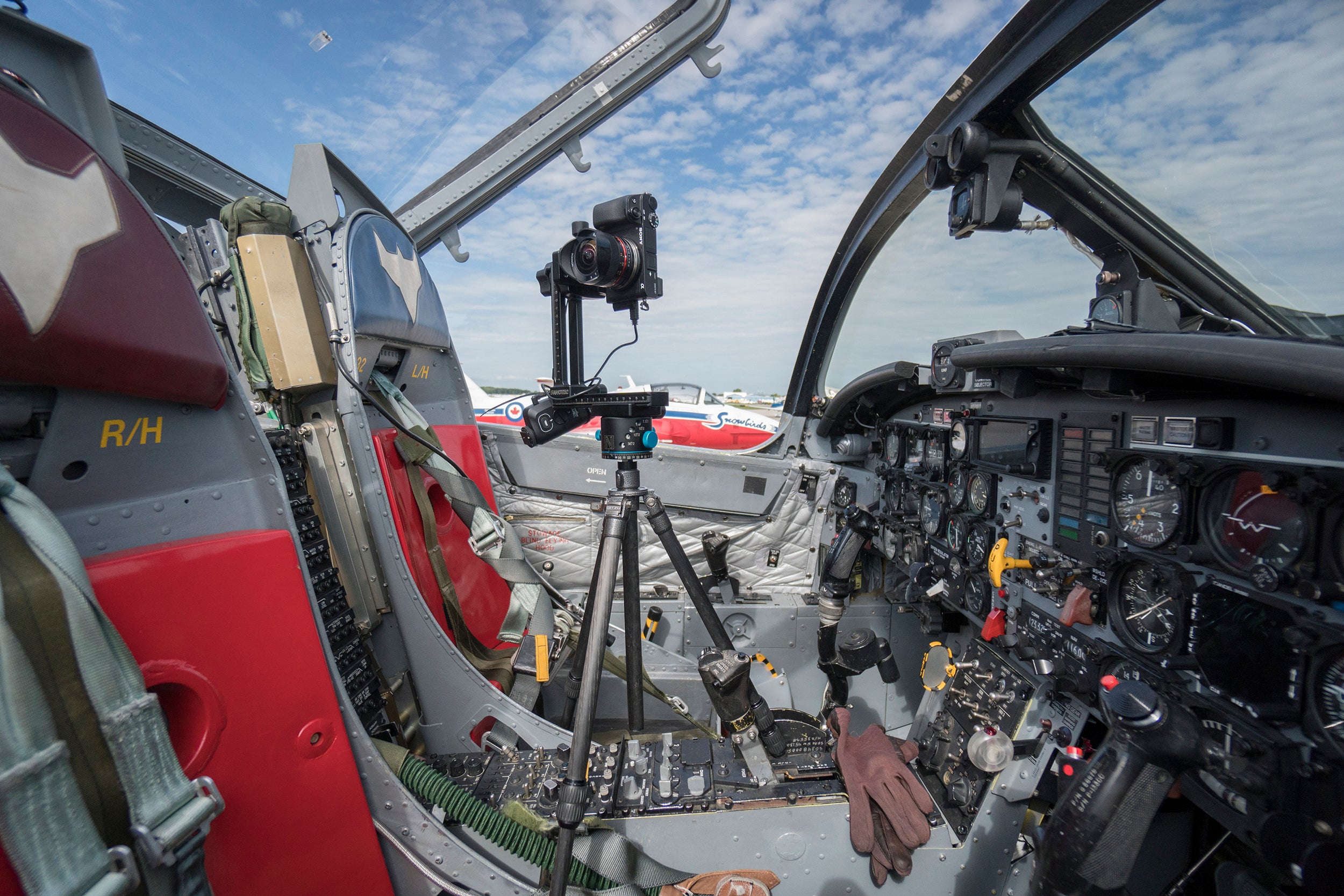 The Sony α6300 with a fisheye lens on the Nodal Ninja head in place in the cockpit of the Canada Snowbirds cockpit.

Once I’ve completed taking the horizontal photos I swing the rotator arm down so I can capture one photo looking up. Next, I swing that same arm so the camera can take the down shot. Looking down, I take two photos—one photo then rotate the camera 180 degrees and take another. I do this so I can blend out the VR rotator’s arm in the photo. Last, after removing the VR assembly from the cockpit, I take one photo of the area that was under the tripod from the same approximate height of the camera before to take out tripod legs in the final image. 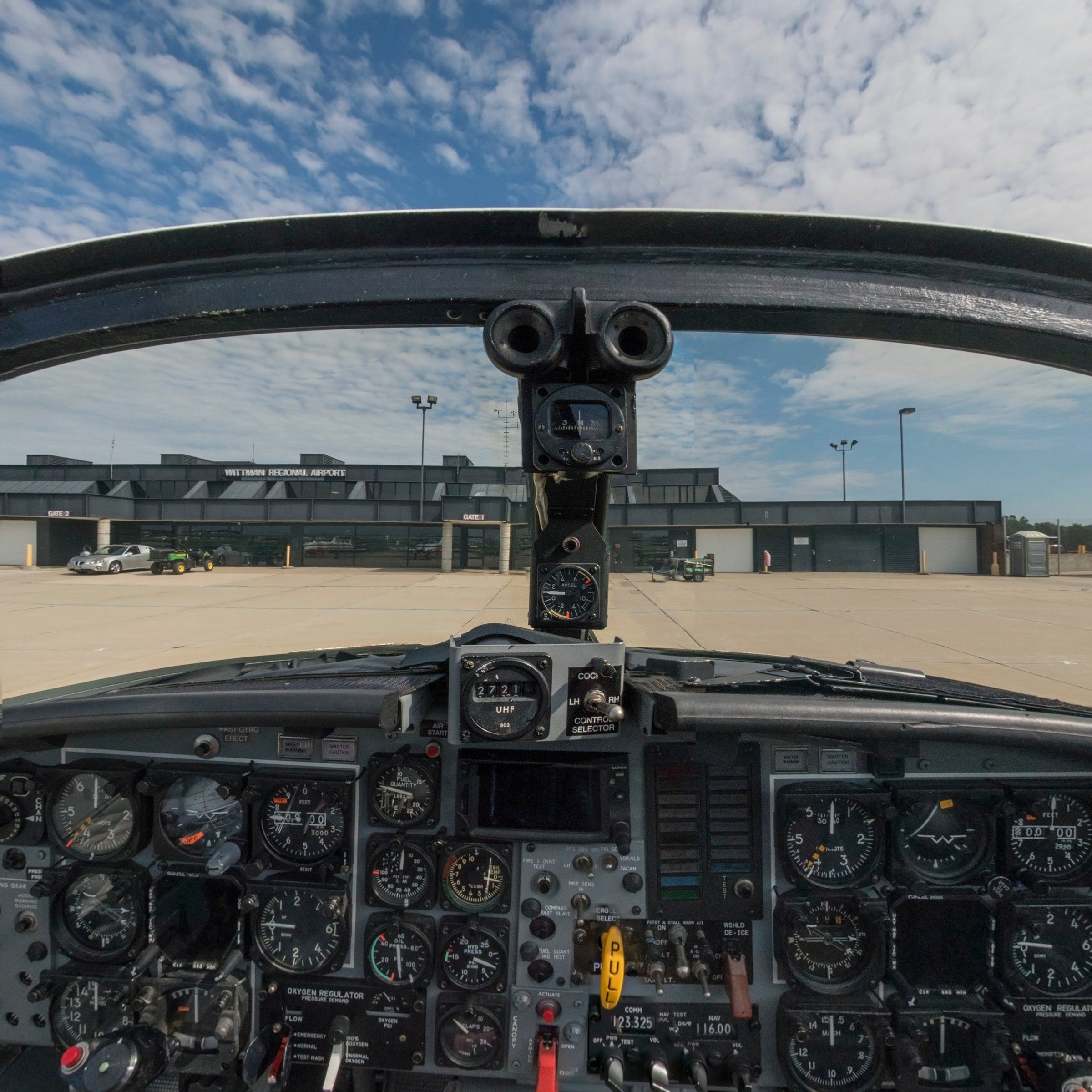 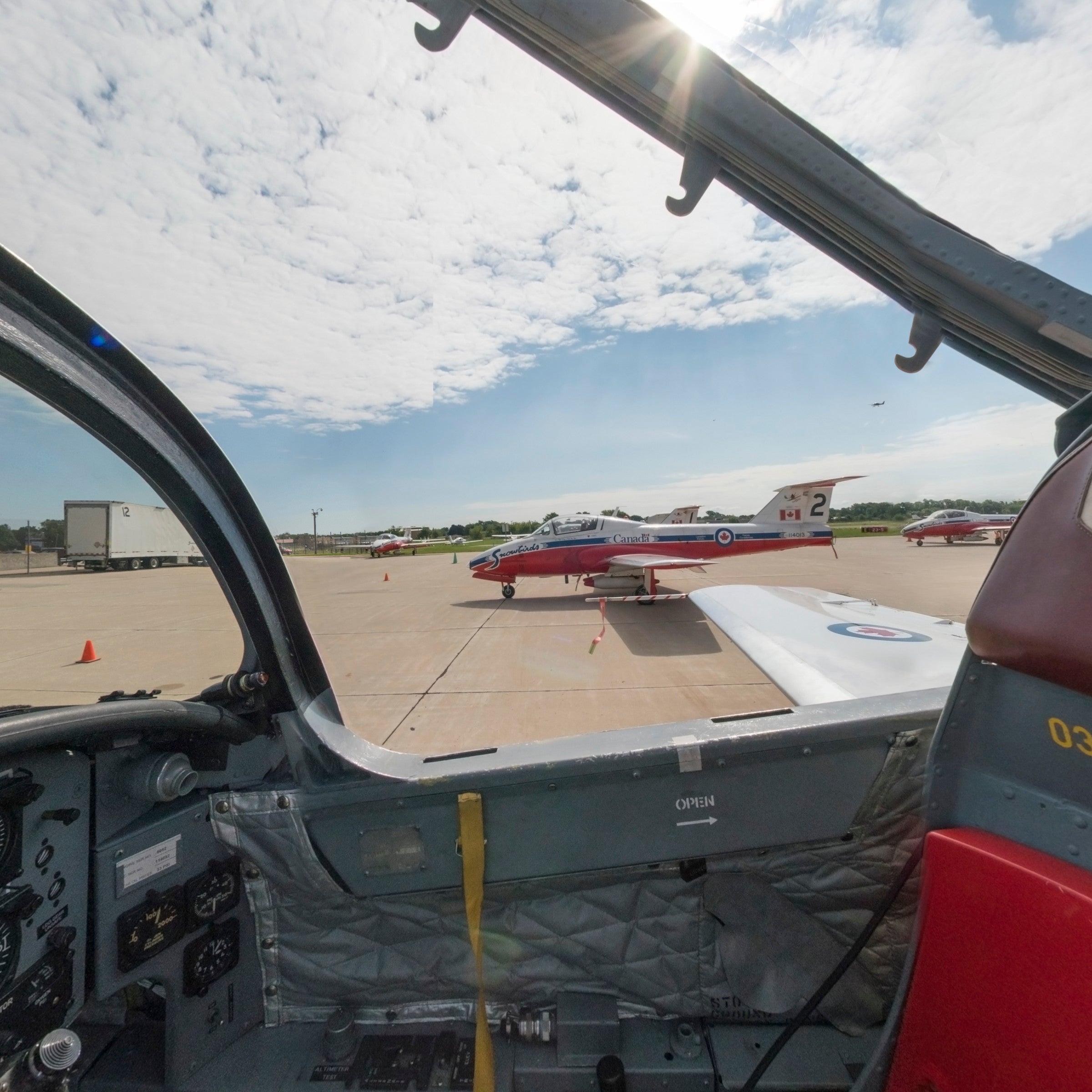 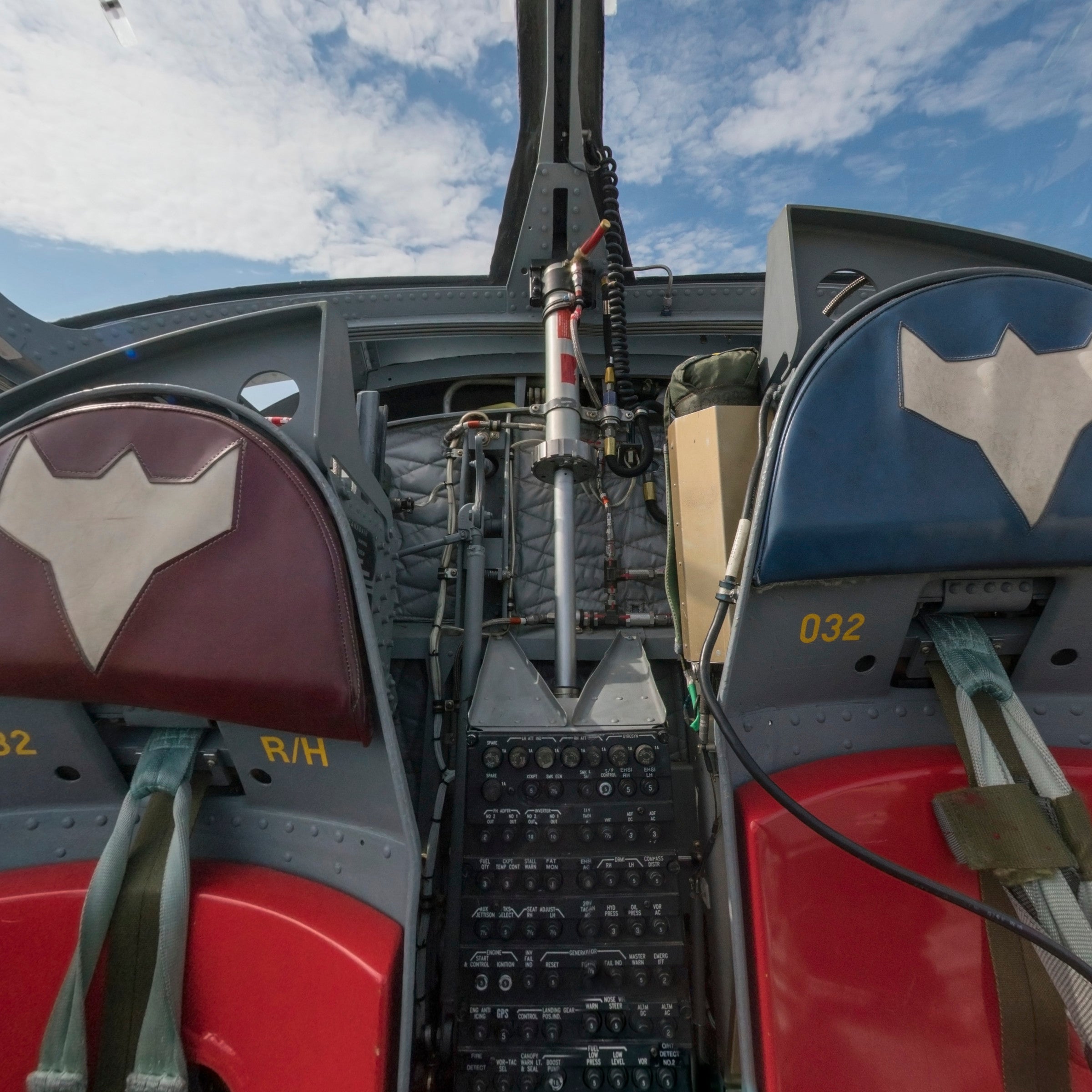 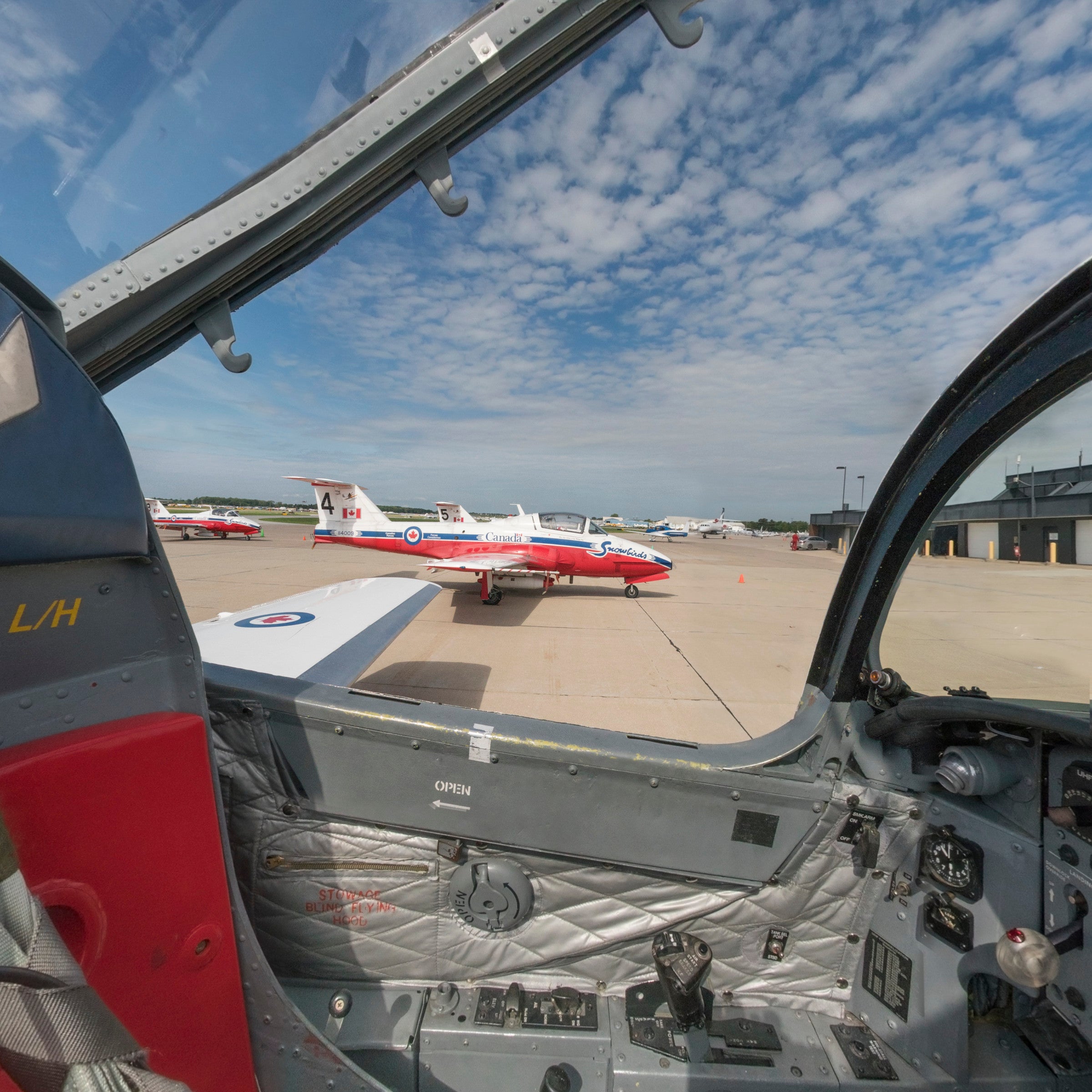 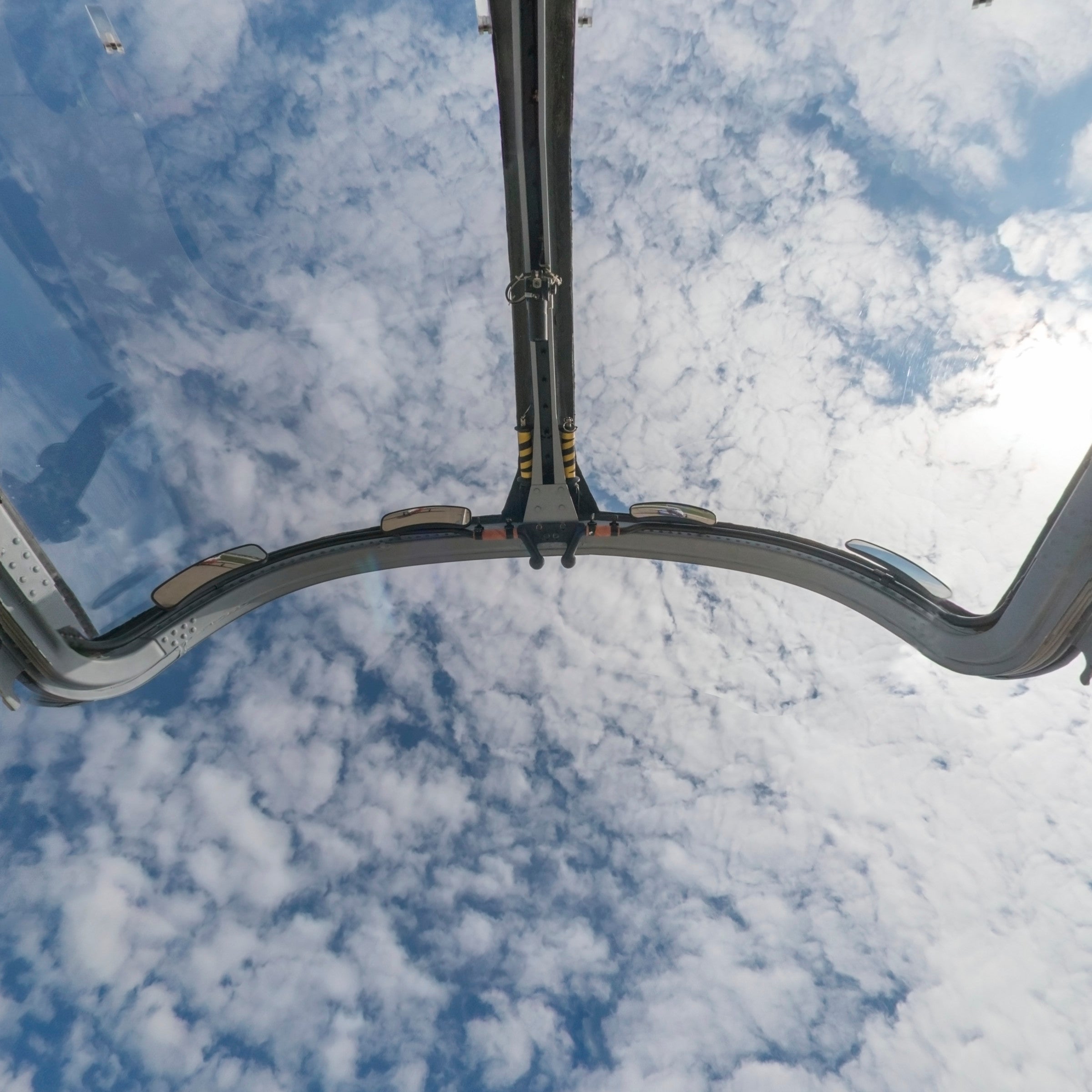 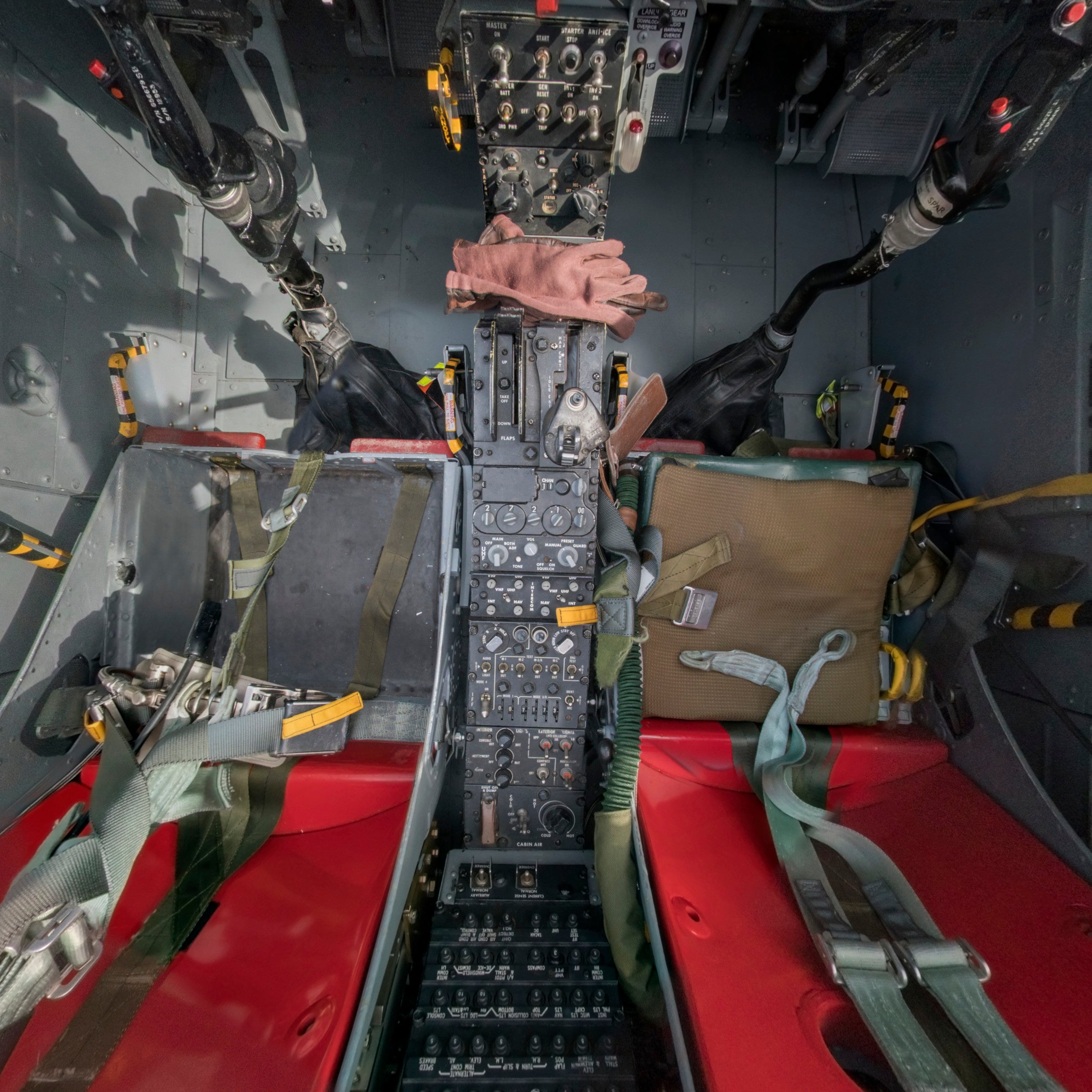 Once I’m done with the photography, I can put the VR together. Using a mirrorless camera with its higher resolution and image quality compared to a POV camera, will create a VR with much more detail which is something that museums and historians love. When I have the six images taken across the horizon and the image looking up acquired I save them as tiffs for maximum quality. The eighth image will need to be put together using the three downward-looking photos so the final VR will have the appearance that you are floating in the middle of the cockpit.

For stitching I use an app called PT GUI. The software takes the images and distorts them and blends them together to create the correct projection of the cockpit. I like to output the equirectangular image file because I love how it looks, but I could go directly to a VR file format if I wanted. For the image of the Snowbirds cockpit I went with HTML5 so it would display on a current smart phone.

Now that you’re ready to shoot for VR, here's a piece of advice I always think about before shooting: Will the subject would make a good VR? If there aren’t any items of interest that the viewer would want to rotate around to see, then stay with a normal image or video. I find people will normally want to spend time and explore a compelling subject, but stop right away if its boring.

See some of Biela’s VR work in an immersive player here.