The newly announced Sony α6400 boasts an impressive autofocus system and advanced Real-time Eye AF and Real-time Tracking technologies. Photographers and members of the press had the opportunity to test out the new camera once announced and are posting their first impressions online. Here are some first reactions across the web for this new addition to Sony’s E-mount mirrorless camera lineup.

“Really when it comes to photography now, we have good image quality. We have a lot of these challenges covered and what people still struggle with is getting a good hit rate, getting photos that when they get home and load them on the computer, they’re sharp and usable. So we have an affordable camera that has an immensely high hit rate, is easy to use and that’s why I think this is an awesome family camera or beginner’s camera. The price point is acceptable and you are getting the best auto focusing I’ve seen on an APS-C camera.” - Chris Nichols

“Now of course everyone else is starting to come out with their tracking focus modes – they’re adding eye focus. And Sony’s basically like ‘Hey guys, hold my beer, this is what I can do.’ It’s like a robot is now tracking your subject, and it does it seamlessly. And it’s a very complex system, however they’ve put it in an entry-level mirrorless camera.” - Evelyn Drake

“We got almost 0% shots out of focus. The focusing accuracy was near perfect and that’s pretty remarkable. Because we really scrutinize focusing systems and getting 100% is not something that we’ve seen before and we put them under very challenging conditions. You never have to focus and recompose anymore.” - Tony Northrup

The Art Of Photography

“Sony has improved the auto focus system considerably since the α6300 in both stills and video. So, between more advanced auto focus features, an actual flip-up screen, unlimited video recording and noticeably better battery life, those are reasons alone right there to upgrade. And the α6400 gives you pro-level auto focus and video capabilities in a package that is under $900. It’s pretty hard to find a comparable camera at this price point.” - Ted Forbes

“Now we have much more convenient tracking, no recording limit. That is huge, and along with that a lot less heat. We have a super bright screen now that doesn’t dim. That is huge for usability.” - Max Yuryev

“The α6400 has immediately impressed us in this regard: the revamped autofocus performance and, just as importantly, usability in its simplicity means there's one less thing to wrestle against the camera over.” 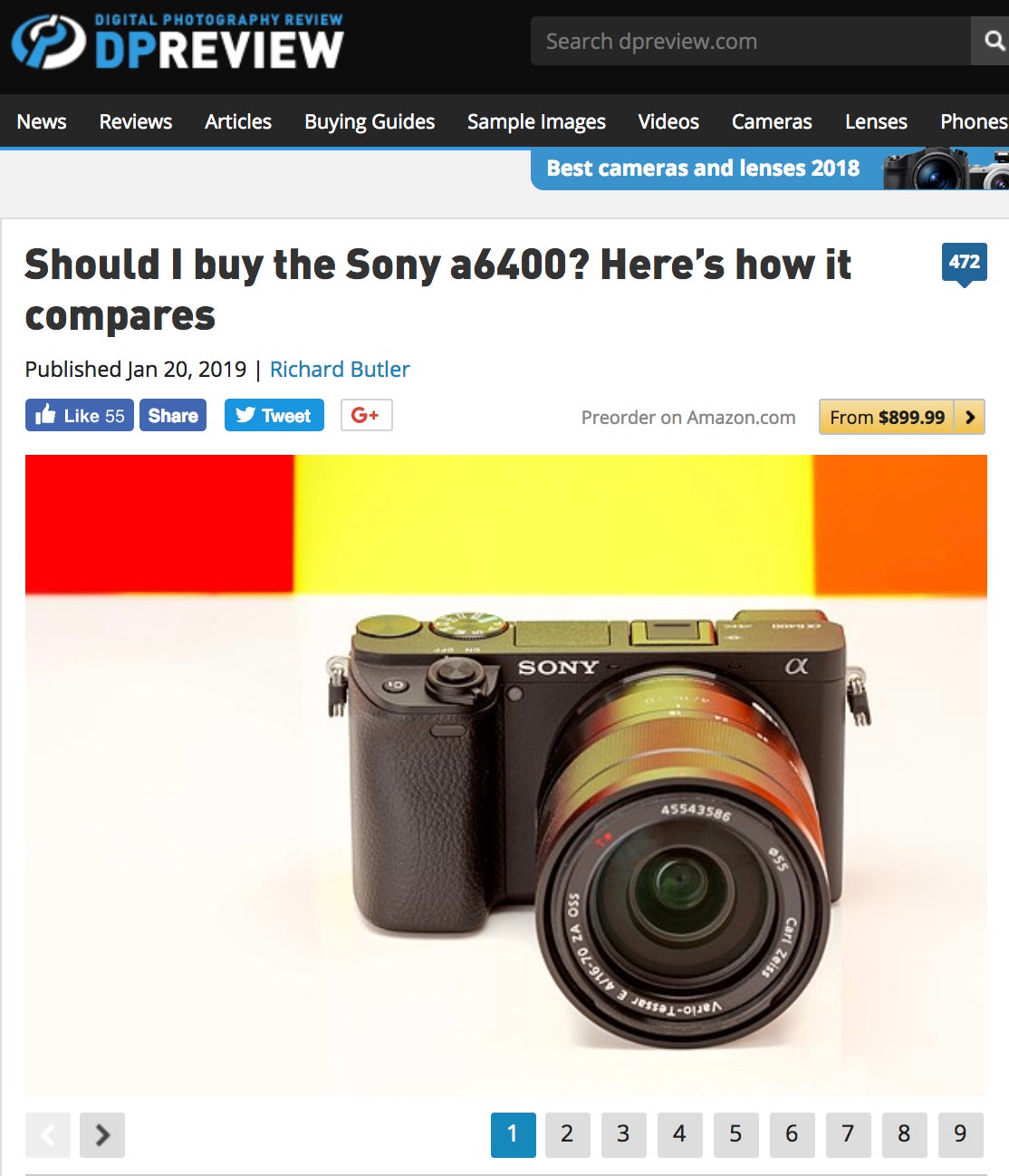 “There's a lot under its hood. Fast focus, improved by machine learning, a 24MP image sensor, and 4K video are just the highlights. It's also quite compact—even the 18-135mm kit zoom is small, considering its coverage range—so you don't have to think too hard about picking it up to take with you for a trip, whether it be to the local park or to Machu Picchu.” 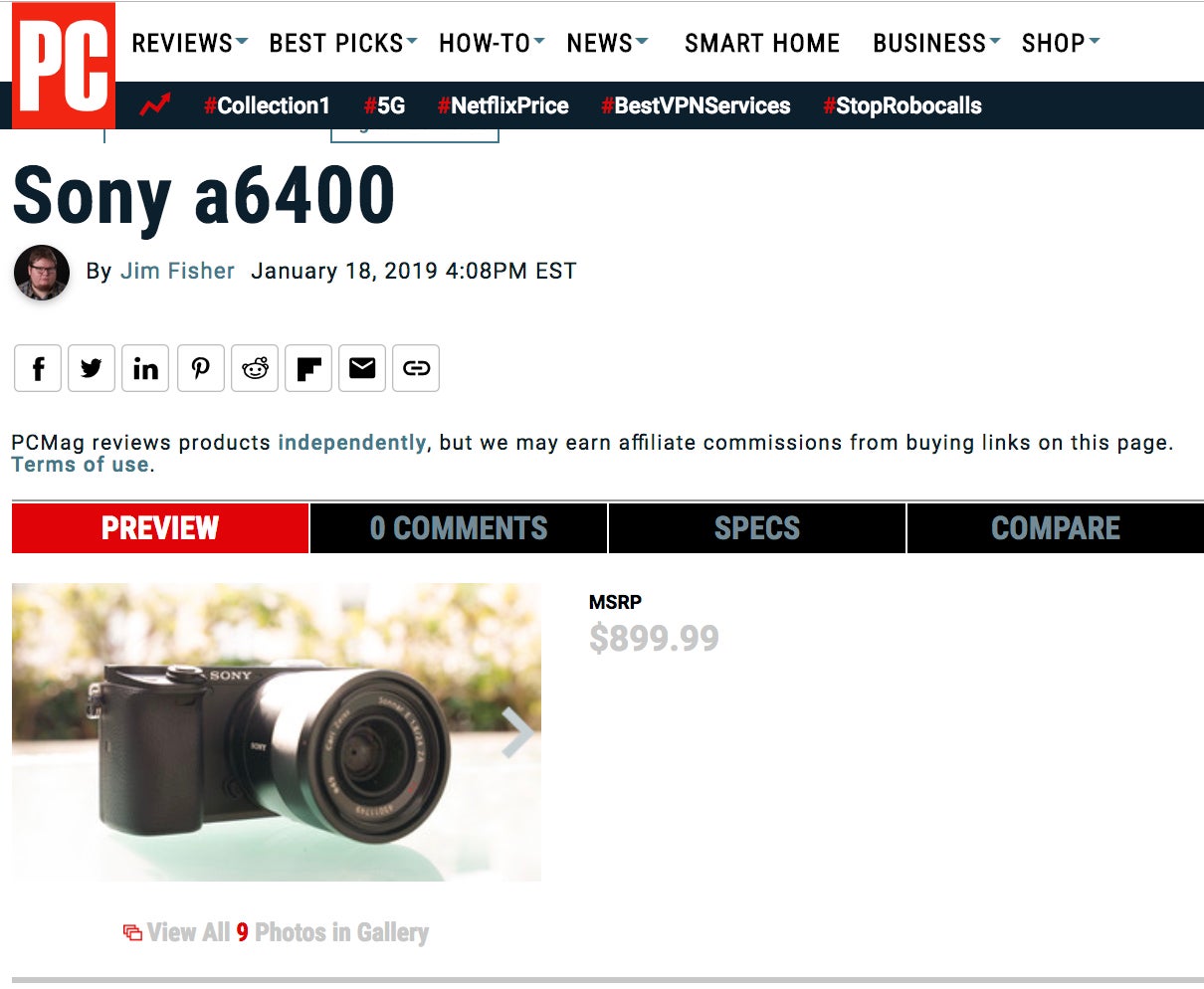 “The Sony α6400 looks like a solid upgrade to the α6300 and is a promising camera for a few different types of photographers. If you’re looking to move from a DSLR to a mirrorless camera, need a small but capable camera for your holidays, or are a vlogger looking for a user-friendly shooter with a decent-sized sensor, then the α6400 could well fit the bill.” 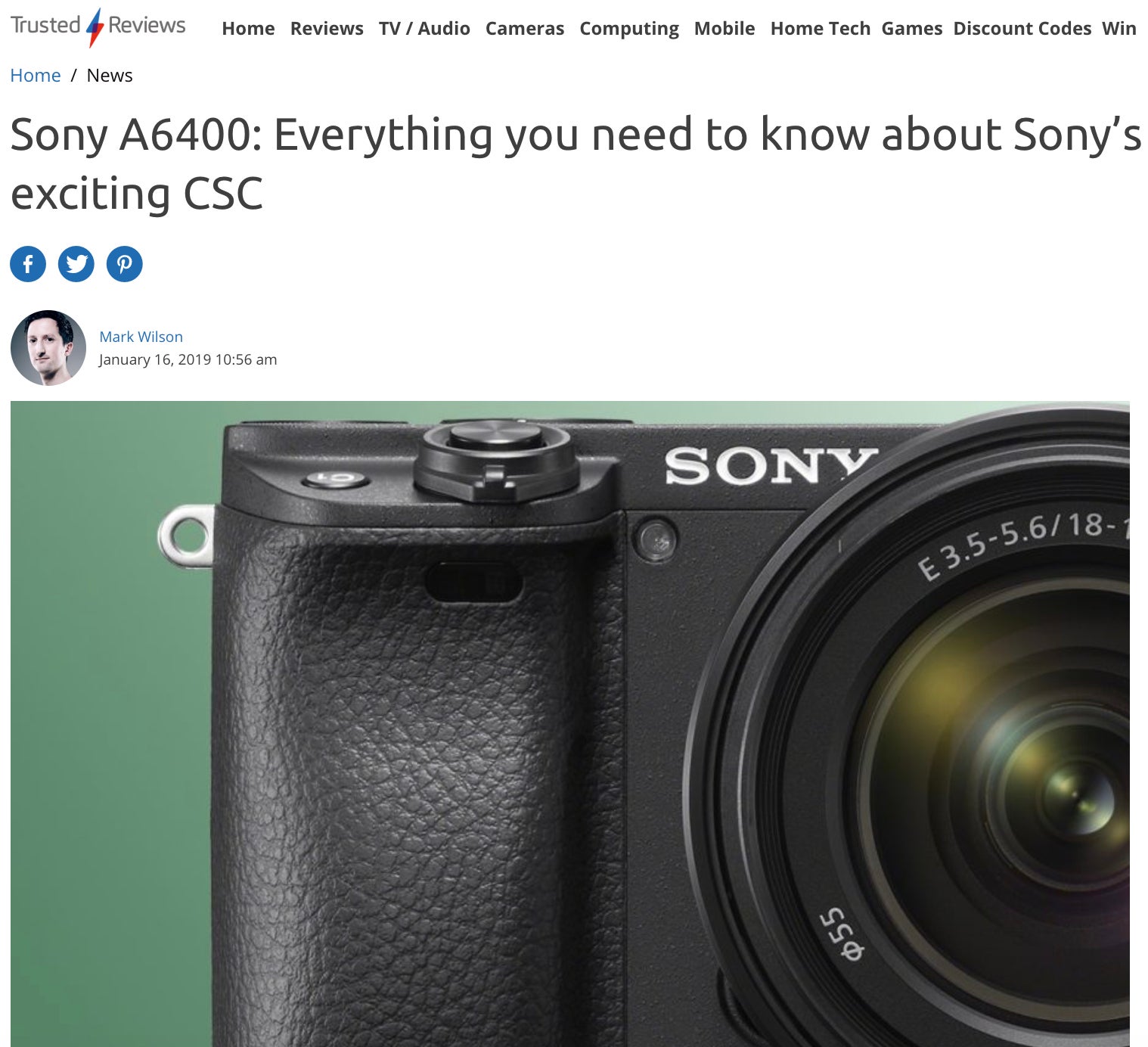 “The new AF system in the α6400 is very fast. When eye AF was turned on the camera did an excellent job of hunting for human shapes, detecting faces, and honing in on the eyes.” 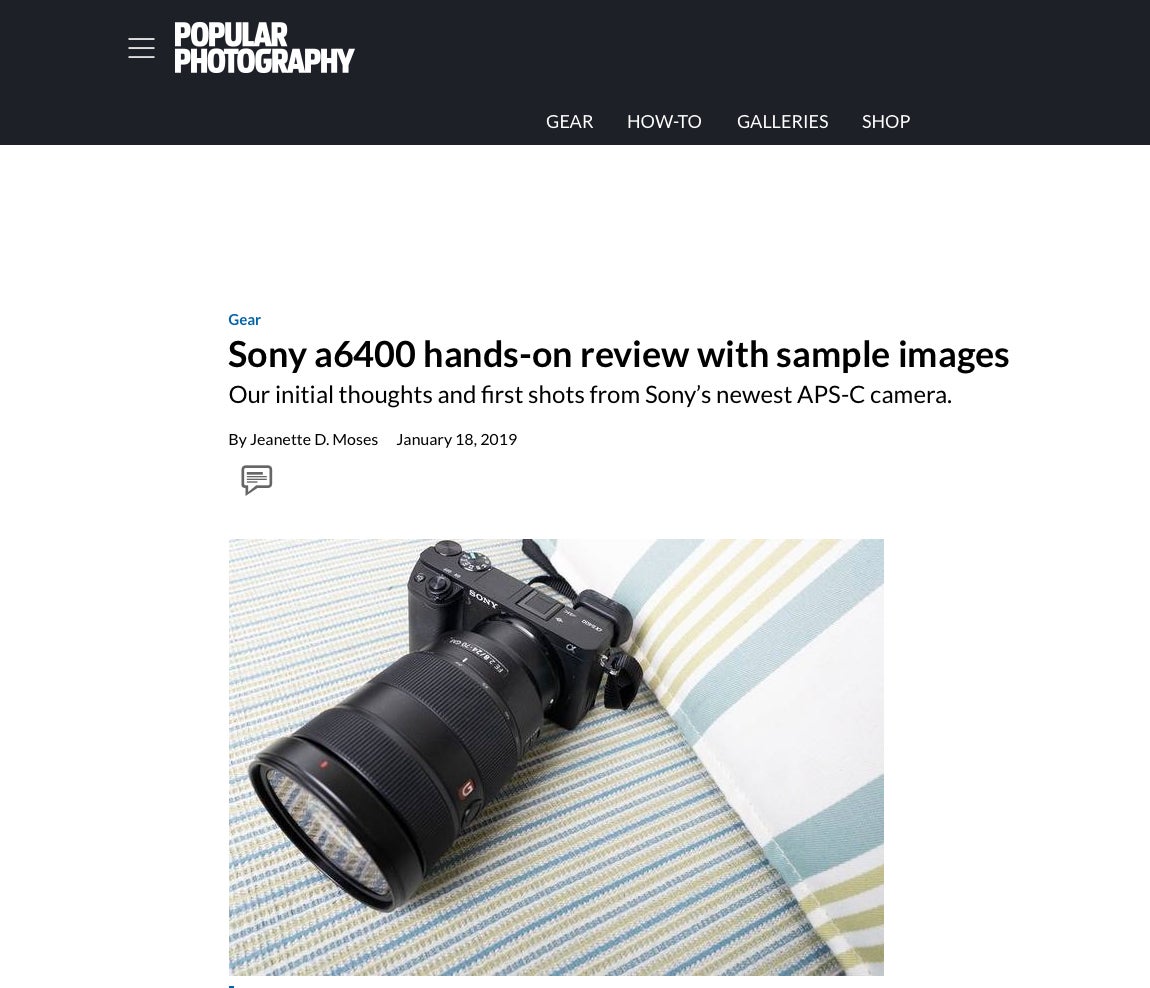 The Sony α6400 Surprises In The Field

The Sony α6400 Surprises In The Field