Since its introduction, the Sony α9 has been characterized as a camera that would be ideal for sports. Golf has been mentioned in particular because of the camera’s unique combination of silence and speed. At the PGA Championship in August, the camera was put to the test when Montana Pritchard used the α9 to shoot on and off the course for his client, The PGA of America. We caught up with Pritchard shortly after Justin Thomas was crowned 2017 PGA Champion.

Alpha Universe: Thanks for joining us. Can you explain what your job was at The 2017 PGA Championship?

Montana Pritchard: I have a contract with the PGA of America. I shoot the PGA Championship, advertising, commercial work and other events. This was a major championship and they are one of my biggest clients, so it was a big week with a lot of pressure. I shot with the Sony α9 quite a bit the week before, but I wasn't sure if I was going to go all in and shoot with it the whole time at the PGA Championship. When you’re under that kind of pressure, you want to make sure you're completely comfortable and you have complete confidence in the gear. Well, I ended up shooting everything at the PGA Championship with it. I carried two α9 bodies and a 100-400mm f/4.5-5.6 G Master, a 70-200 f/2.8 G Master and a 24-70mm f/2.8 G Master lenses.

Alpha Universe: You said the PGA Championship is a high-pressure event for you to cover. What exactly were you expected to deliver?

Montana Pritchard: I’m producing content to be used on billboards, tickets and all the imagery that's around the event. It's a really big deal. I’m charged with covering everything from the crowds and the sponsors to the action on the course. It’s really a full-blown commercial job. I shoot interviews in the Golf Channel booth with the PGA President. I shoot the interiors of hospitality venues, crowd shots and more. On top of all that, of course, I’m covering the action on the course as well. 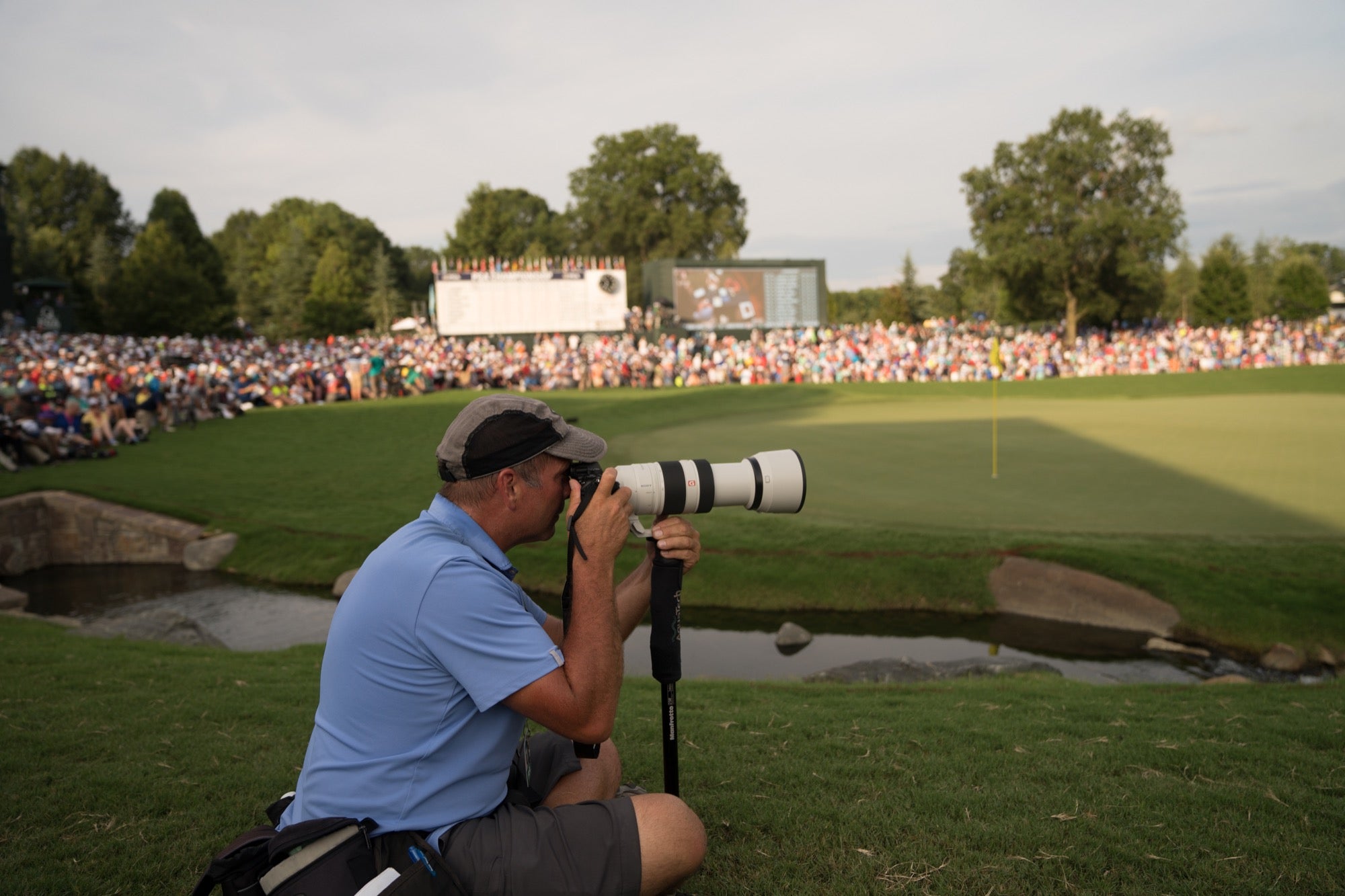 Photographer Montana Pritchard lining up his shot with the Sony α9 at the 2017 PGA Championship.

Alpha Universe: You used the Sony α9 to photograph everything during the week?

Montana Pritchard: Yes, that's exactly right. It's a game changer for golf. An absolute game changer. I've been doing this for 22 years and one of the things that was a lot of fun with the α9 was that it opened up a lot of opportunities to make images that I couldn't have made before. That was because of the silent mode and the shooting speed and the focusing speed. The ability to shoot at the top of a backswing when I’m not ten feet away and to do that in absolute silence is amazing.

Bubba Watson drives at the 2017 PGA. This video sequence was created from full-resolution still photos shot by Montana Pritchard at 20 fps with the Sony α9

Then, on the speed of the camera, it gave me the chance at catching the moment of impact on the ball, or capturing a guy who's throwing the club in the air. Having the ability to capture those sequences is revolutionary. 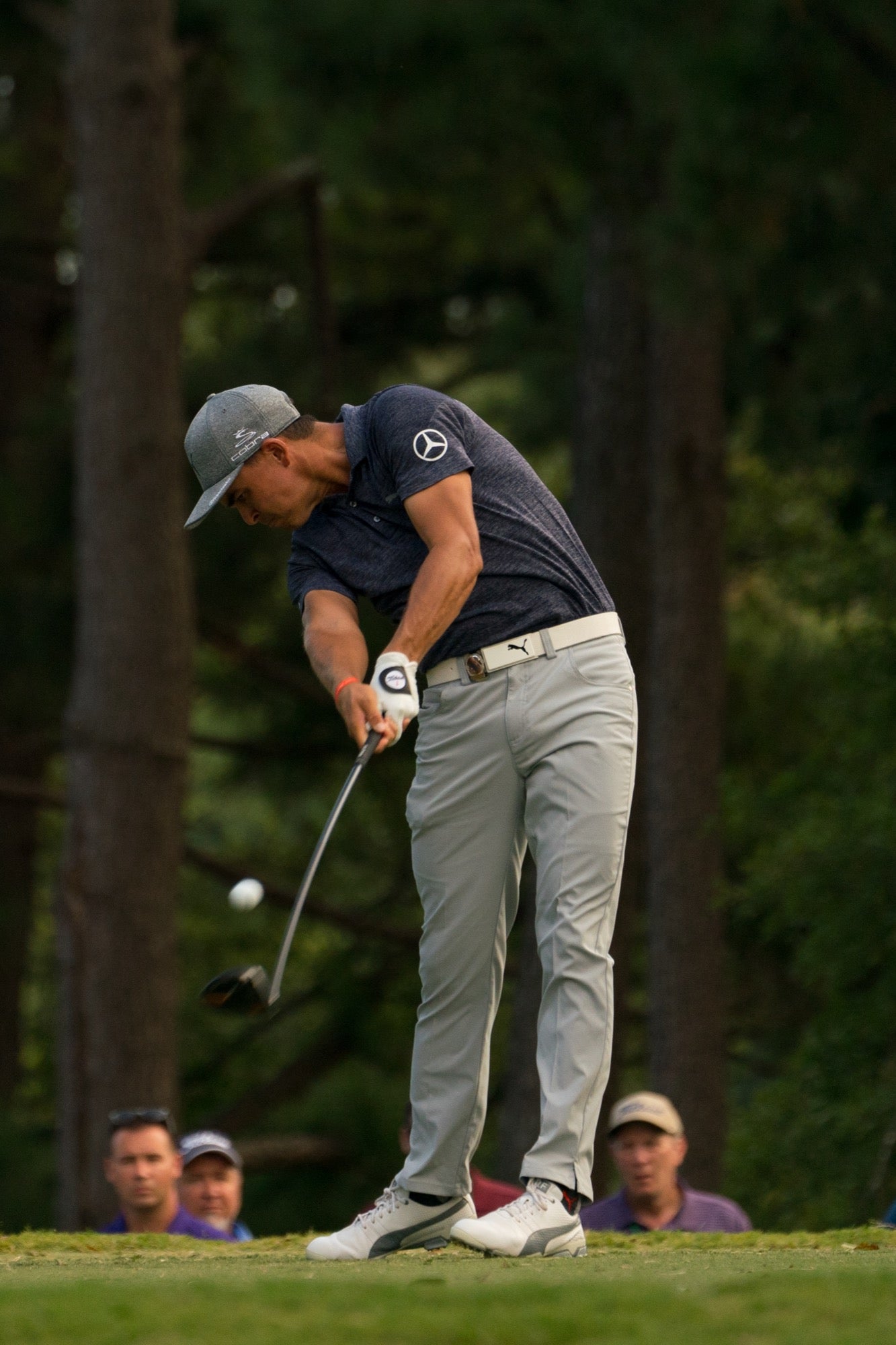 Alpha Universe: What are the most important photos for you to get on the course at the PGA Championship?

Montana Pritchard: There are a lot of shots that tell the story on the course, but photos with the ball in the frame are particularly important. I used to shoot a sequence with my previous camera and hope I got a shot with the ball. At this PGA Championship shooting with the α9, my assistant is going through the images and she’s having to choose between the six shots that have the ball. Instead of, "Okay, this one has the ball in it. That’s the shot," now she is choosing from a series that all have the ball and she’s looking for the one that has the best background and best shadows and other details. That's spectacular! Any time you get the chance to provide the client with the absolute best images, that’s what you want. You work really hard to get into position, and when the planets align and you have an uncluttered background and the good light and the right composition, it's great that the camera comes through for you. 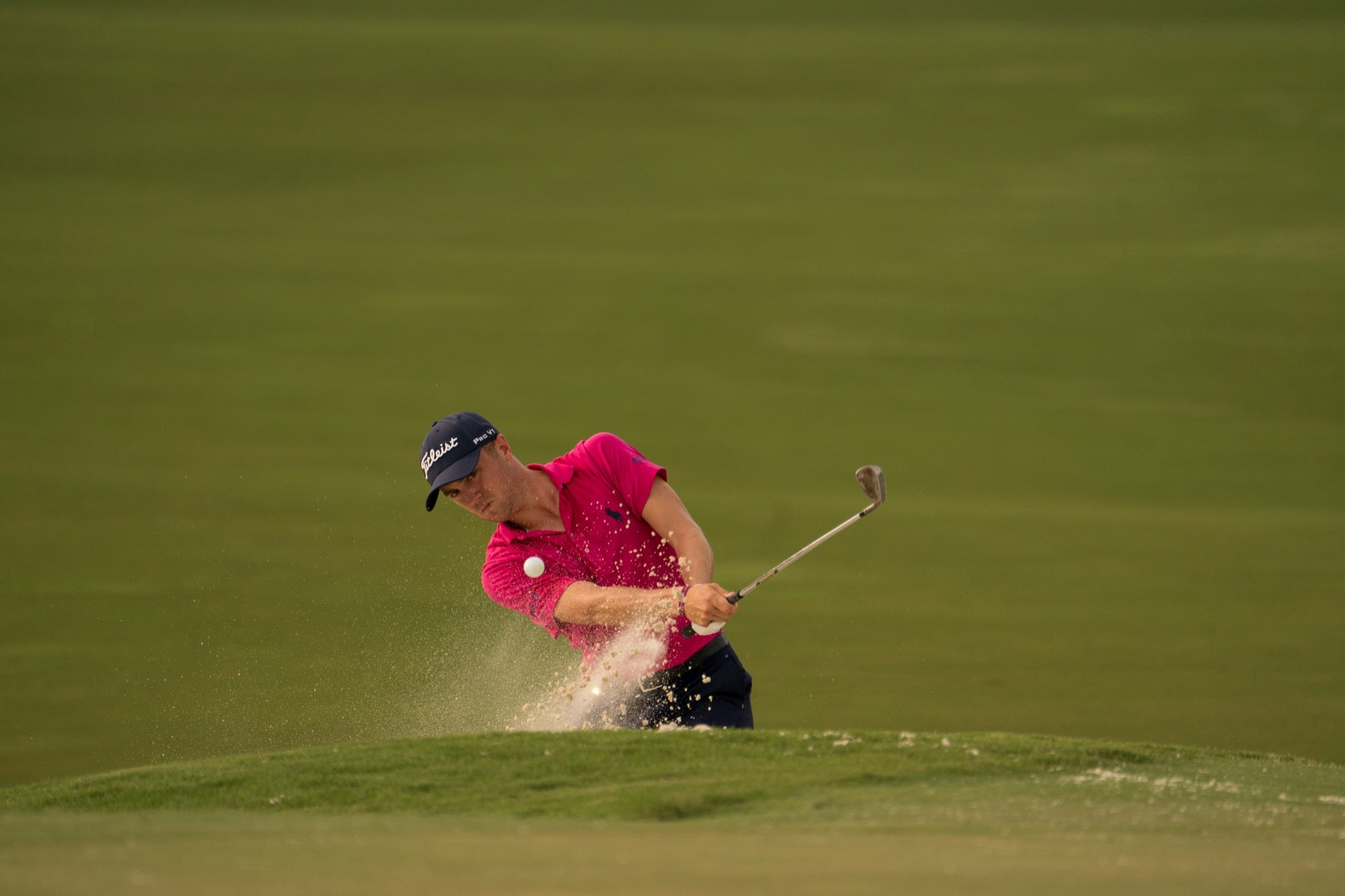 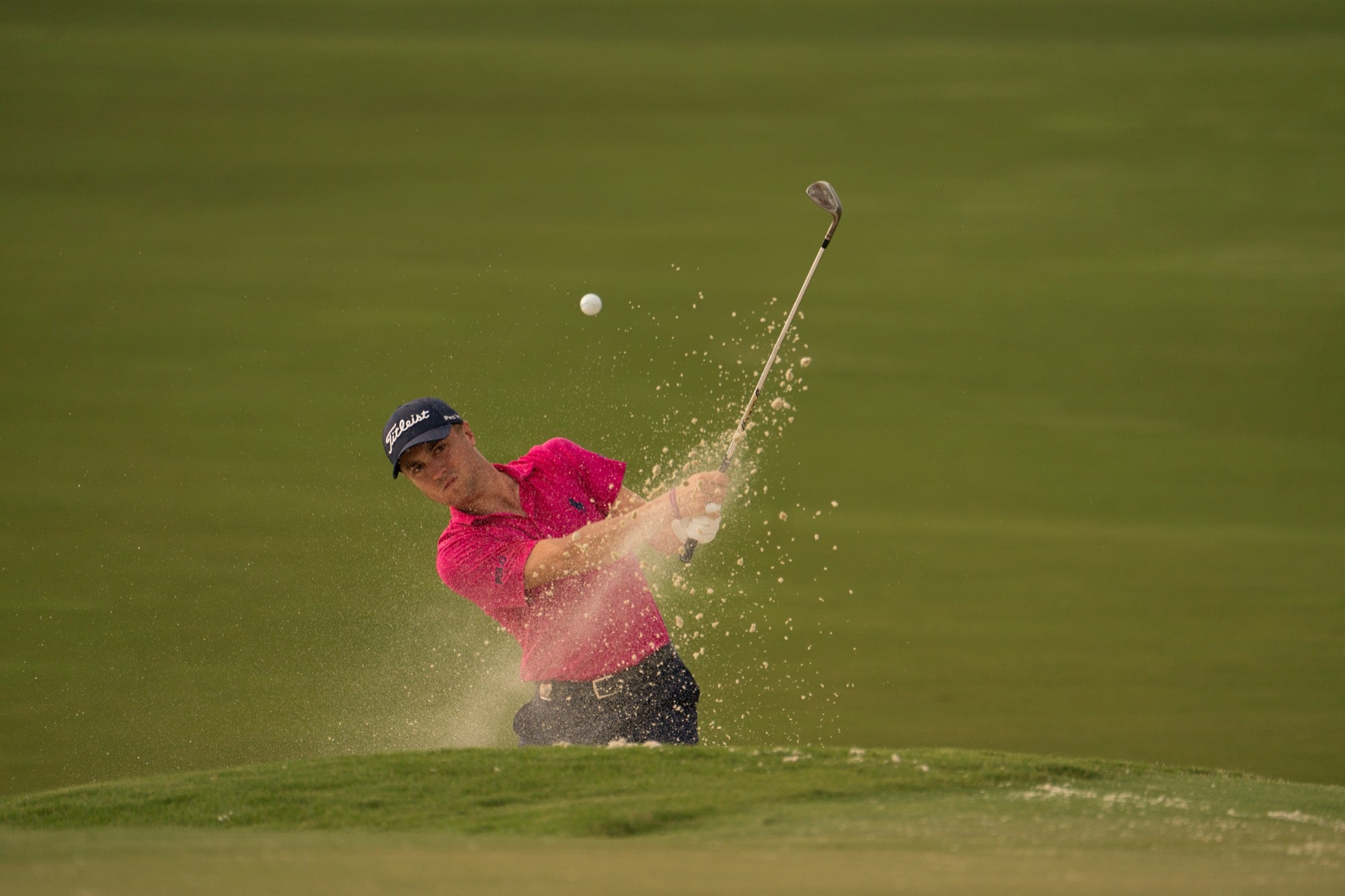 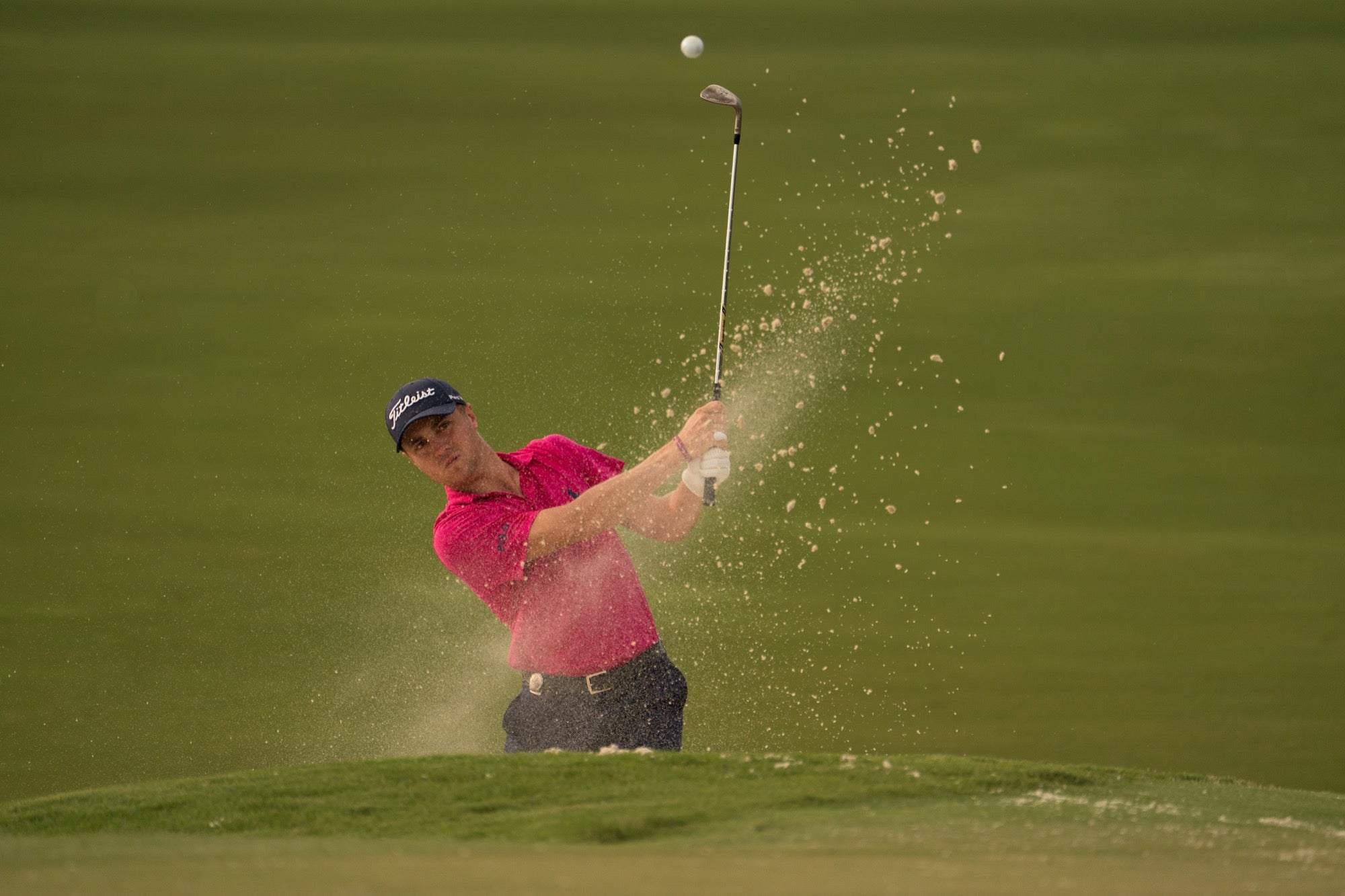 Alpha Universe: Was there one shot from this tournament that sticks out for you?

Montana Pritchard: I think that Justin Thomas on 18 hitting out of a bunker toward the gallery stands out. That’s a shot I wouldn't have been able to get without this camera. I was very close, maybe a little too close, and it was dead quiet. I was able to start shooting the sequence at the top of his backswing without making noise and I ended up with images of the ball right at impact and coming out of the bunker. I just couldn’t have shot that without the α9. 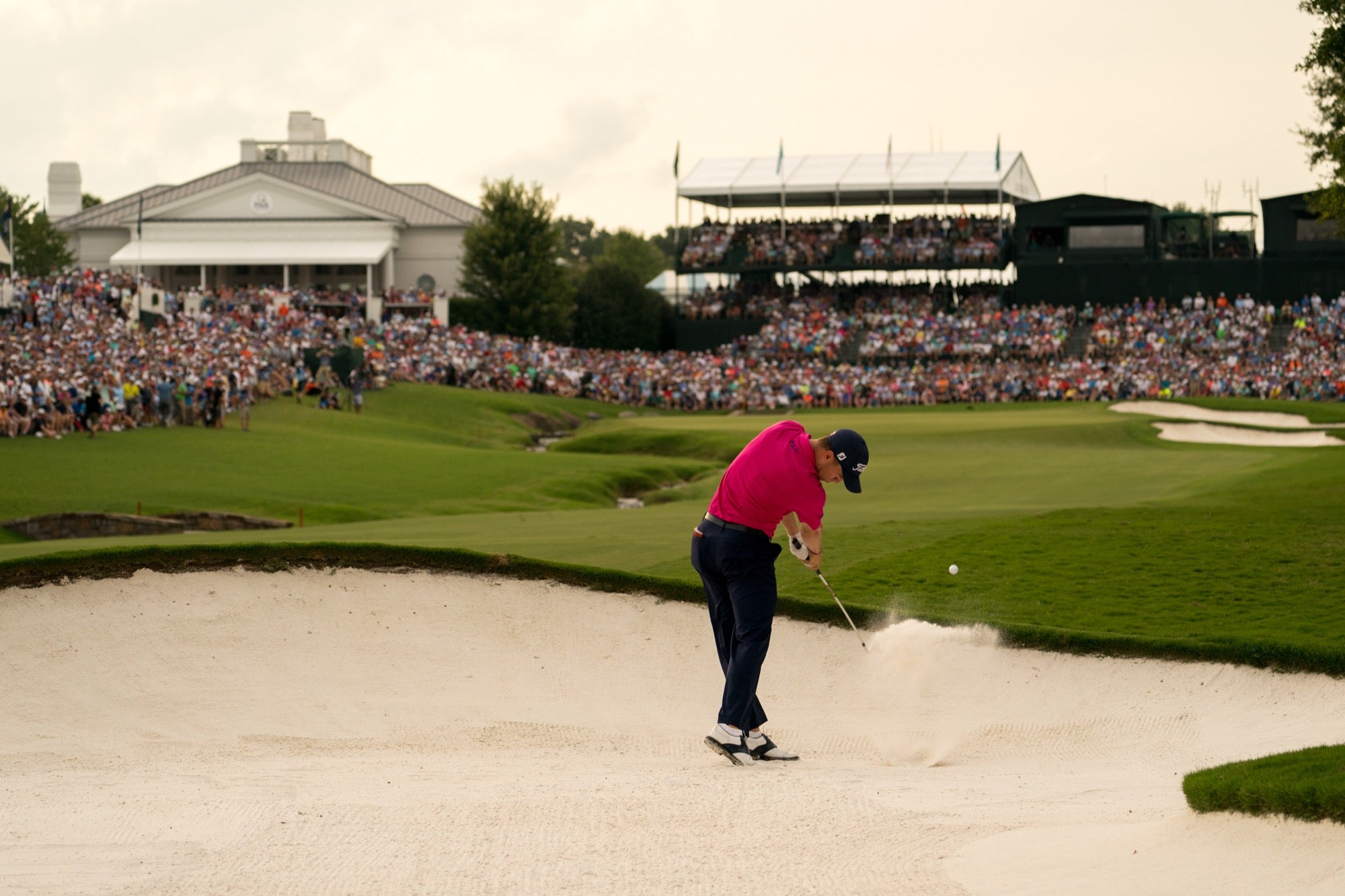 It wasn’t just the speed of the camera, though. The light during a golf tournament can be really harsh. You've got a lot of shadows and a lot of harsh light in big areas. The α9 really handled that all week.

Alpha Universe: You mentioned that you have to do a lot more than just shoot the action on the course at the PGA Championship?

Montana Pritchard: Yes, that’s right. Because what I do is different than just shooting the sport, it's important to me that I can use the camera for everything. I don't want to carry a bunch of extra gear, so for me, to be able to carry one camera and shoot strobe shots like the champion photo, and my interiors and crowd images, and then to be able to take the camera out and shoot the action on the course is a really big deal for me. 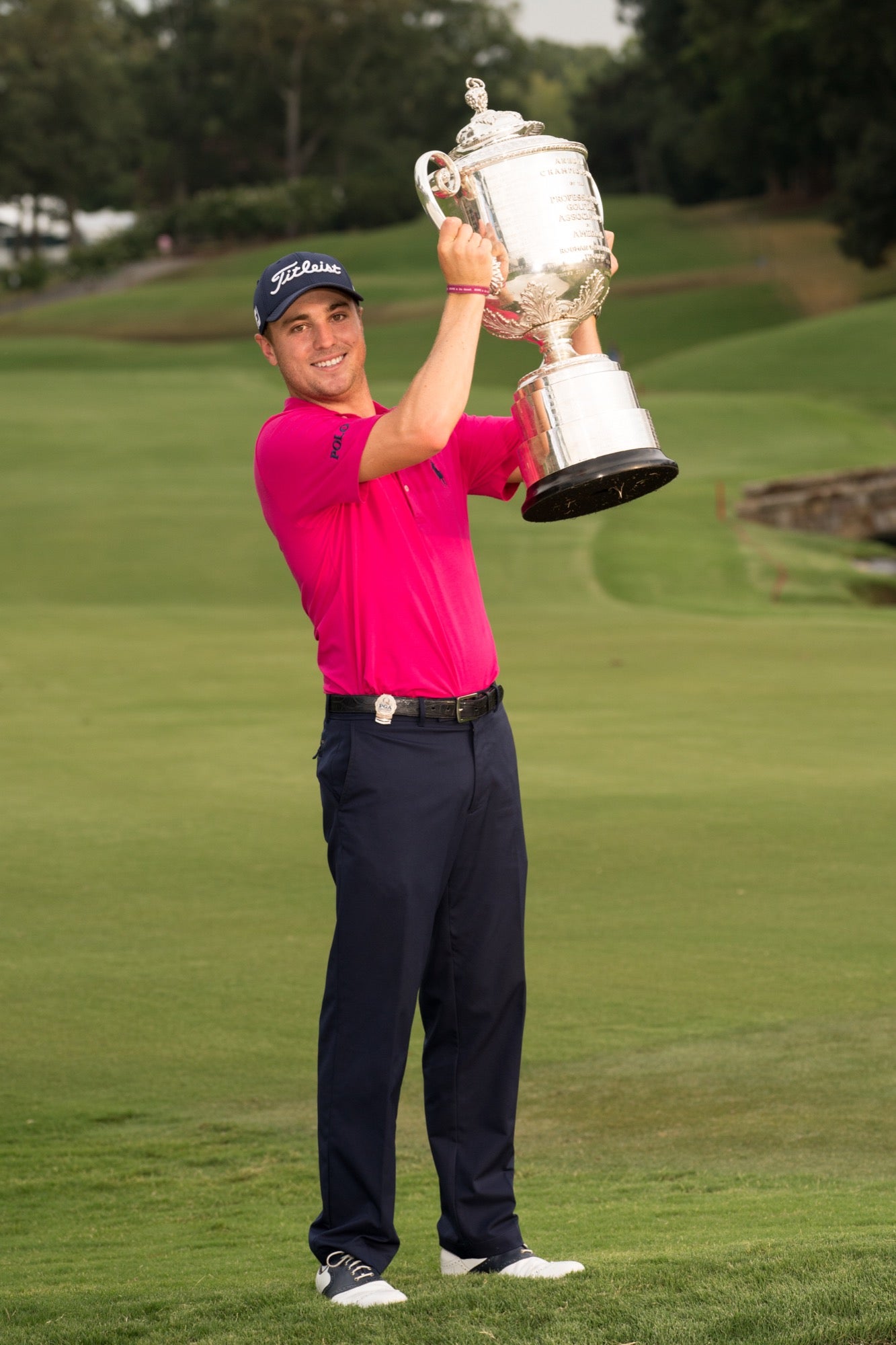 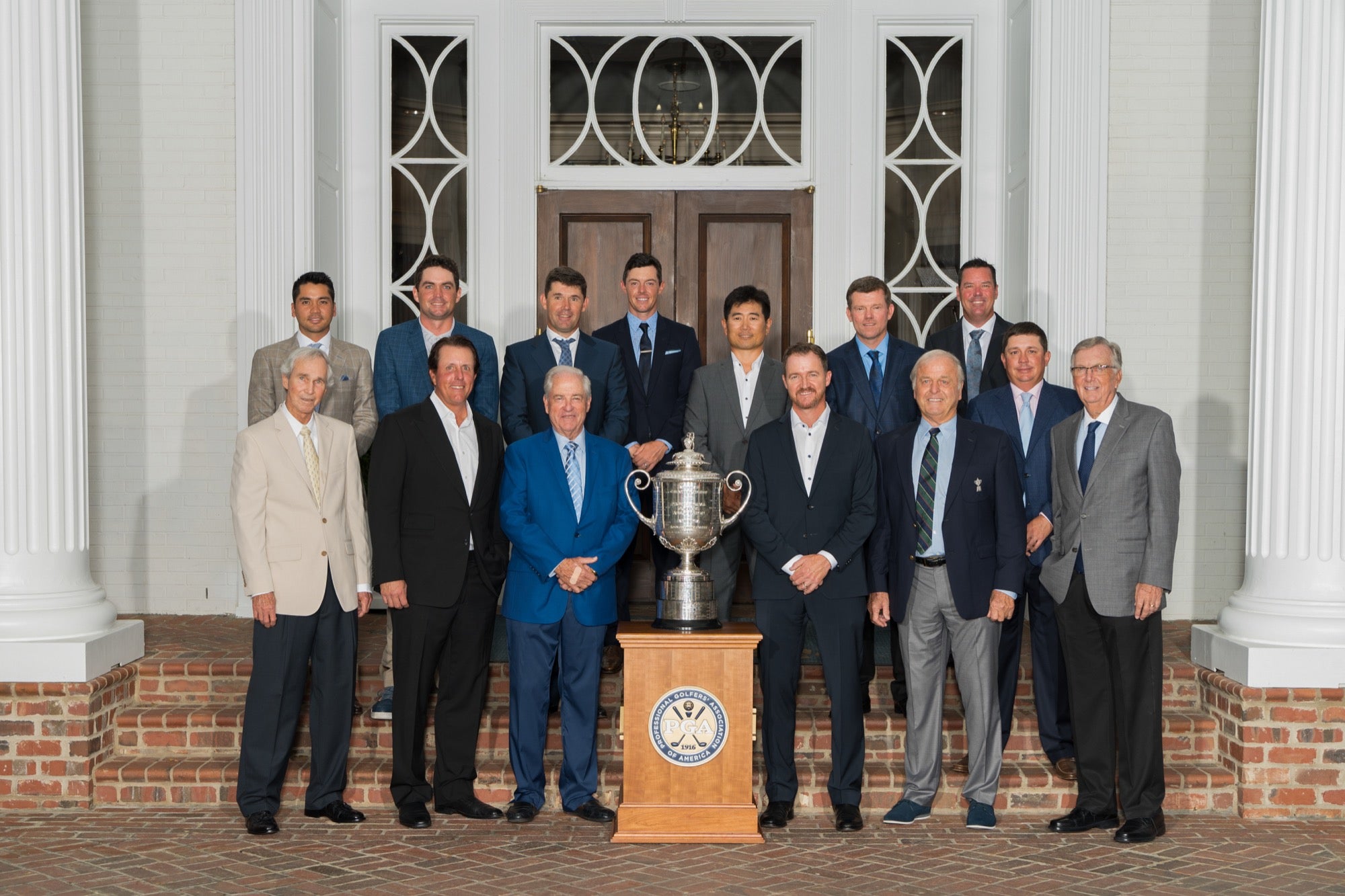 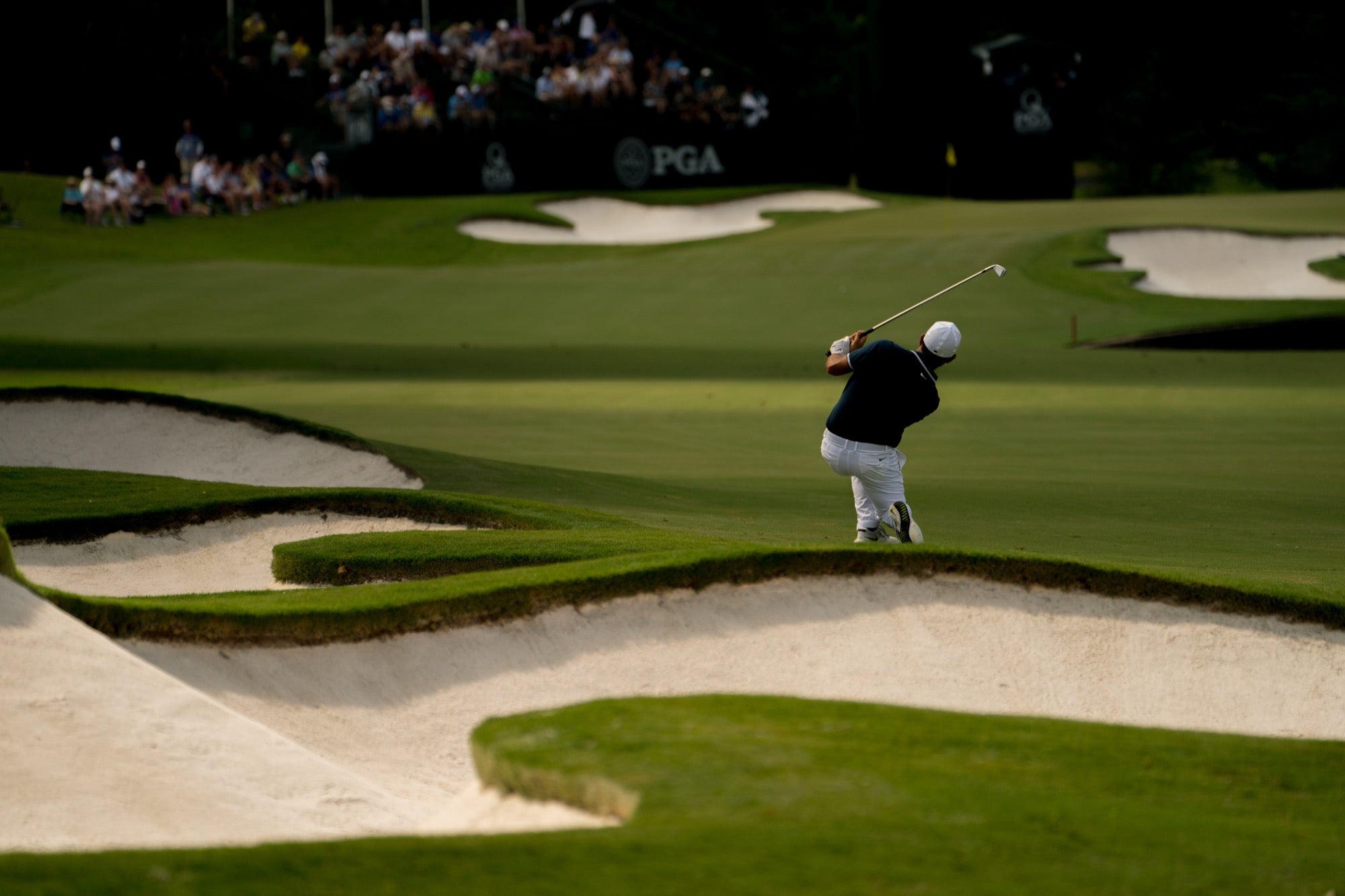 See more of Montana Pritchard's photography at his website.