At the 143rd running of the Kentucky Derby on May 6th, an unexpected bombshell was dropped on the small army of photojournalists at Churchill Downs. Veteran editorial journalist Nick Didlick arrived toting a rolling case loaded with new Sony α9 mirrorless cameras and G Master lenses.

“I had six cameras,” Didlick explains. “When I went to pick up my credential, I had my case with the cameras and lenses and the first people I ran into were tech reps from some of the other camera companies. They’re people I’ve known for a long time. The first thing one of them said to me was ‘Can you show us the camera?’” 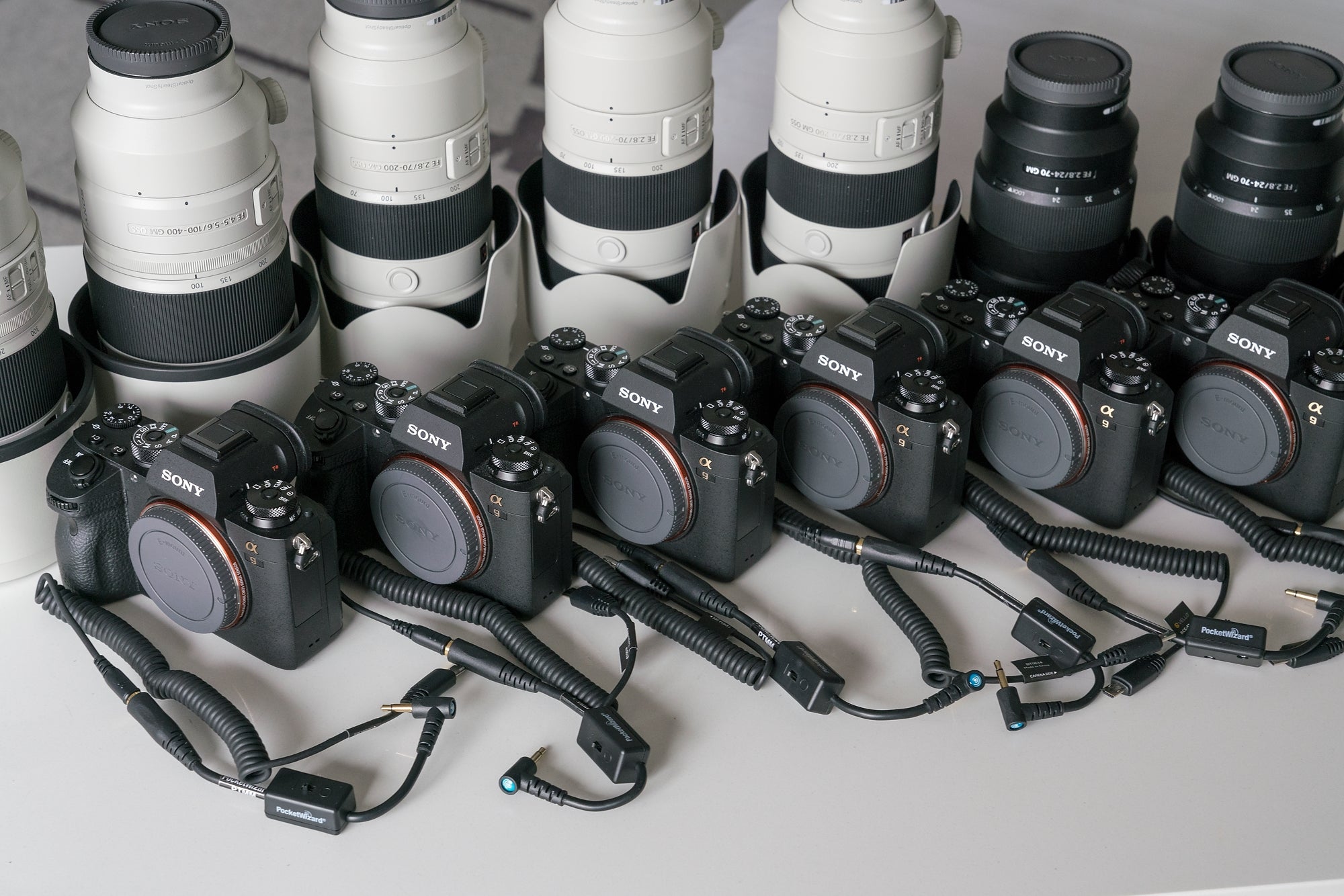 Nick Didlick's cameras and lenses prepped and ready for the weekend at Churchill Downs.

Since the α9’s introduction in April, there’s been tremendous interest from photojournalists who have wanted to see what the camera can do at a big-time event. This Kentucky Derby turned out to be a baptism by fire for the new 20fps mirrorless camera. “Most of the great Kentucky Derby pictures that you see are done in great weather. When I flew in, it was raining and it had been raining for a day or so. I drove to the hotel through the downpours, got myself sorted out and then watched as the rain hammered down all night. When I got to the track, it was more of a swimming pool than it was anything else. All those pretty pictures that I had imagined in my brain were washed away.”

At an event like the Kentucky Derby, the actual race is only one part of the story. To capture the entirety of festival, Didlick set up his cameras for specific purposes. He explains, “I had six α9 bodies to work with. My plan coming into the race was to use four on remotes in various locations and two hand-held cameras, one with a mid-range zoom and one with a longer lens. 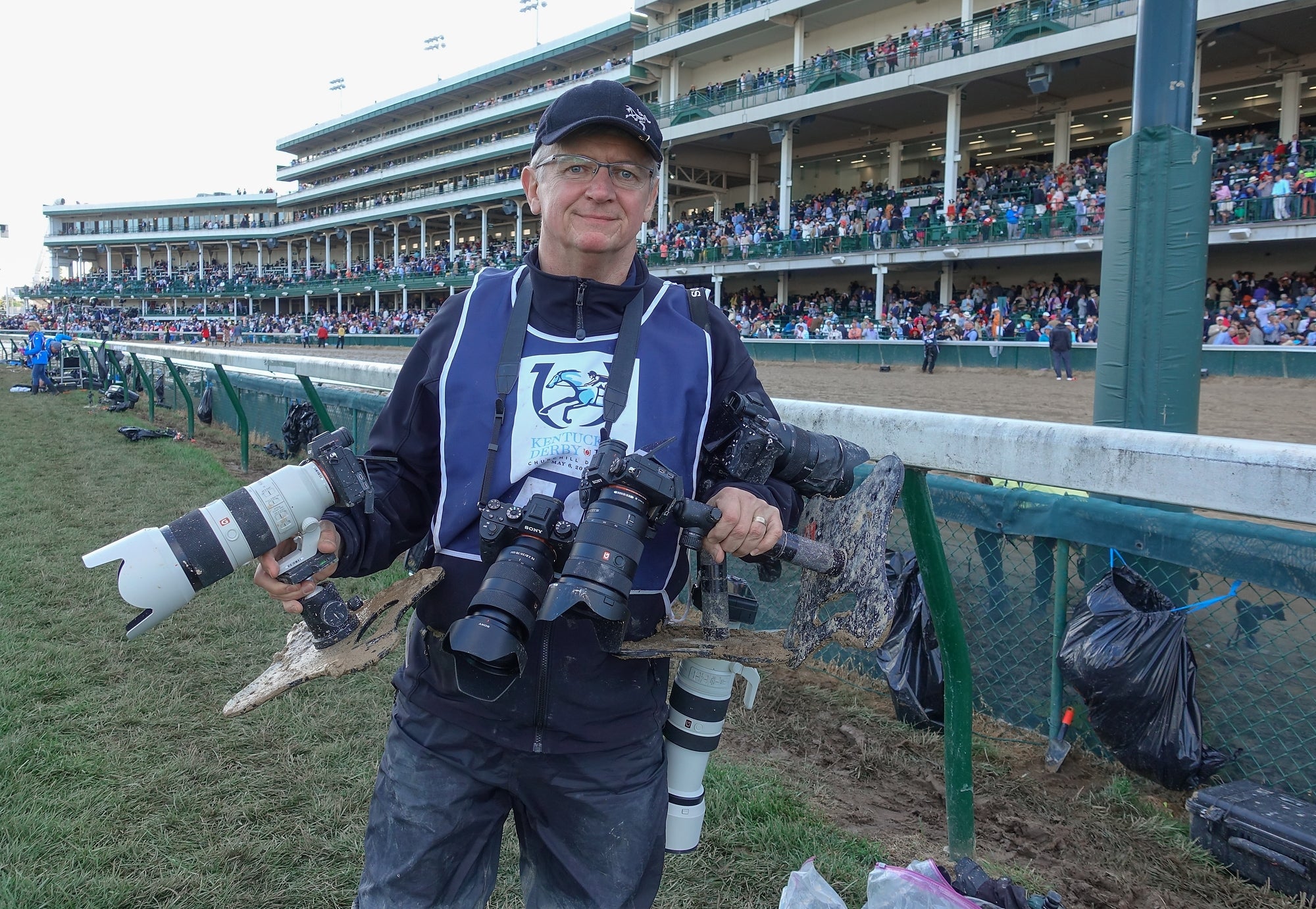 “On my hand-held cameras, I had the new 100-400mm G Master with a 2x converter because I wanted to shoot head on. On the second α9, I had the 24-70mm G Master. I used that camera because where I was standing on the outside of the track, I was right up against the rails and I could look over and see all sorts of people and things happening right in front of me. I carried a 70-200mm f/2.8 G Master as well.

“On Saturday, the day before the Derby, I walked around in the rain and made a plan for where I could put down my remotes. I had a couple alongside some of the other cameras and the rest in separate spots. On the remotes, I had three with 24-70 f/2.8 G Masters on them and one with a 70-200mm f/2.8 G Master on it. 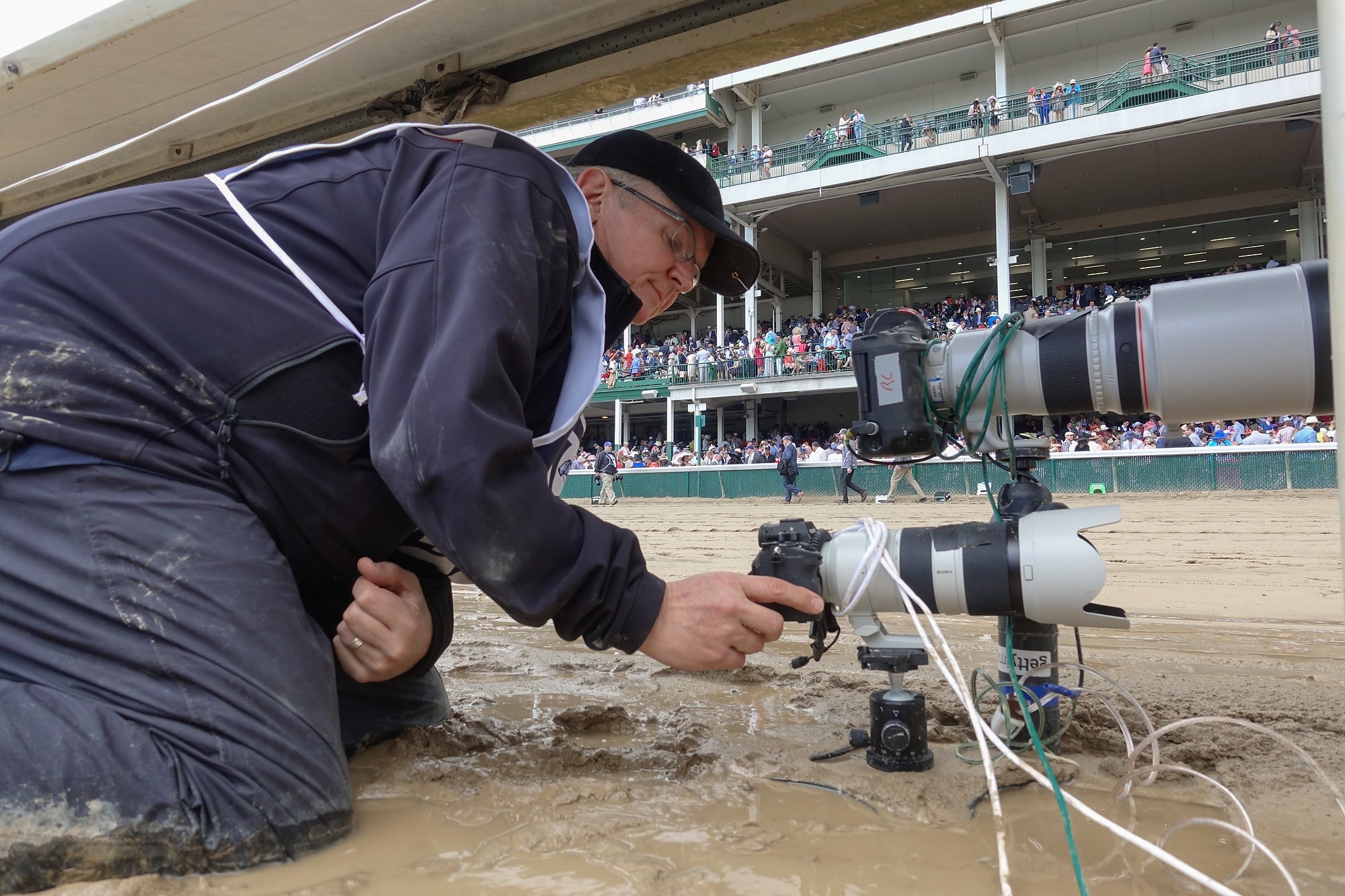 After days of heavy rain, the track at Churchill Downs was sloppy to say the very least. Nick Didlick sets up one of his four remote cameras, a Sony α9 with a 70-200mm f/2.8 G Master lens.

“The three α9s with 24-70mm lenses were focused in different spots to capture one of the horses depending on where they come through on the finish line. They're all wired up in series so when a button is pushed all the cameras go off in sequence.”

With cameras in position, Didlick had to turn his attention to the conditions to set his exposure and for this Derby, that was no simple feat. “The weather was all over the map. It went from dark, stormy rainclouds to bright sun. I set the cameras to Auto ISO with a range from 200 to 3200. They were in Shutter Priority at 1/2000-sec. It didn't matter how dark the skies went because my high ISO threshold would give me 1/2000th at f/2.8 when conditions got really dark. Then if it got brighter the ISO would drop. I shot all of the racing at the camera’s maximum 20 frames per second.” 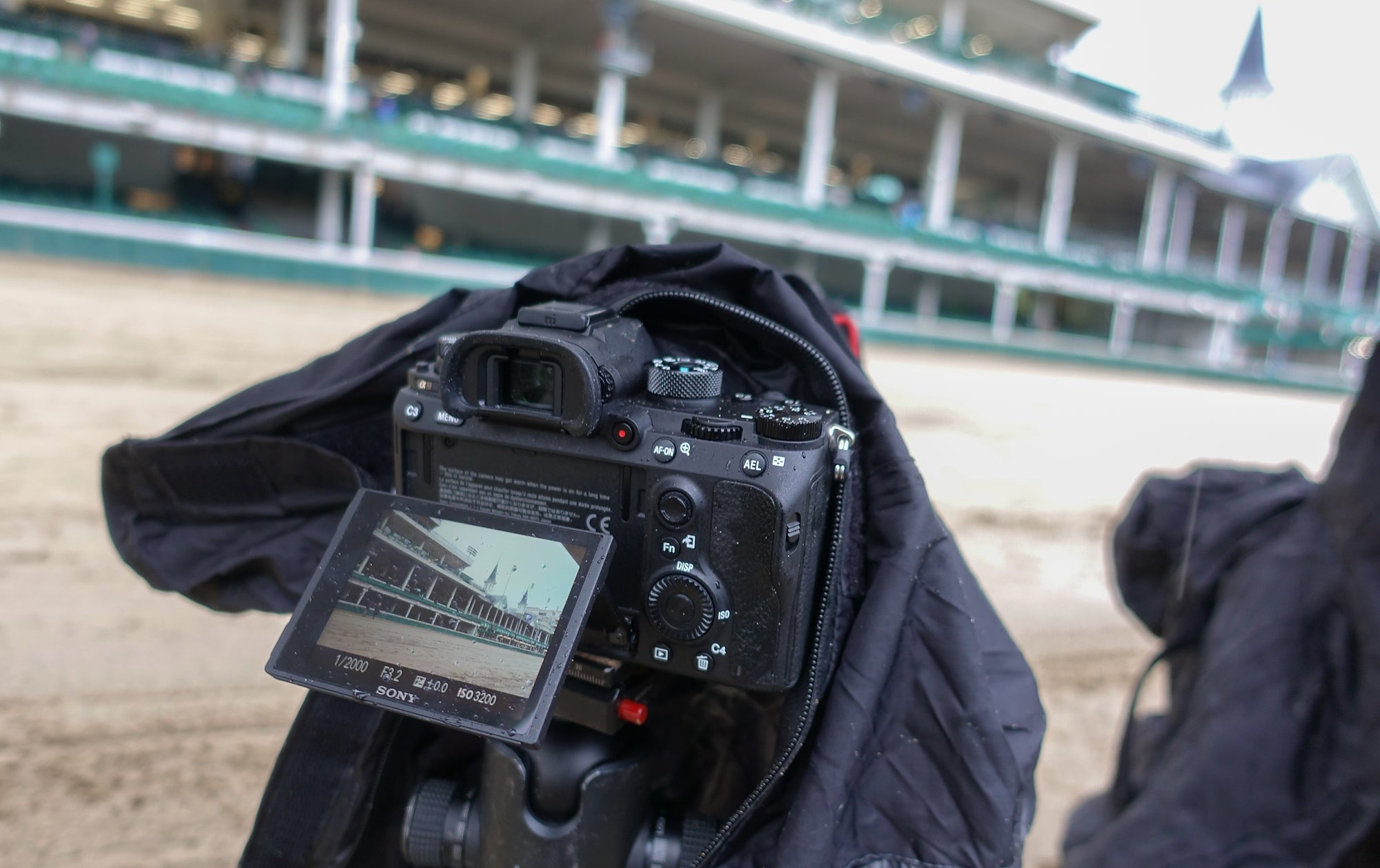 Framing up for the shot across the line. 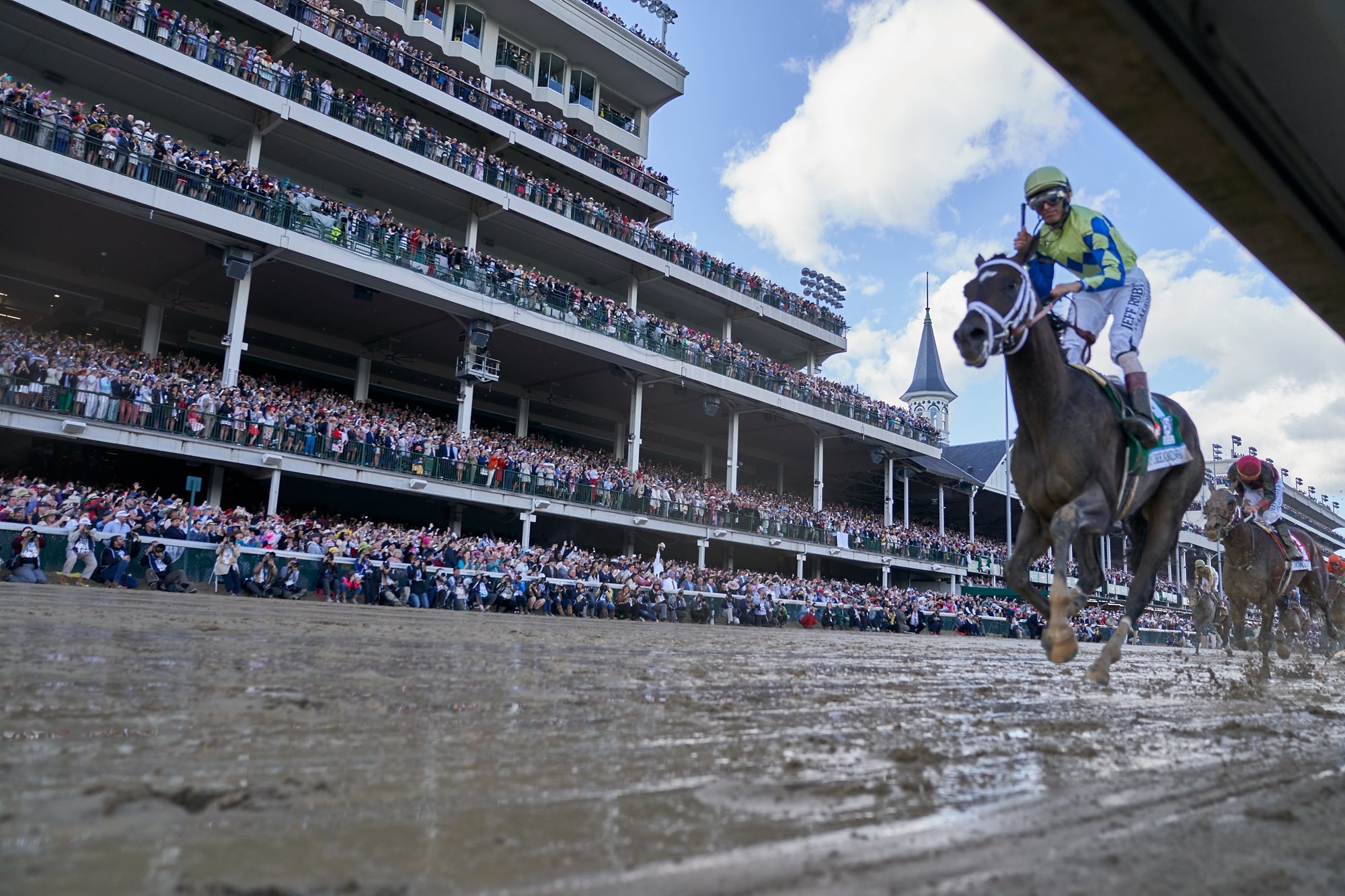 After two days of working down in the mud and handheld with his six α9s, Didlick came away with some observations. “I had used the camera prior to its introduction, so I was well acquainted with its speed, but shooting horse racing like this really emphasized just how remarkable the speed is. I thought about that famous picture where Edward Muybridge proved that a horse had four hooves off the ground at the same time, and being here at The Kentucky Derby realized, ‘Okay, everybody else is shooting 10 to 12 frames per second and I'm shooting 20 frames a second…I'm seeing those horses’ hooves off the ground more than anybody else is!’ 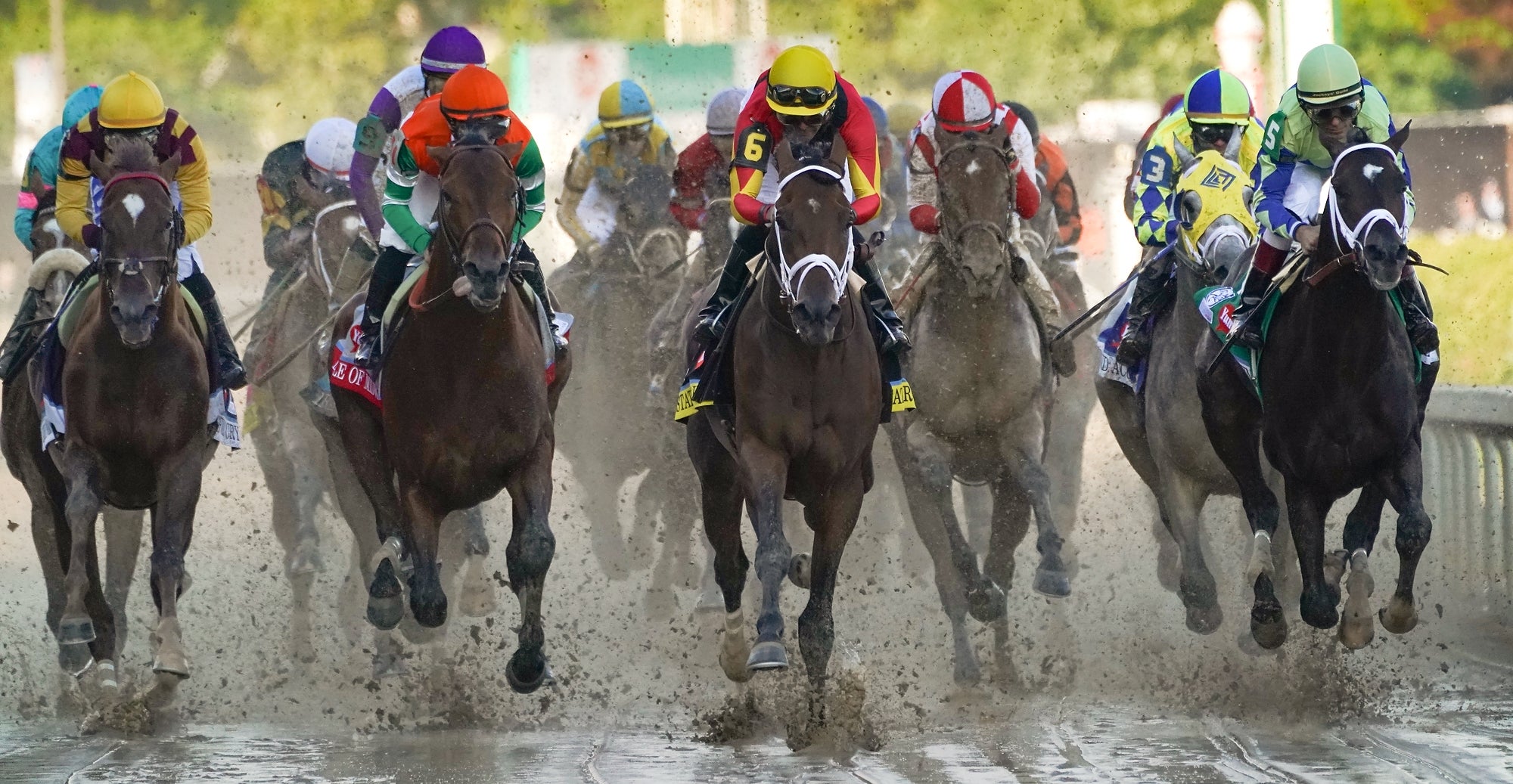 One in a sequence that photographer Nick Didlick shot handheld at 20 fps with the new Sony α9 (see the full sequence stitched together into a video below). Several of the horses, including Always Dreaming on the far right, are seen in mid air with all four hooves off the ground. Sony α9. Sony 100-400mm G Master with 2X converter at 800mm. 1/2000-sec., f/11, ISO 3200.

A sequence of 30 full-resolution still frames shot by Nick Didlick with his Sony α9 at 20 frames per second were stitched together to make this video.

The speed of the α9 has certainly been the big story, but for Didlick, it’s far from the only story. “Some other things that were fantastic about the camera were the small size and light weight and the battery life.”

He continues, “I rolled into the Derby with six cameras and eight lenses, and it basically easily fit in one rolling case with the extra batteries, the chargers, and everything else I needed. While I was setting up, I could carry three a9s on remote where the other guys are trying to handle two of their DSLRs. It’s part of doing more with less, because we don’t have the number of assistants to lug gear that we used to.”

The new battery is another important feature of the new α9 and Didlick came away from the Derby with a resounding endorsement of the camera’s new power system. “The battery life astounded me! I put the camera up on a remote, without the grip, and had it turned on so it was ready to fire and it would last six to eight hours on one battery. That blew me away.”

This Kentucky Derby was the Sony α9’s first major foray into big-time sports photojournalism. With Didlick’s guidance, the camera lived up to its potential. 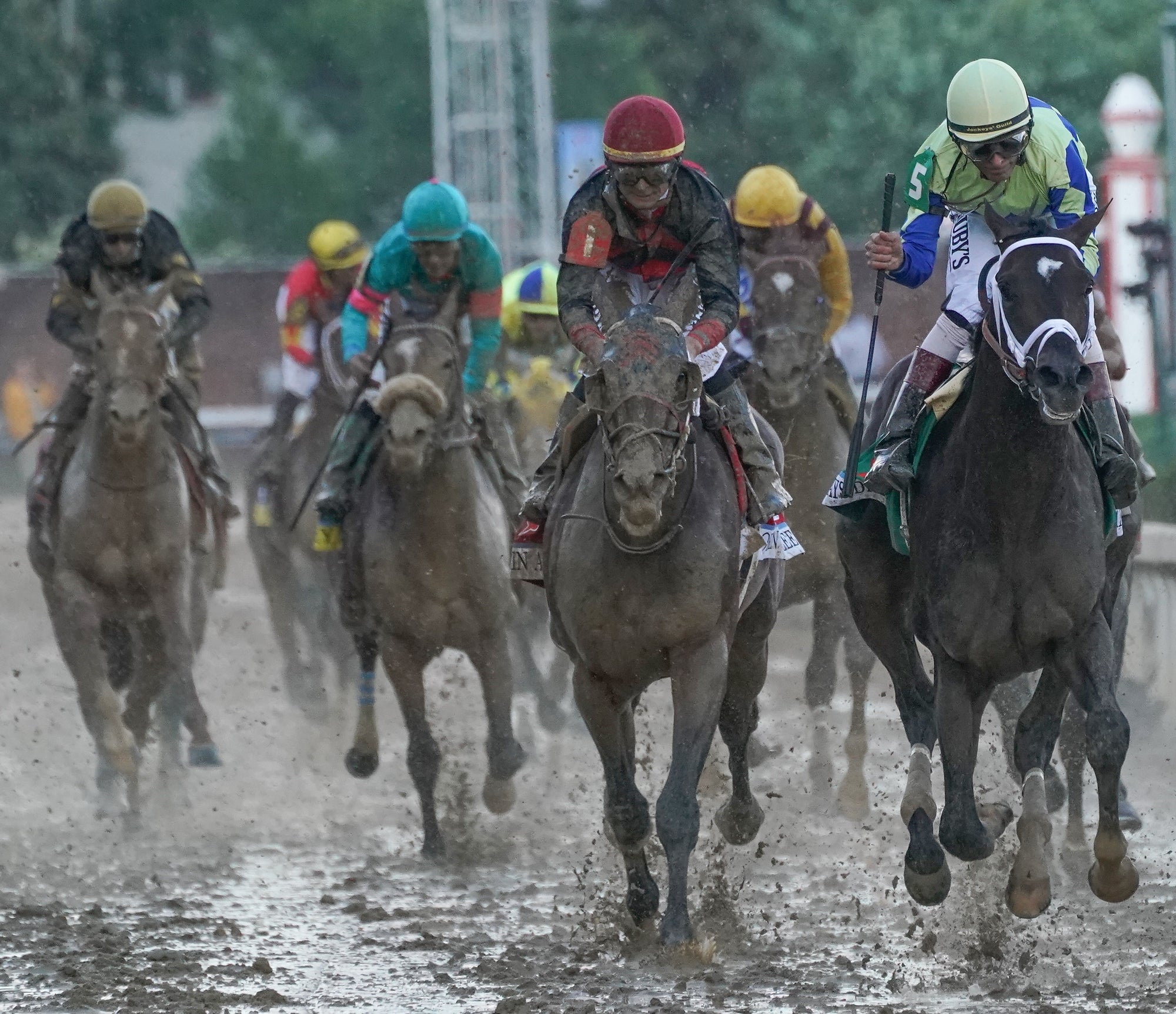 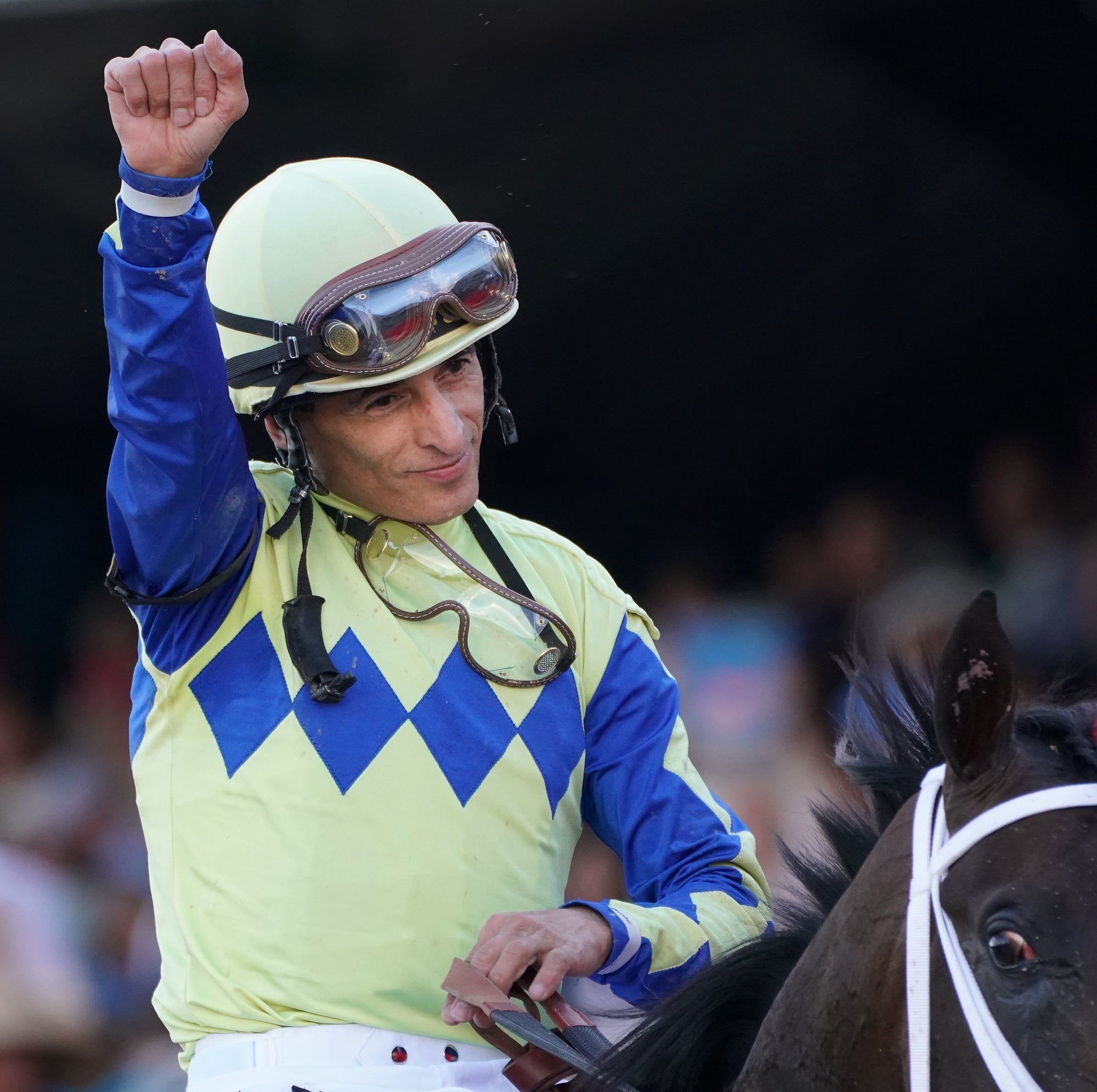 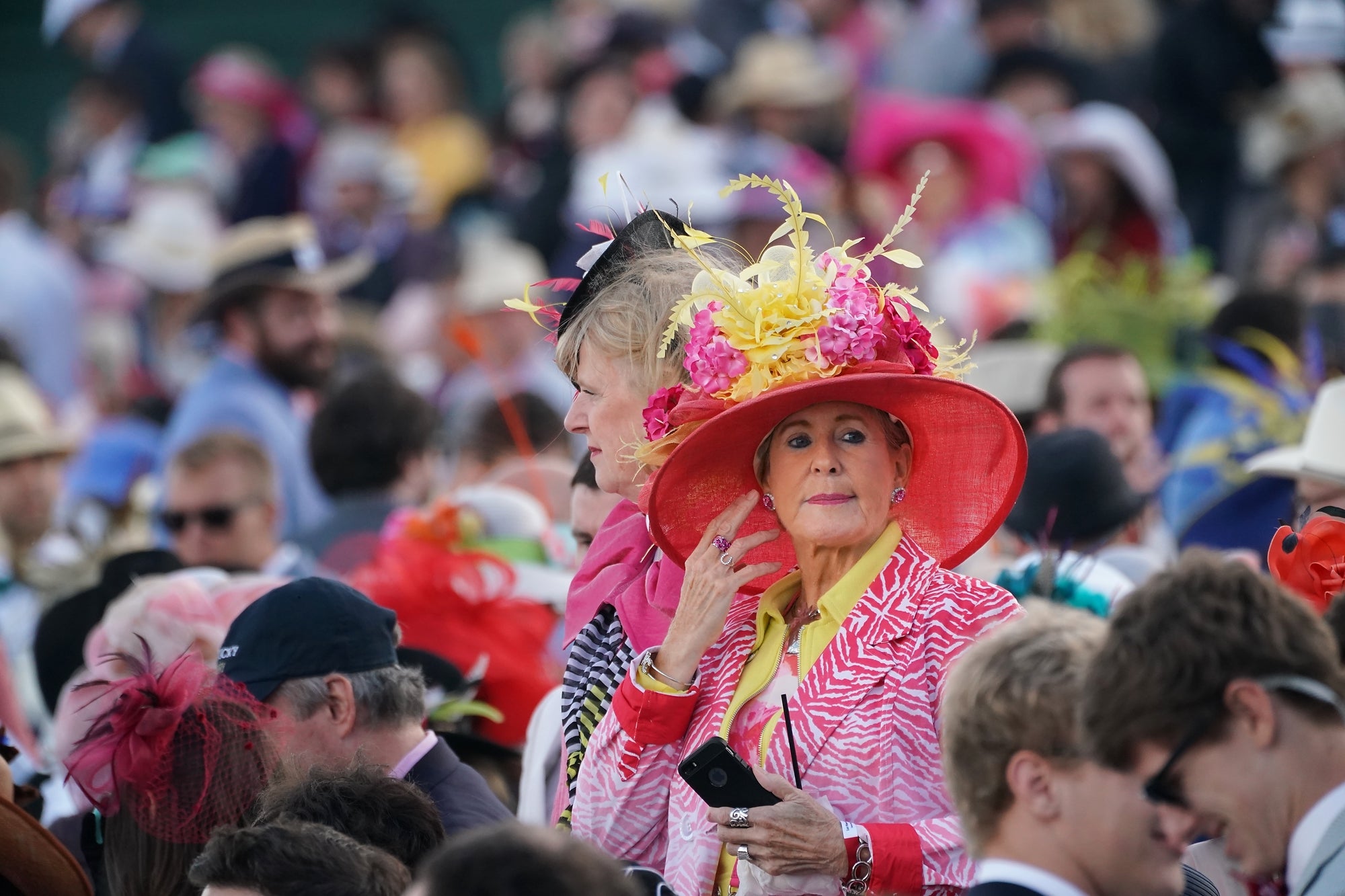 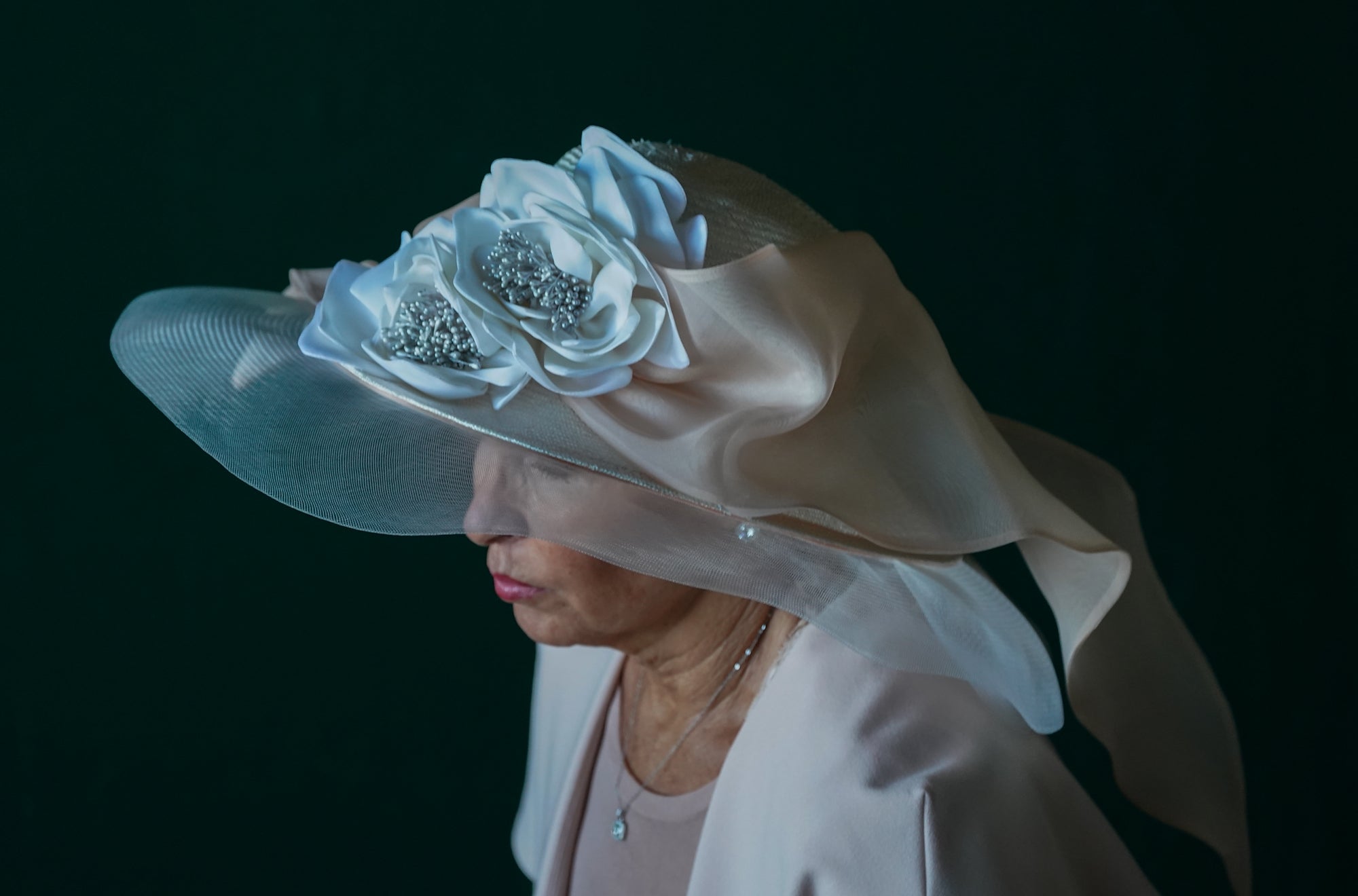 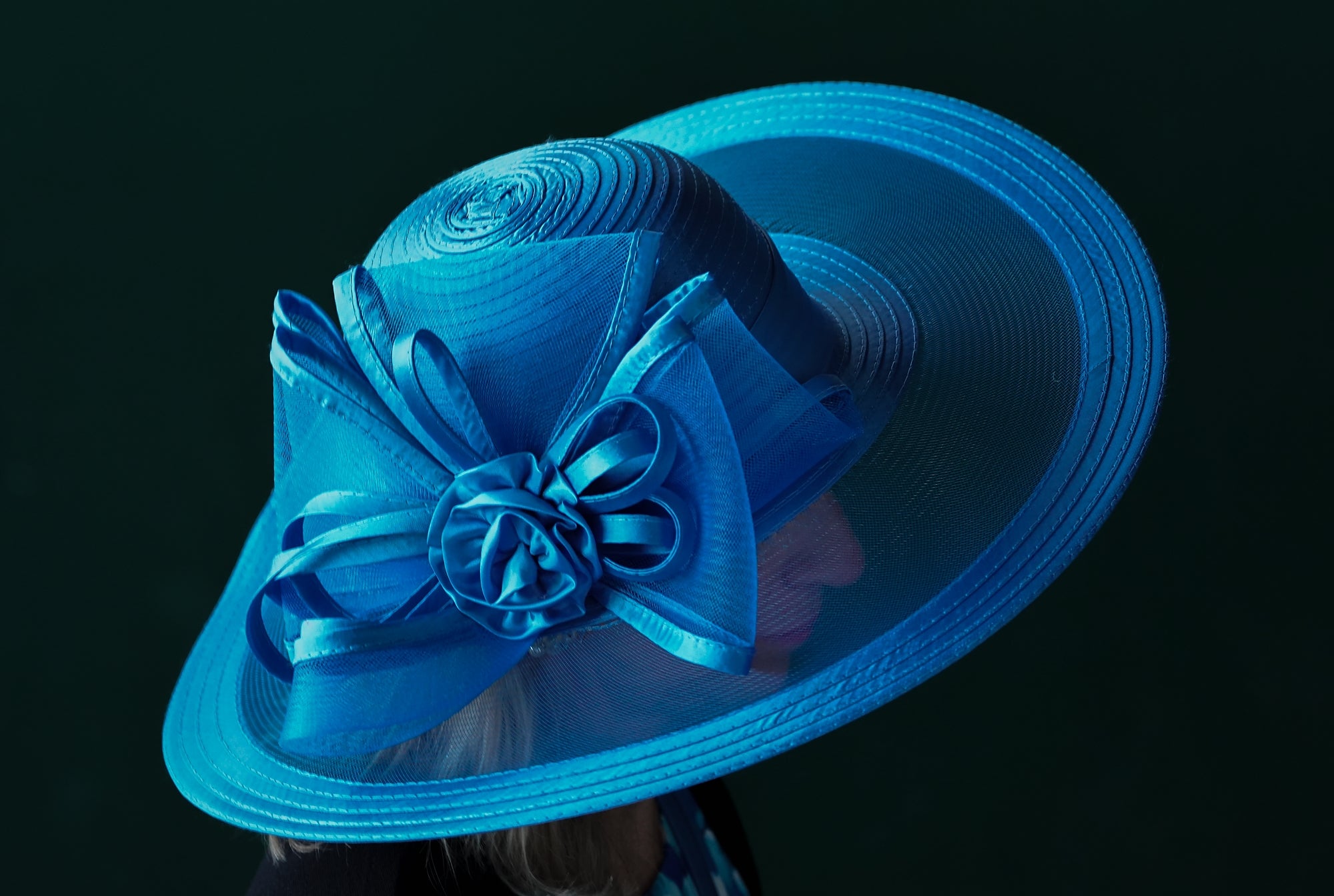 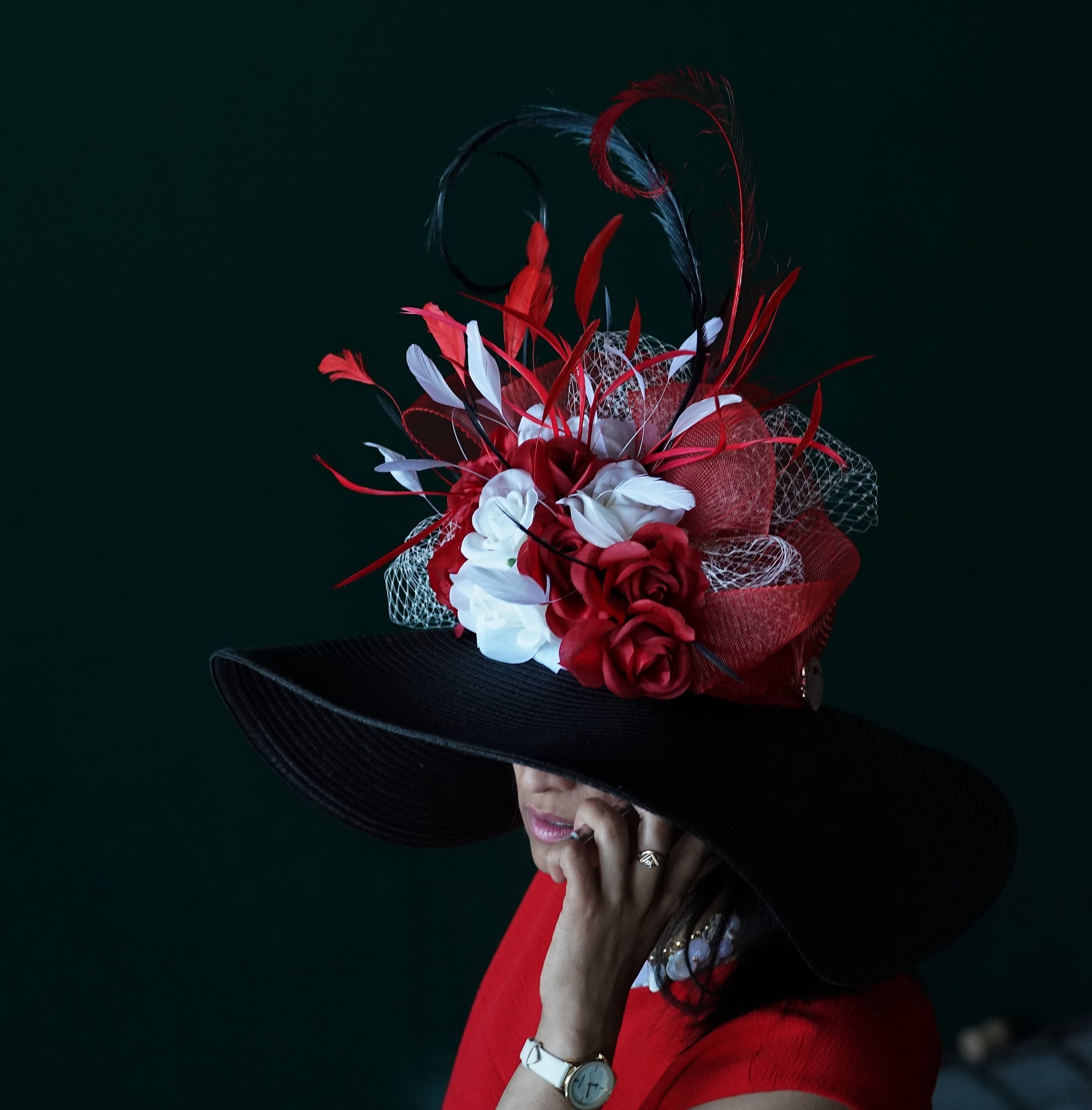 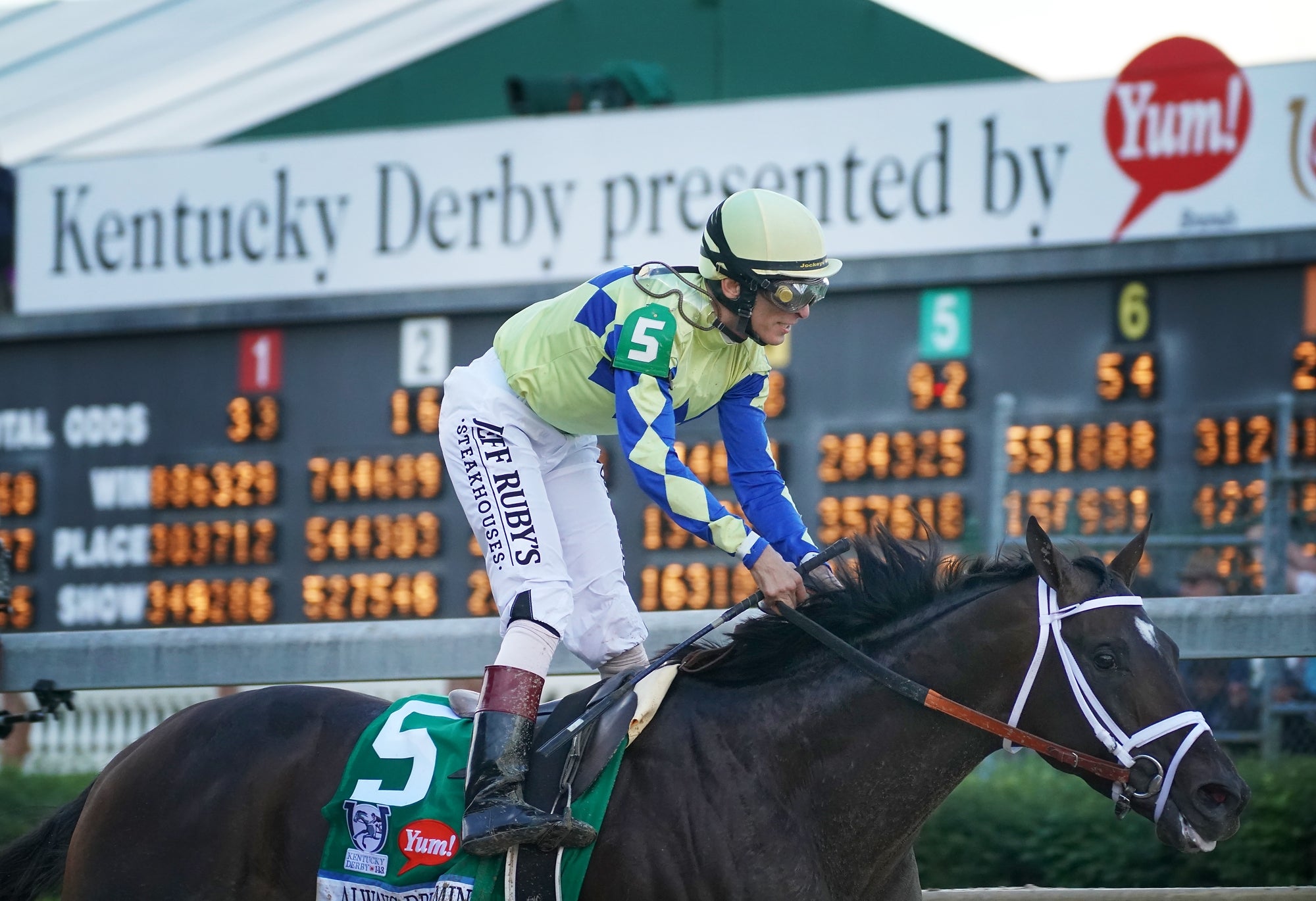 All photos by Nick Didlick/VisualMediaProducer.com