Two years can feel like a lifetime in the digital camera market, with fresh faced models seemingly delivered on a frantic six month schedule. But that’s roughly how long my RX1 has been in service – two full years. It was the golden child back then, always with me, consistently impressing with the sweet render of its Zeiss Sonnar 35/2 and the jaw dropping dynamic range from the 24-megapixel sensor. But new interchangeable lens models were released by Sony and the RX1 would often be relegated to the drawer. The newer Alphas boast faster AF, built-it EVFs, higher resolution or better low light performance, and the ability to mount nearly every lens ever made for the format. 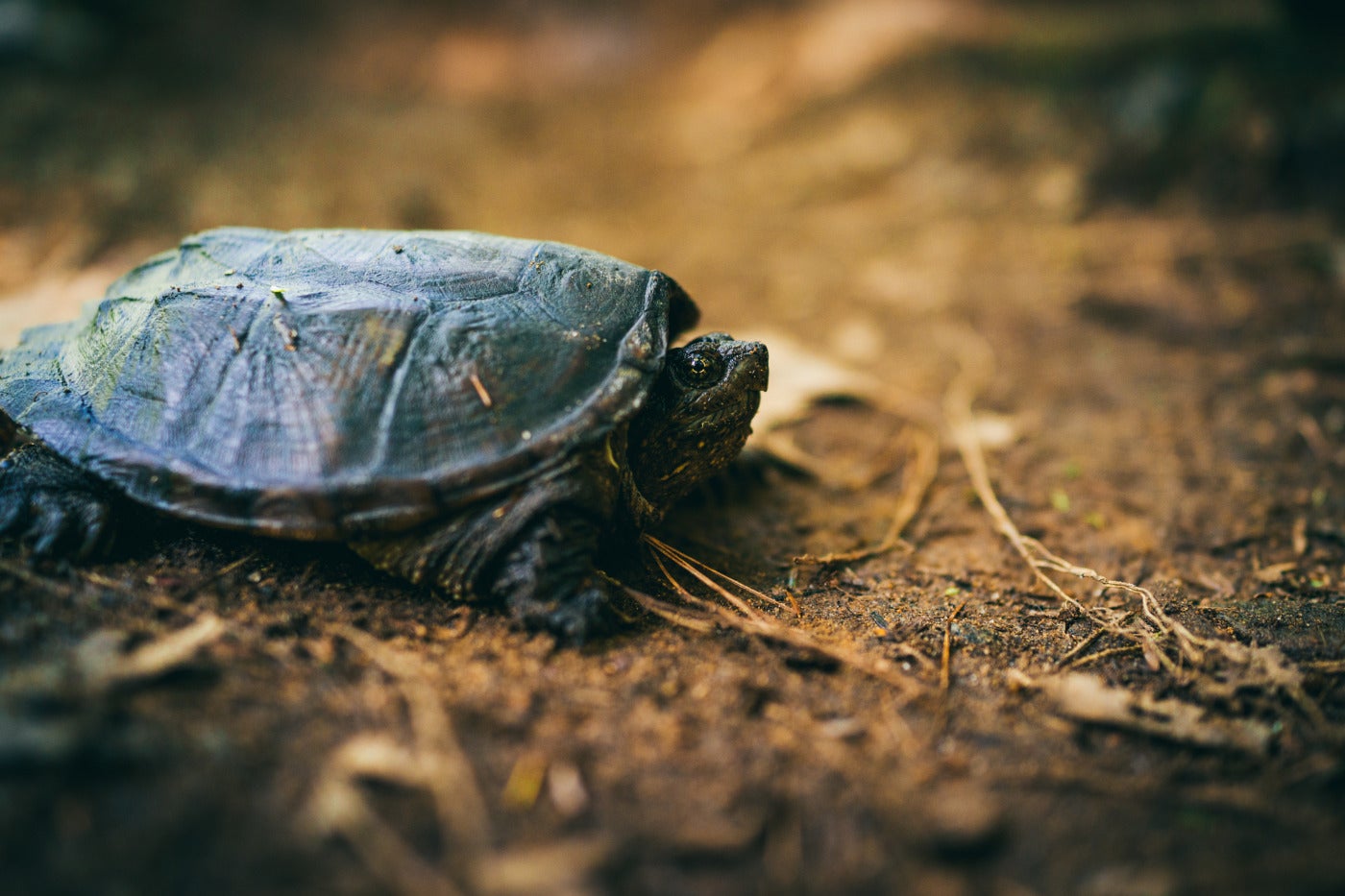 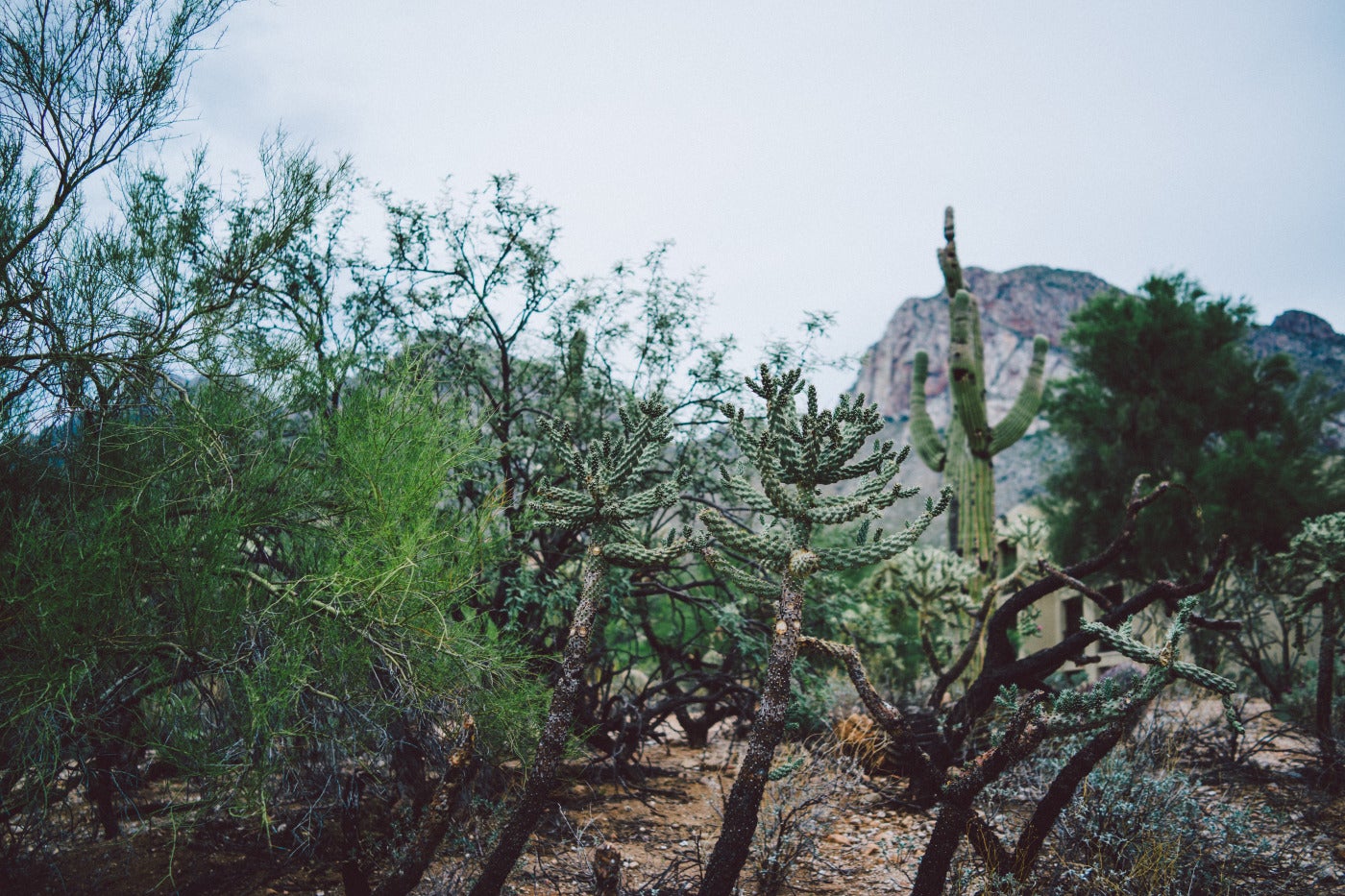 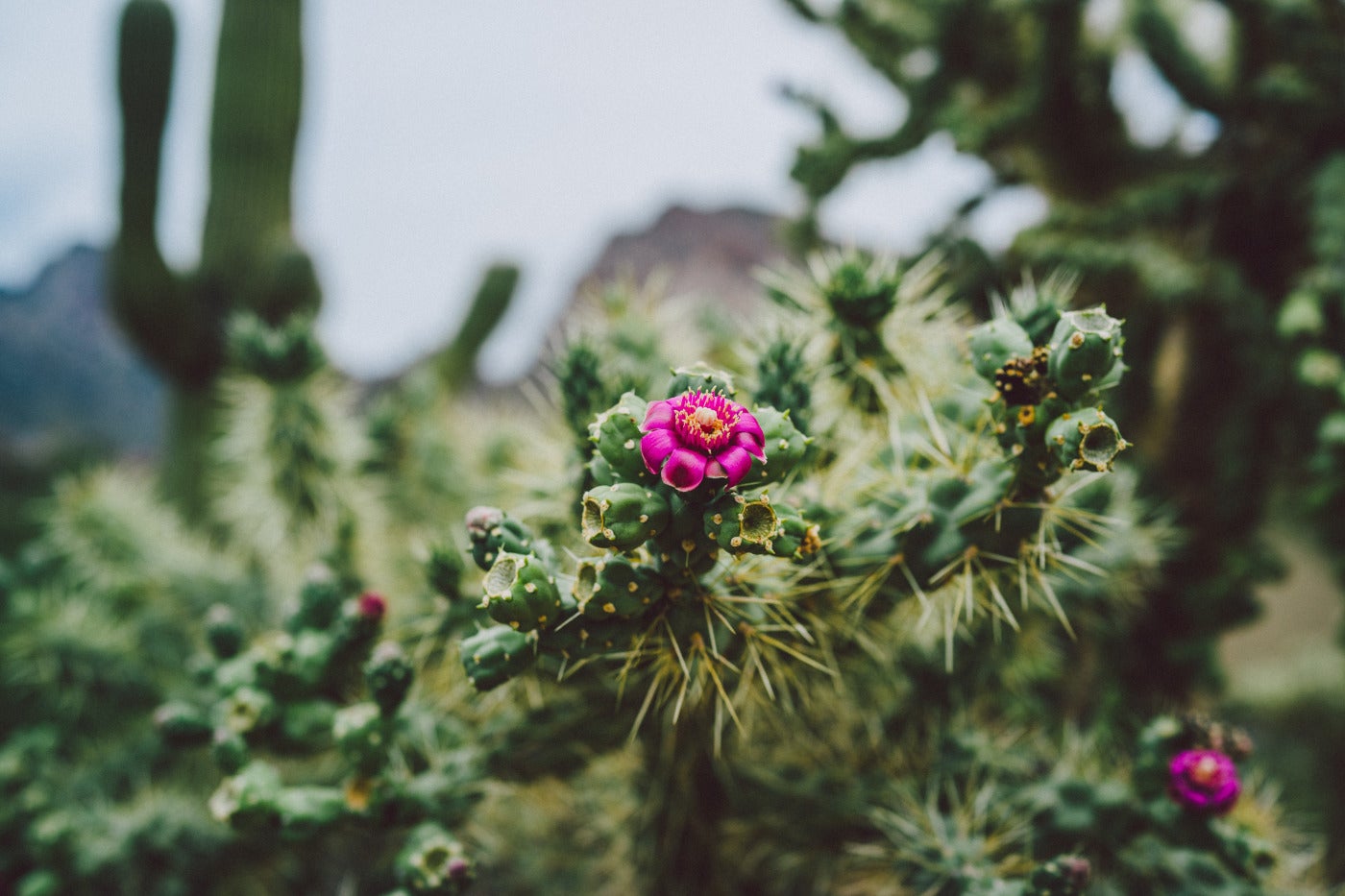 Funny thing though, the RX1 still deserves a place in the current stable and an argument can be made that it represents something wholly unique and special that can’t be duplicated by its siblings. It is the camera that I grab when I want to travel, go out with friends or just don’t want to think about lens options. There is a power in simplicity and limiting yourself to a single, classic 35mm lens. I rarely feel restricted with the fixed field of view and find that it is well suited for intimate scenes, landscapes and even portraits.

Given this ongoing admiration for the RX1 I decided to break down what makes the camera relevant today: 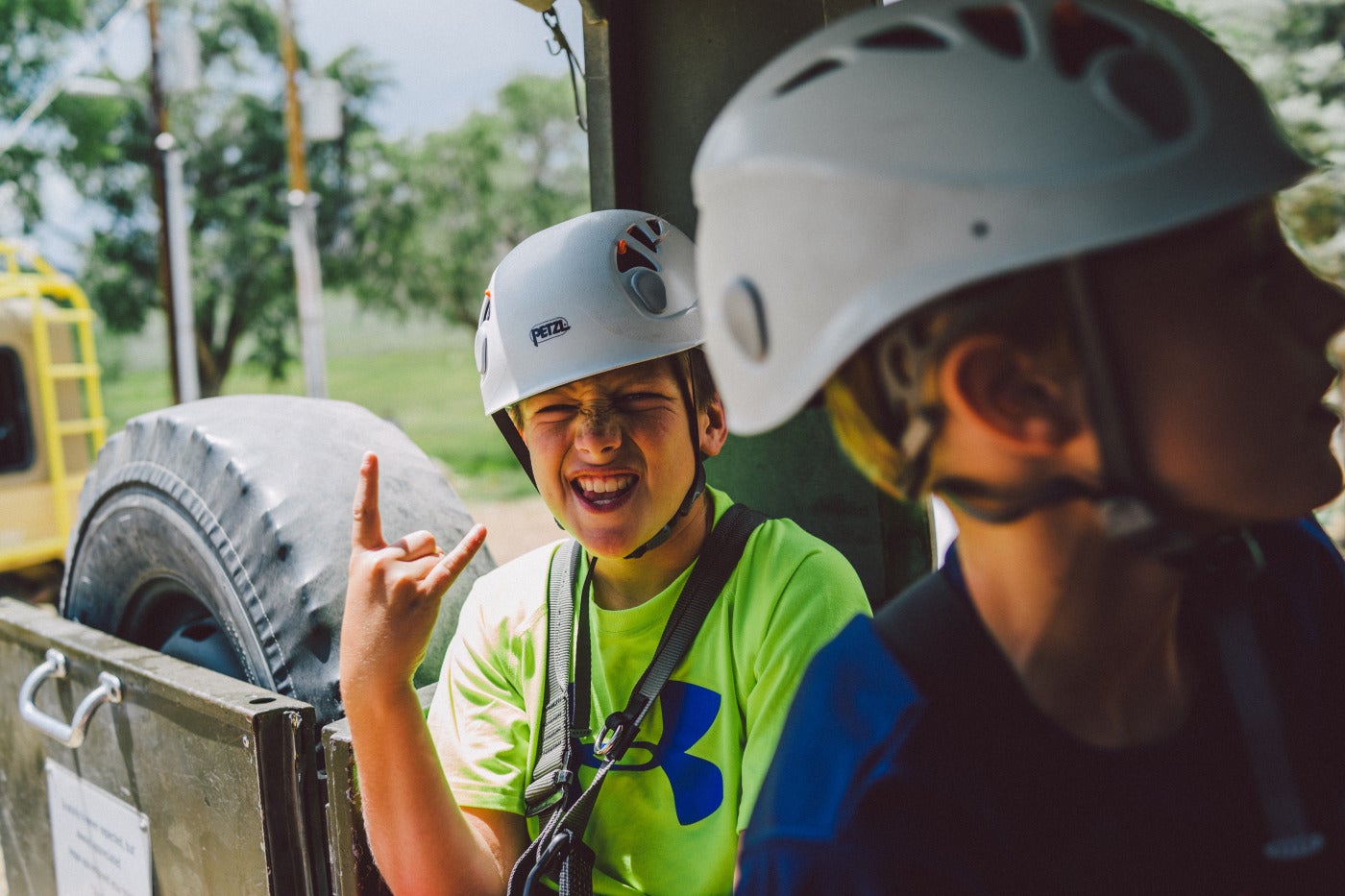 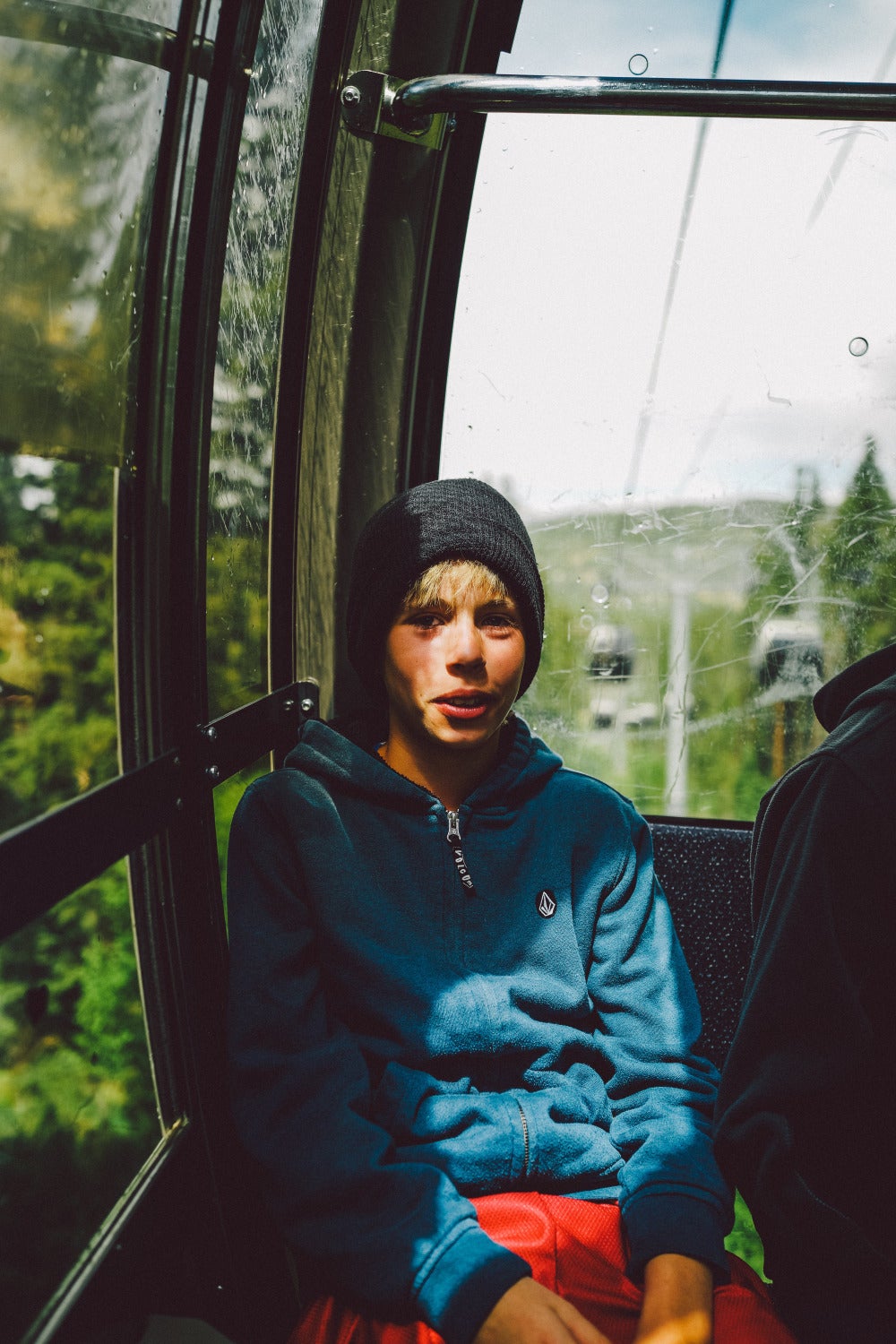 Like the legendary Hexar AF film compact and its Summicron killer 35/2, the heart of the RX1 is its fixed prime lens with silent leaf shutter. When the RX1 was released, the review sites gushed over the Sonnar that Sony had literally shoehorned into the frame to achieve the compact stature of the camera. With no less than three physical rings – aperture, focus and macro – the all metal Zeiss looks and feels the part of a classic rangefinder optic. Today, that lens is no less sharp, tactile or well built. You won’t find any test charts here but I’ve never been disappointed with the Sonnar’s resolving capability and its lovely rendering of out of focus areas. At times I’ve flirted with switching to the R model with no AA filter for improved resolution but photography isn’t solely about sharpness or resolution and there is a coherence inherent in this lens sensor combo that consistently satisfies.

With a leaf shutter, the lens is nearly silent and allows discrete shooting that lends itself to street, movie stills, sound recording environments or any other application where a silent shutter is a necessity. I often forget about the importance of having this ability until it is required.

The Sonnar does have its minor faults, but unless you are using an Otus, what lens doesn’t? Most notably, there is some CA that will need to be cleaned up on occasion, as well as distortion and vignetting that is magically erased in-camera. I never worry for a second that the lens is somehow hobbled or deficient. I would rate it as one of the finest 35/2 lenses made, equal to the Leica Summicron (king of bokeh), and Hexanon, better than the Minolta AF. 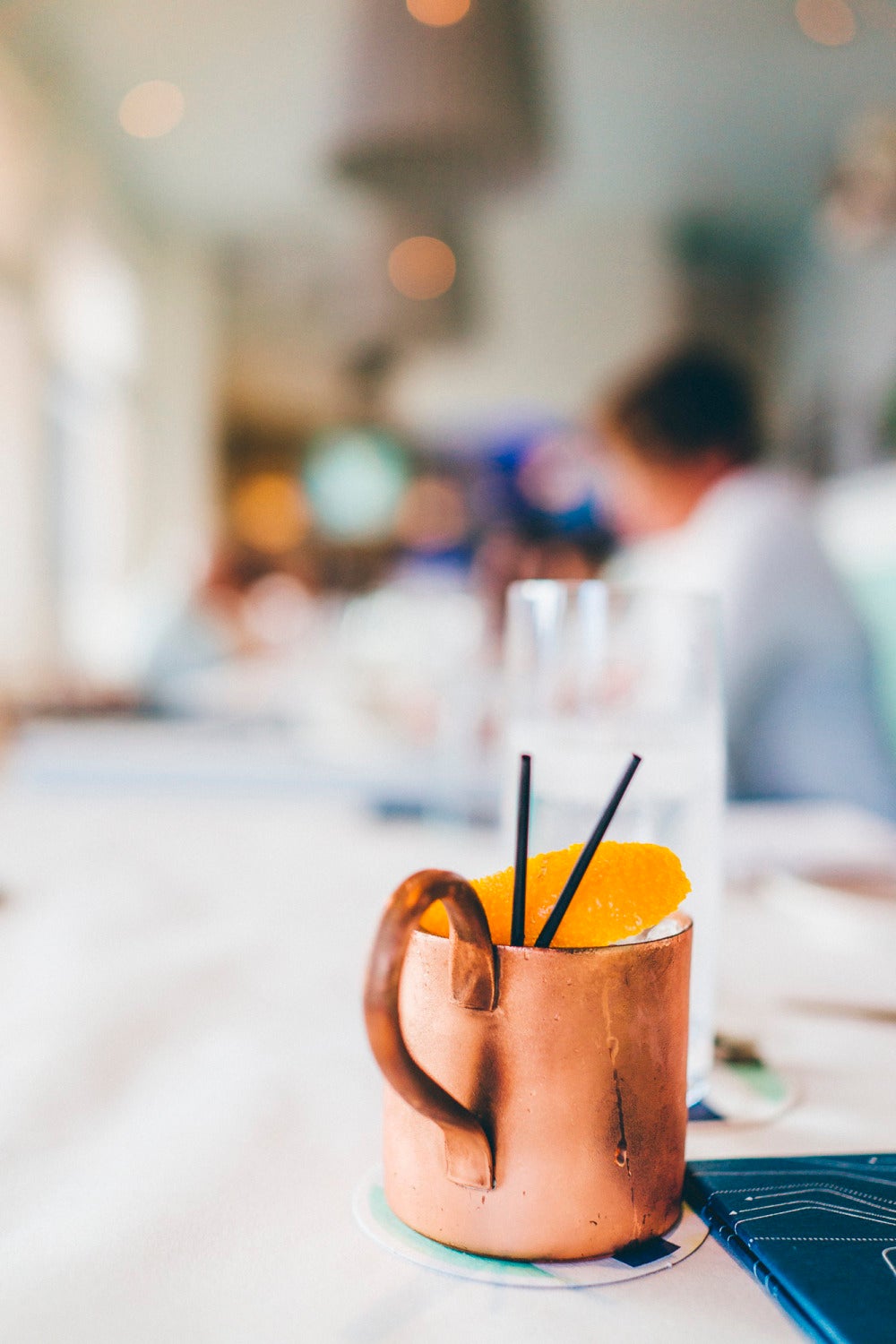 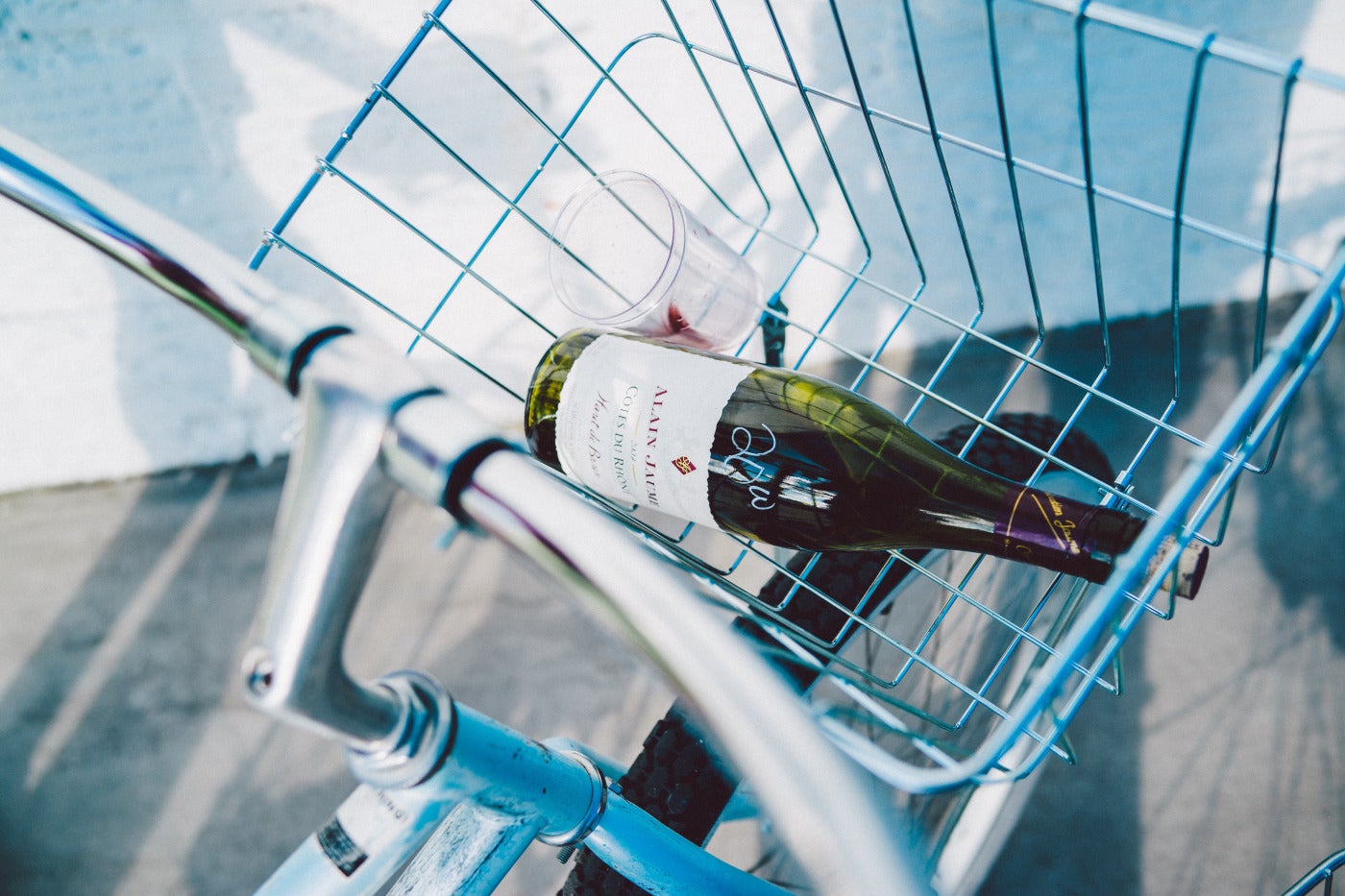 When released, the RX1 was a clear shot across Leica’s bow. It is considerably smaller than the digital M bodies with a similar level of build quality, yet houses a modern full frame sensor with exceptional capabilities. It truly was the first of its kind and has yet to be eclipsed. You often read words such as “exquisite”, “finest”, “teutonic”, “brick” or “tank” to describe its build and design. Nothing has changed over those two years, in-fact time has proven the validity of those early claims. The detents on all of the metal control dials and rings remain as firm as the day I unboxed the camera. Some mild brassing on the focus ring is the extent of visible wear, although I have encased the camera in a leather half case made by Ulysses in Japan. The camera comes from the factory with a small patch of griptec type material on the front right hand side and a modest thumb grip on the rear. These two features provide just enough surface tension to make single hand holding possible but there are many first or third-party options to improve the ergonomics if desired. The case I purchased provides a nice little leather grip integrated into the design and retains access to the battery and SD card.

Controls are decidedly manual, with the aforementioned aperture ring plus an exposure compensation dial with 3 stops of adjustment +/-. When shooting full manual or shutter priority, shutter speed is assigned to the rear thumb dial. Personally, I prefer this setup to a shutter speed dial on top of the body and find that the combination of physical dials and rings to be ideal for controlling aperture, shutter speed and exposure comp.

The display is perhaps the most contentious component of the design. In an apparent attempt to keep the body as compact as possible, the RX1 was delivered without an OVF, EVF or tilt-screen. You get a nice LCD with good visibility in bright light (on the Sunny Weather setting) but that’s it. Many refused to purchase a camera where you are required to use the stinky diaper technique of composition. Sony does offer an optional OVF or EVF solution but both are pricey and alter the compact form factor of the camera. Personally, I chose to purchase the EVF and find it to be an effective add-on that not only allows for eye-level viewing, but with its articulating eyepiece, you get a right-angle finder, rendering you less intrusive to subjects on the street.

It is remarkable to think that in many ways this CyberShot branded camera remains Sony’s finest design. I know I’m not alone in hoping that a new model will eventually be introduced that retains the same level of build quality along with the retro rangefinder aesthetic and maybe a few improvements. If not for the lack of a built-in viewfinder I would rate the body a 10/10 today. 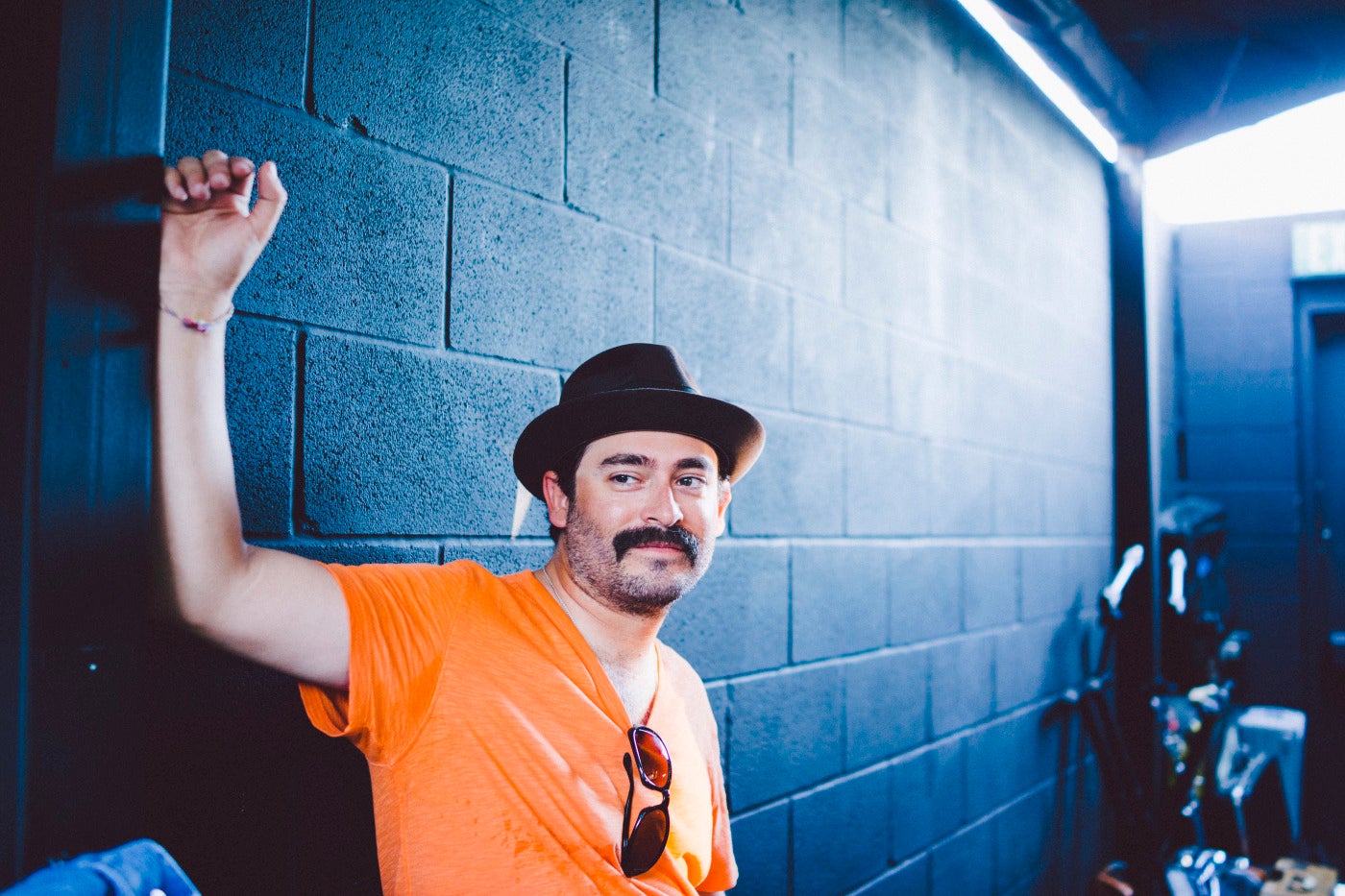 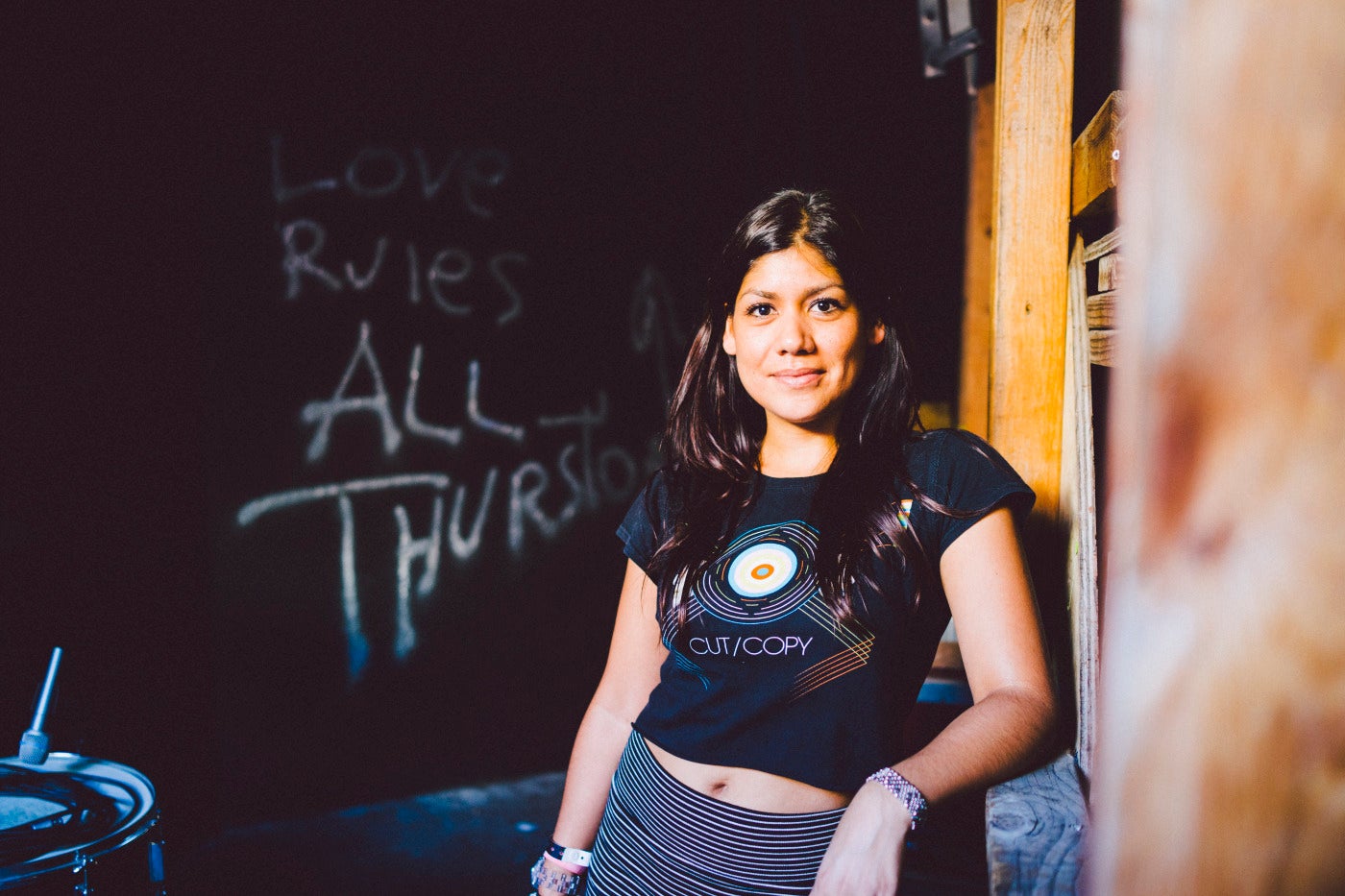 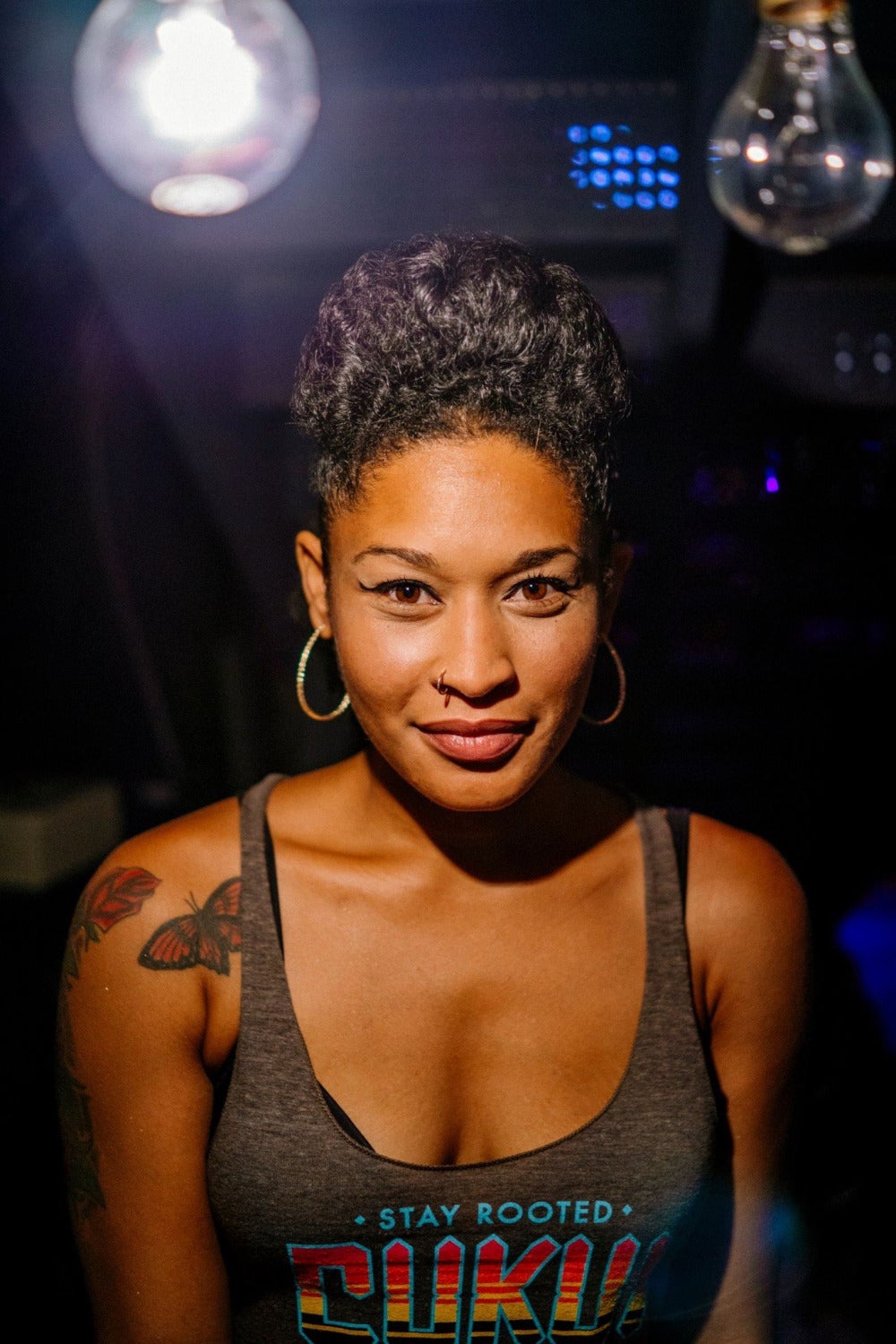 As of the the date of this article, the RX1 sensor is the second highest rated in a Sony body, higher than any Canon camera and higher than any Medium Format system sensor – per DXO ratings. Pretty impressive for a two year old model. With 14.3 stops of dynamic range (widest range of all the Sony cameras), the ability of the sensor to hold highlights and recover shadows is truly astounding. I routinely overexpose when shooting in daylight at f/2, 1/2000 and have no trouble pulling back the highlights. High ISO performance is excellent and as a concert shooter, I have no qualms about using 3200 or even 6400 in a pinch. I rarely rely on software noise reduction as I find the noise pattern to be acceptable and even attractive in a film grain sense. Compared to the sensor in my newish a7II, I feel the RX1 sensor to be absolutely equal if not slightly advanced. 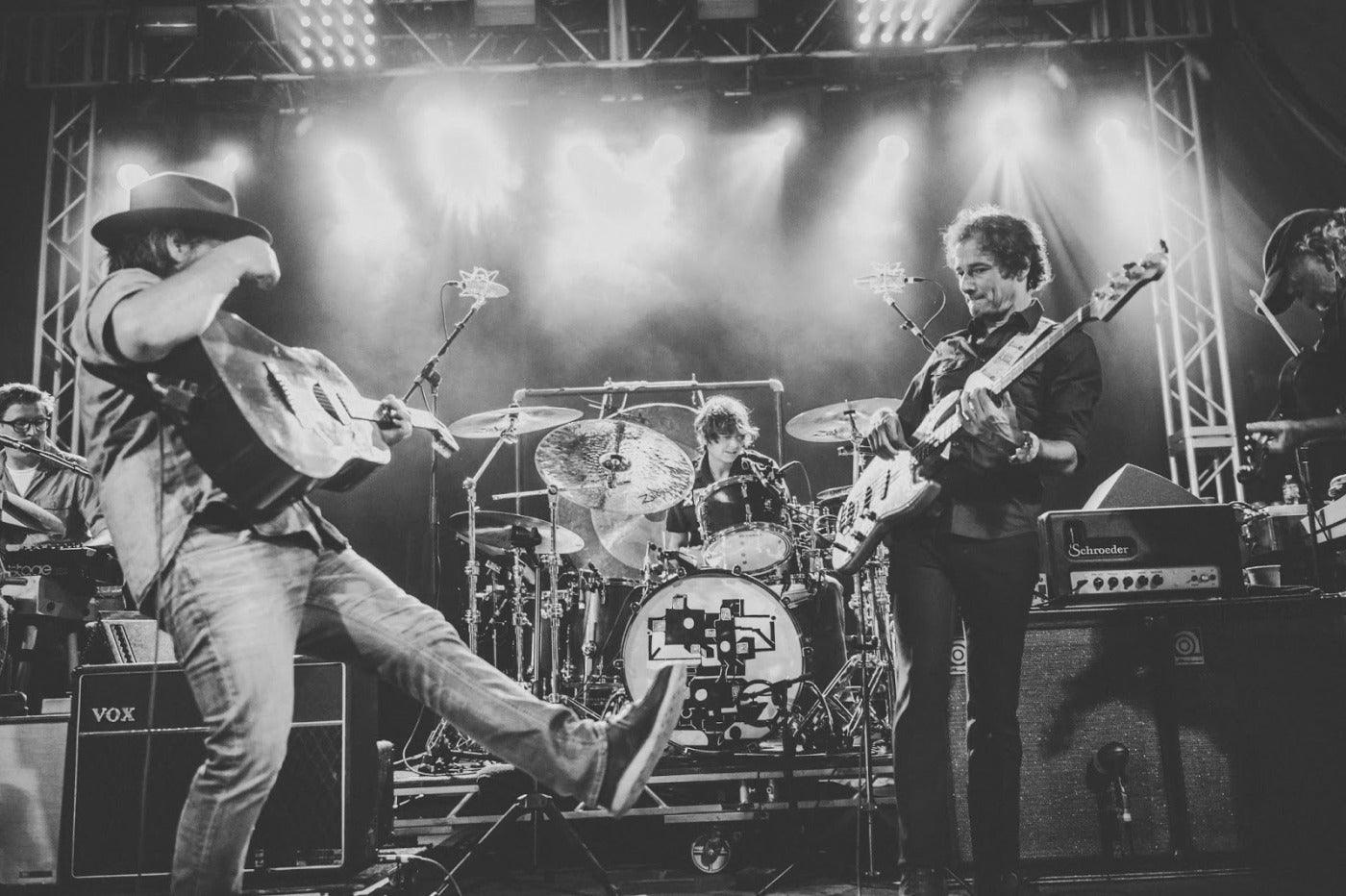 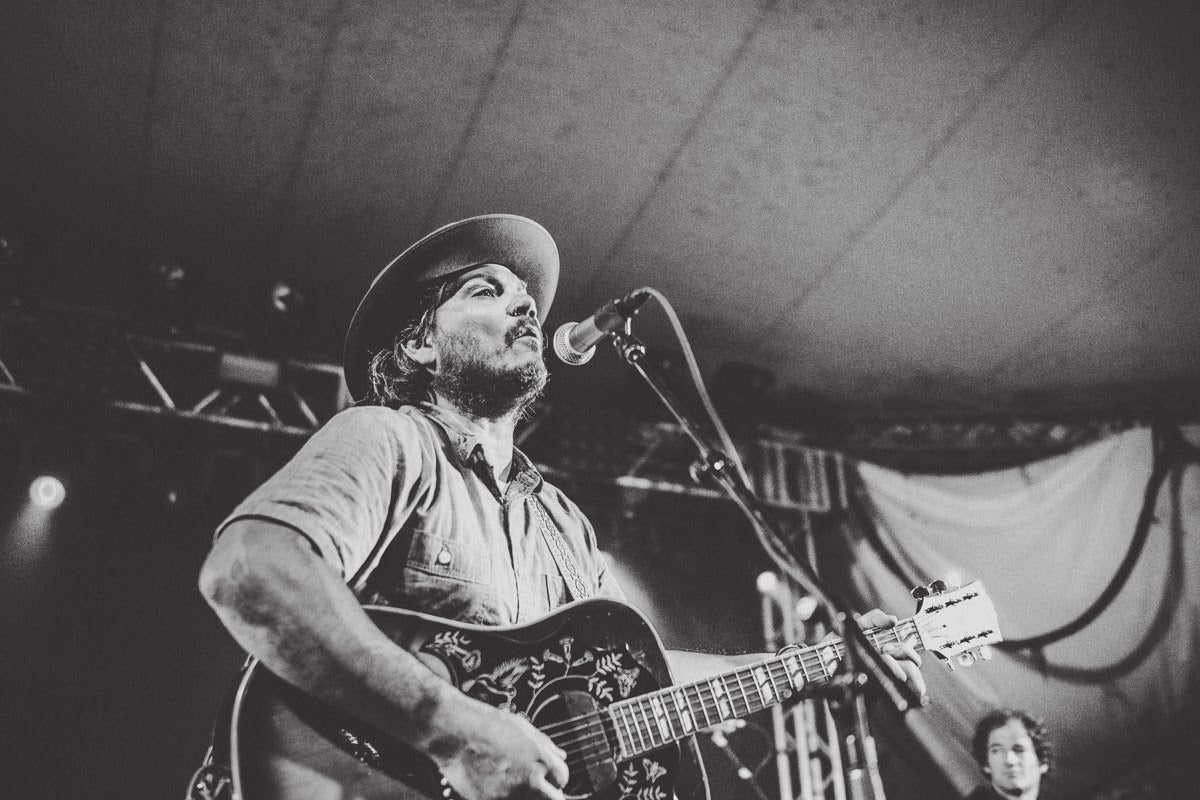 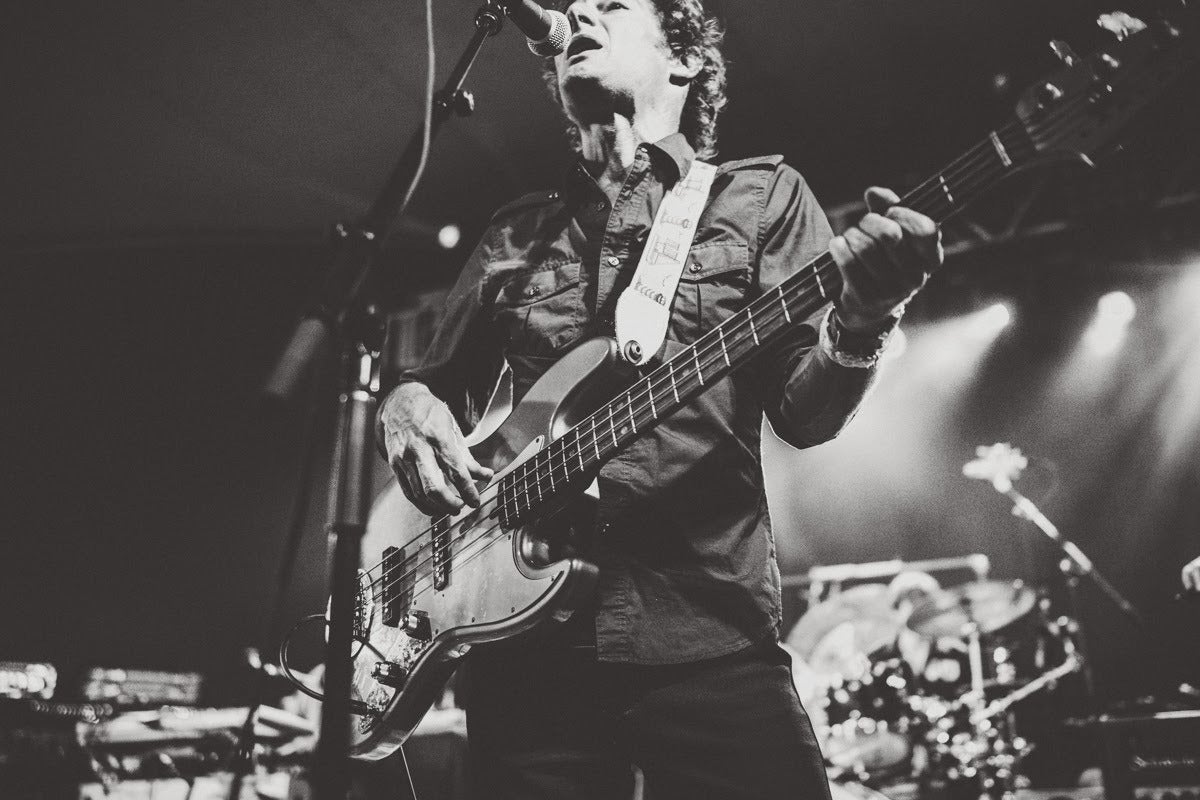 All new alpha cameras use an updated version of the RX1’s interface. Comparing those new menus to the RX1 can be a bit of a letdown. The RX1 menus are spartan and lack many helpful features found in the more recent models. One example is the inability to assign a function to the rear control ring – on the a7 models I keep ISO programmed to the ring for immediate control. On the RX1 you must program a custom button to first access ISO and then select the desired setting from the menu. There is potential for significant interface improvement so it is disappointing that firmware has not been upgraded to better synch the interface design with the current models. 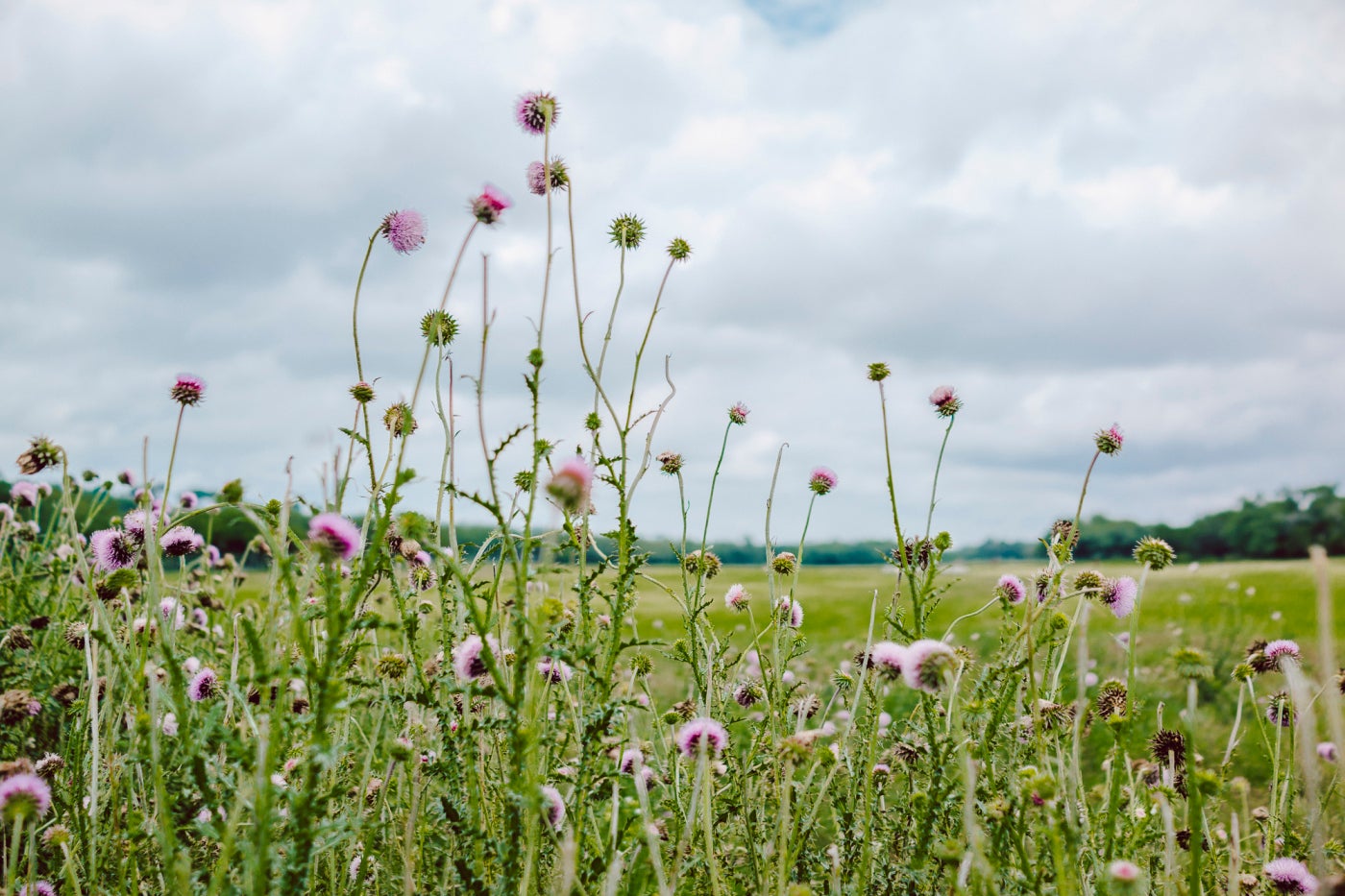 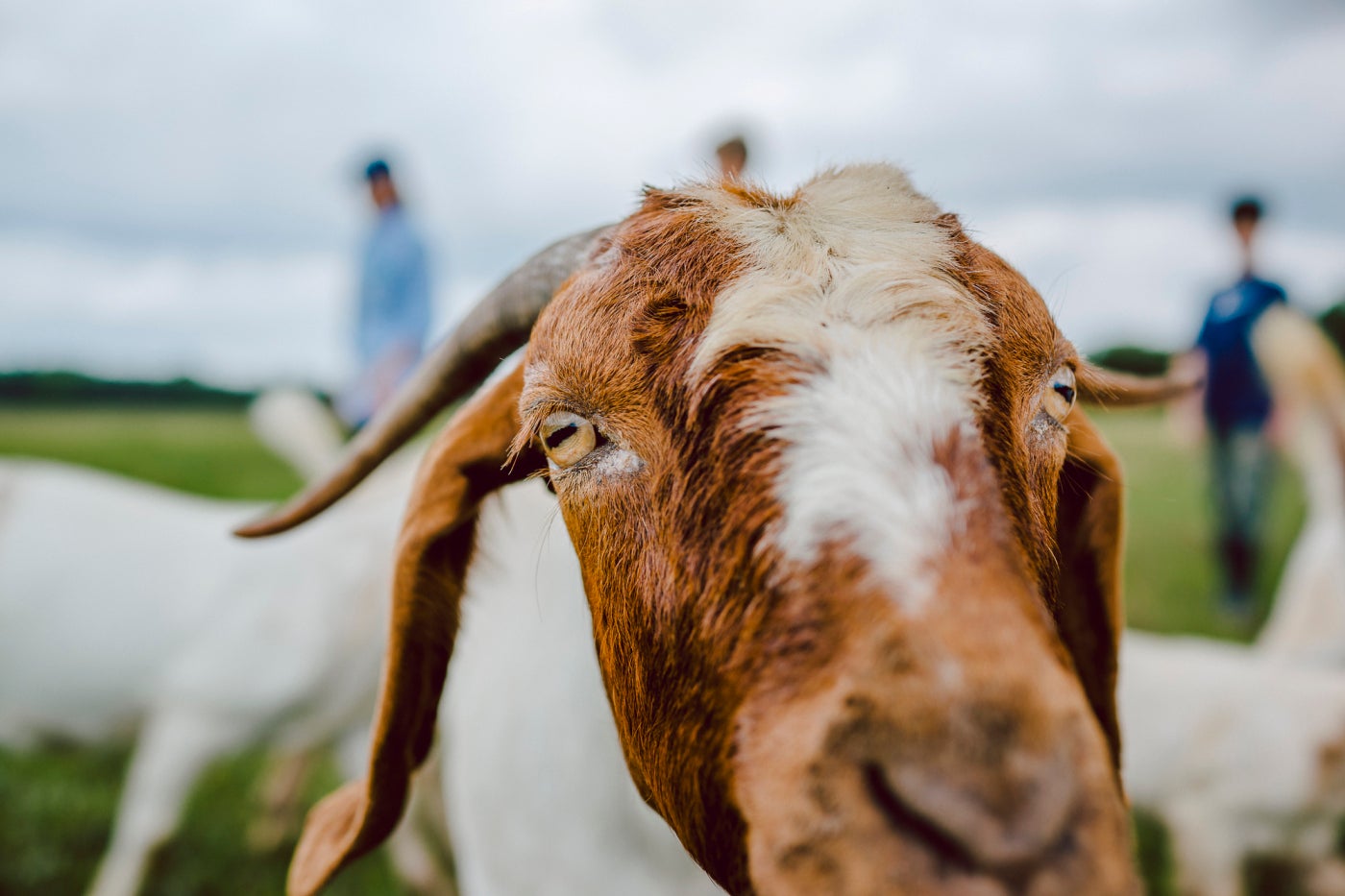 Along with Interface, this section is where the RX1 most shows its age. Autofocus performance has been greatly improved in the newer alpha cameras so living with the older contrast detection system in the RX1 can at times be frustrating. On the upside, AF is generally very accurate, more so than my DSLRs ever were, it just takes the camera a bit longer to get there. Things are generally fine in good light but the hunting begins when the light goes down or in strong backlight conditions. Switching over to manual focus is always an option but the fly-by-wire mechanism requires its own form of patience and skill. Still, to put things in perspective, I have used the RX1 in extreme concert lighting conditions with solid success, just don’t expect it to provide the speed of today’s advanced systems. 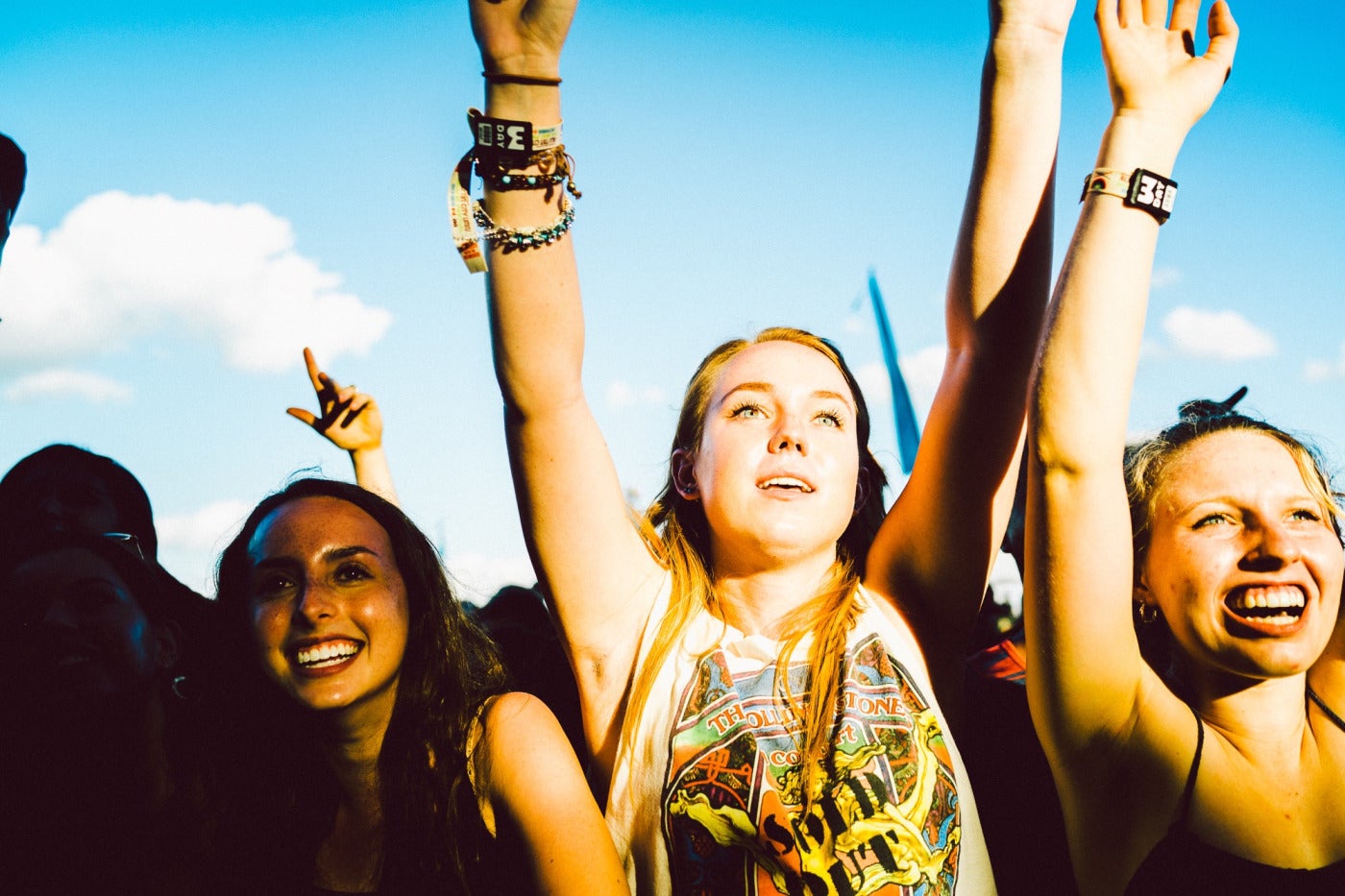 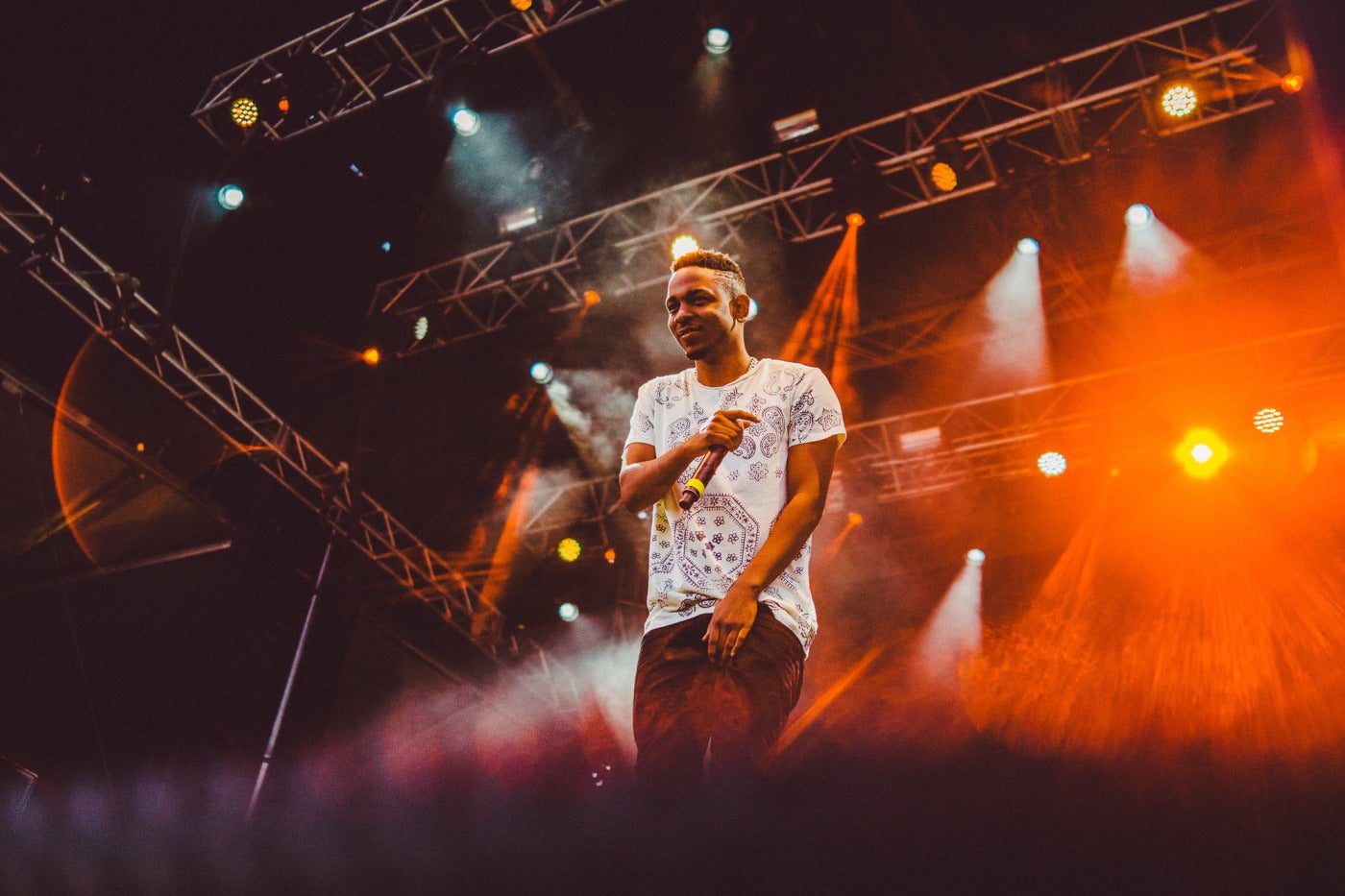 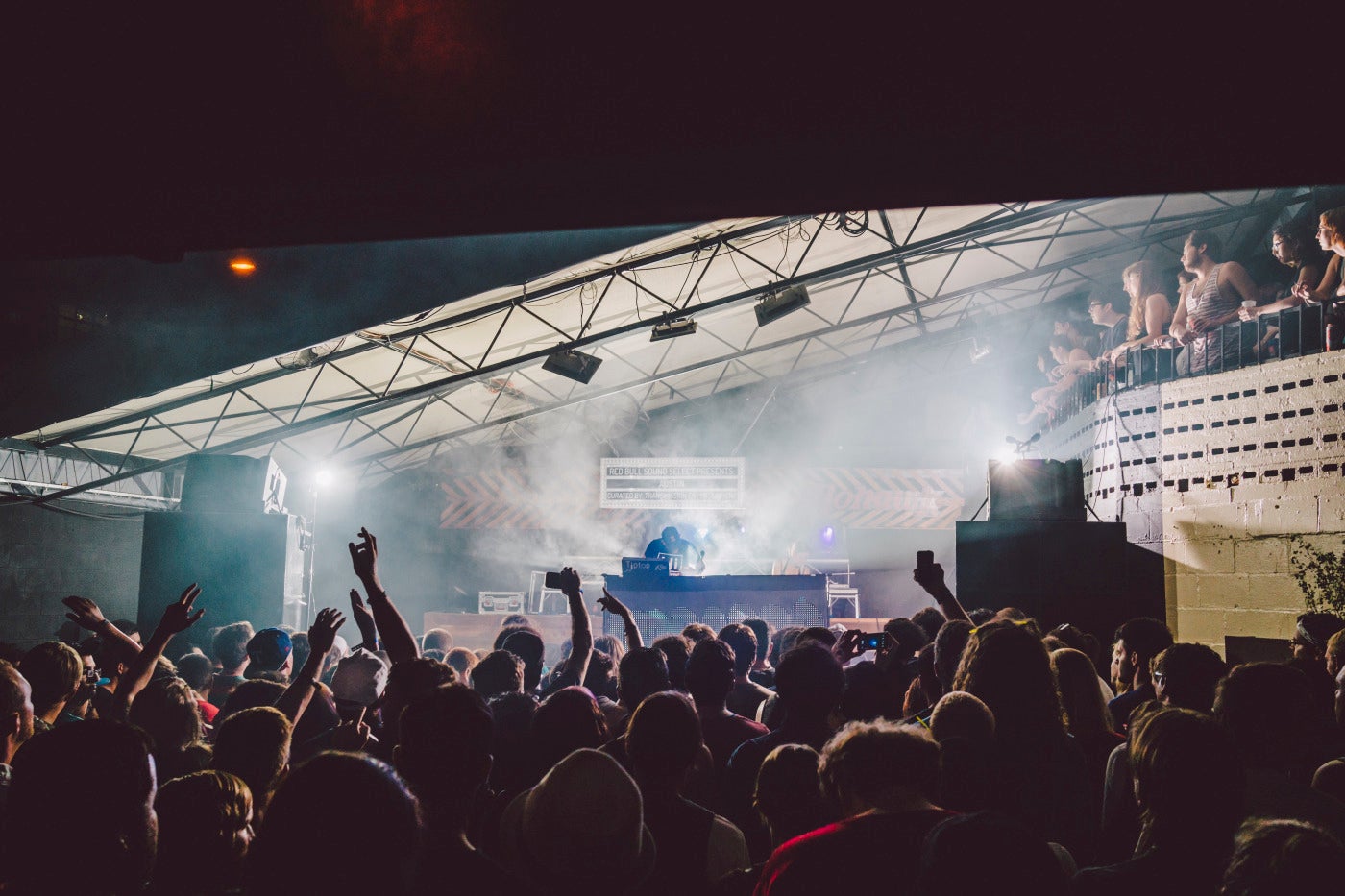 Given the frequency of product advancement in the mirrorless space, a photographer needs to be at peace with their purchase decision. Many agonize over the right time to buy or upgrade, scanning the rumor sites for hints at what is coming next. This cycle of advancement and obsolescence can paralyze or infuriate. With a camera like the RX1 I knew when I purchased it that there would be improvements in later models, specifically to the AF speed and interface. The question I had to ask myself was whether the things that made the camera unique were enough to warrant the considerable cost of the RX1. I did not buy the camera back in 2013 for the AF performance or the interface/menu controls, I bought it for the lens, sensor and body design/build and of course for its compact form. On its introduction the RX1 was the smallest full frame camera you could buy and two years later, continues to hold that title. Sony didn’t just make the smallest full frame camera in the world, they blessed it with arguably one of the finest sensor and lens combinations available and they wrapped it in a beautiful metal retro shell with manual aperture and exposure compensation controls. Due to its compact size and its handsome design – I’ll admit a bit of vanity here, I want to carry the camera with me all the time, confident that I am not compromising anything when it comes to the images it will help me produce.

Tomorrow Sony may announce a replacement with a faster lens, better AF and interface, maybe even an integrated EVF, but when it comes to the quality of the images, we are reaching a point of diminishing returns. What the RX1 produces today is without doubt at the top end of the spectrum, so good that I seriously worry whether a new model would “mess with success”.

Sony achieved a rarity when they designed the RX1 – they produced a camera that many will claim has already reached cult status, which in the throwaway and upgrade world of digital cameras, ensures its relevancy for many years. 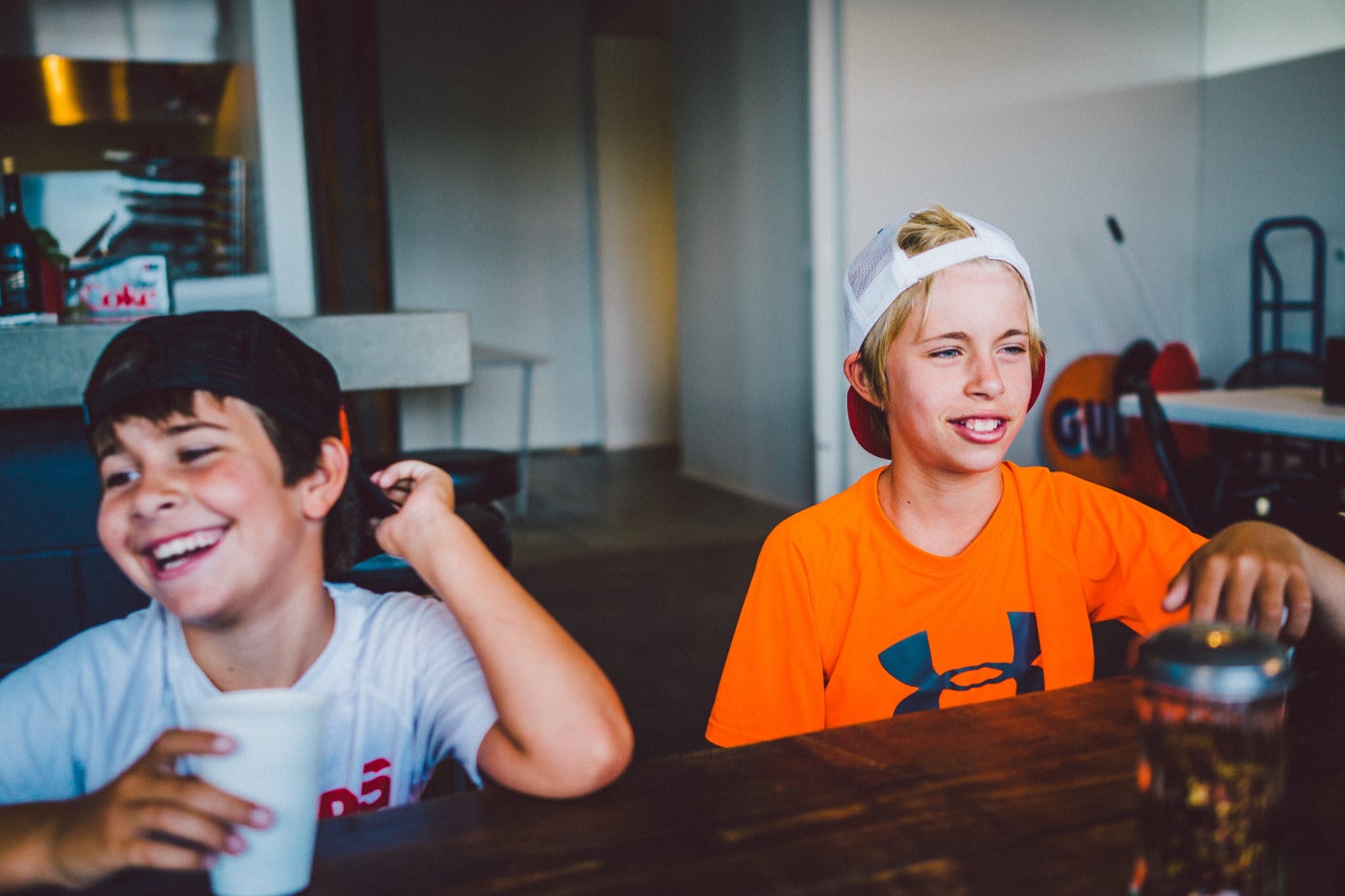 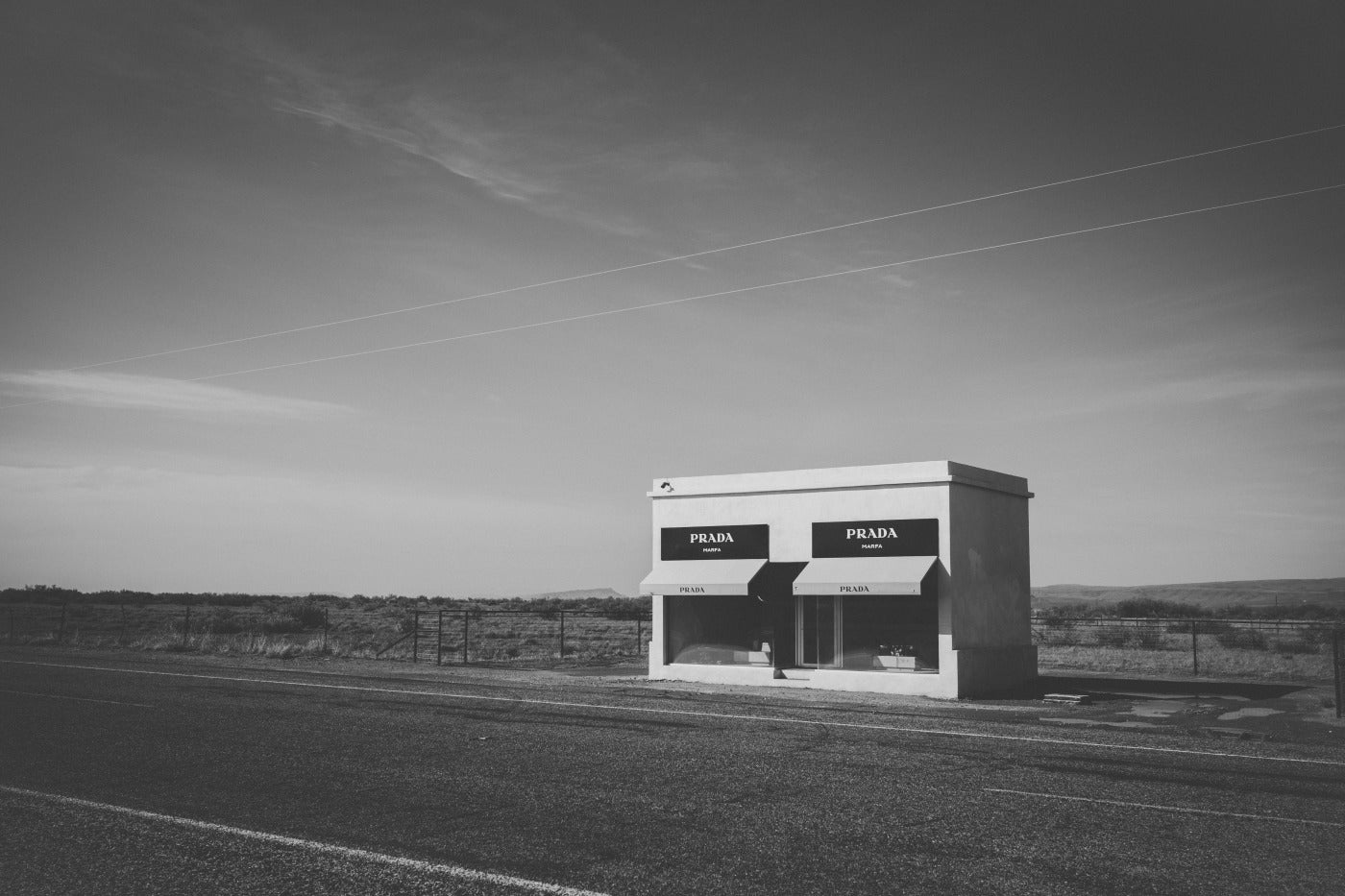 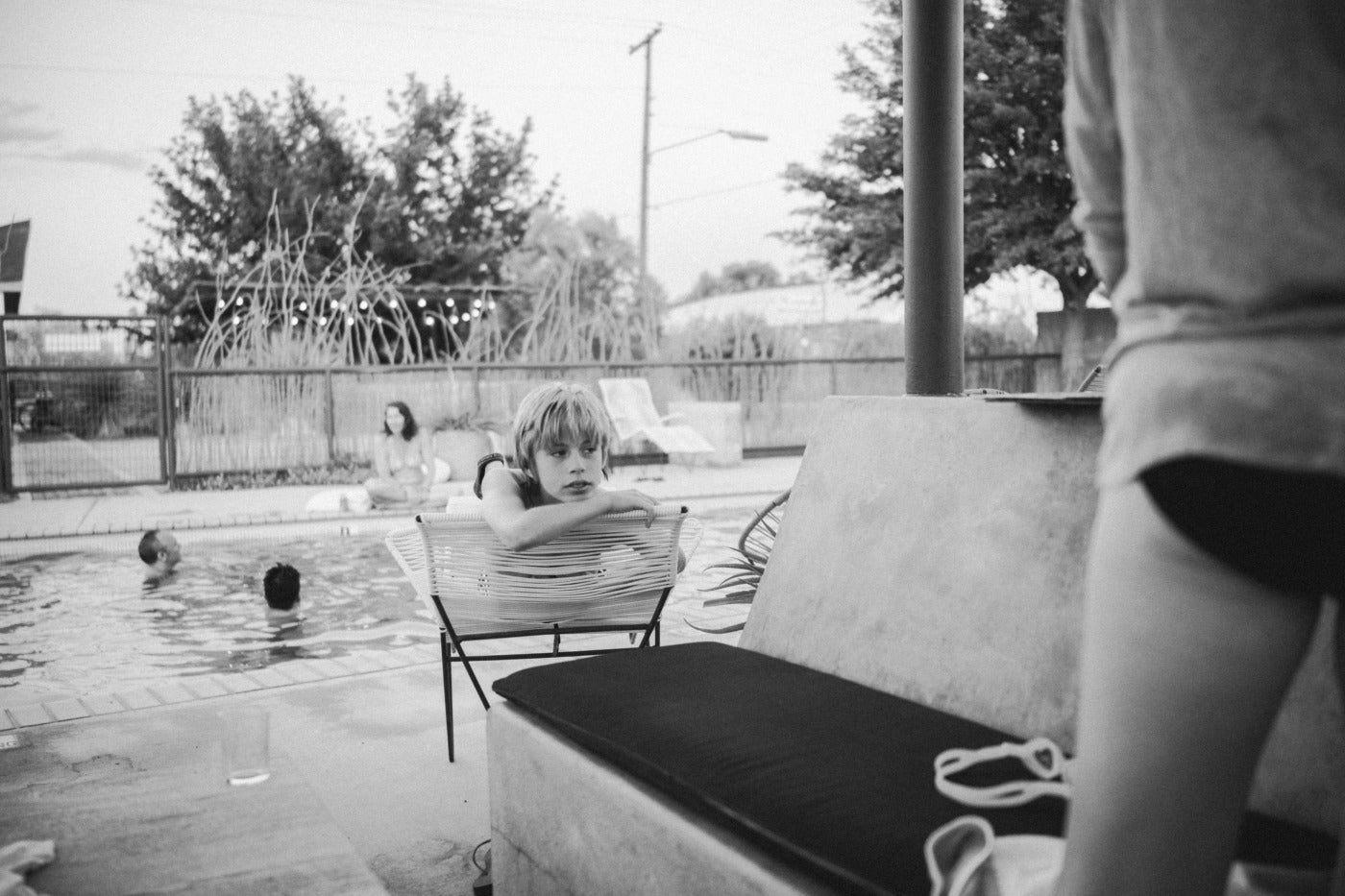 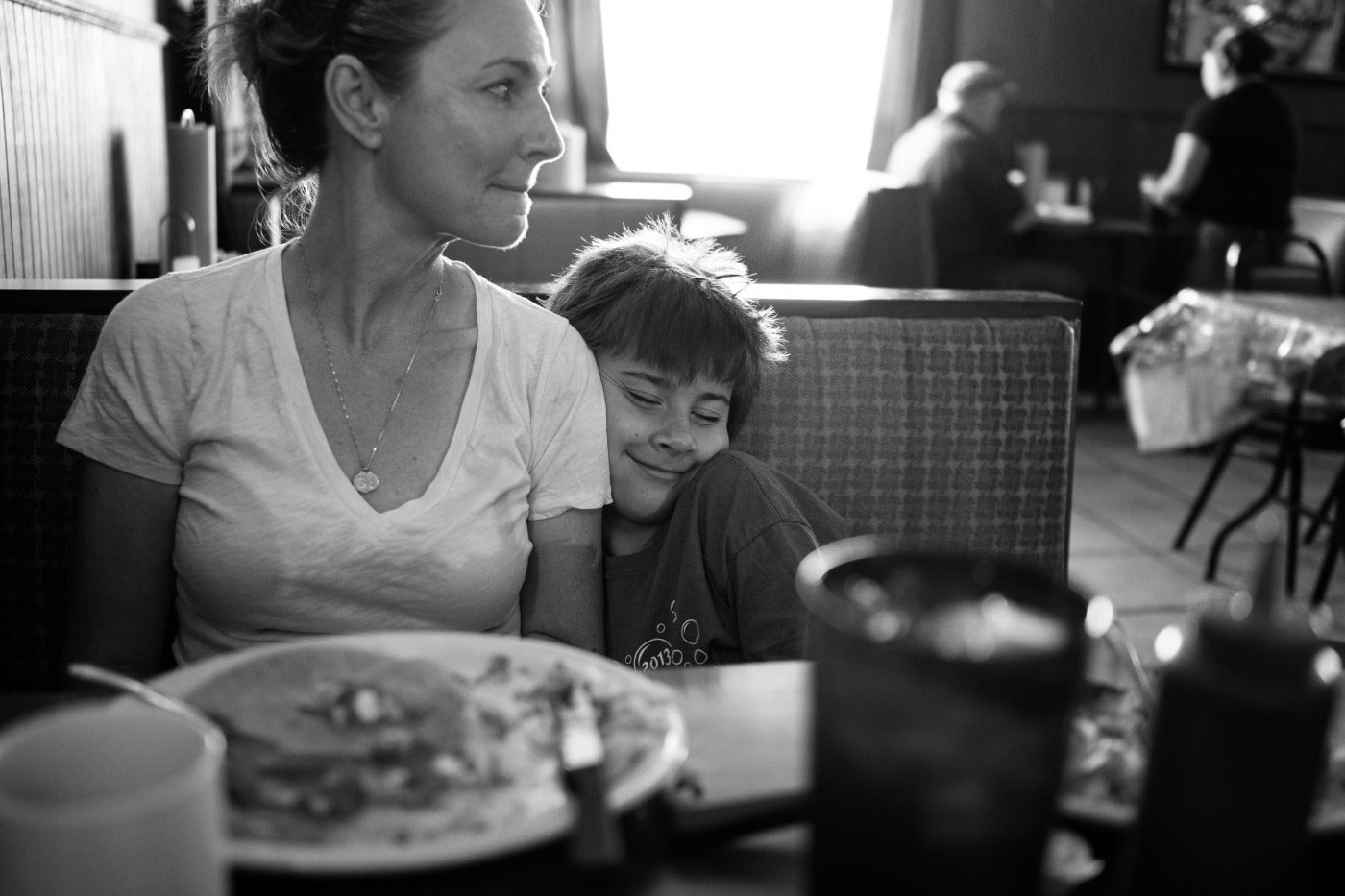